All the fun of the fair

This one needs no introductions, quite simply the the iconic symbol of Pripyat.
The main thing that struck me was just how small it is. when you think there was around 50,000 folk in and around
Pripyat they were gonna queue to get on a ride.

Sadly though they never got the chance did they?

The Chernobyl disaster, also referred to as the Chernobyl accident, was a catastrophic nuclear accident. It occurred on 25–26 April 1986 in the No. 4 light water graphite moderated reactor at the Chernobyl Nuclear Power Plant near the now-abandoned town of Pripyat, in northern Ukrainian Soviet Socialist Republic, Soviet Union, approximately 104 km (65 mi) north of Kiev.

The event occurred during a late-night safety test which simulated a station blackout power-failure, in the course of which safety systems were intentionally turned off. A combination of inherent reactor design flaws and the reactor operators arranging the core in a manner contrary to the checklist for the test, eventually resulted in uncontrolled reaction conditions. Water flashed into steam generating a destructive steam explosion and a subsequent open-air graphite fire. This fire produced considerable updrafts for about nine days. These lofted plumes of fission products into the atmosphere. The estimated radioactive inventory that was released during this very hot fire phase approximately equaled in magnitude the airborne fission products released in the initial destructive explosion. This radioactive material precipitated onto parts of the western USSR and Europe.

During the accident, steam-blast effects caused two deaths within the facility; one immediately after the explosion, and the other, compounded by a lethal dose of radiation. Over the coming days and weeks, 134 servicemen were hospitalized with acute radiation sickness (ARS), of which 28 firemen and employees died in the days-to-months afterward from the radiation effects.[6] Additionally, approximately fourteen radiation induced cancer deaths among this group of 134 hospitalized survivors, were to follow within the next ten years (1996). Among the wider population, an excess of 15 childhood thyroid cancer deaths were documented as of 2011. It will take further time and investigation to definitively determine the elevated relative risk of cancer among the surviving employees, those that were initially hospitalized with ARS and the population at large.

The Chernobyl accident is considered the most disastrous nuclear power plant accident in history, both in terms of cost and casualties. It is one of only two nuclear energy accidents classified as a level 7 event (the maximum classification) on the International Nuclear Event Scale, the other being the Fukushima Daiichi nuclear disaster in Japan in 2011. The struggle to safeguard against scenarios which were perceived as having the potential for greater catastrophe, together with later decontamination efforts of the surroundings, ultimately involved over 500,000 workers and cost an estimated 18 billion rubles.

The remains of the No. 4 reactor building were enclosed in a large cover which was named the "Object Shelter", often known as the sarcophagus. The purpose of the structure was to reduce the spread of the remaining radioactive dust and debris from the wreckage and the protection of the wreckage from further weathering. The sarcophagus was finished in December 1986 at a time when what was left of the reactor was entering the cold shut-down phase. The enclosure was not intended as a radiation shield, but was built quickly as occupational safety for the crews of the other undamaged reactors at the power station, with No. 3 continuing to produce electricity up into 2000.

The accident motivated safety upgrades on all remaining Soviet-designed reactors in the RBMK (Chernobyl No. 4) family, of which eleven continued to power electric grids as of 2013.
​

We got here early, you have to if you don't want humans in your photos and lets be honest...ya don't.

It is small with not a lot in it to be honest. I was little underwhelmed and the sky didn't help either, just a dull,flat grey.

Once you start taking photos though and get amongst the dodgems, it hits you or it did me that sadly you are standing in a spot the the very people it was made for will never do.
The children that were supposed to be having fun here have probably had a miserable existance in some shitty little flat somewhere courtesy of the soviet government, or worse.​

I actually found this place of fun the saddest part of the whole thing.​ 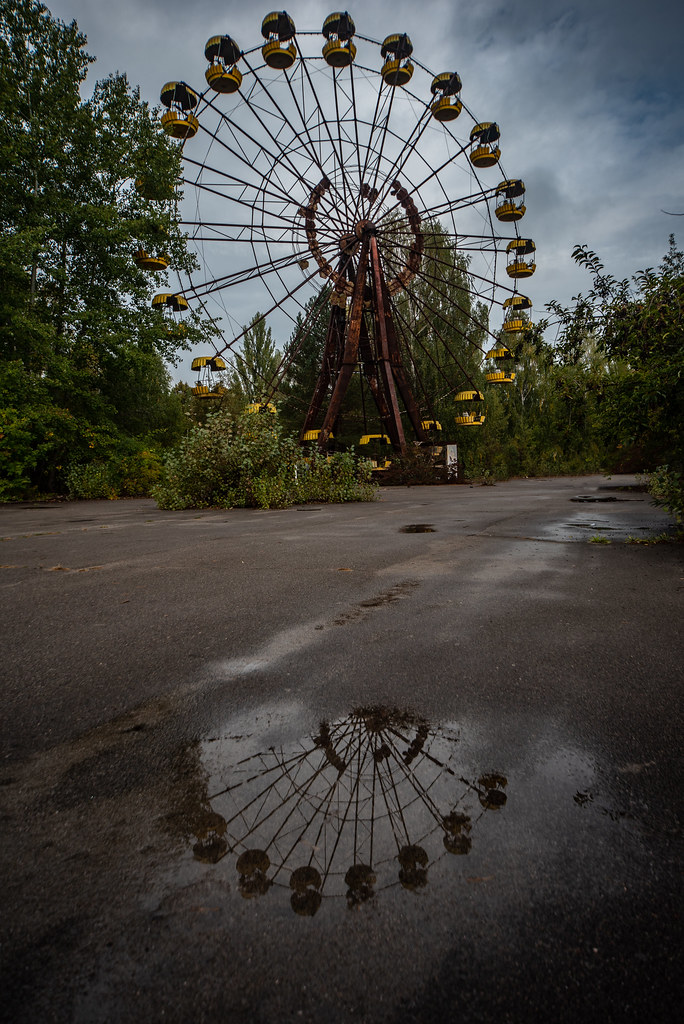 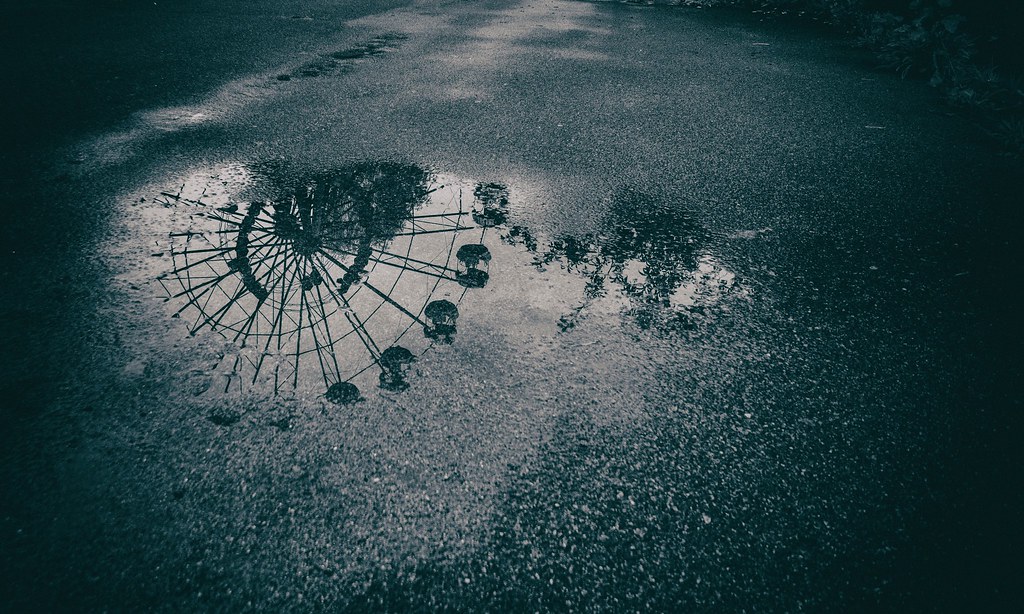 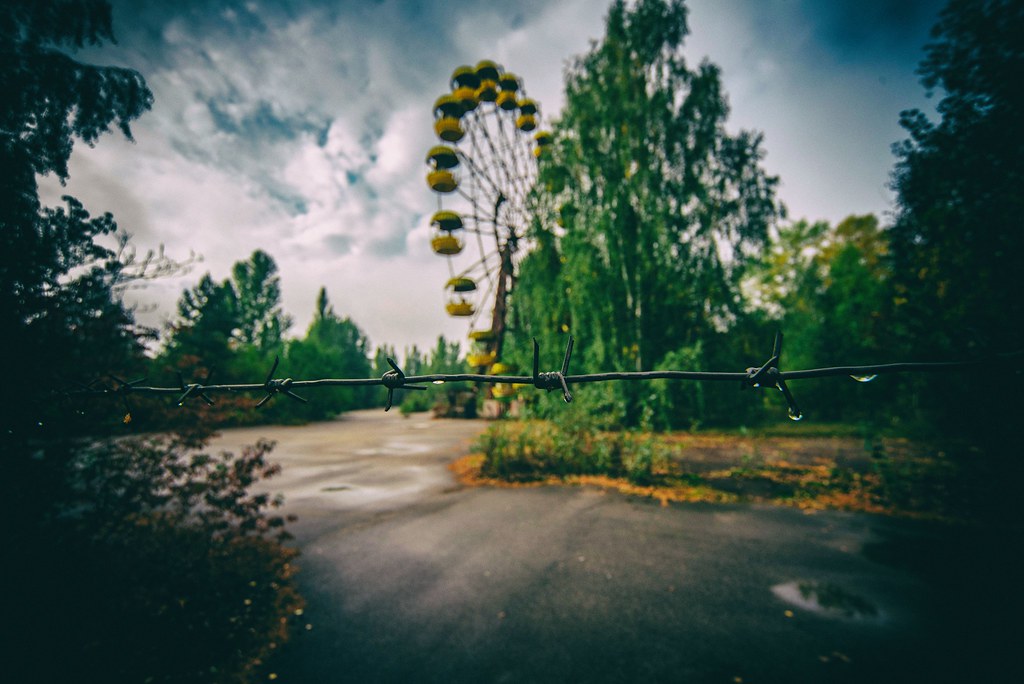 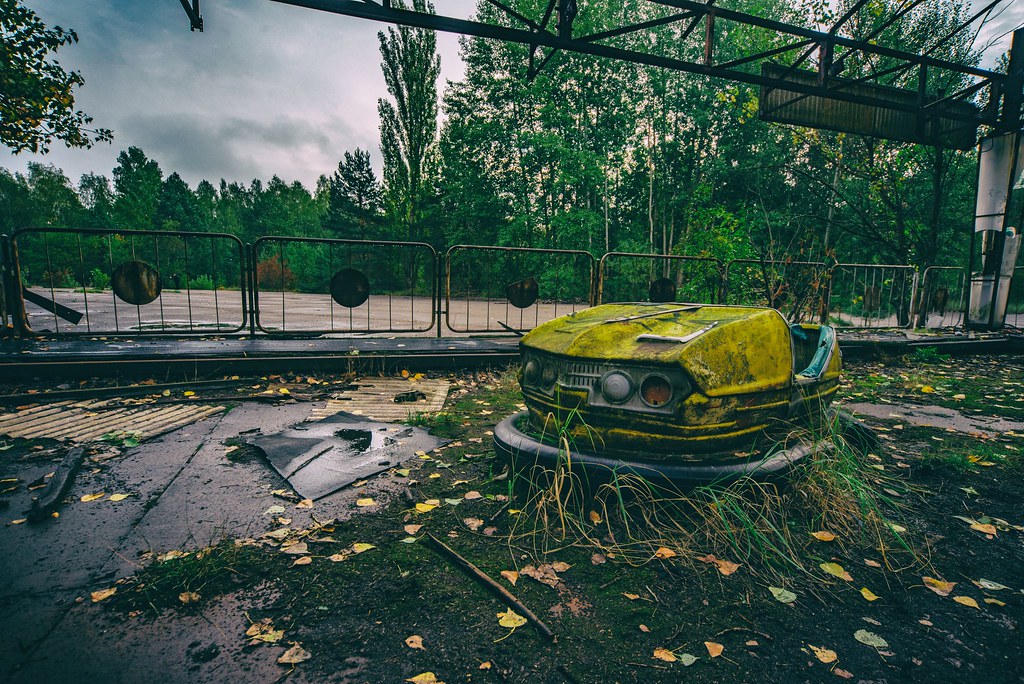 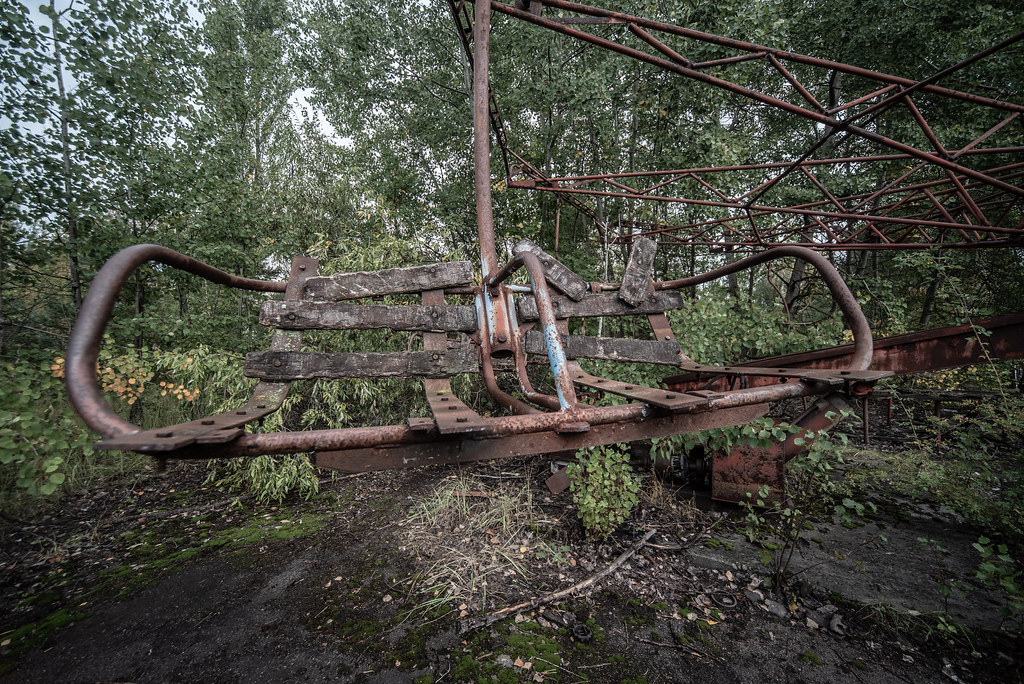 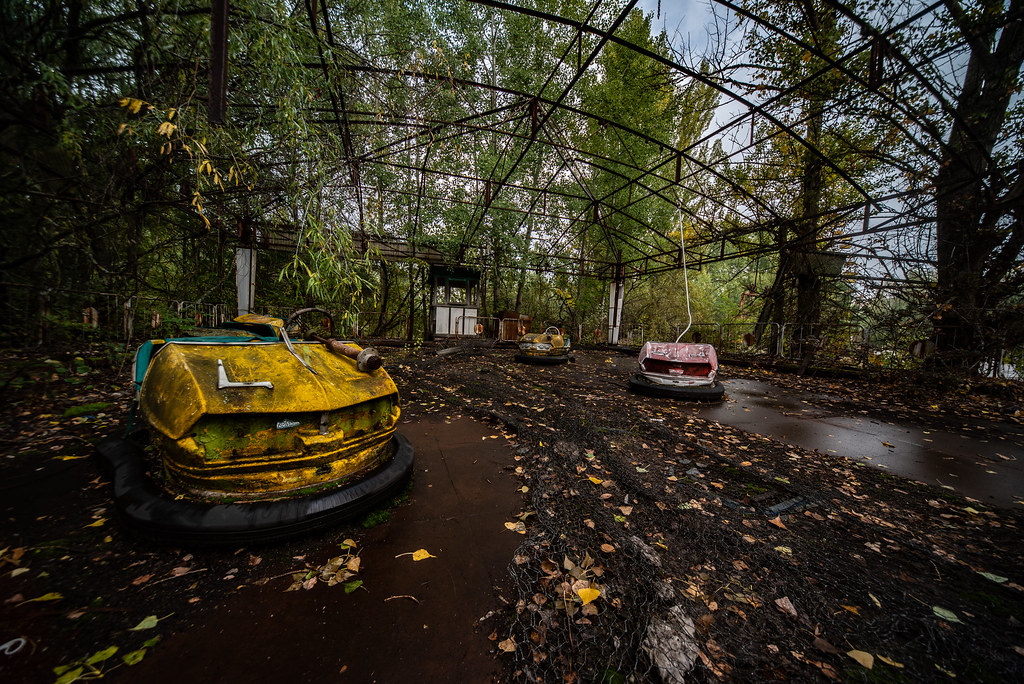 Very, very well captured that mate. If ever a photo sums shit up it has to be your 1st one. Plus I'm pretty sure the extra head you grew will drop off sooner or later!
W

Ta mate
You are too kind sir

Yeah that first pic does it for me, an excellent capture, well done!
W

Such a sad sight.nice pics though.nice to see the reflections

blacksnake said:
Very, very well captured that mate. If ever a photo sums shit up it has to be your 1st one. Plus I'm pretty sure the extra head you grew will drop off sooner or later!
Click to expand...

Or you'll metamorphose into a Moderator. Nicely Done
W

smiler said:
Or you'll metamorphose into a Moderator. Nicely Done
Click to expand...