Ashby Tunnel was originally opened as a canal tunnel in 1804, connecting the Coventry canal from Bedworth to mining districts around Moira, Leicestershire. Towards the northern end of the tunnel, several tramways were built in favour of canals due to costs. Work on the tunnels cutting was authorised in 1799 and was overseen by engineer John Hodgkinson. It was a requirement that the tunnel's walls at the sides must be a minimum of 18" thick, the arch 13" and the invert 9". The width of the tunnel was also required to be 11 feet wide. Traffic first passed through the tunnel in late 1802. Two years later, the possibility of creating a shaft to provide more light in the tunnel was looked into but thats as far as it went.
In 1845 the Midland Railway came along, looking to remove any possible competitors from the Leicestershire coalfields, and bought the Ashby canal for £110,000 (roughly £12,000,000 in todays money). They immediately worked towards building a line from Swannington and Leicester, at Coalville, through Moira to the newly acquired Birmingham-Derby route at Burton upon Trent. There was a clause however, "keep the canal intact and in good repair for the purposes of trade until the completion of the railway and as long after as may be deemed expedient". After 20 years, The Midland obtained an Act to extend its Worthington branch into Ashby-de-la-Zouch (Pronounced Ashby-de-la-zoosh), where it would meet up with the Leicester-Burton line. The majority of this was laid on the track bed of the Cloud Hill Tramway, only coming away from the tramway in places where they needed to realign the line to ease curvature. The tunnel was rebored to be able to have a standard gauge line to run through it. As well as widening the tunnel, the workmen shortened the tunnel at its western end. When it reopened as a rail link, it was just 308 yards long.
The route to Ticknell remained as a canal, requiring goods to be shipped at a wharf close to the tunnels eastern portal. A dwelling was built, with a weigh-bridge, there and was called tunnel House. This arrangement only last until the tramway was last used on 20th may 1913 and was officially closed in September 1915.
The section of track from New Lount Colliery to Ashby-de-la-Zouch, passing through the tunnel, lost its usual traffic prior to the second world war but used by the Army. The route returned to the London Midland Scotland Railway (LMS) on 1st January 1945 but traffic didn't return. The last train through the tunnel looks as though it was a rail tour on 28th June 1952 and the tunnel had its second official closure on 9th may 1955.
A gradient of 1:355, falling to the west, the tunnel is straight with a horse-shoe profile. The west portal is land-filled, possibly in the 80's when a dairy was built requiring the embankment to be dismantled. Water coming into the tunnel has been a problem right through its history. That was evident on the visit, very evident. There were weep holes bored at the bottom, whilst the tunnel was in use, to deal with this problem. As you'll see in this report, they no longer work. Although the tracks being long gone, indentations from the sleepers are still apparent.
This was our second attempt after a fail two months ago. By the time we got to the access point it was dark, so we had the cover of darkness and an opportunity for our first night report. When we got to the portal all we could hear was running water. On entry we discovered why, water was pouring in from the roof as you'll see in pics 11 and 12. Visited with The Wombat. 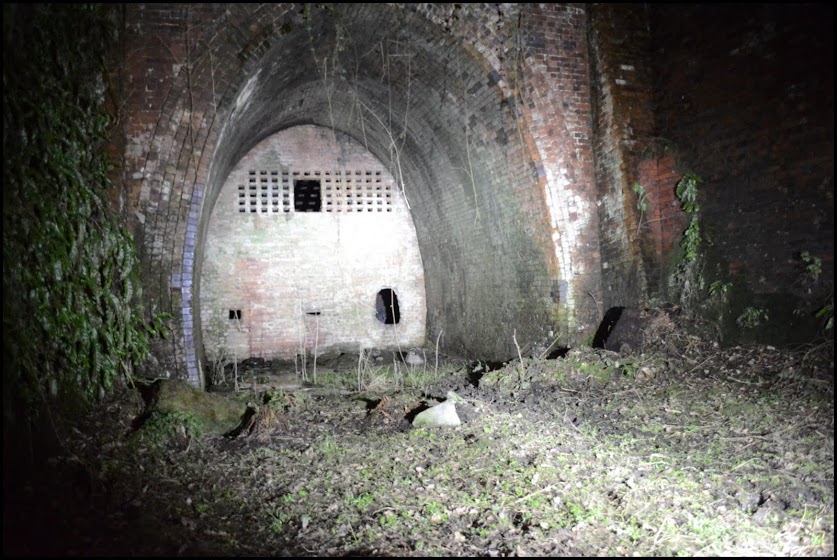 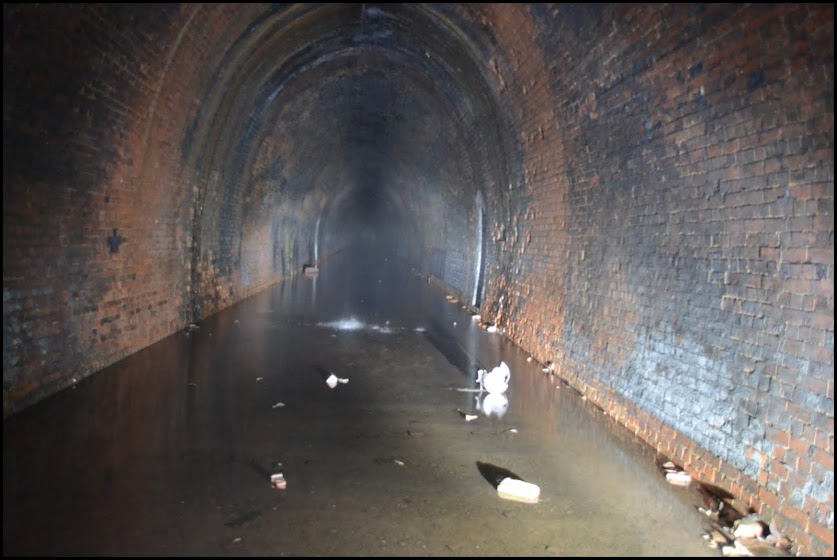 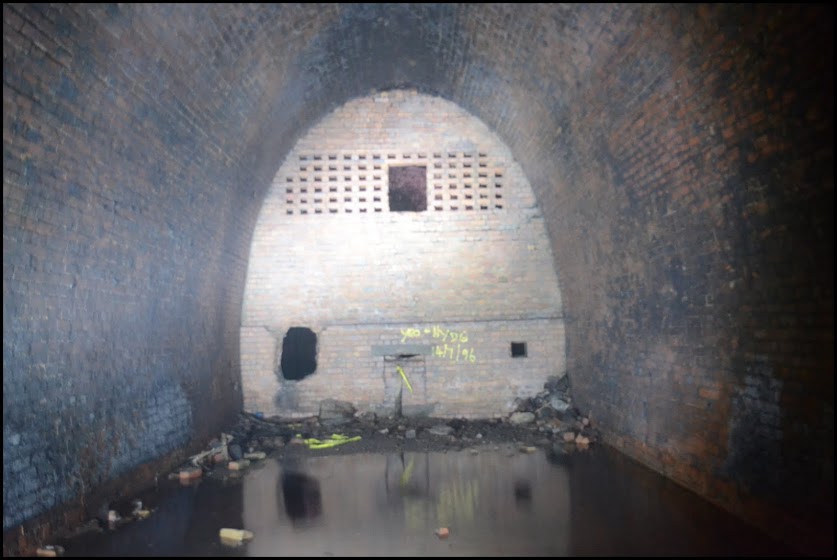 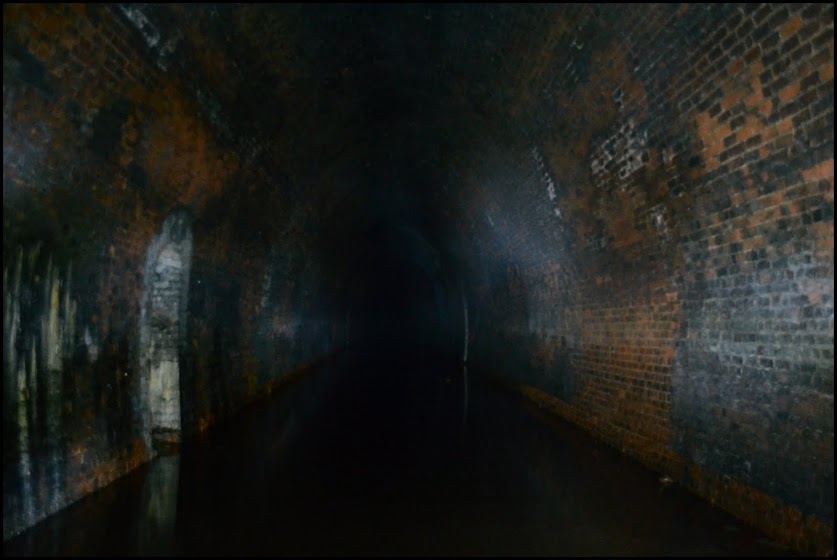 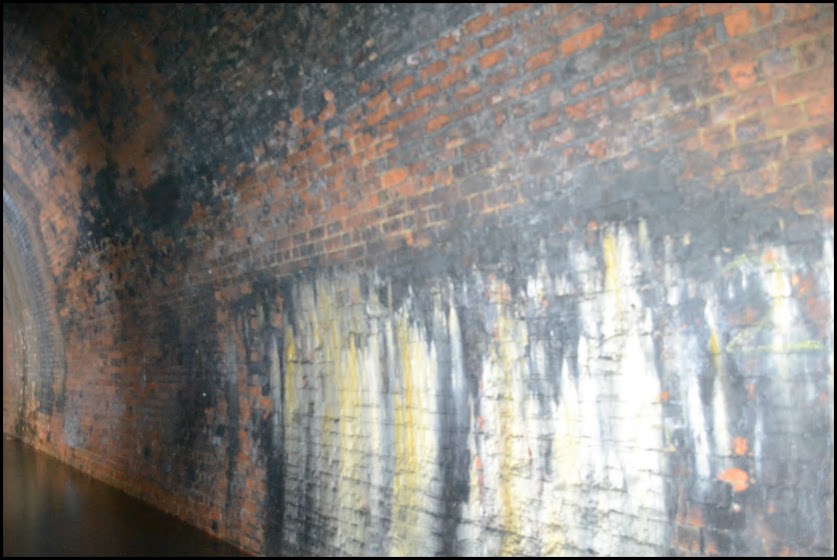 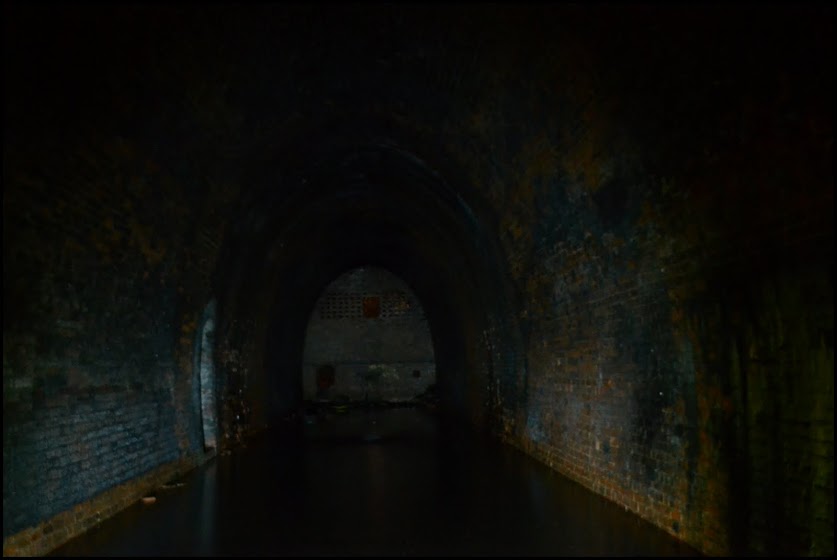 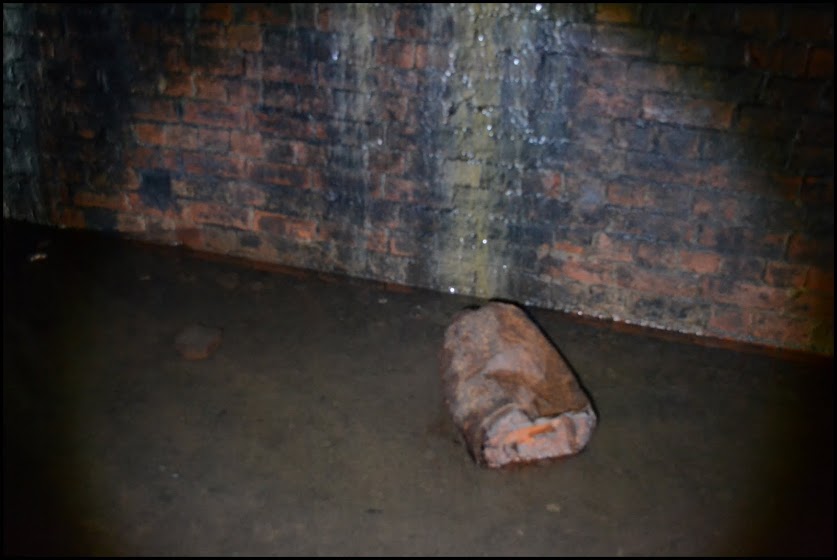 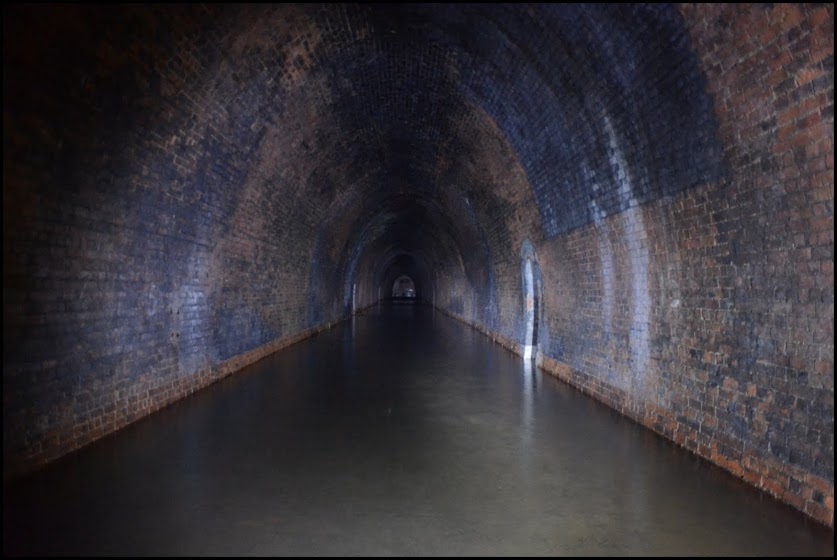 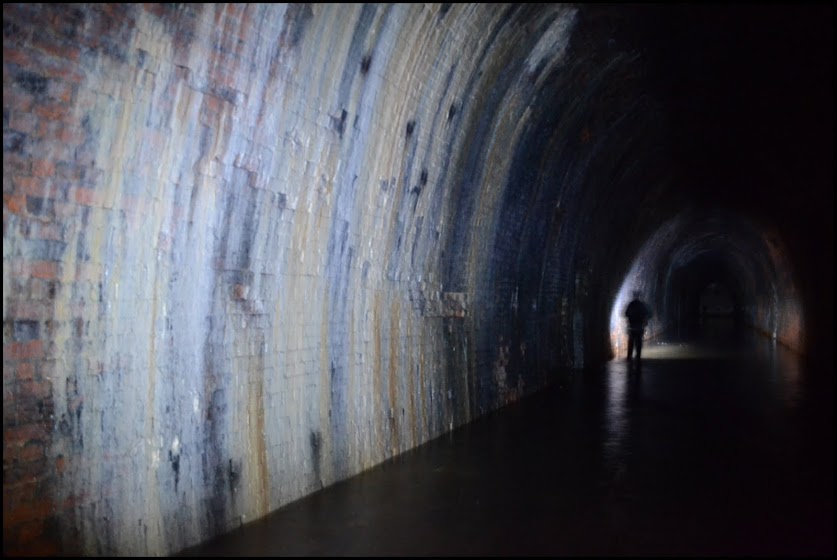 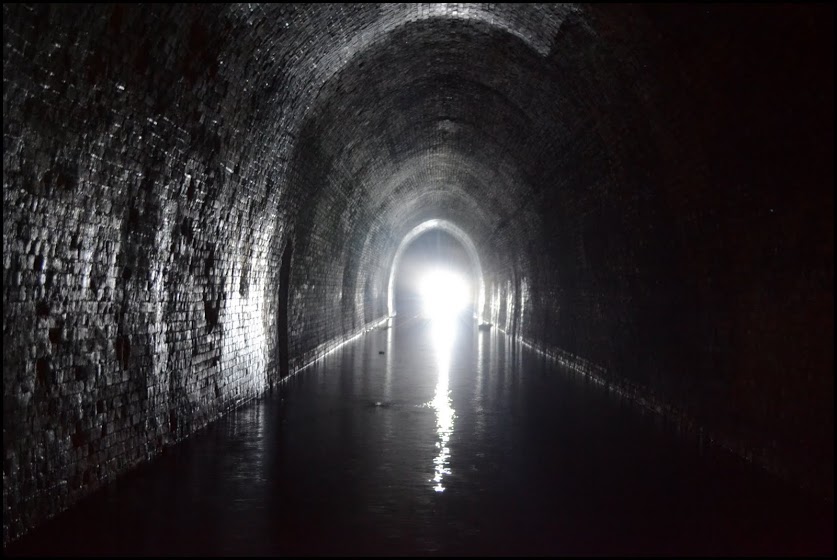 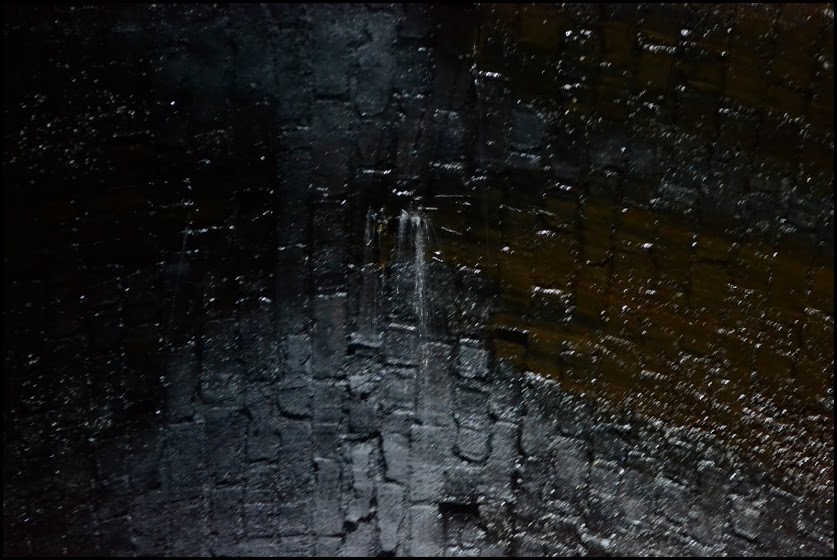 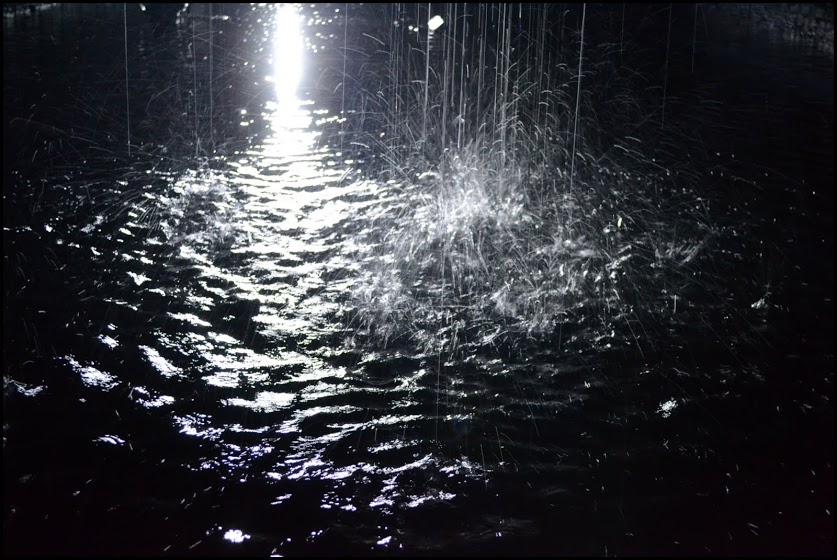 Cheers for Looking​
You must log in or register to reply here.