I distinctly remember in the early to mid nineties, watching films here with the family and then going on to Deep Pan Pizza in Aylesbury High Street for pizza and amazing hot chocolates with cream on top.

The Cambridge Street ODEON; an original Oscar Deutsch Art Deco cinema opened in June 1937 with “Dimples”. The cinema was tripled in 1973 and was overhauled once more in 1984. The cinema closed its doors on Halloween 1999 with “Runaway Bride”.

The opening of the Exchange Street ABC marked the closure of Cambridge Street and many staff moved over. This became an ODEON after ABC bought the company and incorporated the name in 2000. In 2008 I got a job at the new cinema and enjoyed over seven years of service and met some wonderful people.

Many of the people I worked with at the Exchange Street ODEON worked at Cambridge Street and shared some amazing stories about what Flea Pit cinemas were like to work at; a far cry from the safety and “shininess” of a modern multiplex cinema. One of the people I worked with at the new cinema unfortunately passed away during my seven year service at Exchange Street in 2012. He was a true legend, a fantastic person and we would always talk about his time working at Cambridge Street as a projectionist before his climb to management at Exchange Street.

Anyways, back to 2009; I was a new explorer, 18 years old, and shooting my site reports with a camcorder and taking the stills…. Not ideal at all. I was the first person to do a UE report on the Cambridge Street ODEON, and it was binned pretty quickly, it was frankly rubbish. The site soon became a tourist spot and many reports were produced from then on.

I revisited in August 2009, armed with my new camera and re-reported the site and produced a report which got a fairly good reception. I showed many people round this building during Summer and Autumn 2009 through to early 2010. In this time I did a few rooftop light trails both in the snow and on a clear night, had many fails and many successes.

In January 2010 after arranging a guided tour around this site I met TBM and Mookster for the first time and have since built close friendships with both of them. I visited the site one last time in March 2010 with former member “Layz”. By now I must have visited the old girl 10 times. I decided that would be my last explore. For now.

August 2010 saw a massive arson attack on the cinema which brought a prompt lock down. Sealed tight with metal sheeting and an alarm system installed, and for a time the shop next door had a security guard stationed inside.

That was it, the old girl was sealed for good…..
I was wrong, five years on and after a random check I found that it hadn’t been for some time by the look of it. I quickly called Mookster to tell him the good news and it was about time we returned to give it a proper send off with some decent photos. In Jan 2010 he only had a point and shoot, and I had a DSLR with a kit lens and little skill, coupled with not very good torches to light paint with, or skill in light painting.

We got up at stupid o’clock due to the cinemas proximity to Sainsbury’s but had to wait for about 2 hours as the deliveries were going in. This included being sung too and asked to play music on YouTube with a very drunk homeless gentlemen in McDonalds at 4:30am.

The time came in to make a dash, scrabble through a small jungle of weeds and get inside. Once inside the smell (even with a respy on) brought back memories of being 18/19 again, it was great to see inside another time. I thought I would never see the place again. Older and wiser to history; I was able to admire the pretty intact, and remaining art deco features, such as the plaster arches behind where the screens were divided up. Lovely.

It’s amazing how well the site has survived in five years. It all looks the same and even though the fire brigade put holes in the roof, she’s doing pretty well. Not knowing where the alarm inside was located we didn’t risk shooting the foyer, but there’s a lot of shots of it about and in my 2009 report.

So here you are, my revisit, 6 and a half years after to one of the most sentimental sites to me. I apologise about the sheer amount, but I think you’ll agree that it is wonderfully photogenic inside. 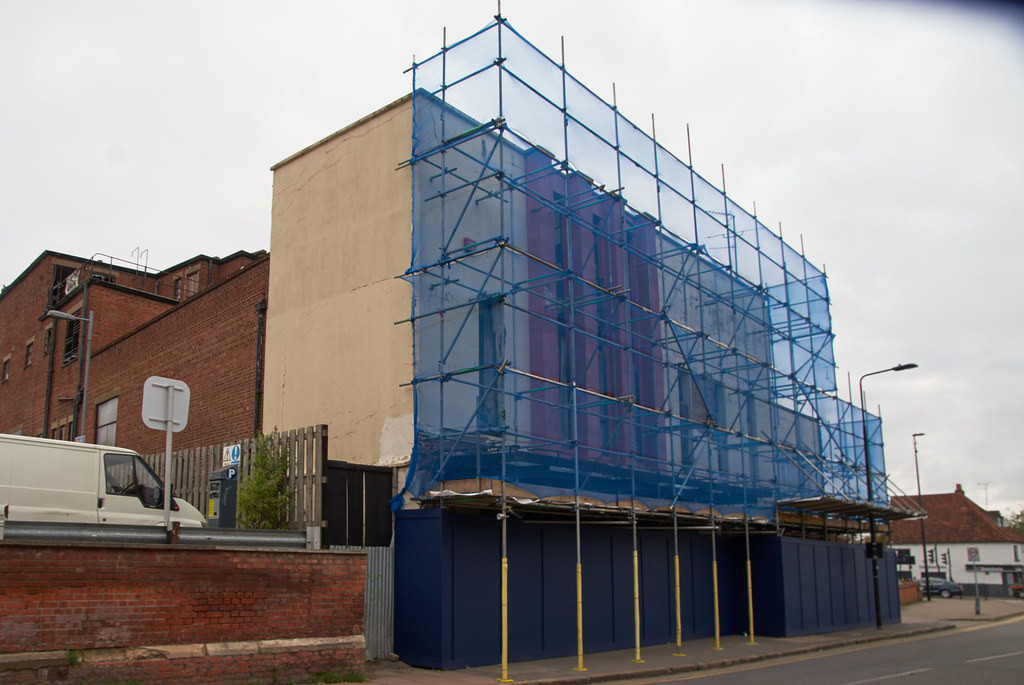 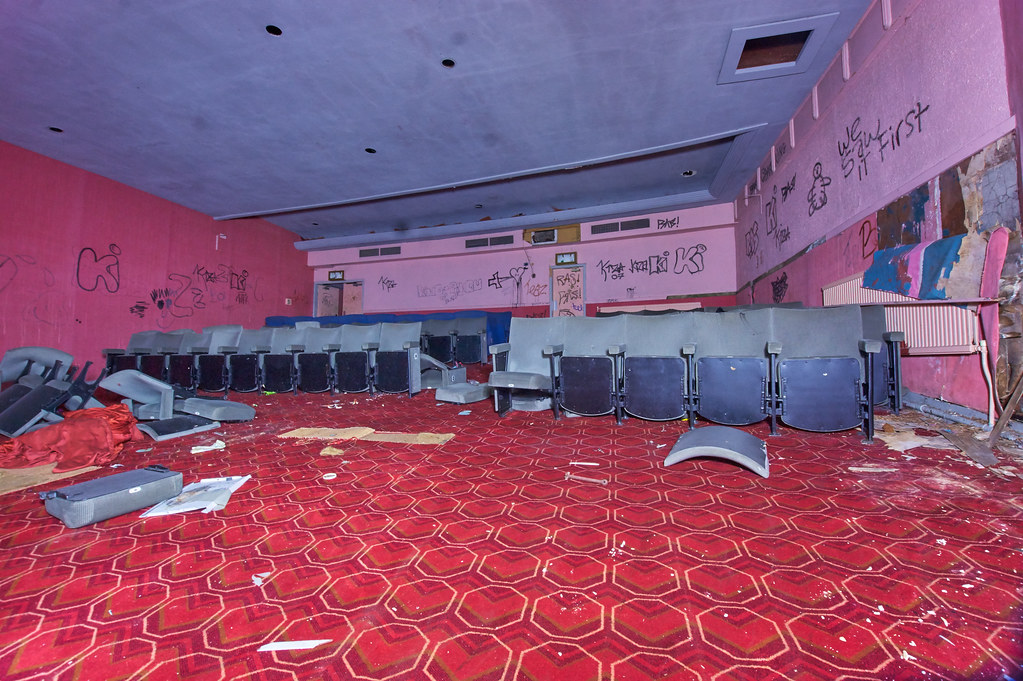 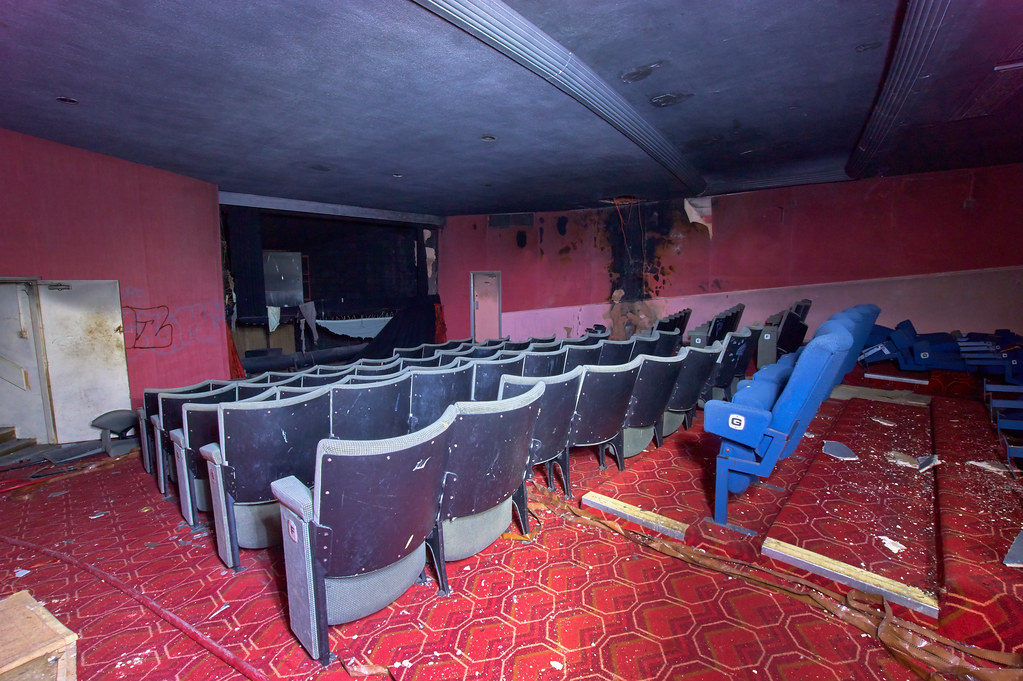 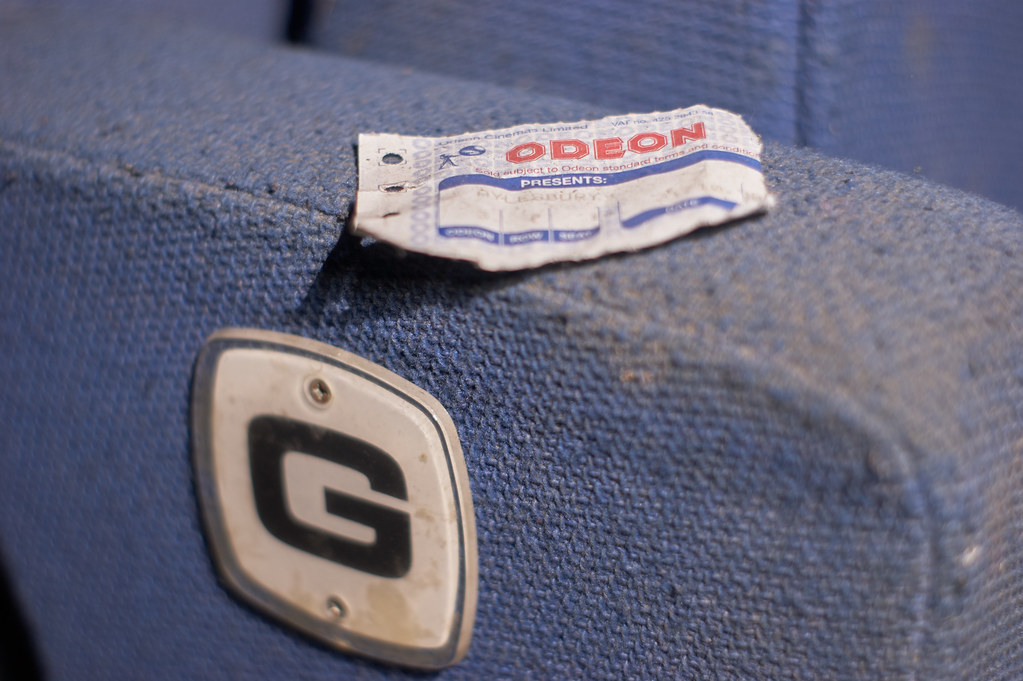 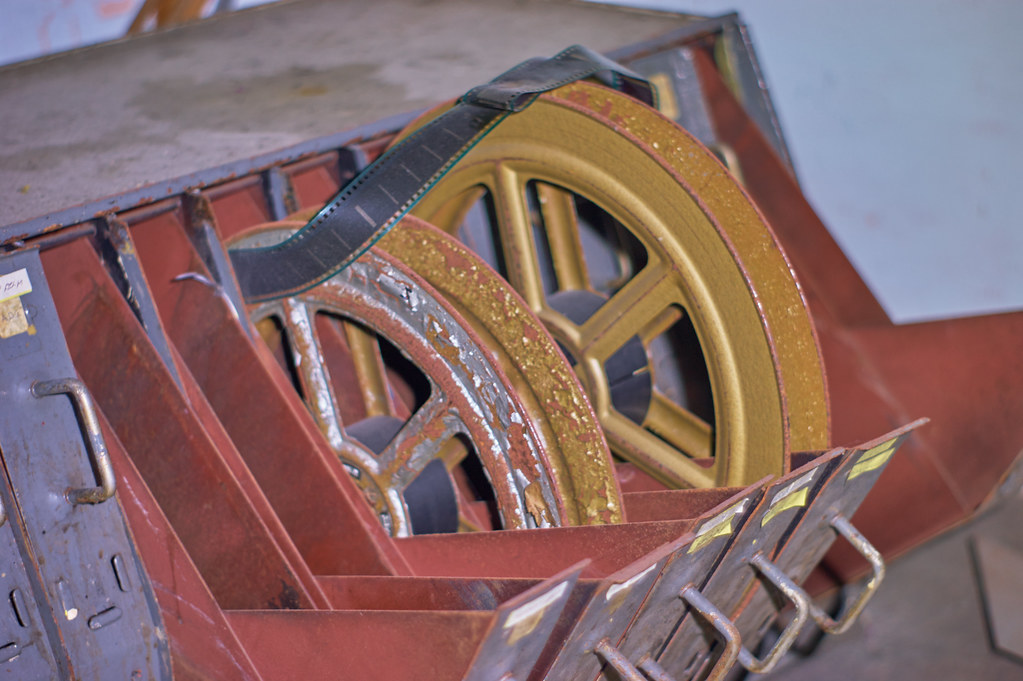 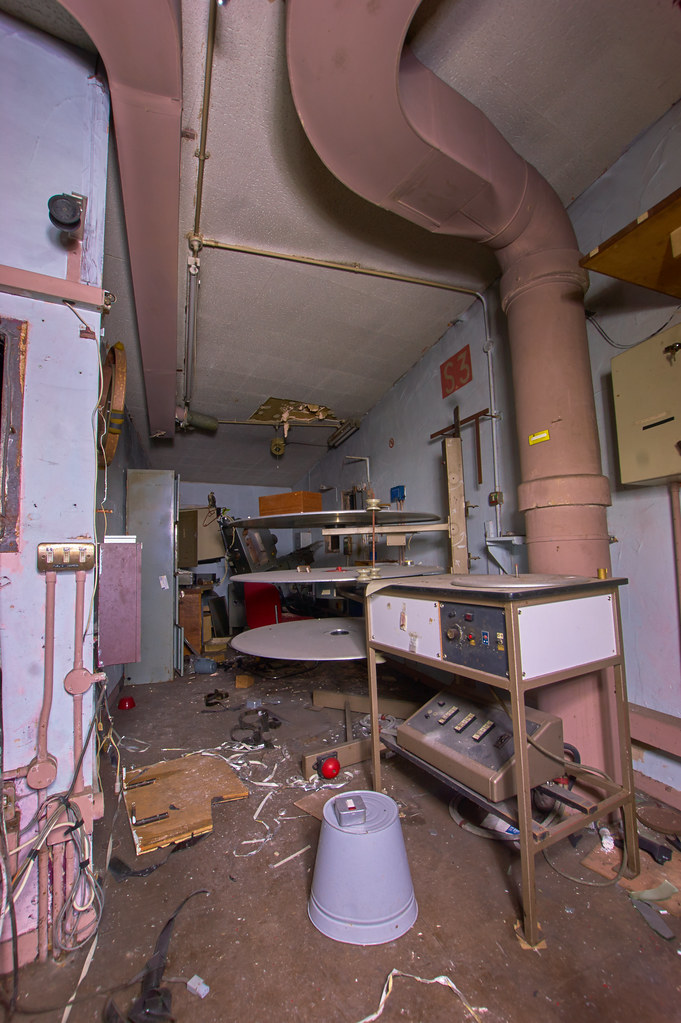 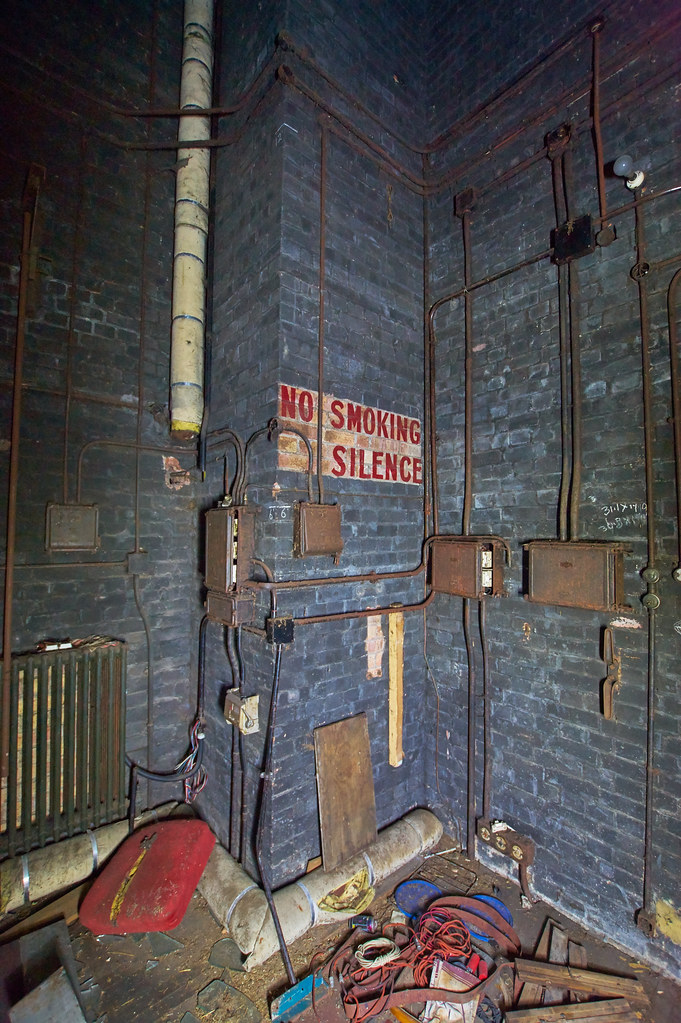 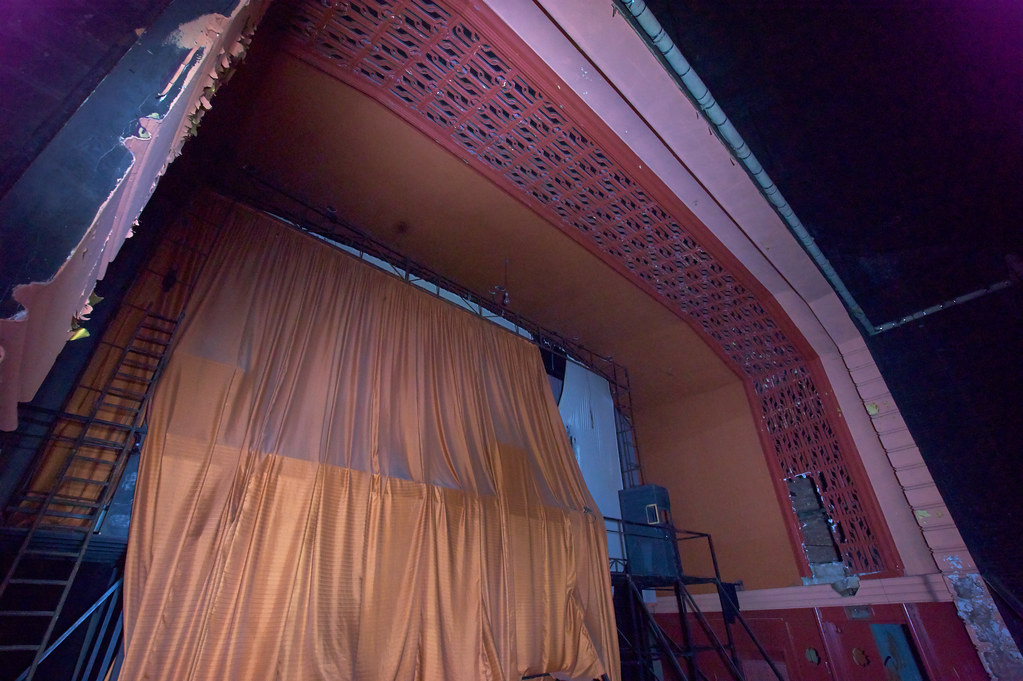 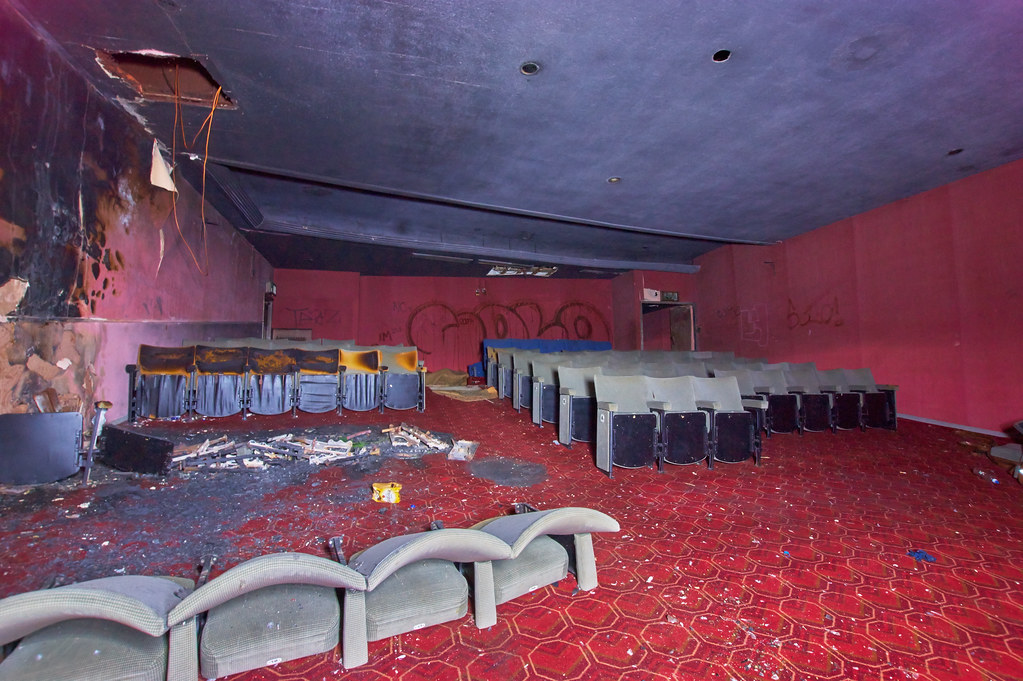 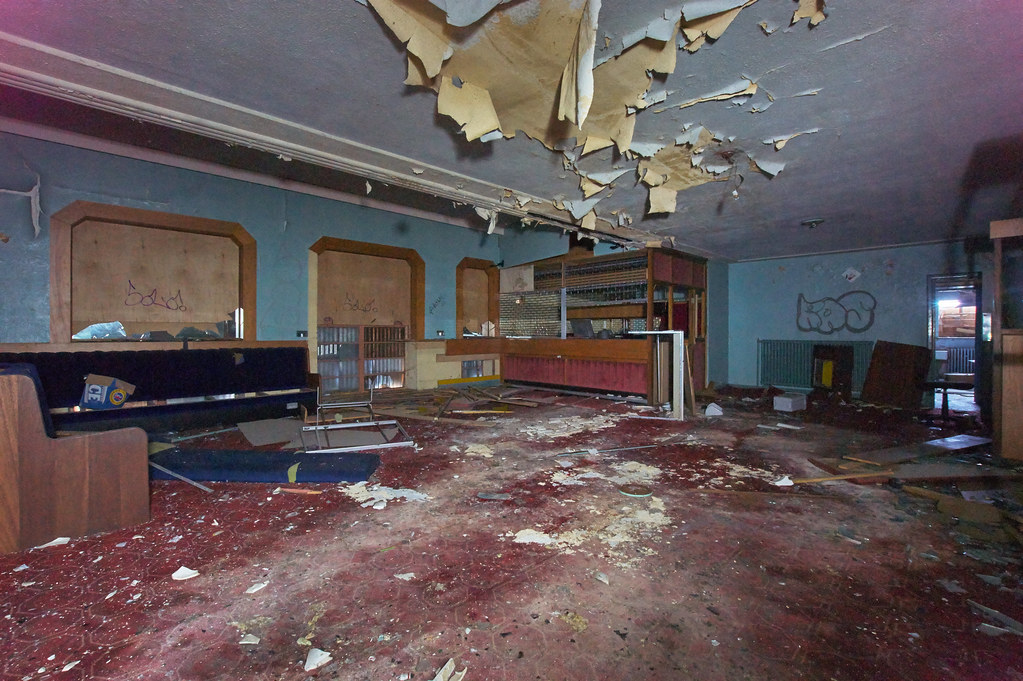 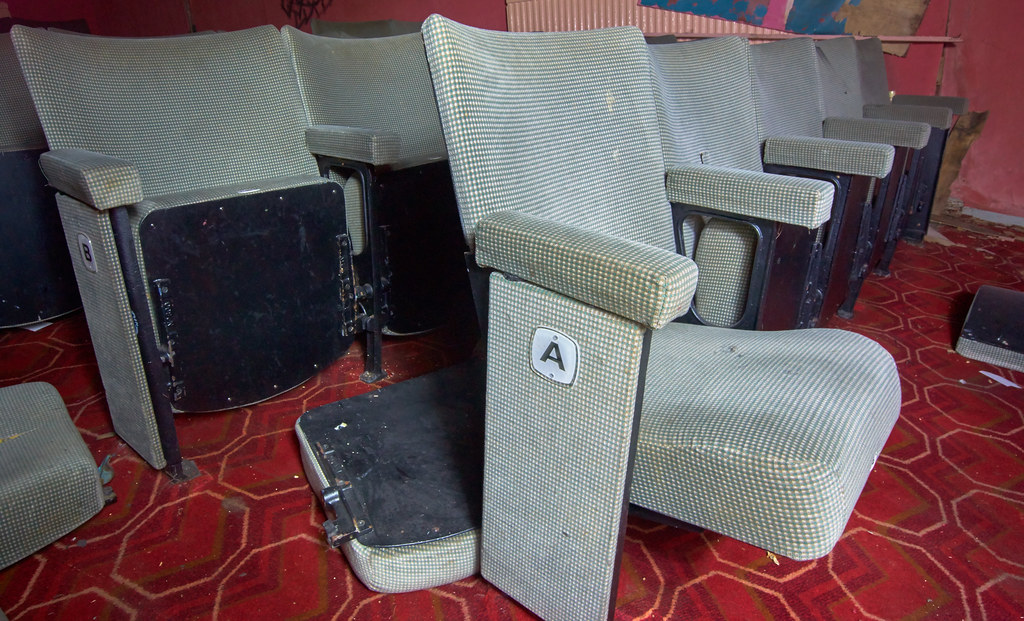 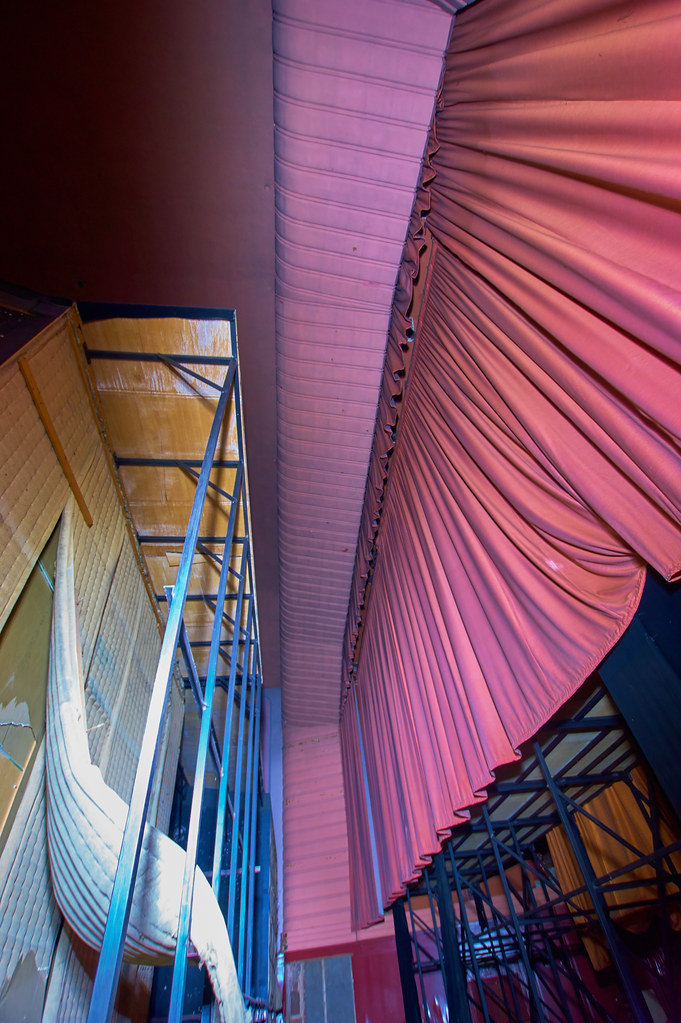 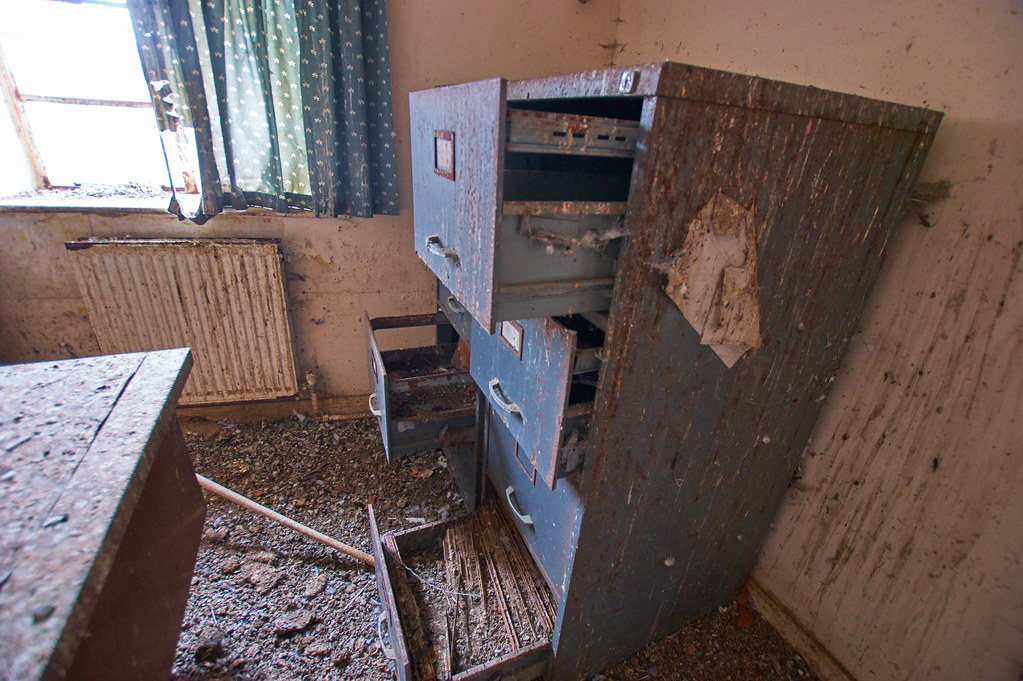 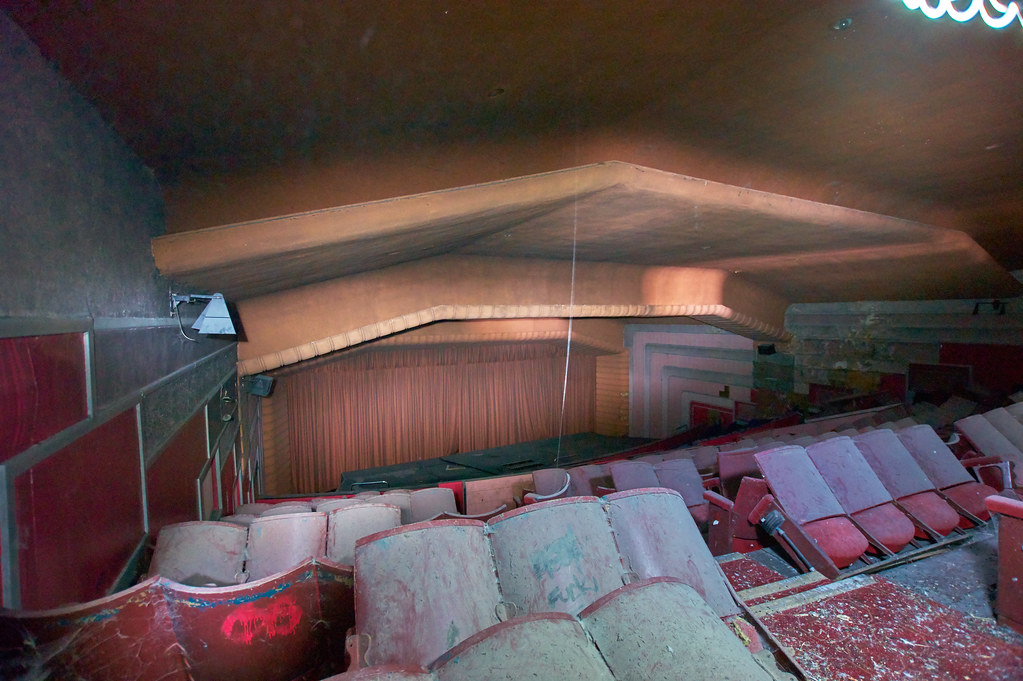 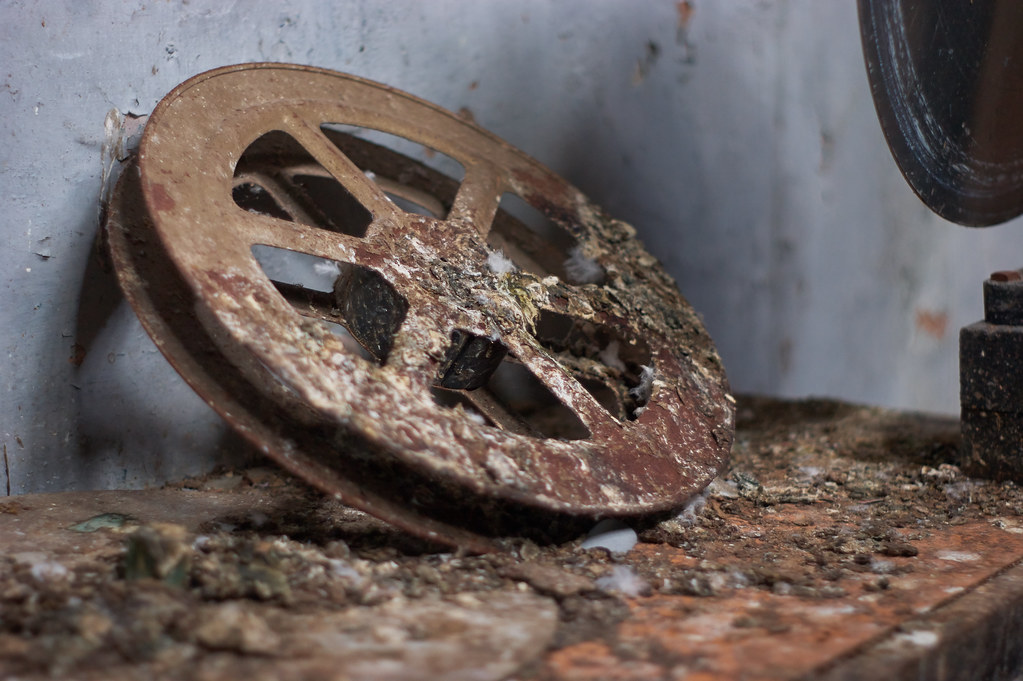 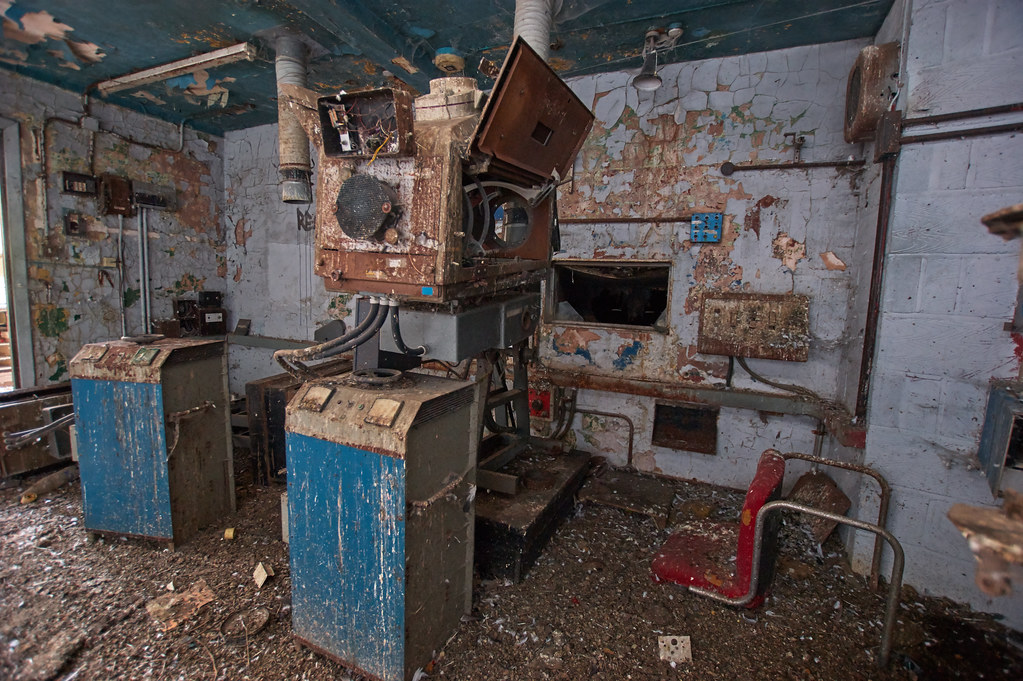 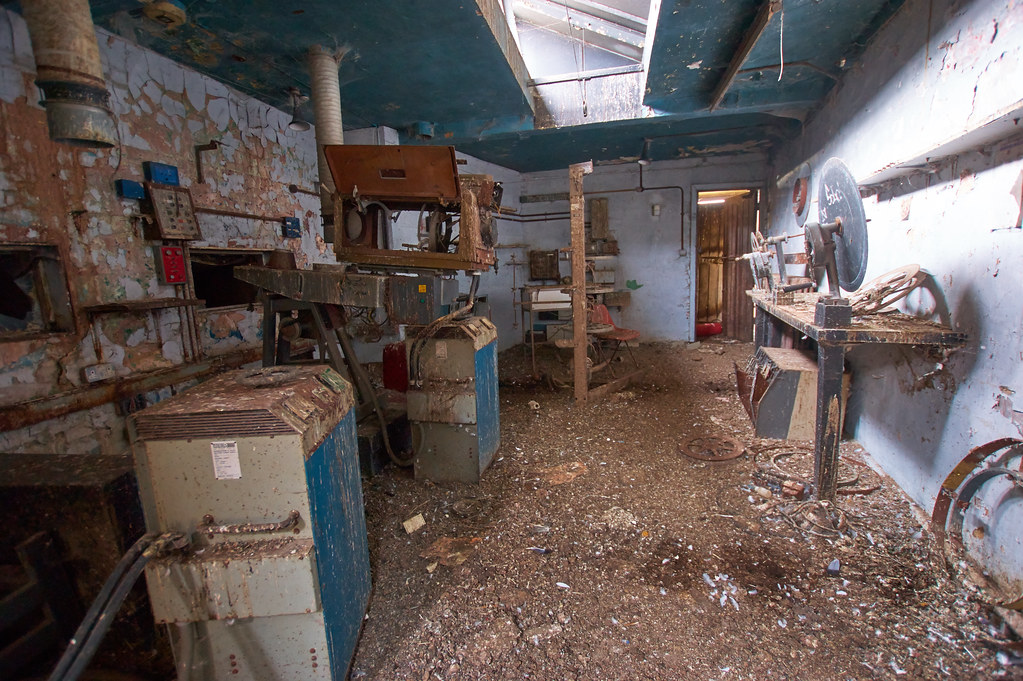 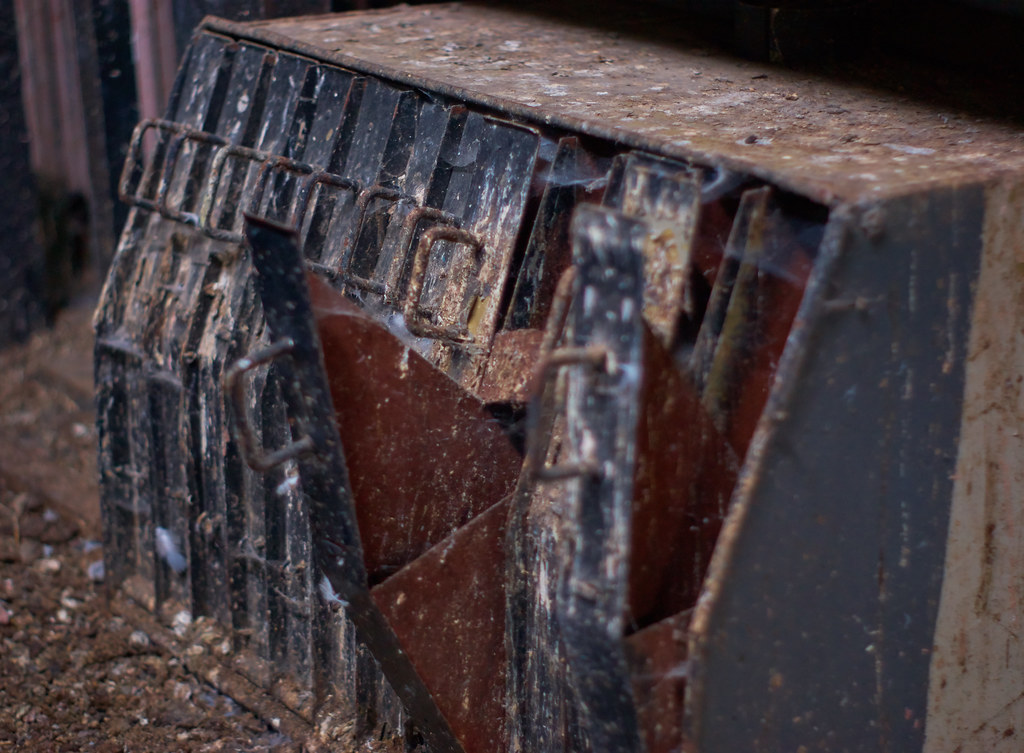 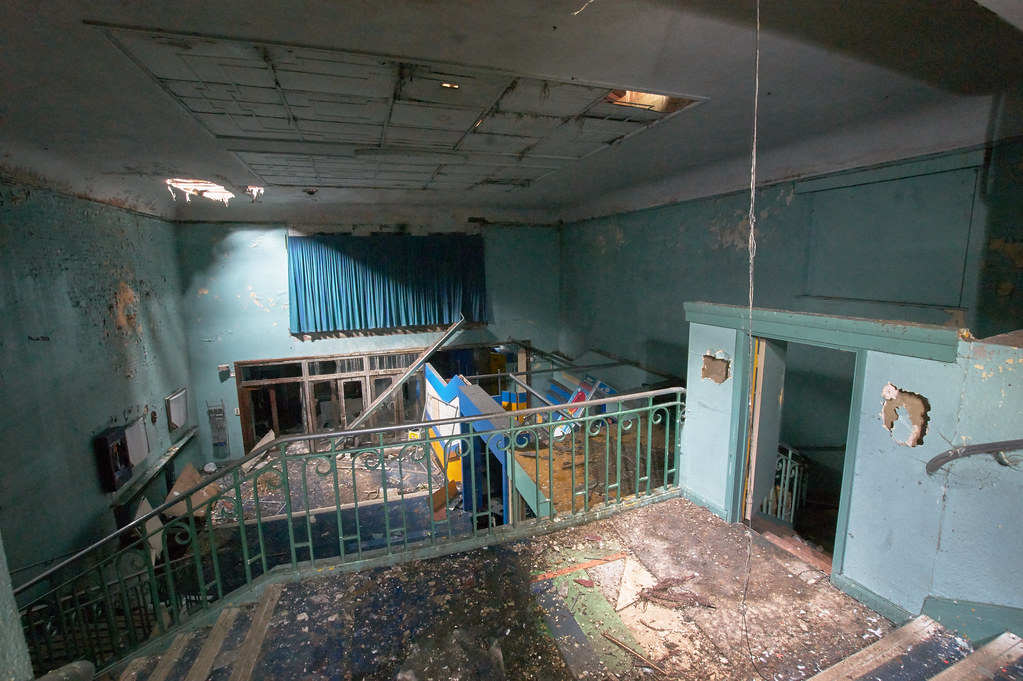 As always guys; thanks for looking, I hope you all took the time to read my words, as I write this I have realised how many emotional connections I have to this place.

Location
over the river from GY, Norfolk

Nice pics, always nice to reminisce on a site with fond memories.

Thanks Guys, Loved going back.

Read it and enjoyed it LM, Lovely Pics, Thanks
I

One of the best stories and shoots I've had the privilege to read and look at. Great work

Indiana Jones said:
One of the best stories and shoots I've had the privilege to read and look at. Great work
Click to expand...

Thanks so much, that means a great deal to me.

Thanks mate! It took a while to do!

Lovely write up, and a fantastic set of photos too!
Thanks for sharing