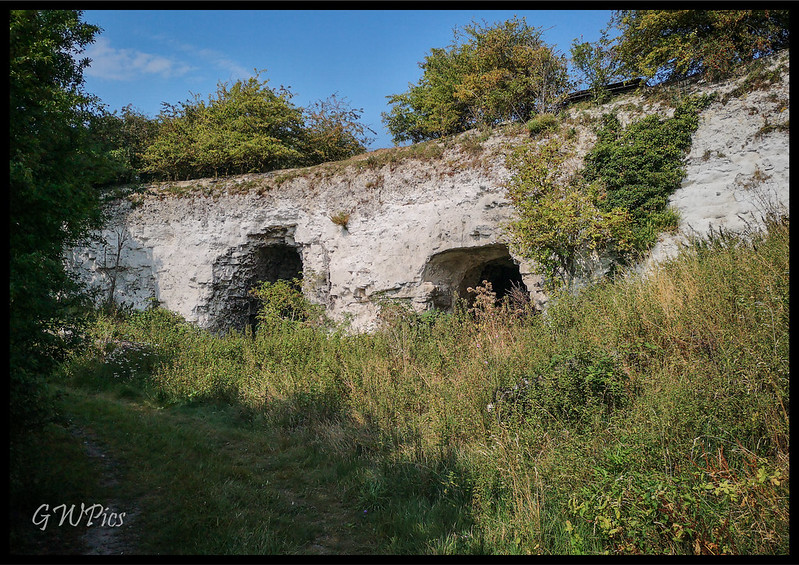 Underground site? barely to be honest I think this was an open cast quarry where they had a bit of a dapple with going into the hillside.

Just a tiny mine so just a tiny report, Im struggling to find any history on this one but believe it may of been started around 1909 though there was numerous chalk quarries in the area. 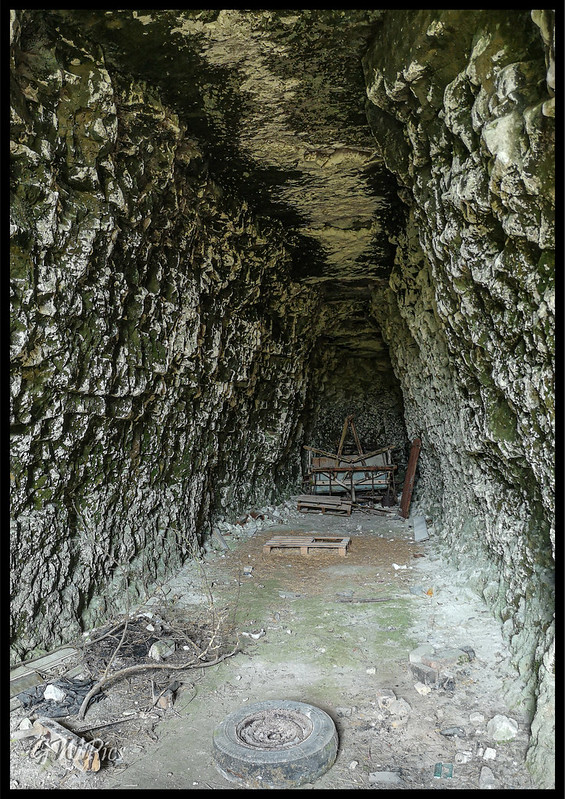 The "mine" basically consists of 4 drives into the chalk face that go back about 75ft, one has a nice vertical shaft, that is precariously covered with some bits of tin. 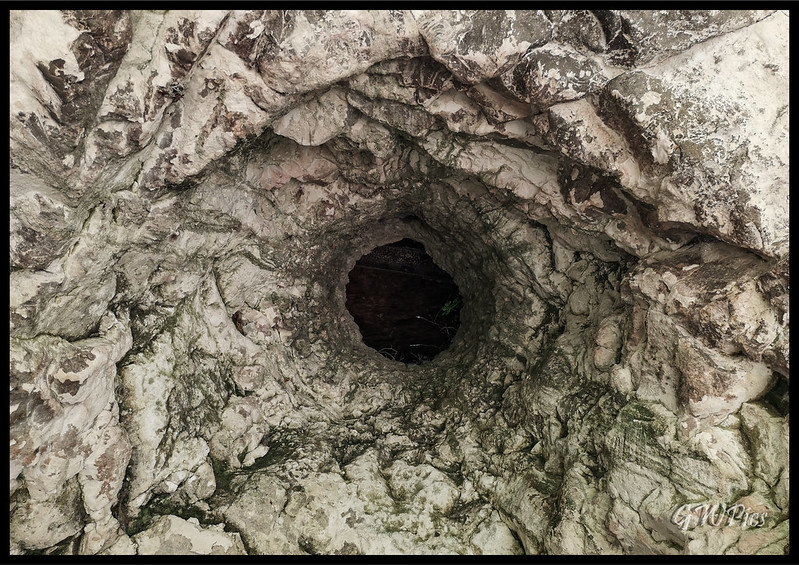 The rest have been used to store general crap & the obligatory asbestos sheets! 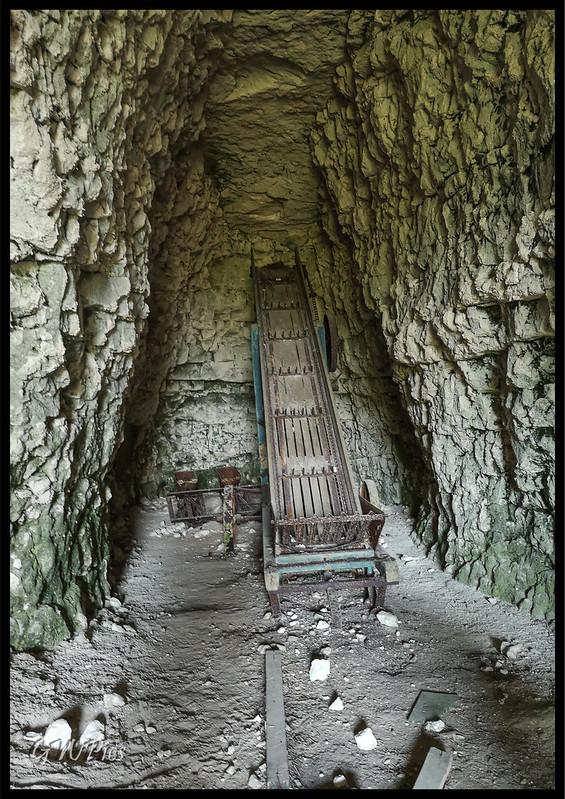 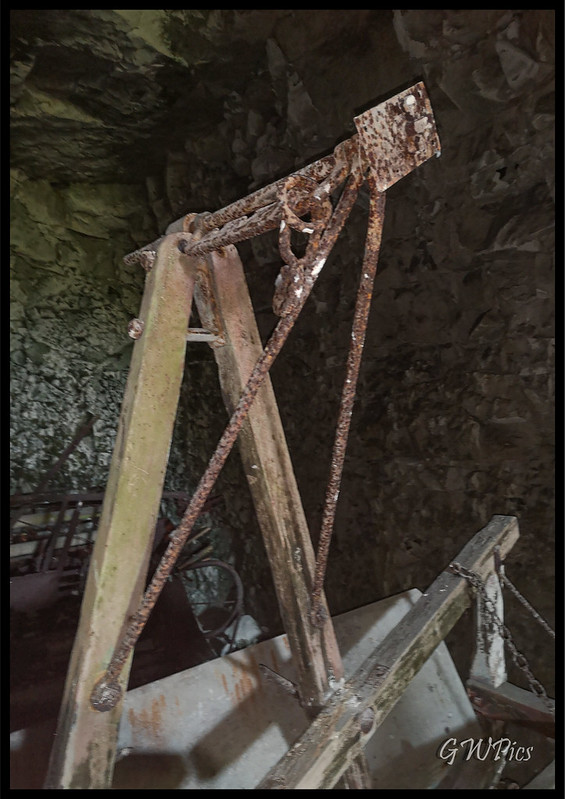 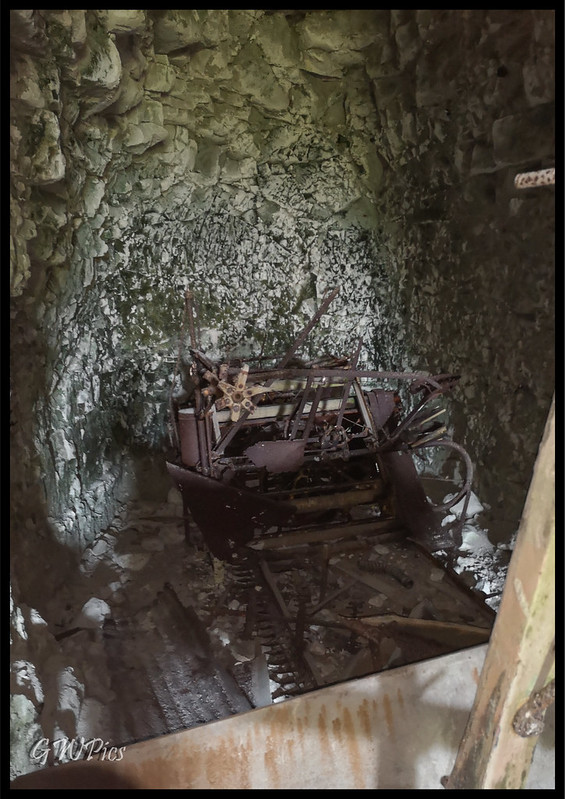 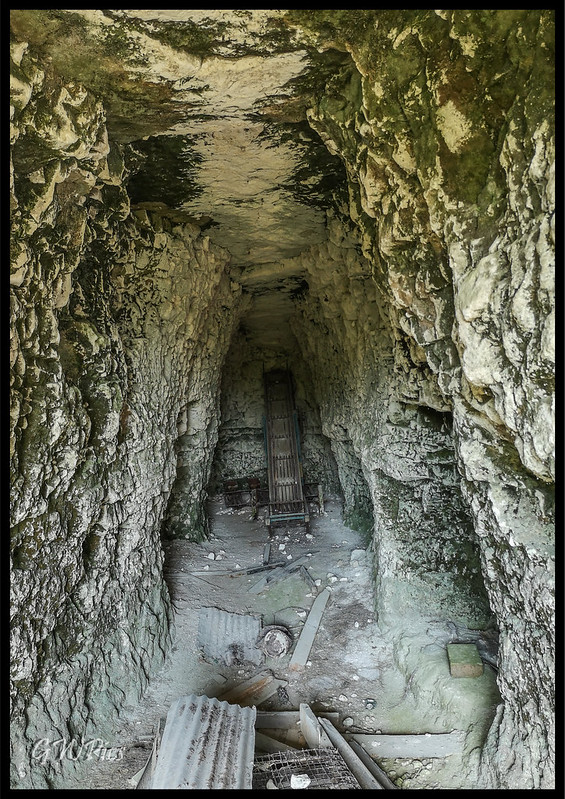 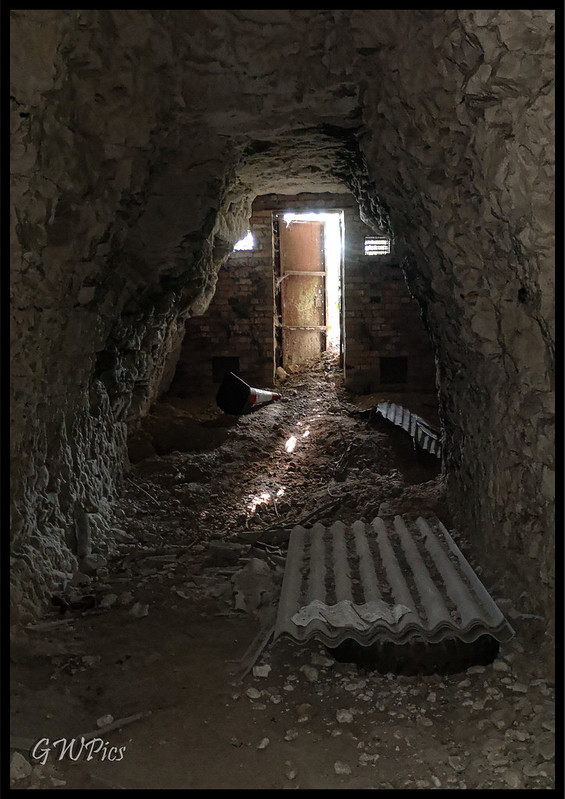 Down South Crofty Mine Redruth