Today's mission took us to the town of Wakefield in Yorkshire. After seeing a few reports and videos of this site, we knew we wanted to go. Although most of it is empty classrooms, there are a few sections with great modern architecture and we have never seen that before in an abandoned building. 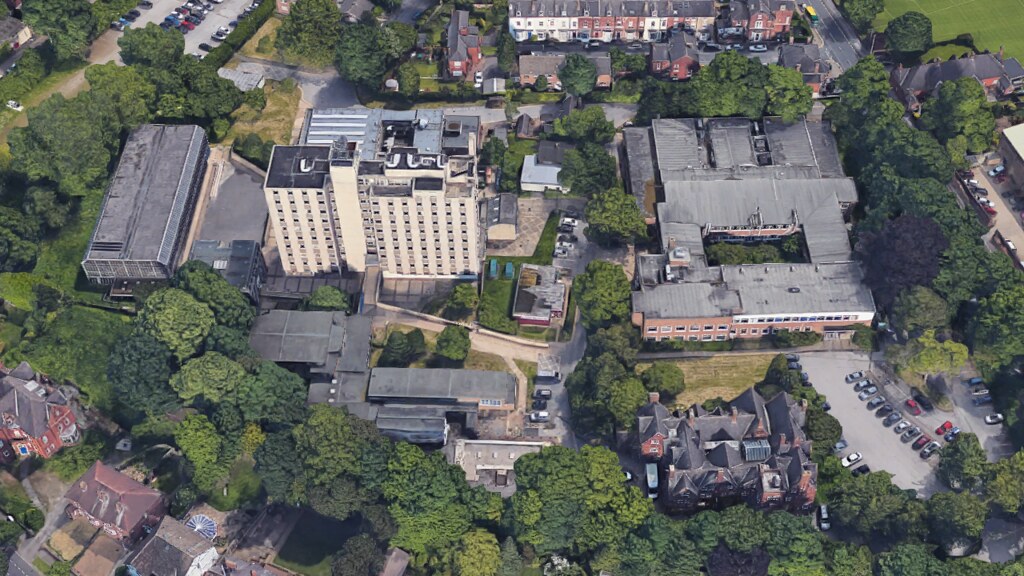 We've been wanting to go to Bishopgarth for a while but Wakefield is long way from home. Luckily we got an escort before it was gone.

We arrived at the site around midday with perfect cloudy weather I love for pictures. There is a perimeter fence all the way around the massive structure but it seems to be uncared for and there is obvious gaps in it where people have slipped in. 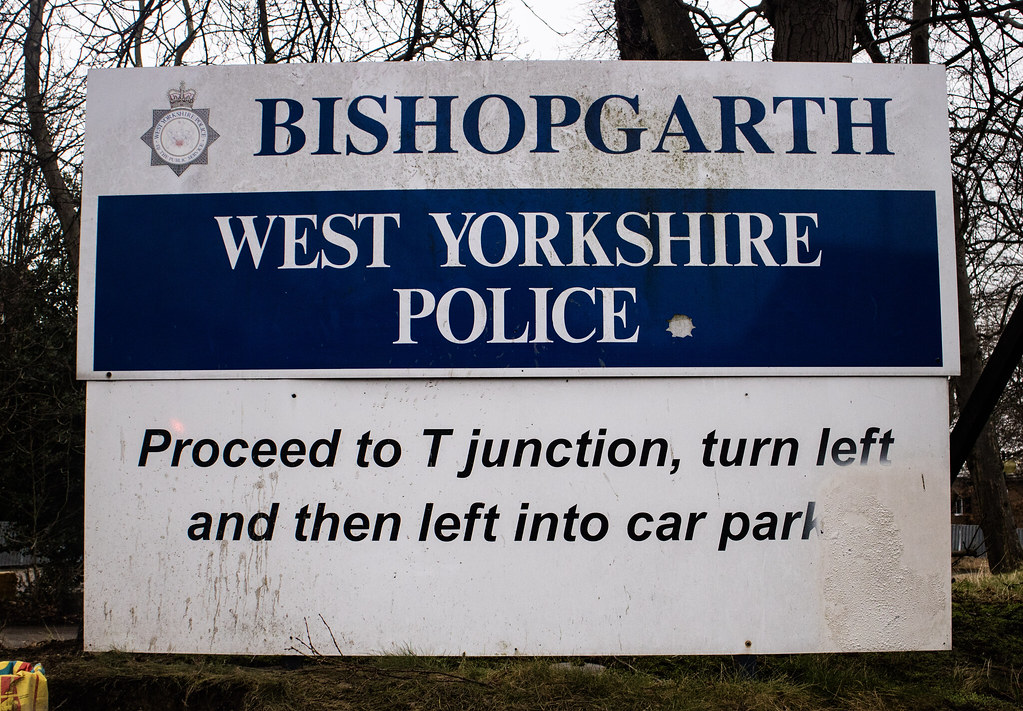 Bishopgarth was first built in 1891 for the bishop to live in. In 1946 the grounds were took over by the West Yorkshire Police and it became their police training school. Following this, the classrooms were built 1952, and the accomodation block (seen below) was built in 1969. 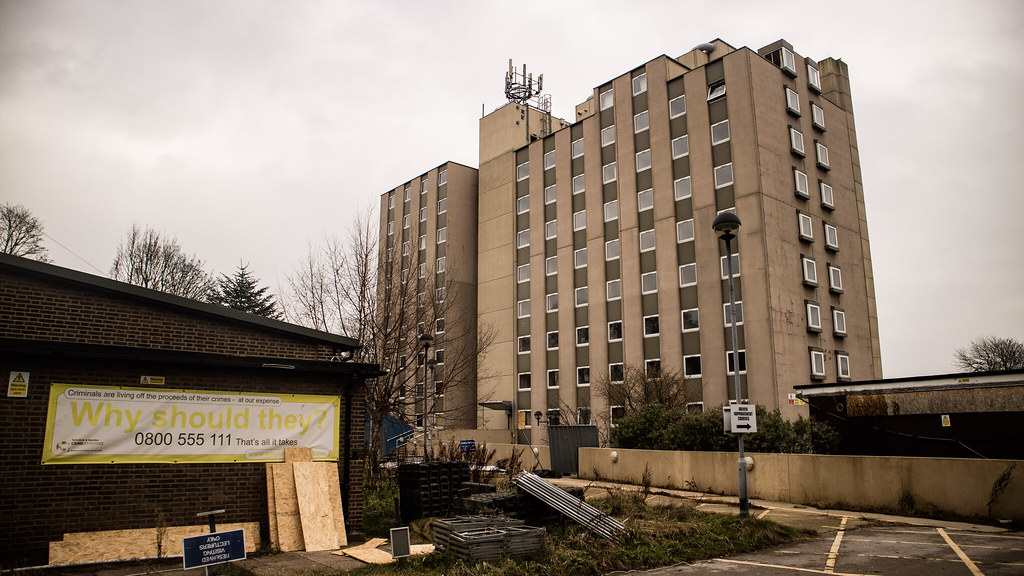 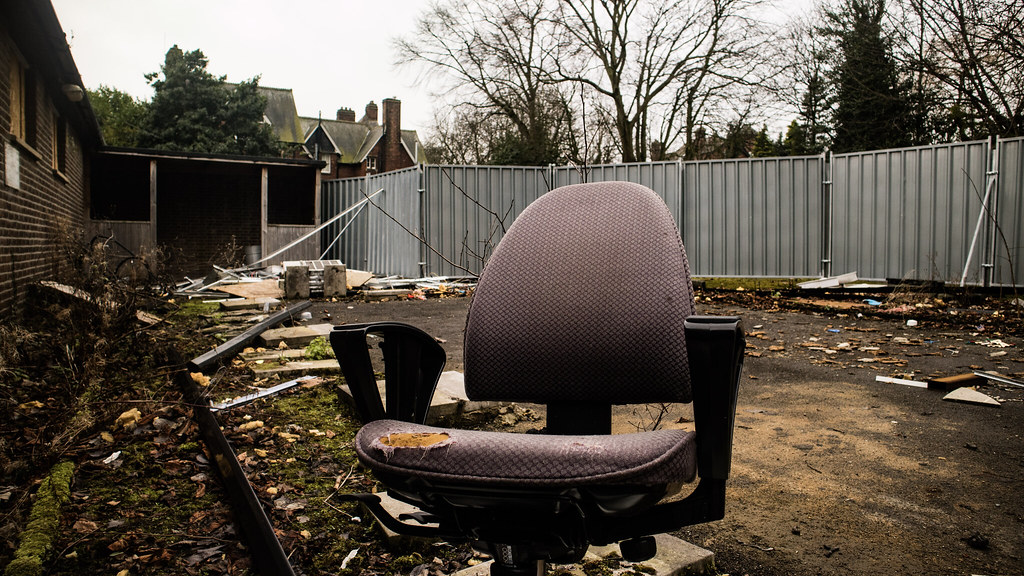 We first entered the building labelled 'Theater.' Obviously this interested us and very quickly we found a pitch black lecture theatre, as well as some clean modern rooms with the fan favourite skylights.

The theatre could hold over 100 cadets and was used for lectures, group assemblies and important notices. Inside we found lots of cards on the floor for a charity so we believe that was the last assembly that occured before the building closed. 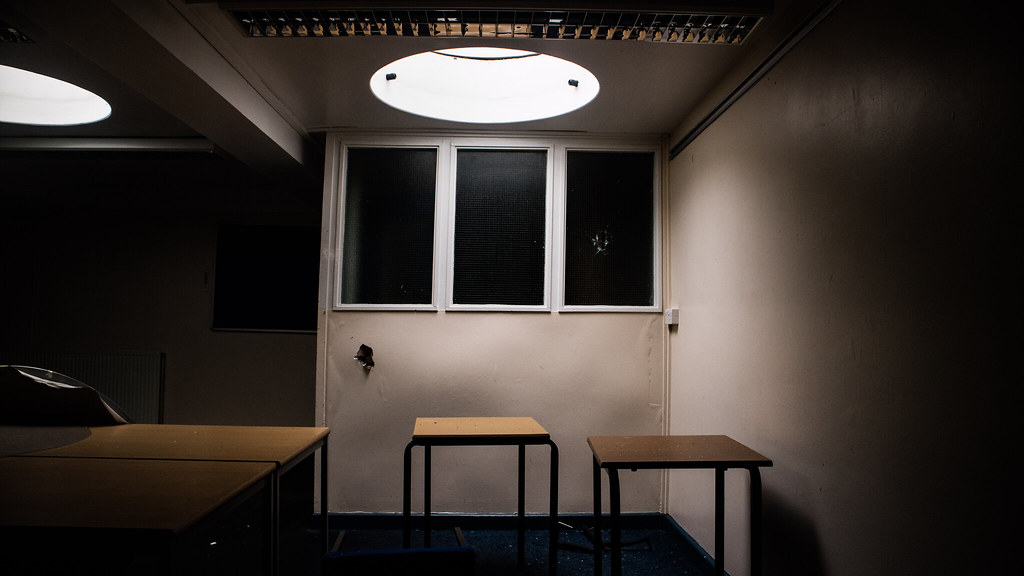 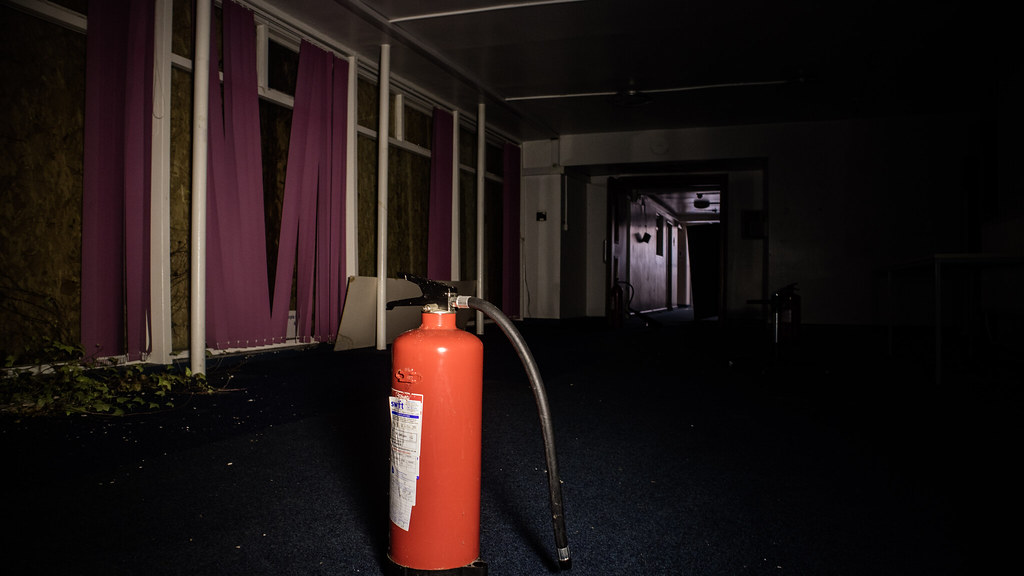 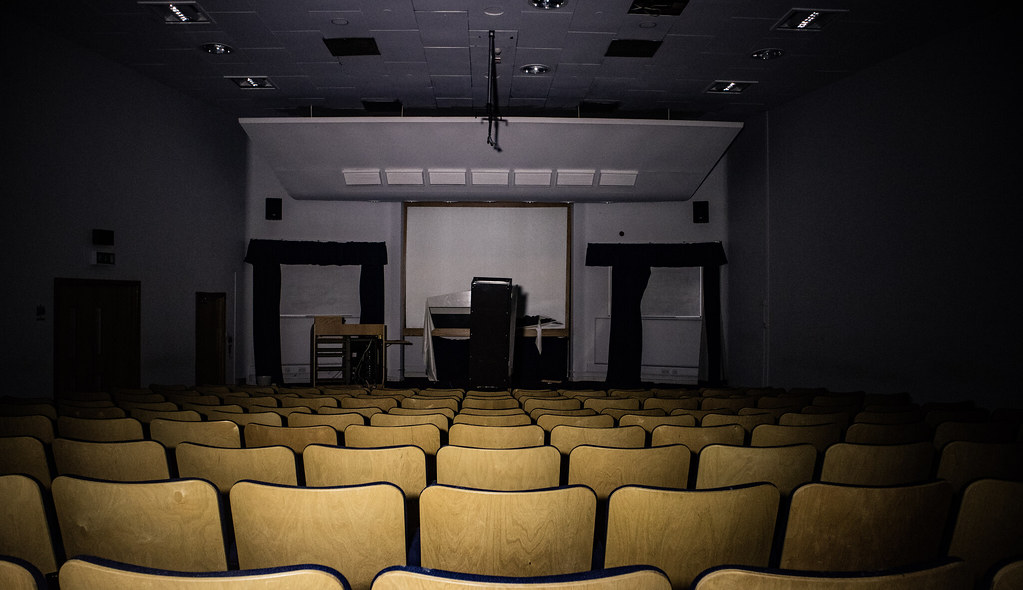 After leaving the first building, we moved across the centre of the site and slipped in to the larger building that linked itself to the accomodation block. We were greeted by this room, the dining hall, which was the main reason we came here.

I loved the colours in this room and how it was all focused on the huge West Yorkshire Police crest in the middle. All the cadets would eat in here as well as be given awards. In my video I feature a clip I found of this going ahead. 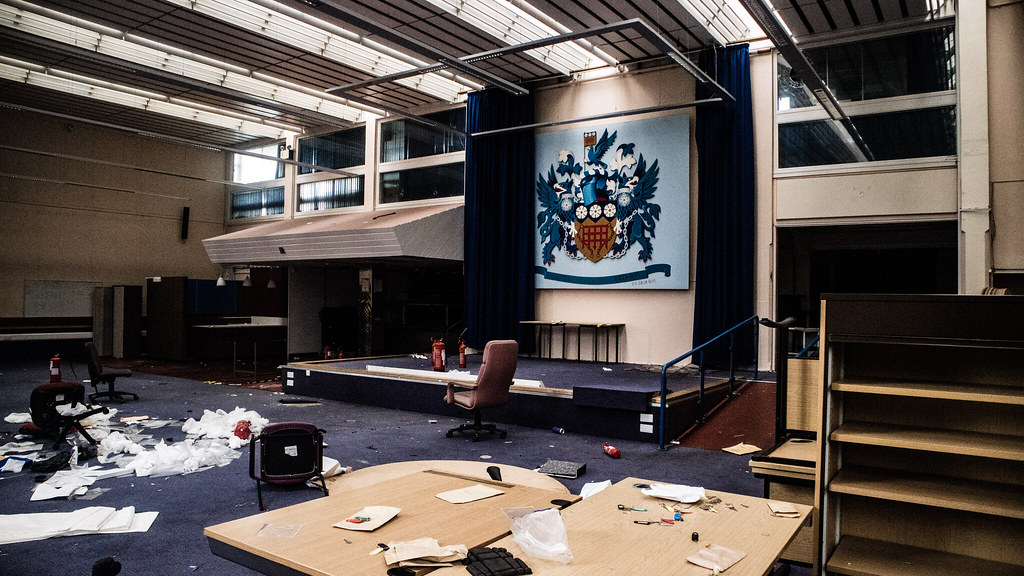 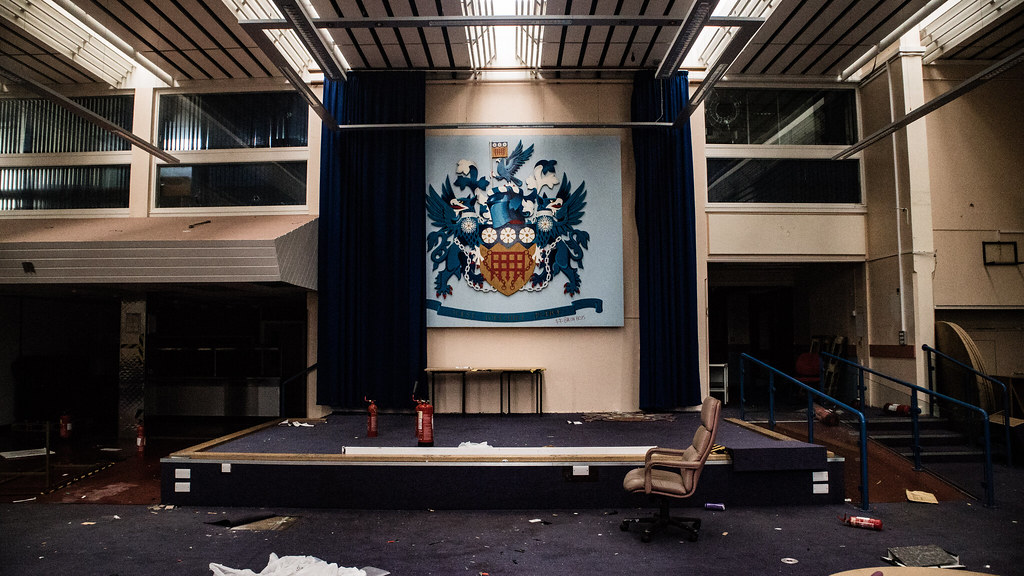 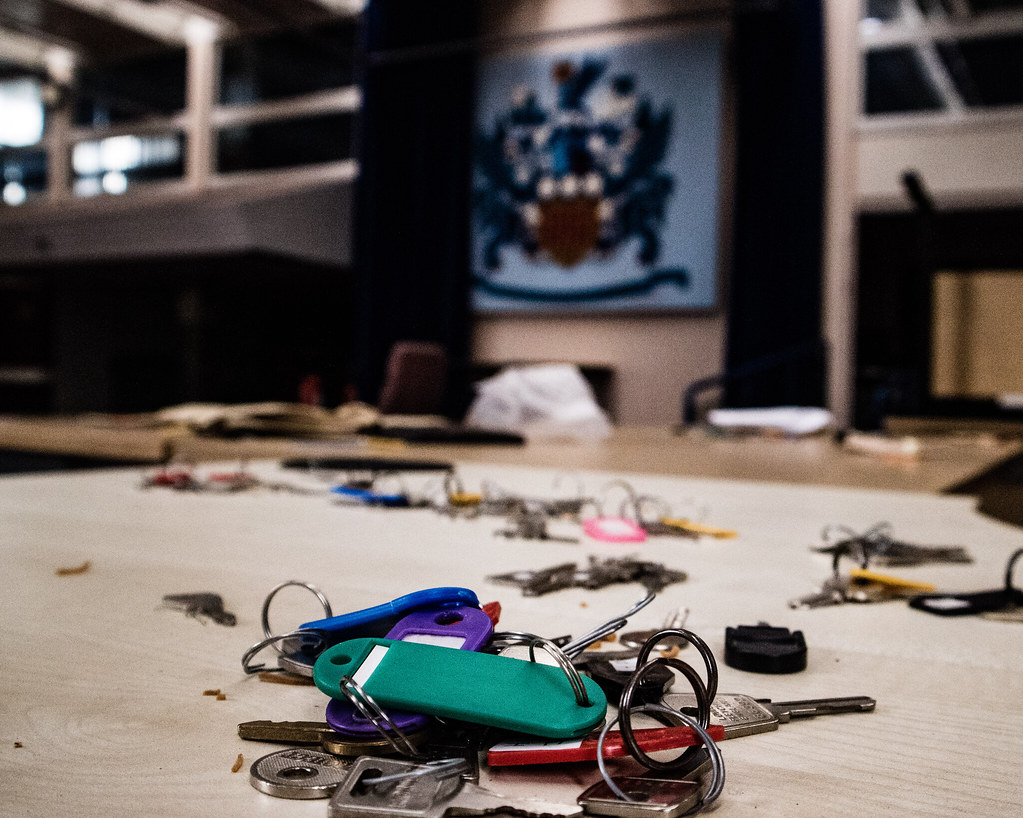 Leading from the hall was the kitchens, with Bishopgarth plates left behind all stacked up. 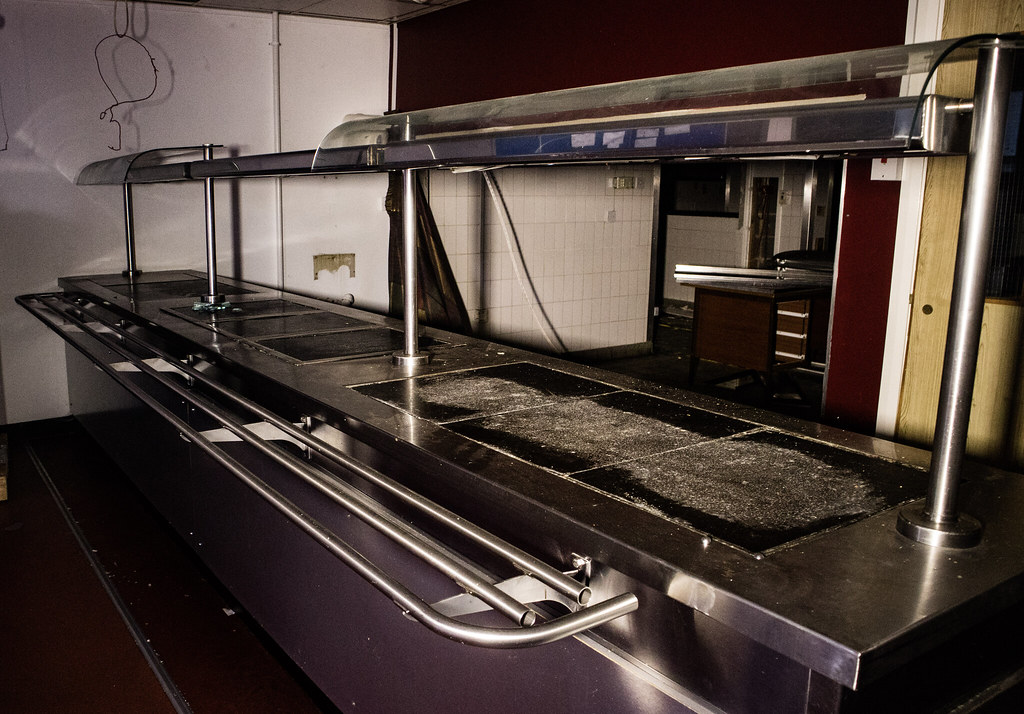 We advanced to the accomodation block. It could hold 200+ cadets and was a mixture of bedrooms and private offices for them. Inside we found a very damaged reception area, some untouched offices and mainly stripped out empty rooms. Therefore, most of it wasn't worth our time so we grabbed a few pictures and headed straight for the roof.

The views were awesome, especially as an explorer. Clayton Hospital from above was a very nice sight and although we didn't get in later that day, still glad we saw it properly. 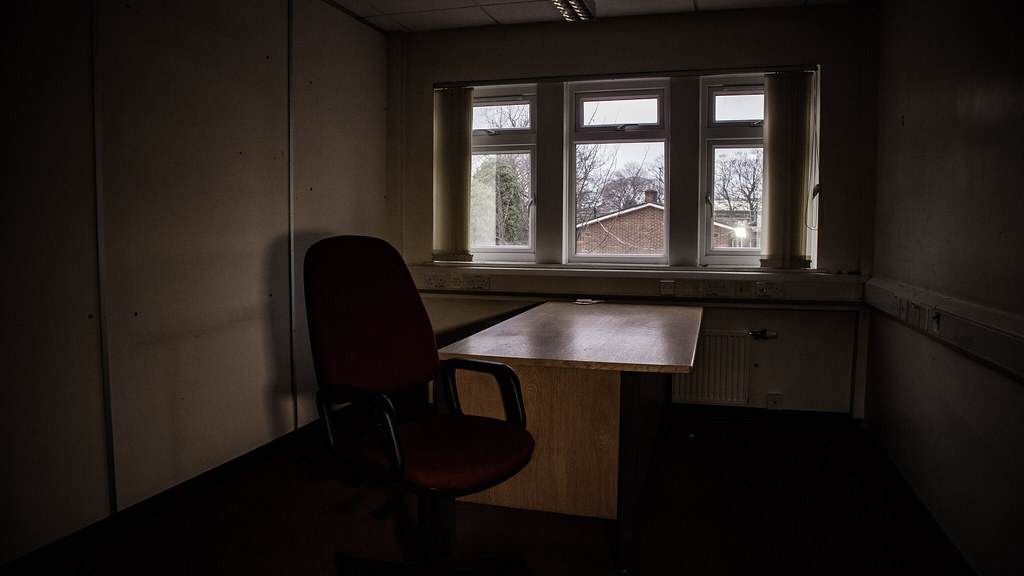 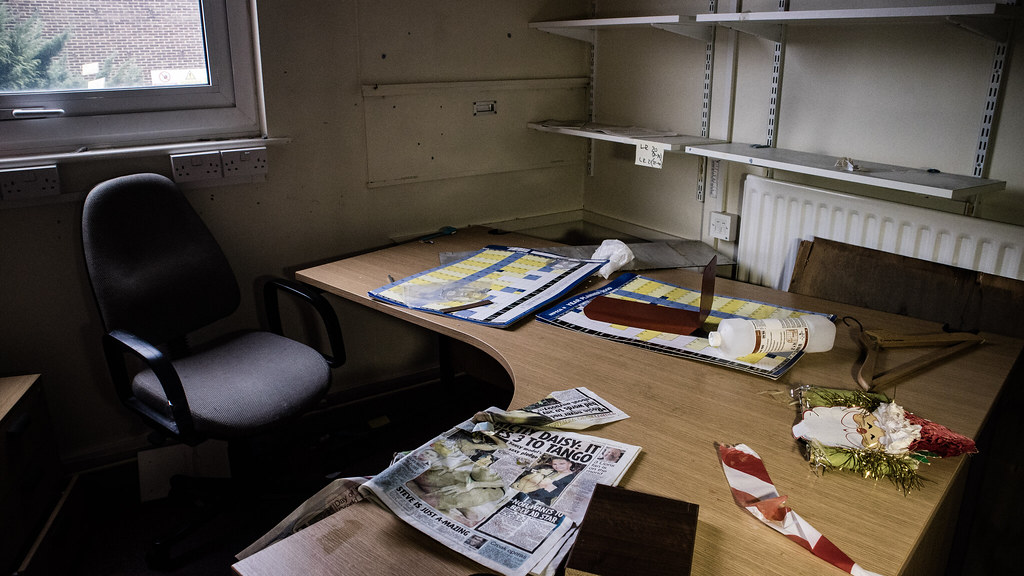 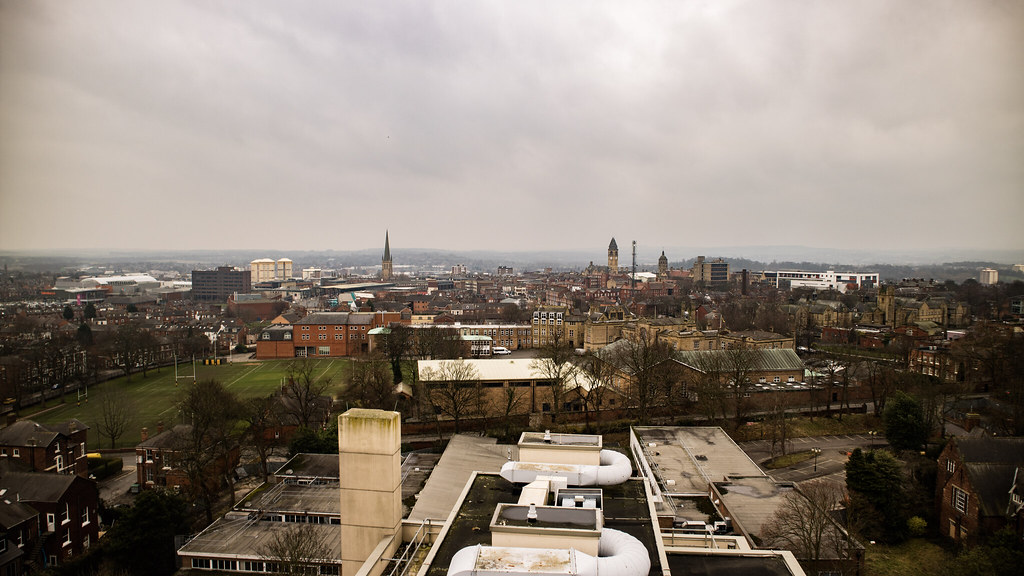 Bishopgarth shut down after the police team moved to a new base at Carr Gate in 2014. The previous home was left abandoned.

Be sure to check out the video for a more in depth explore, the second episode to my series, Mistaken Dilapidation. Give it a chance

Good work and glad you didn't get your collar felt. That would have been ironic ;-)

Cool pics! Like the coat of arms on the stage, little hint of grandeur in the Nylon carpeted surroundings
You must log in or register to reply here.