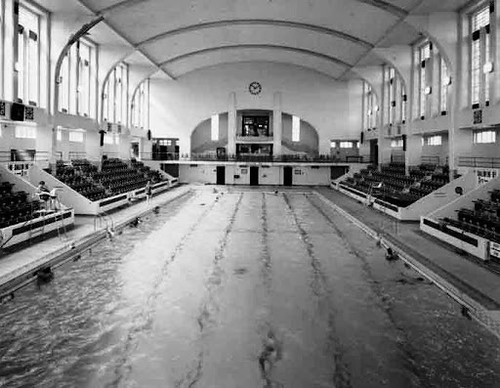 Bon Accord Baths was constructed to provide a centrally located public baths in Aberdeen, as previously the public bathed at baths overlooking Aberdeen beach. Although the foundation stone was laid in 1936 the building was not completed until August 1940 and cost £37,000. The swimming pool is 120 feet long x 42 feet wide with the water varying in depth from 3 to 15 feet. Flanking the pool is raked seating for 1000 spectators to view the many galas that were held at the pool. The baths closed in March 2008 due to budget cuts. 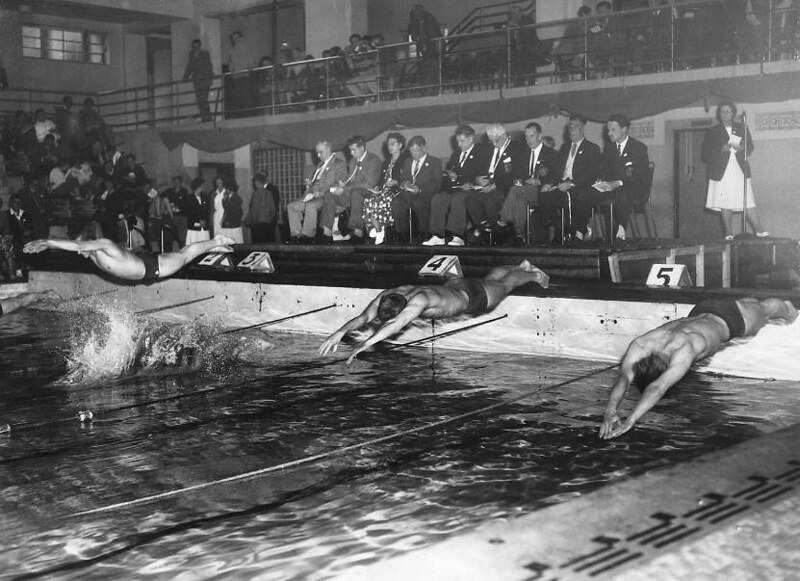 Many galas and events were held at the pool throughout it's 75 years in use.


In February we headed to Aberdeen for a three day trip with DustySensorPhotography with too much on our list for the three days available. I can't remember whether it was due to a storm or something else, but every train we were supposed to use got cancelled and our 4 hour journey quickly turned into 8 hours and a couple of our planned leads being missed out on. Nevertheless, we persevered and ending up having a reasonably successful and fun trip. Bon Accord was probably the place I wanted to manage most - there was something about it. We scouted the architecturally stunning structure multiple times on the second and third day in passing, but it looked well sealed. On the third day before our train and Oli's flight, we decided to give it a final push and try an interesting method of entry I've definitely not done prior. Maybe we were hungover from the night before, but surprisingly it worked and we were in.


The pool is amazing and it's such a shame it isn't in use. The huge windows let in tons of natural light, with their frames holding up the immense arch. I think a few years ago, the pool hall was covered in graffiti and quite a bit of crap was lobbed around by vandals. However, that's about how far the destruction goes, and the rest of the building is in great condition, with any deterioration being natural. Some parts such as the tiled plunge pool look like they could still be in use. 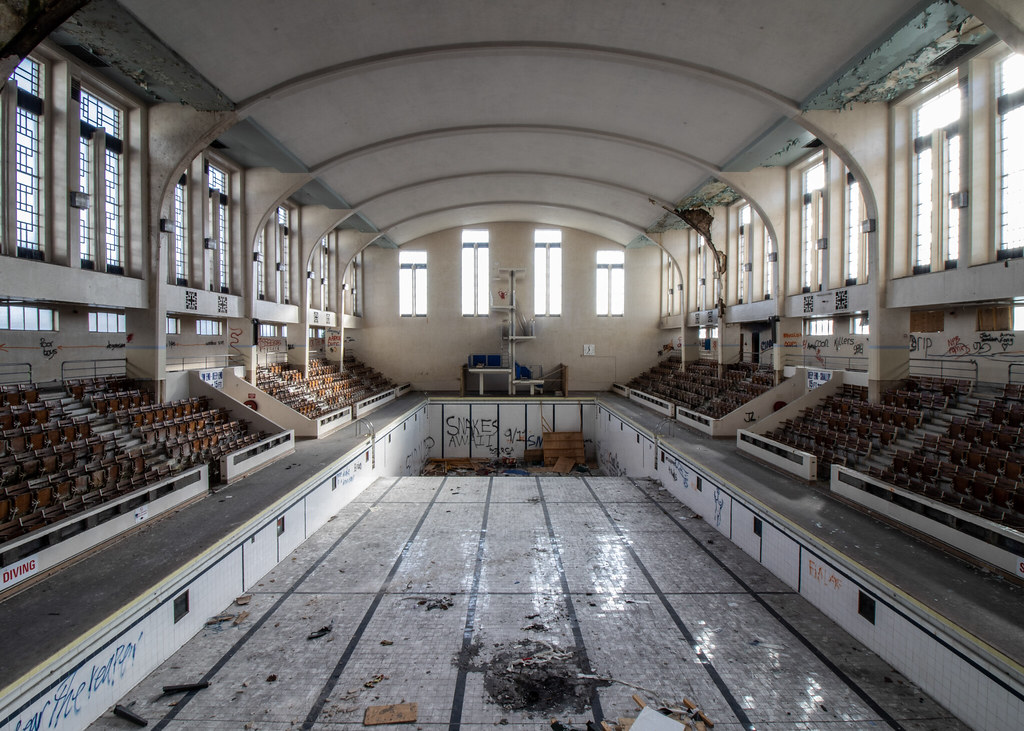 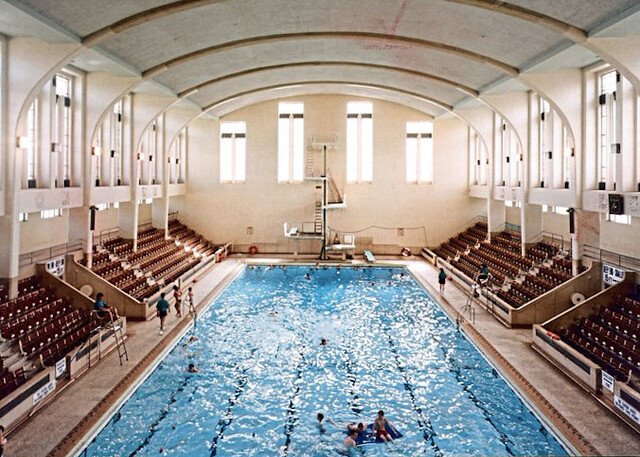 Past and present: the pool kept all of it's original details, such as the sculptured diving board platforms and the timber seating. 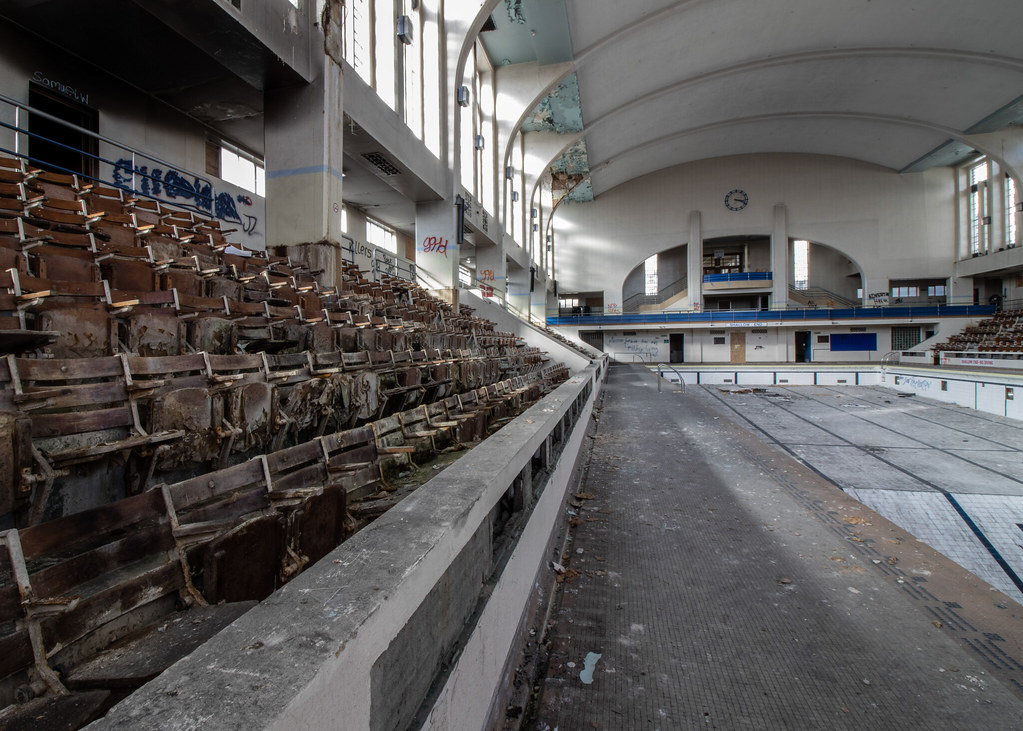 Close up of the seats. Some of them have decayed to the ground. 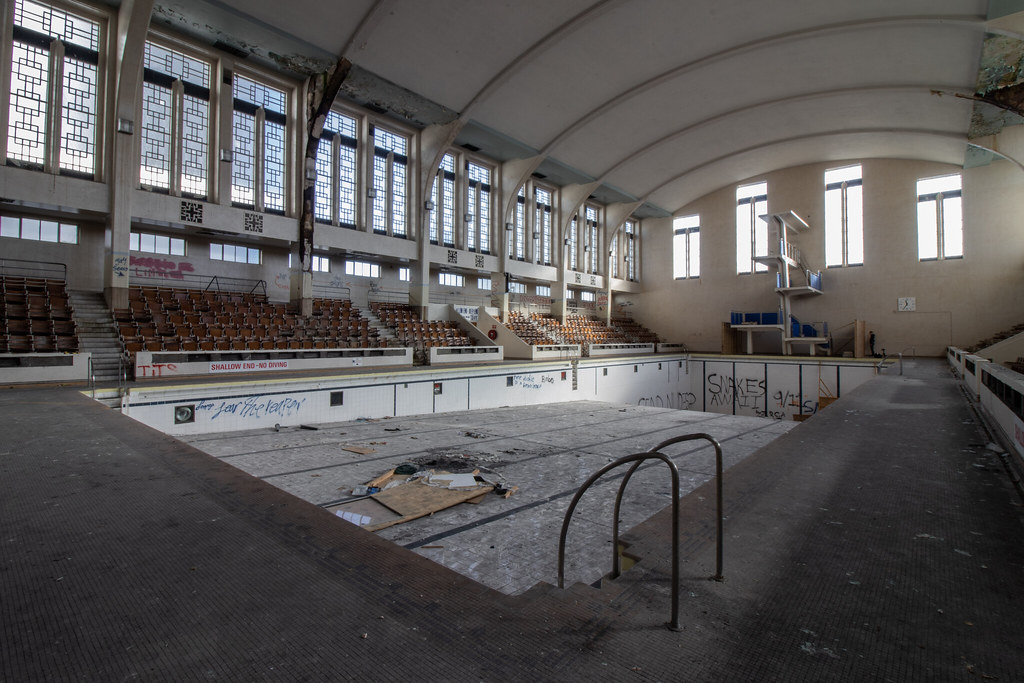 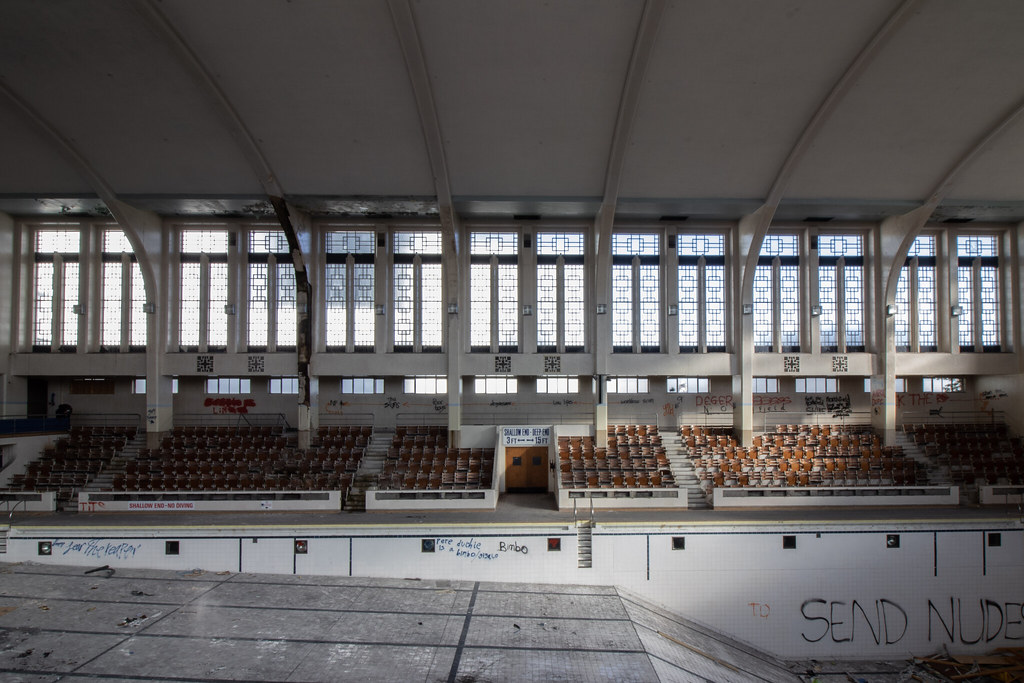 The underwater lighting in the pool was apparently some of the earliest examples of such. 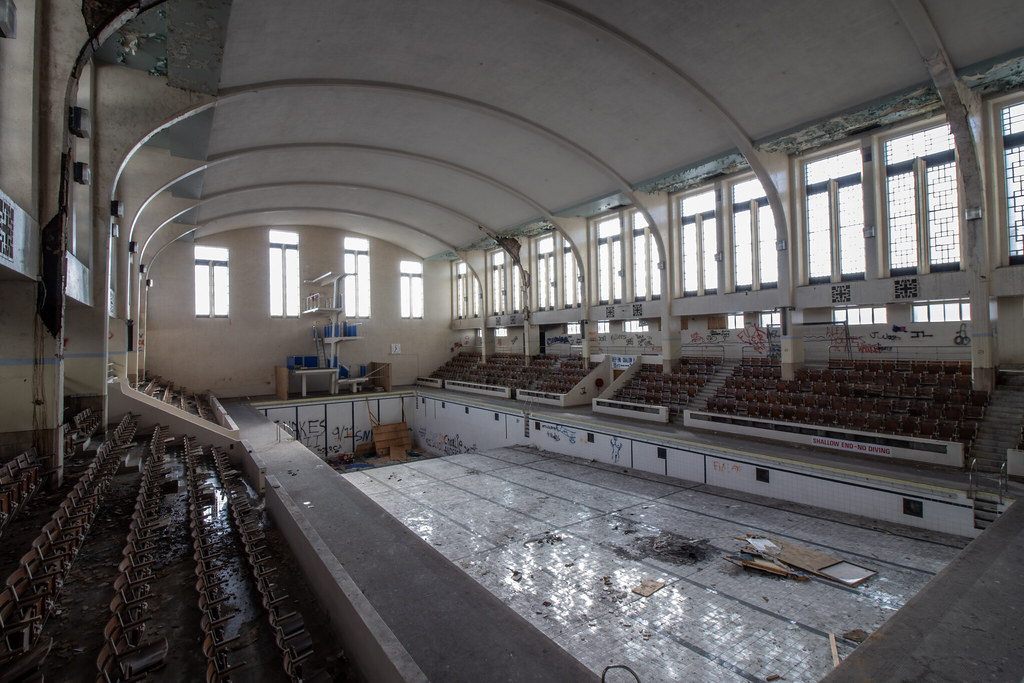 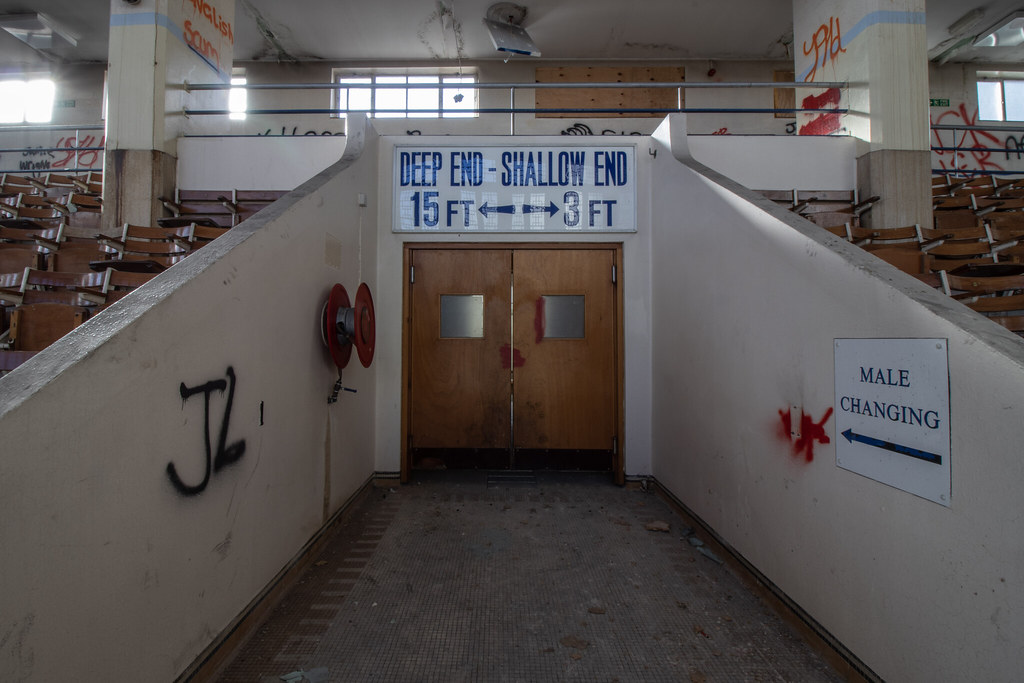 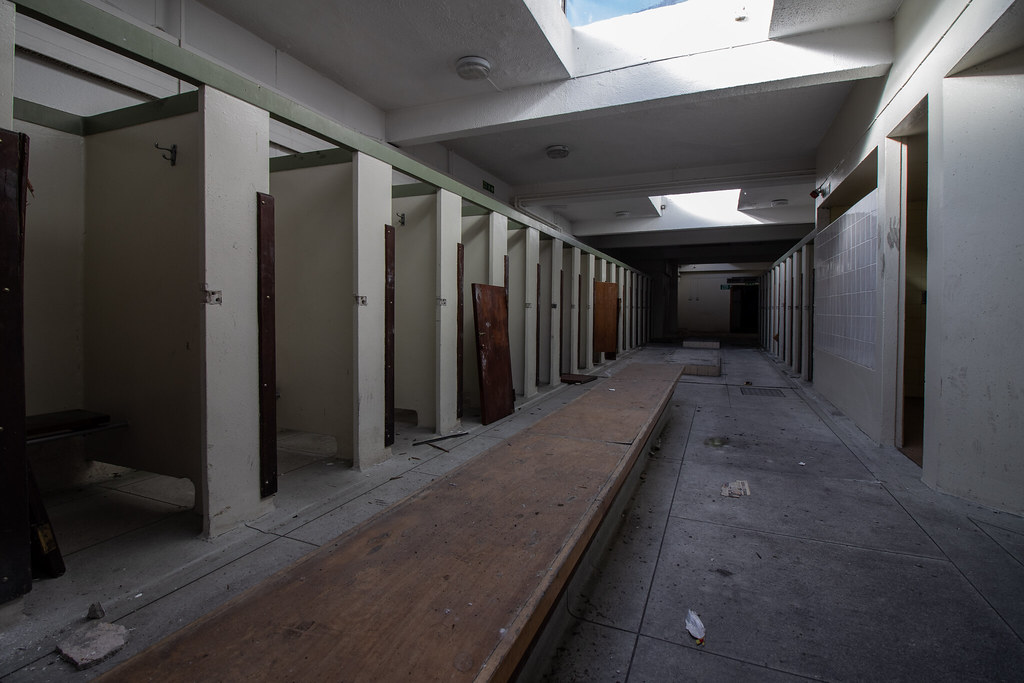 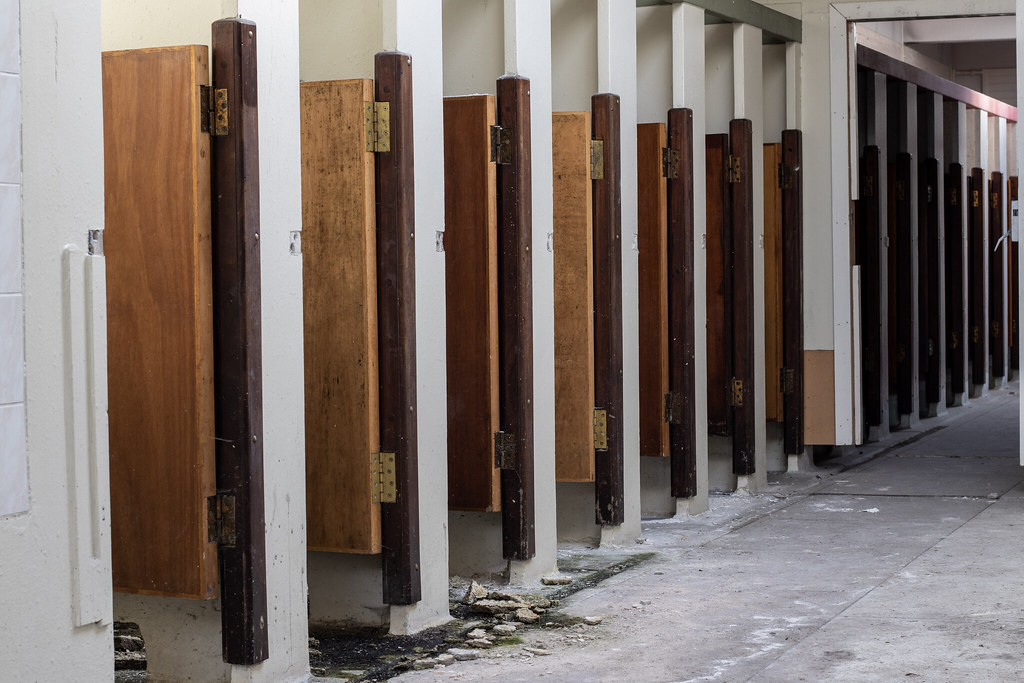 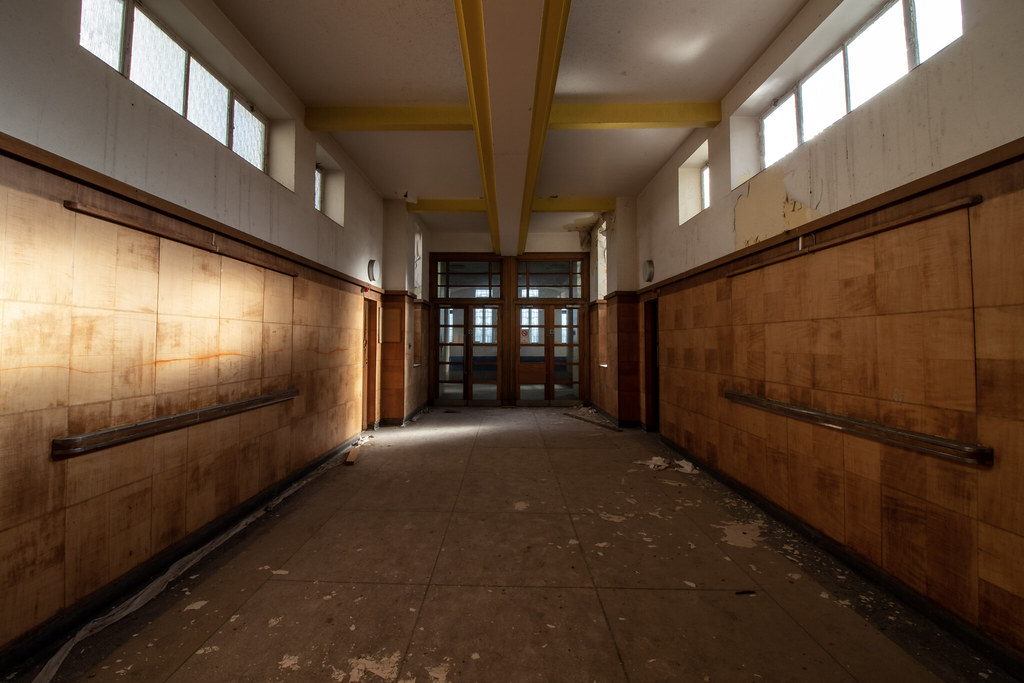 The walkway connecting the pool to reception. Possibly at some point it was locked (?) which may explain the lack of vandalism in the other leisure facilities. 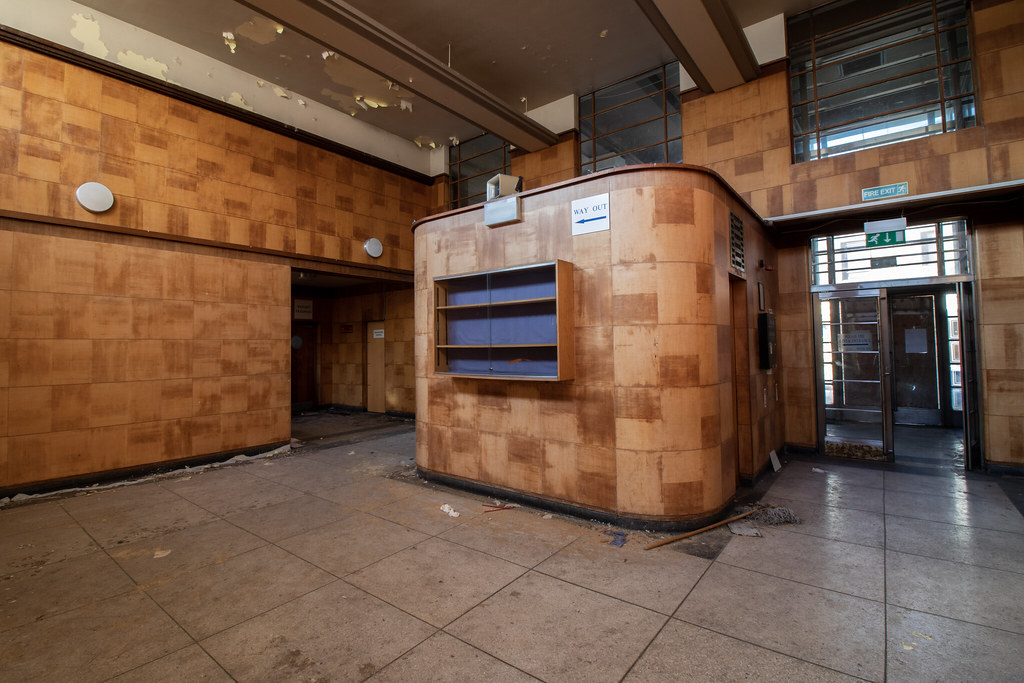 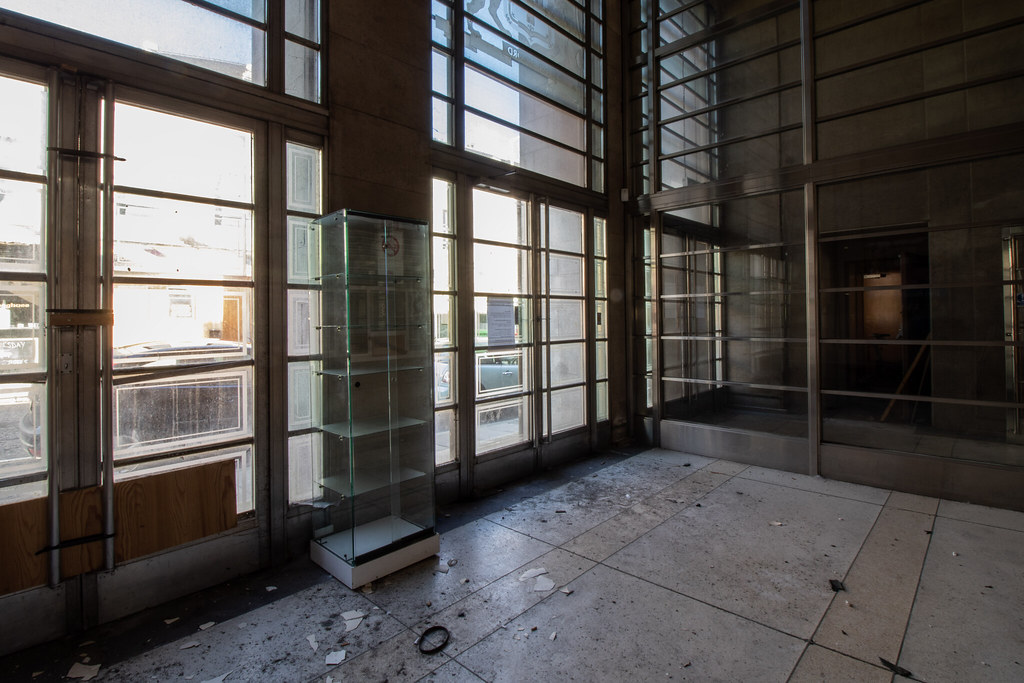 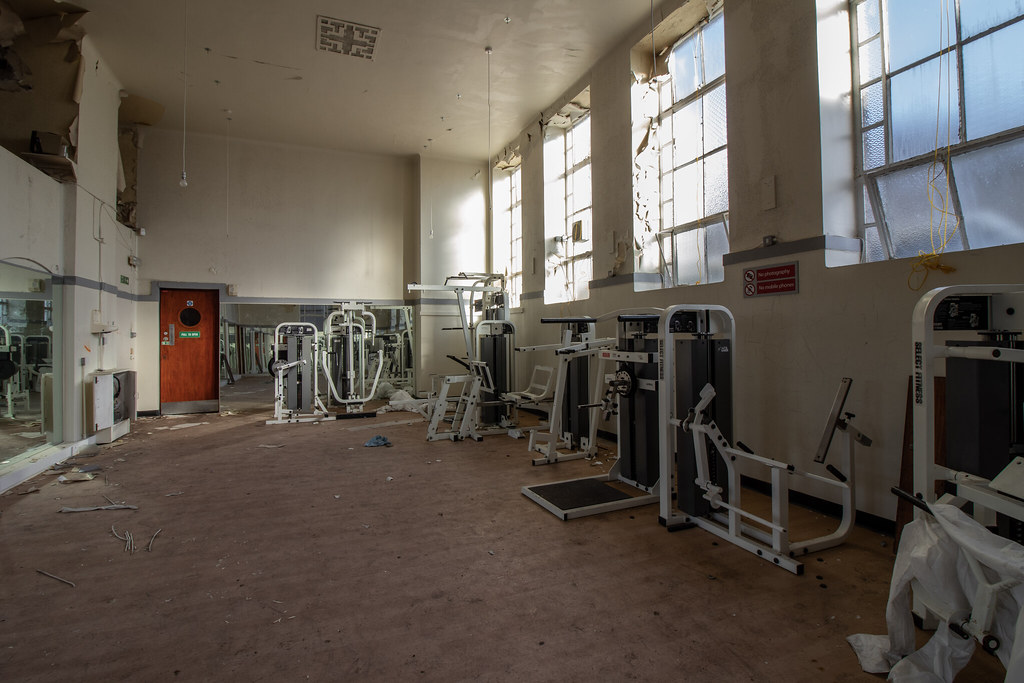 The gym beside reception contained a lot of old equipment. More was placed in the corridor on the other side. 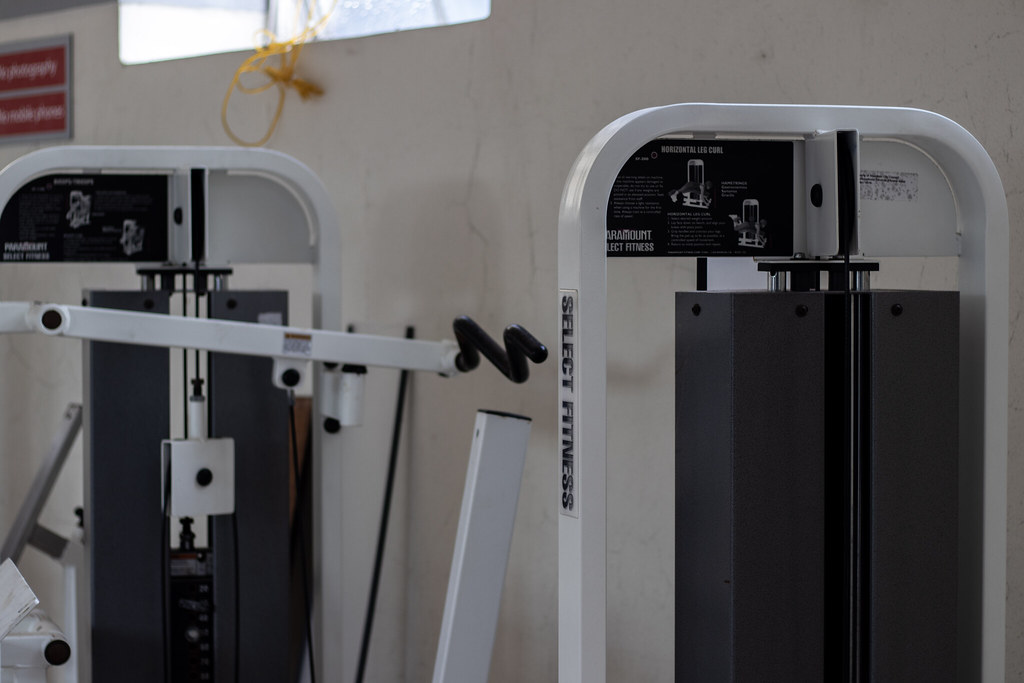 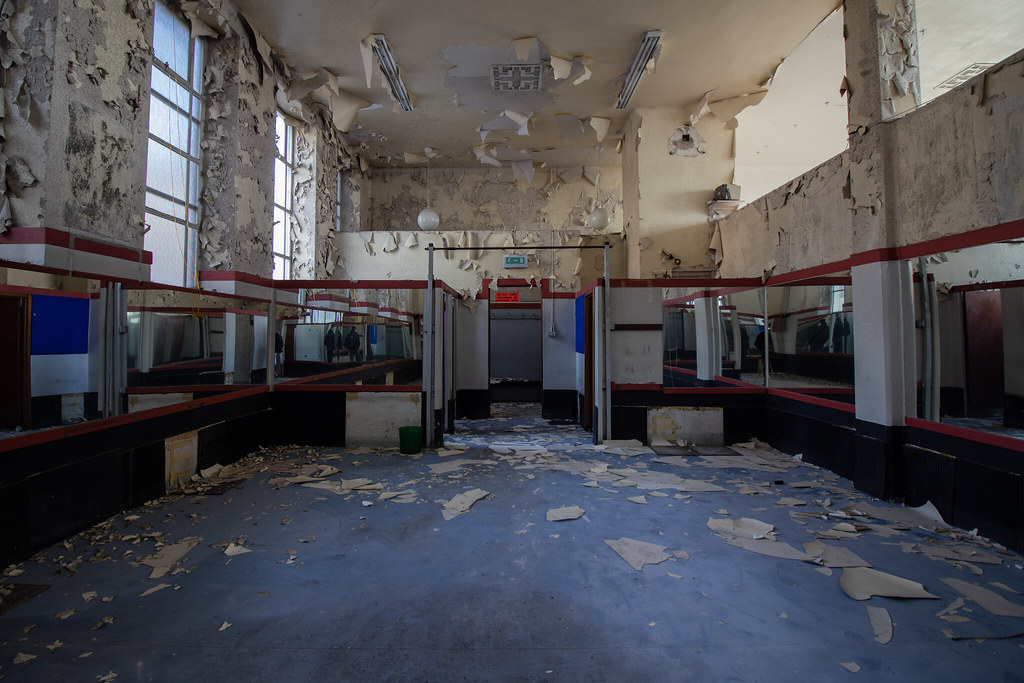 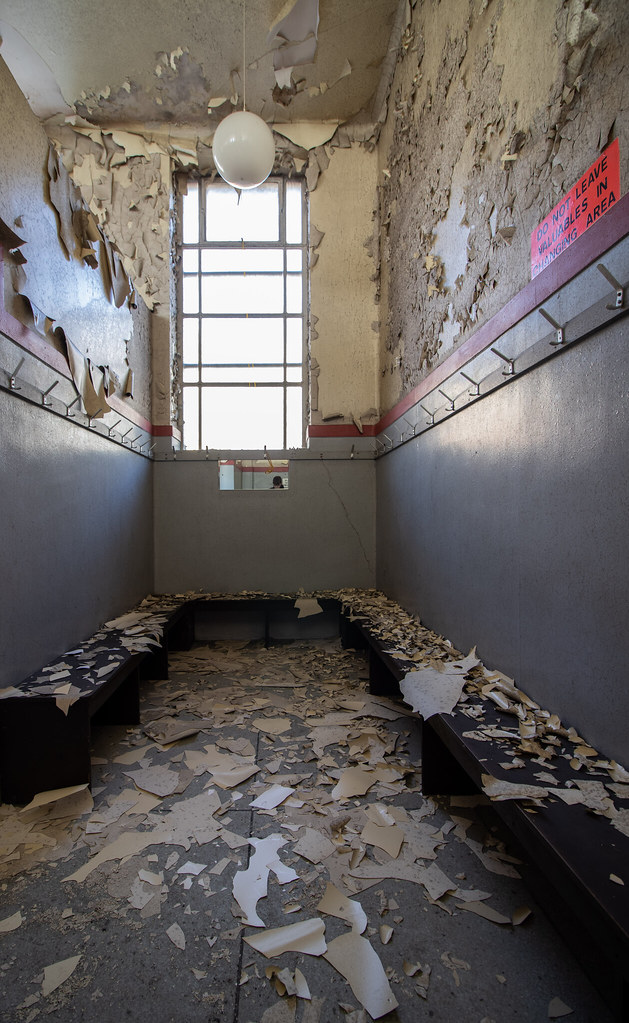 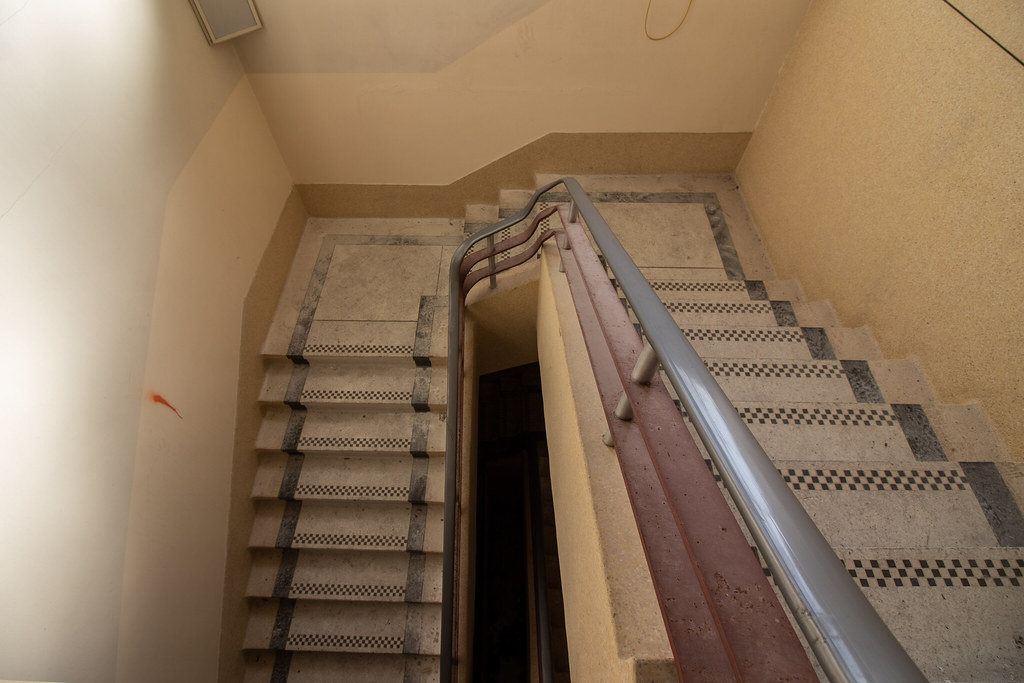 The 3 storey region of the structure had a nice, Art Deco staircase. 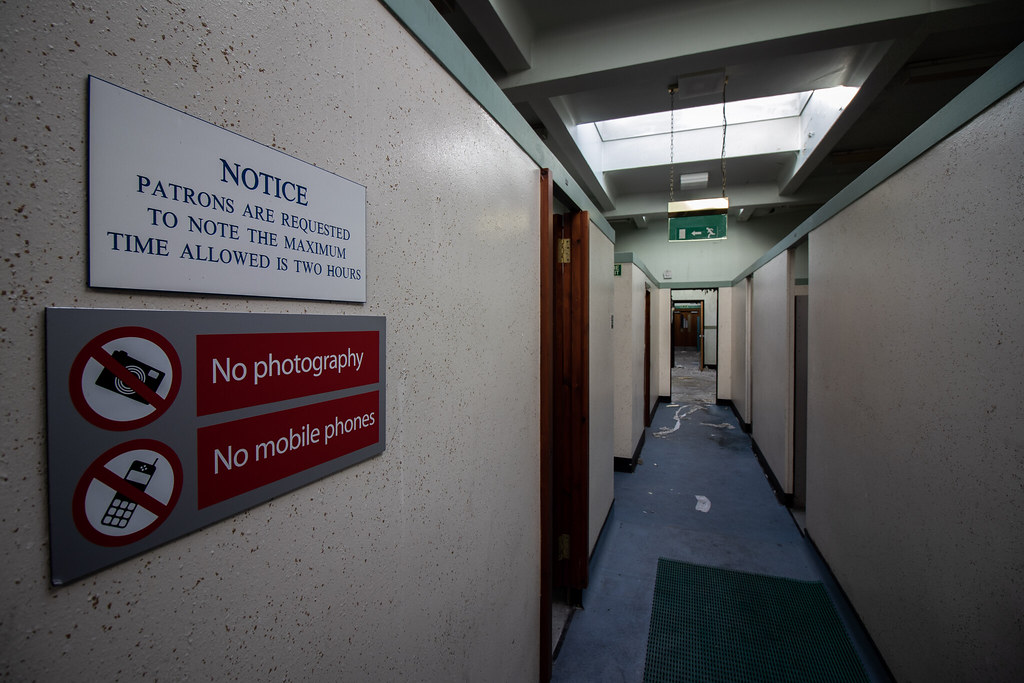 On the second floor was saunas, steam rooms and the plunge pool. 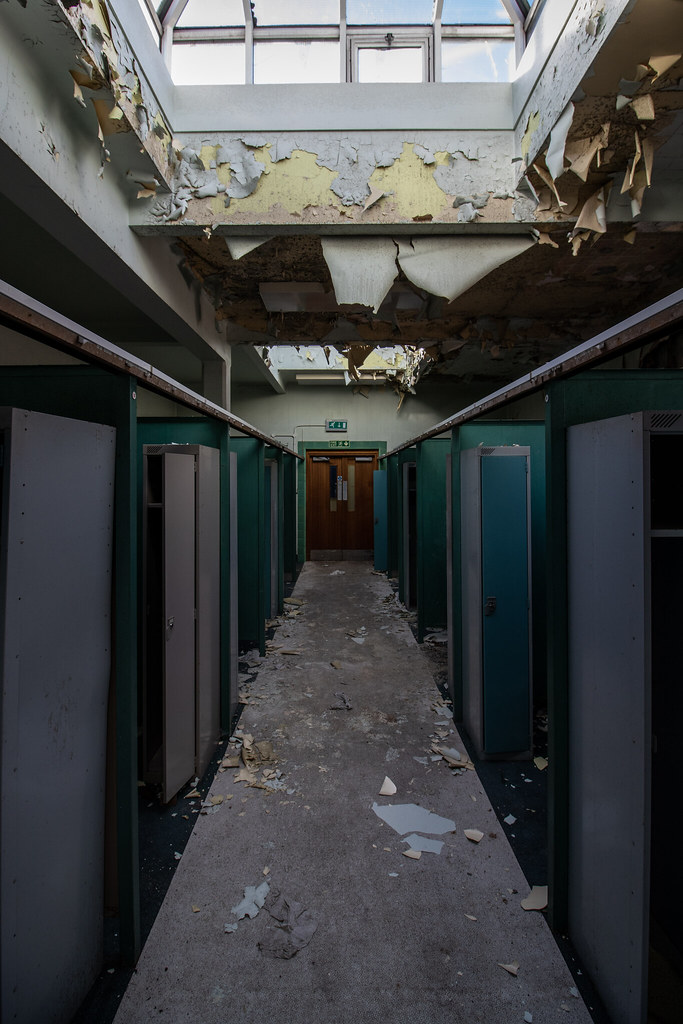 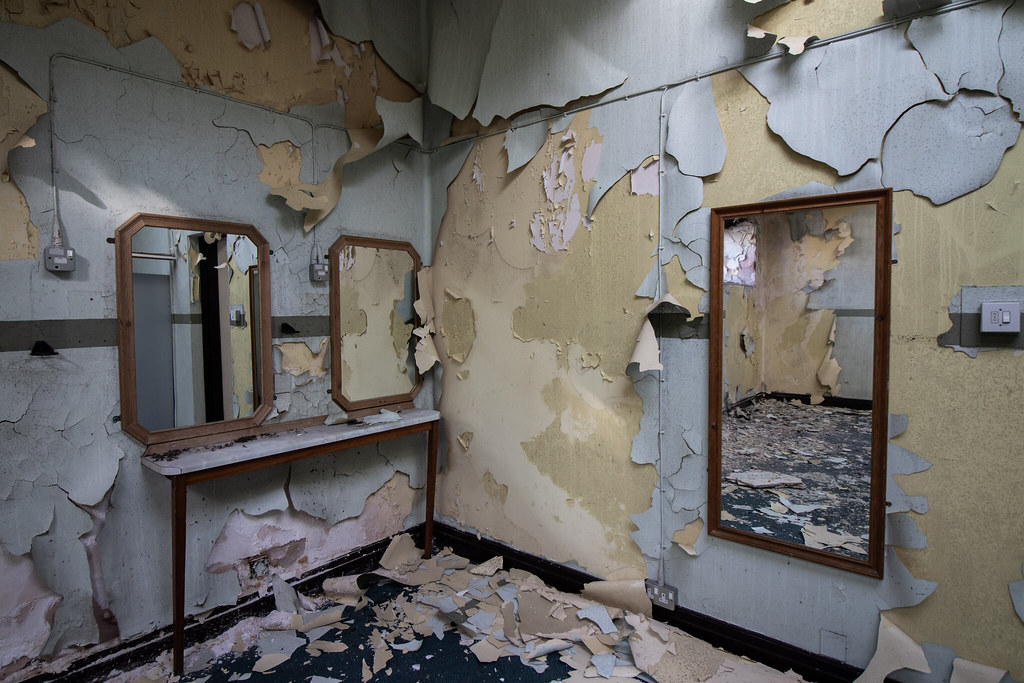 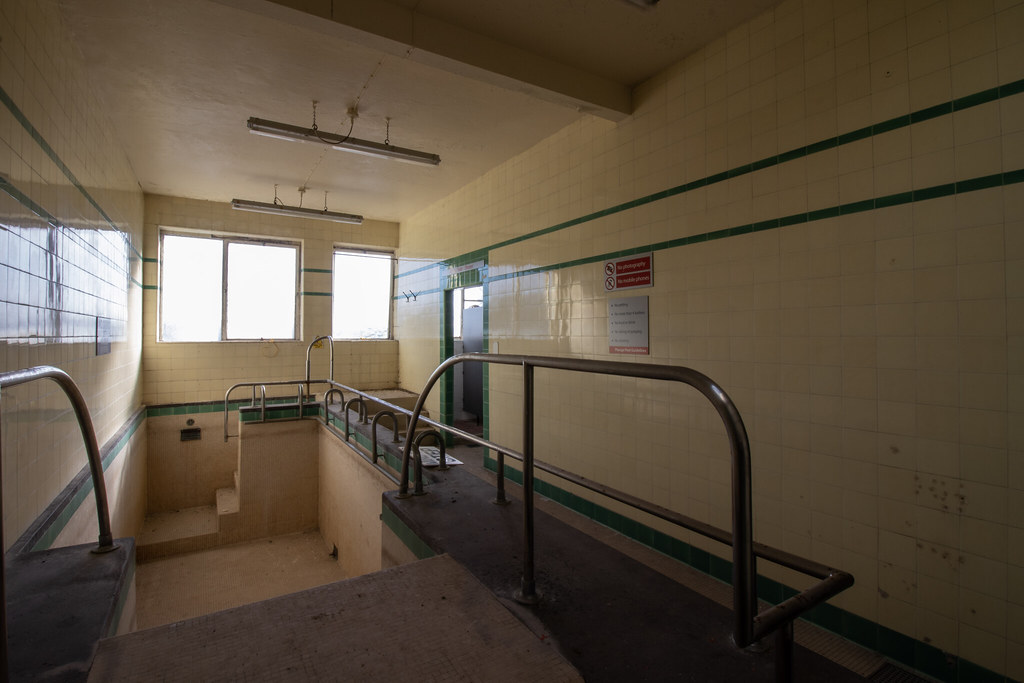 That's all for the photographs. Here is the link to our documentary styled video on the site. We cover Bon Accord's past, present and future through cinematics and narration:

Nicely done. When I first moved to Aberdeen in the late 1970s that's where I spent most of my days at the pool. It's just how I remembered it. Pity about the grafitti though.

Argghhh! Why do people paint walls with a water base paint over an oil base? That flaking would have occurred sooner or later even if they had kept the baths open.
I was wondering what they could do with all that gym equipment. There wouldn't be that much interest in buying it would there? What happens so old gym equipment I wonder?
Fantastic tour and fascinating video. Thank you

What a great find. Love the architecture and those lights really are nice.

Darklldo said:
Argghhh! Why do people paint walls with a water base paint over an oil base? That flaking would have occurred sooner or later even if they had kept the baths open.
I was wondering what they could do with all that gym equipment. There wouldn't be that much interest in buying it would there? What happens so old gym equipment I wonder?
Fantastic tour and fascinating video. Thank you
Click to expand...

It looks like some of that equipment has been 'cannibalised', though hard to tell for sure.

Great set of photos, what a place eh?
You must log in or register to reply here.