Burghclere Signal Box is located on The Didcot Newbury & Southampton Railway (DNSR) which was built in the later part of the 19th Centuary. The railway was closed some years ago in the 1960’s. The line was a typical cross country route serving very small rural villages in the Counties of Berkshire and Hampshire. It was not until wartime that the line came into its own. With the build up to D-Day, a direct rail route was required from the North to the Docks on the South Coast. The DNSR was just such a route. The infrastructure was upgraded with the building of longer passing loops and sidings. This necessitated revised and updated signalling. New signal boxes were built along the route to a functional wartime design. Burghclere is one of these boxes, built circa 1942 and is the only one to survive on the route to the present day. Burghclere Station survives and is now a private dwelling. 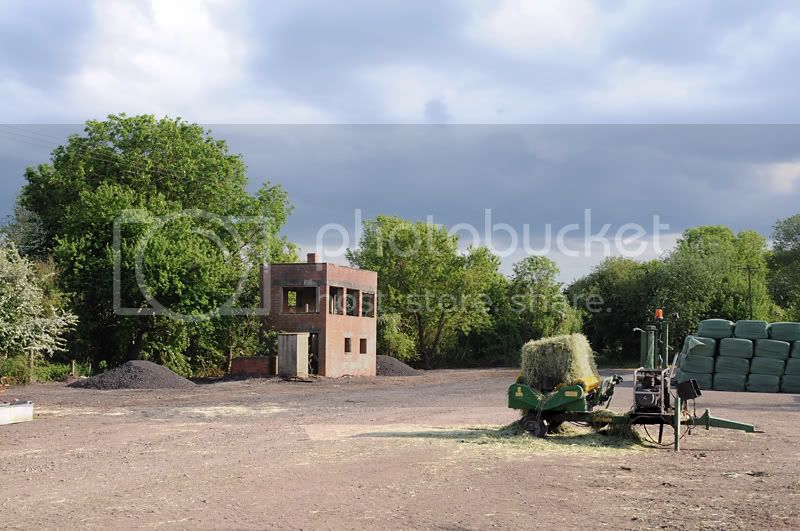 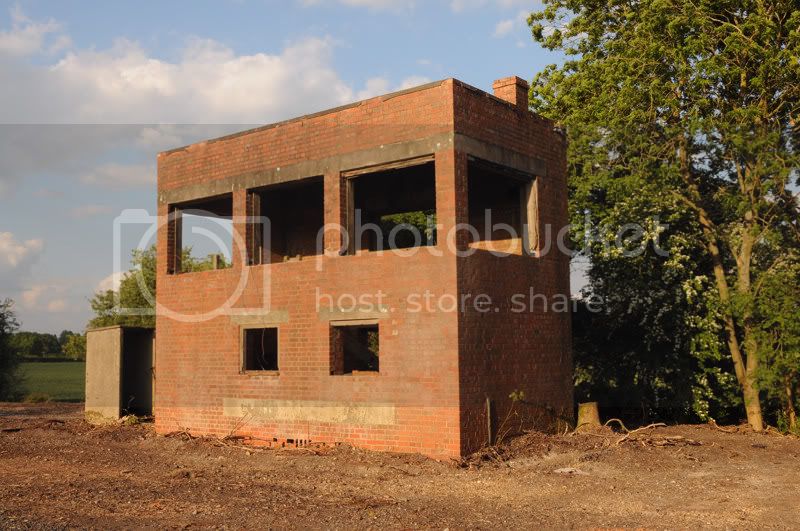 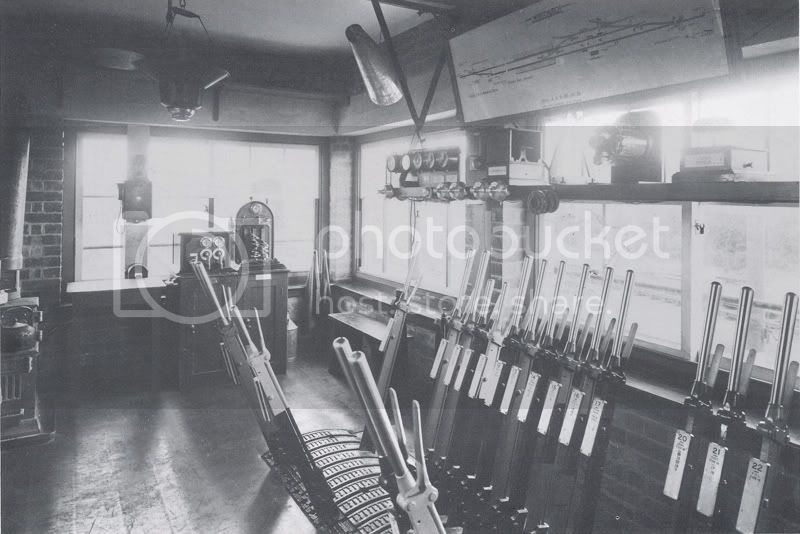 View of the remains of the stairs to the first floor 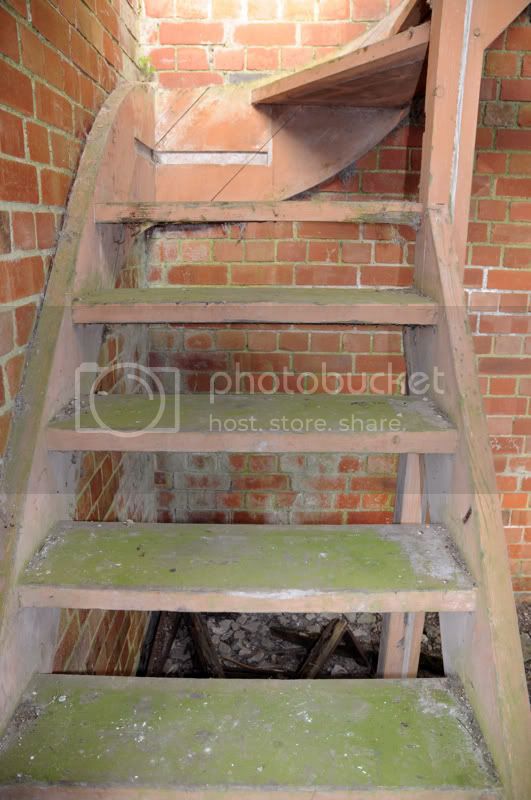 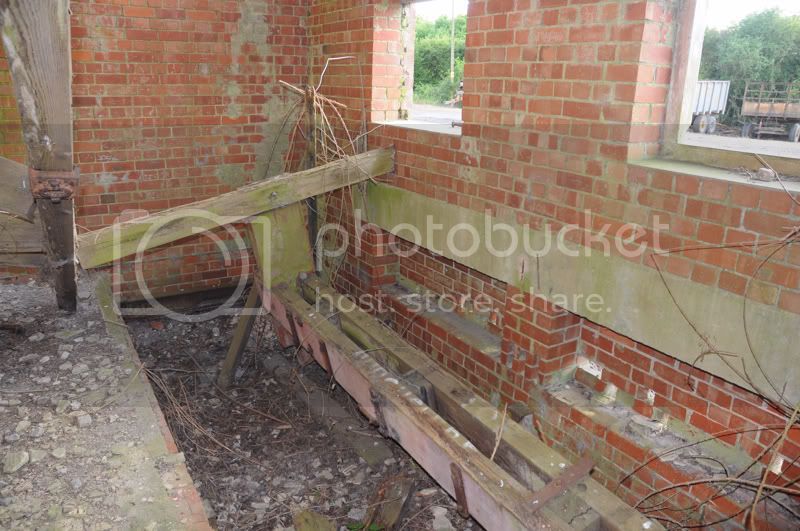 Flue position for the boxes stove 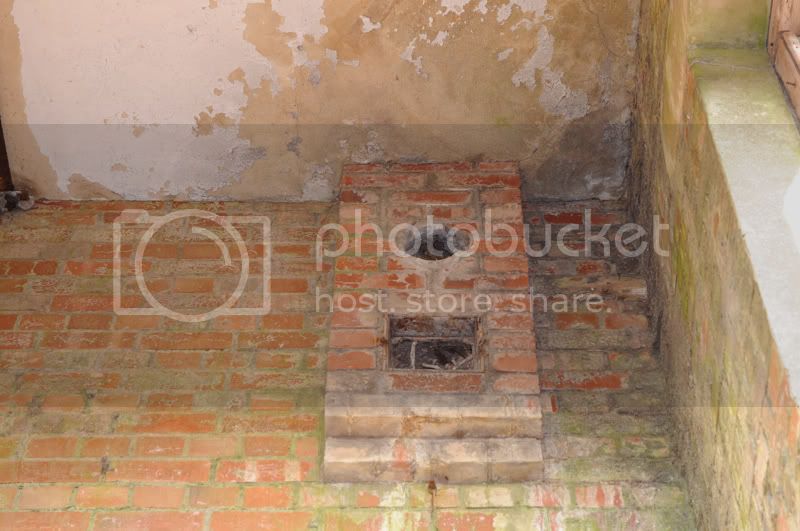 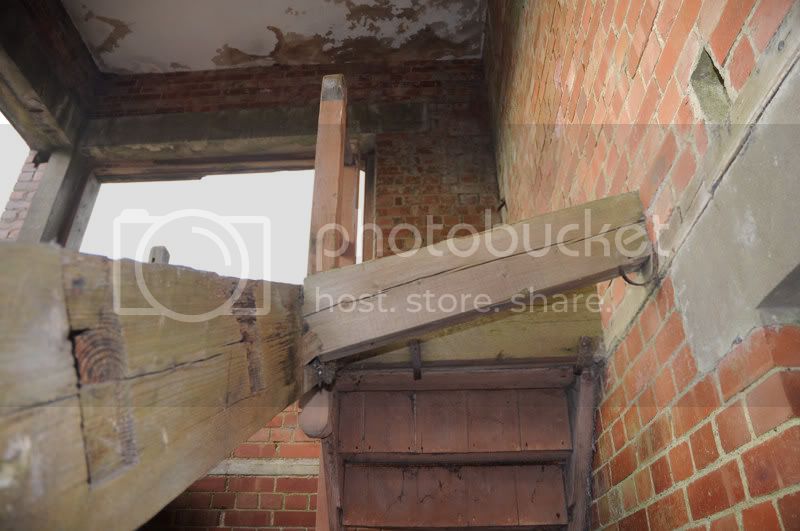 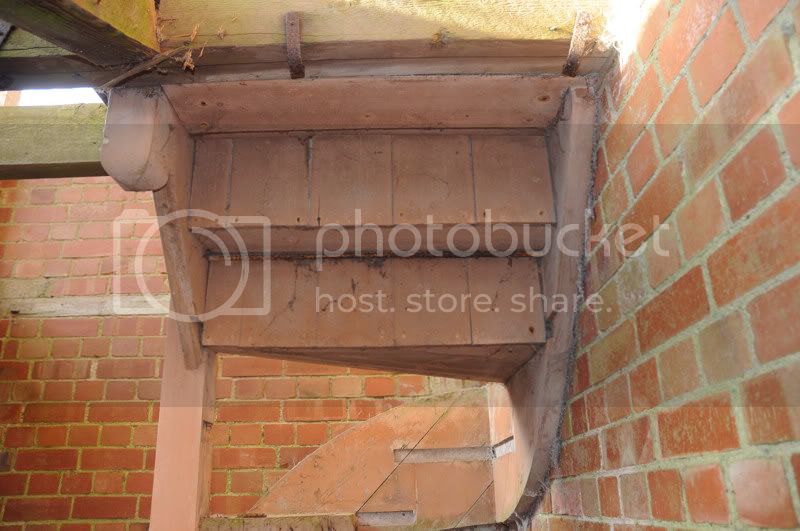 Pulley from which the boxes lighting was suspended 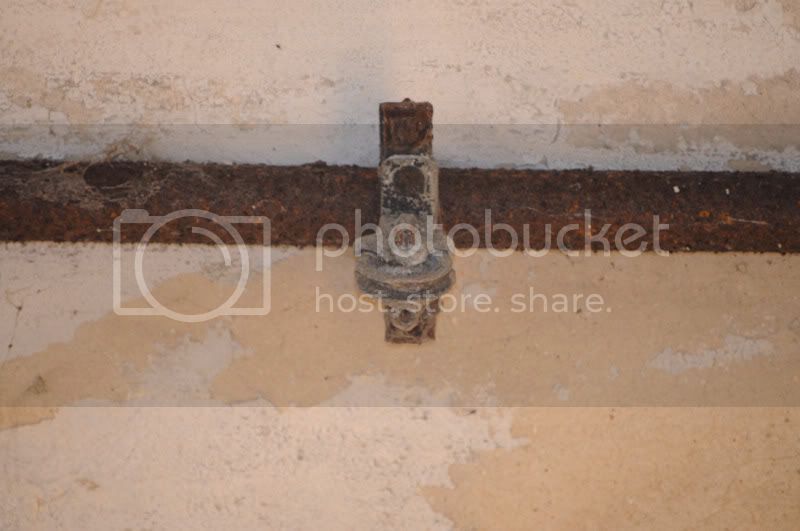 I believe these are the frames which held the hand dynamo that powered the points motor
at the end of the passing loop, which was some distance away 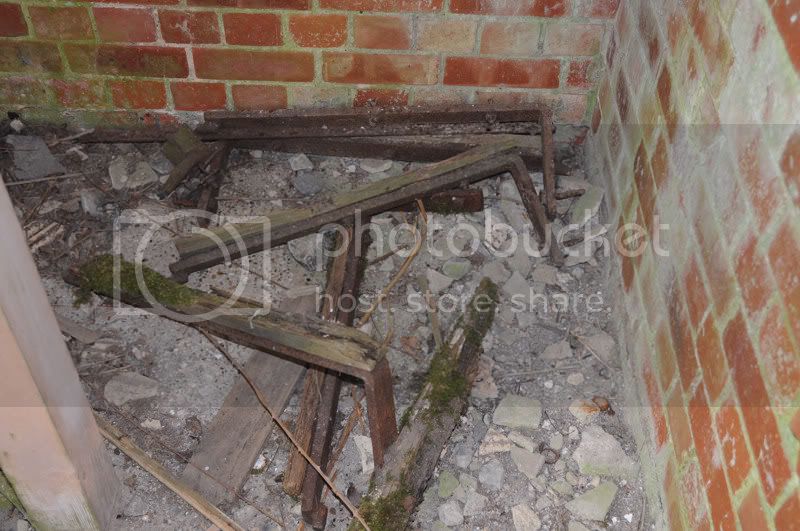 This was the dynamo that was held by the above brackets 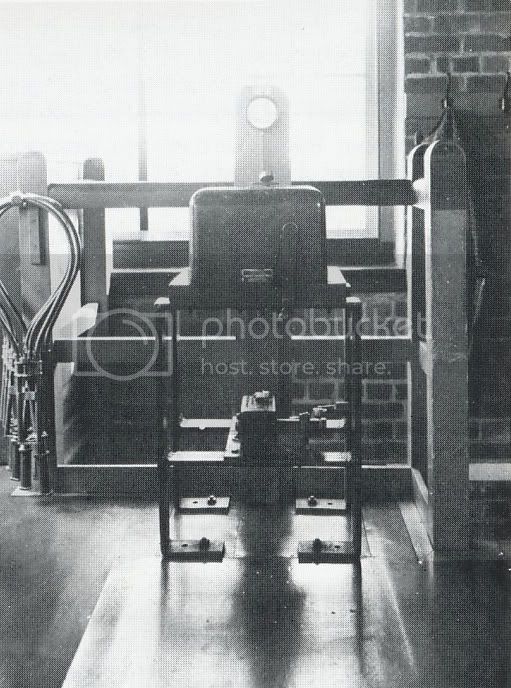 Not sure what the purpose of this metalwork was 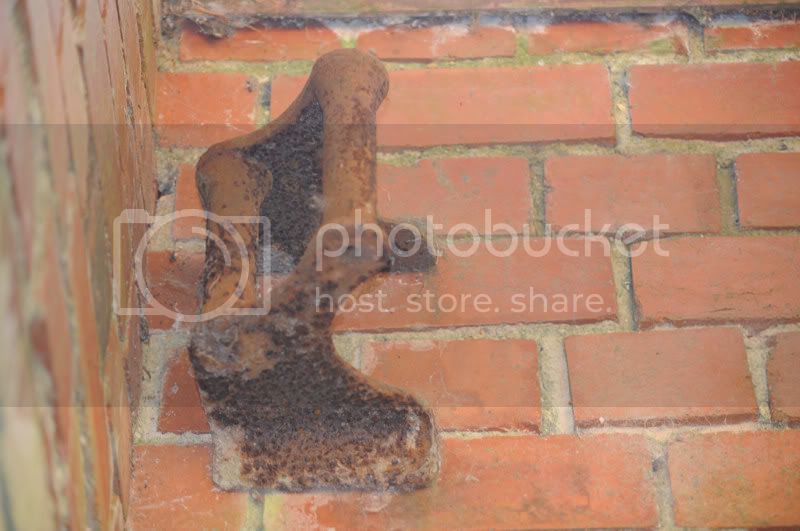 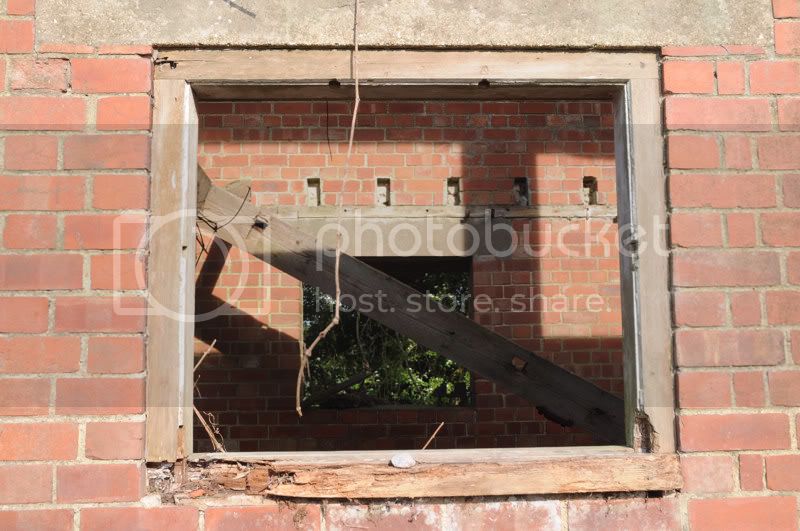 Blue Engineering Bricks used on the platform facings - made by Joseph Hamblet of West Bromwich.
These bricks were famous in their time for being able to withstand a force of 16,000lb's before
shattering 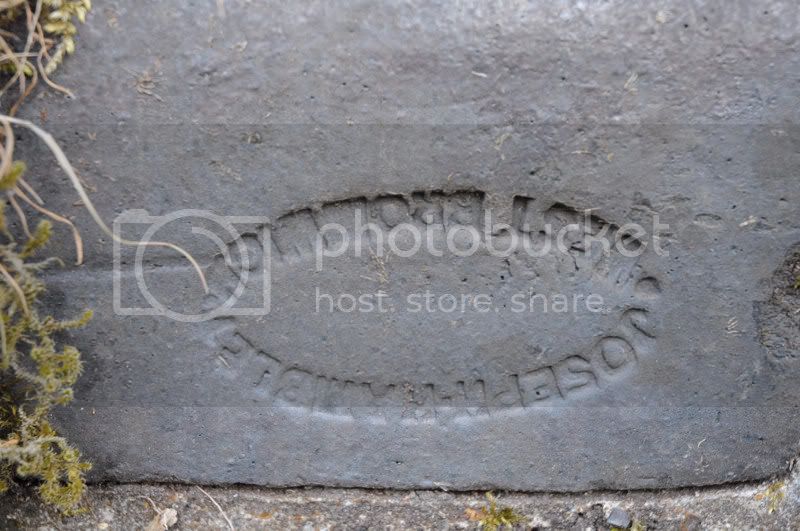 Redundant Brunel designed rails were pressed into use as frames, fence posts etc 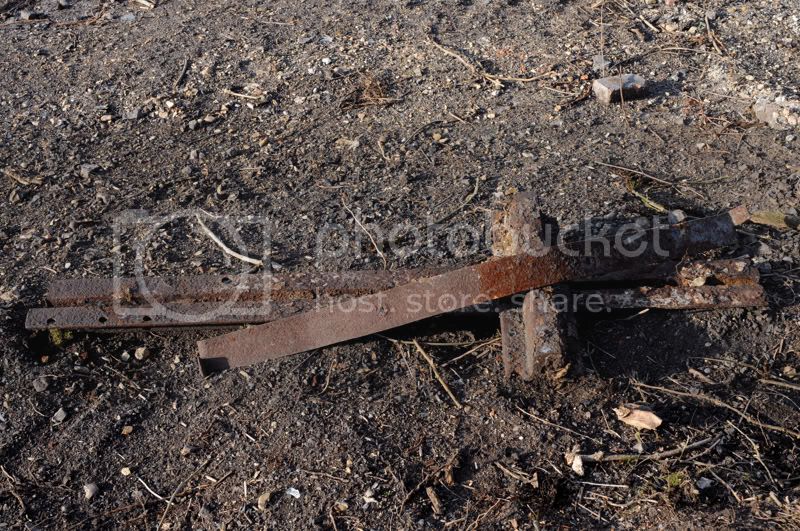 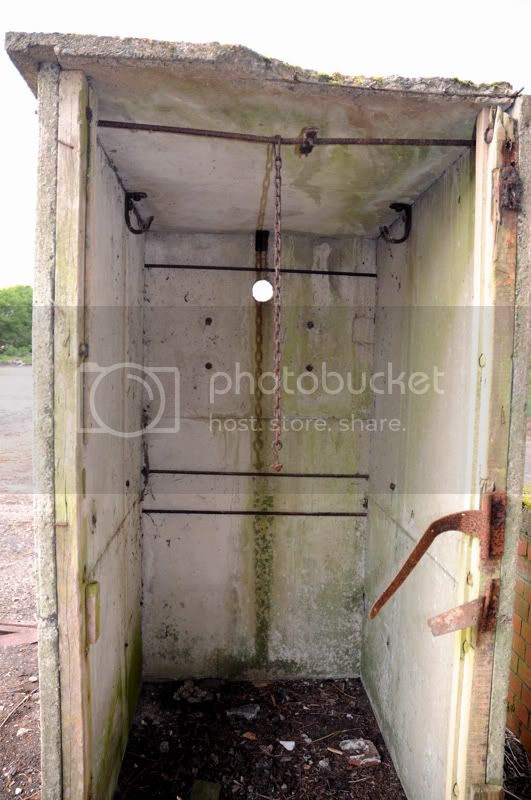 The overbridge at the far end of the station 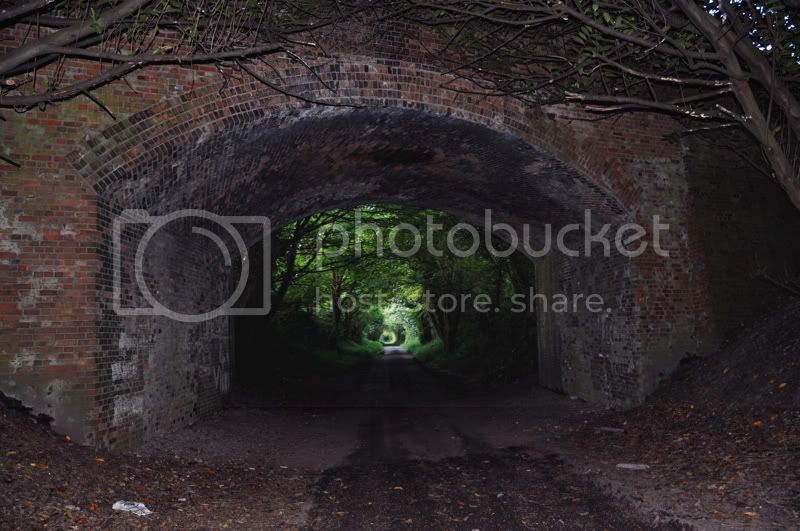 Nice. Do you have any more info about the points motor dynamo?

That's great. Good to see the various remains and the detailed description of what they were used for.
Very nice find, hydealfred.
F

Crackin' find !! Never even suspected that a derelict sig box would survive from this line.Thanx for sharing !! PS Great phots too !! All that remains now is to get me bum down there and expose millions of pixels at it !!!
S

Engineer said:
Nice. Do you have any more info about the points motor dynamo?
Click to expand...

The hand generator was used to power the electric point motor that served the new crossover that was some distance from the signal box. The crossover was part of the wartime upgrade. Working of the points was achieved by pulling the point lever half way (two notches on the lever), then by winding the electrical generator until the points changed. The lever was then pulled over to the second notch.
T

Lovely shots of an ARP spec signal box.
Never found any on my side of the border yet, though I know a few were built.

I didnt think this type of explore would interest me at all
and i thank you for changeing that and exspanding my horizons.
Realy impressed and a great accompanying brief.
More please.

skeleton key said:
I didnt think this type of explore would interest me at all
and i thank you for changeing that and exspanding my horizons.
Realy impressed and a great accompanying brief.
More please.

Thanks SK - it is surprising what is out there to find and explore.
A

Thanks for that, I see you managed to drag up a post from 2010, wonder it is still surviving. I must admit I have visited a lot of places along the line to Newbury but nothing after that. I did not think much survived after that with the A34 using a whole section of it