History
Camelot Theme Park was a theme park in Chorley, Lancashire that operated from 1983-2012. The theme park was based around the story of "Camelot, King Arthur and the Knights of the Round Table". Rides at the park included Knightmare, Whirlwind, The Dragon Ride, Excalibur 2 and The Galleon. They also performed Jousting performances which the area that they took place in also still exists to this day. Camelot Theme Park first opened in 1983. It was a family owned park for its first 3 years of operation. In 1986 it was bought by "The Grenada Group" who also owned two other defunct theme parks known as "American Adventure Theme Park" in Derbyshire which closed in 2006 and "Grenada Studios Tour" in Manchester which closed in 1999. It was owned by the Grenada Group for 22 years until it was bought by a company named "Prime Resorts". By the late 1990s Camelot was slowly declining in visitors and only had 500,000 visitors throughout the full season. This further dropped down to 336,204 in 2005. In August 2006, Camelot received joint bottom place for the healthy food available in a competition. By February 2009, Prime Resorts announced that Camelot Theme Park would not reopen for the 2009 season due to being in receivership. However, this was not the end of Camelot. In March 2009, Lavendar Hotels bought the hotel that operated alongside Camelot. By April 2009 there was an announcement that a buyer had been found for Camelot and that the park would be reopening in May 2009. By this point Camelot had been bought by a company called "Story Homes" which was a housing company based in Carlisle and were running Camelot on a lease to Knights Leasure. In 2010 Story Homes made plans on how they would be closing the park permanently after two more operating seasons to develop new houses. As a result, on 2nd September 2012, Camelot Theme Park served its last operational day but the public were not informed until 4th November 2012 when Story Homes announced that Camelot Theme Park would not be returning for the 2013 season.

Explore
During this exploration we noticed that security had tonned down significently to what it once was. Once we gain access to the old theme park we see all of the old crumbing buildings and the rusty old track to the old "Dragon Flyer" ride. Here are some of the pictures that we took during our exploration of the old theme park. We managed to cover the vast majority of the site, however we didn't go near the castle entrance as there was a security van parked right outside it and we didn't want to take the chance of them spotting us.

The pictures that I took inside the park 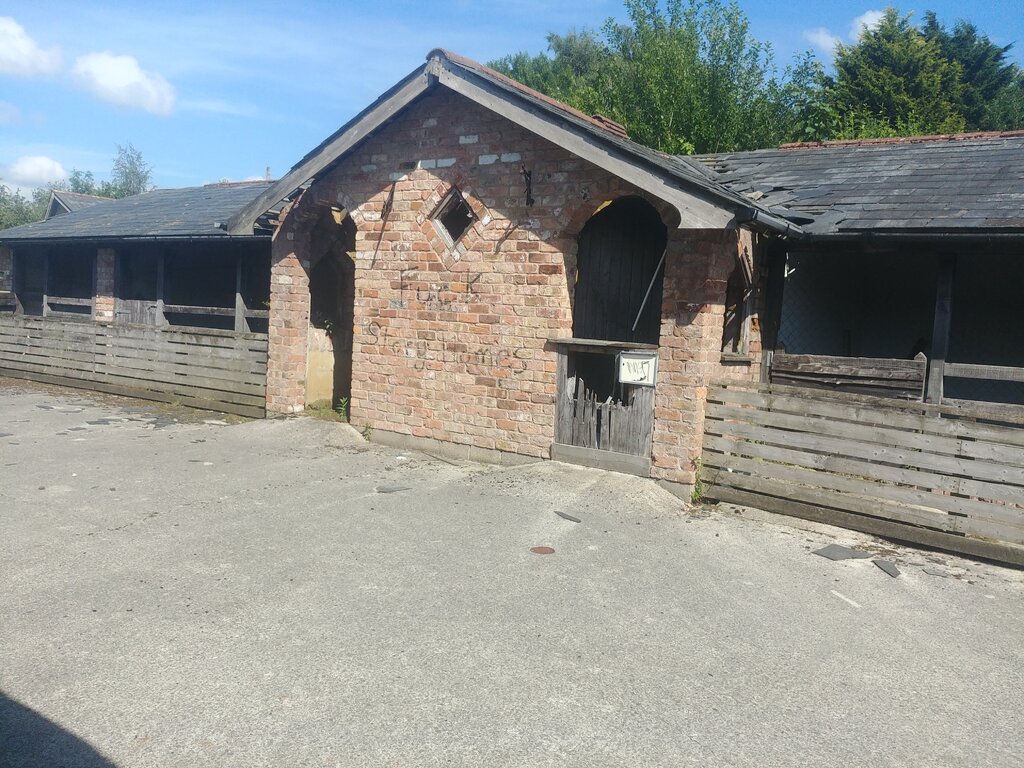 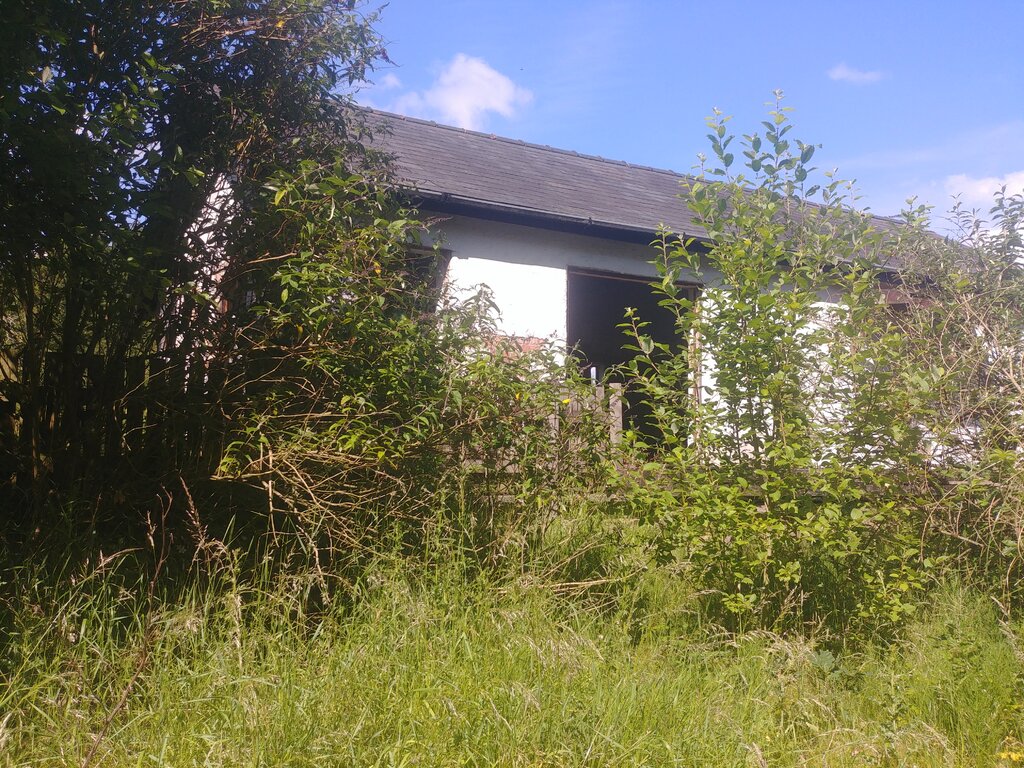 Another one of the old buildings half way between where "The Knightmare" used to be and the farm is. 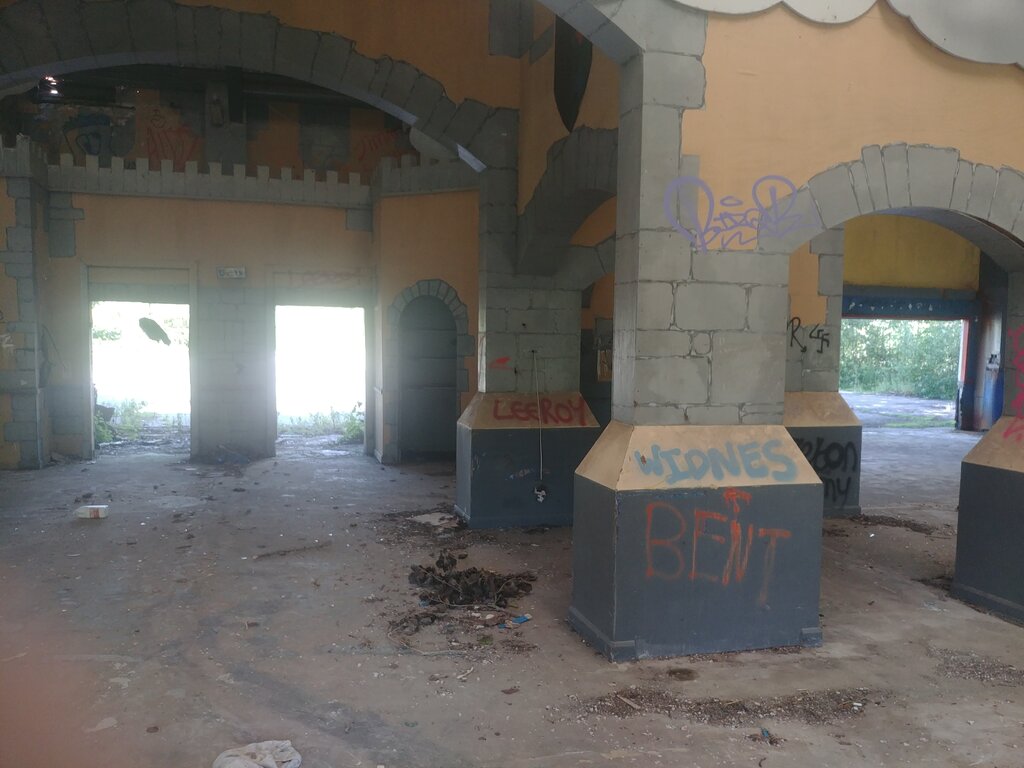 The inside of the old castle playhouse. 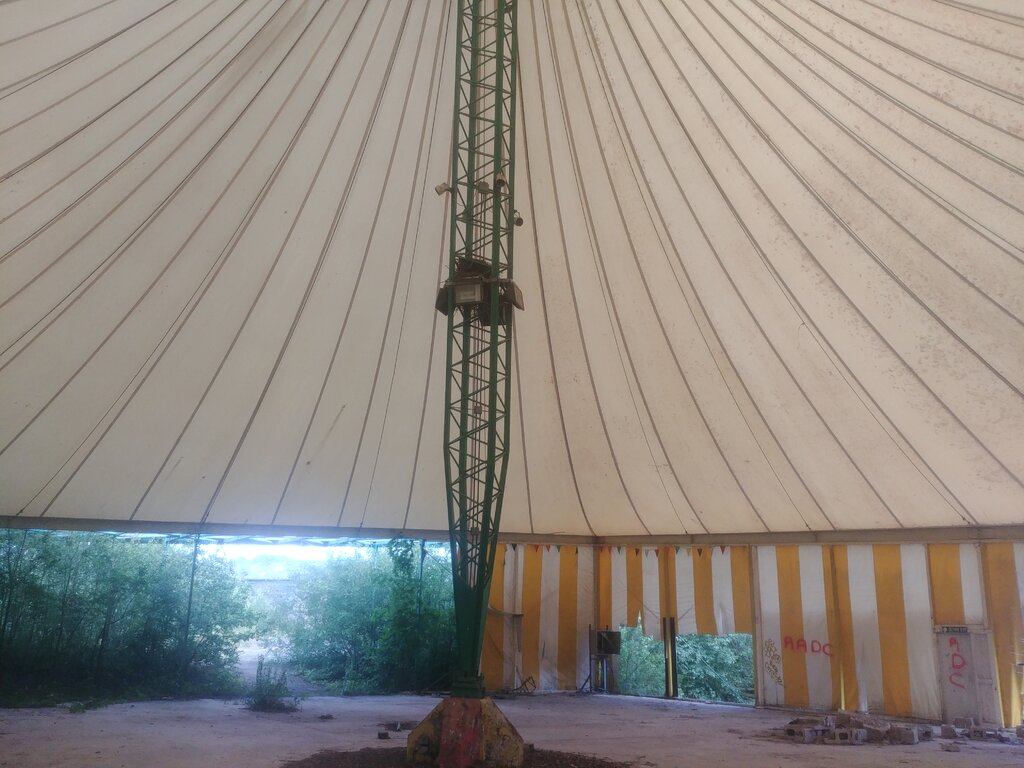 The main big tent where performances used to take place. 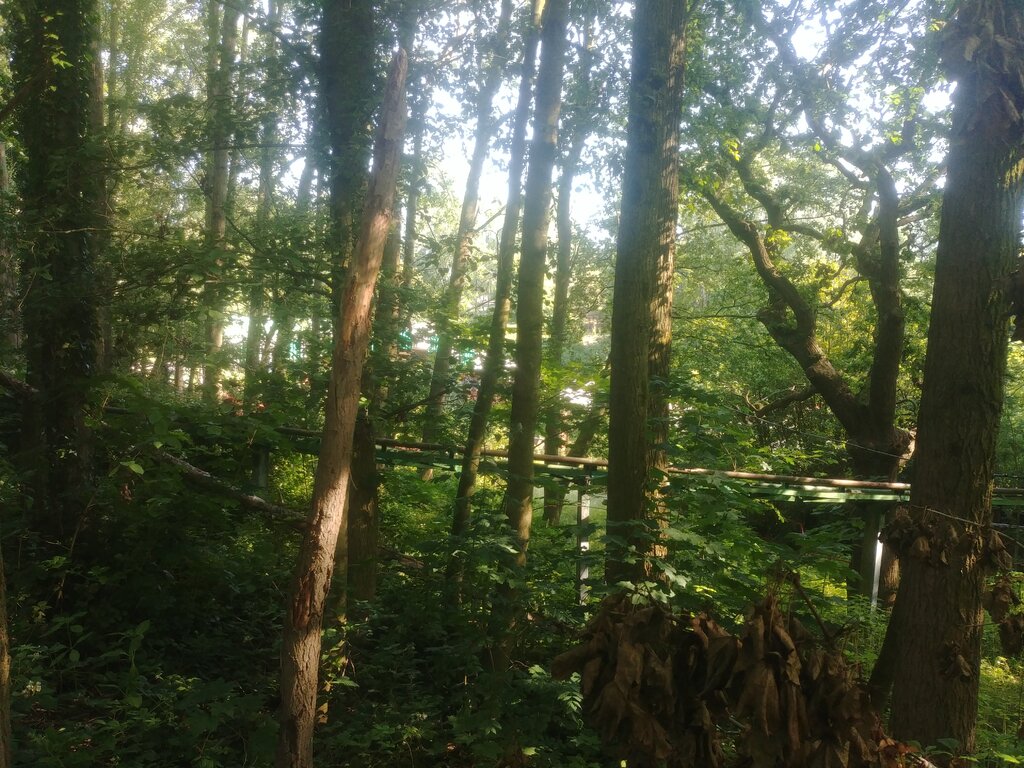 Part of the track to the old "Dragon Flyer" hidden in the trees. 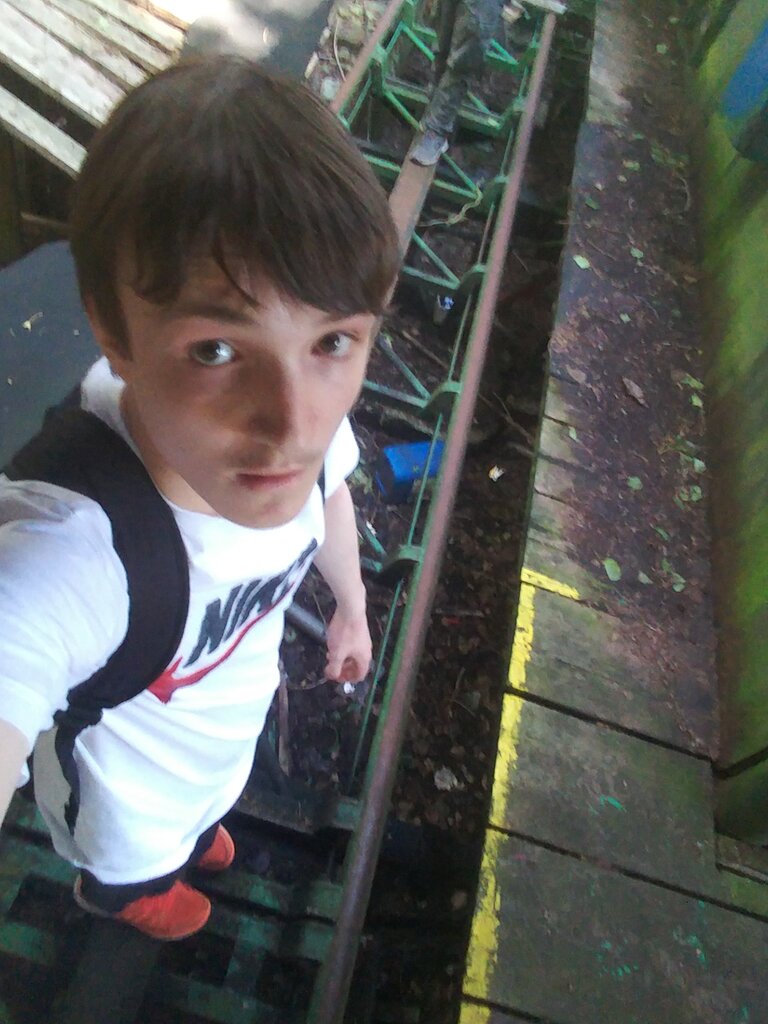 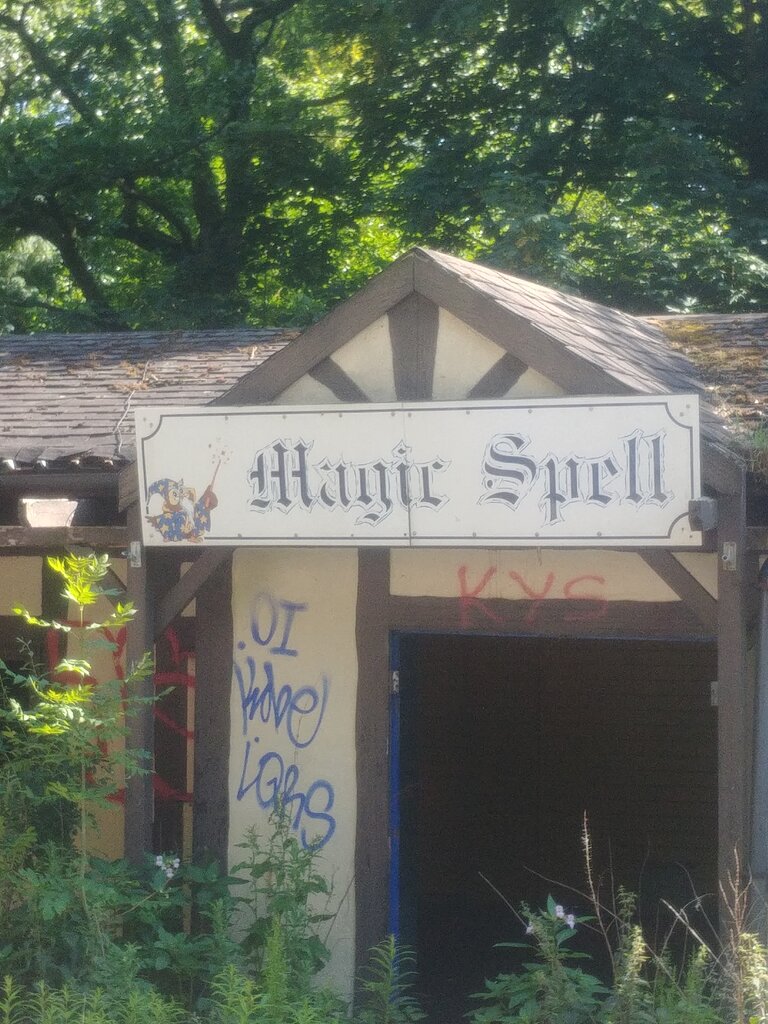 The old "Magic Spell" shop that was within the park. 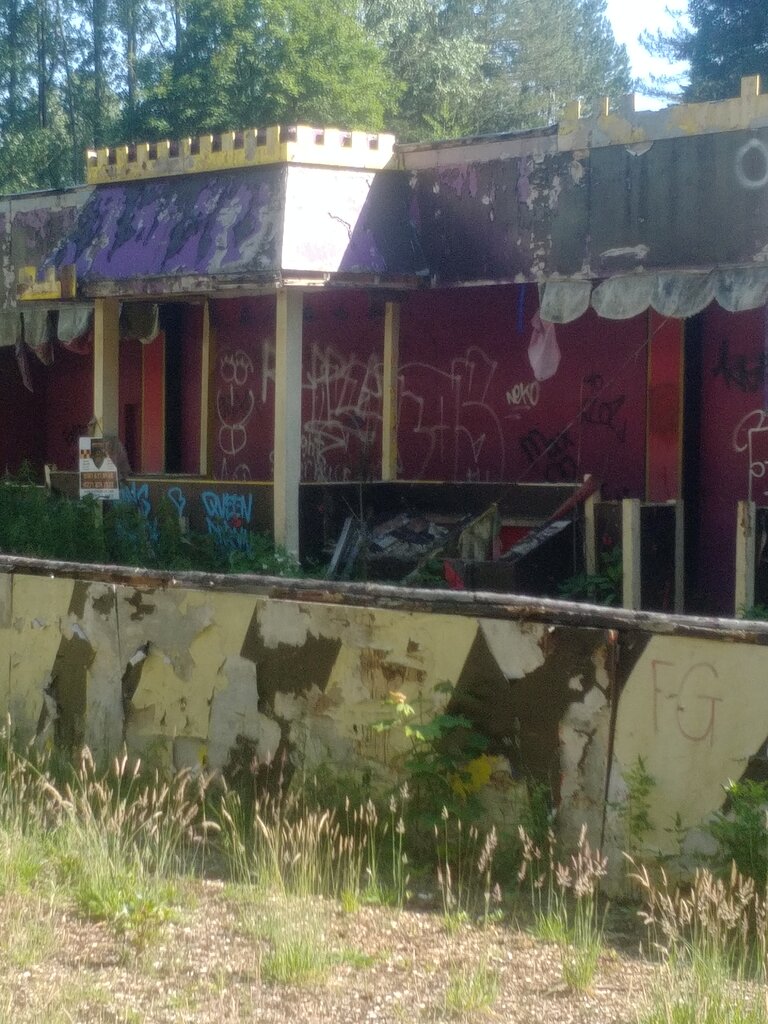 The "King and Queen" stand that was towards the back of the jousting arena. 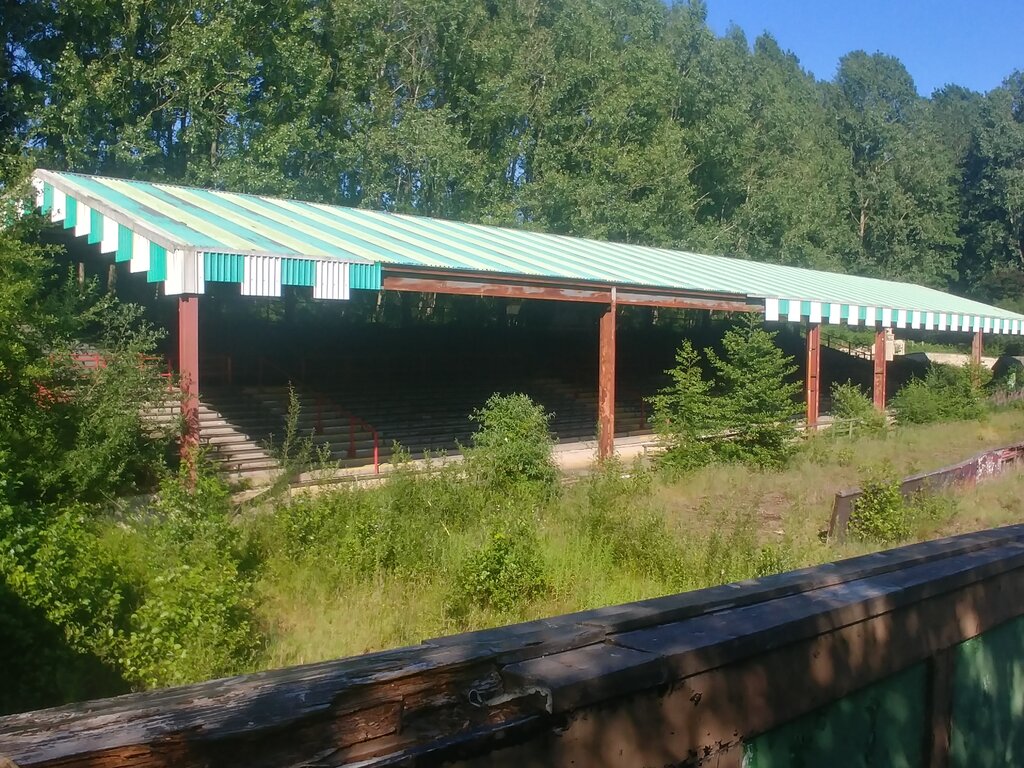 The audience area for the jousting arena from a distance. 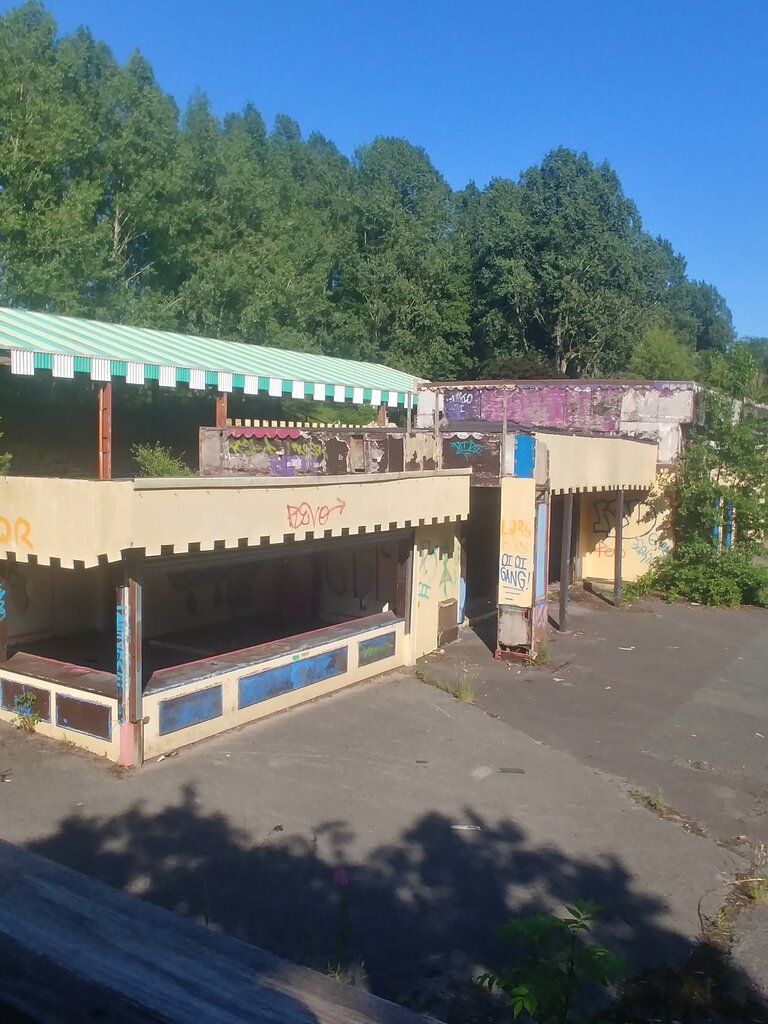 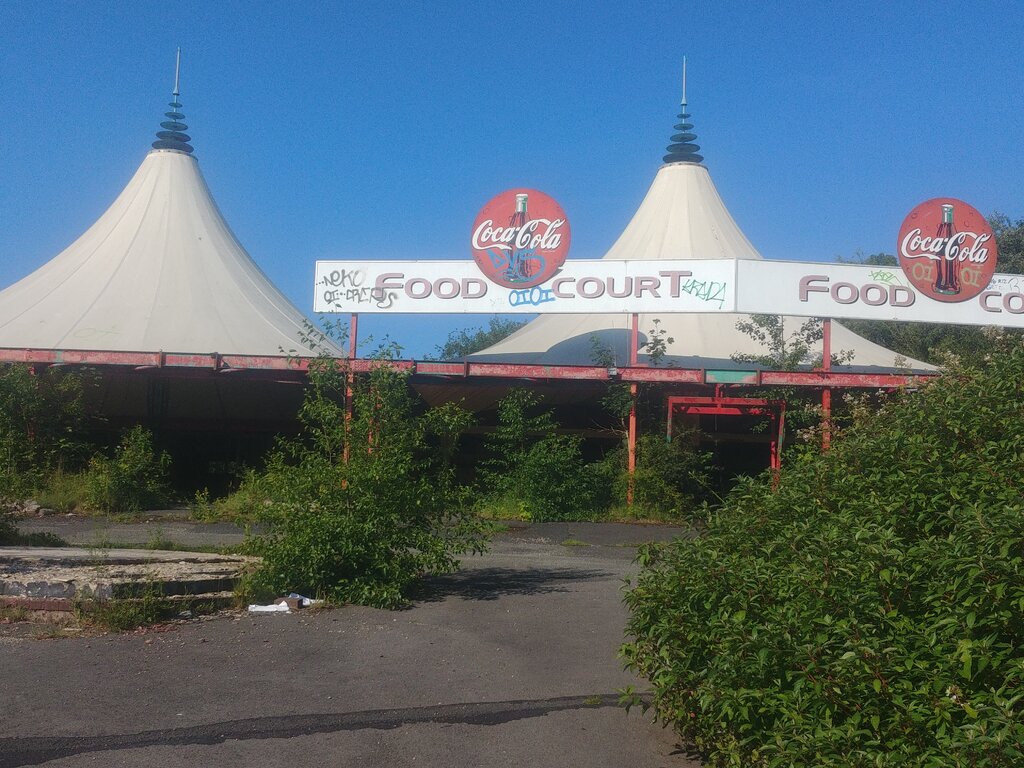 The old food court with the performance area and ghost train to the left. 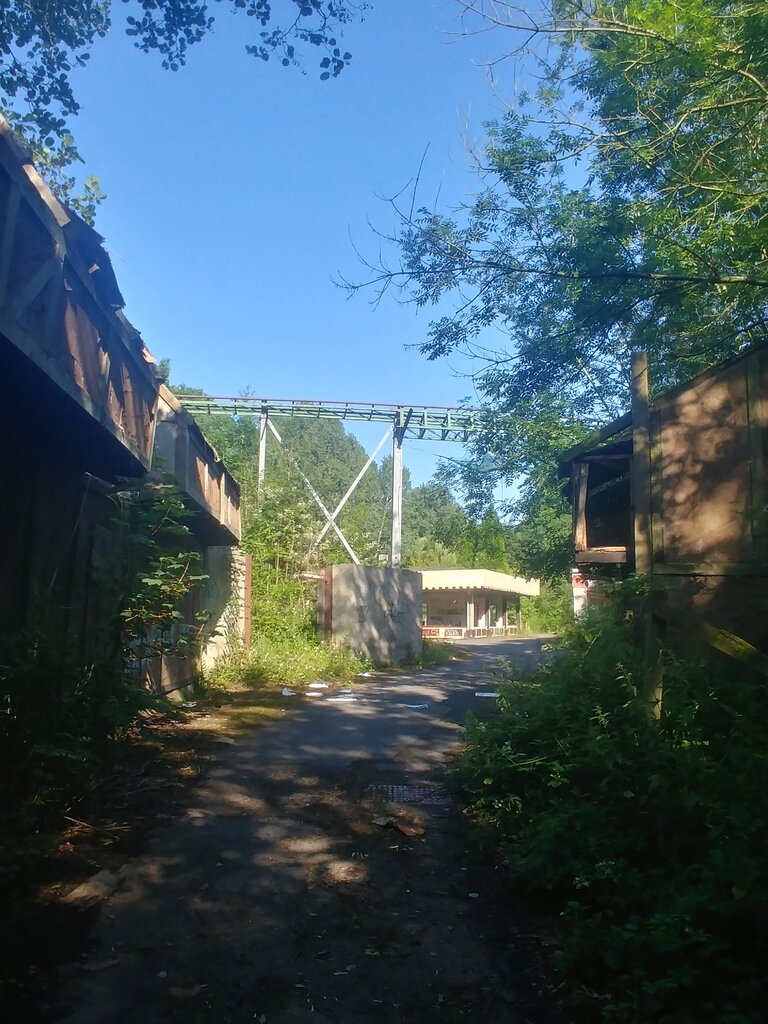 An old burnt down alley way with a high up section of the dragon ride and the games buildings to the back. 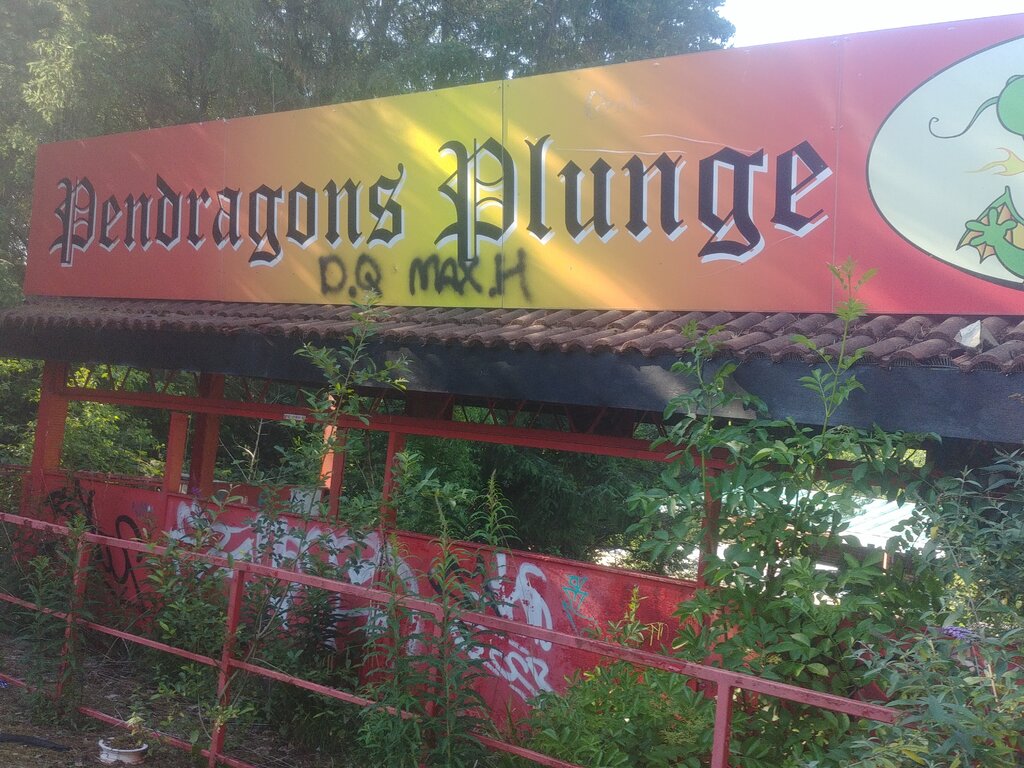 The start of "The Pendragons Plunge" ride. 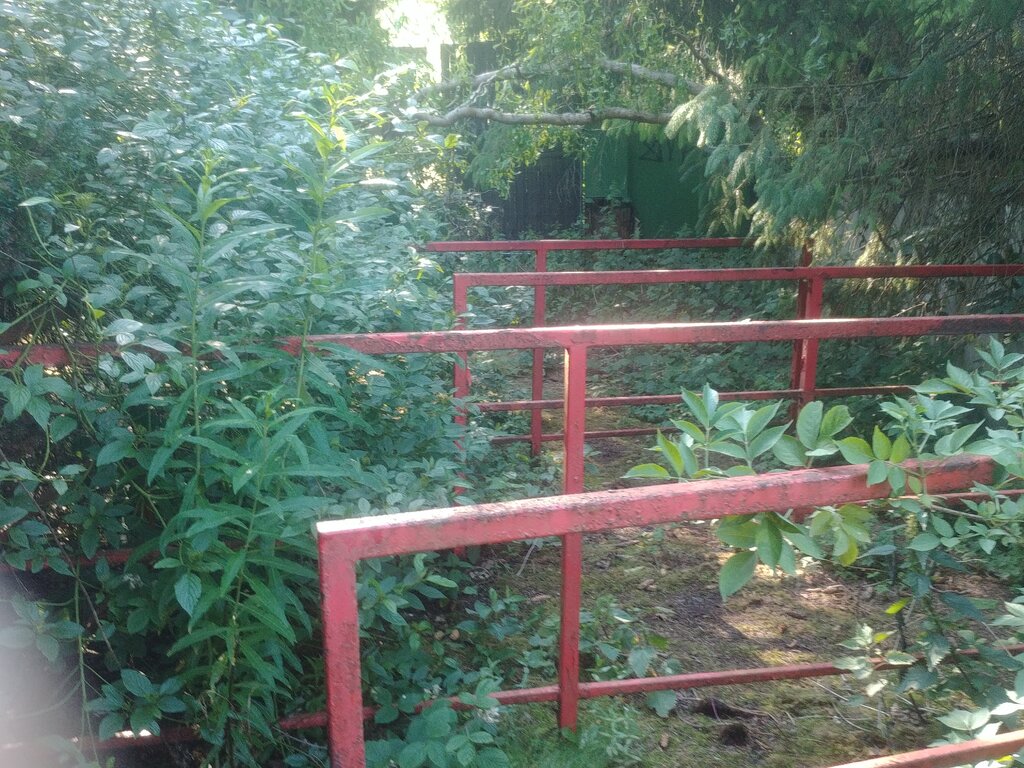 The old and overgrown queue line to "The Pendragons Plunge" 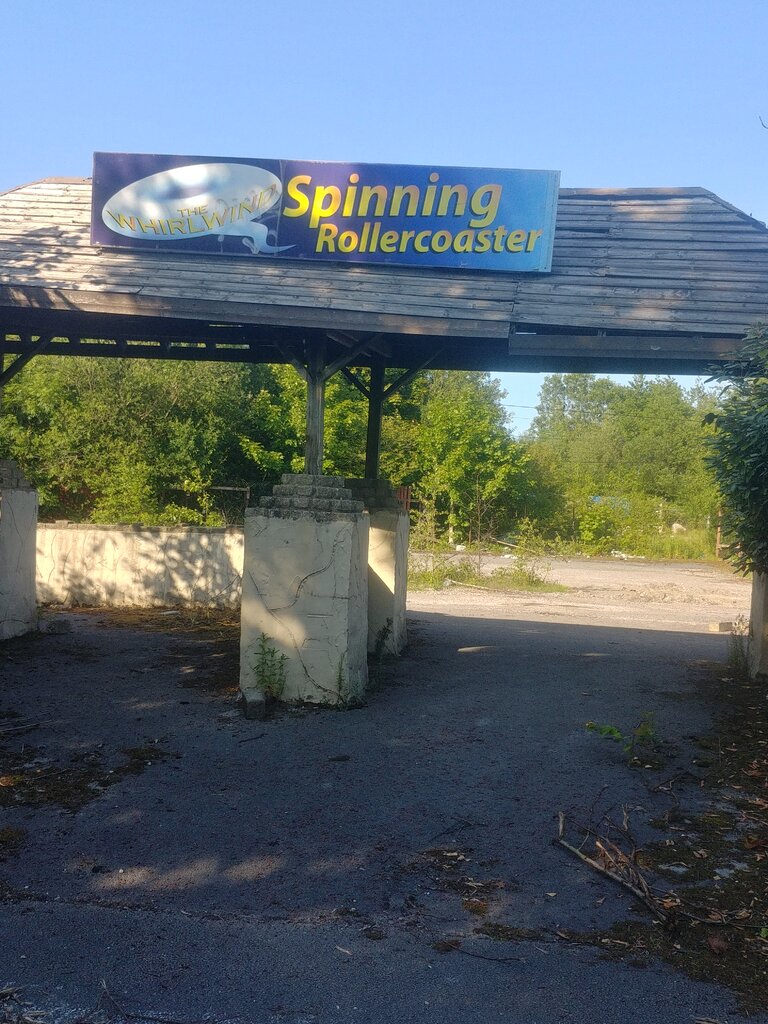 The ride entrance for the old "Whirlwind" ride that is now located at Skyline Park, Germany.
Last edited: Jun 24, 2020

After all of the years its been closed still nothing is going to be done to it. A nice update.

Love this place Some nice pics been a couple of times over the years still not been in. How is security now?

I cant believe they haven't flattened it, surely its costing more in security that it would cost to do that!
Never been there myself & though everyone slates it you have done a decent job of covering it. Well done

Amazed this place is still going!! Thanks for sharing.

Nature seem to not be able to hold back, the green is definitely overtaking - eagerly. Must have been fun when it was up and going..