Camelot opened in 1983 and operated seasonally up until 2012. The park based itself on the story of 'Camelot, King Arthur and the Knights of the Round Table'. The Granada group purchased the park in 1986, operating it alongside its now defunct sister parks American Adventure and Granda Studios Tour. In June 1998 the park was subject to a management buyout in which the park went to Prime Resorts Ltd. Camelot saw a downturn in attendance in the years that followed. In 1995, Camelot's attendance was 500,000 visitors throughout the season. A decade later its attendance was down to 336,204 visitors.
In a 2006 survey of healthy food available at leading tourist attractions in the UK, Camelot came joint bottom scoring only one point. In February 2009, Prime Resorts announced that Camelot was in receivership and would not be reopening for the 2009 season. The park’s hotel was bought by Lavender Hotels in March 2009, and in April 2009, it was announced that a buyer had been found for the park and that it would reopen in May 2009. Camelot was purchased by Story Group, a construction company based in Carlisle and leased to Knight's Leisure who ran the park.
The closure of the park was announced by its operator, Knights Leisure, in November 2012, the managing director blaming poor summer weather and events such as London 2012 and the Queen's Jubilee for declining visitor numbers. Shortly afterwards, some rollercoasters were sold (for example Whirlwind bought by the German "Skyline Park"), while others rust in the abandoned park. An application to build 420 houses on the site by owners Story Group was unanimously rejected by Chorley Council in August 2014 as the development was not permissible within the Green Belt.

Since seeing this on the forum a couple of years back, I've wanted to take a look. But with the amount of traffic here and the level of vandelism, I came to the decision not to bother back in February time. However, when Wombat picked me up en-route to a lads weekend up north he mentioned Camelot was close to our planned journey.
Wombat; "... But it'll add 100 miles to our journey"
Mrs Punk; "Do it"
Probably the easiest decision I've had to make all year.
So we left a sunny Leicester and headed up north.
We arrived on site and the clouds were rolling in, apparently I've upset the gods. The whole time we were there it pissed it down, then seemed to cease when we got back to the car. This was the most relaxed explore I've done all year, we saw other thrill seekers there, casually strolling around. I was quite surprised to find the food outlets were closed aswel considering the place has probably had more visitors than Alton Towers that summer. Not the best shots as between each shot I was wiping raindrops off my lens, but I've done it. Shame I hadn't 18 months ago. 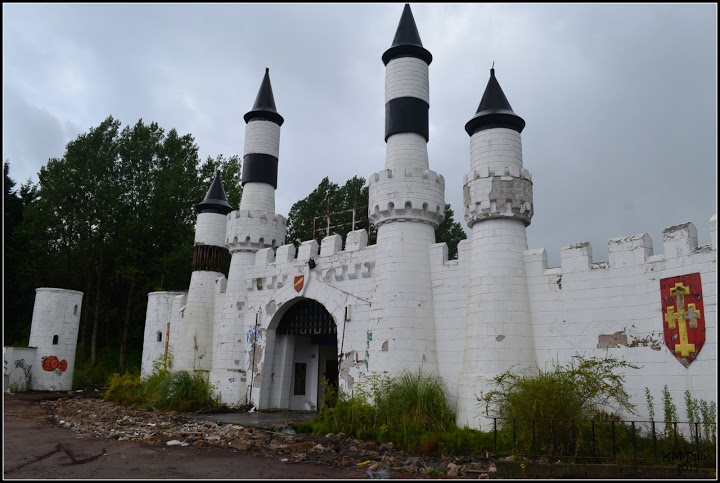 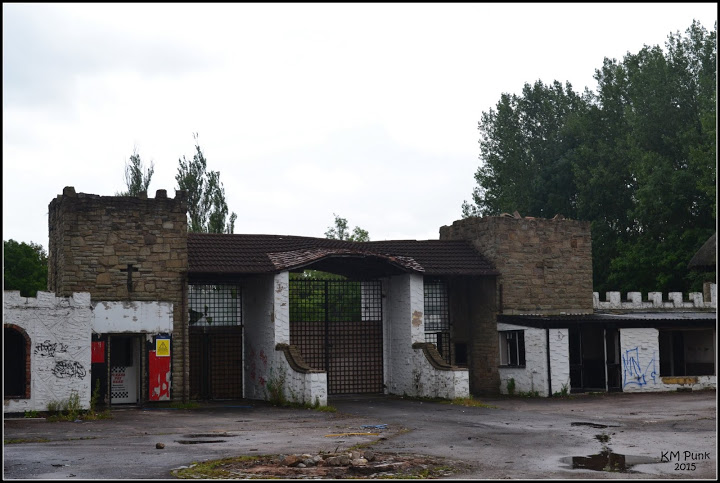 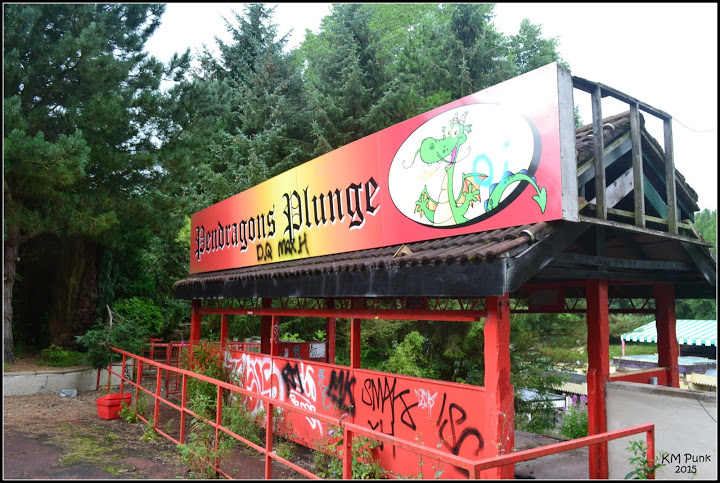 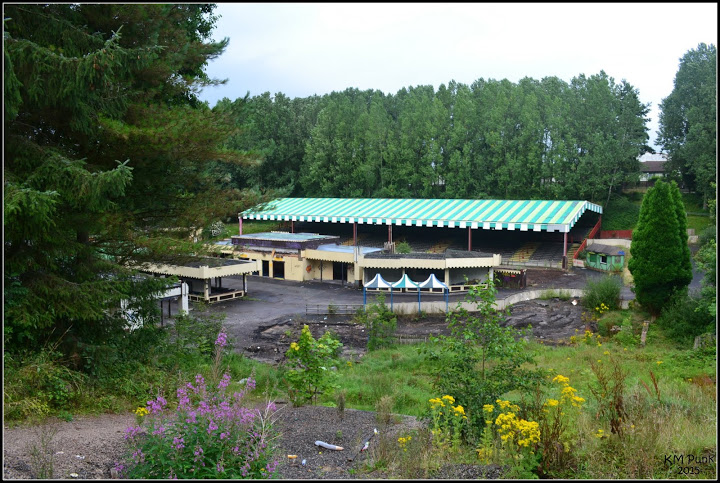 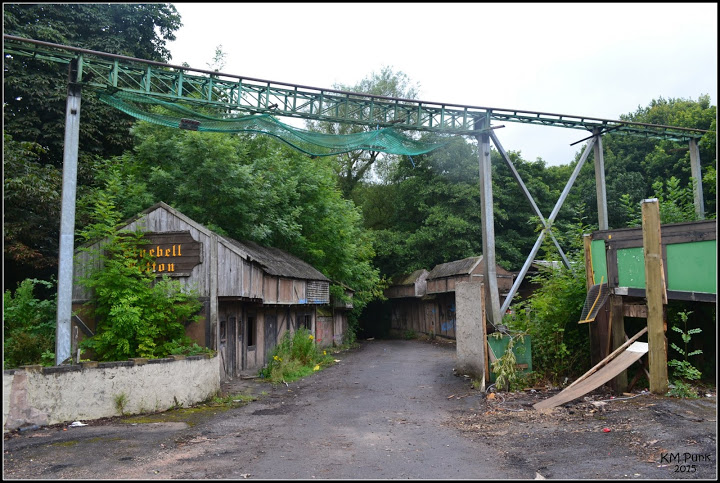 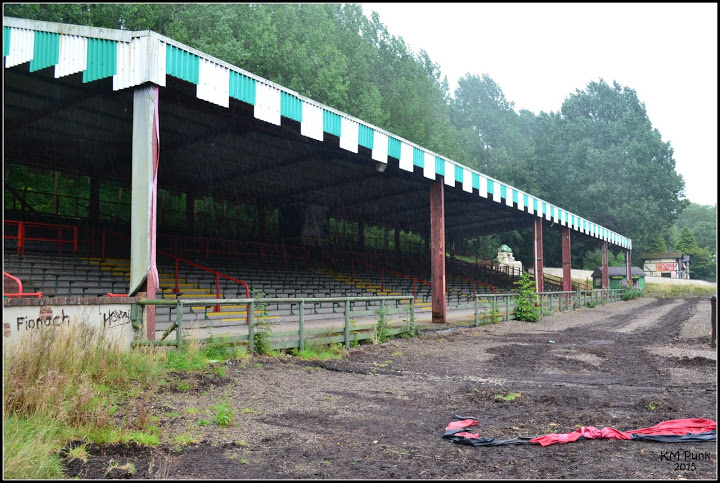 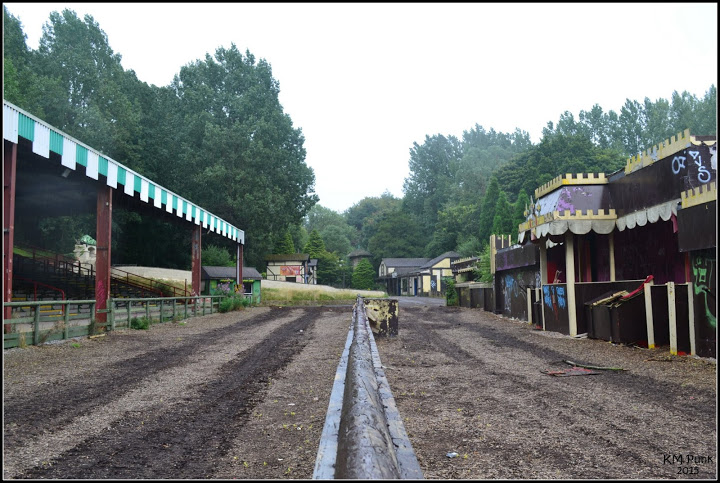 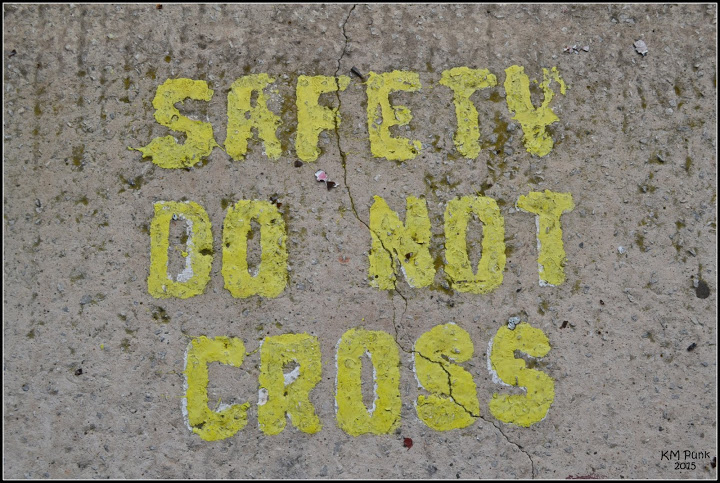 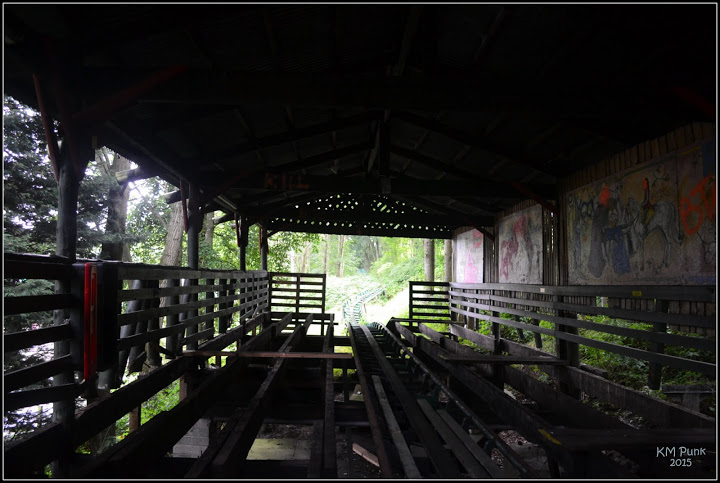 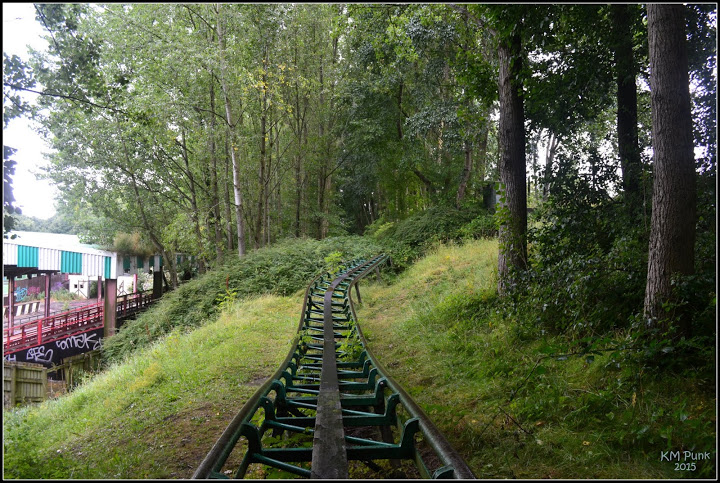 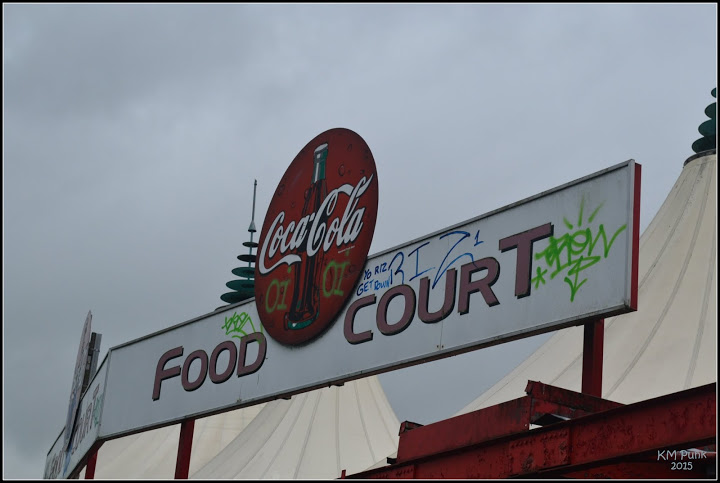 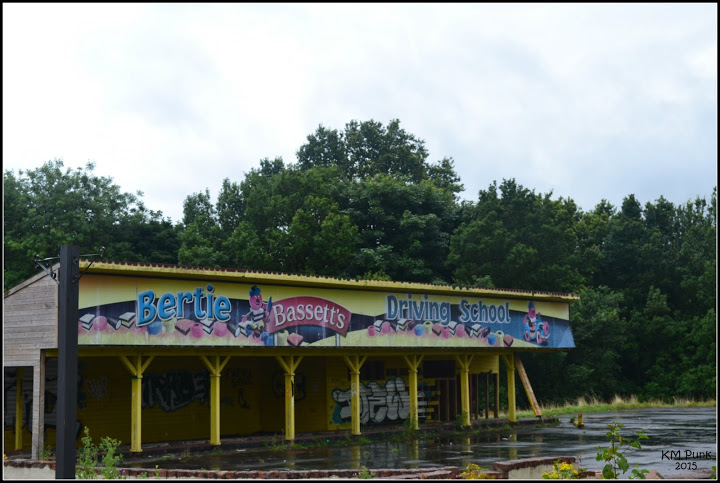 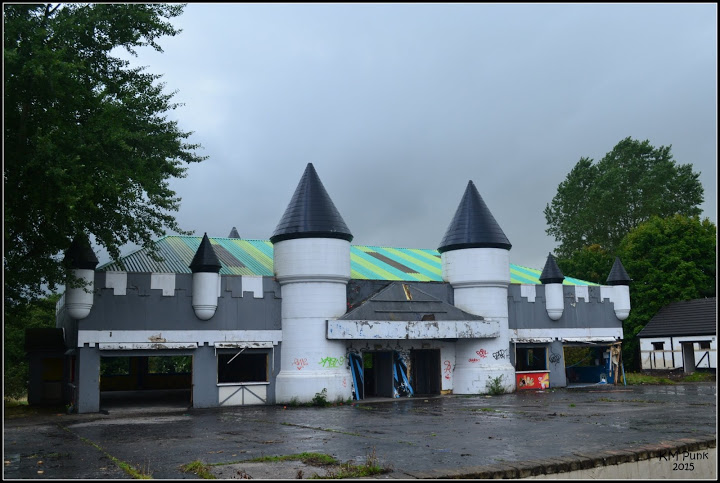 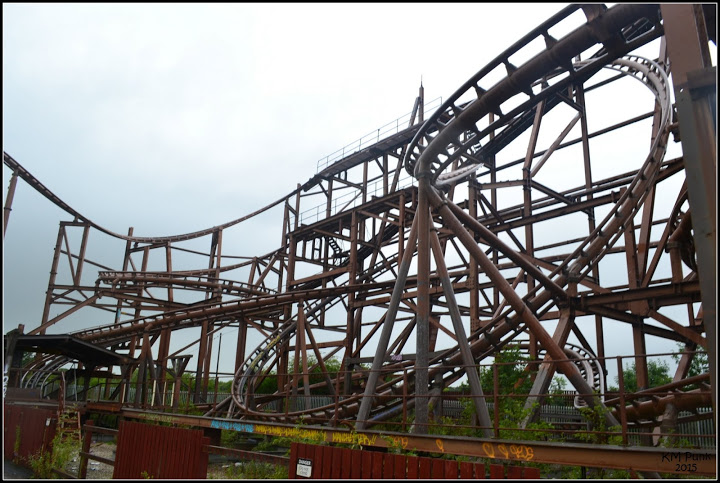 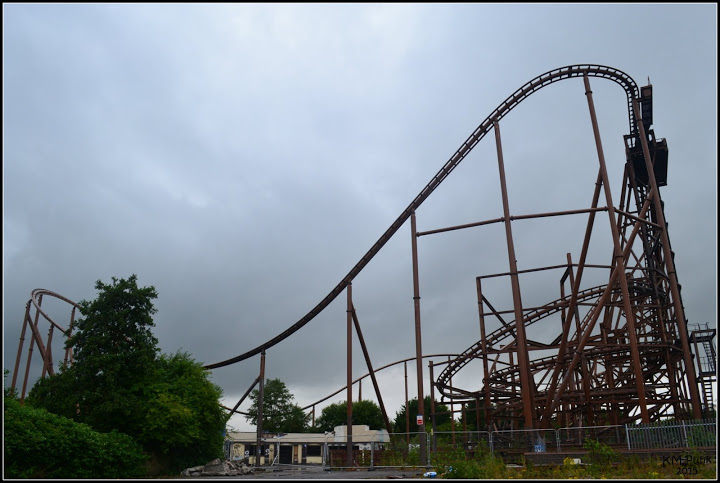 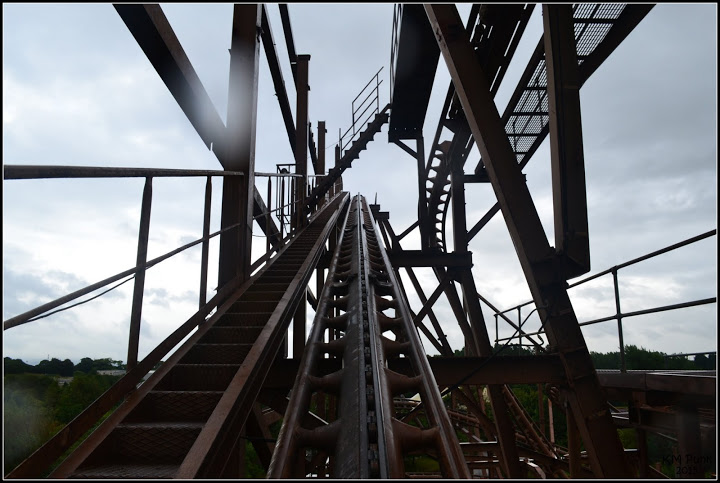 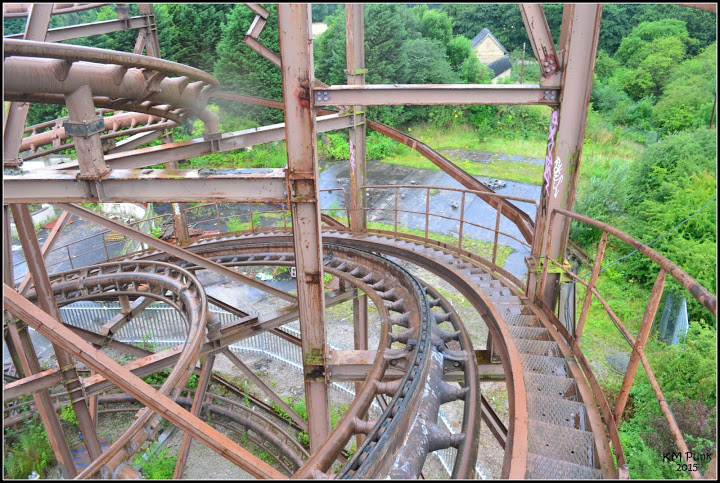 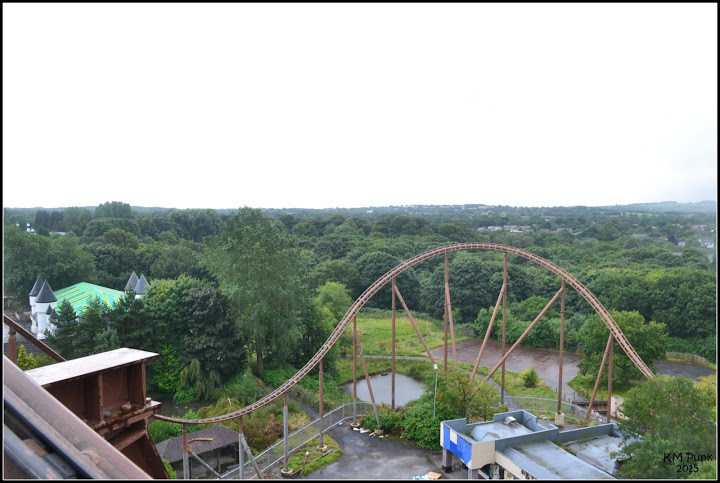 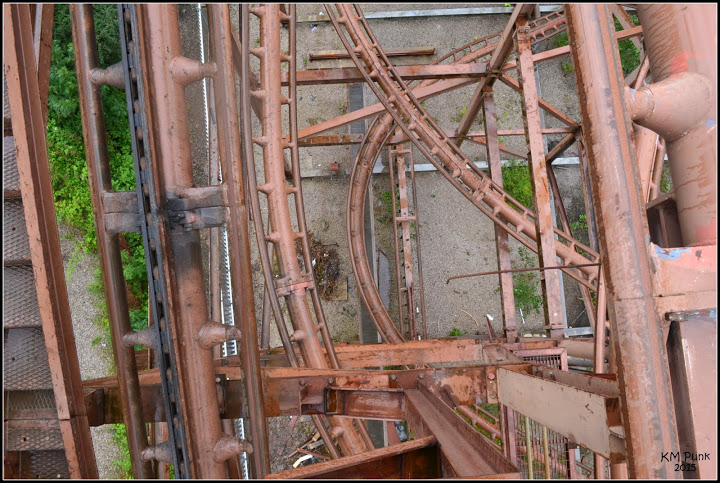 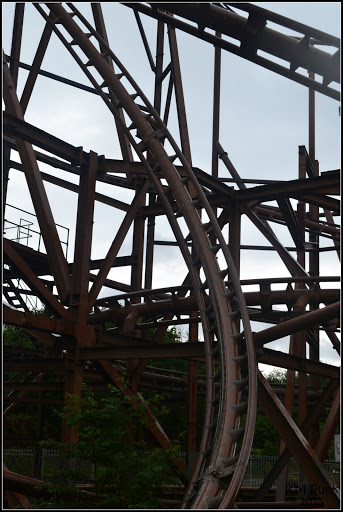 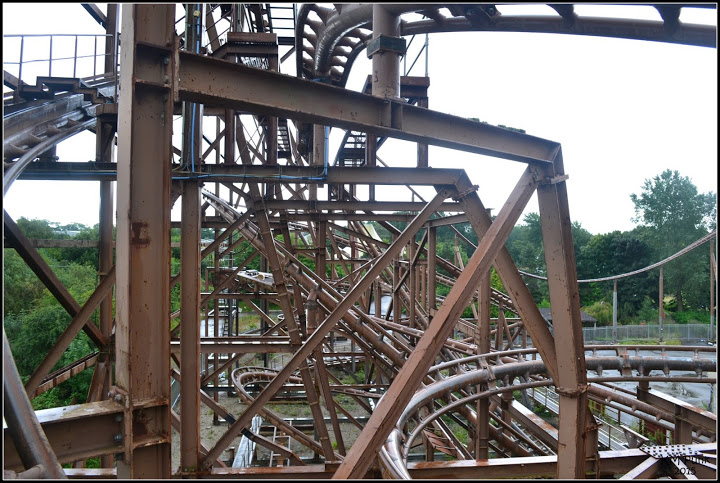 Better late than never! Excellent report, thanks for sharing

Another superb report from you. I'm surprised that some of the buildings are still standing.

Really want to go to this place but i have heard the bulldozers are set to go in very soon and demolish the place and place always has security.
well done for going fella you got some great shots.
B

I'd love to see this place. Great set of pics.
A

Great set of pics. Plenty of them as most people get caught.

I actually went here several times as a punter. The last time was around 2005 and to be honest, it wasn't looking too different to how it does today, back then. Bar a few missing rollercoasters and some graffiti. I don't think they spent much on it in the few years before it closed.

I really want to visit this place myself. Great photos KM Punk

You made a great job of that, most enjoyable, Thanks