Hi all, back from a self exile due to my computer being sent away for a repair!, Anyhow I've been a busy little hound dog since then as you will see. Been wanting to do this colossus for some time now and after a heads up, from fellow explorer Lost Tom, I headed off to the wilds off Northamptonshire on a freezing cold Sunday winter morning. Here's some history for y'all.......

Catesby is a colossus, both in terms of length and gauge. Originally planned as a cutting, its existance is due entirely to the owner of the Catesby Estate who did not want unsightly trains blotting his landscape.
The 2,997-yard structure was cut by T Oliver & Son of Horsham as part of the Great Central's 'London Extension' construction contract No.4. It passes through the upper beds of the lower Lias and the lower beds of the middle Lias. 27 feet wide and 25 feet 6 inches high, Catesby is straight throughout and on a rising gradient of 1:176 to the south, with the summit of this section reached as daylight resumes.
Its creation demanded round 290,000 cubic yards of mining. Work to sink the first shaft began on 18th February 1895 and the last length was keyed in on 22nd May 1897 - a remarkably quick average rate of 110 yards per month. Progress was greatly accelerated by the use of Ruston steam navvies (cranes).
The tunnel was mostly driven from nine construction shafts, each equipped with wooden headgear which was used to lower materials to the men working beneath. None though was permitted within 500 yards of the north portal due to the landowner's wish that the privacy of his residence, close to the workings, be maintained. As a result, 264 yards through very heavy ground had to be constructed by means of a 12x10ft bottom heading and break-ups. This proved liable to breakages and one part completely collapsed. The surrounding strata was under significant pressure which resulted in a heavy lining of seven rings in the arch and side walls, with six rings in the invert. These were divided into 10-foot lengths.
Cut-and-cover was used for the first 44 yards from the north portal. The length adjoining this had so little ground above it that the two crown bars were laid from a trench on the surface.
The remainder of the tunnel proved relatively light work and was driven full-sized without headings. Here the lining is mostly five rings thick with a four-ring invert, all faced with Staffordshire brindle and built in lime mortar. Around 30 million bricks were swallowed up by the structure.
Very little water ingress was experienced, amounting to around 80 gallons per minute. Chases were built into the back of the brickwork at intervals, leading to pipes built through the side wall at rail level. Water was then discharged into a culvert in the six-foot, accessed via deep catchpits.
Ventilation is provided by five shafts. Four of these are 10 feet in diameter but the northernmost - 1,250 yards from the entrance - is 15 feet wide to provide greater air flow. The landowner did not want his view blighted by rising smoke either! The first belch from coal traffic occurred on 25th July 1898.
Trackworkers were relatively well served with regular refuges provided on both sides and three rest cabins built into the Up side wall. One is located directly opposite the tablet that marks the "half way" point.
Both lines through the tunnel were inspected by the local ganger twice each day. In the winter of 1906, this role was carried out by Joseph Turner, as it had been for the previous 18 months. At about 4:20pm on 4th January he completed an examination of the Down line.
Half-an-hour later, a London-Manchester express with upwards of 50 passengers on board entered the south end of the tunnel at around 60mph. As it approached the fifth shaft, a rail broke beneath the locomotive and all five coaches behind it derailed, ripping up 450 yards of track. The last carriage became detached and came to a stand foul of the adjacent Up line as a goods train was approaching. Only prompt action by the driver, who put down a detonator, and the guard, who sounded the whistle, prevented a collision.
Catesby Tunnel retired from operational service on 3rd September 1966 since which time the permanent way has been removed. Water ingress compounded by a blocked drain just north of the fifth shaft means that, in places, it is flooded to a depth of a foot or more. Calcite makes it presence felt with some extraordinary formations.
Over recent years, the structure has featured in a number of reopening plans. In 1997, Chiltern Railways' Evergreen project proposed a link from Aylesbury to a parkway station near the M1/M6 junction and then onwards to Leicester. This would have passed through the tunnel. The Central Railway (CR) freight scheme sought to link Liverpool and Lille via the Great Central's former alignment. But a review of the proposal carried out for affected local authorities found that "Catesby Tunnel does not correspond remotely to the loading gauge to which CR aspire."
And HS2, the company set up by the government to consider possible routes for a north-south high speed line, looked at an alignment (Route 4) which could have used the existing tunnel for one line of a two-track railway or over-bored it to a width of 11 metres to accommodate both lines. In the end, the preferred route followed a course several miles further west.
The tunnel is unlikely ever to find function again and will continue to deteriorate. It is a sad end to a remarkable piece of engineering.
Taken from the Disused tunnels database. 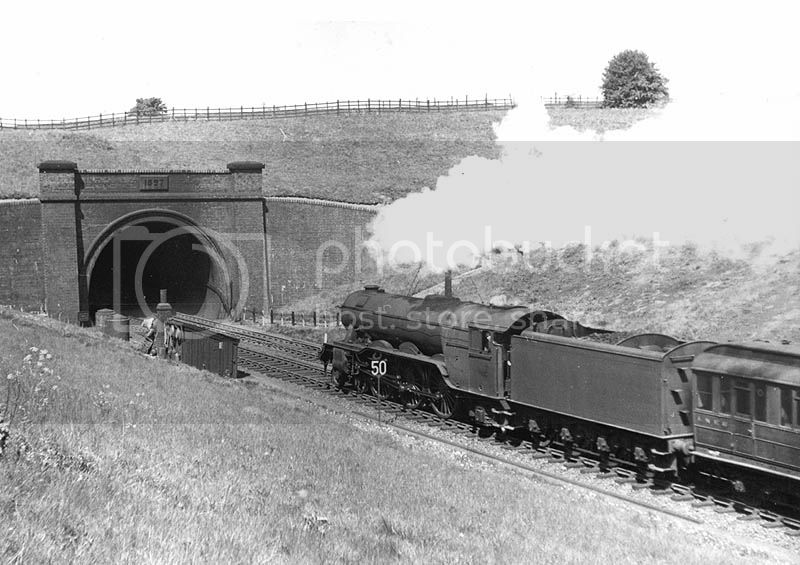 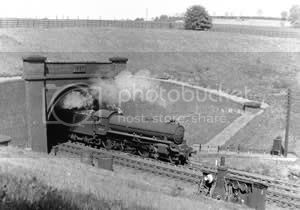 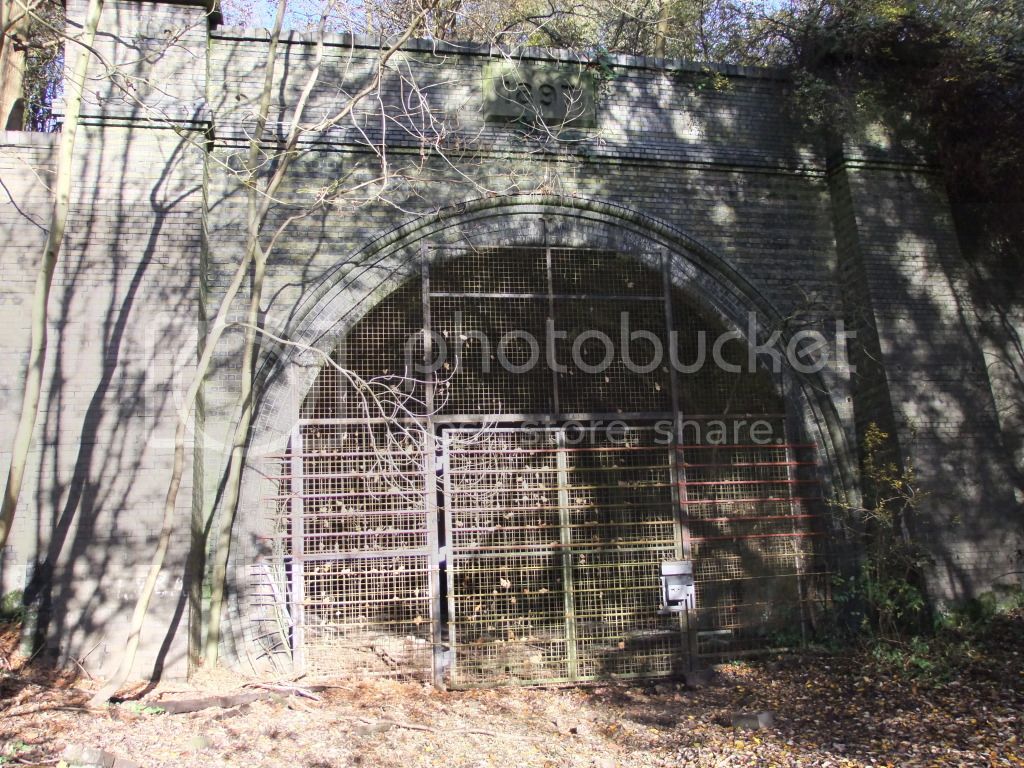 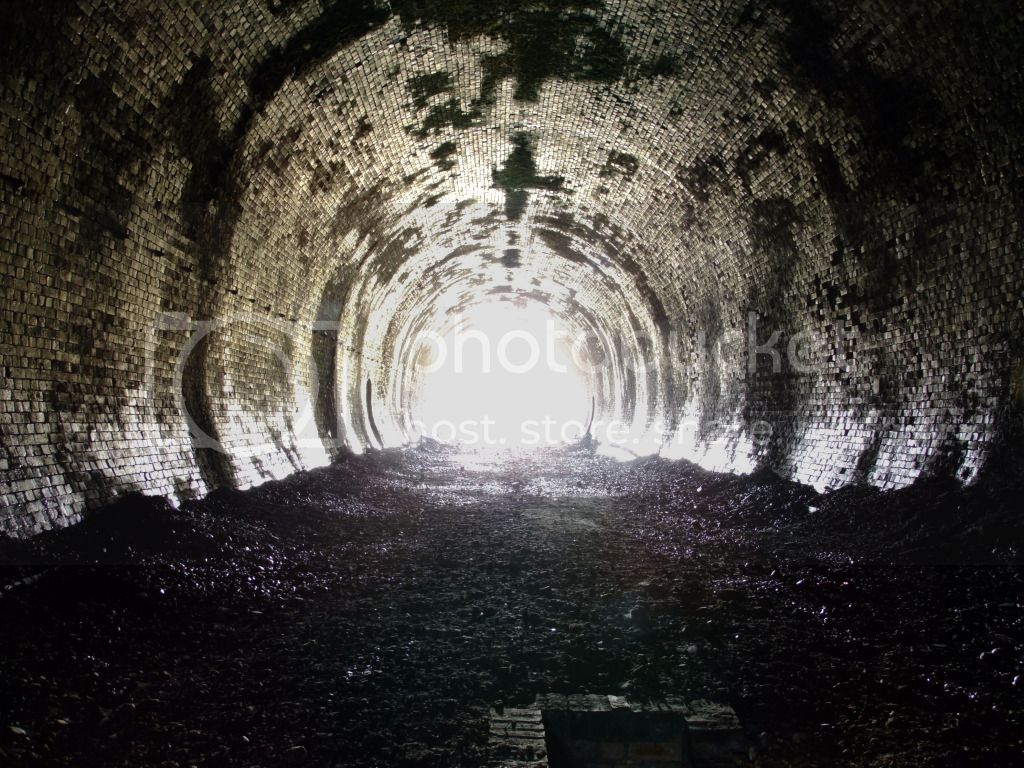 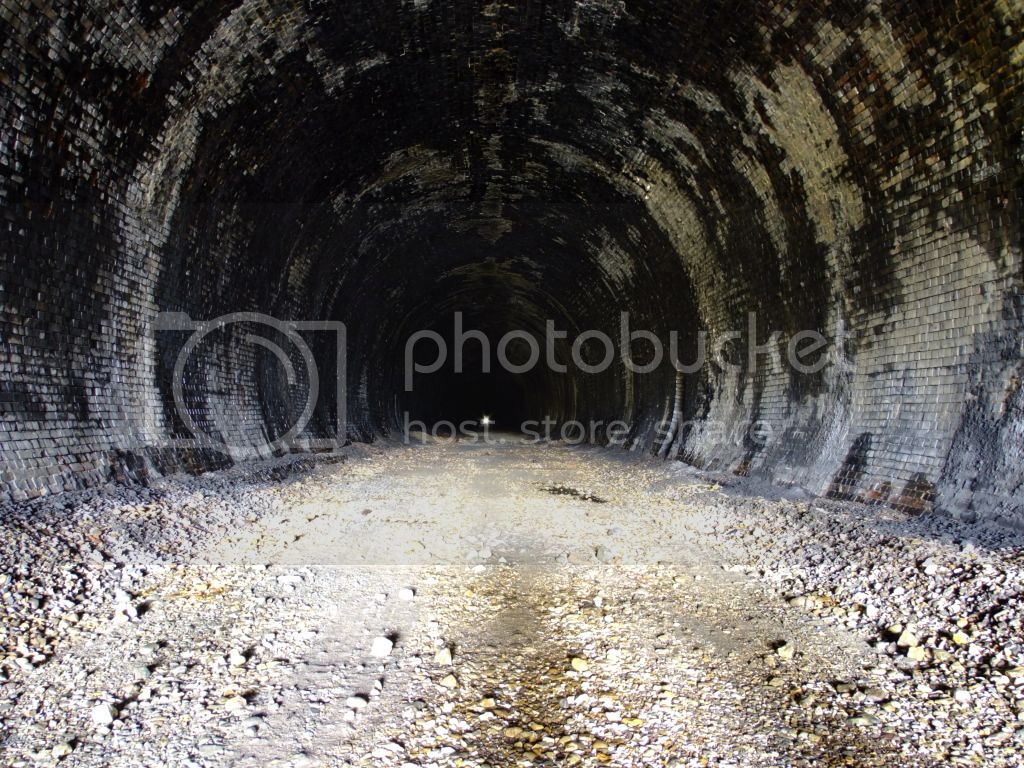 I cannot begin to tell you how dark this place was, and wet too. Very hard to focus and light! 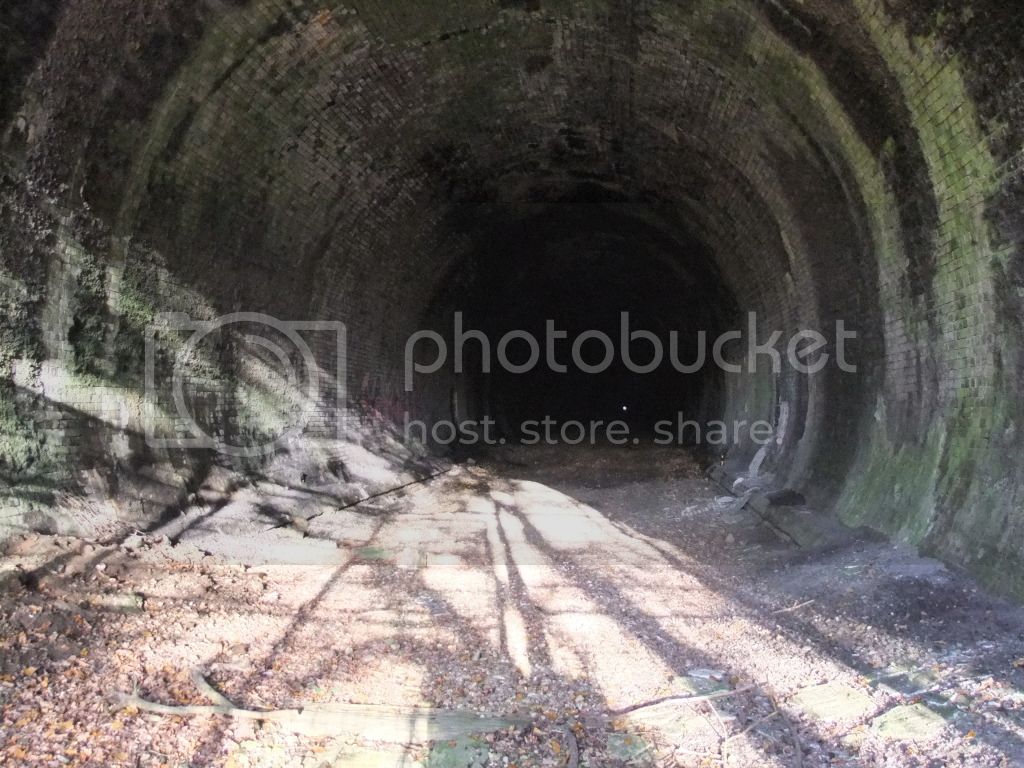 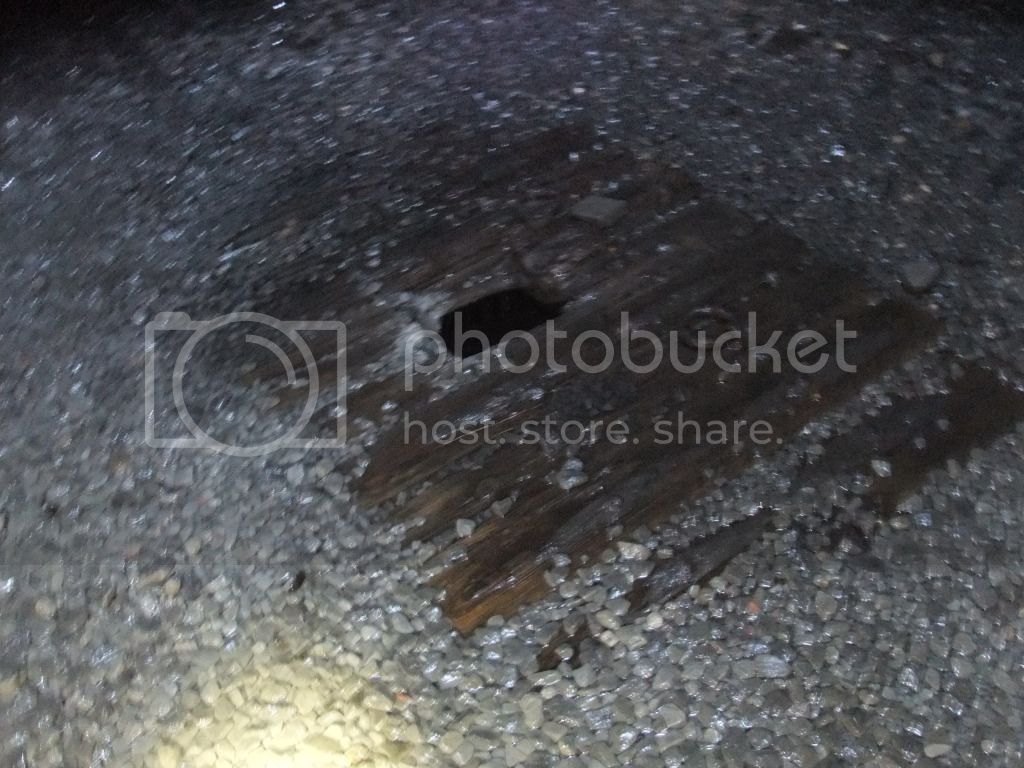 This an inspection for a central drain culvert running the length of the tunnel. 125 years old and still working! 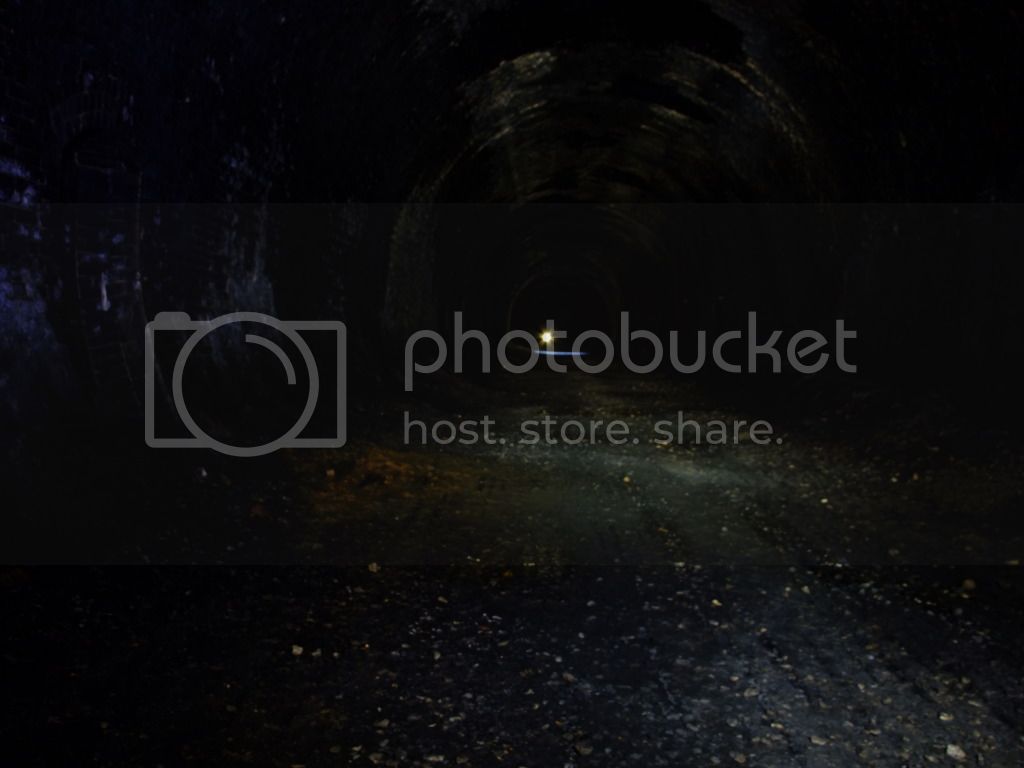 The darkness that is Catesby! 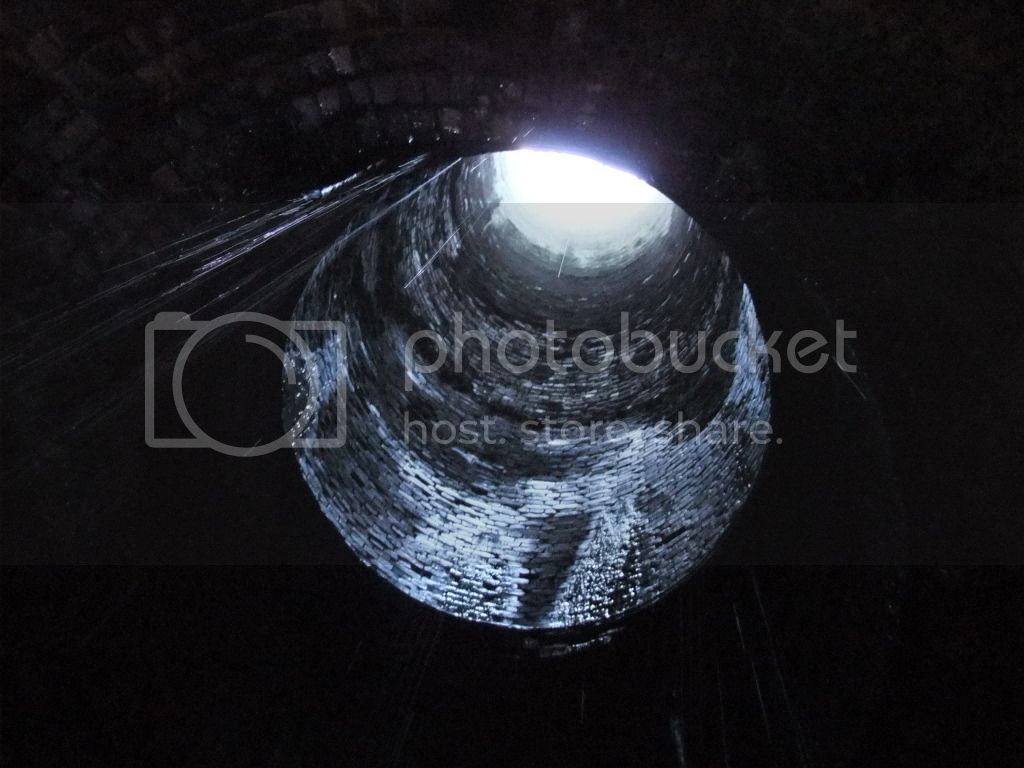 Airshaft No1 with accompanying waterfall. This is as far as we got as we had to beat a hasty retreat. Hope you enjoyed it
Last edited by a moderator: Nov 24, 2012

Dark as a biaatch in here!!.

Loved it but why the hasty retreat?

night crawler said:
Loved it but why the hasty retreat?
Click to expand...

We got unwanted company!! Had to vacate! or get locked in!

But I will go back and walk the whole thing!

Thanks Nelly, was a long ride out to this one!
F

Thanks mate, good to hear from you again!

Great photos, I need to have a look at this one. Paid a visit to Great Oxendon Tunnel a few weeks back, nearly as dark and a pain to photograph

Chris34 said:
Great photos, I need to have a look at this one. Paid a visit to Great Oxendon Tunnel a few weeks back, nearly as dark and a pain to photograph
Click to expand...

This one is slightly longer than oxendon Chris. 2,997 yards

Black Shuck said:
This one is slightly longer than oxendon Chris. 2,997 yards
Click to expand...

Thanks Alex, it's a cracker too.

Thanks for that Chris, 2 miles underground. 4 miles all round!

Thursday at 8:16 AM
PurplePagan
P