Been here twice. The first time I discovered it was surrounded by a moat and not accessible.
So I did some externals & found the Chapel in the woods at the back of the Chateau.
Being an obsessive bugger I was really peeved not to have gained access
so after 3 months of planning I went back........
It was partially destroyed by a great fire March 13 1932.
The owner of the castle Baron Robert Lejeune had been installing new central heating - oops!
The castle now remains in ruins. Only the chapel behind the castle was spared and is still in reasonable condition.
It even has photocopies of the history on the Altar?
Though I have seen posts on Urbex groups talking about how aggressive the owner is. All I saw was 2 guard Donkeys - Eddie Murphy & Mike Myers I suppose.
First the externals 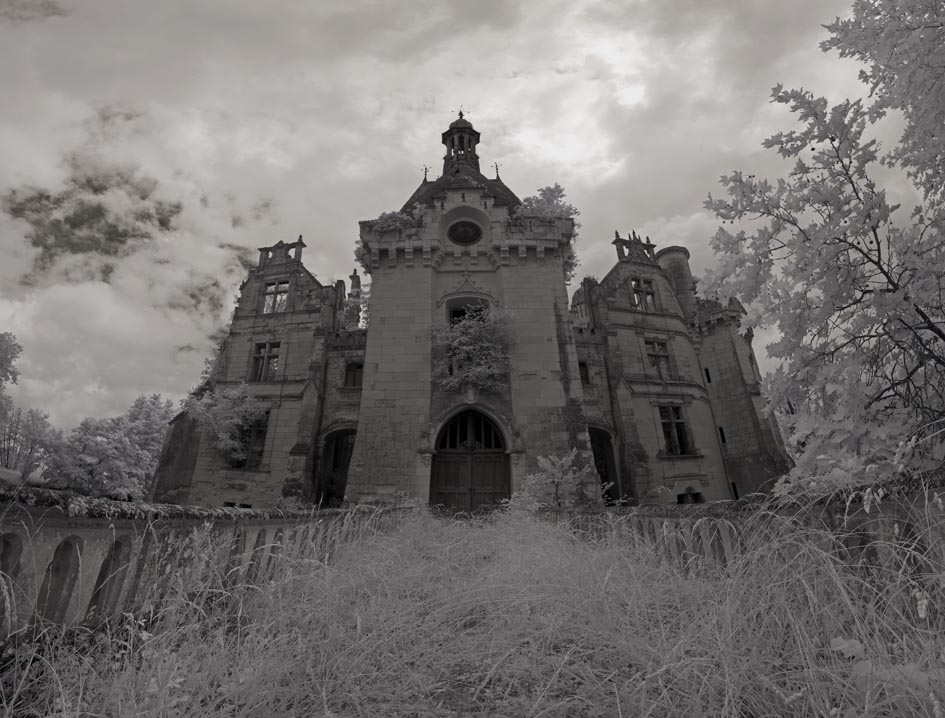 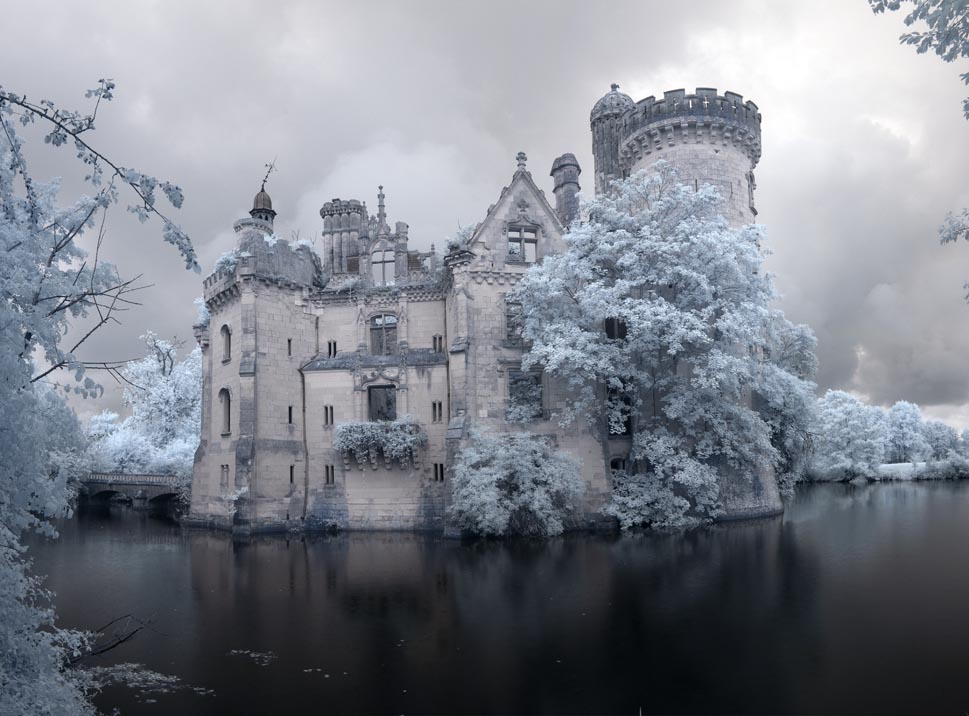 Someone has been in in 2013 'cause they have carved their names in the wall on the right of the far left French Door - Why? 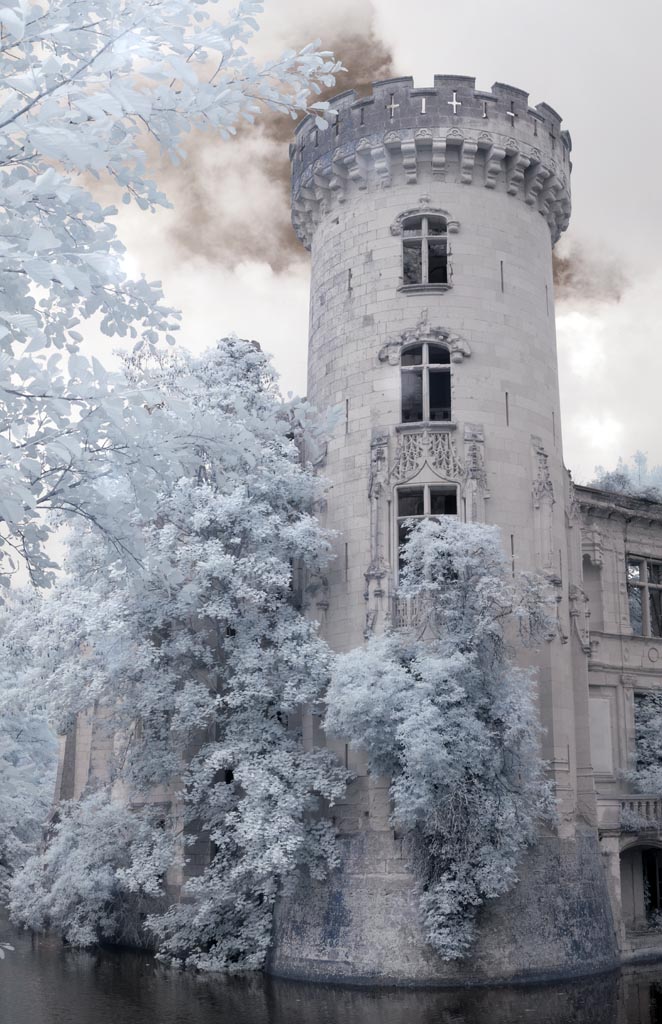 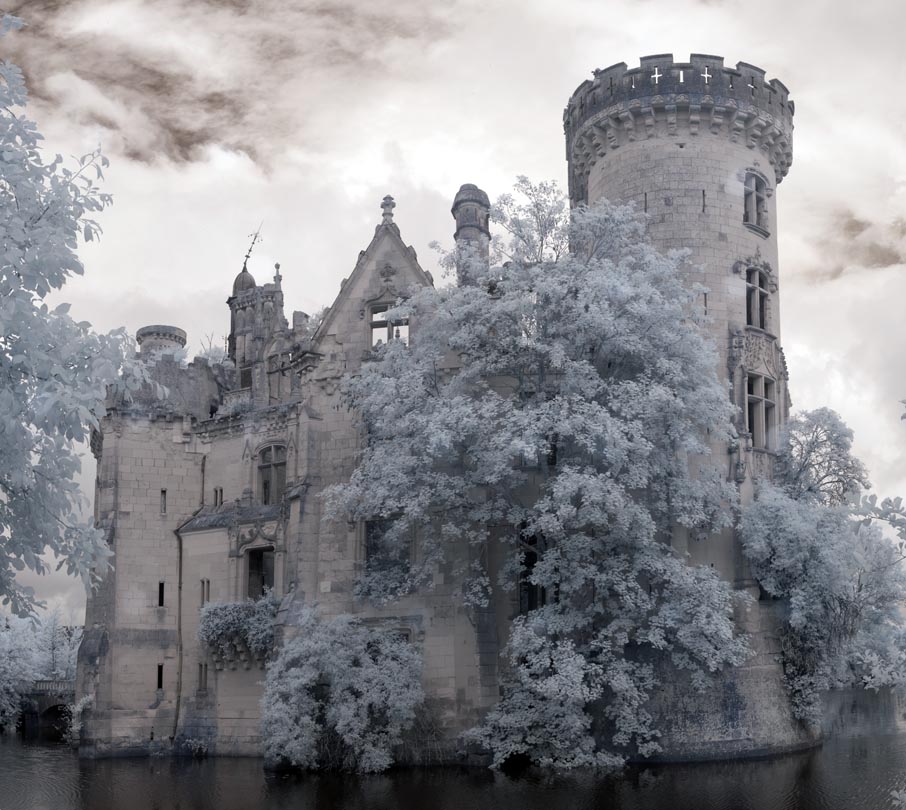 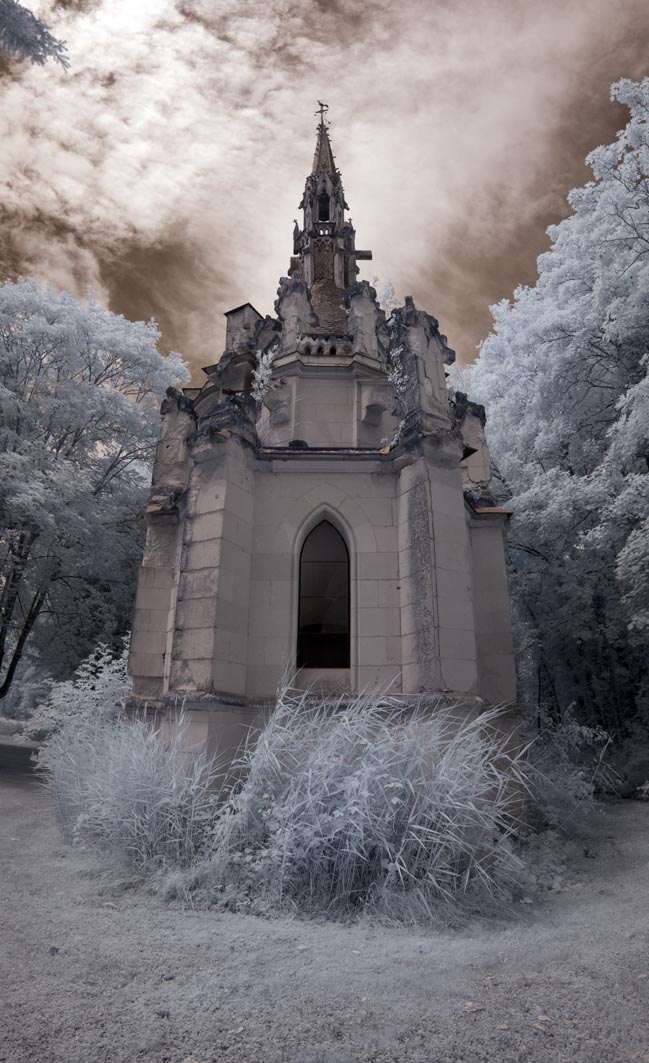 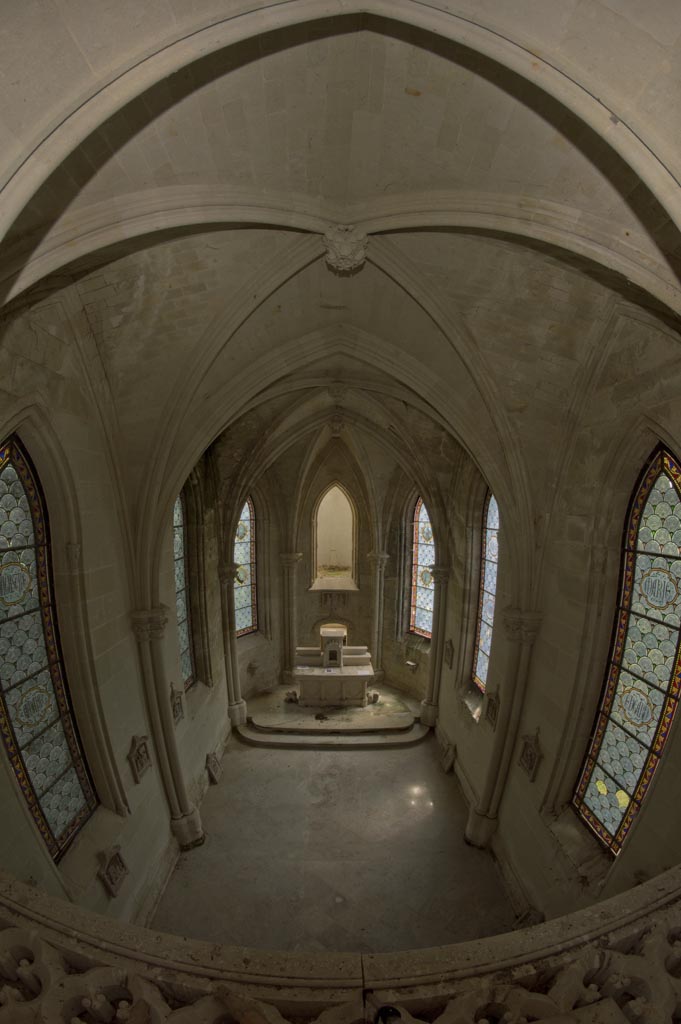 Now the internals. I haven't found any others on the web. Which is not to say there are none - I just can't find 'em. 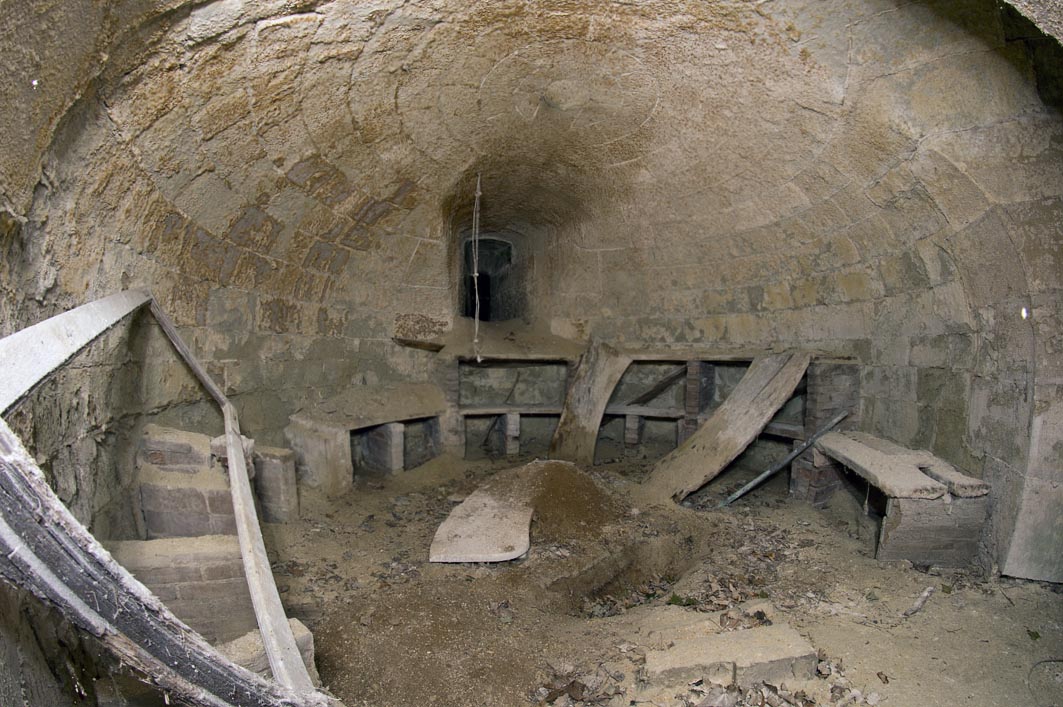 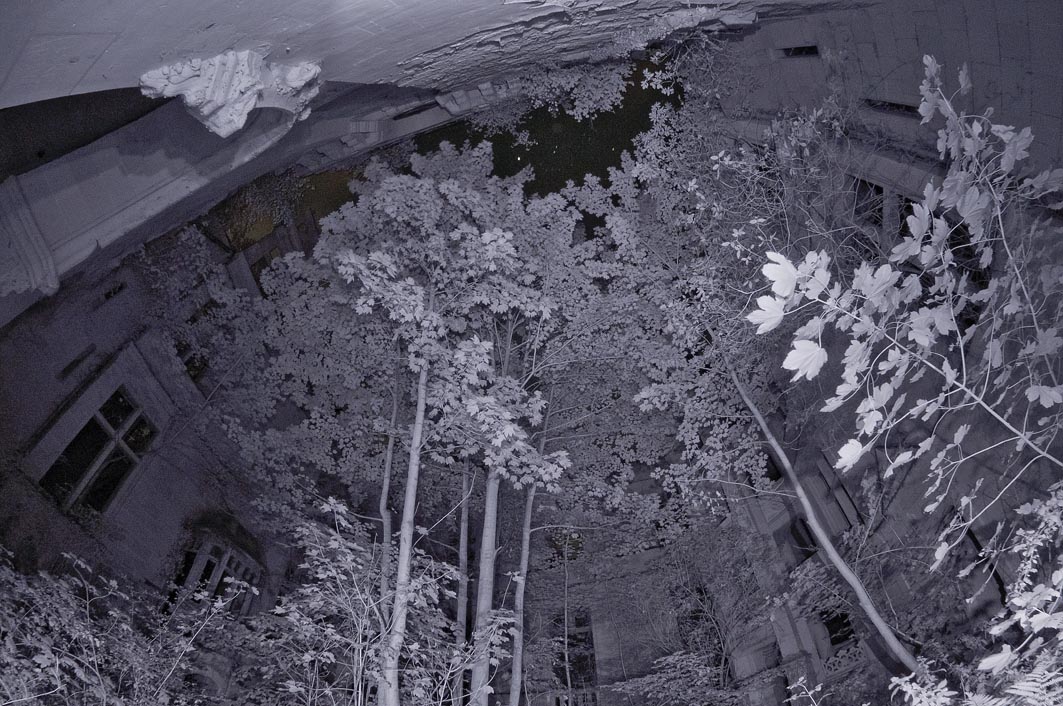 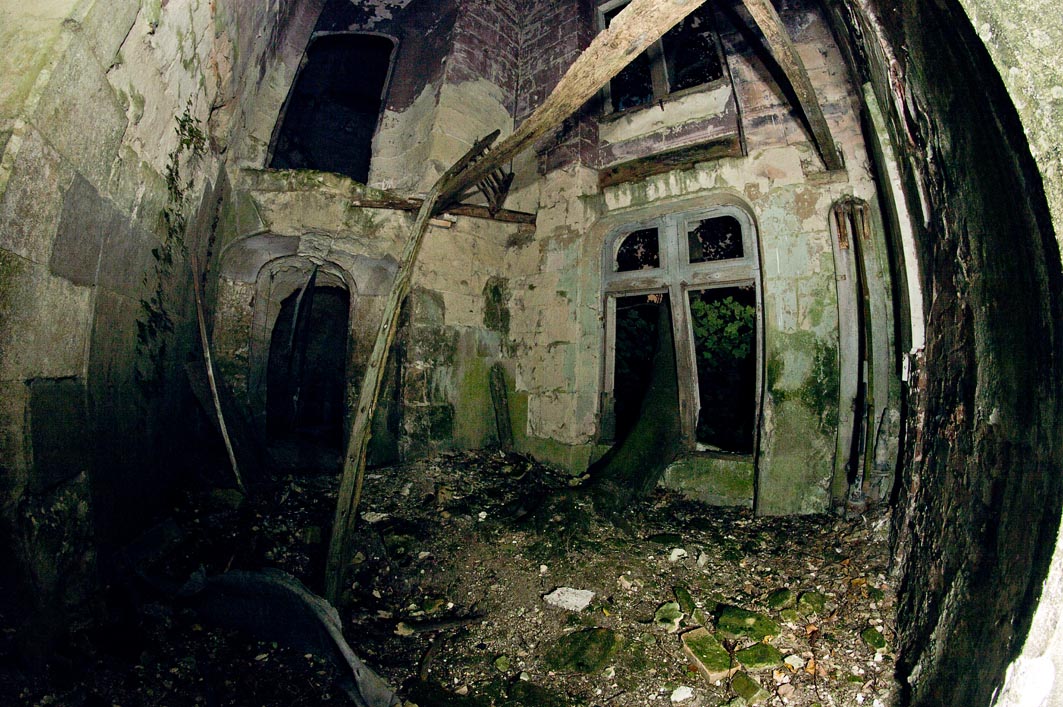 Wonder if this was the boiler that caused the fire? 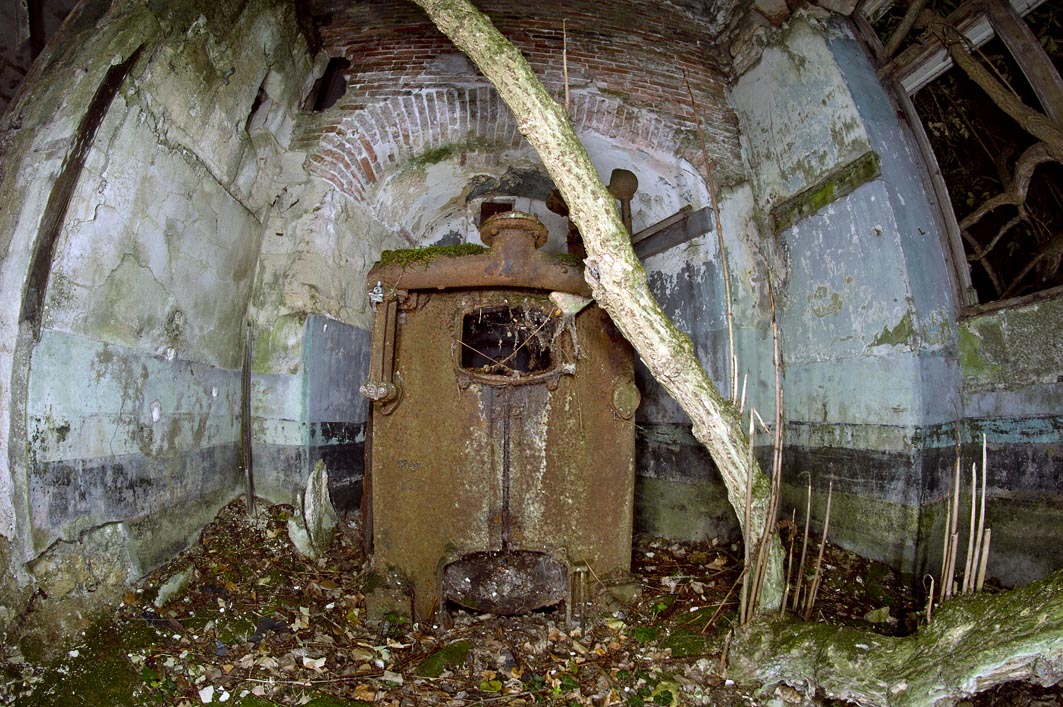 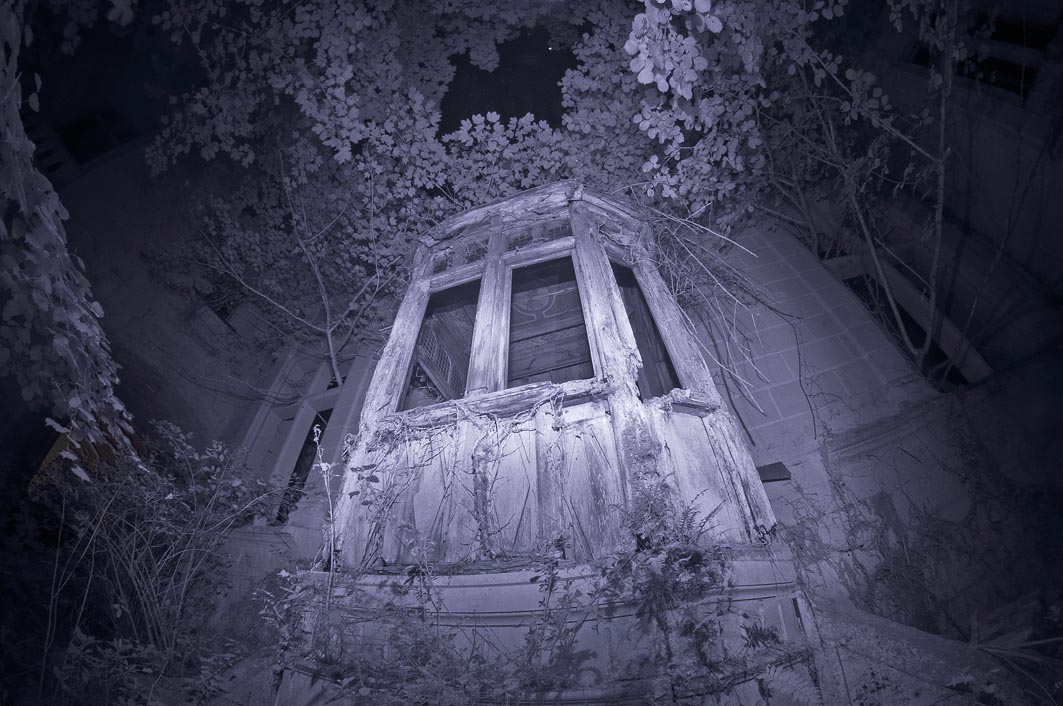 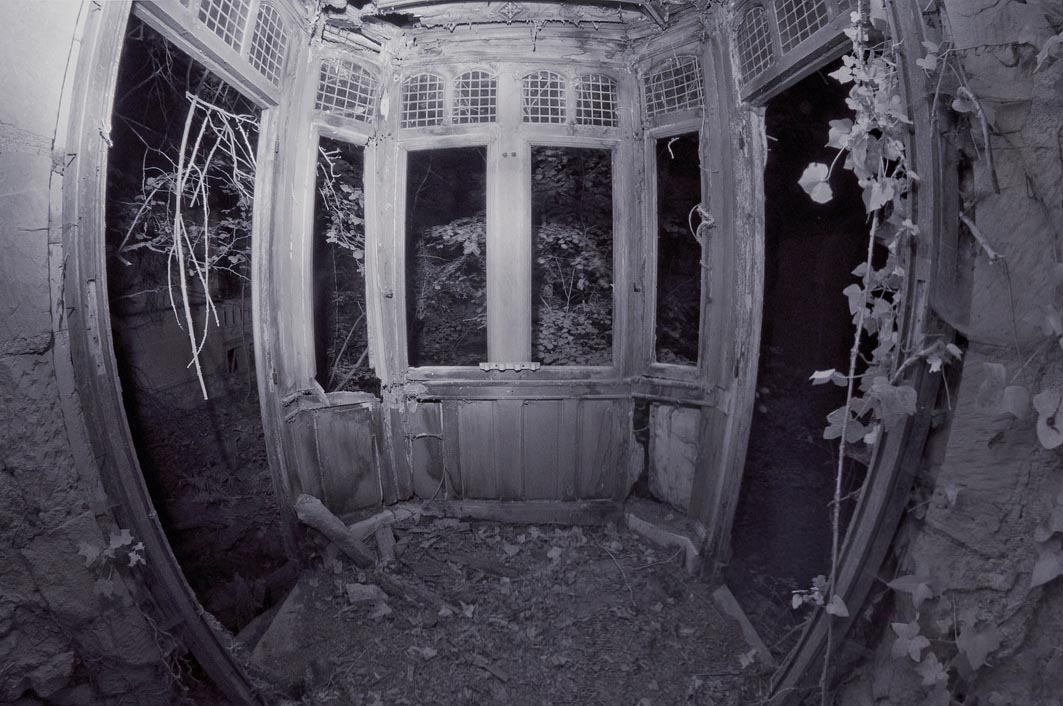 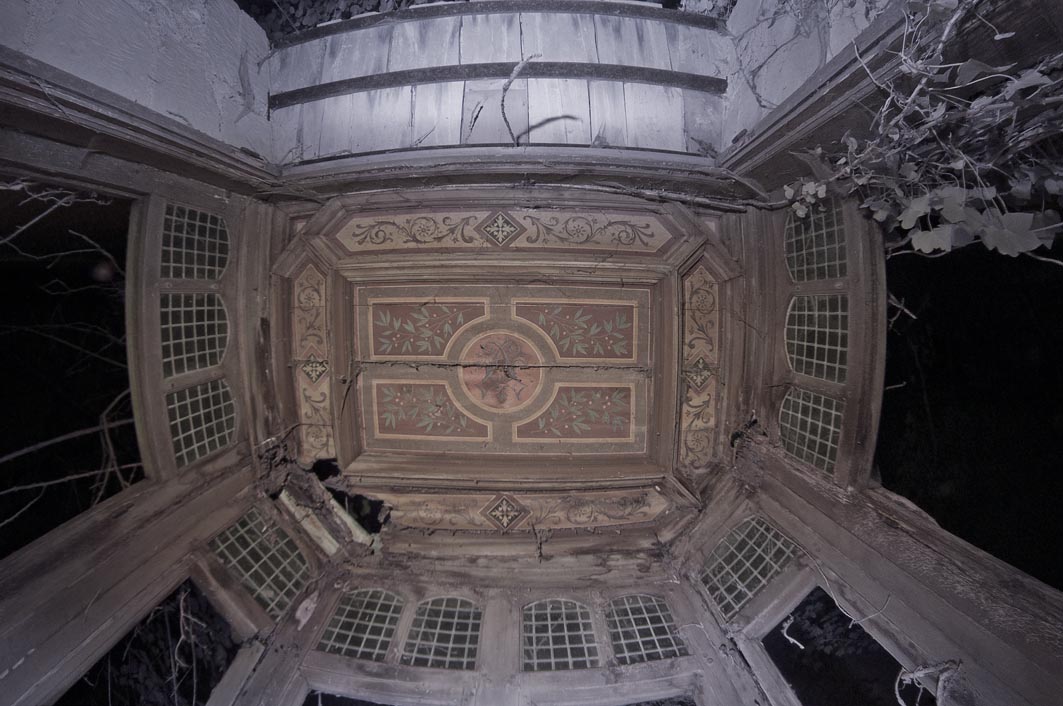 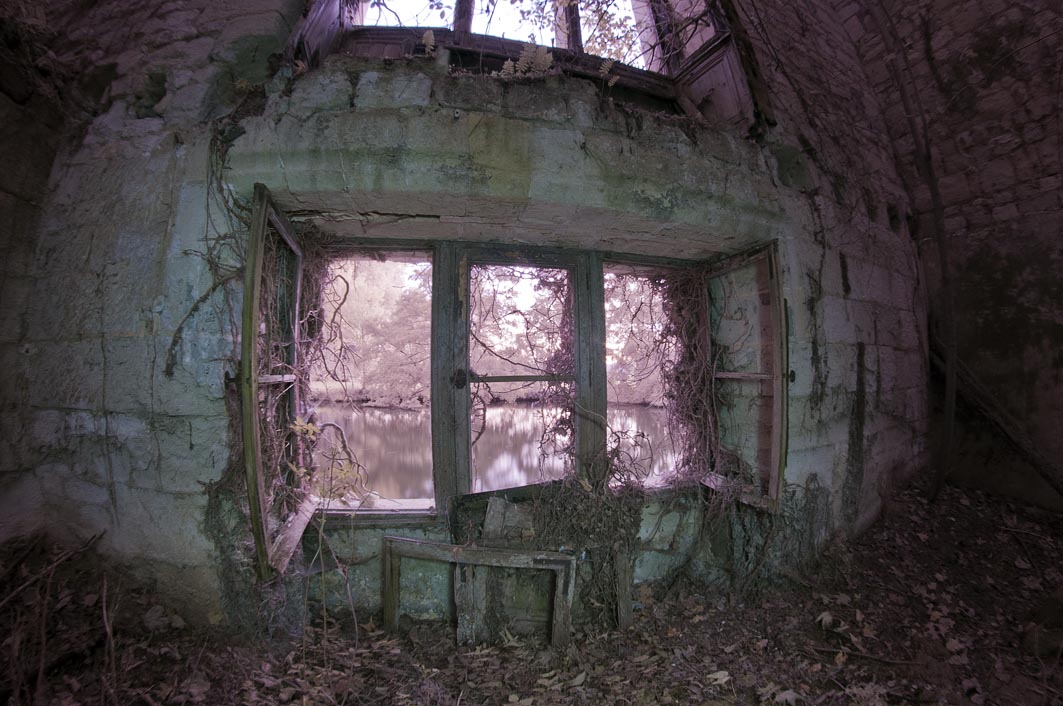 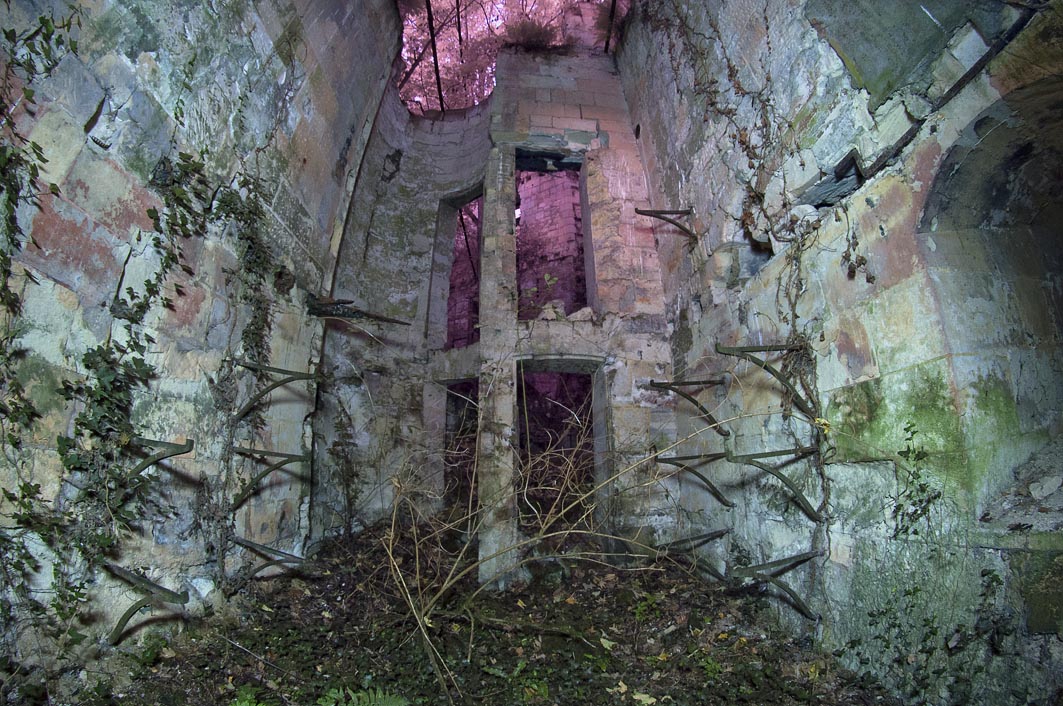 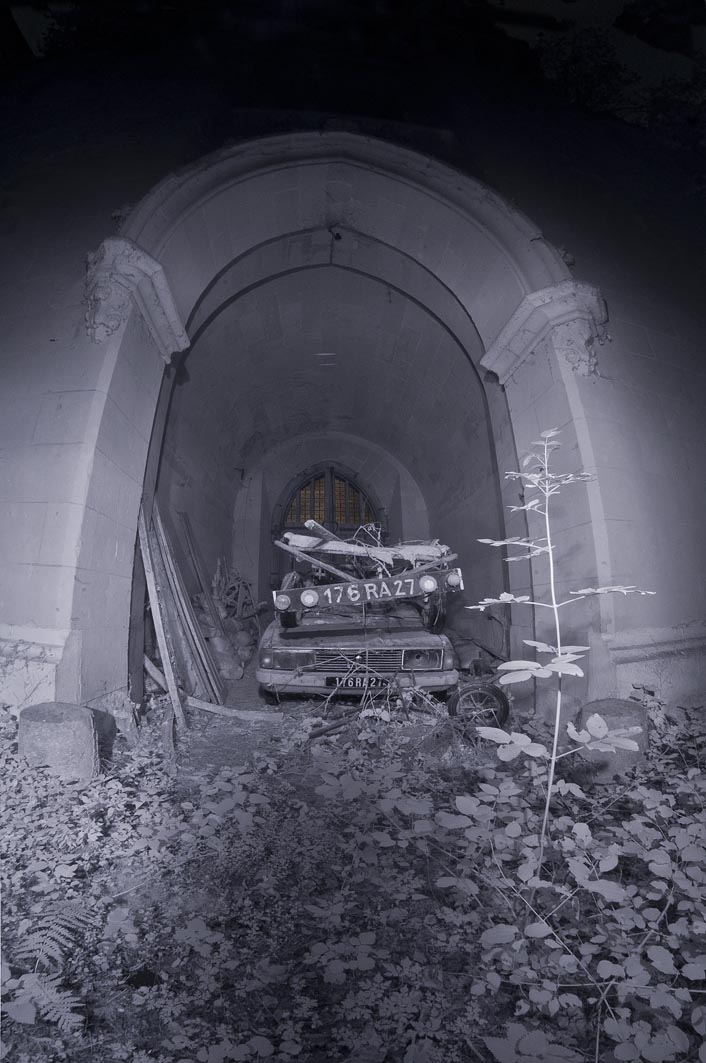 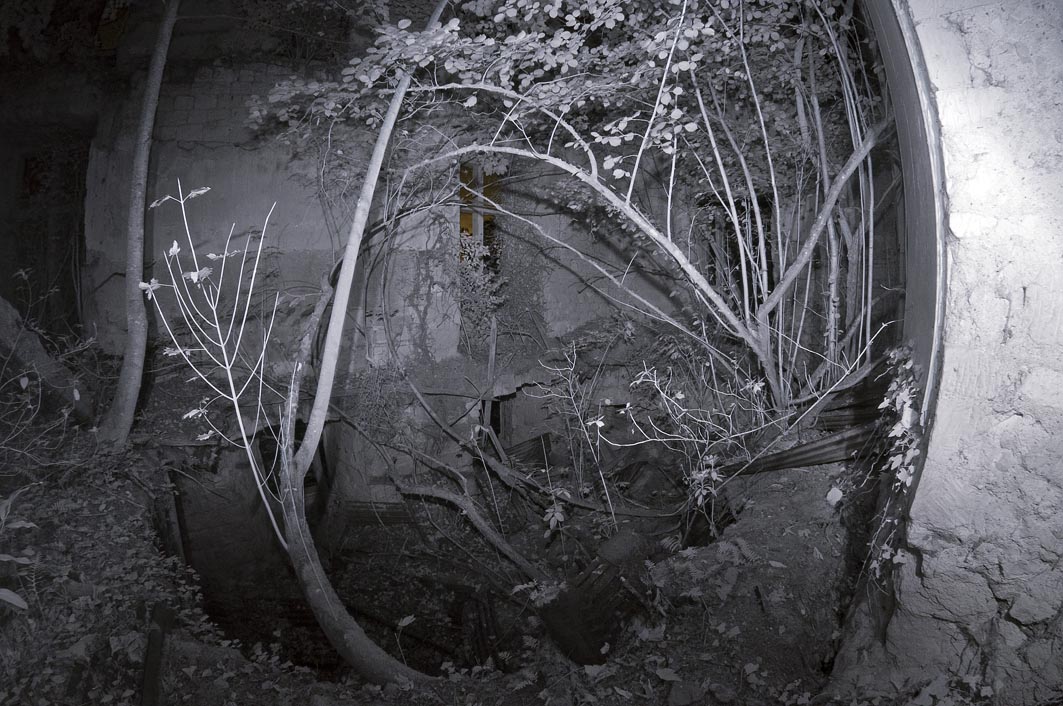 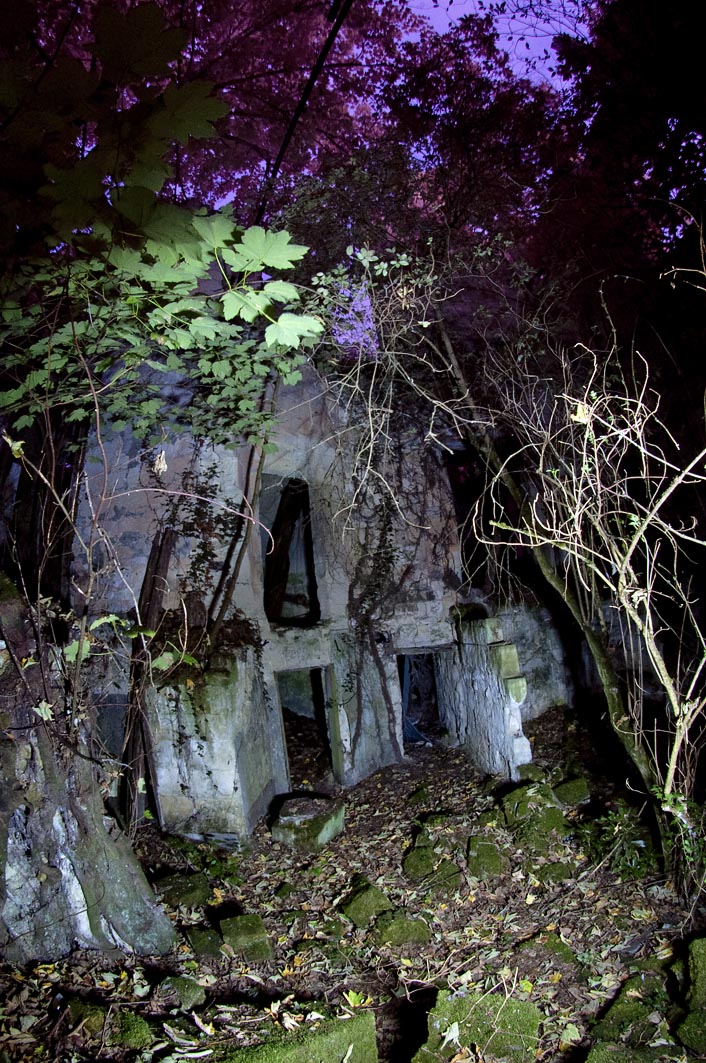 There are 2 stairwells - this one that is totally gone. 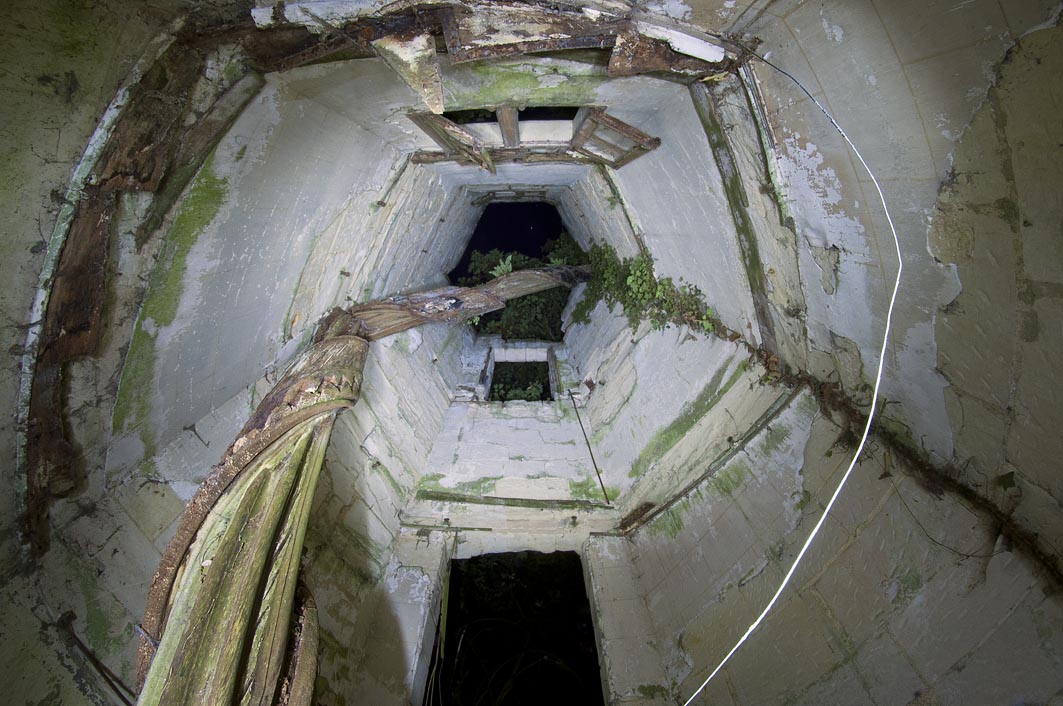 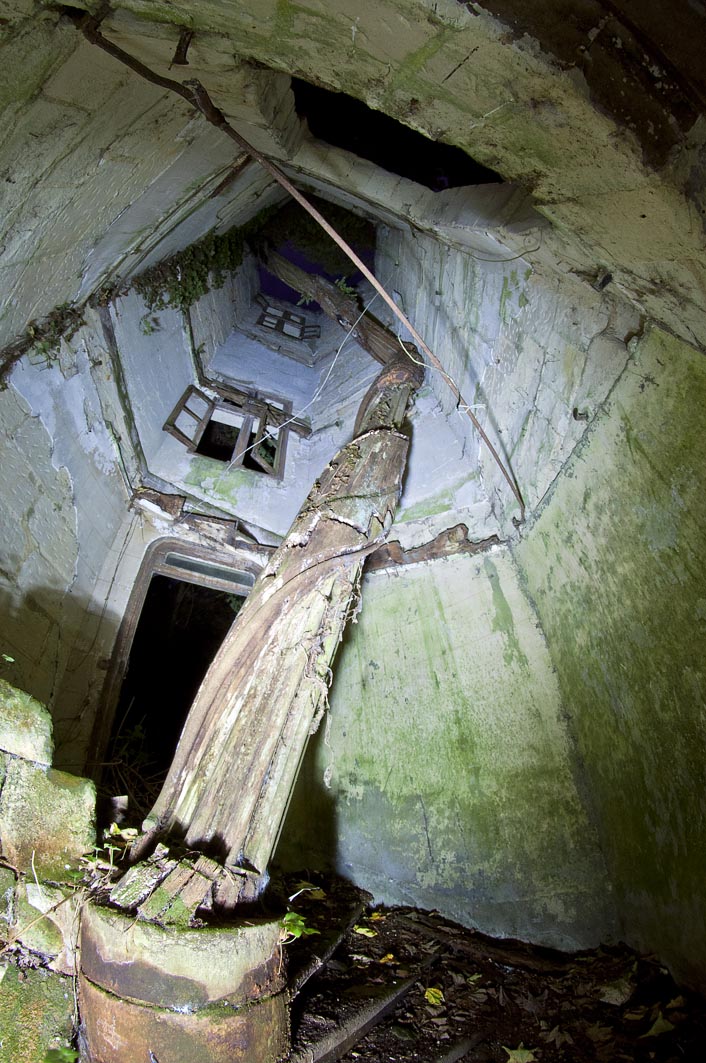 & this one that is in really good nick. 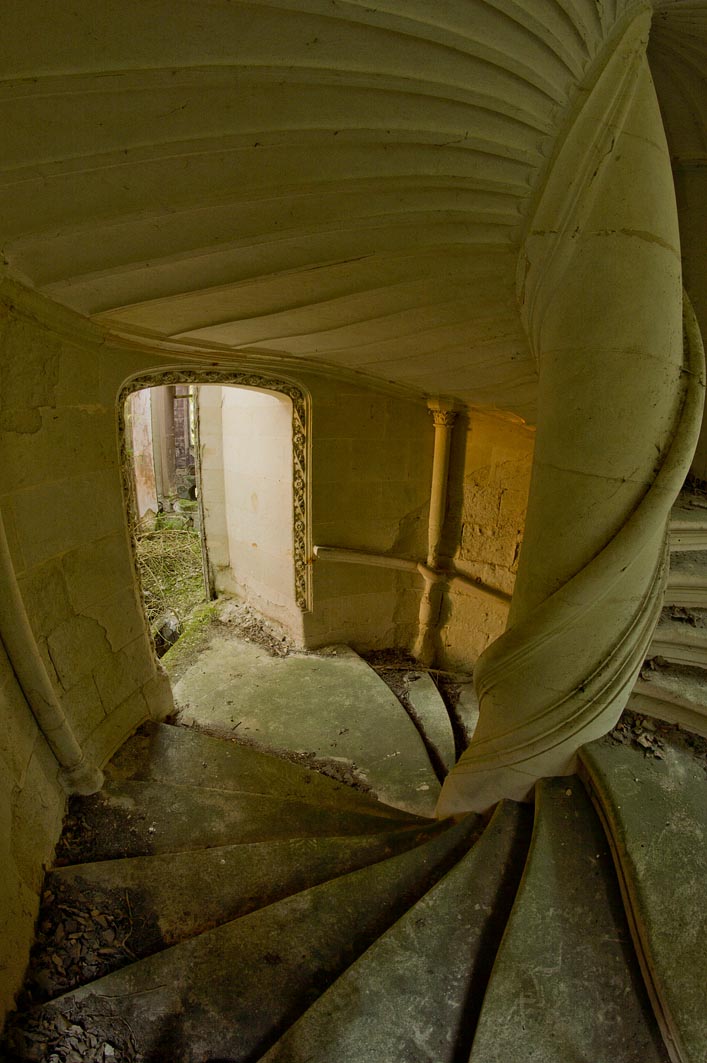 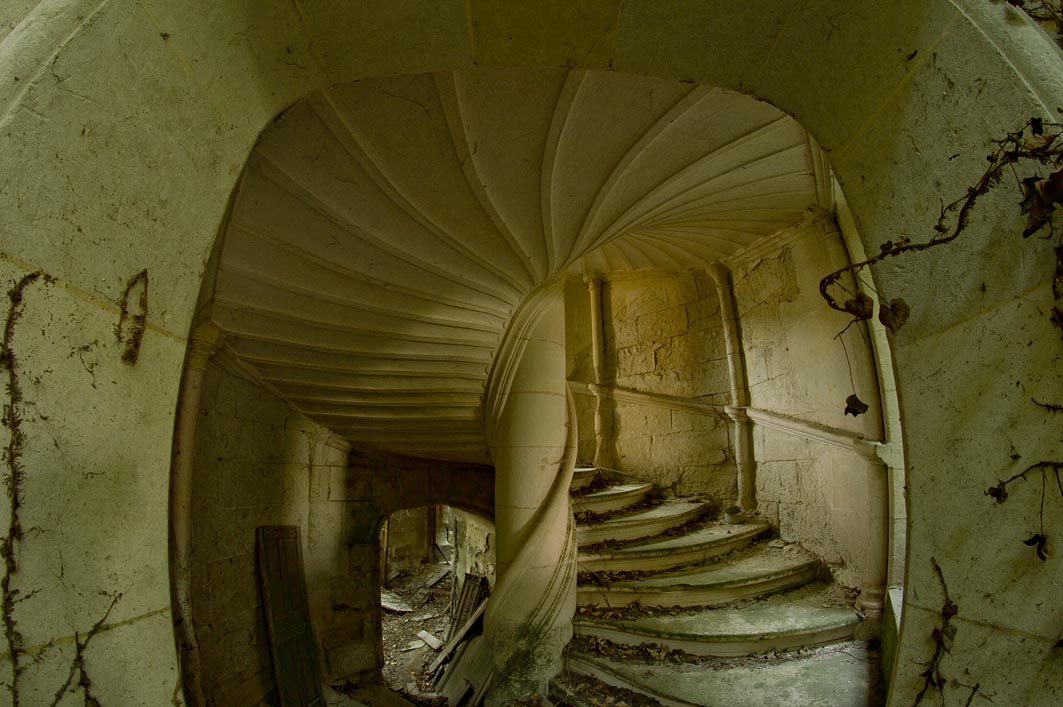 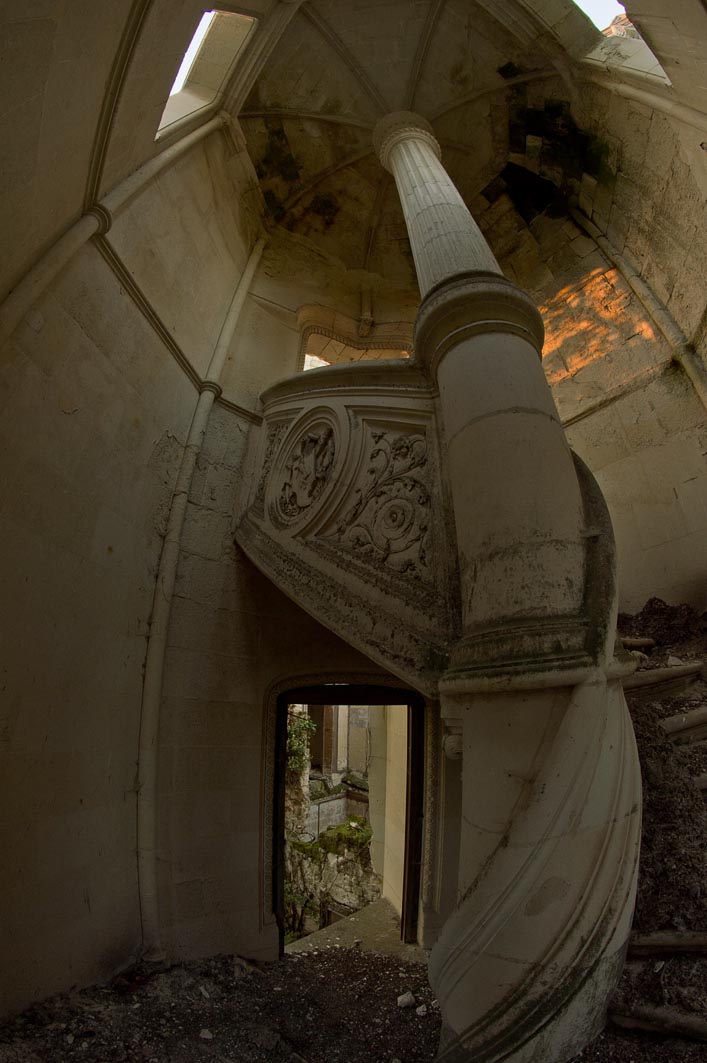 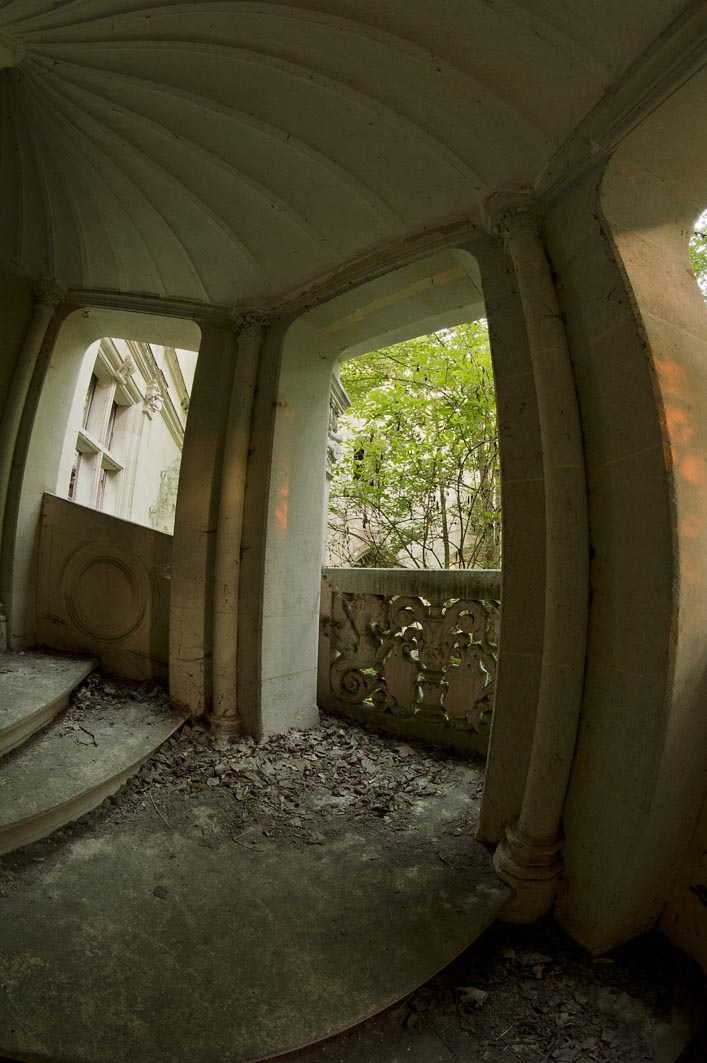 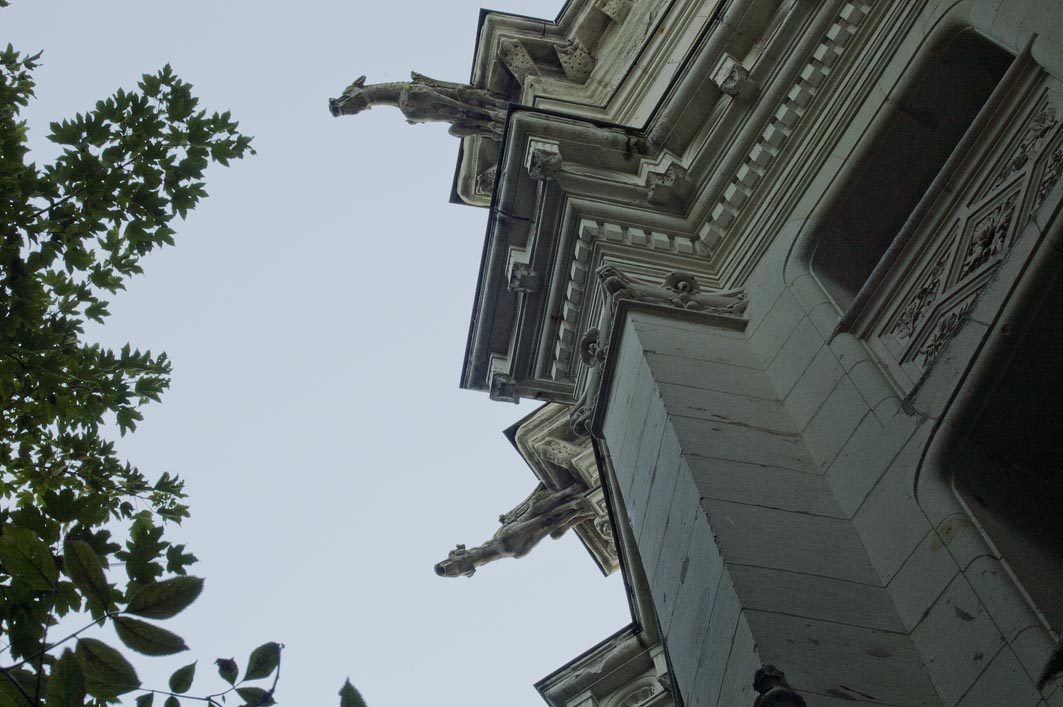 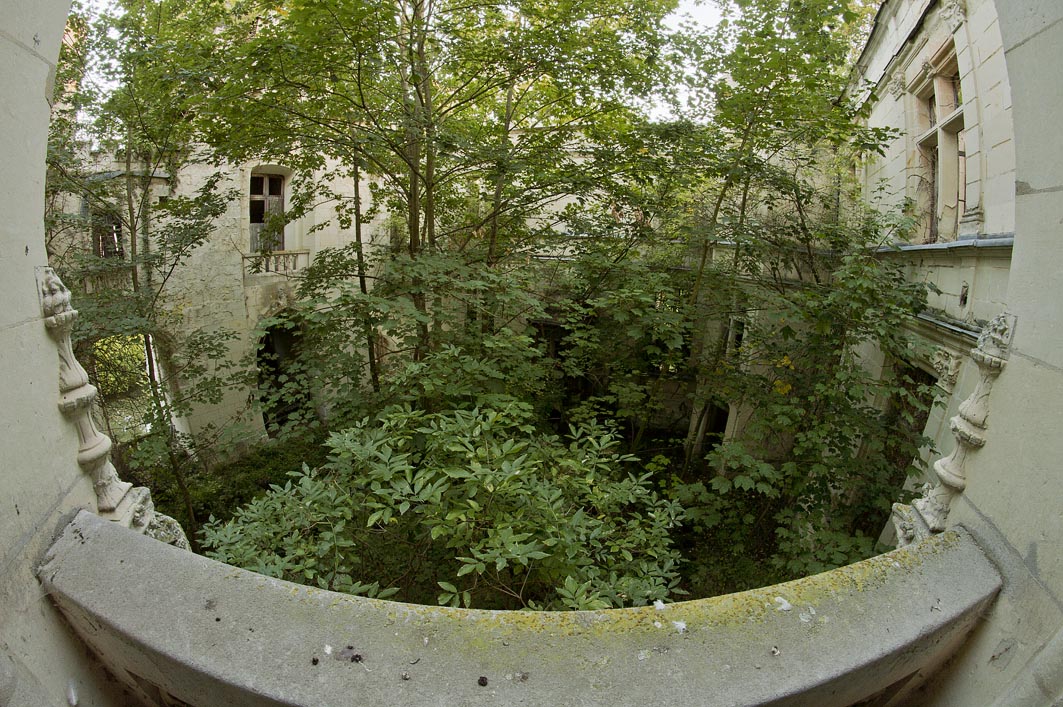 View from the highest point. 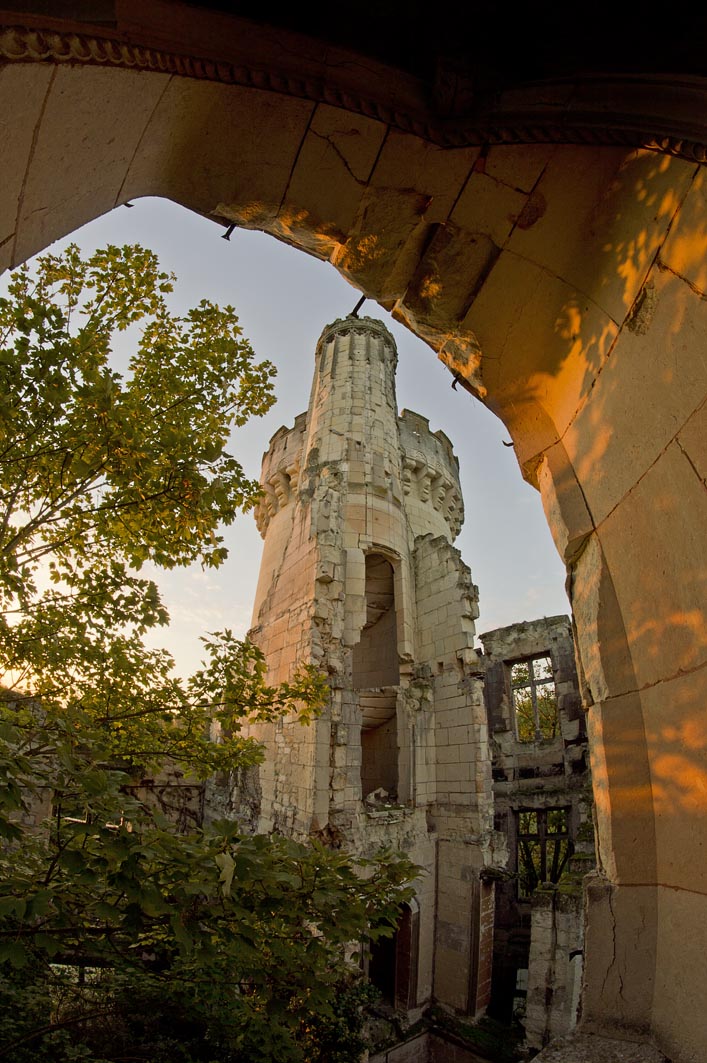 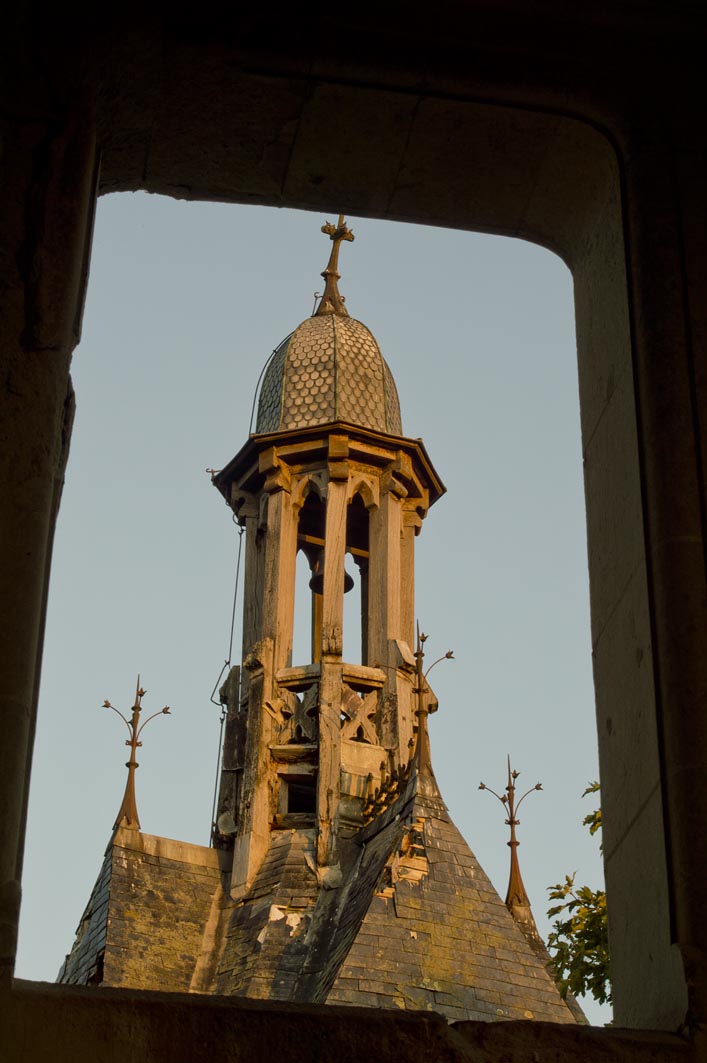 Even though I got here about 4am I left at around 9am 'cause it was getting noisier & noisier.
What with someone testing a chainsaw/ motor cross engine from about 5 & someone else shooting from 6,
I figured it was best to get out gracefully & say goodbye to the Donkeys before the Jackdaws & Peregrine Falcon gave me away!
Full set https://www.flickr.com/photos/infraredd/albums/72157652361460794
Thanks for looking.

Was definetly worth trying, thanks for sharing.

That's bloody awesome,cheers for that.

Fabulous images and what a beautiful building.Thanks for sharing.

Jobs a goodun Red, I liked it, Thanks
M

Nice ornate stairwell. It seems that the castle is in better condition the higher you go.

That is amazing!
Well worth the planning / wait! That staircase is lush (the good one), but that panoramic ceiling shot is just awesome.
Thank you for sharing fantastic photos of a fantastic place!

Location
At the moment I live in Farnworth Bolton Lancs

That second photo is stunning

Thought I'd add these 2 enlargements from the top of the staircase as an oddity - so often we see stuff that isn't there because we think we recognise a pattern! 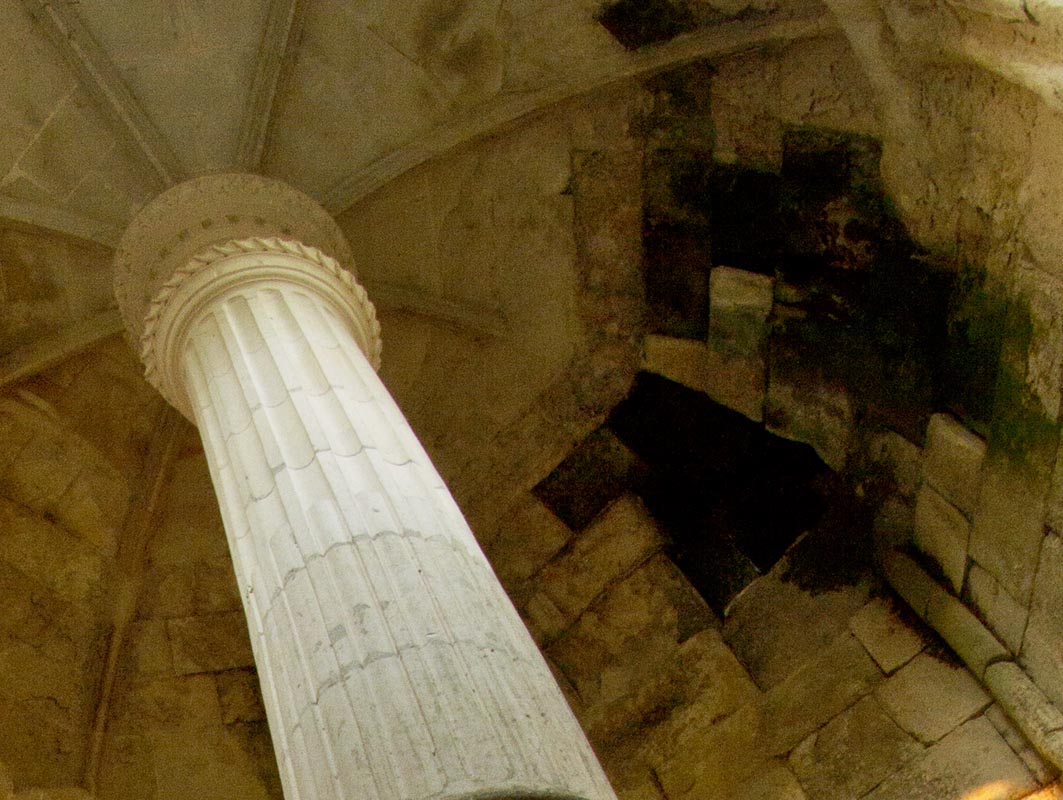 & from a slightly different angle not quite as obvious 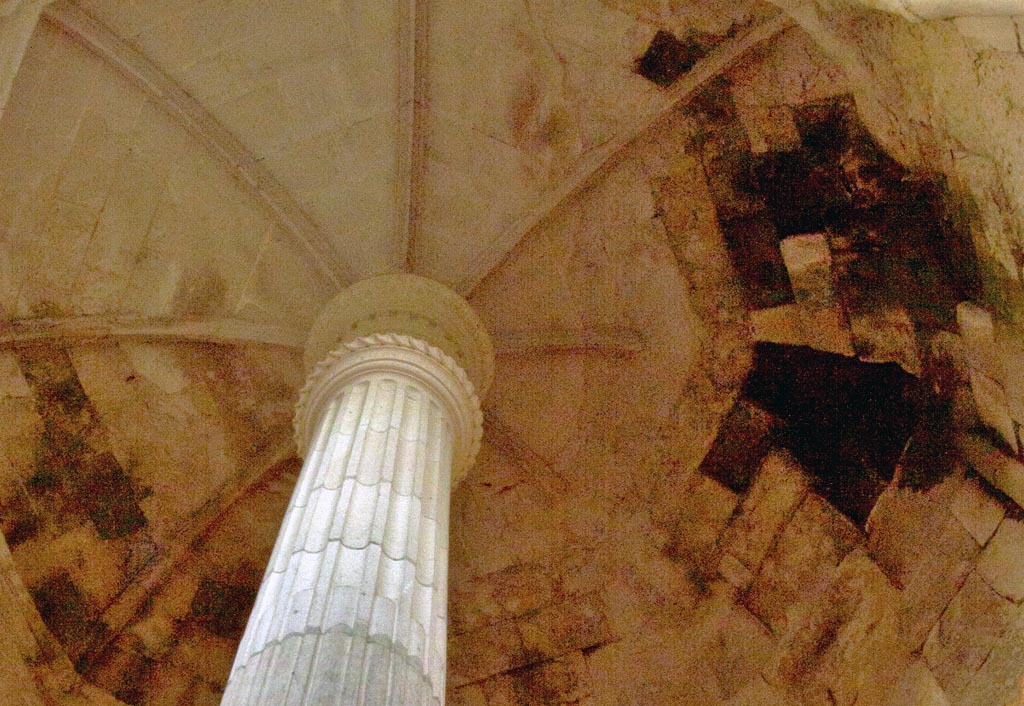 love this, such an amazing looking place. your shots really caught the beauty of it

Wow what a place! Thanks for sharing your experience and shots man
T

Wow, what an amazing looking place, fairytale slowly turning into a nightmare!

Just seen your photos on another page, then found this on here. This is amazing.
Well done, and some stunning shots.

LadyPandora said:
Just seen your photos on another page, then found this on here. This is amazing.
Well done, and some stunning shots.
Click to expand...

Yeah....a Facebook group ("Abandoned") have been posting your pix (inc no.2) uncredited...

Welcome to my nightmare. The infra red shots went via Abandoned Places - an Albanian thief, all over the internet. I removed one pic 3 times from his/her (2 profiles one male & one female, same content) site. Then I removed 2 more from Lieux Abandonnés A French "group" Then we heart it & Tumblr - removed all that lot or so I hope...Opened accounts & re posted legit ones. Then an article from Lifebuzz was nicked from another article from someone who legit downloaded images from Flickr. Went in really heavy with her & regret it enormously. So am now dealing with the Mail & some request from an Italian paper that has gone suspiciously quiet. My wife thinks I have morphed into Victor Meldrew & my blood pressure went so high I dislodged some retina cells in my right eye & have floaters for the rest of my days. Seriously beginning to think this place is cursed. The price of Fame not.