1. The History
Chesterfield tunnel was situated just south of the old Chesterfield Central Station. The Manchester Sheffield & Lincolnshire Railway (MS&LR) arrived in Chesterfield in June 1892 with the Central Station on the so-called 'Chesterfield loop'; an extension of north-south Great Central Railway line between Nottingham and Sheffield route that by-passed Staveley. On departing Chesterfield Central towards Nottingham the line passed immediately through a straight tunnel of 474 yards in length which then emerged from under Hollis Lane. Towards the tunnel's southern end there was a single full-width ventilation shaft. 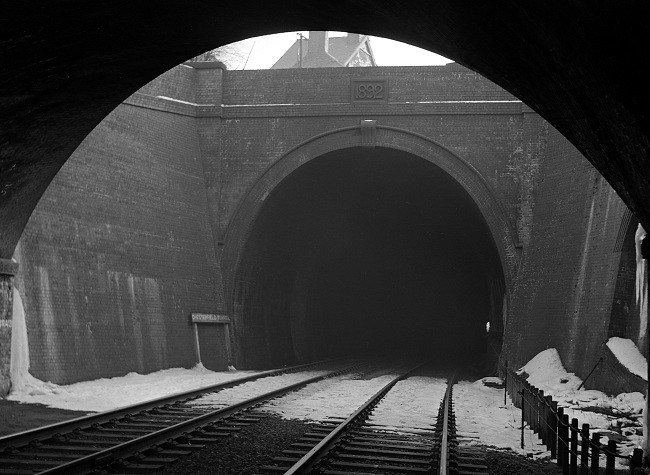 Although passenger services were suspended in June 1963, the tunnel continued to serve Hydes Siding until January 1964. However, the tunnel's northern portal and 25 yards of brickwork were cut back to accommodate Chesterfield's new Inner Relief Road in 1984. A nice side-story, however, saw the original date stone from northern portal (visible in the picture above) removed and finally given a new home in the abutment wall at Hollingwood Lock, in August 2011, having been earlier removed in back in 1984 and left in a secret location until then. More on that story HERE

Meanwhile, at the south end, the 85-yard section from the shaft to the portal was also lost, with an access ramp constructed for inspection and maintenance purposes. Today, the southern end remains open, with concrete retaining walls either side. The tunnel has suffered without effective drainage and is prone to flooding, which has reached several feet on occasions.

The southern portal circa 1984: 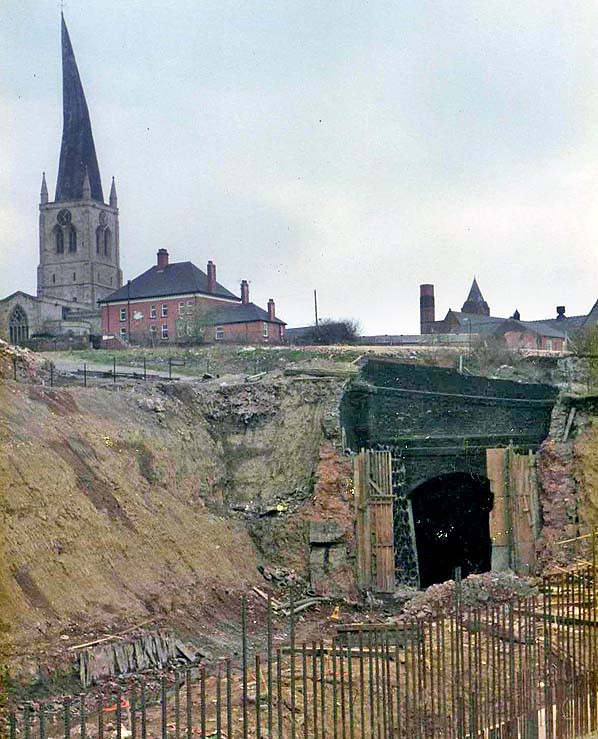 
2. The Explore
Had previously had this one on my radar then subsequently forgotten about it. That is until @tarkovsy and his very recent report. So on a dull November morn myself and two non-forum members thought we'd pay it a visit. It's no Haddon Tunnel but it's still worth a look and is interesting from the point of view of where it is located and that it appears to be the sole remaining relic of Chesterfield's former Central Station. And as Tarkovsky says in his report, it's hard to get in and out without getting spotted; we too had on-lookers on the way out. Anyway, on with the pictures.

Down the modern ramp we go: 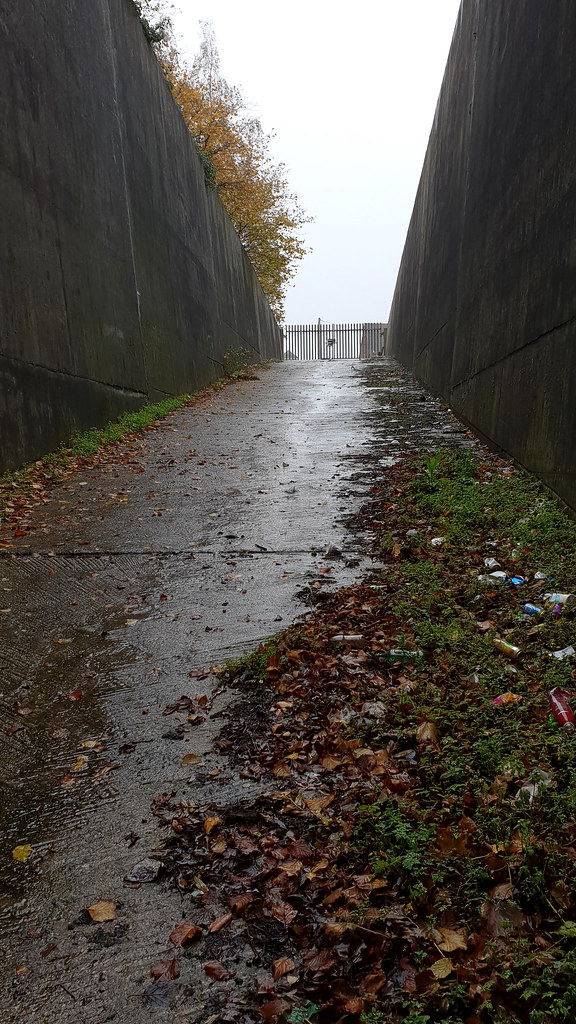 Chesterfield Tunnel 05
and in: 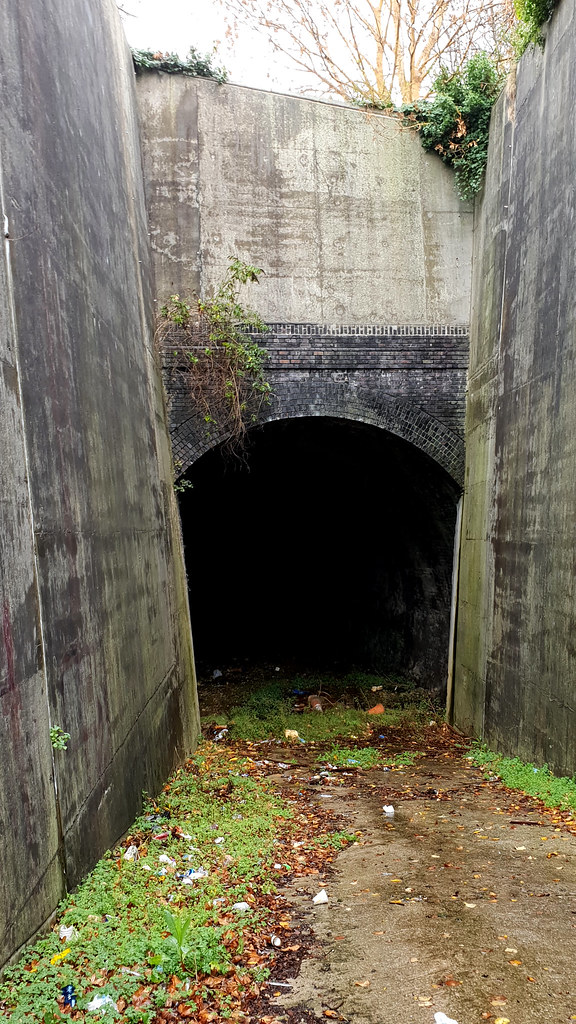 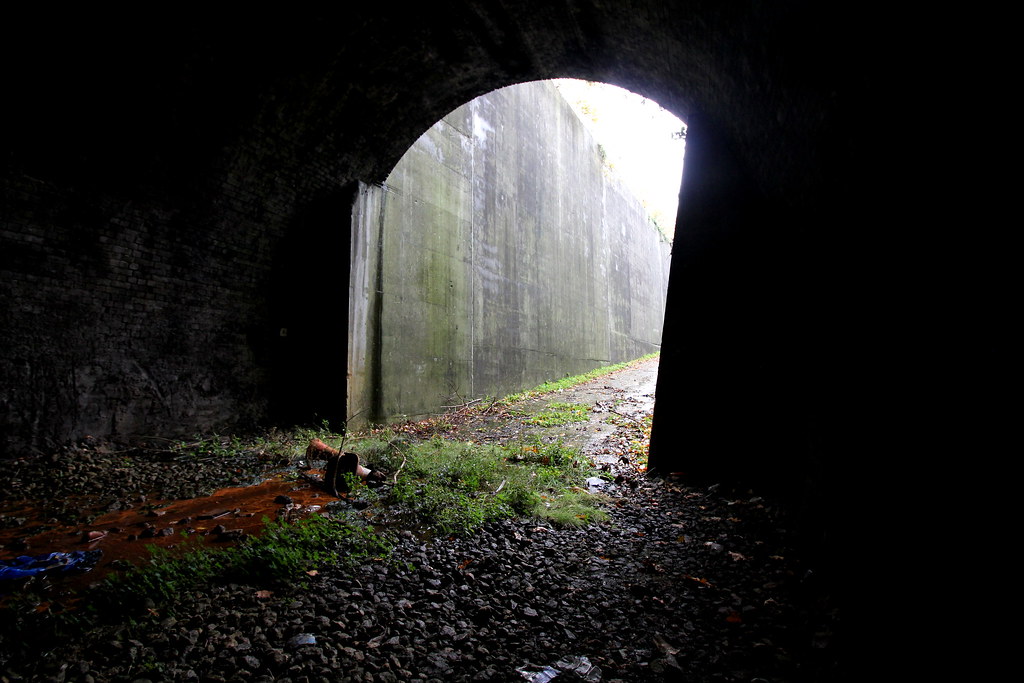 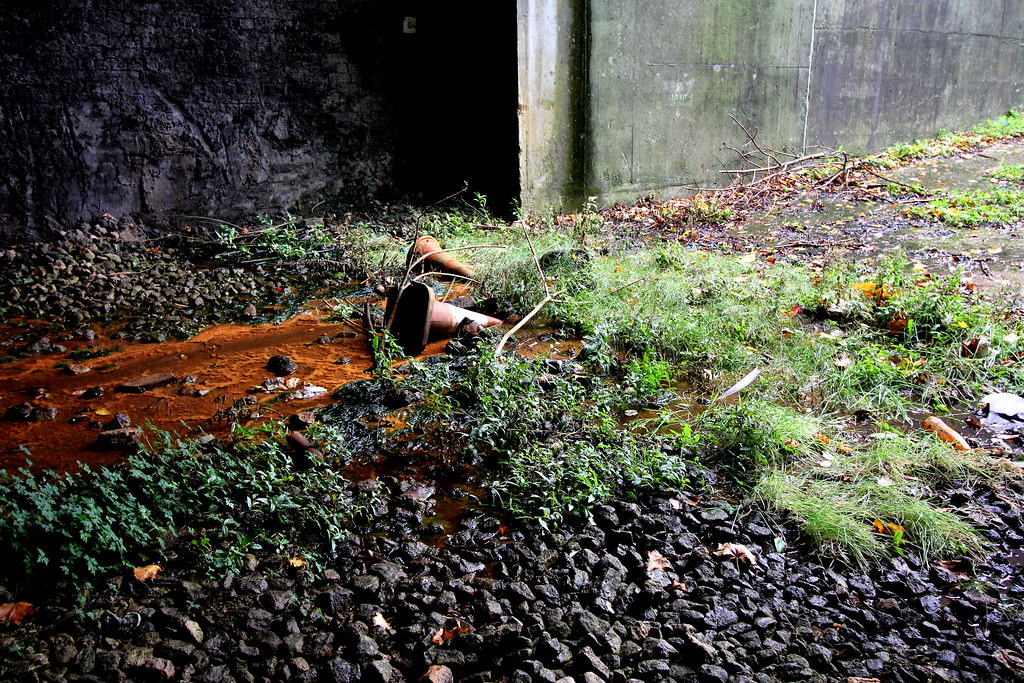 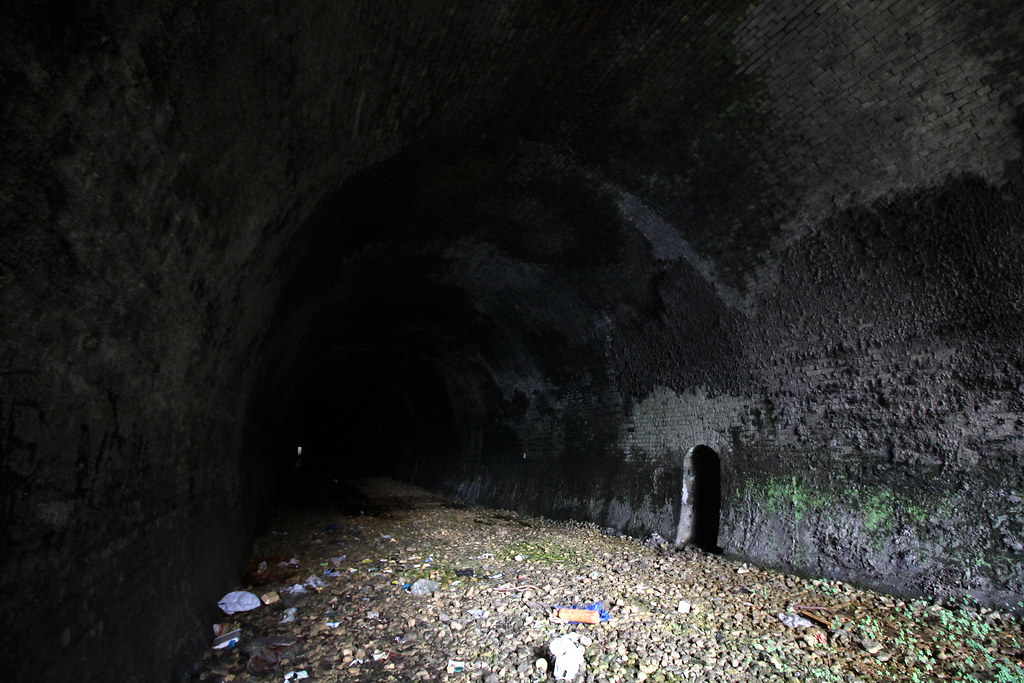 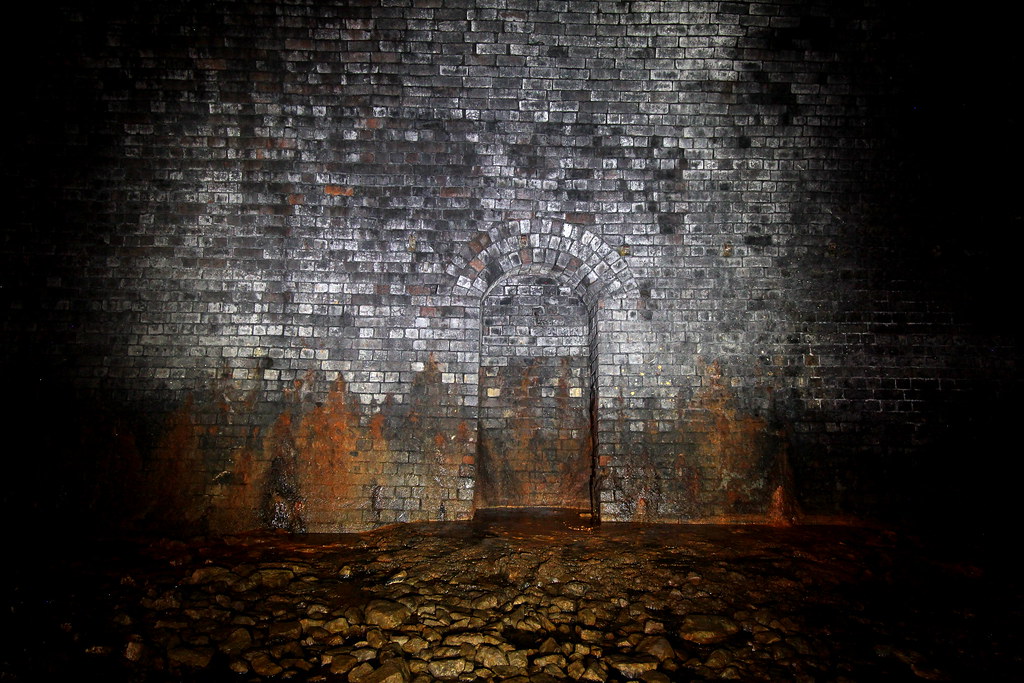 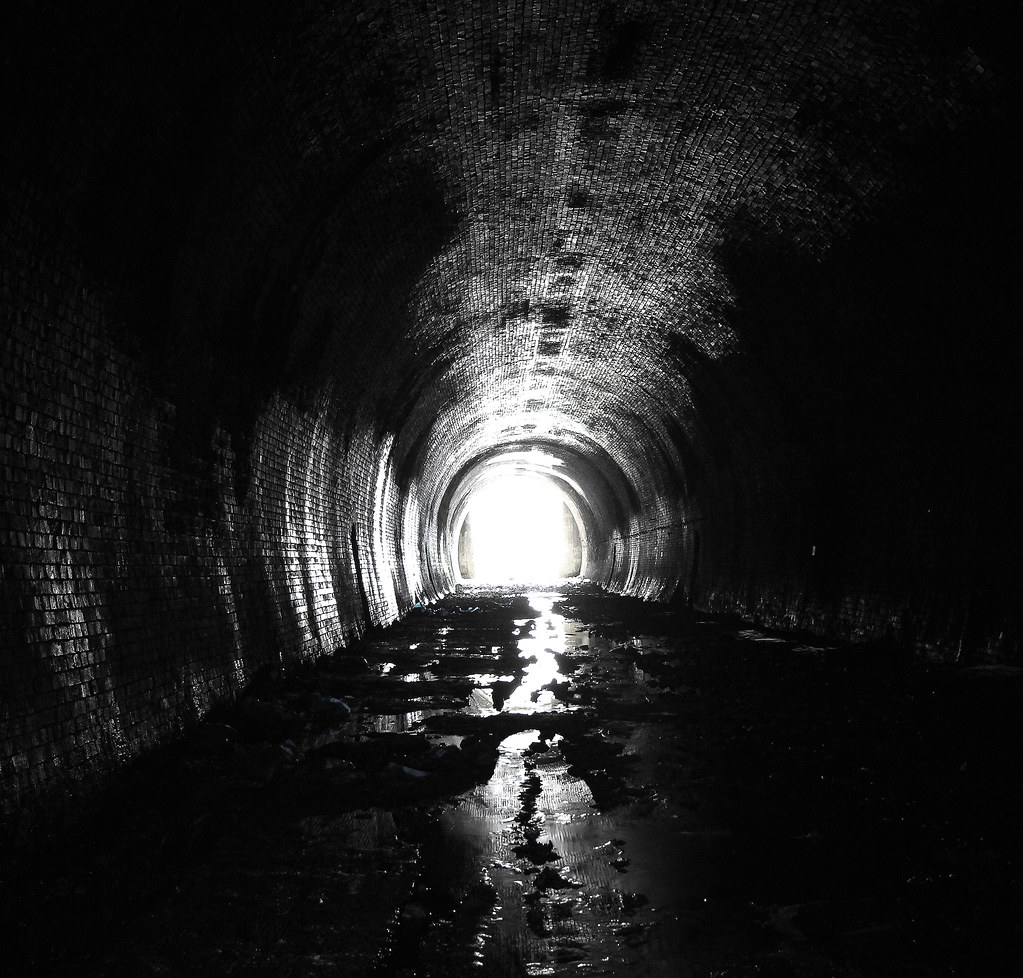 Here the central drainage channel can be clearly seen: 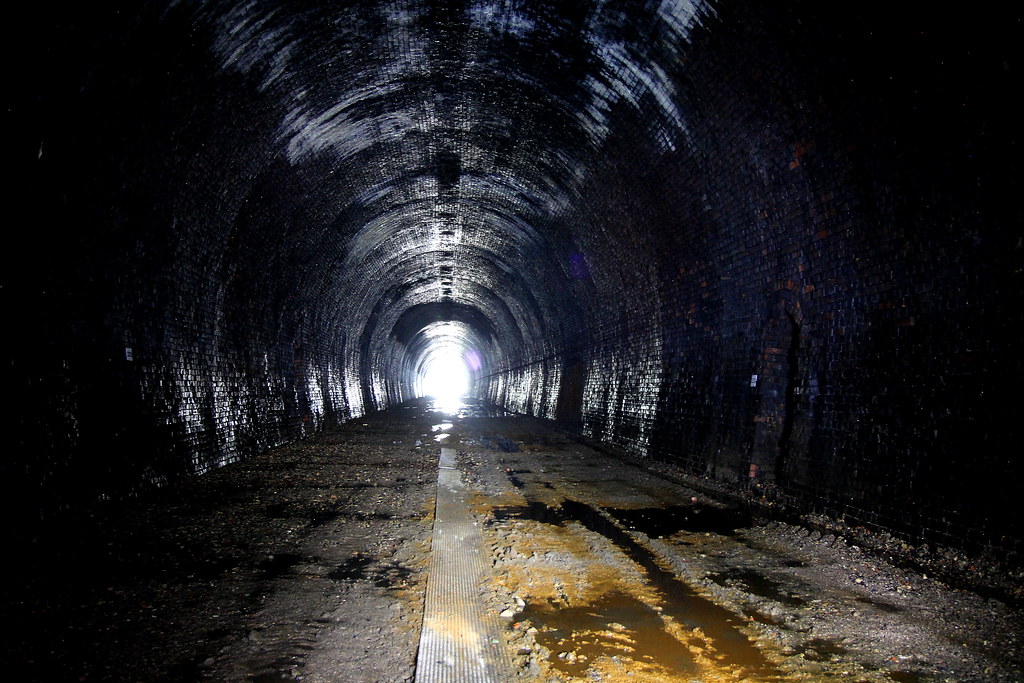 Oxides leaching through the tunnel wall: 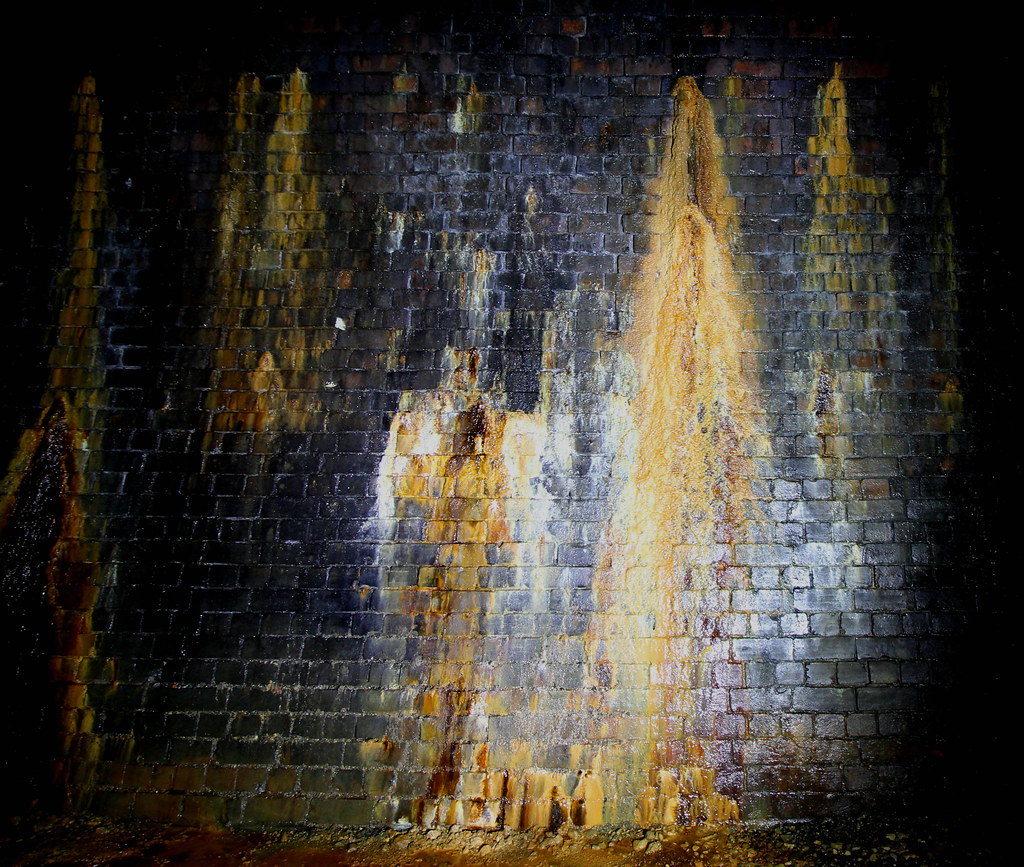 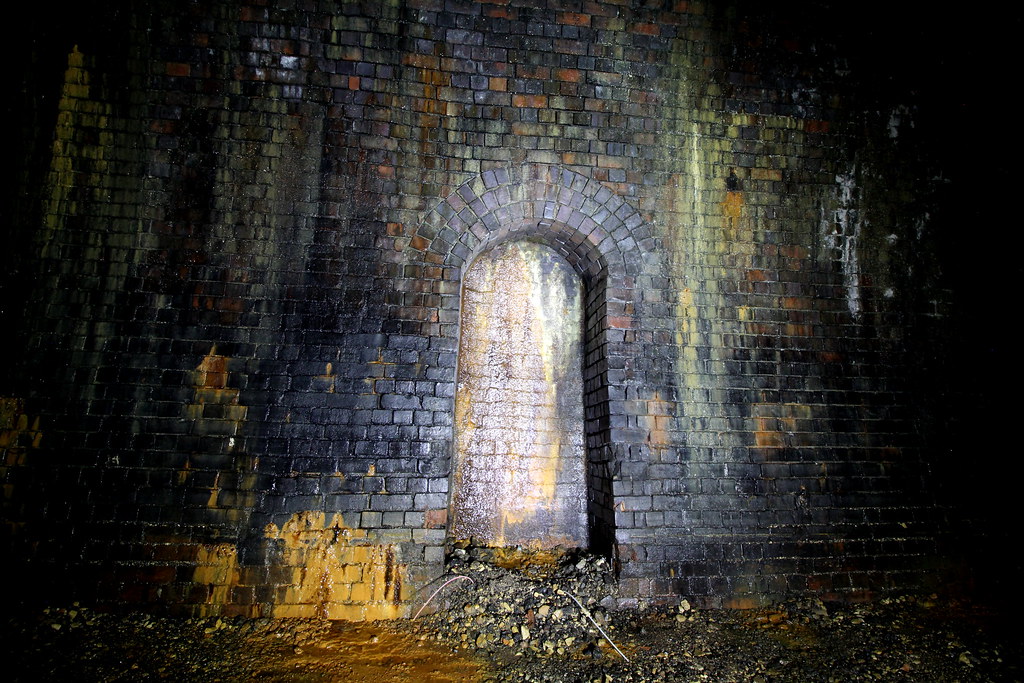 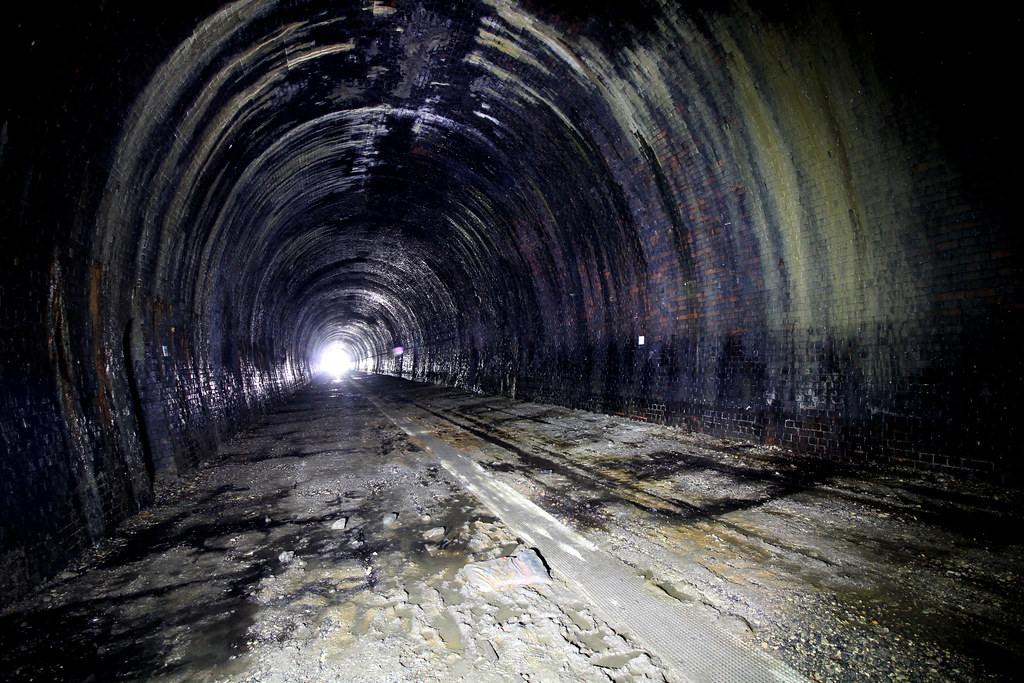 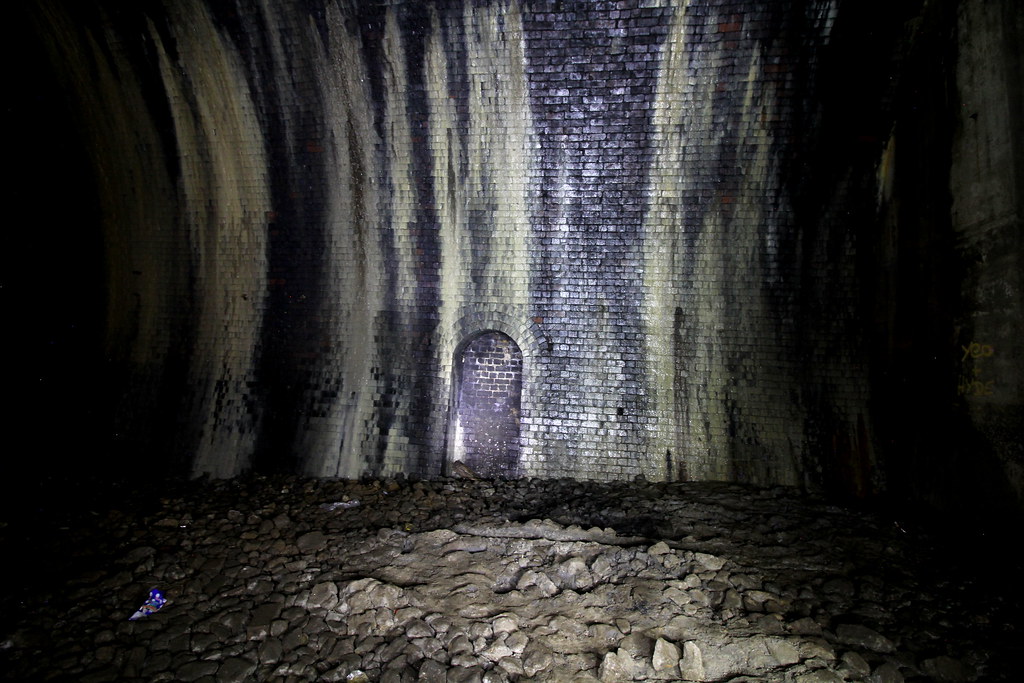 And to end of the old section: 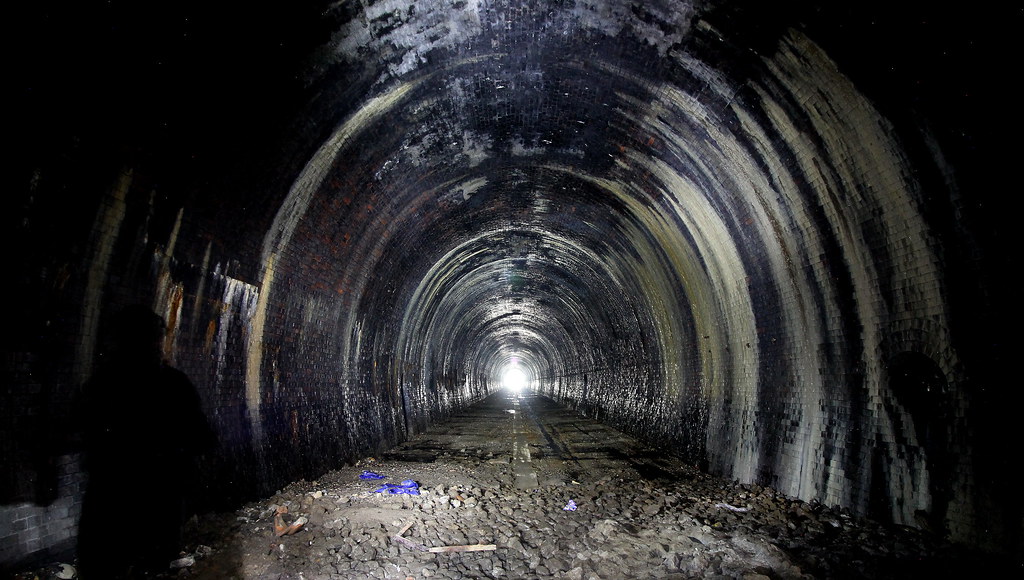 Before it is replaced by concrete: 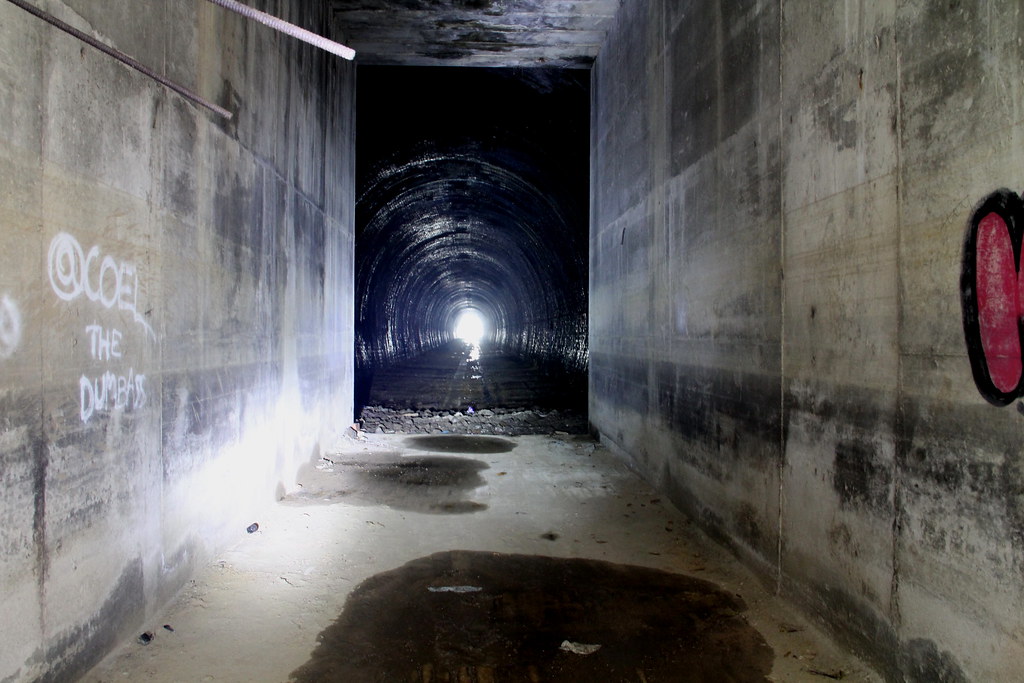 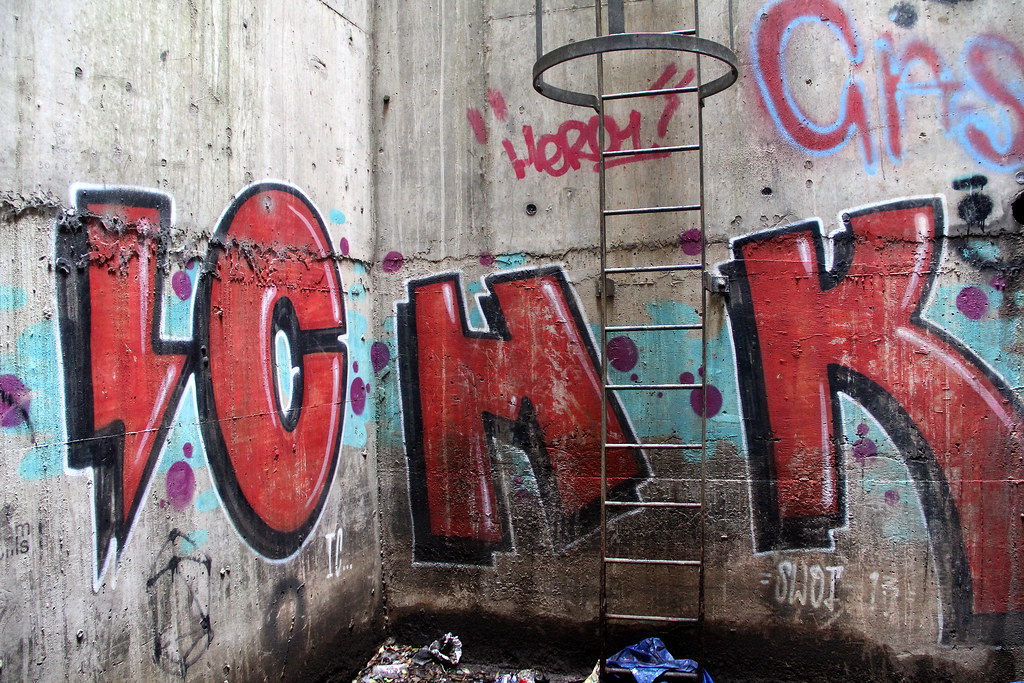 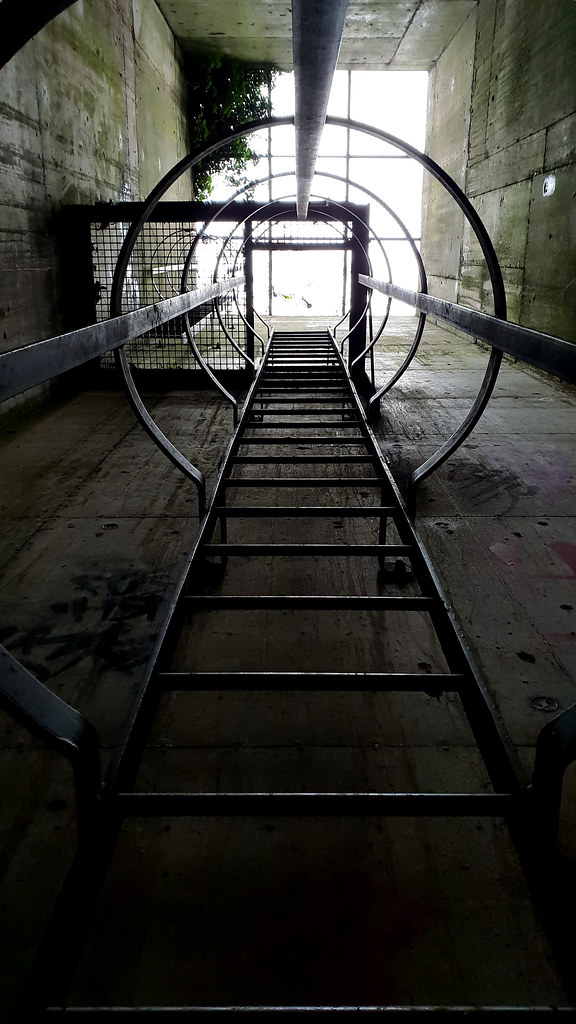 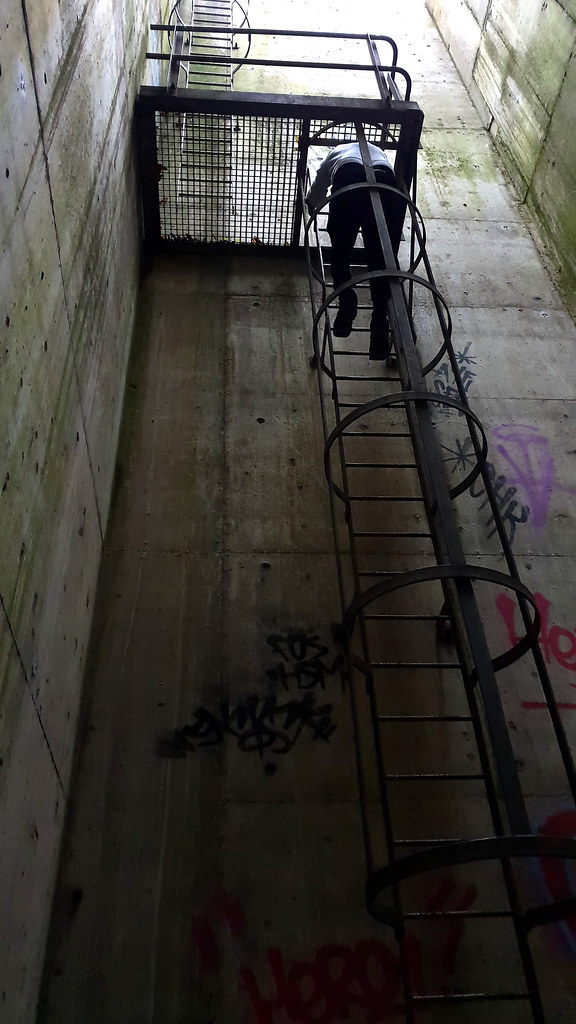 But no way out: 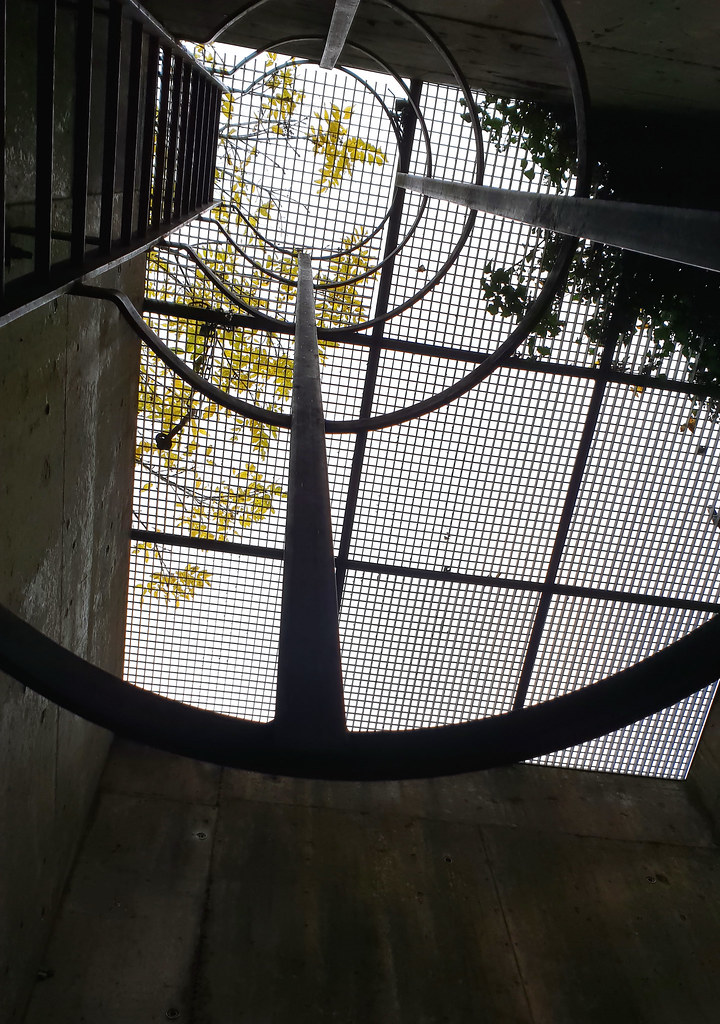 Excellent photos mate
Been on my list for a while too
I remember seeing a report from this 6 years ago, and the floor was covered in a horrible looking orange goo

Do like a good tunnel
Nice work sir
D

10 mins from my house that. Bang on. Thanks for sharing.

DarrenGreen said:
10 mins from my house that. Bang on. Thanks for sharing.
Click to expand...

No problem at all!
You must log in or register to reply here.