Nothing much to see here really,just a bit of a ruin but with a interesting feature..

Church of Saint Andrew, Rodney Street, Liverpool. It is a Presbyterian church built to serve the growing Scottish community. It became known as the "Scotch" church. The building was started on 17 June 1823 and it opened on 3 December 1824, but in 1975 it was closed. The Church of Scotland congregation still exists; it now worships on Sundays in the Western Rooms within Liverpool Cathedral.

The body of the church is of a simple two storey design with round arched windows and stuccoed walls designed by Daniel Stewart. The façade of blackened ashlar, designed by John Foster Jr., is an imposing composition of Ionic entrance columns, flanked by corner towers, topped with Corinthian columns and domes. The north tower has been demolished and the building is currently listed as being in "very bad condition" on English Heritage's at risk register

Tom Slemen, in his Haunted Liverpool books, told a tale of how James MacKenzie had lost his soul to the devil in a game of cards and to cheat the devil from his promise, that when MacKenzie was in the ground the devil would claim his immortal soul, MacKenzie was interred sitting on a chair above ground holding a winning hand. 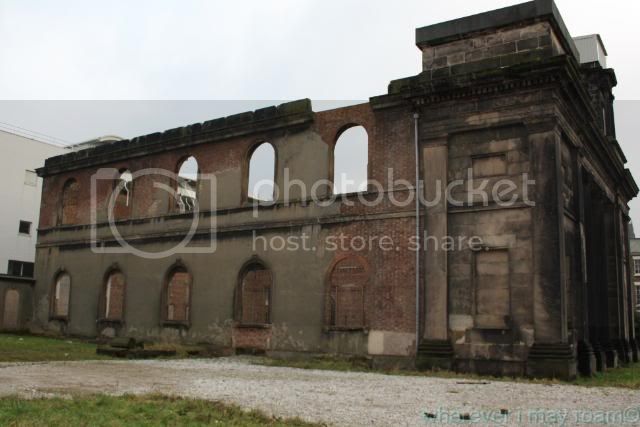 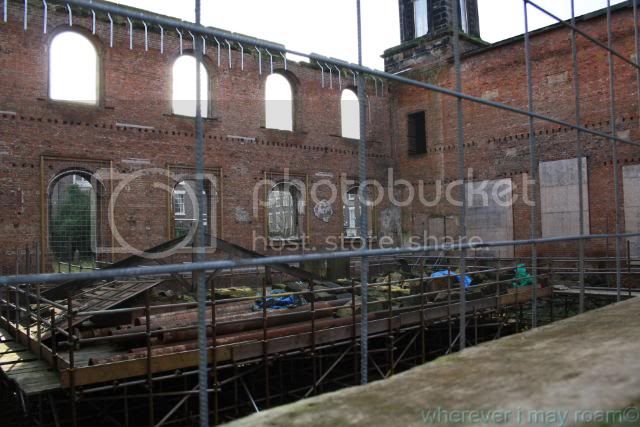 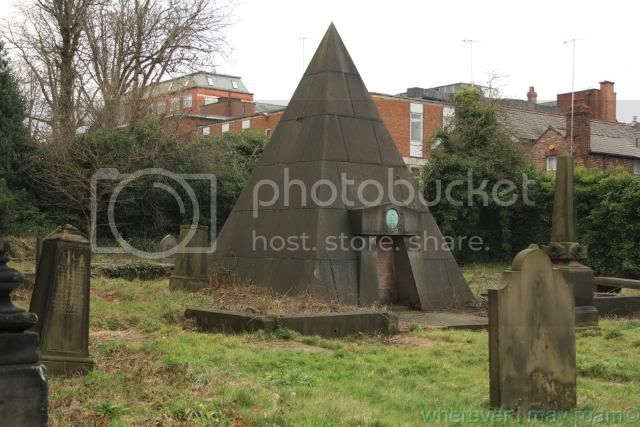 I love this place. A friend used to live in a flat directly opposite MacKenzie's tomb... an odd sight to see when waking up in the front room whilst still dark, and looking out of the window to see that. Spooky stuff.
S

This place looks great ,eerie shame its in such a state
That last pic look like it should be in egypt