I was really interested in such a unique design for a church, so I thought I'd check it out as it wasn't too far.

There seemed to be car with a guy in it in the front, and he was there for ages, so I didn't get any exterior pics. Here are some old ones, you can clearly see the dome from miles away. All that has really changed from these is the front entrance has been boarded up, and some windows on the dome have been boarded, although I don't know how you'd expect to get up there, or get down once you were up. 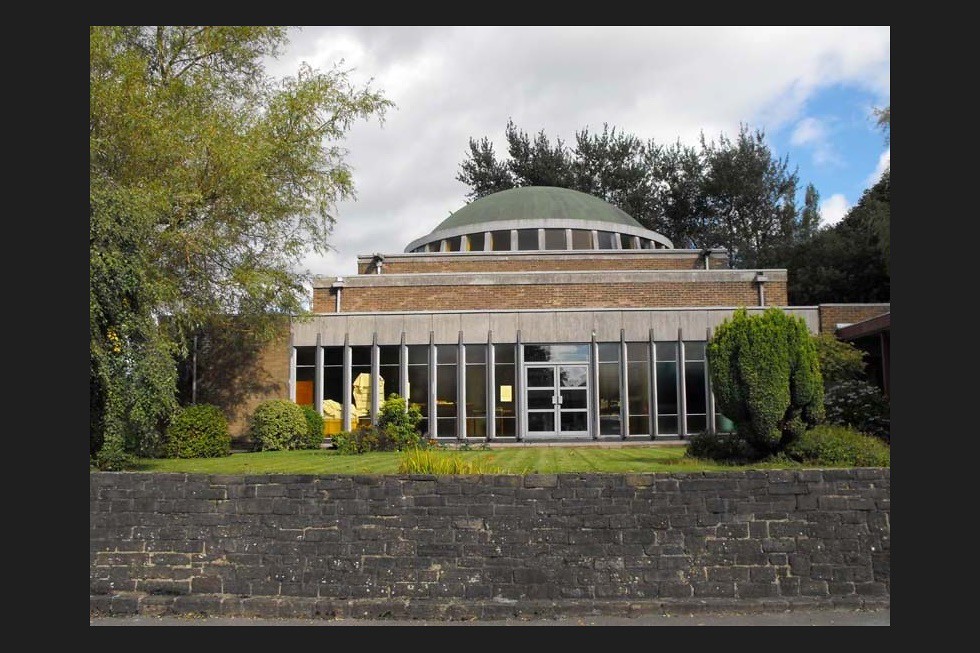 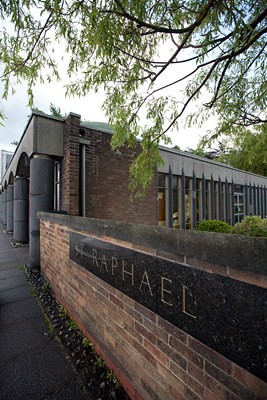 A parish was formed in 1958 from the neighbouring parish of Stalybridge and the church was built to serve the Millbrook community, which was still dominated by industry at that time. The church was designed by Edward Massey and Alan Burton of Massey & Massey. The foundation stone was laid on 14 October 1961 by Bishop Murphy, and the building was solemnly opened by Bishop Grasar on 25 April 1963.
In 2011 an estimated repair bill of £250,000 led to a decision to close the church. A final Mass was held on 14 July 2011, and the future of the church is now uncertain - it was listed in December 2011.

Some interior shots when the place was open show how little change has occurred since it's abandonment. The only noticeable changes are the cross above the altar has been removed, and there is some decay towards the back of the pews. Plants have also been removed. 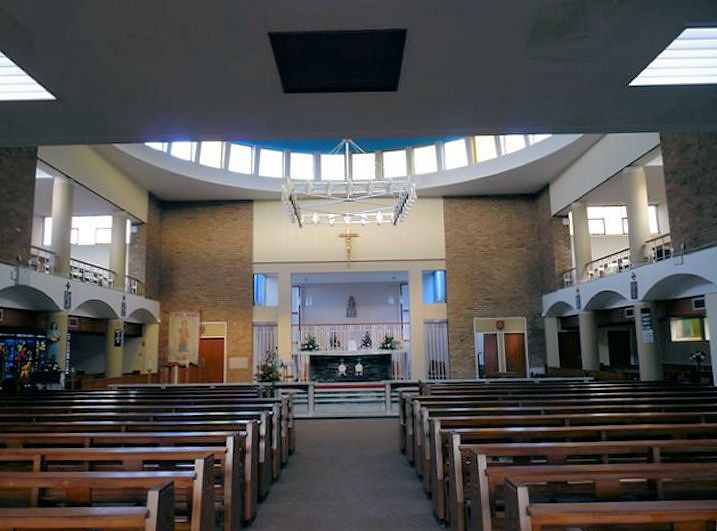 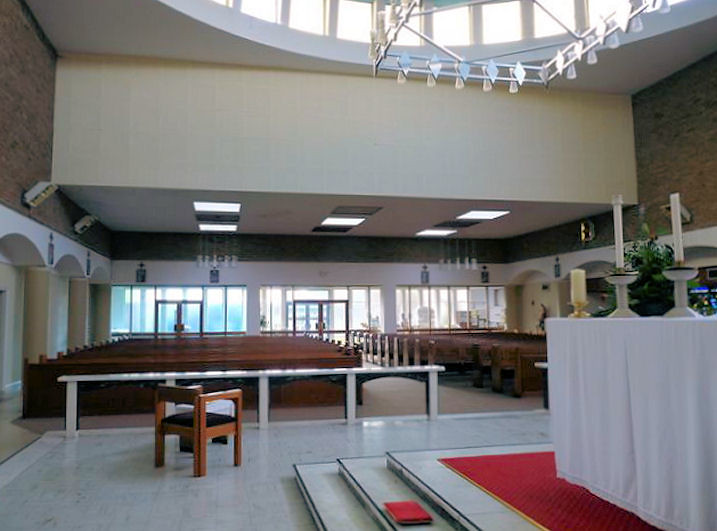 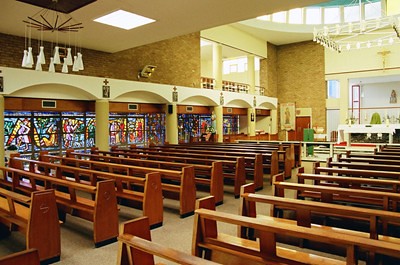 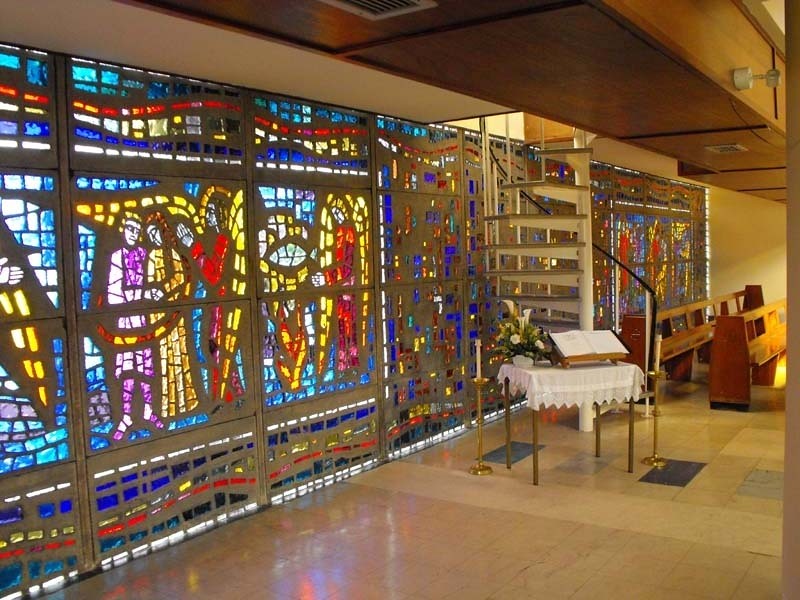 Once inside the building, we were immediately taken away by the huge hall before us in such a different style than others. The altar was in a central point rather than at the back of the church, but there was a smaller one still there to keep tradition. This is unusual and is because the church wanted a more 'together' feel to the service. Also, the congregation would face the altar from 3 angles. Around 300 people could fit inside the building. 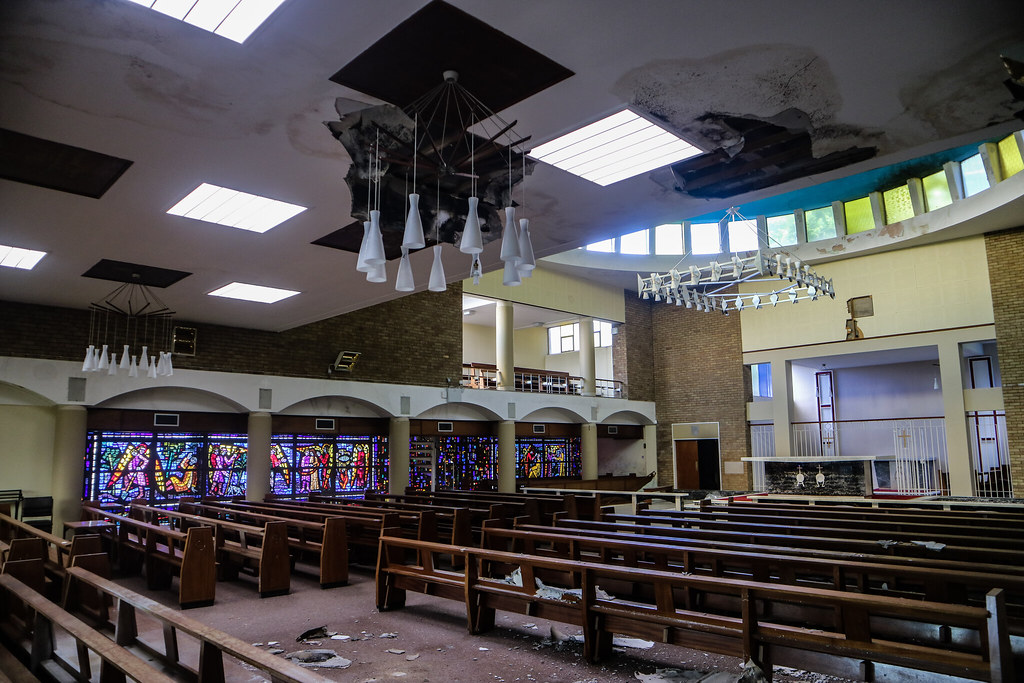 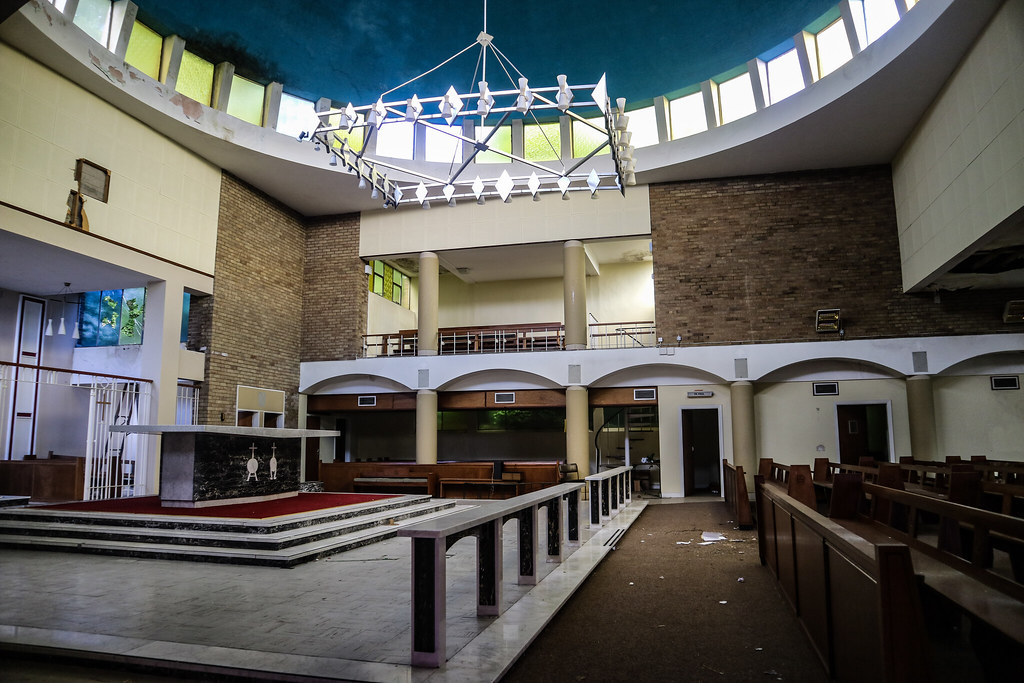 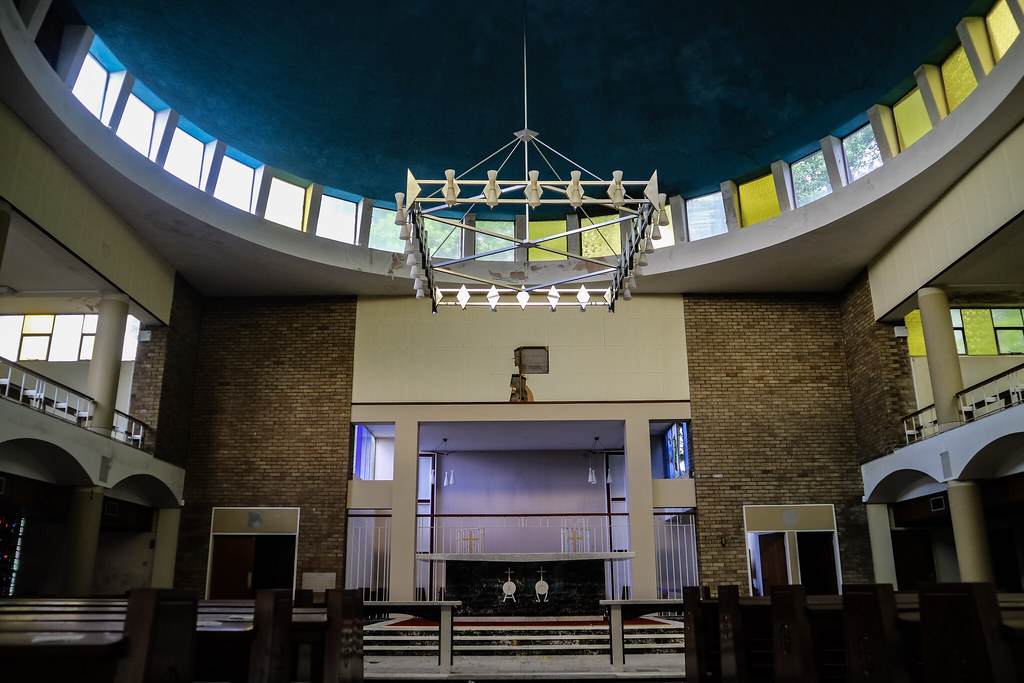 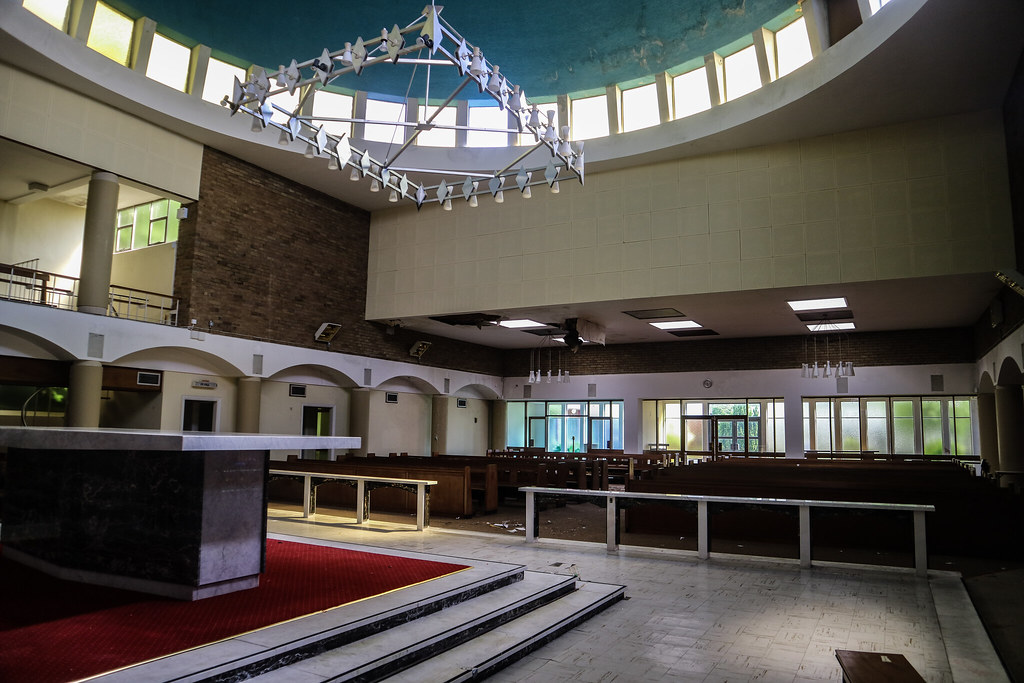 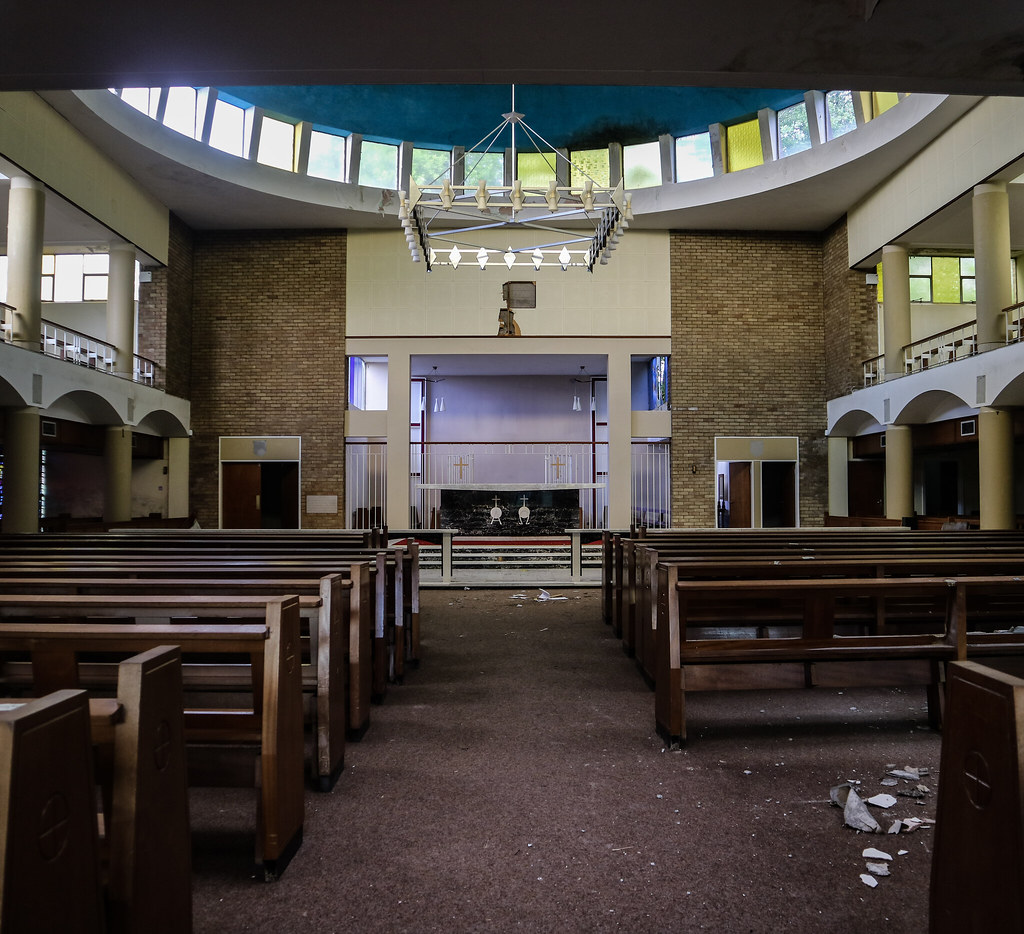 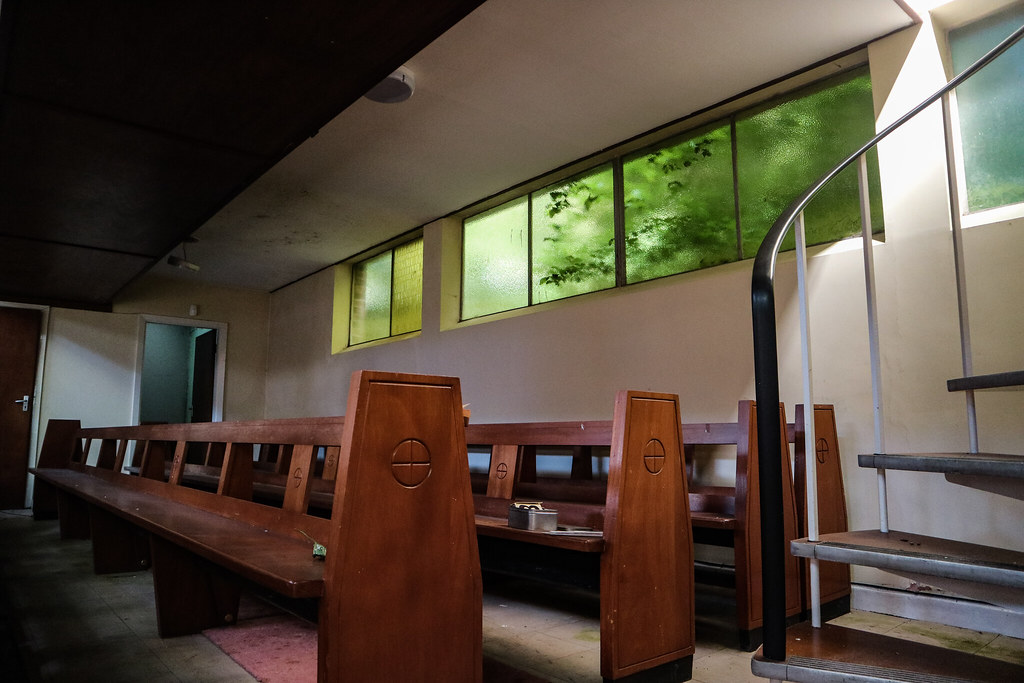 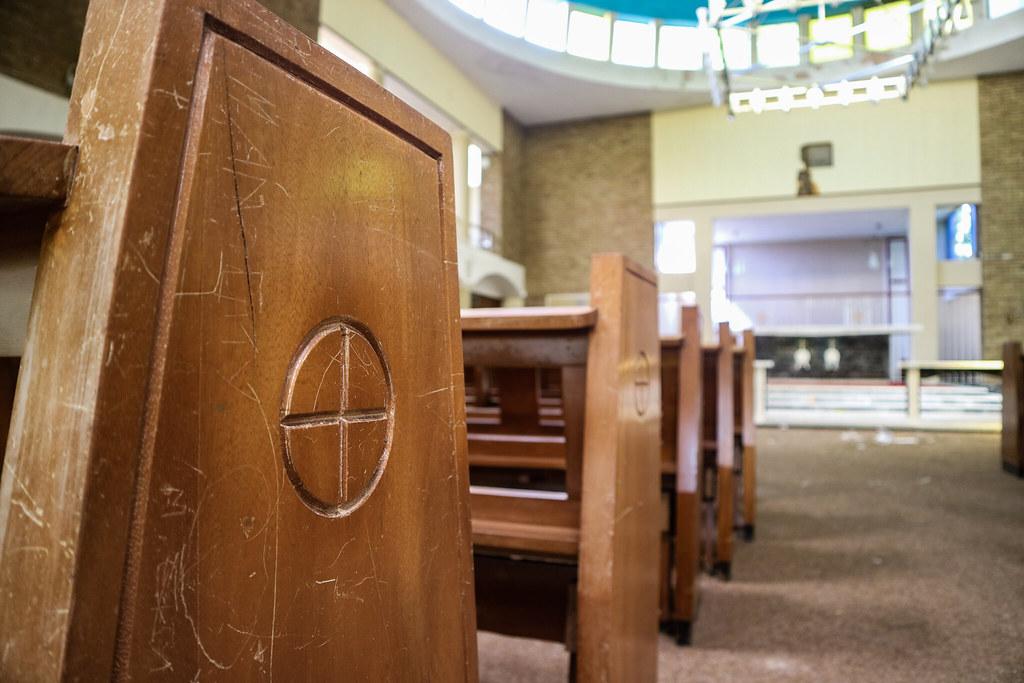 The stained glass was especially interesting to us as I don't think I'll ever see better. Whether smashed or faded, I've never seen any that adds so much to the room but this panel let into so many colours and was really photogenic. 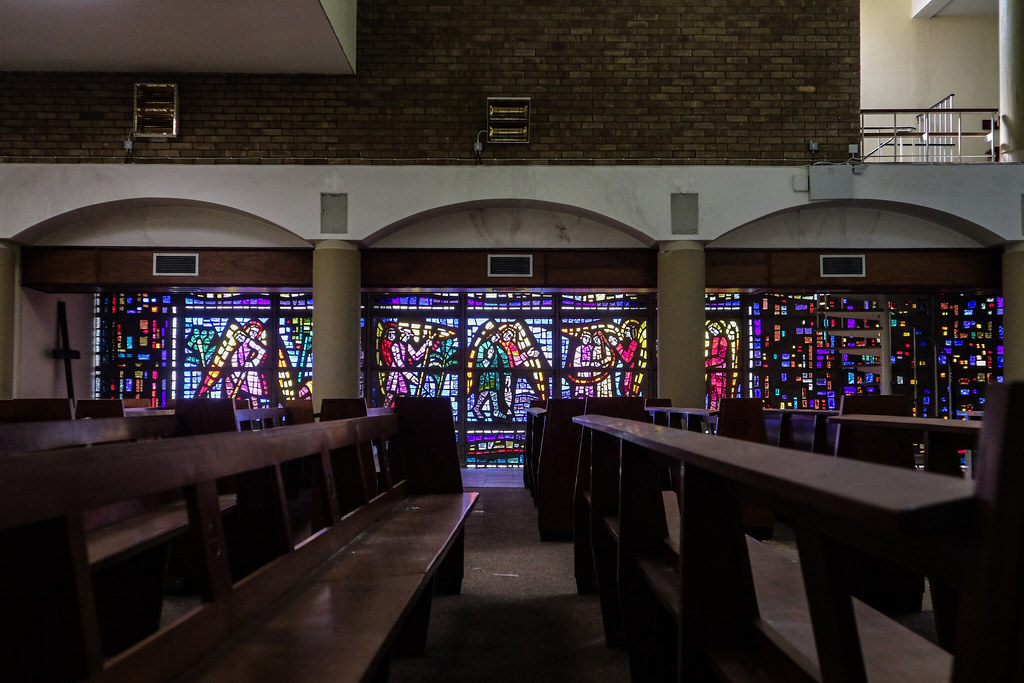 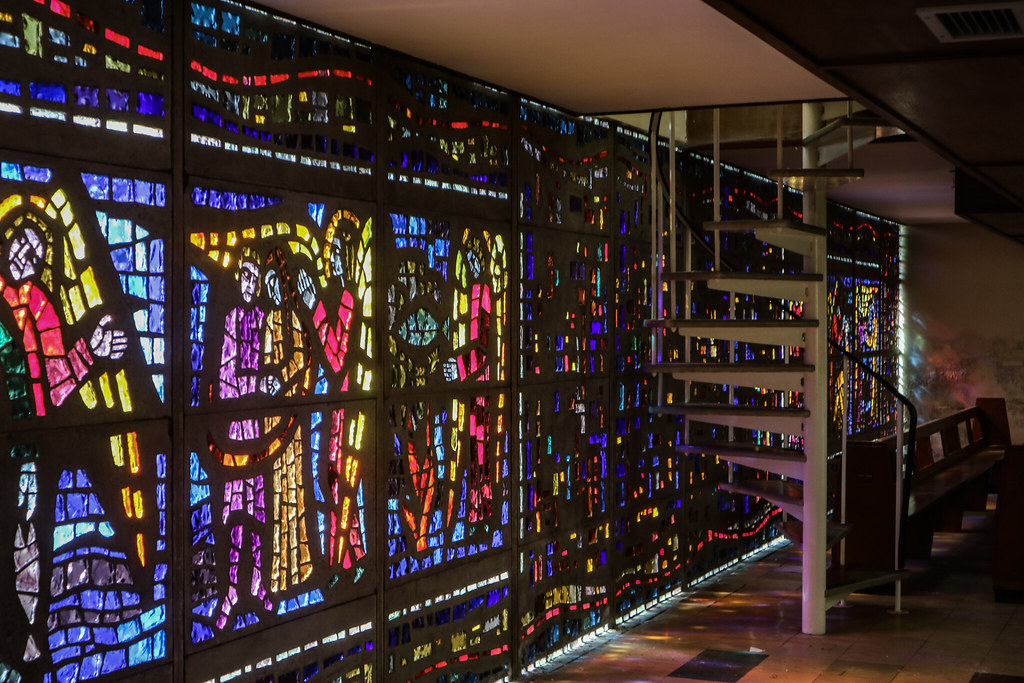 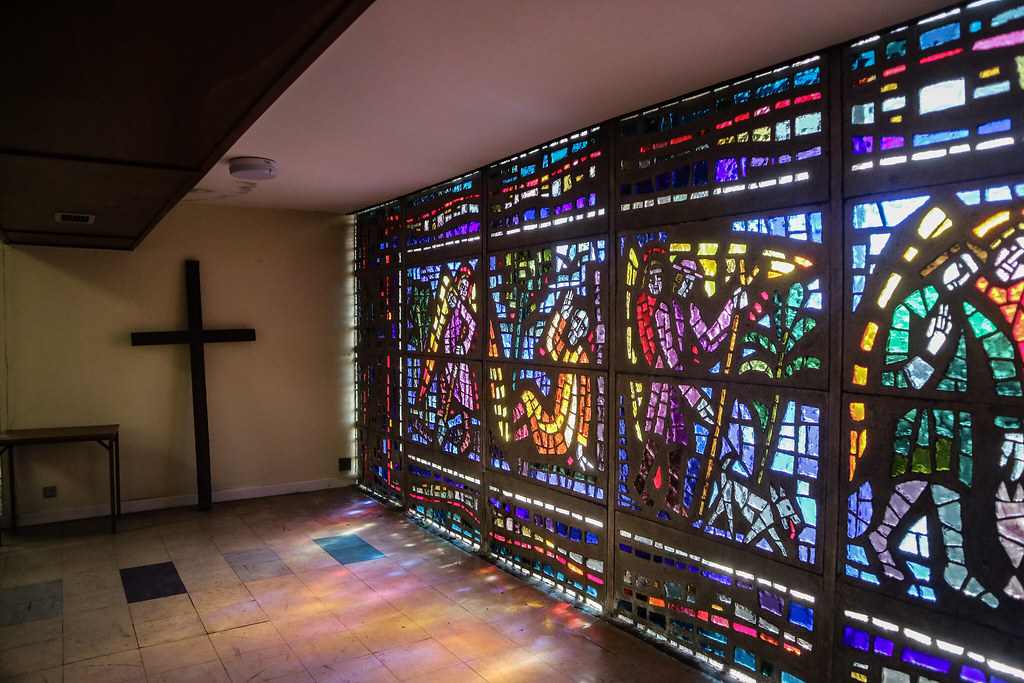 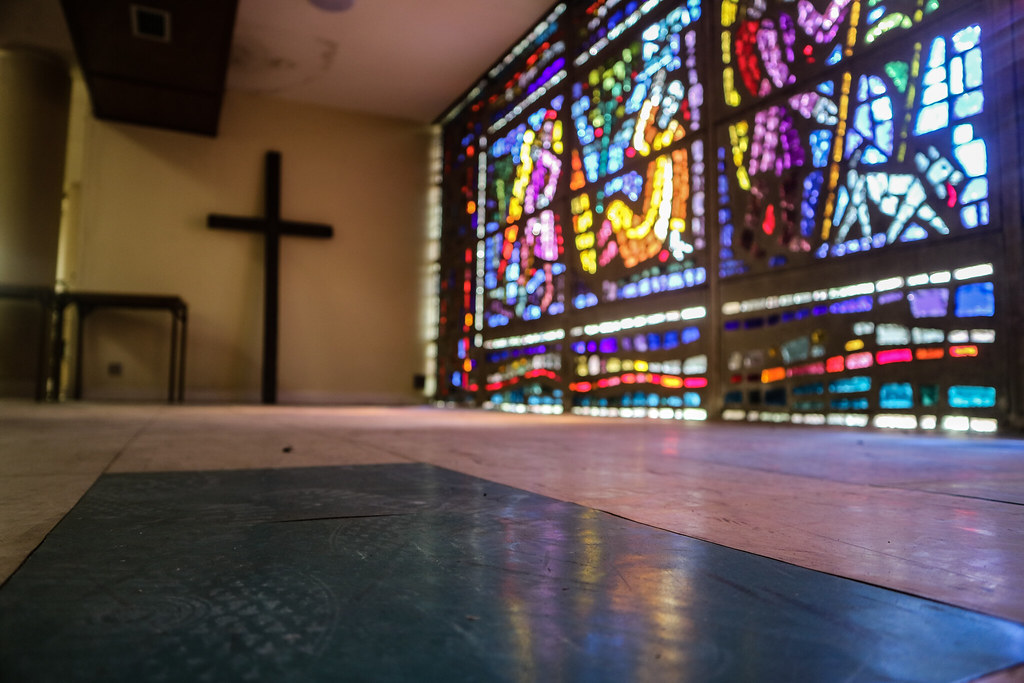 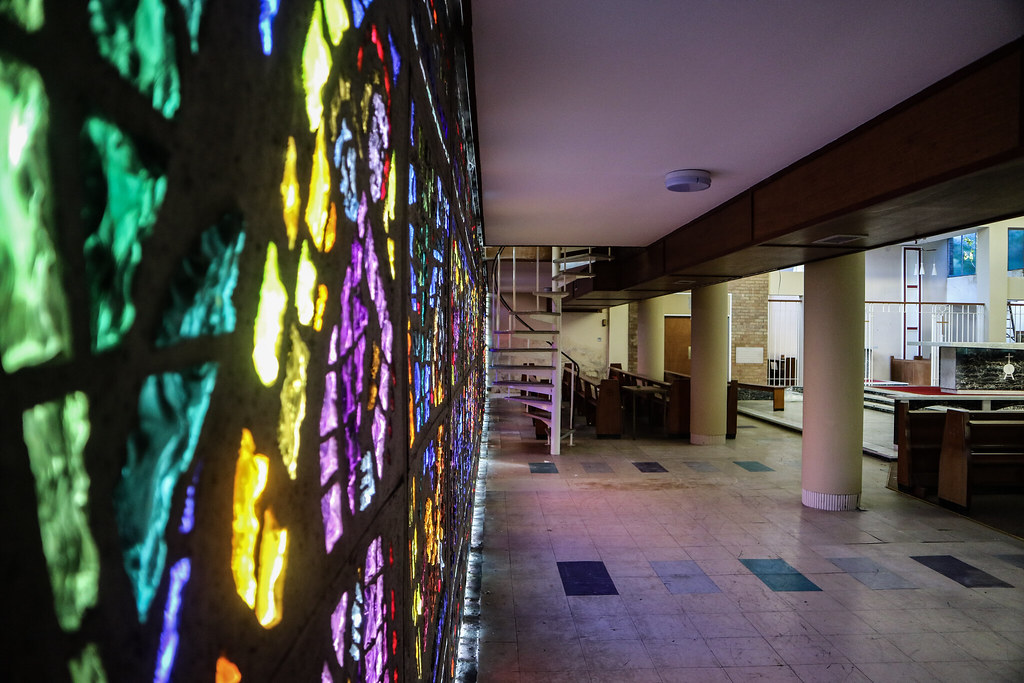 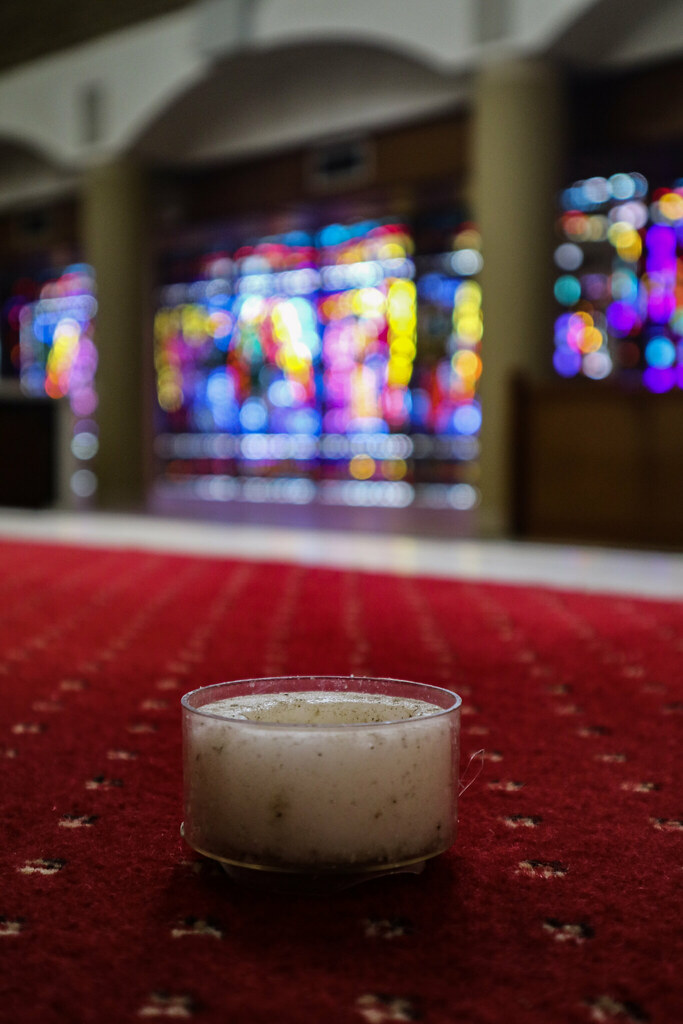 The other stuff: entrance hall and some findings in storage rooms. Literally everything was left behind here, we could easily get the masses from this forum and host our own service. 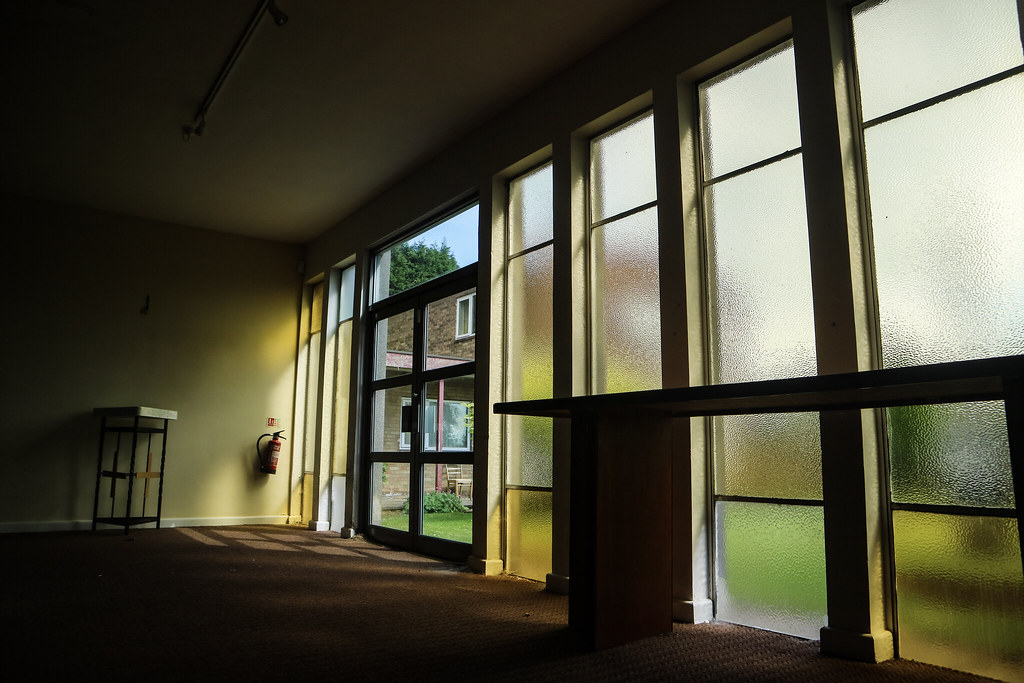 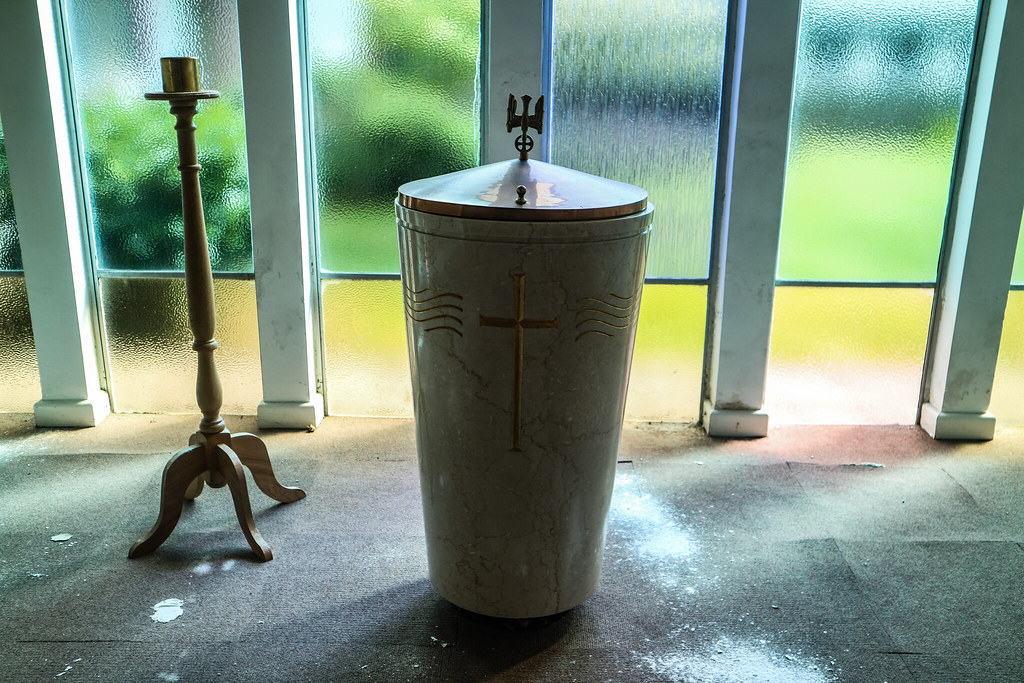 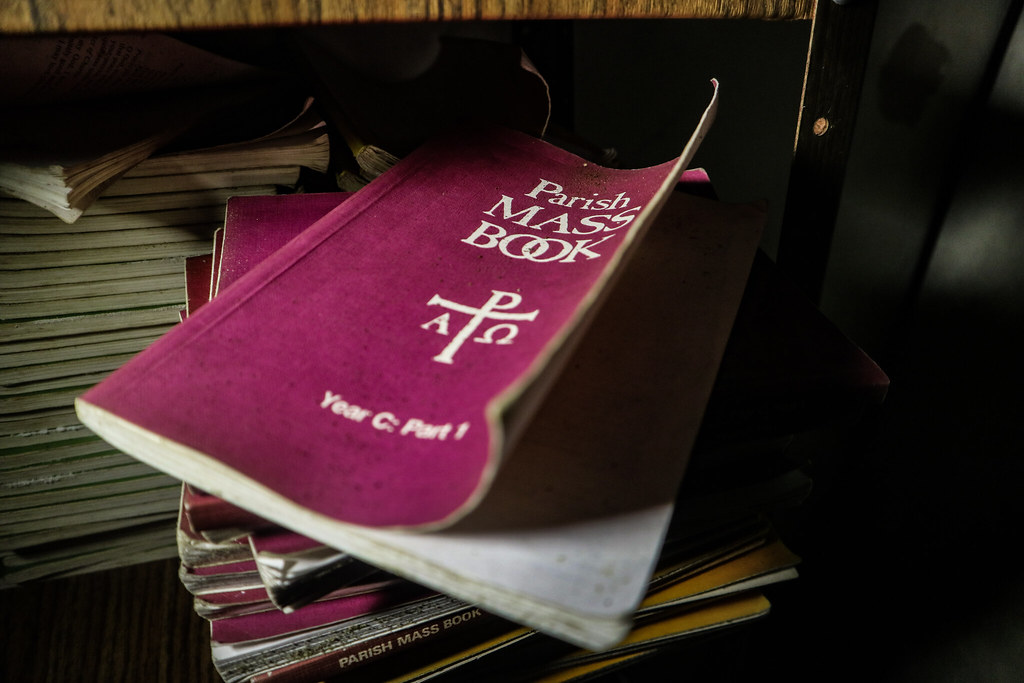 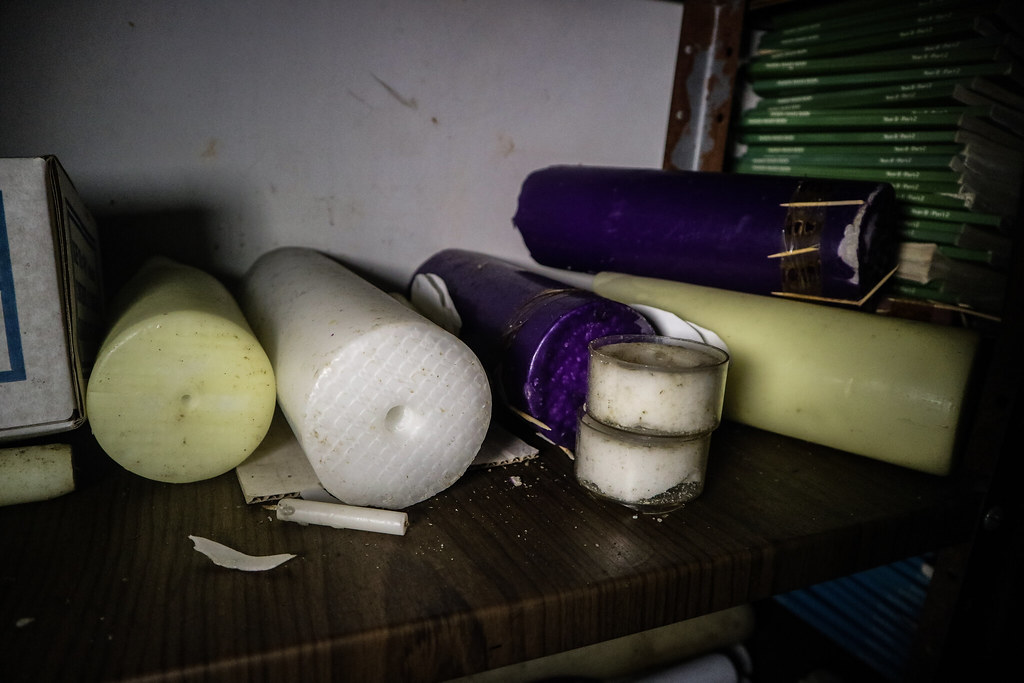 Here is our narrative documentary on the site if you're interested. We cover the past, present and future of the site through cinematics:


All in all, this is one of those ones where you're like 'how is this abandoned.' In such a small village this offers so much character but no, it's been left to crumble.

Thats interesting, am loving the stained glass! U could be forgiven for thinking this is not derelict until u show the ceiling shots. Nicely done!

Even though its deteriorating it still has character and beautiful stained glass windows.

A bit special that, sound job, Thanks

That's a minter that. Great report and loving all the stained glass pix.

Thats rather special enjoyed the report keep it up!

Location
The north side of Greater Manchester

This looks a similar design to my church up here the other side of Greater Manchester. A little more opulent than mine, however.

This is really beautiful. Great report and pictures! The dome and stained glass are amazing.
R

Hi guys, first, I will say hi to everyone as I'm new here. I find this thread very interesting and trying to find some informations about the church I found this :

Well, the whole property it's for sale on an estate companies, and without giving to much informations they put a price as well, £450.000.
I hope this is not considered an advert, but I was surprised to find that on Google.