The earliest dating info I can find on this building is from when a contractor found a cigarette packet dated 1886, apparently it goes back to the 1860's as the Junction Inn!
And then it became the Junction Hotel!
It is sat alongside Queens Park and the river Irk all alone with no adjoining buildings; just some modern flats nearby!
In 2006 it became the Hell Fire Club; a Horror themed bar presenting nefarious activities that came to an end in 2014!
It was re-opened and re-branded as Cirque, a Champagne bar hoping to attract more people from the vibrant bars of the City centre! It was struggling until 2016 when a new promoter took over and made it a Burlesque club with the hope of a more exclusive clientele and to take advantage of that growing form of entertainment!
It was also equipped for Fetish and BDSM nights. Oh my, if its' walls could talk eh? Ha ha!
It closed a couple of years later and has had fires, been gutted but with it's Victorian era engineering - it still stands.
Today - I was given an access tip off and after failed previous attempts I finally got inside for a look around!
When it was open I DJ-ed at a few parties, it really looked lavish and so well furnished. So it was really upsetting to see it in it's current state! The fire damage didn't look that bad but many of the floors are unsafe, as are some stairs! But what fun would these places be if they weren't?
I had to go and reshoot some areas because strangely my camera frosted up inside!
There is talk of it being haunted and even had an episode of Most Haunted filmed here, could something have been toying with me?
On with the pics:

Outside! It's circular design is quite striking: 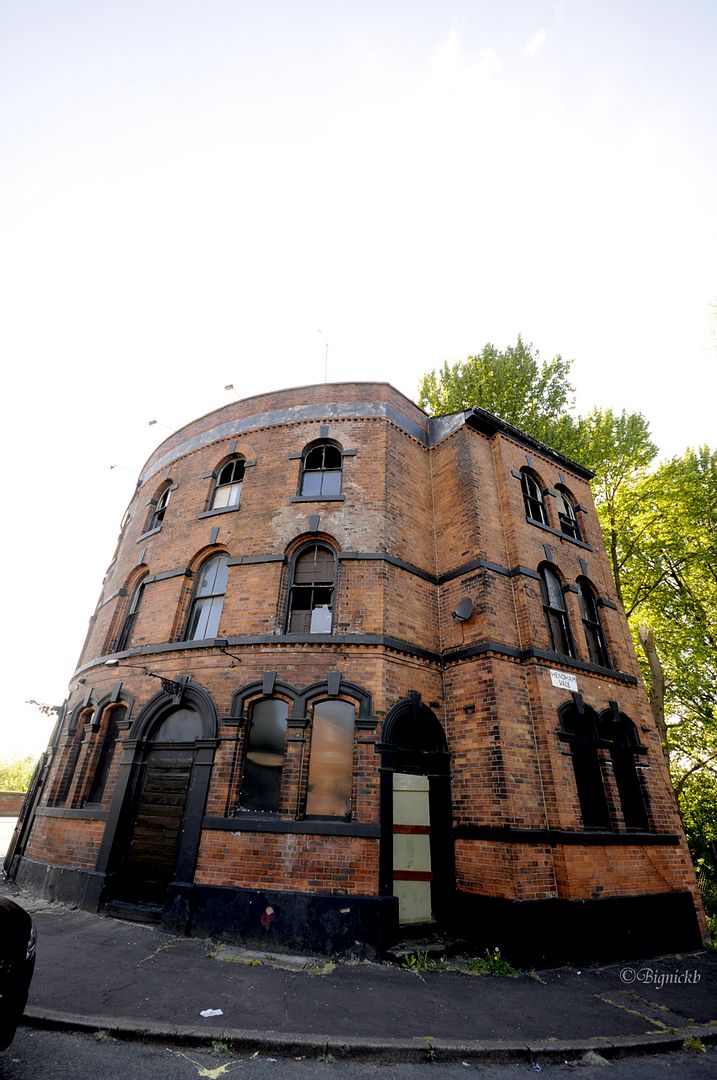 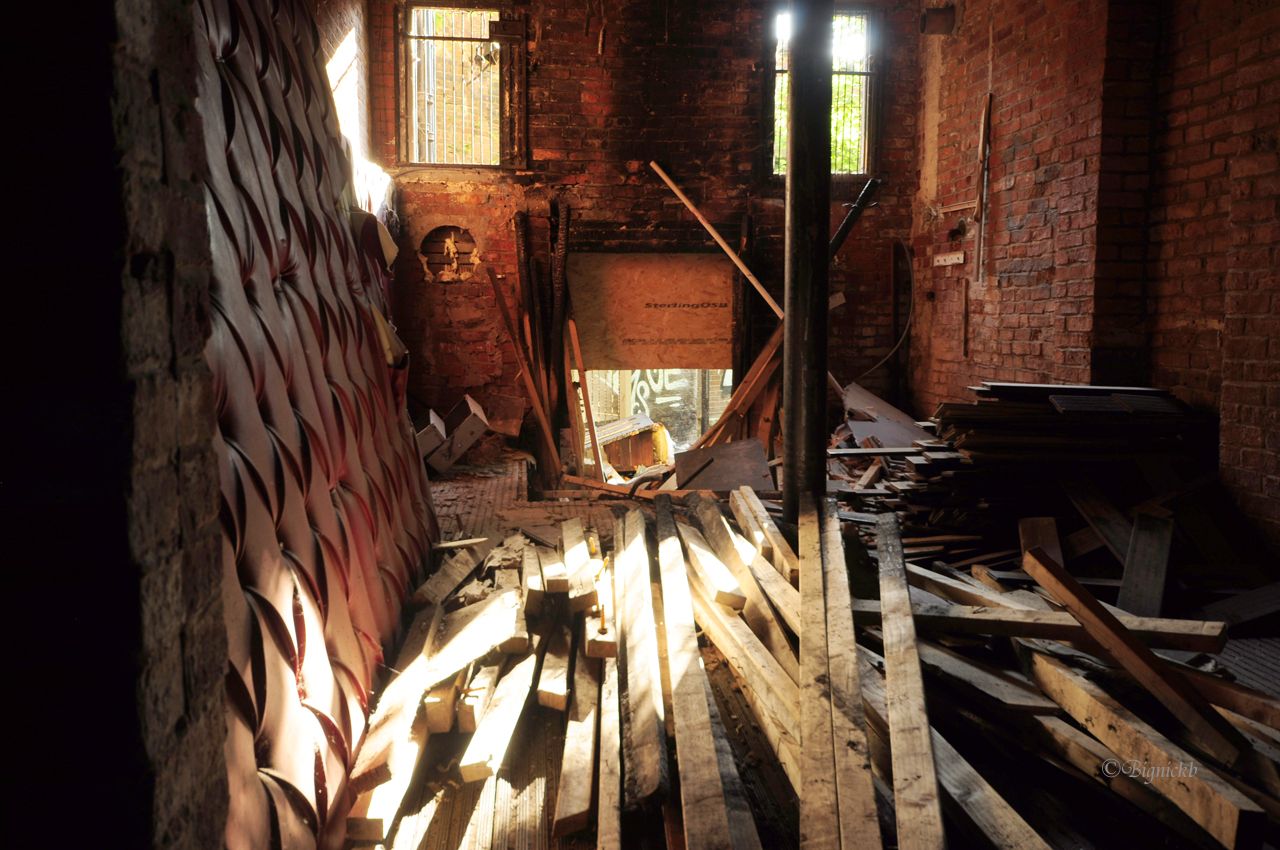 Other side of the cellar, that wall is leaning inwards which is a bit worrying! 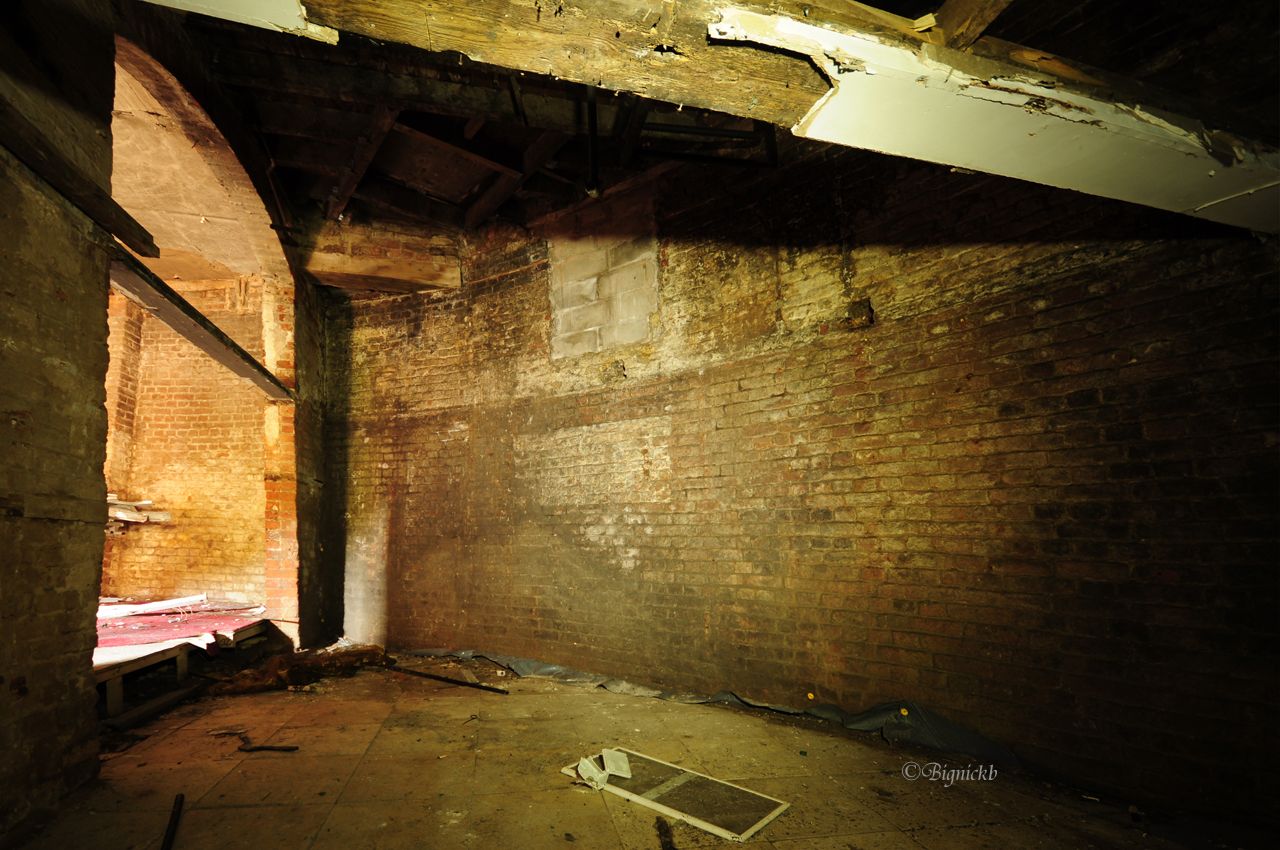 Damn, I guess I have to stop here! 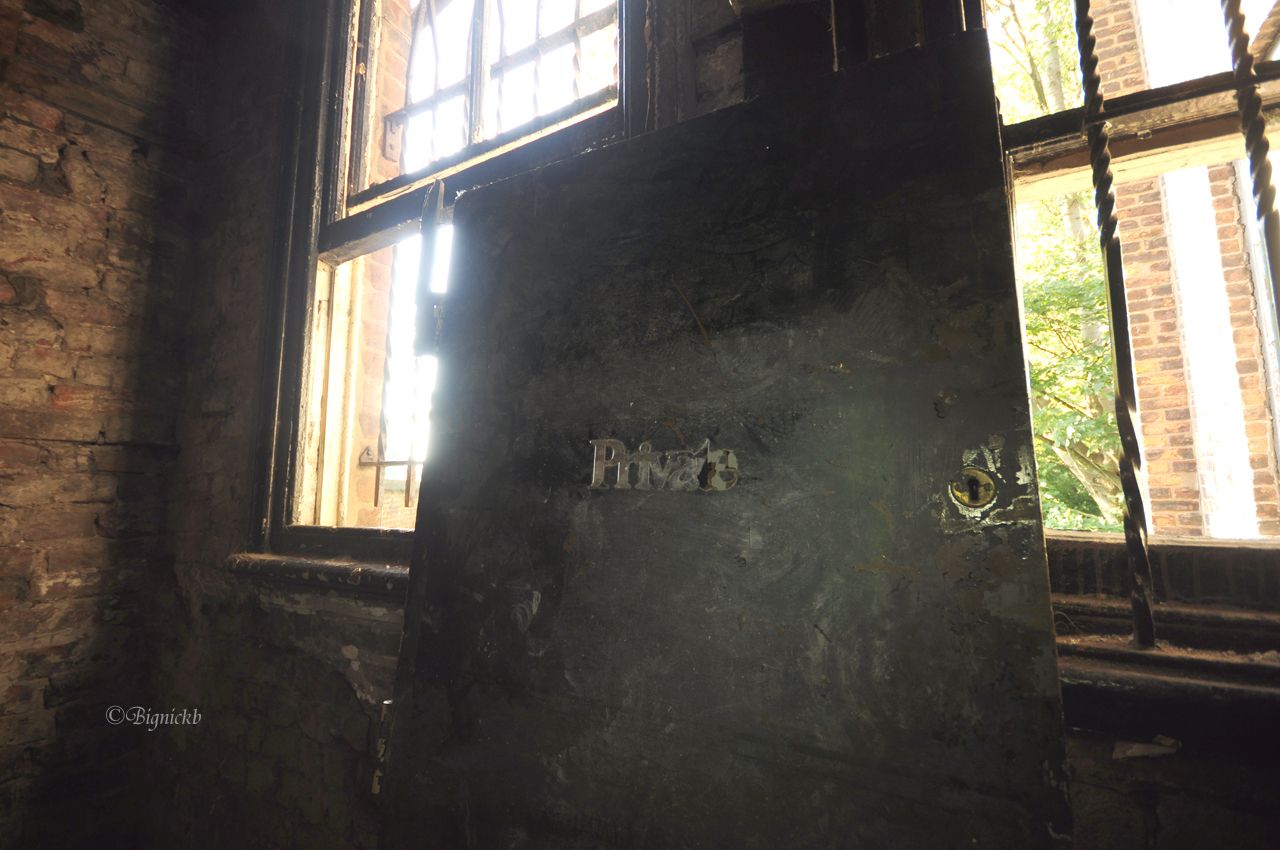 Ground floor from where the bar was: 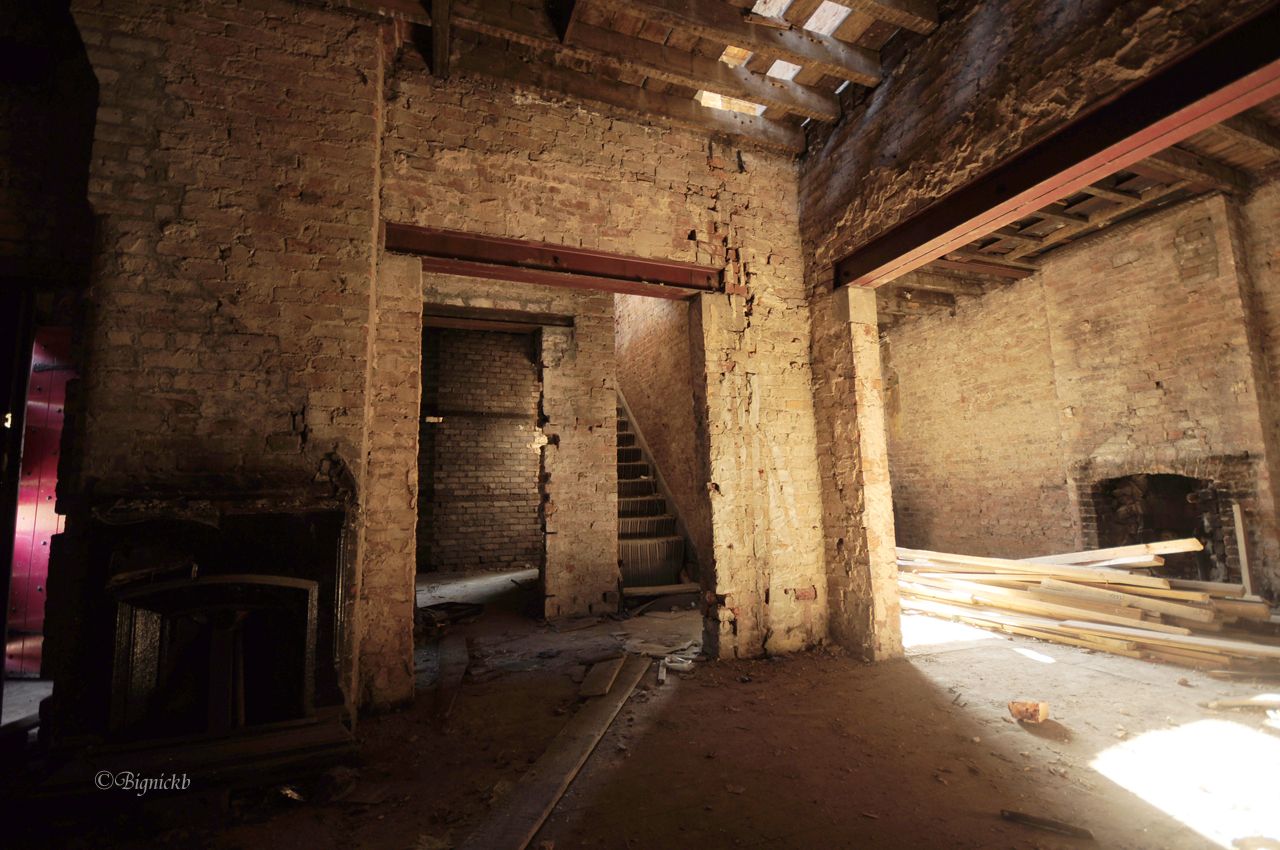 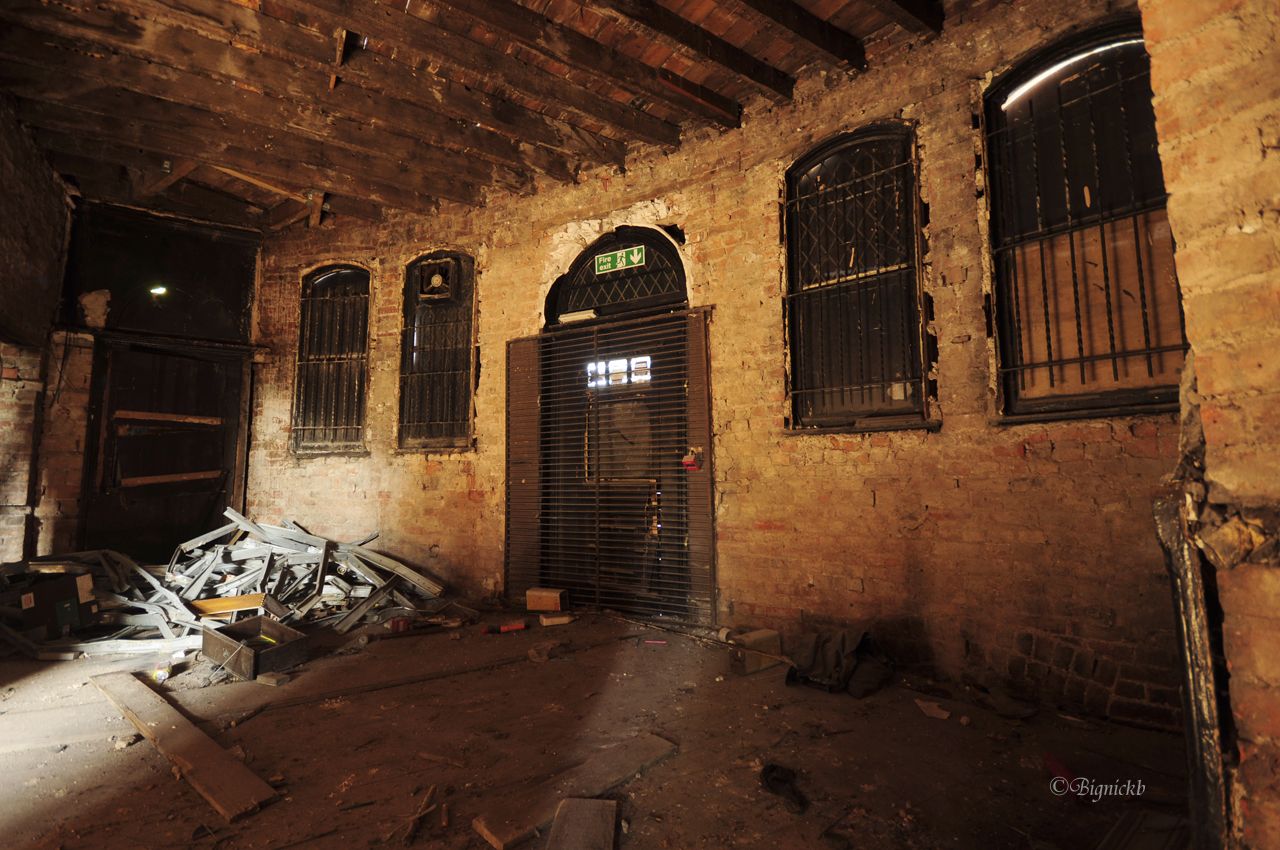 Old windows where the lobby was: 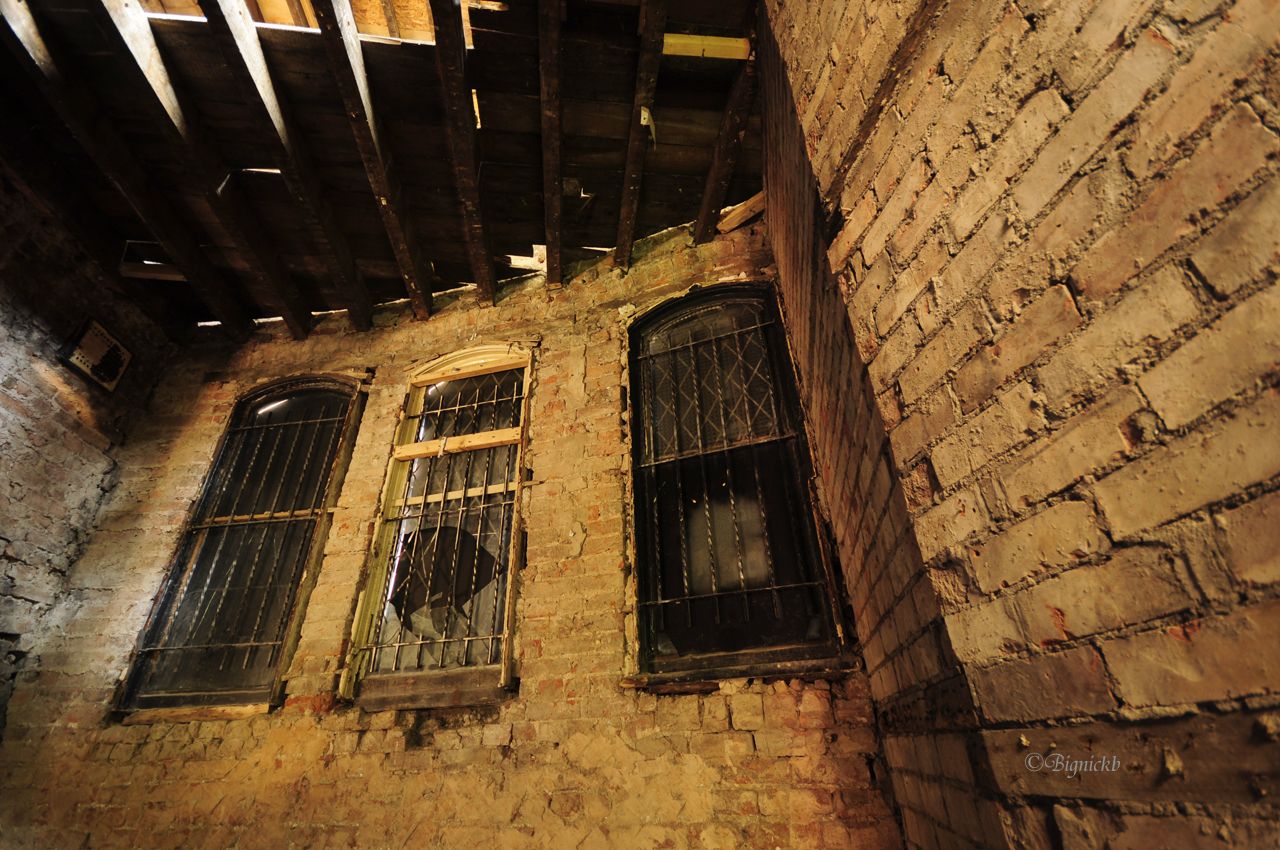 Cellar to Ground Floor stairs! At that top there used to be a Chaise Lounge, behind where I'm stood were dressing rooms for acts: 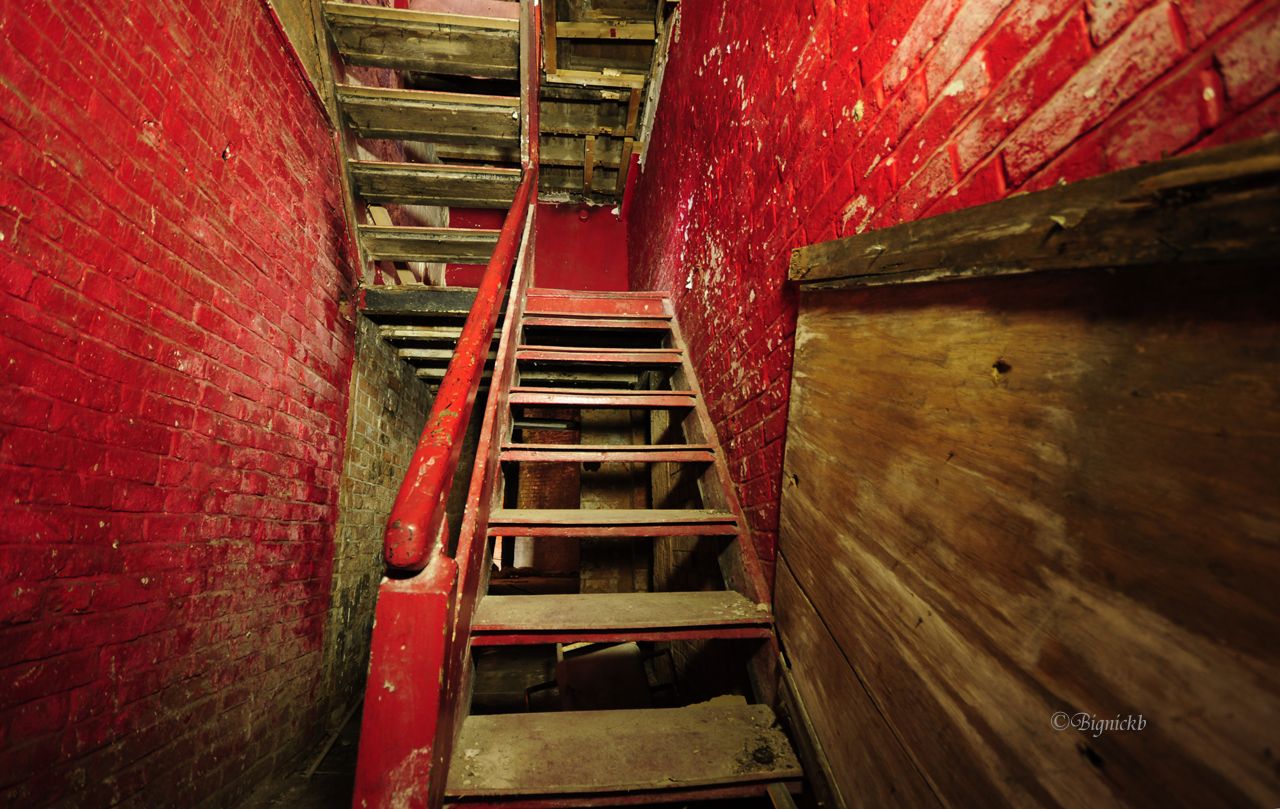 Surviving Decor! I'm pretty sure that a few Straight Jackets were on site: 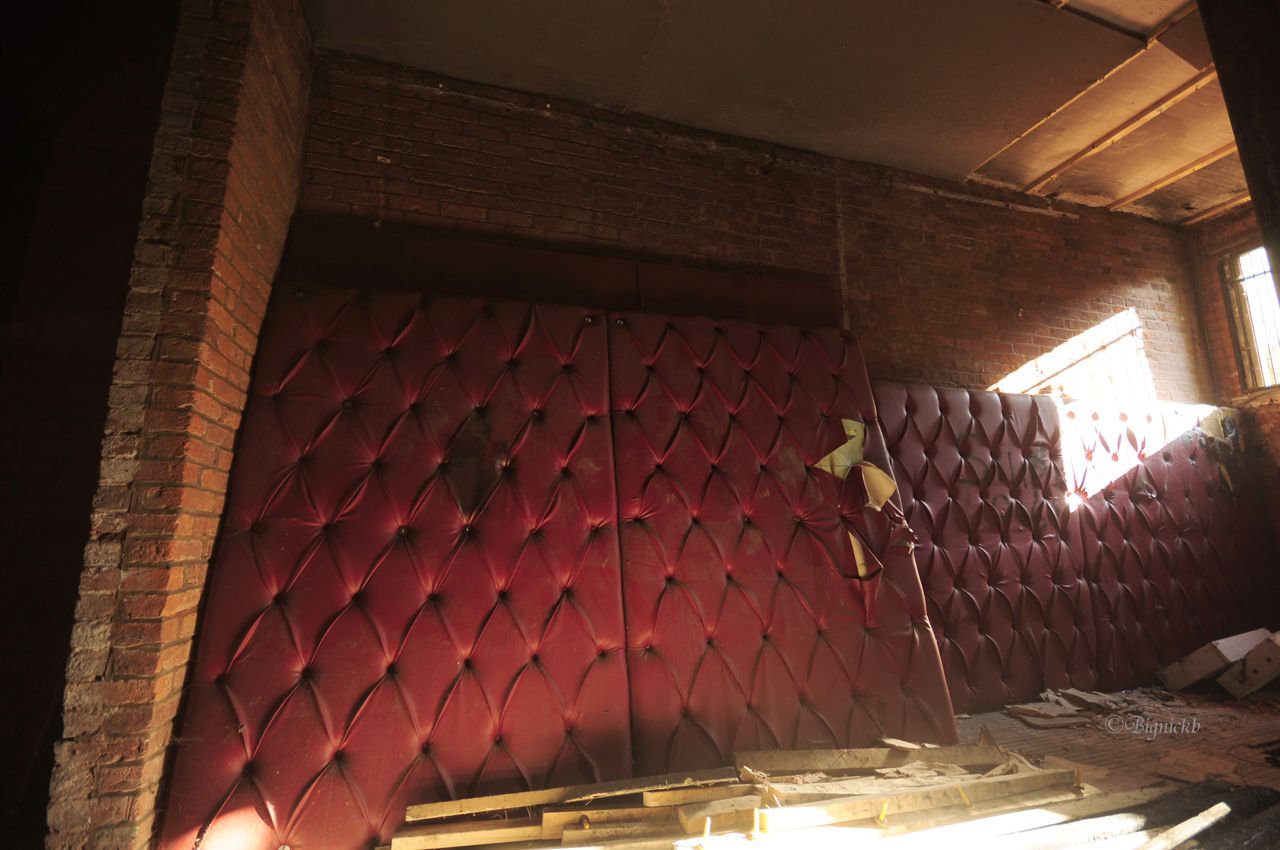 Main entrance! This was when my camera frosted up but I quite like this effect! 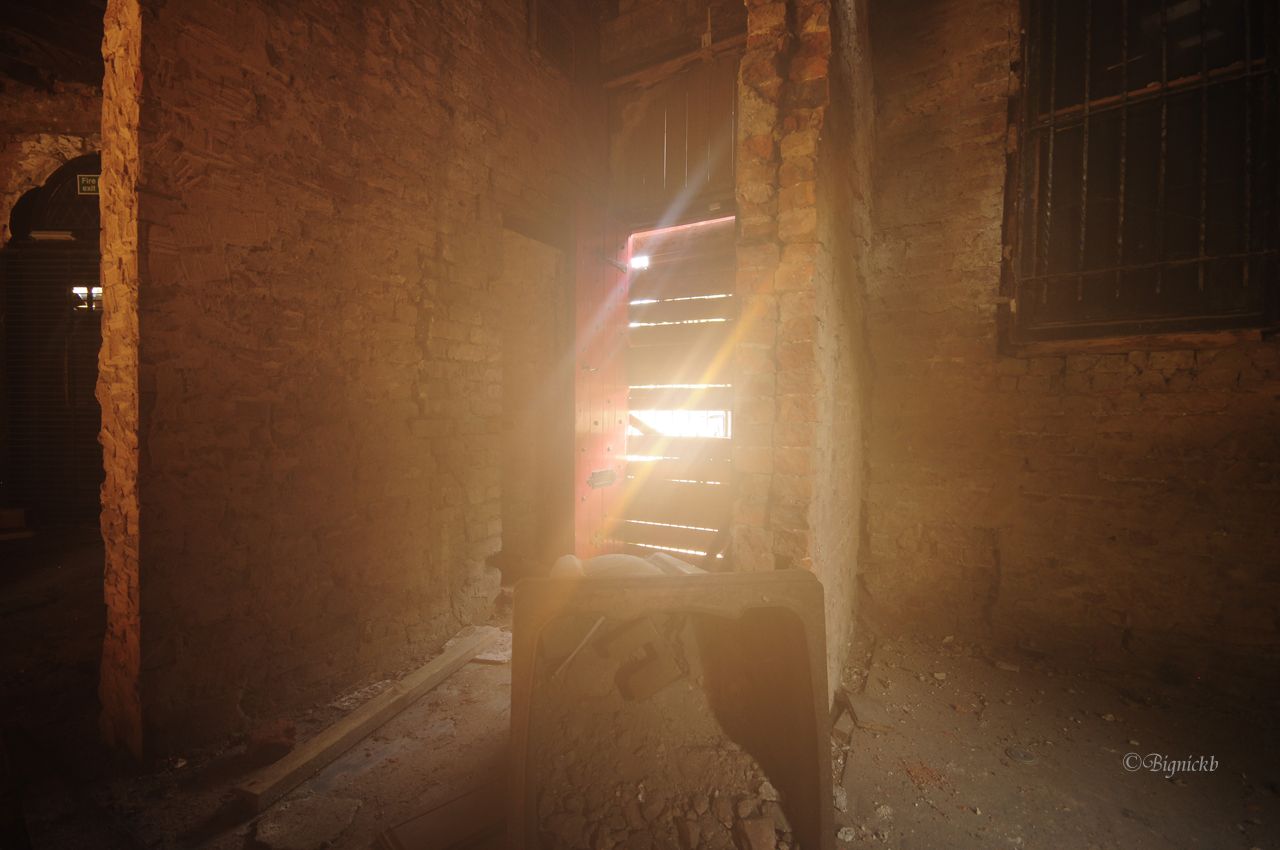 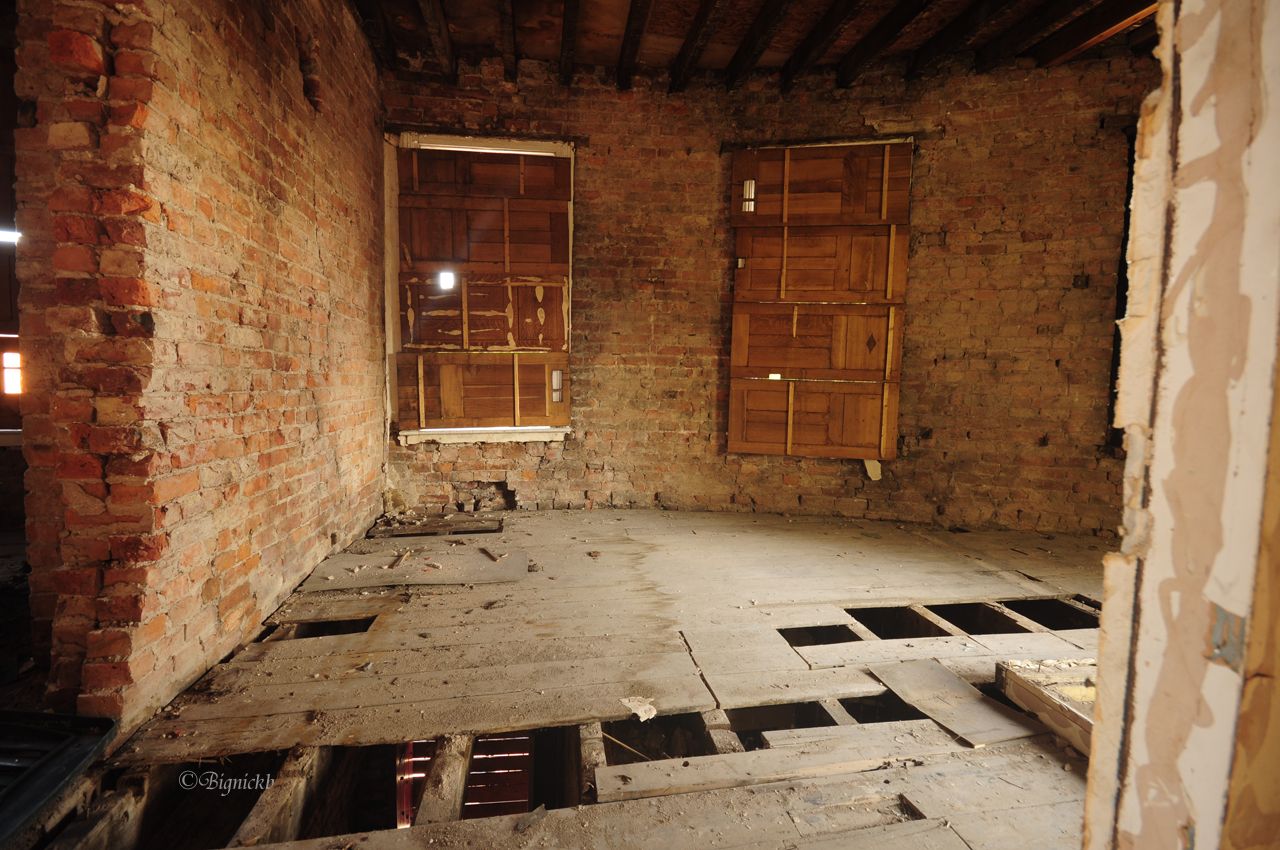 First floor function room! There was a bar in front of the then blocked off window: 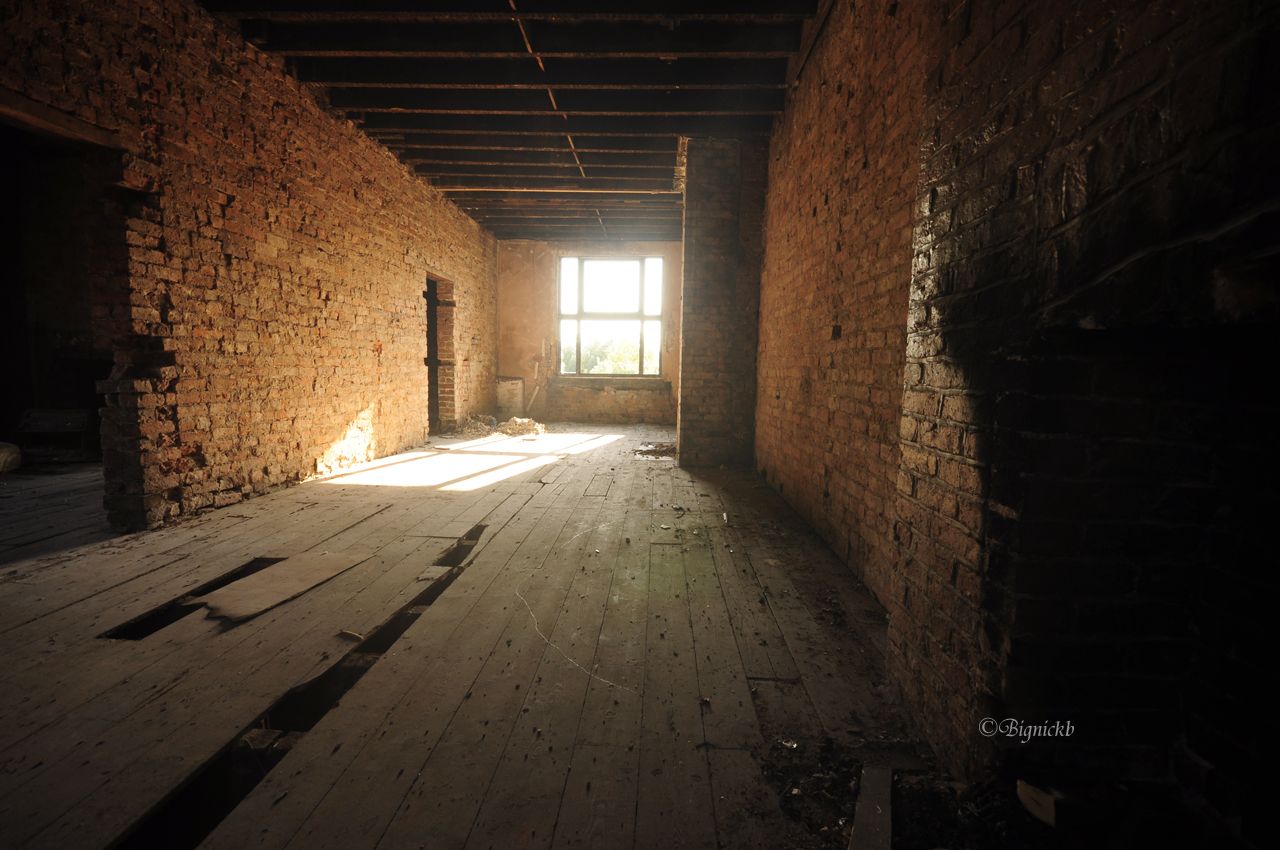 A fire place re-purposed as a - Fireplace: 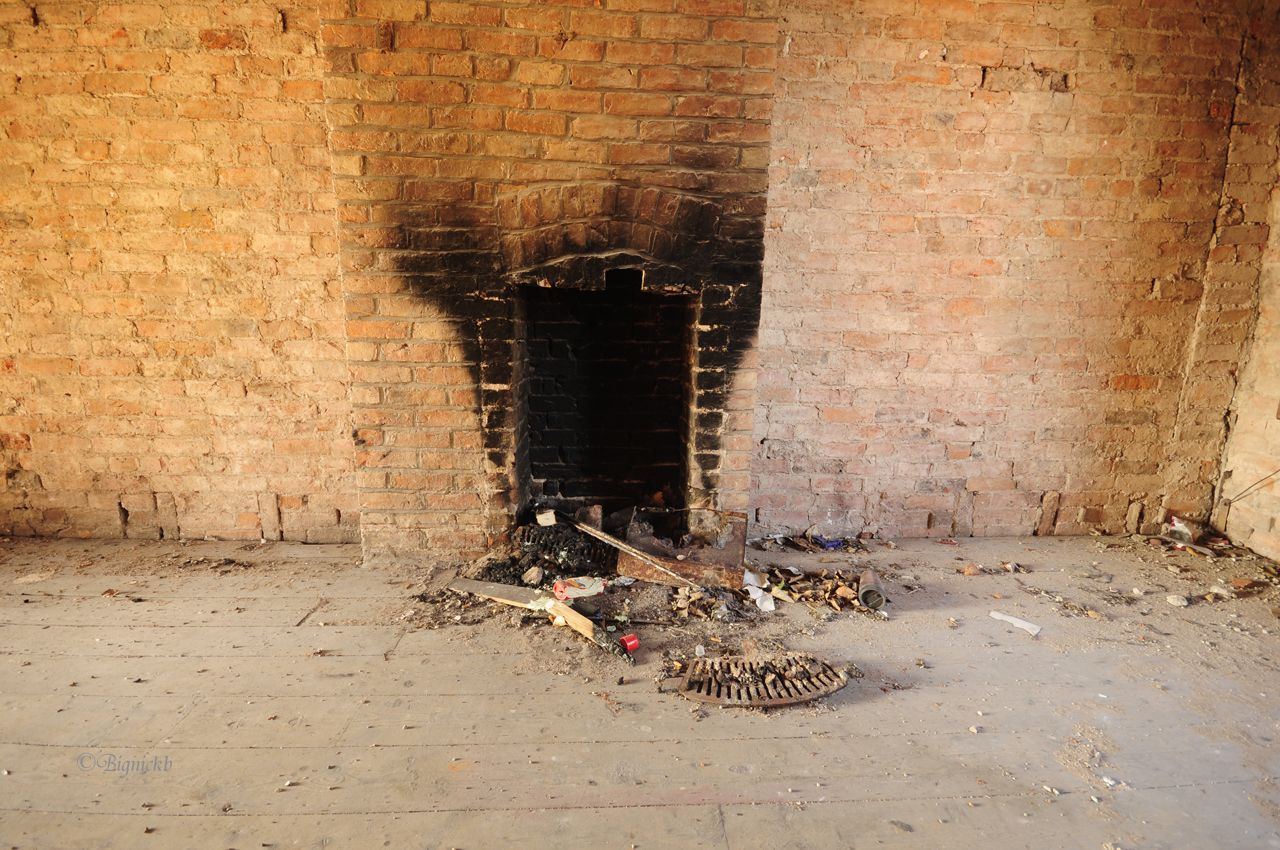 Looking down! The Corrugated roof was the smoking area: 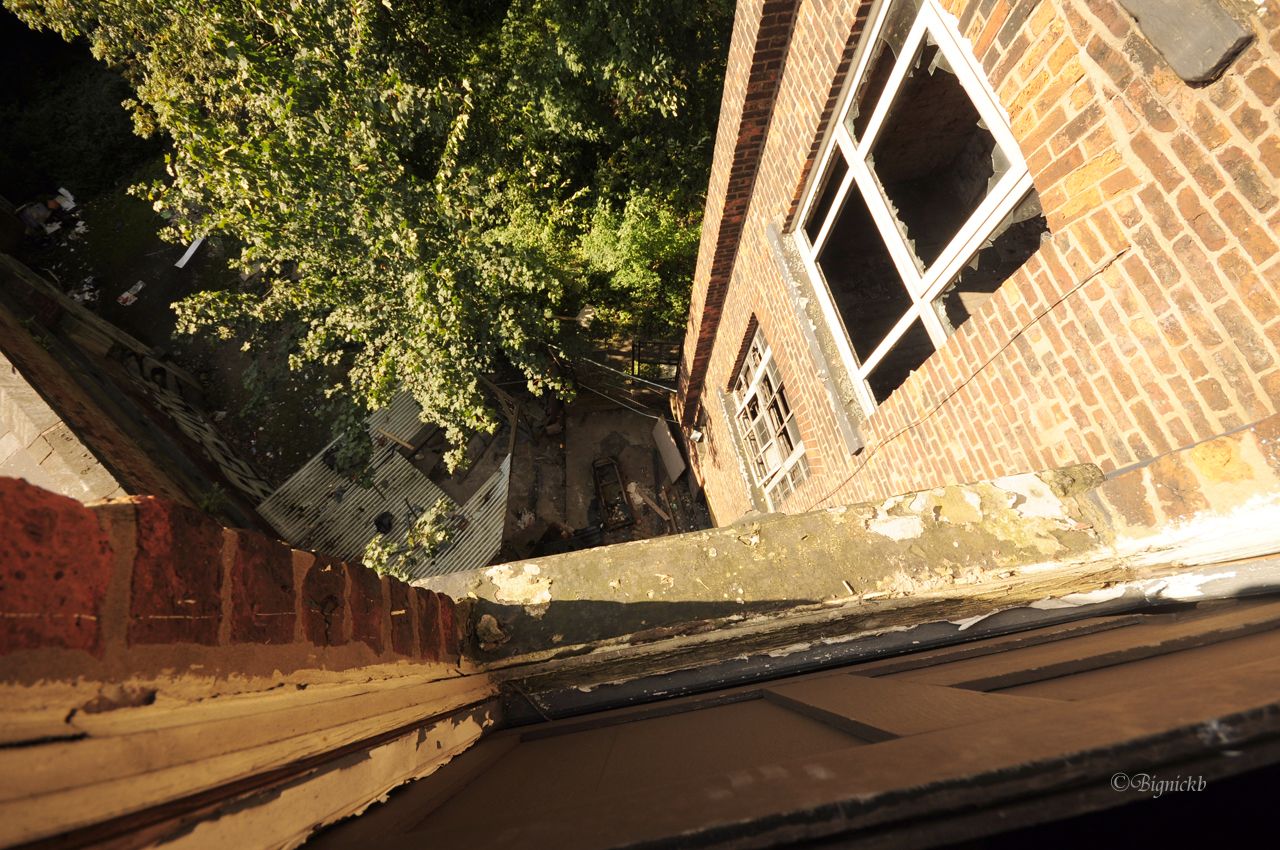 On the roof with a distant view of Manchester city centre: 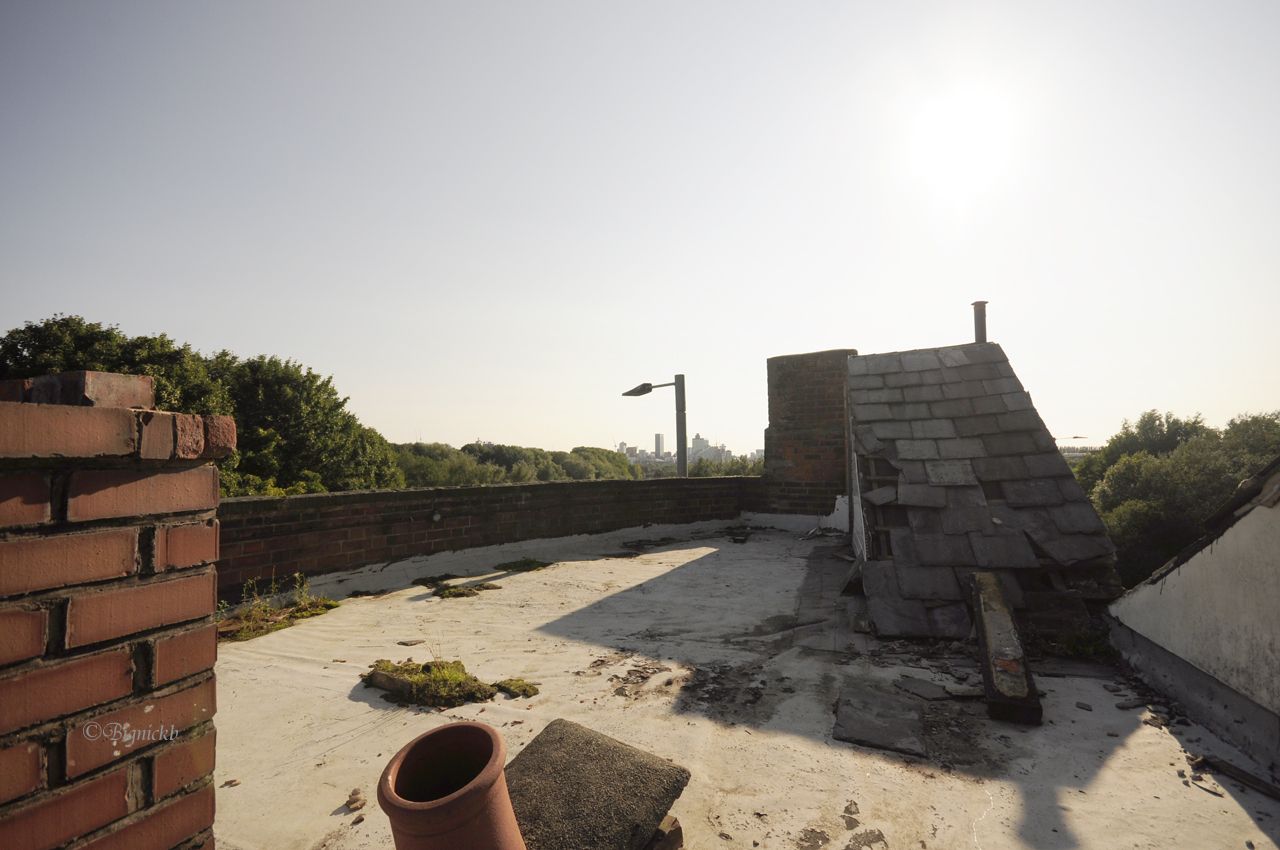 great pics, but what a creepy building

Yes great job! I wonder why all the plaster was removed? Didn't expect a flat roof either.

A strange thing to do, remove all the plaster, and one heck of a job as well. You have to wonder why.
W

I remember when this was the Hell Fire Club, I never went inside but it wasn't far from where one of my old girlfriends lived.