I had been here a couple of times before and on one trip I took the waders along and started to have a look at the ground floor. as I was the only one with waders and the water was quite deep I only looked at the first few rooms.

Reefps and I have been talking about this for a while and we decided it was finally time to explore the whole of the flooded section. Reef had thigh waders which served him well and he got round more of the rooms than I thought he would but the water became too deep in places (which led to him calling out 'stop making waves!'). I took my cheapo chesties and managed to get a bit further

The ground floor at Cliffe Fort has been flooded for many years, it consists of the parade ground, magazines, barrack block and somewhere a well (but luckily we didnt find that!). The whole site is gradually being taken over by nature, we saw ducklings, water voles, Eels, seagulls and a Pheasant that could swim (who would have thought it?!) 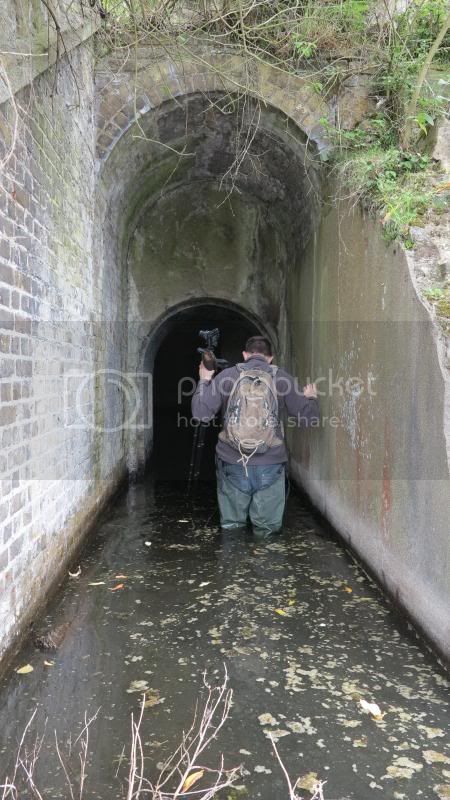 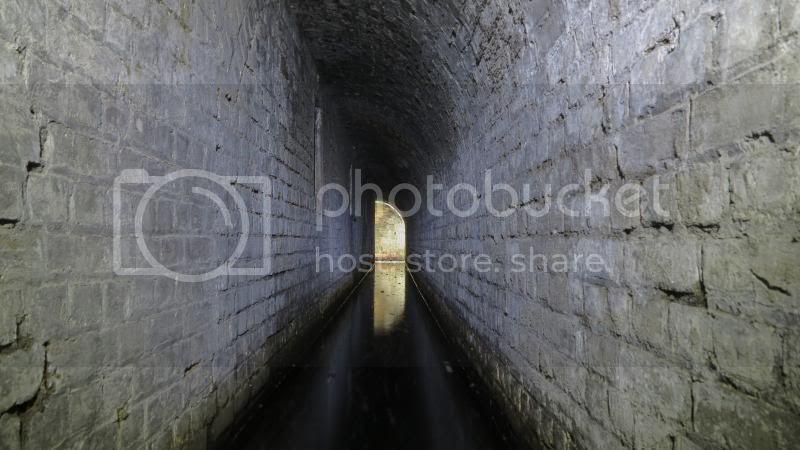 The main corridors follow the contour of the fort so they curve round. as we moved away from the entrance the air became quite stale. The floor was littered with rubbish, old tyres, rolls of chicken wire (not good for waders), concrete blocks 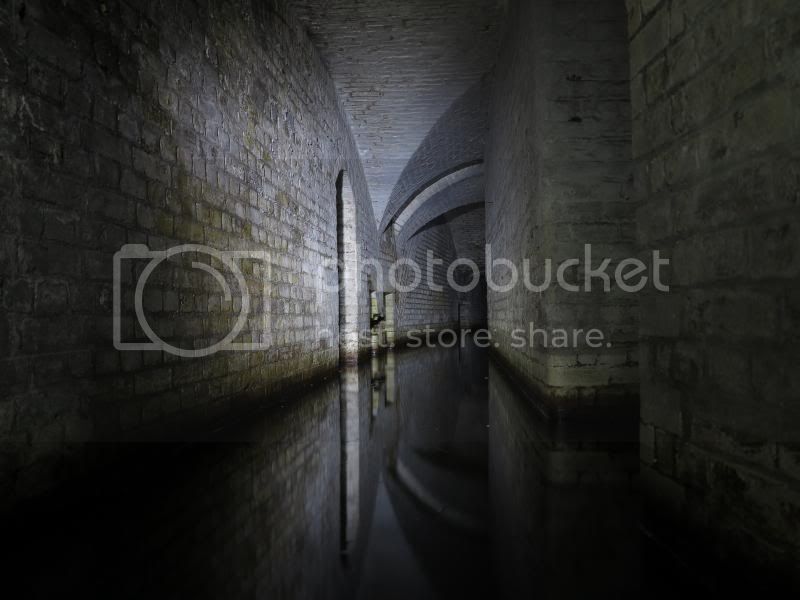 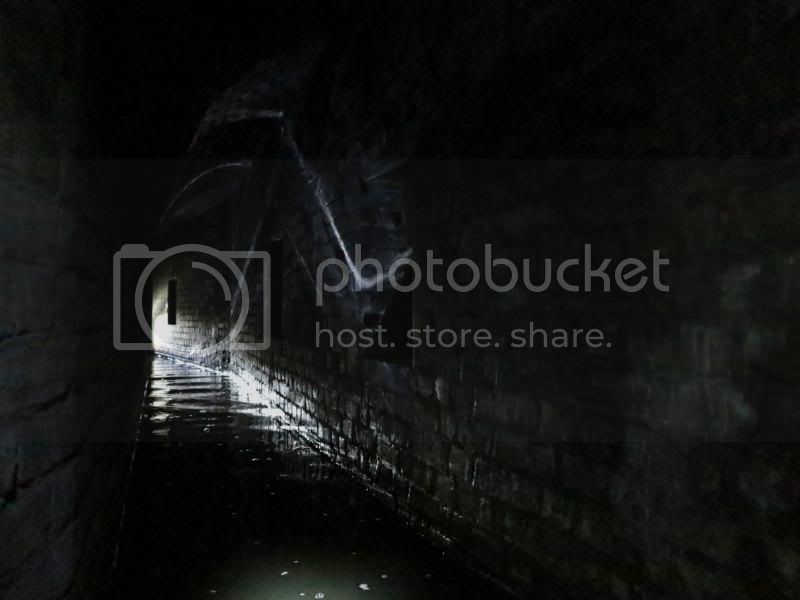 The nearer the outer wall we got, the deeper the water got 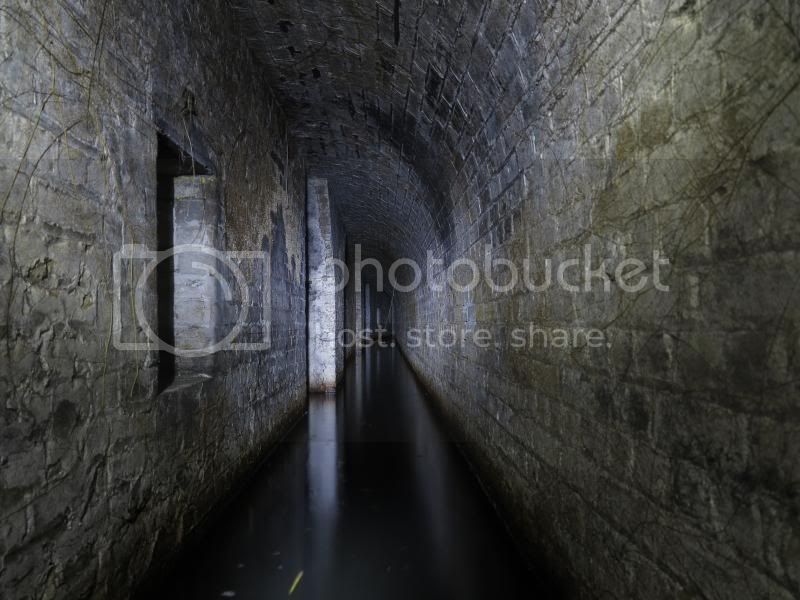 A small magazine, the water really started to stink at this point and it was getting a bit thicker too 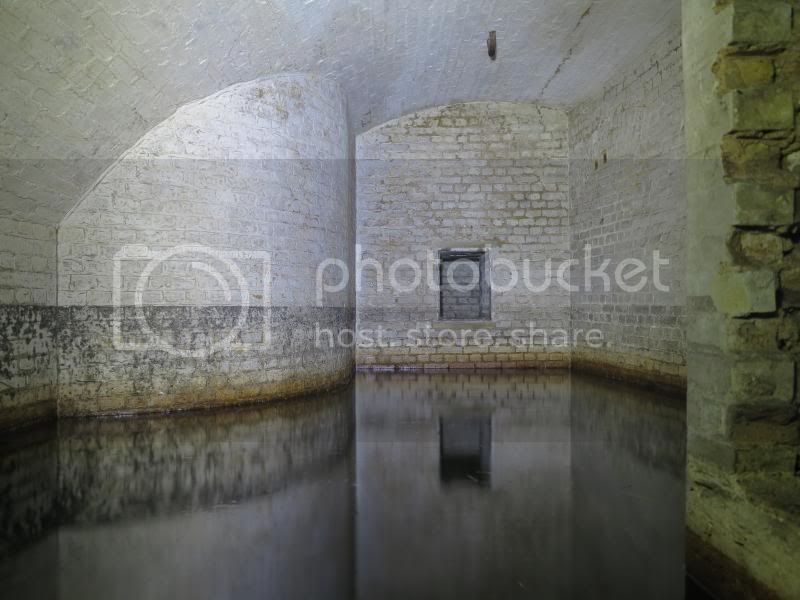 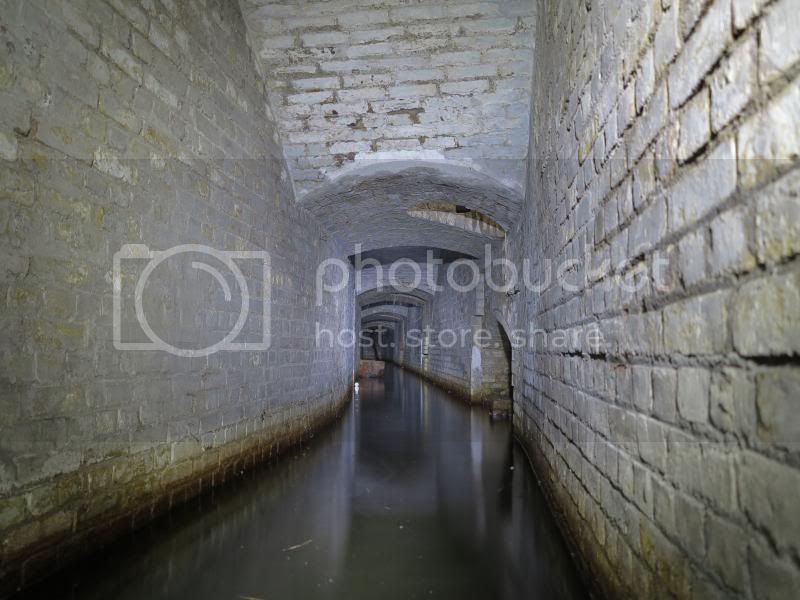 At one point it stunk of oil, it was floating on the water 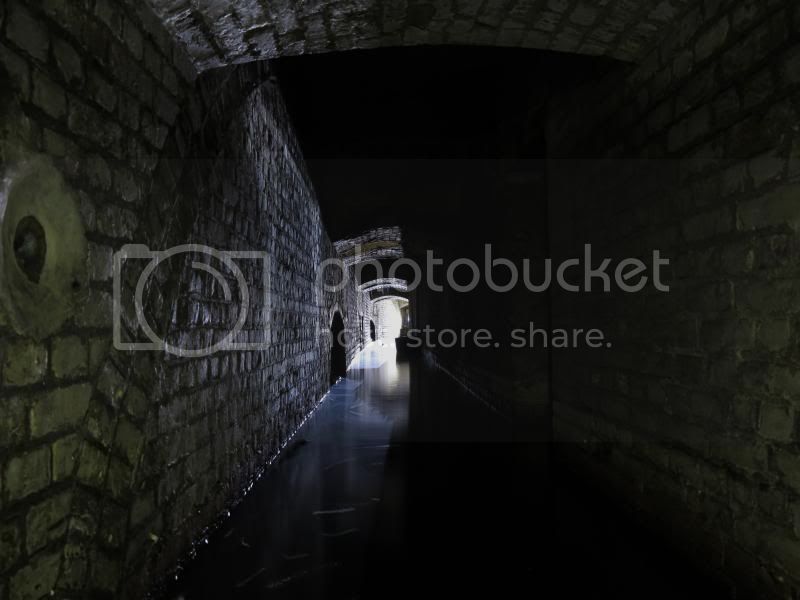 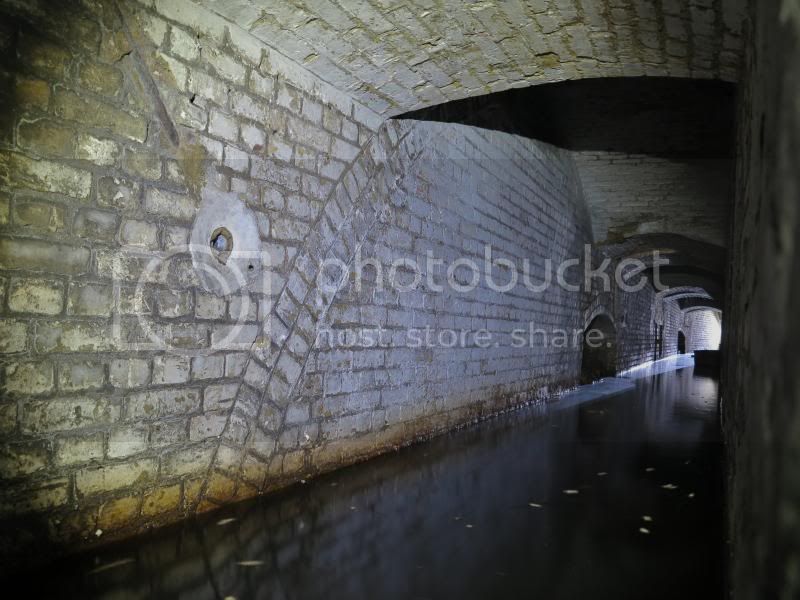 A large magazine, there were lots of these 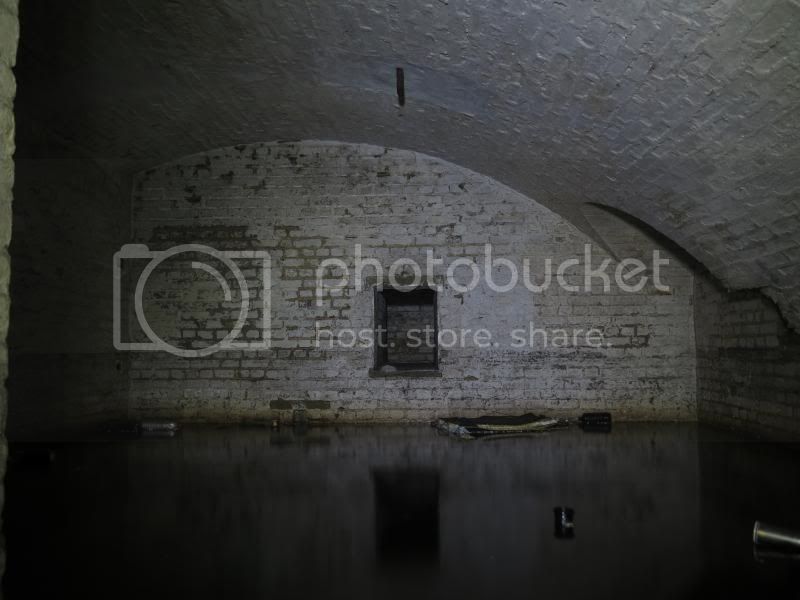 side passage to a magazine 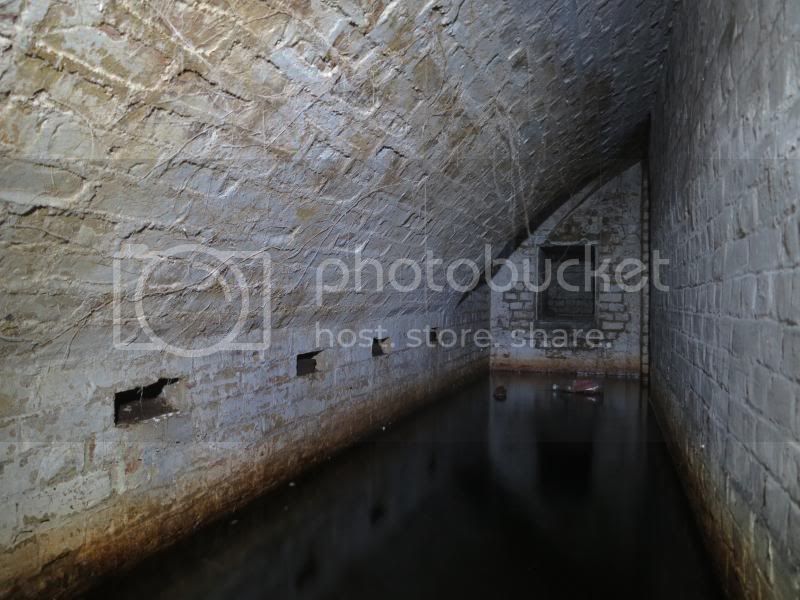 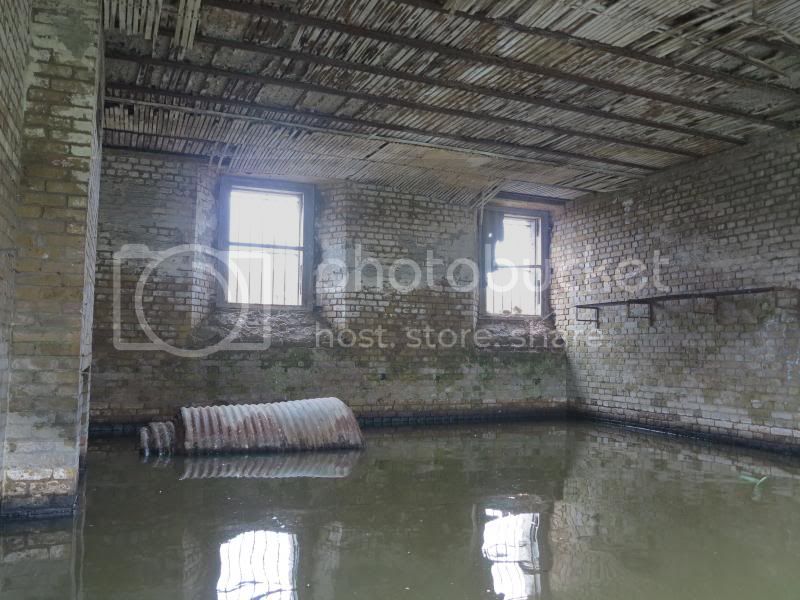 The Easterly section, this was the deepest water. This picture shows the ramp down into it 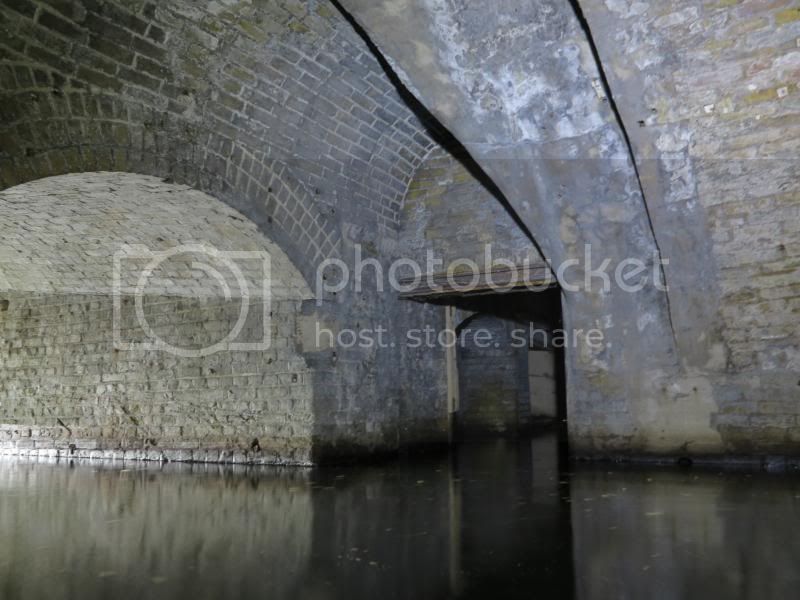 Underneath the Brennan torpedo sighting structure 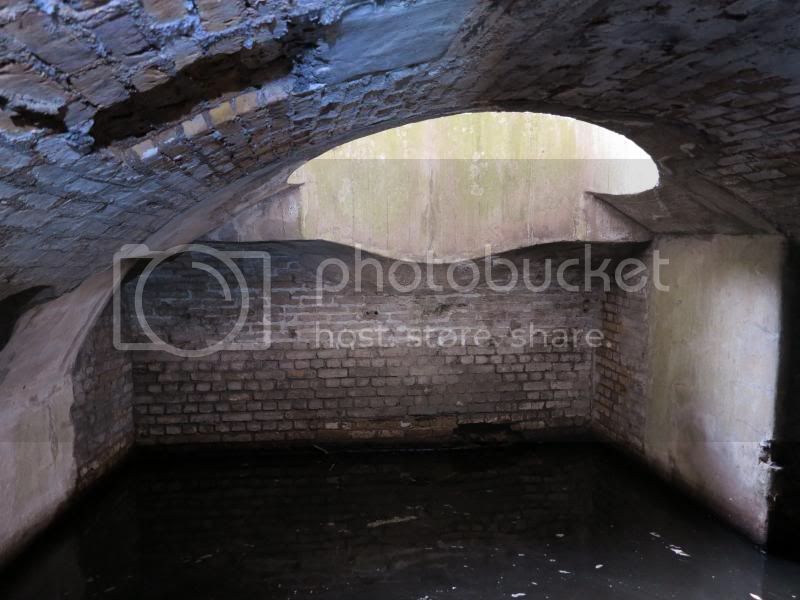 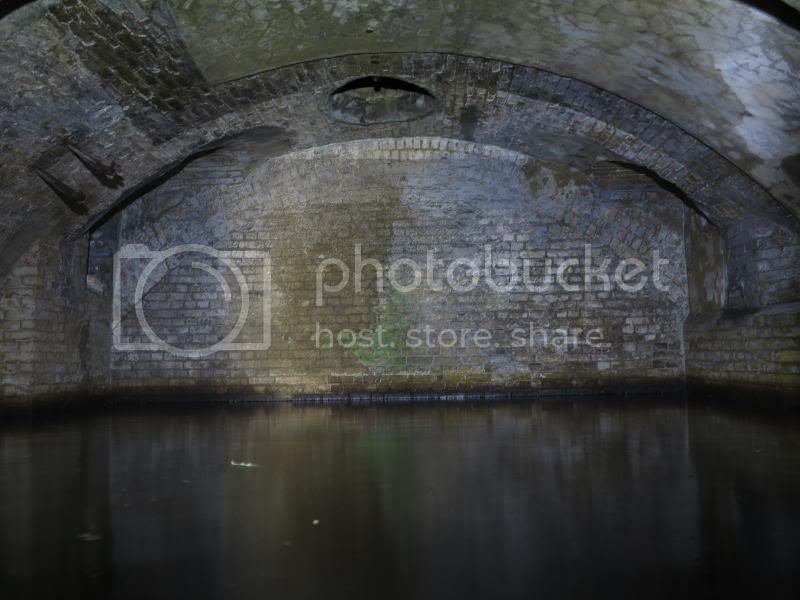 This was the deepest the water got, my tripod was at full height and there wasnt much of it left above water. 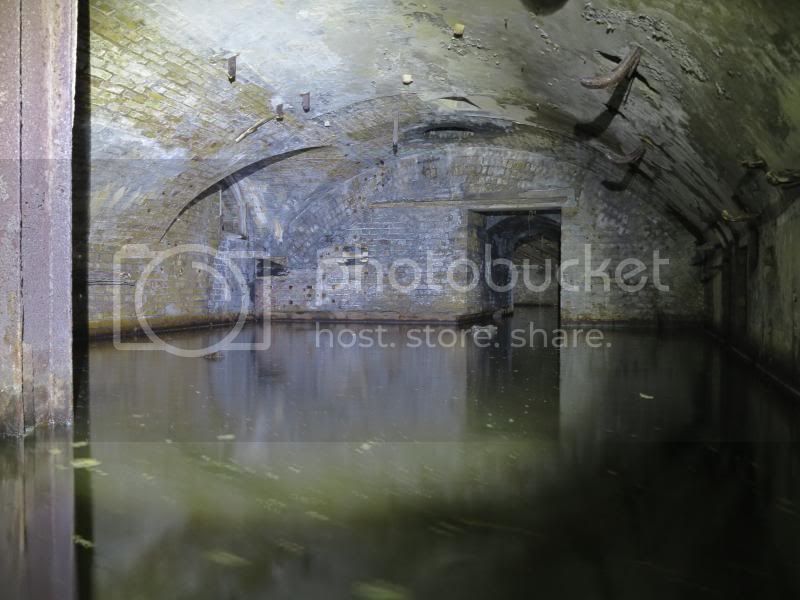 This room looked like a later addition and had a sloping ceiling. I later found out it was the servicing and loading room for the Torpedo launcher. The blocked up slit in the roof was for hoisting the torpedoes out and the sloping ceiling follows the same line as the launching slipway on the riverbank. 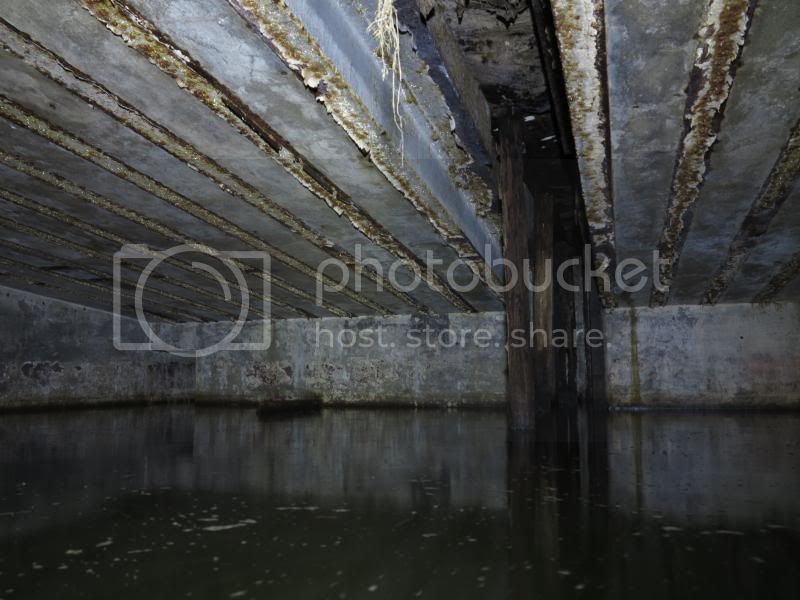 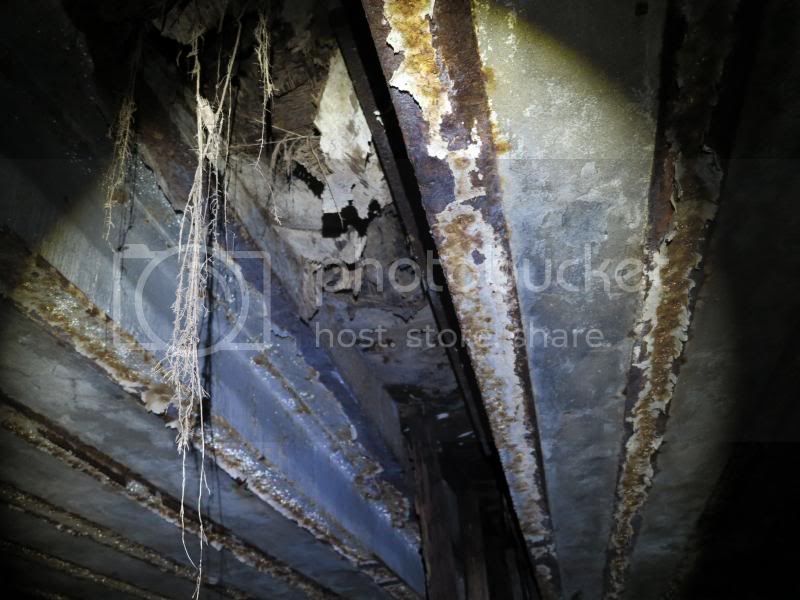 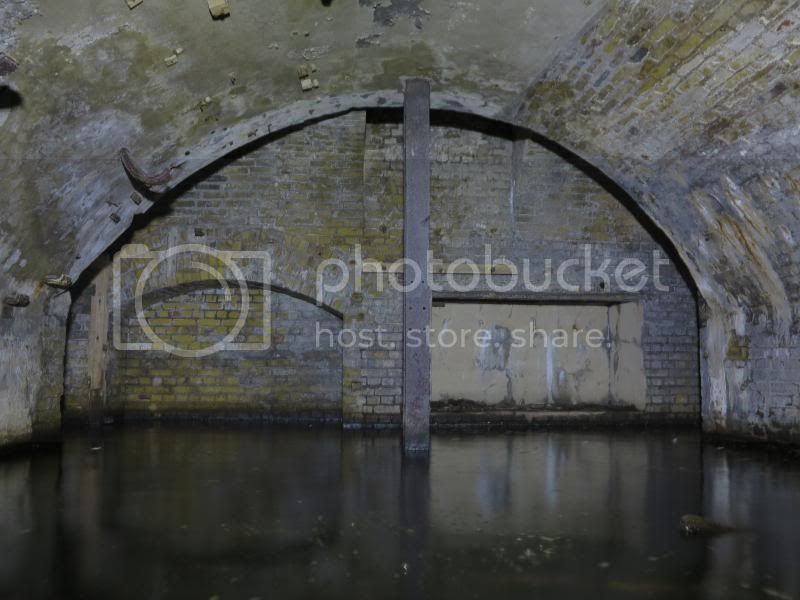 It was good to get some fresh air after breathing the stench! My waders also stunk despite hosing them down twice
F

That looked like a wet but really interesting explore.Superb photos and thanks for sharing.

Great work! Thank you for posting.

Brilliant! I went recently with no waders so was confined to the roof. Looks brilliant inside, I don't think I'd want to be in there for long though with that stinky air.
Nice one!

Its well worth a go but the air was very nasty! Difficult to describe the actual smell im sure its not good for breathing in!
J

Takes cojones to go in a place like that. Big Thank-you. Jim

When i last went there, years and years ago. She wasn't flooded and it was a great explore, but then i was a lot younger and no camera... Would love to go back and see the old girl

That looks cold and wet, but super atmospheric. Must have been a really fun explore - congrats for pressing on despite the stink!

At least the smell and water keeps the local stick wielding swamp chavs out of that part!

Great photos but rather you than me on this one

What a great explore, really well done yeh.
You must log in or register to reply here.