Yes I’m a bit late to the party, again. Story of my life, eh. But we were in the area anyway and I couldn’t just drive past those famous gates without popping my head in and having a look, could I!? 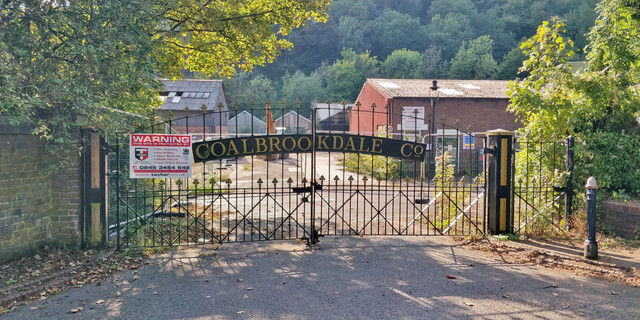 Even today, this place is quite majestic. It certainly made the hairs on the back of my neck stand up when I stopped and thought about the history here; the YEARS (Over 300!) of industry, and the sadness of how it all came to an end.


Coalbrookdale sits in a valley of the River Severn in Shropshire, has a long history of metal working. The Caldebroke Smithy existed here in the 12th century, operated by monks from Much Wenlock Priory.


1536 - A bloomer furnace sits on the site producing iron by smelting small batches of iron ore with charcoal.


In the early 17th century, the estate was owned by Sir Basil Brook who is believed to have had furnaces and ironworks built on the Coalbrookdale site. The cast iron lintel over the oldest surviving blast furnace bears a painted date of 1638.


1651 - The works were leased to a succession of iron founders. From 1688, the lessee was Shadrach Fox, who supplied iron shot and shells to the Board of Ordnance. By April 1703, the furnace he was using had been damaged in an explosion but the forges remained operational.


September 1708 - Foundryman and commercial entrepreneur Abraham Darby (1678-1717) leased a brick semi-derelict Coalbrookdale blast furnace, rebuilt it larger and started smelting iron using a new coke-burning method. His trials worked, and on 10th January 1709, the new furnace had its first blast day. With a taller chamber inside the furnace and strong bellows to provide the air blast, the smelting temperature was higher, resulting in larger quantities of fully liquid iron, which flowed easily into the moulds. His cast iron pots proved far cheaper to produce than brass pans and he realised that this would reduce the country's need for imports, and increase the export potential.


1709 - Darby established the Coalbrookdale Company and in 1714 withdrew from the brass works. He renewed his furnace lease and formed a partnership with John Chamberlain and Thomas Baylies (1687-1756). In 1715, the output of the foundry was 81 tonnes.

A second blast furnace was built in around 1715, and operational by 1718. The two furnaces, fired by coke, produced pig iron for foundry work.


1717 – Darby sadly passes. The Coalbrookdale Company was owned by a partnership led by Thomas Goldney II (1664-1731) and managed by Richard Ford. The company produced mainly cast iron goods, using iron from the two blast furnaces and from melting pig iron in air furnaces.


1728 - Darby’s son Abraham Darby II (1711-63) joined the business, becoming eligible for a share of the profits in 1732 and a full partner in 1738. He proved as innovative as his father. In the 1730s, he devised a way to produce coke pig iron suitable for making wrought or bar iron in charcoal finery forges — a process sometimes known as potting and stamping.


1742 - Darby II installed a steam engine to re-circulate the water powering the ironworks’ waterwheels, so the blast furnaces would not have to stop operating during water shortages.


1763 - Darby II sadly passes and Reynolds managed the company. Under his leadership the Coalbrookdale Foundry became the most important in England, carrying out work now recognised as milestones of the Industrial Revolution. Engine parts were cast for James Brindley (1716-72), James Watt (1736-1819) and Boulton & Watt, among others.


1767 - The foundry produced rails for the first cast iron tramways in the country, and later for railways. The company replaced their own timber rail network with cast iron, laying 813 tonnes of rails between Ketley, Horsehay and Coalbrookdale, between 1768 and 1771.


1768 - 18-year-old Abraham Darby III (1750-89) became a partner in the Coalbrookdale Company. Reynolds remained associated with the company and continued to improve the works.


1795 - The company manufactured the structural ironwork for Thomas Telford's Buildwas Bridge, some 3km west of the original iron bridge. Advances in technology meant it required only 181 tonnes of cast iron for a span of 39.6m.


1802 - The Coalbrookdale Foundry made the boiler and parts for Richard Trevithick's high pressure steam engine. At the same time, Trevithick was probably developing and trialling a locomotive that ran on the iron rails at the works, as detailed in a drawing of 1803 — a full size replica of the locomotive is on display at Blist Hill Museum in Ironbridge.


Between 1818 and 1822 - Closure of the works was considered, and the Coalbrookdale blast furnaces were shut down. The forges remained in use.


By the time of the Great Exhibition in 1851, the ironworks were the largest in the world with an output of 2,032 tonnes a week. The ornamental gates the foundry made for London’s Crystal Palace were later re-positioned in Hyde Park, where they remain. At that time, the foundry employed 3,000-4,000 men and boys at Coalbrookdale and Horsehay.


1930 - The Coalbrookdale works were converted to electric power. To increase output and the variety of castings produced, the first completely mechanised moulding and sand conditioning plant in Britain was installed. New buildings were erected over the infilled Upper Forge pool.


1935 - Lightmoor Brickworks was sold. In 1945-6, the company designed and began manufacturing new types of cast iron fire grate and the Rayburn cooker.


1986 - 1,550 hectares of the Ironbridge Gorge was designated a UNESCO World Heritage Site. The small museum near the furnace was expanded to cover more of the works site, re-opening as the Coalbrookdale Museum of Iron in 2017, when the remaining site closed its gates for the final time.


An interesting side note (Stolen from The Amateur Wanderer, with thanks) the factories were used during the second world war; from 1942 onwards the factory was commissioned to produce wings for the Royal Air Force's brand new Aircraft the Avro Lancaster Bomber. 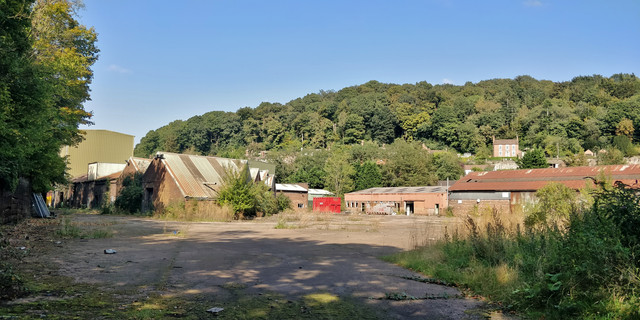 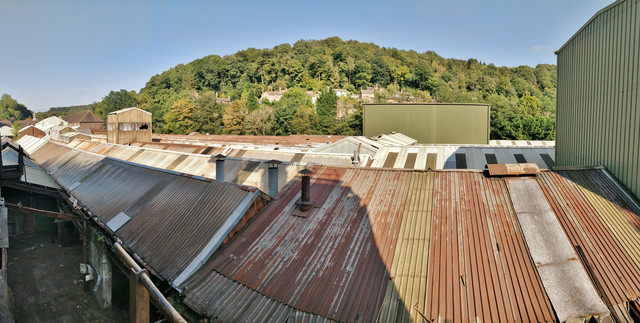 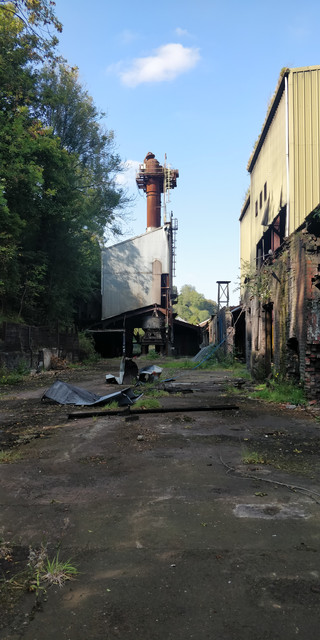 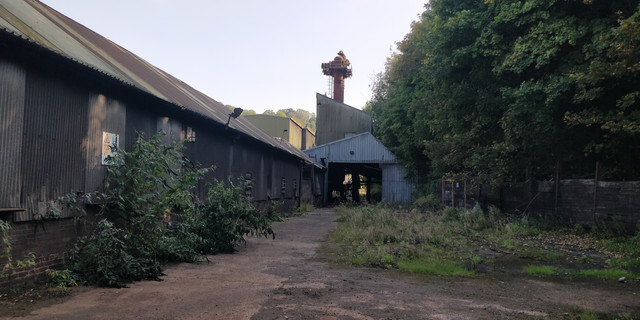 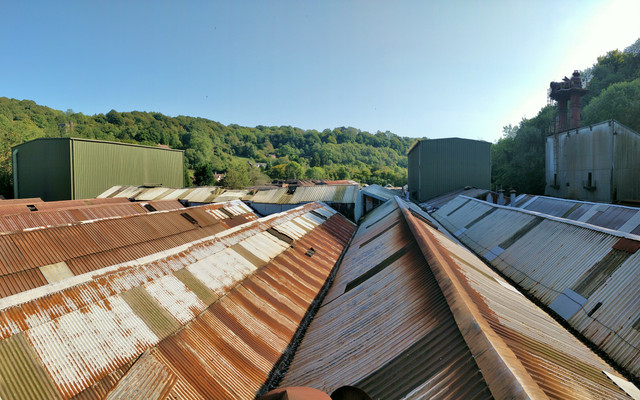 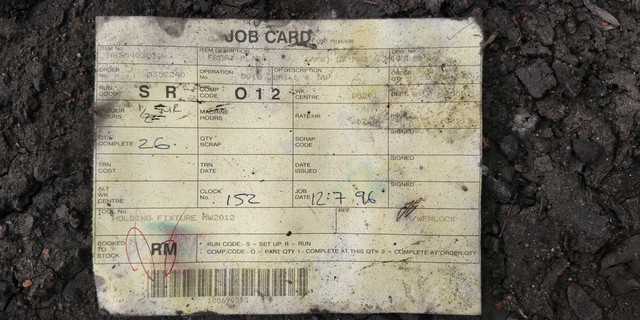 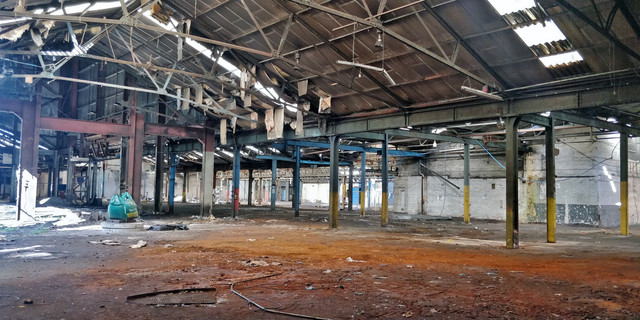 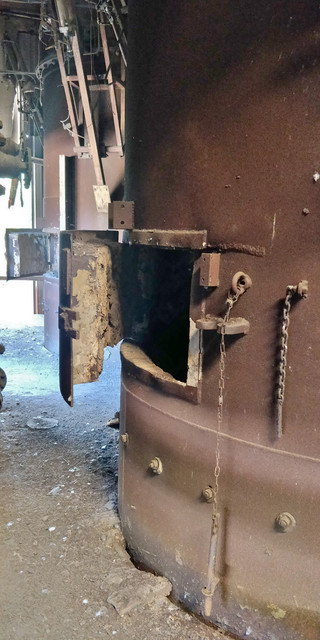 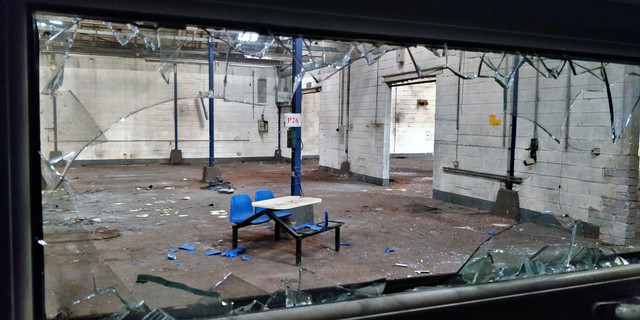 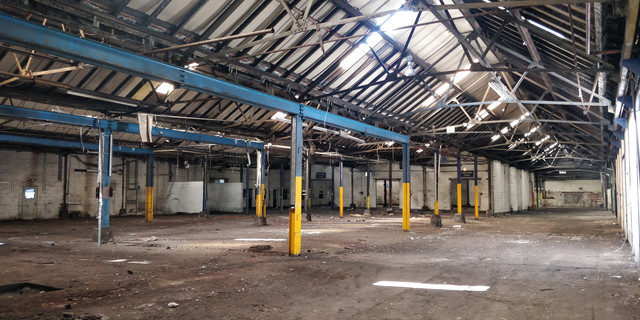 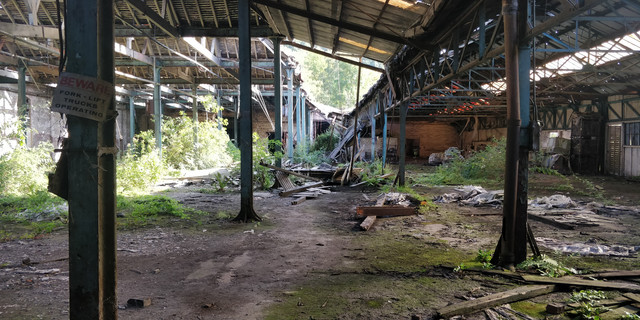 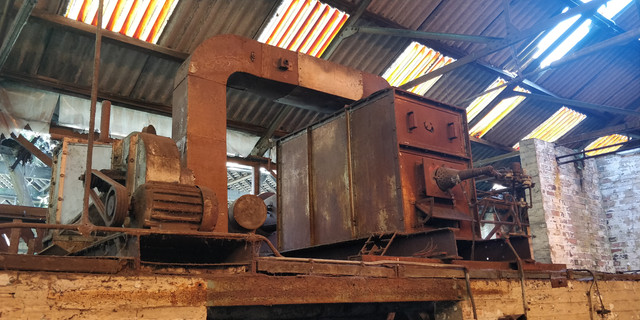 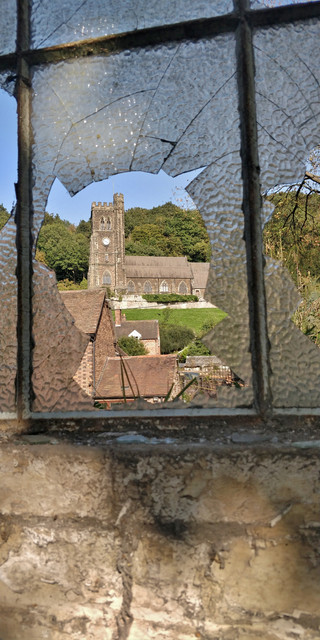 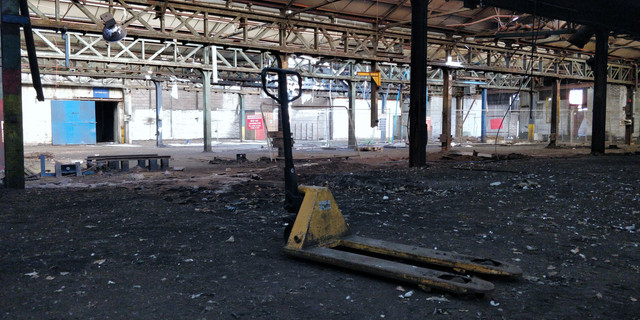 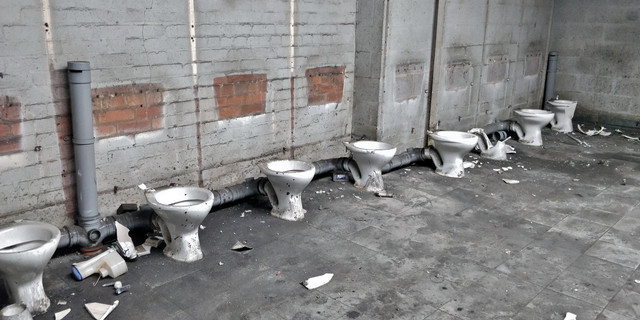 Needless to say, I took this picture quite quickly... Didn’t want to hang around here too long!

It'll be a very sad day, the day they flatten this place.

Still looks worth a poke around. The wonky steel column in the last pic is fairly slender so probably isn't taking much load from above, but you never know…
F

wolfism said:
Still looks worth a poke around. The wonky steel column in the last pic is fairly slender so probably isn't taking much load from above, but you never know…
Click to expand...

I wasn't going to stick around to find out!

wolfism said:
Still looks worth a poke around. The wonky steel column in the last pic is fairly slender so probably isn't taking much load from above, but you never know…
Click to expand...

Looks like its been added to support pipework etc. Certainly not a main portal column.
The portal frame will span & stand on its own regardless of any intermediate columns, with the exception of a gable end if this is a "gable frame" set up.

sorry I spend most my life drawing the damn things lol!

I feel your pain, a few years back I designed fabrication sheds with a 35m span mansard portal, thankfully I didn't have to engineer them… This one looks like a more conventional sway frame with roof trusses, rather than rafters with portal haunches. Interesting stuff though.
You must log in or register to reply here.