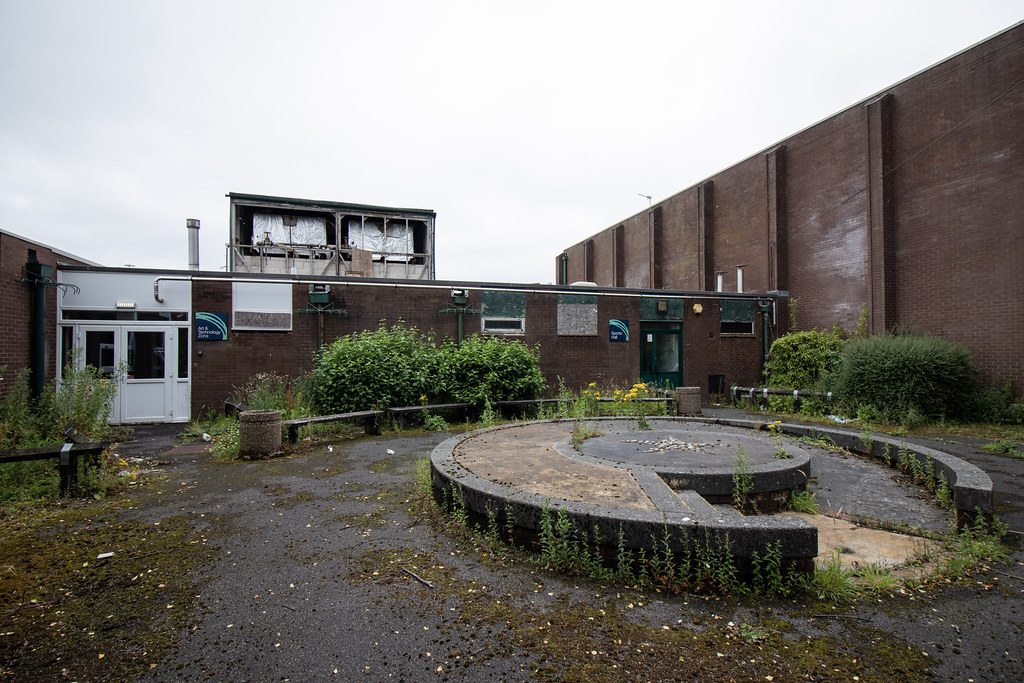 Collective Spirit Free School was a school that catered for children aged 11-16. It was built to hold 400 students, however only 243 students attended once the school opened in September 2013 on the old site of South Chadderton School. In 2012 South Chadderton School joined with Kaskenmoor School which then became Oasis Academy Oldham. After this merge, the school was re-located allowing Collective Spirit to be formed. The opening of the school was said to be controversial as it was the first free school in the Borough of Oldham. The opening also caused further controversy due to the land that the school is situated on is "prime development land" and worth an estimated £1.1 million. Many people thought that 'giving' the school the land was a lost opportunity to sell the land to a developer. Ofsted have a timeline of the school's life and inspections that were carried out. A full inspection took place in May 2016 and Ofsted ruled all areas to be inadequate which is the worst rating the board can give. A monitoring visit later took place in November 2016 before it closed the following year in August. A local MP called for the school to be closed after the Ofsted report and went ahead to say: "students weren't being given an acceptable standard of education and that students felt unsafe due to bullying and fighting". He further stated it was one of the "most damming" Ofsted reports he'd ever seen. Since then the site has been left abandoned. After a bit of digging, it appears a report was written on South Chadderton School in 2013 in the gap where the previous schools vacated and Collective Spirit was getting ready to become a reality. It is fair to say a bit has changed this then.

Jtza caught wind of this school and although it was a while ago now, I'm pretty sure we were bored one day and turned up for a scout. Everything went well and we found our way inside quickly. We revisited the site a month or so later to notice differences in vandalism as well as the introduction of a dog van. I've heard that it's been demolished now in the run up to development, but I can't confirm. With the power and clean setting, it made for an enjoyable walk around, most particularly in the gymnasium which contained a lot of fun sports equipment. 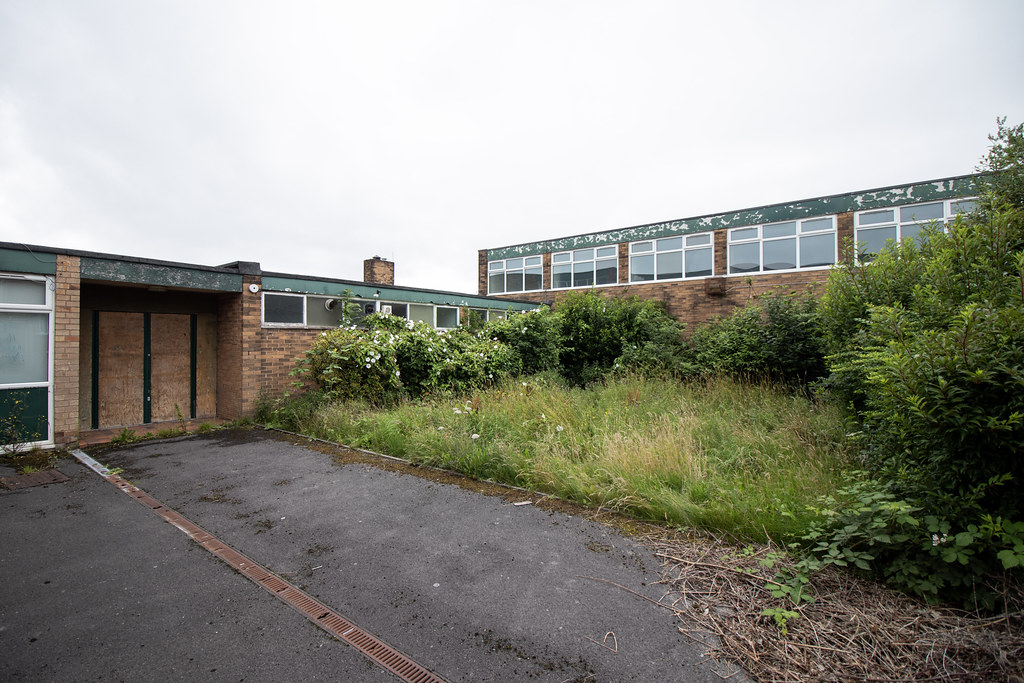 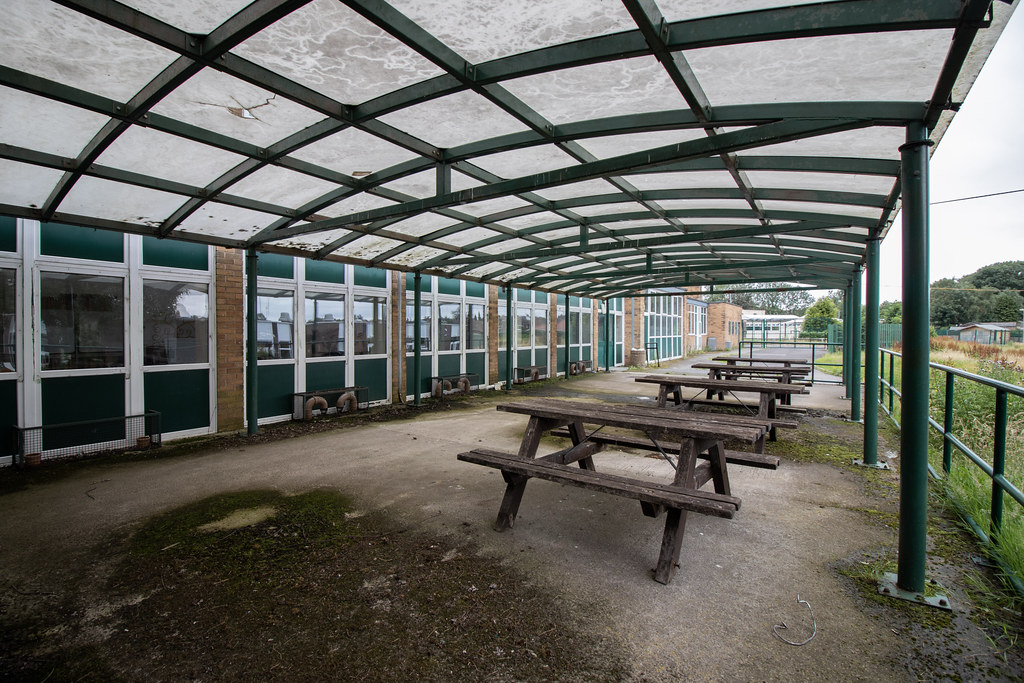 Outside seating next to the canteen. 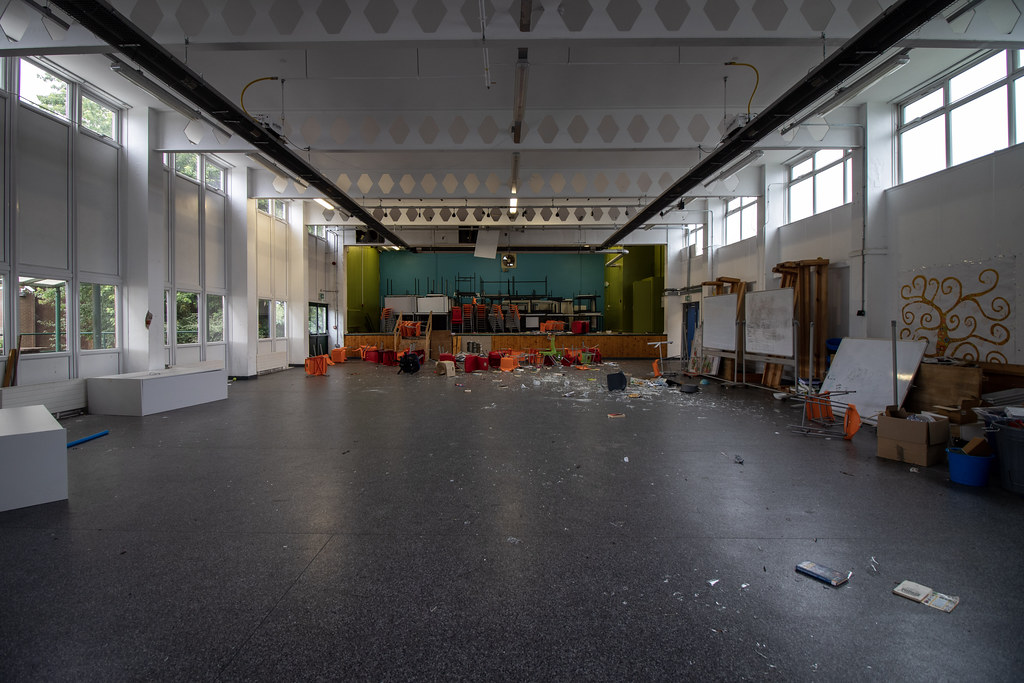 Main hall - where most of the trashing took place. The first time we visited, the floor was immaculate, chairs were neatly stacked and to the side. 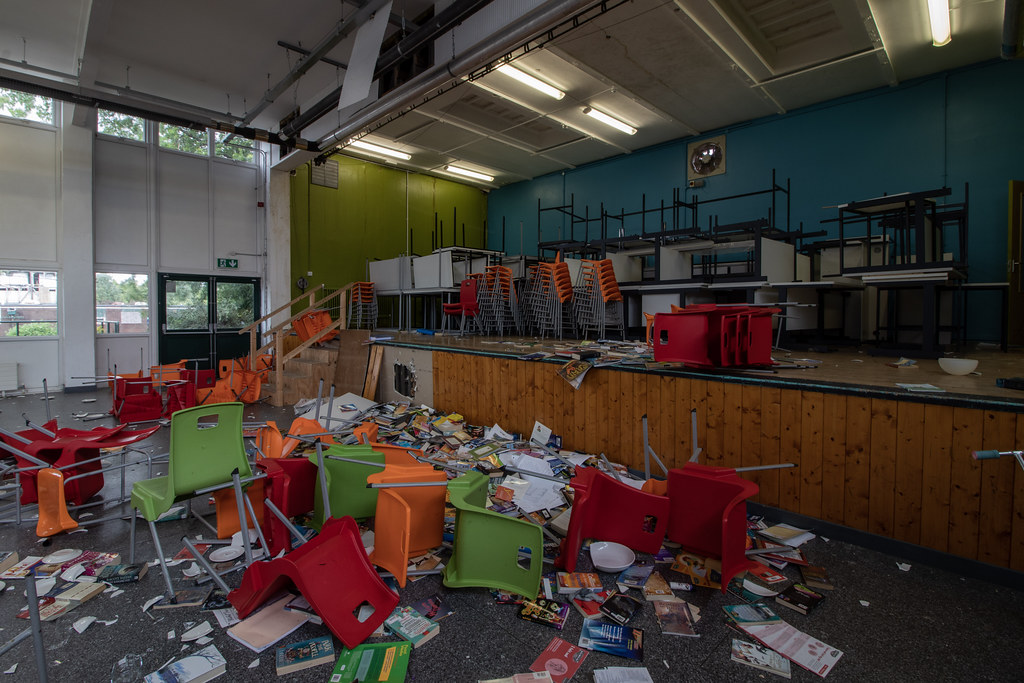 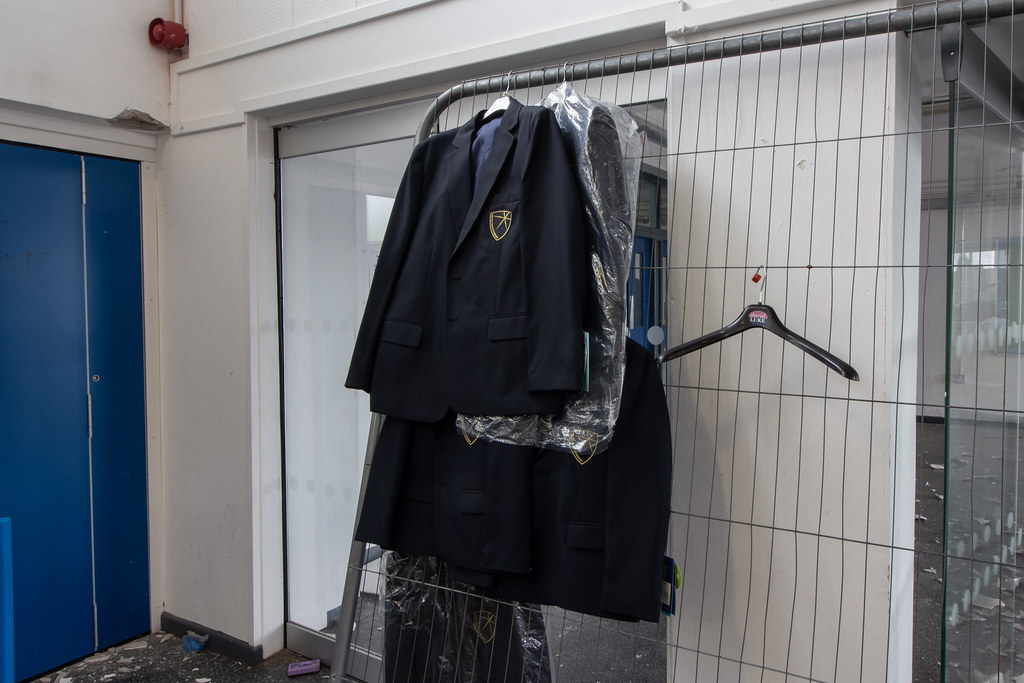 A packaged blazer hung up in the main hall. 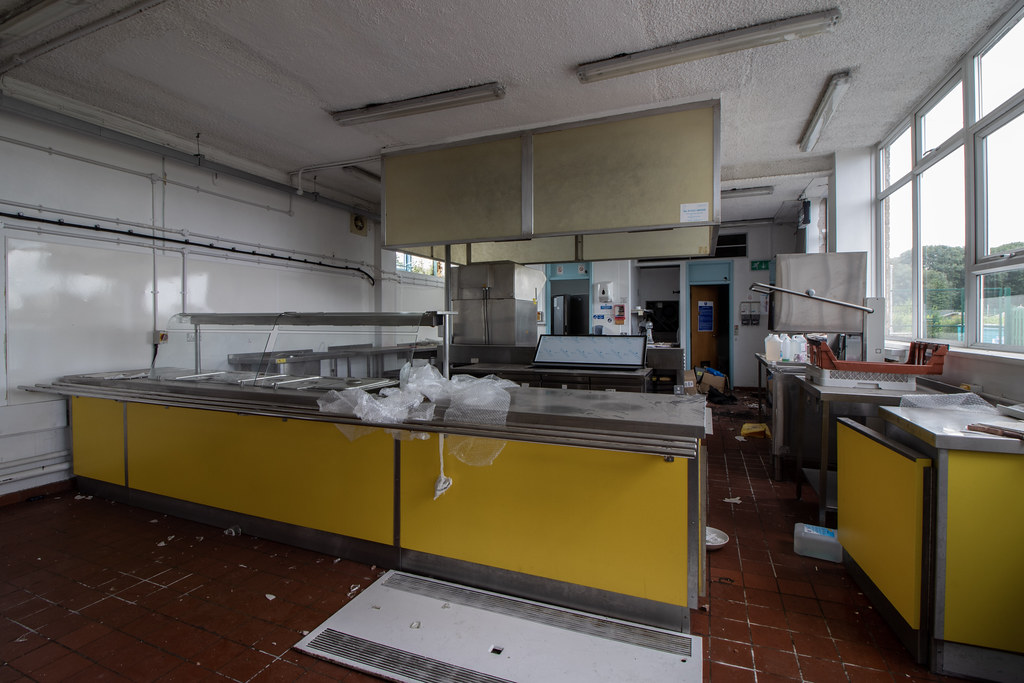 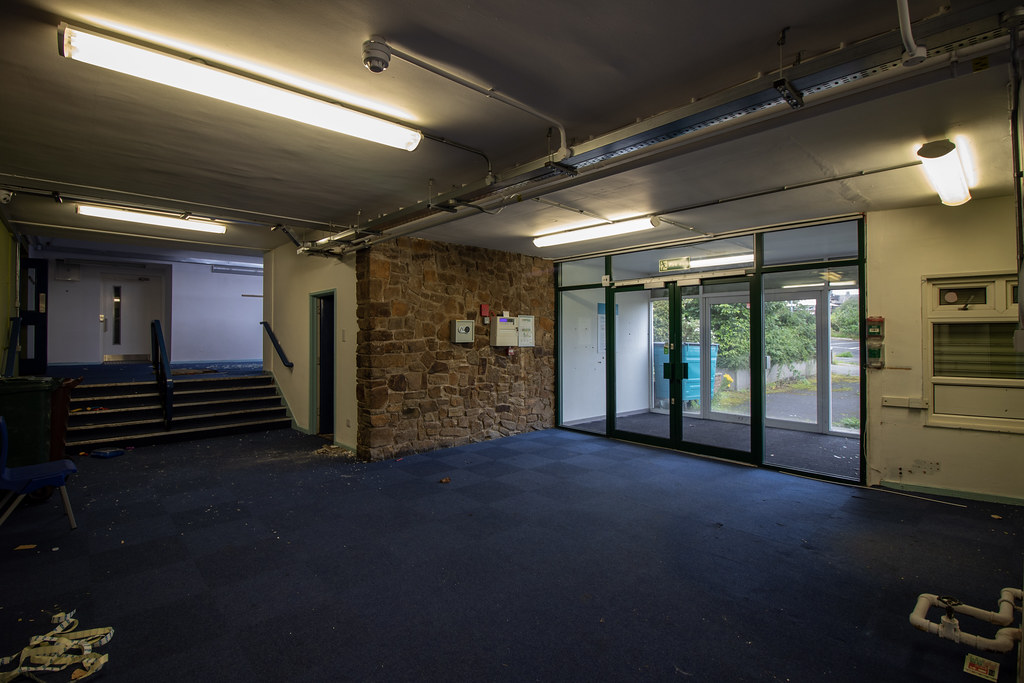 Moving towards reception and the many classrooms. 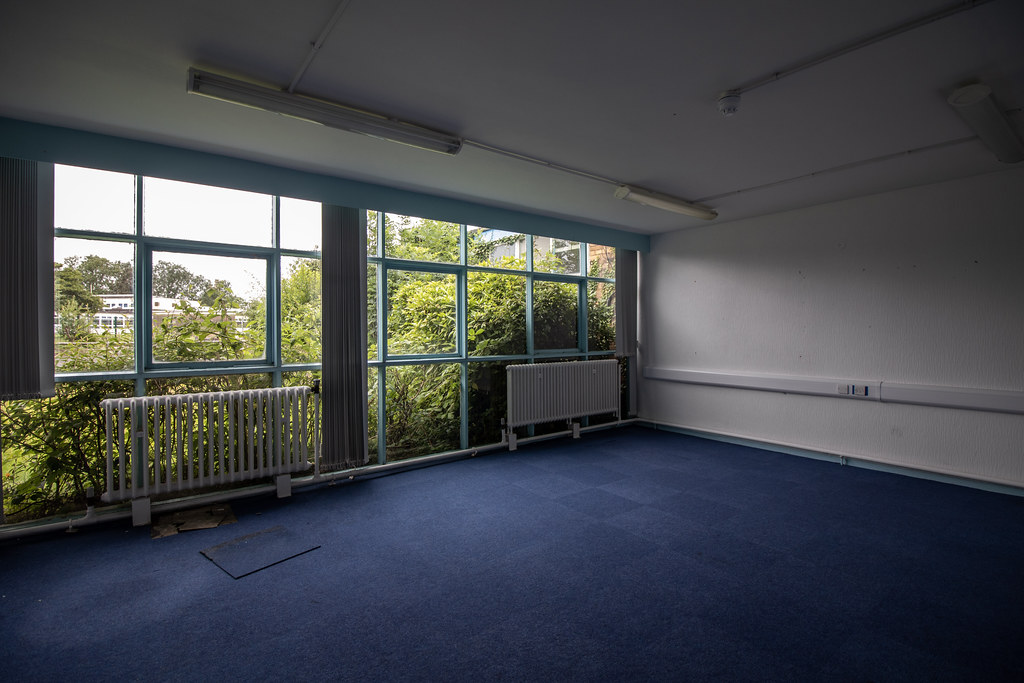 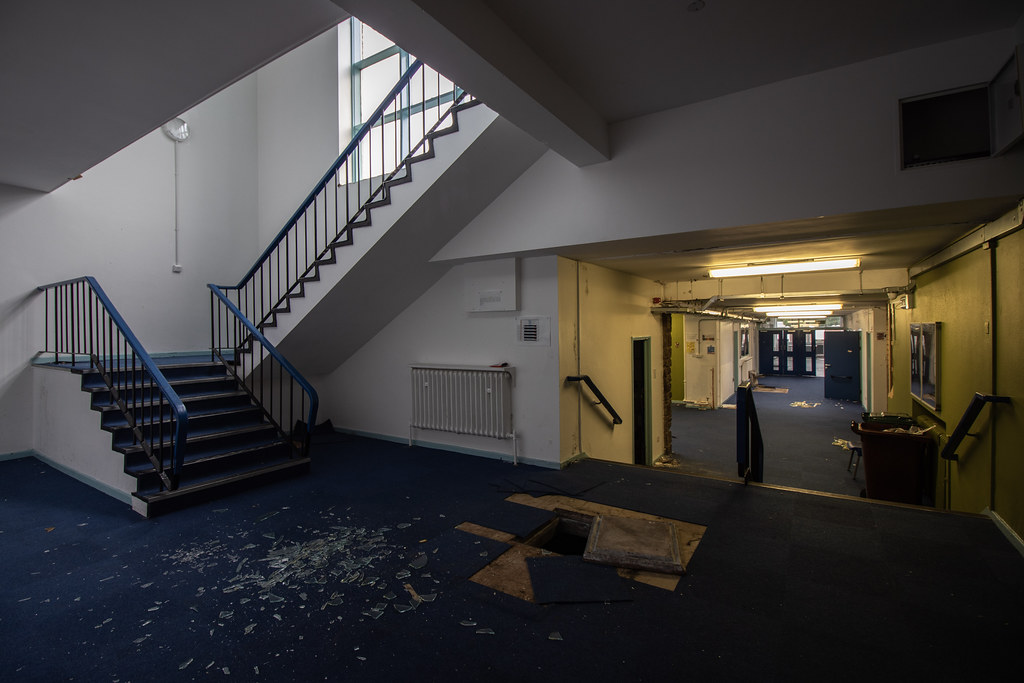 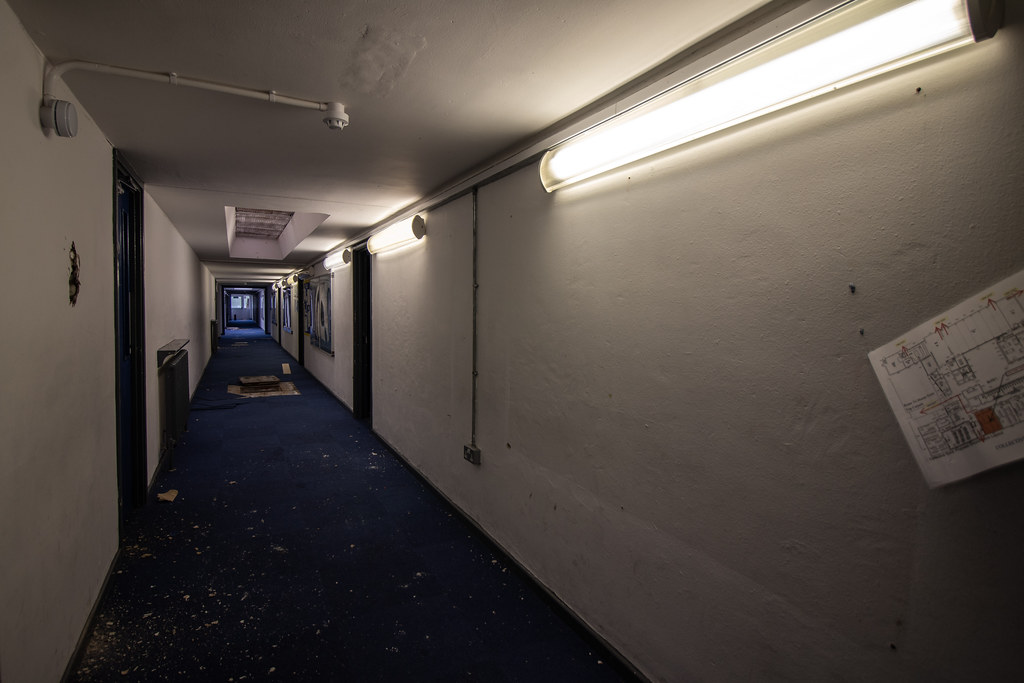 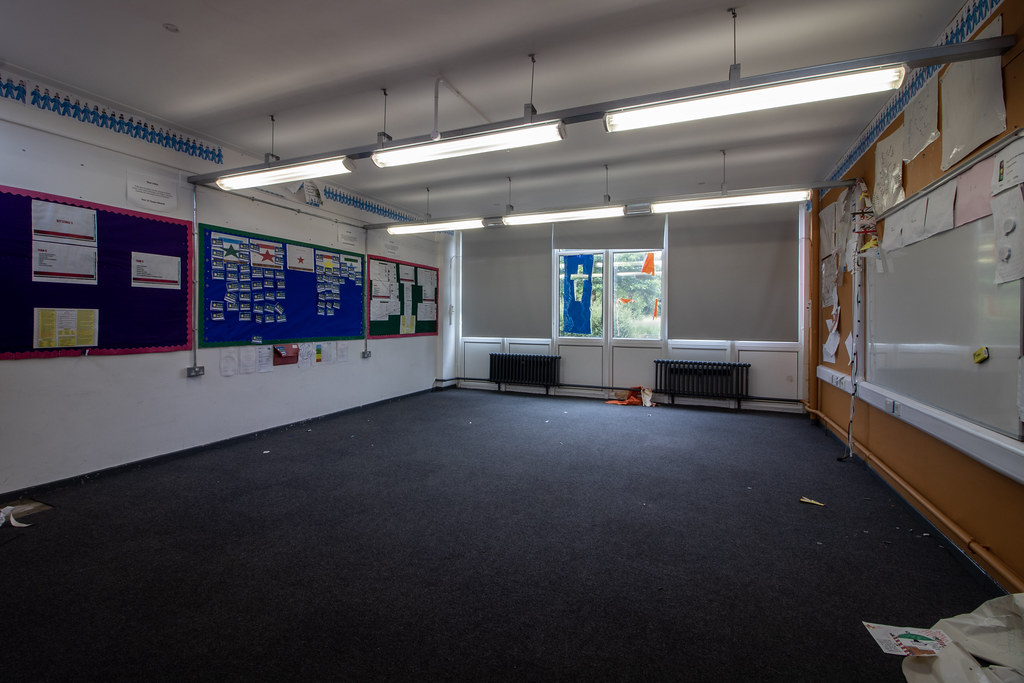 An example of a classroom. 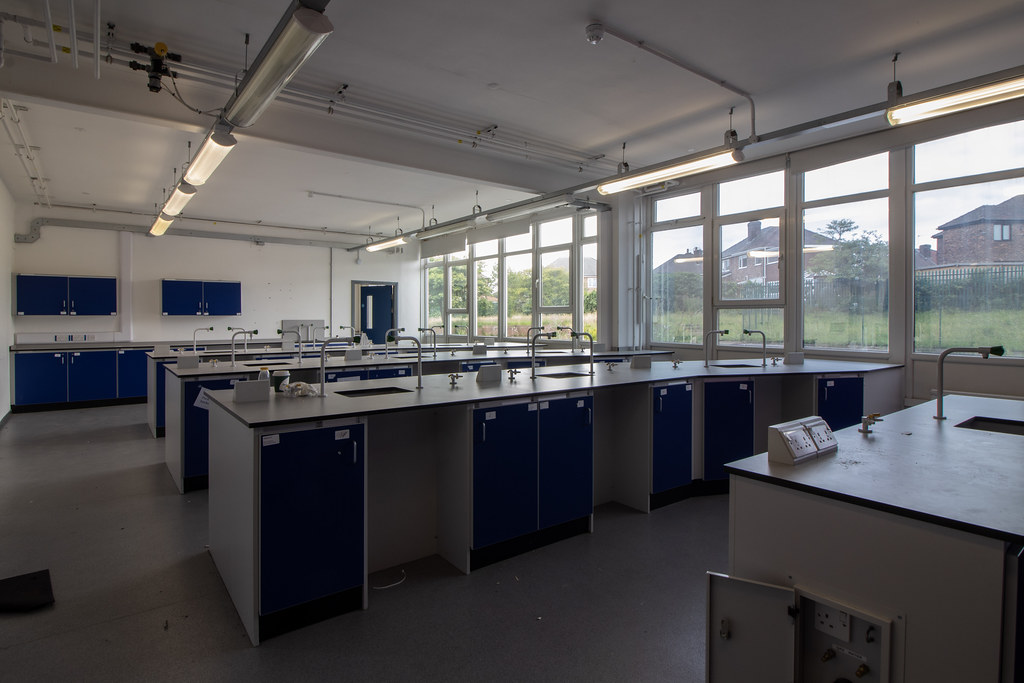 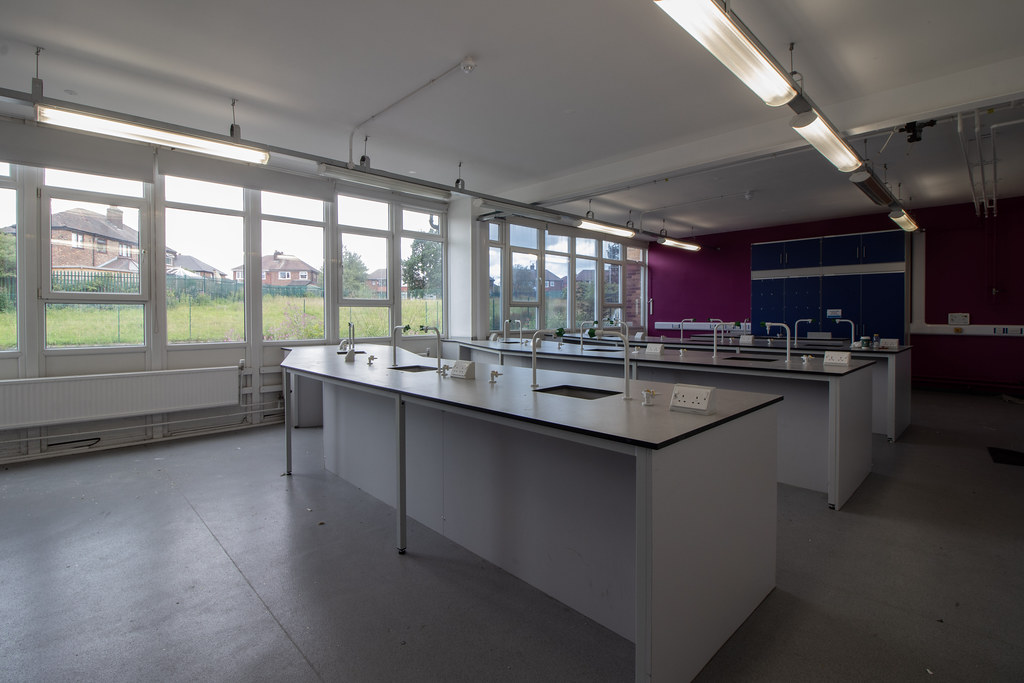 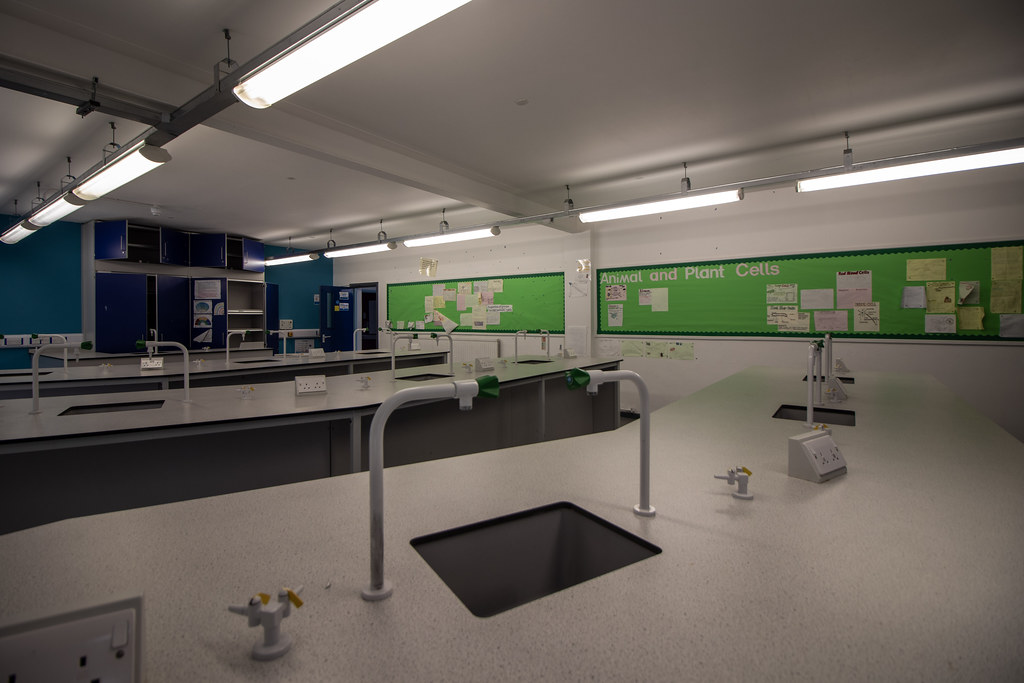 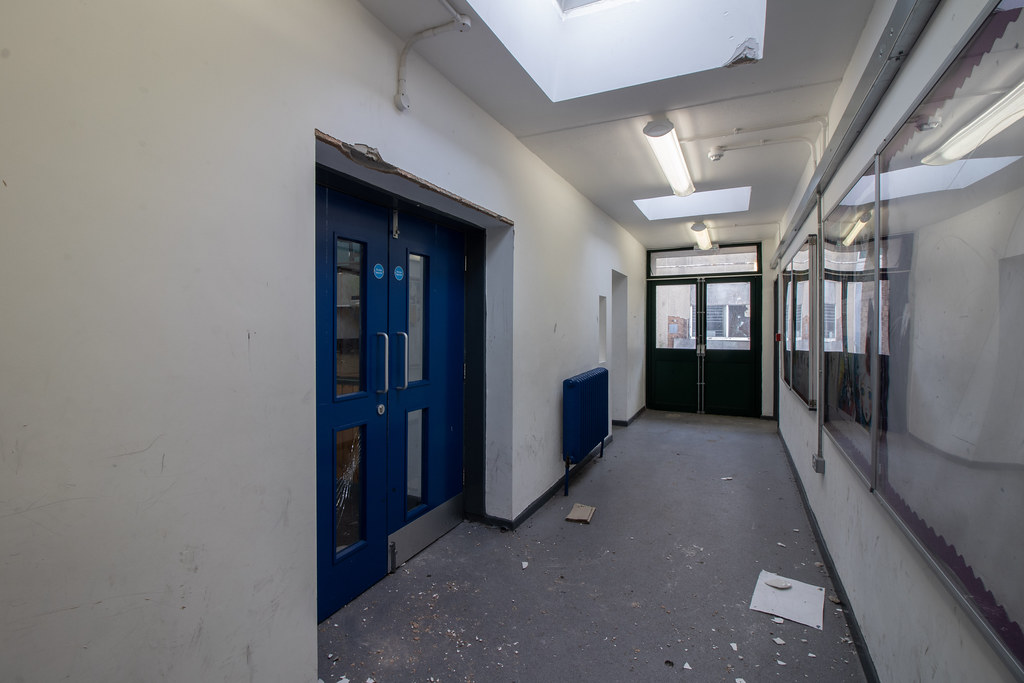 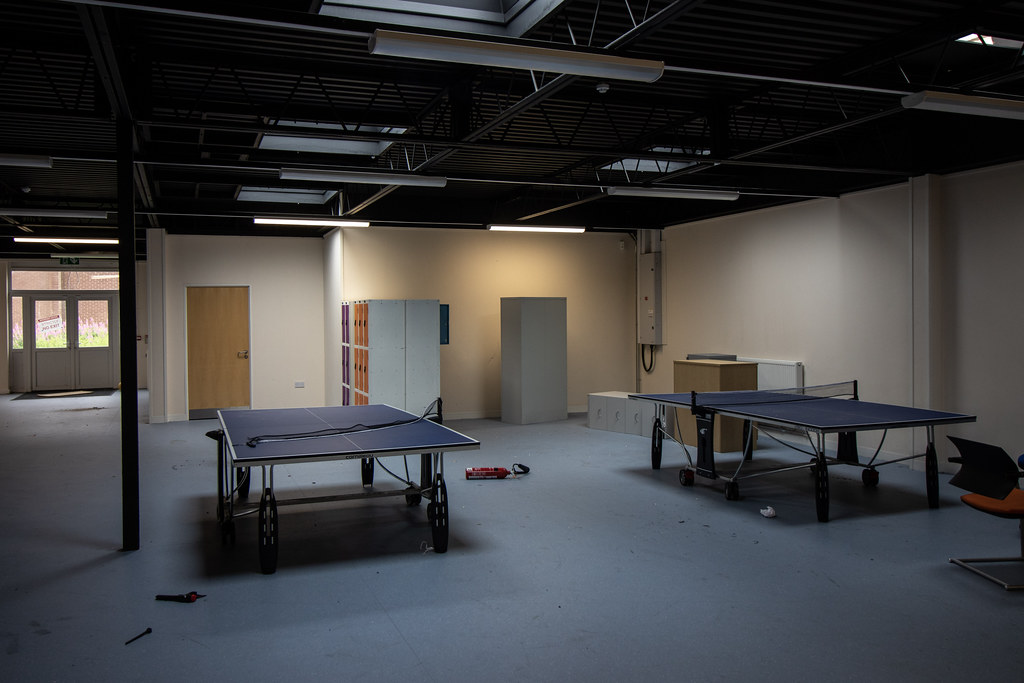 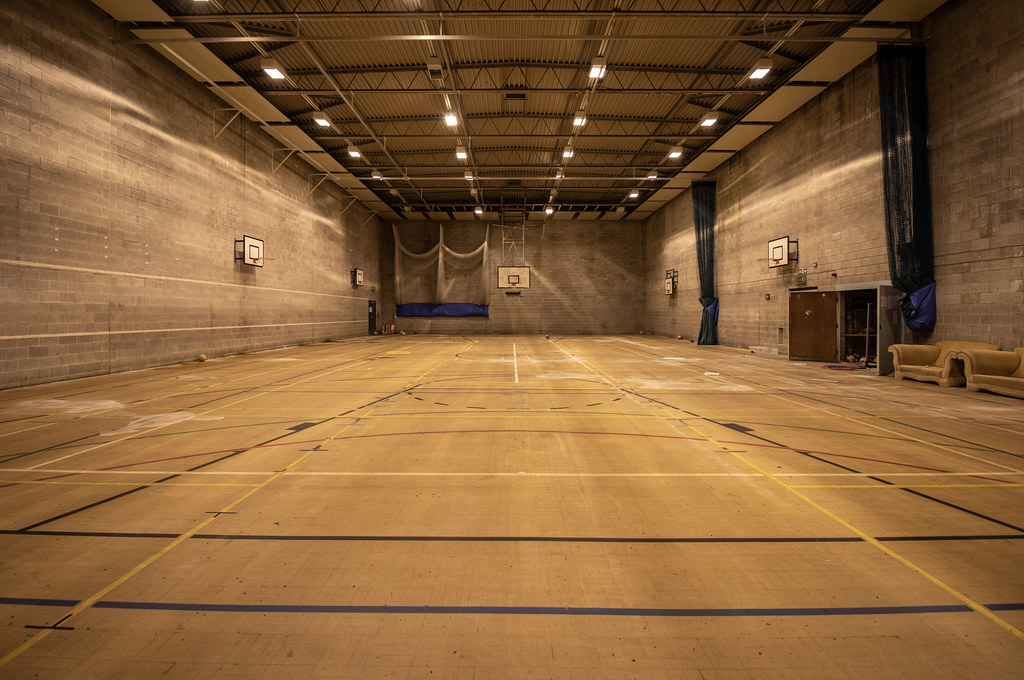 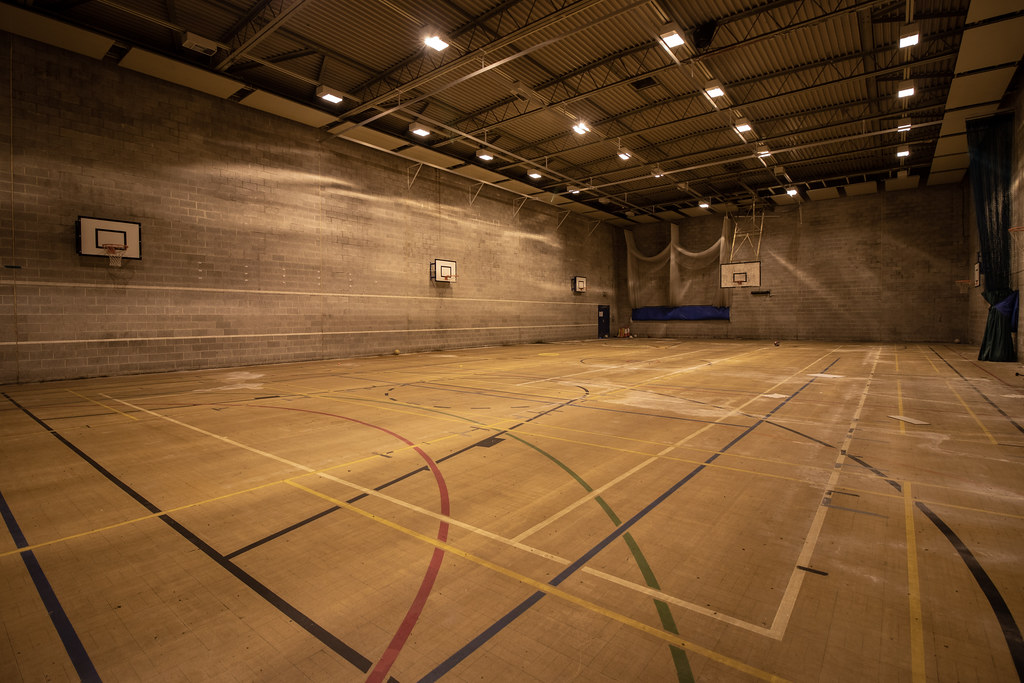 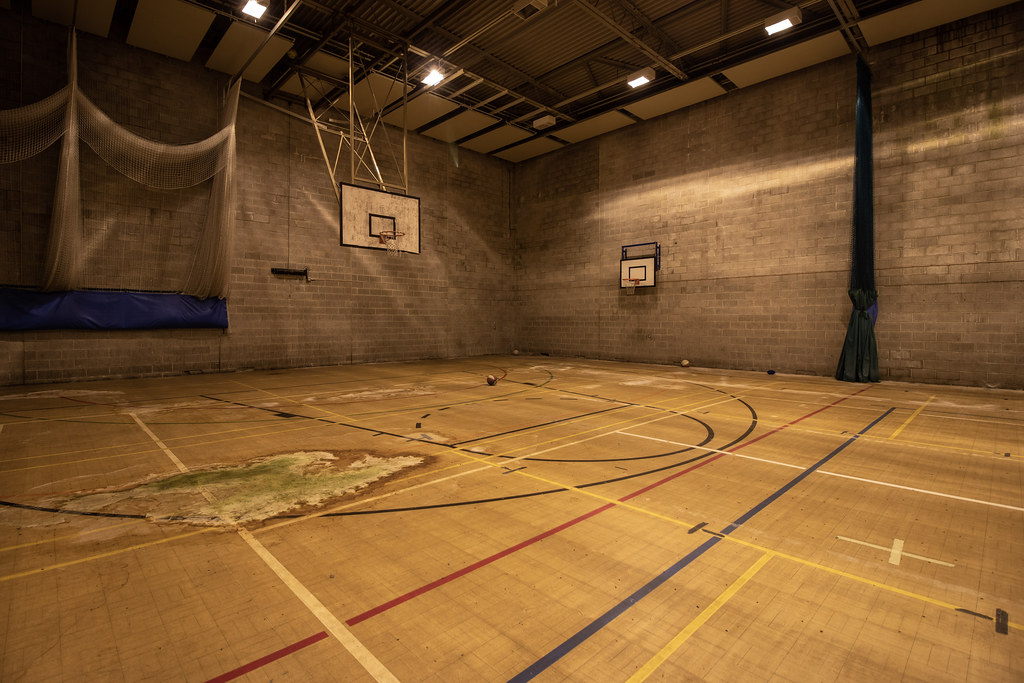 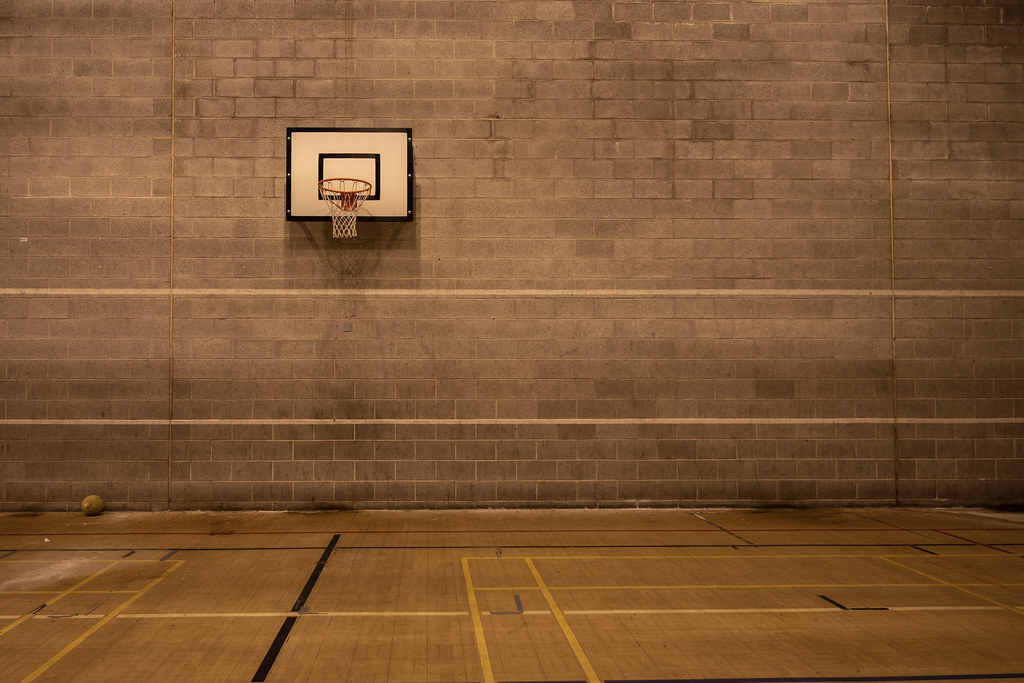 Here is the link to our documentary styled video filmed at the school. We cover the building's past, present and future through cinematics and narration:

Thanks for reading ​
W

Nice little mooch thanks for sharing

Not a word as to who paid for this very bland set of buildings to be thrown up - sorry, lovingly constructed - in the first place. And what a dreamy name: "Collective Spirit"!!!

What a shame the 'developer (what a sham word that is) didn't get his hands on this piece of land, to put up an equally bland housing estate.

This from the Manchester Evening News:

"Collective Spirit, which opened in 2013, was set up by former charity boss Raja Miah [no mention of what charity, but acually Peacemaker, a charity he co-founded, and £700,000 was paid out to a firm owned by Miah. Together two schools paid £556,848 in 2014-15, and £147,105 in 2013-14 to a firm called Collective Community Partnerships UK CIC (CCP), a company set up by the trust’s chief executive, Raja Miah, in 2012. A document filed at Companies House lists him as the only shareholder.] on the site of the old South Chadderton School.

(Image: Manchester Evening News)
It was the subject of an M.E.N investigation last year, which revealed concerns over “catastrophic” failures in education, inedible lunches and questions over the financial management of its chain, which also runs the failing Manchester Creative Studio in Manchester.

Ofsted had placed Collective Spirit in special measures after rating it inadequate in its first report, described by MP and long-standing critic Jim McMahon as the most damning he’d ever seen.

The school was run by the Collective Spirit Multi-Academy Trust, whose board was disbanded in May to be replaced with a new one.

Its new chair Martin Shevill said: “In the last couple of months we have spent significant time in the school reviewing every aspect of how it operates and is run. END OF Manchester Evening News quote.

One more chapter in our failed quasi-state education system. Oh to build a Grammar School on the site!