Visited with a friend, nice and early. Lovely, quiet explore in what turned out to be a well preserved site

The sale price of Market Harborough’s Cottage Hospital site (£1.35 million) was confirmed by the NHS. And alongside the news was the oft-repeated phrase that the developers would “preserve the war memorial”. The memorial in the hospital’s portico is a rare historical record, because it names all 1,655 local people who fought in World War One – not just the people who died. Why is it there? Why is it an addition to the memorial cross on the town’s Square? And why might a better name for it be “Peace Memorial”?

The answer lies in a public meeting held on Thursday, December 12, 1918 in Market Harborough, a month after the Great War ended. From the beginning the town wanted two memorials; a War Memorial to honour the 256 local men who died, and a Peace Memorial that would somehow benefit everyone in the town, and on which the names of all who served in the war were recorded. The War Memorial part was straightforward – a handsome cross in the town’s square was quickly agreed. But it was not until August 1919, after months of discussion, that it was announced that the thanks-offering for Peace would be an extension of the town’s cottage hospital, to include the latest “X-ray electrical treatment”. This was pre-NHS, of course, and money had to be raised locally.

There was a huge fundraising effort. Hundreds of Harborough people contributed directly, and there were money-raising fairs, concerts – and a football match between the fire brigade and St John Ambulance. Plans for the extension were drawn up by the town surveyor, HG Coales. (He also designed Robert Smyth School, the old fire station on Abbey Street, the Settling Rooms and much more). The plans were submitted to the council on September 5, 1922 and approved the very next day. The town wanted this Peace Memorial to benefit the living. The hospital extension did that, with X-ray equipment that was at the cutting edge of medical science. This second town memorial was formally opened on March 13, 1924, complete with its inclusive portico. The whole thing costs a hefty (at the time) £3,600. Work gets underway on new £5.2 million Market Harborough business park It treated everyone in the area – including ex-servicemen, of course. “You would be surprised at what a number of old soldiers we get here” the hospital’s nursing sister said at the time. “It is a real pleasure to me to be able to help them get better of the wounds they received fighting for us.” For 93 years the town used this publically-funded hospital wing, which fulfilled the original brief that the Peace Memorial should be a lasting benefit to the whole town. The portico lists the names of all Harborough sons who served in the war. It was paid for by them and their families; it was used by them. At the building’s grand opening, Sir Arthur Stanley, chairman of the British Red Cross summed up the feeling of the town. He said the hospital was “dedicated to the service of man... in grateful memory of those who had died and all who served in the Great War.” He said the hospital meant that soldiers who died were, through the building they inspired, helping the living in their battle against sickness. “I can imagine nothing more beautiful than these two memorials” he said. “The cross erected to the dead and the hospital which showed that they were not daunted in the fight against pain and suffering.”

Now to be knocked down and turned into a nursing home... 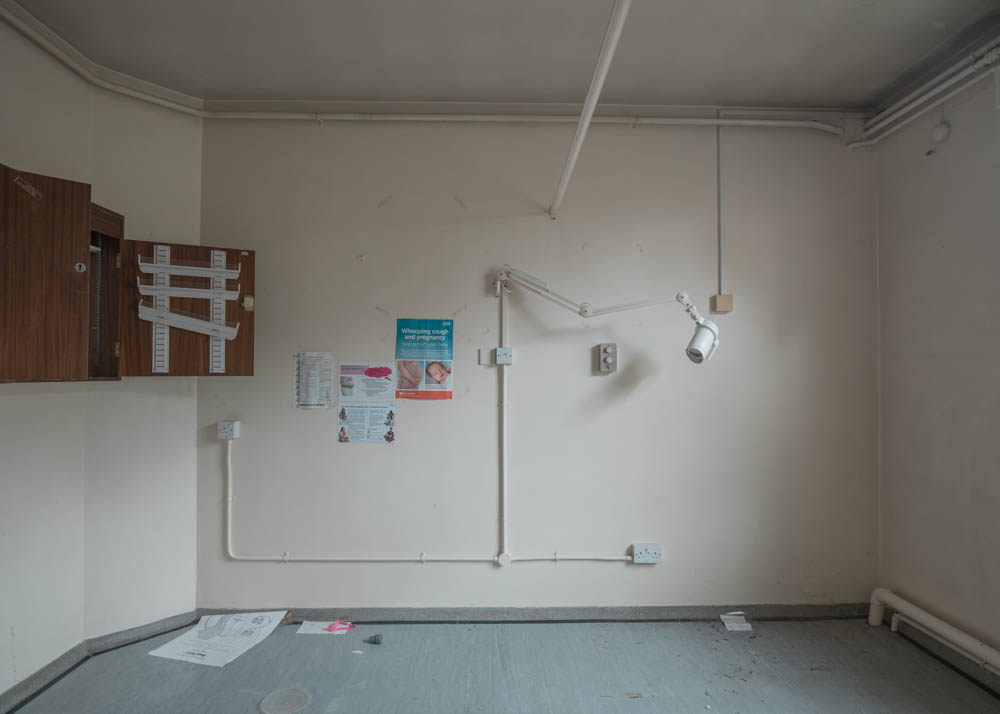 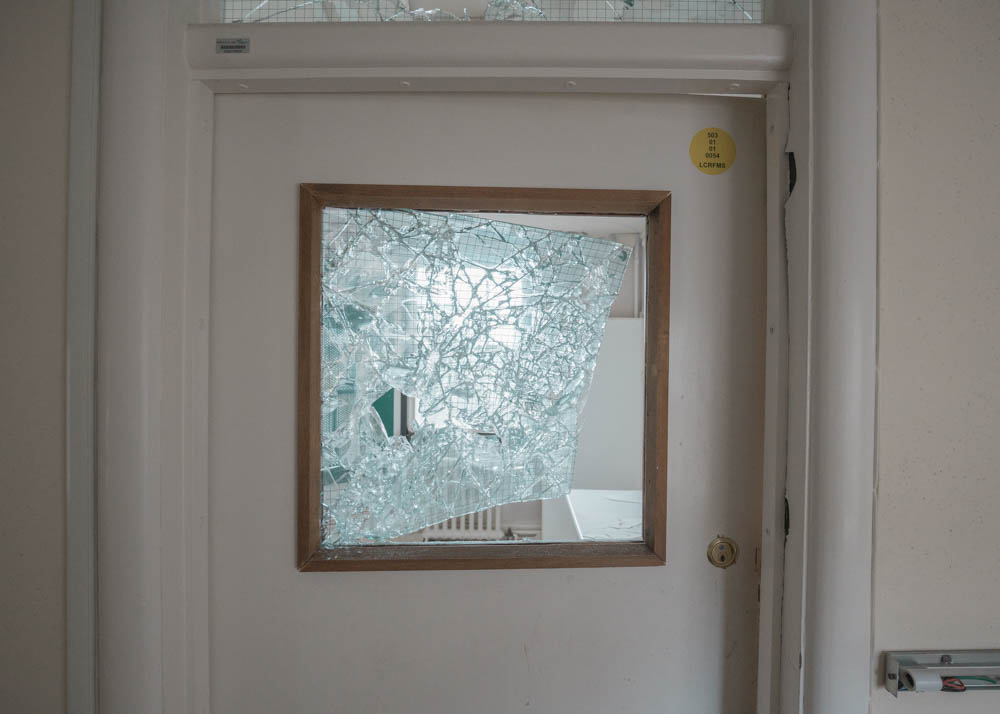 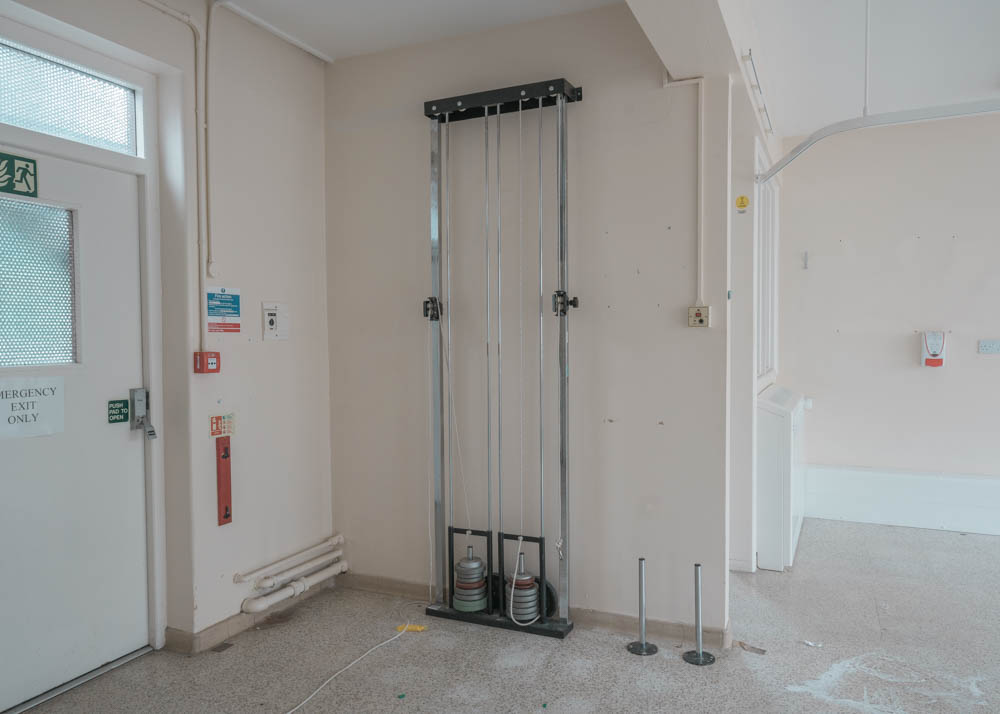 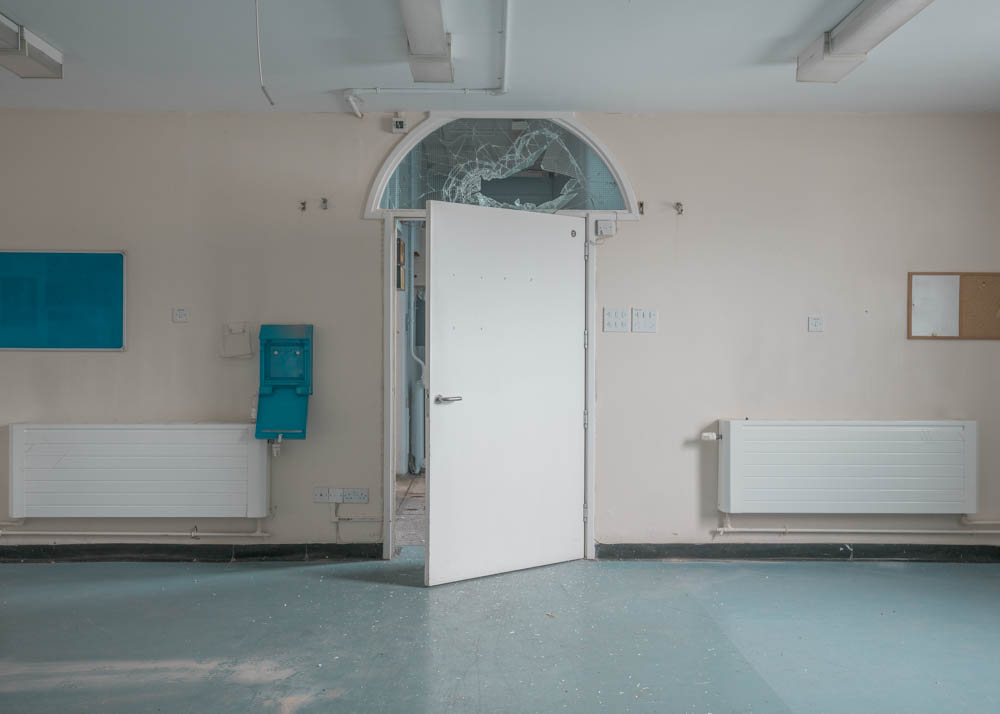 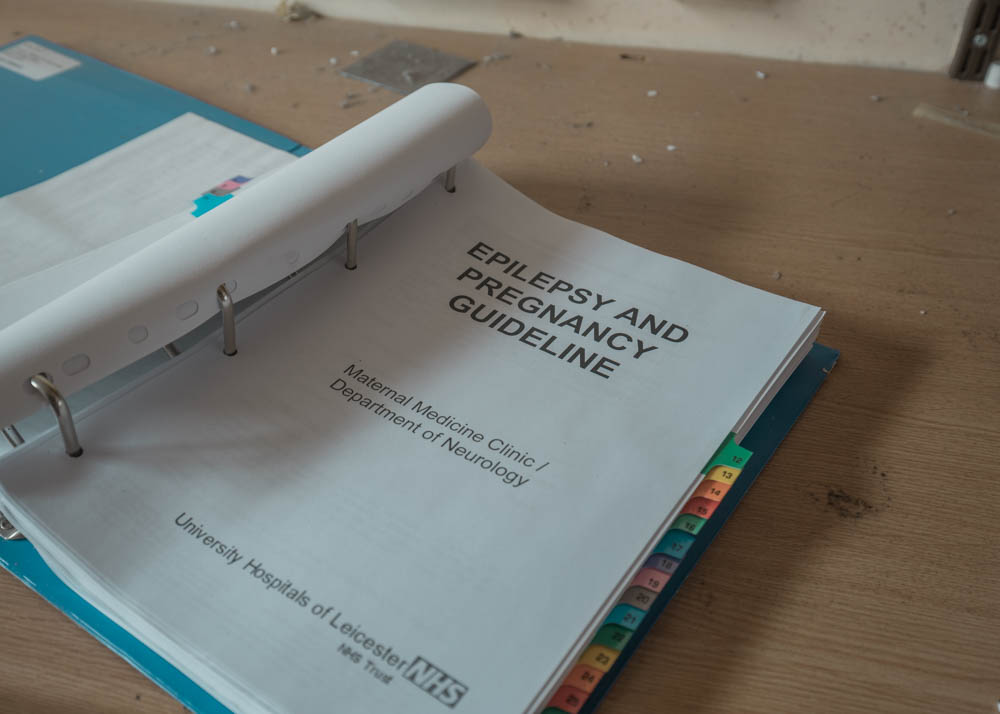 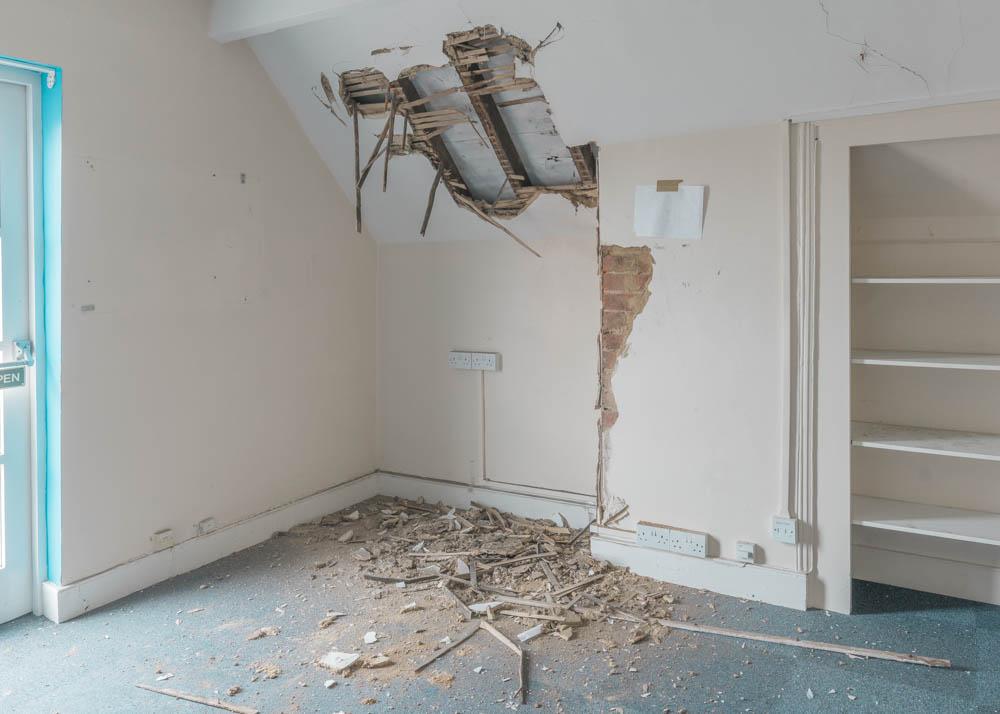 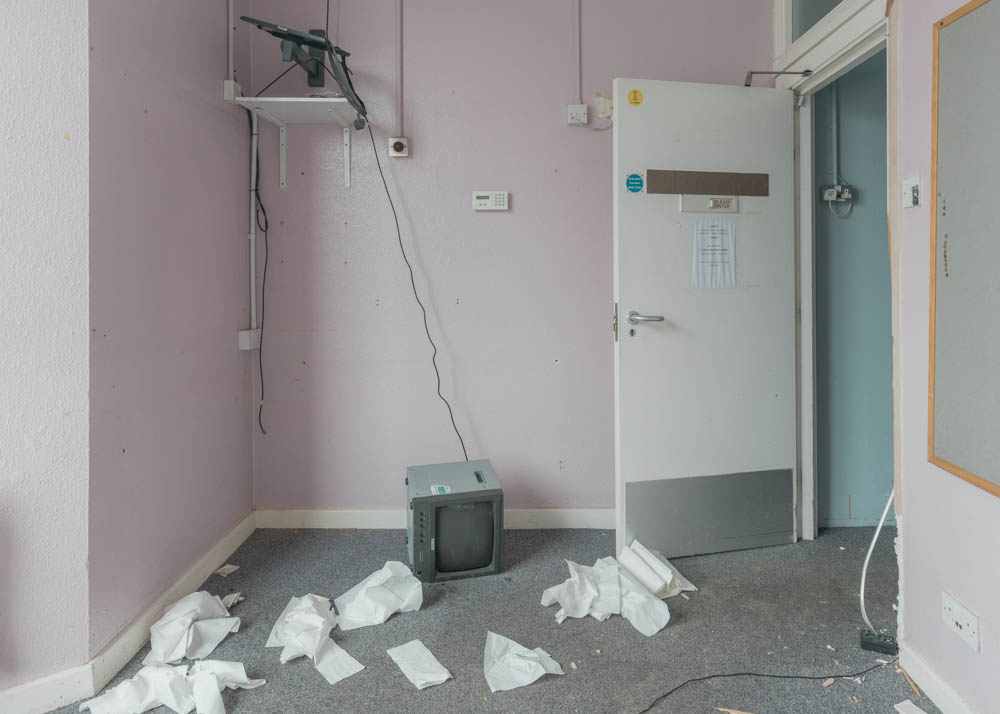 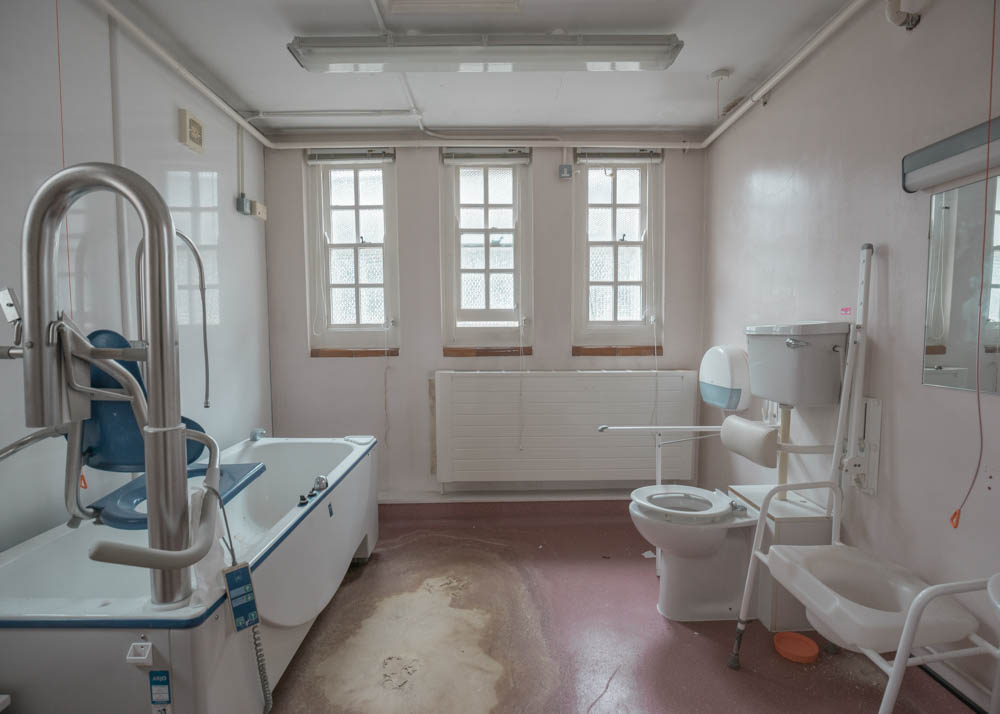 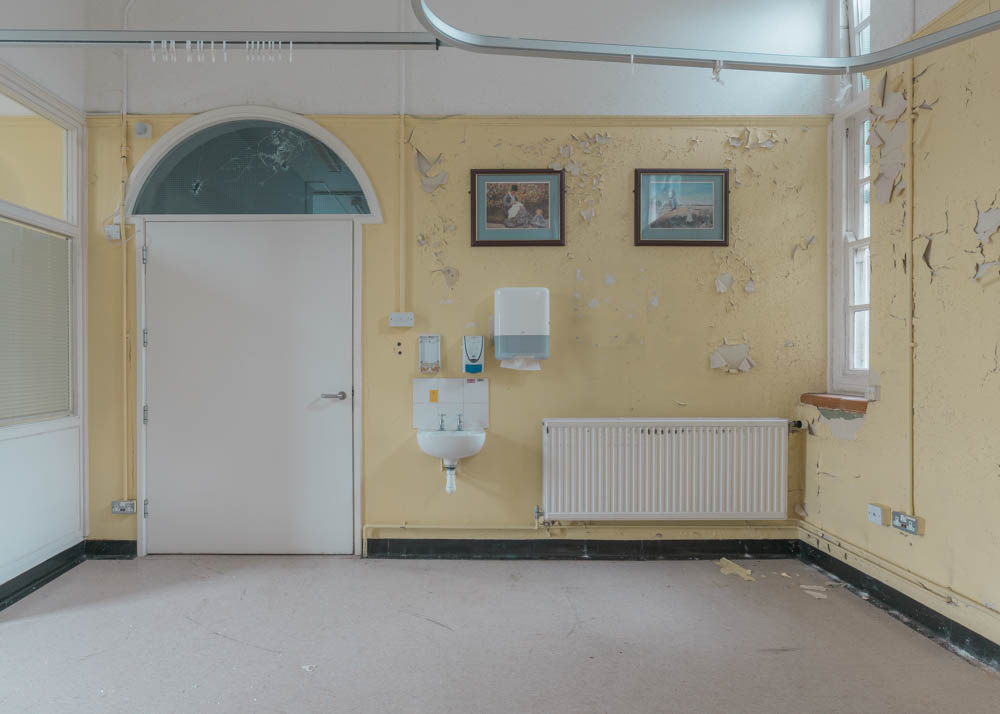 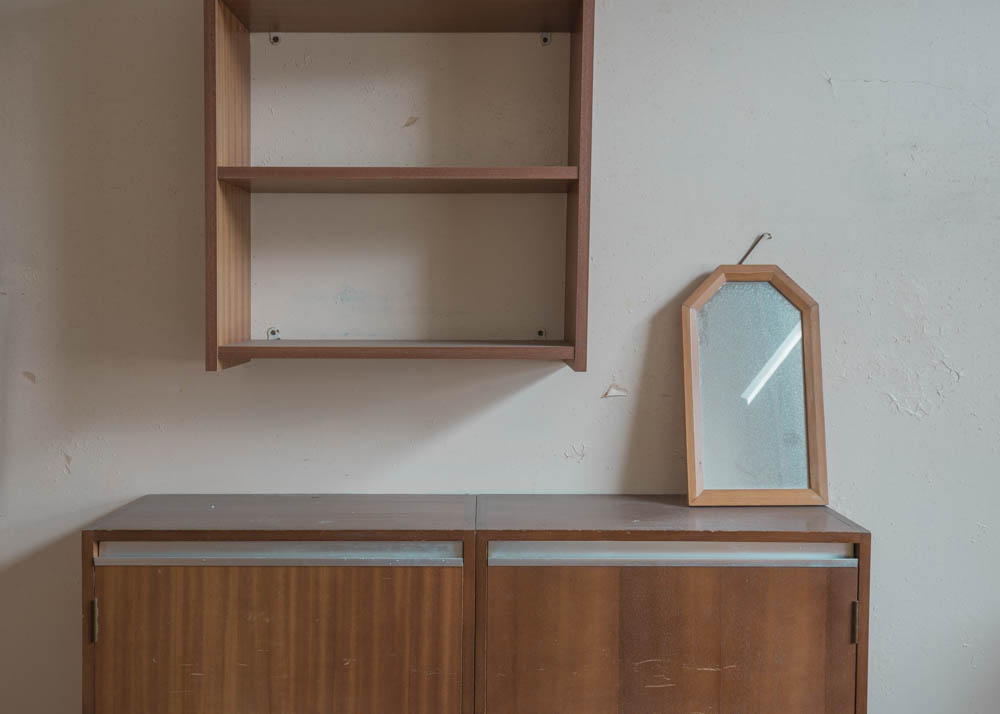 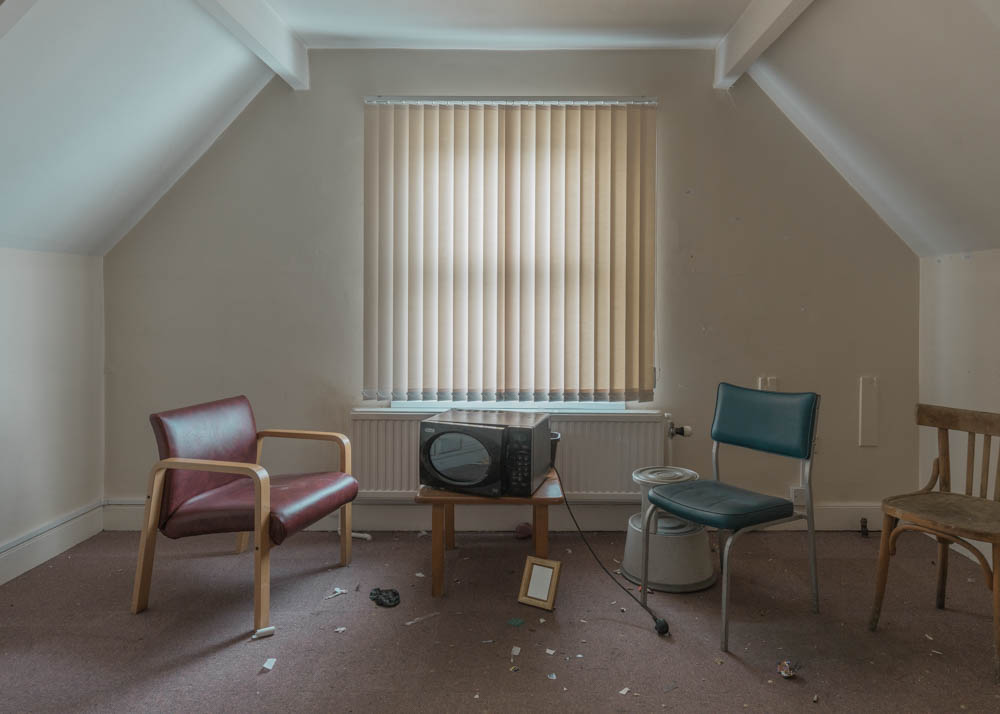 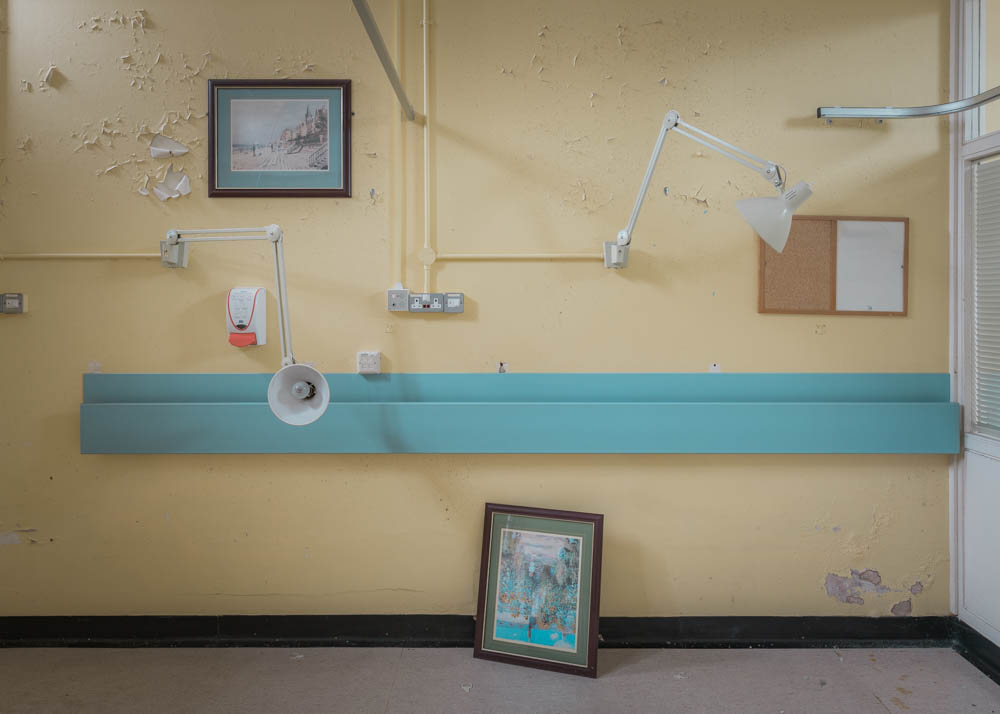 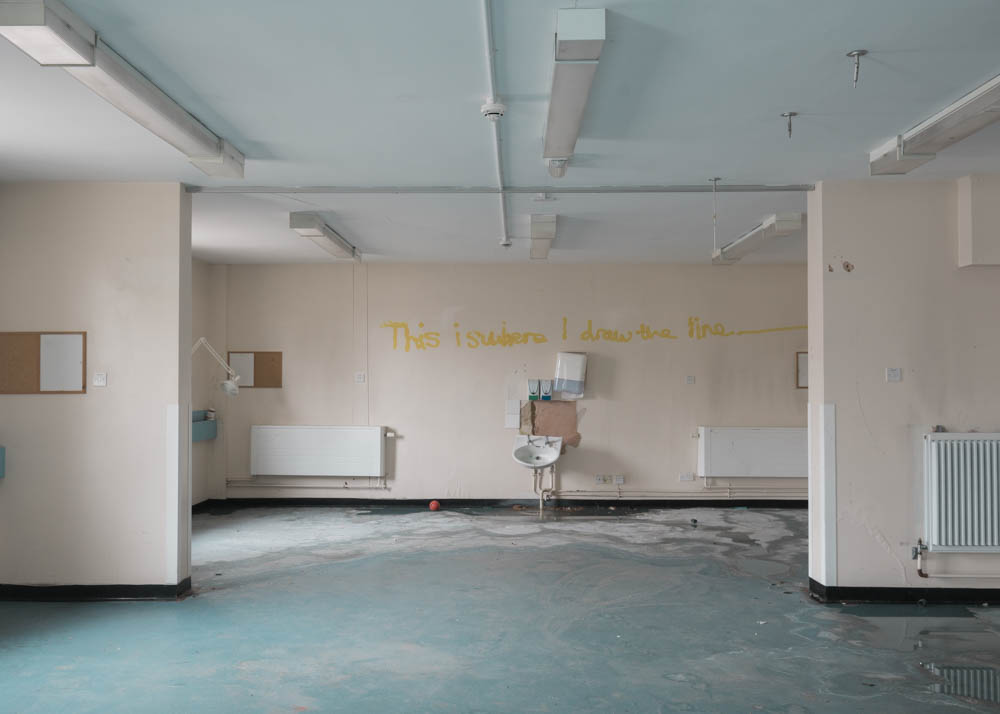 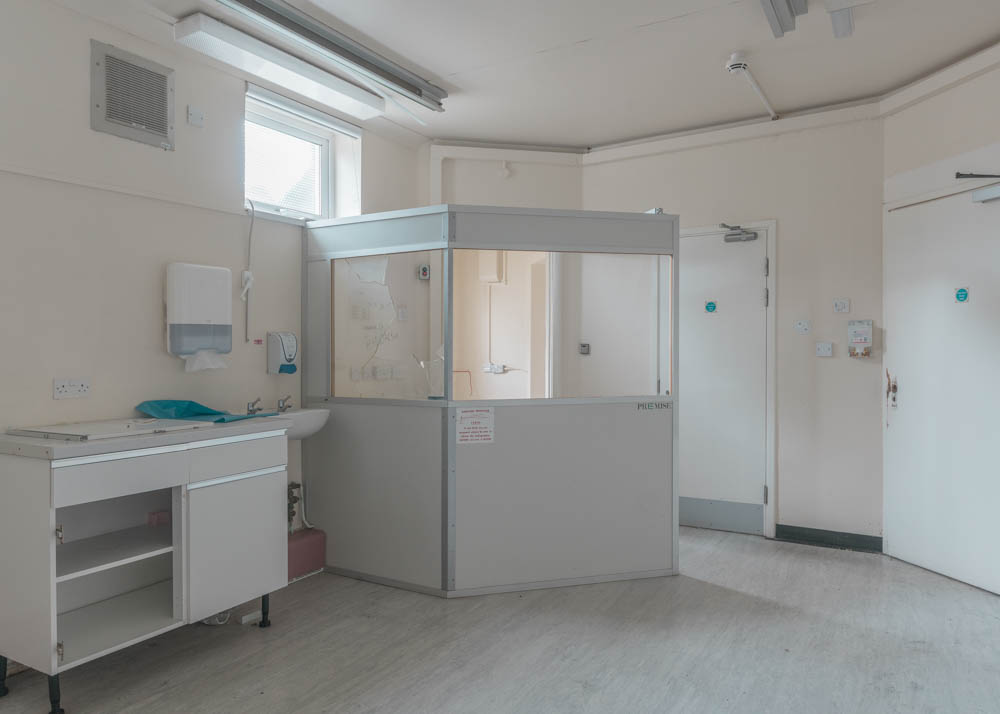 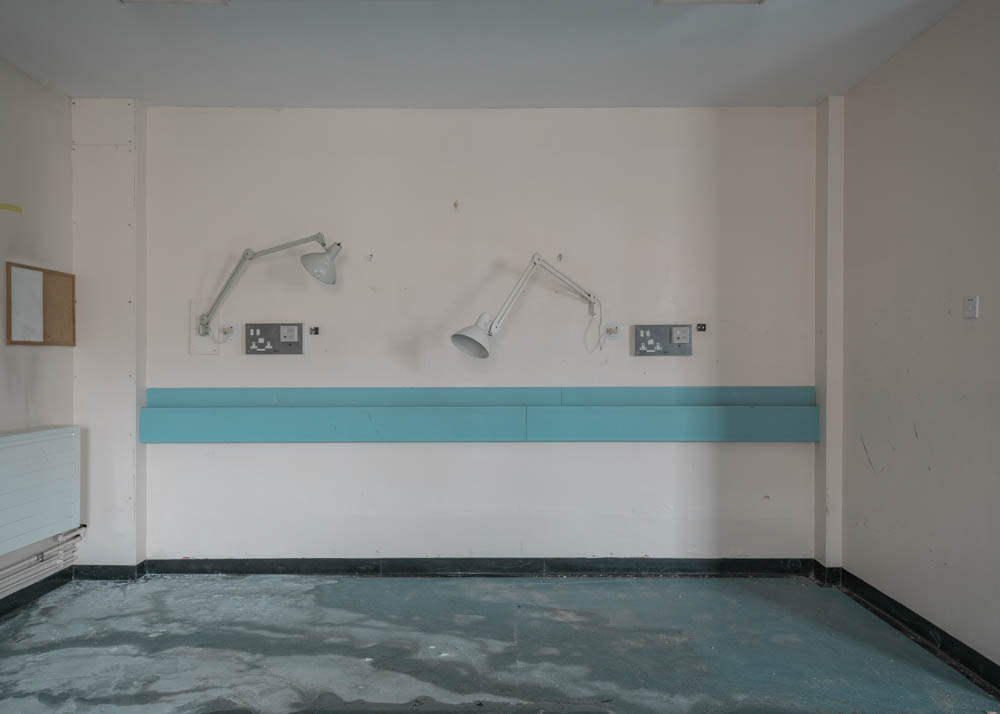 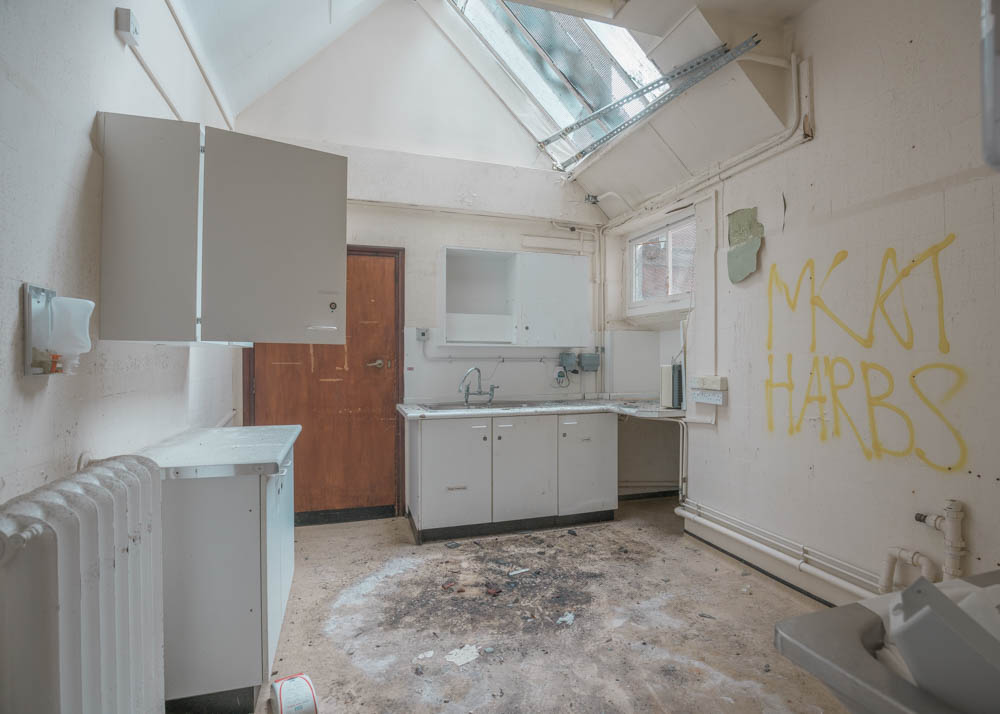 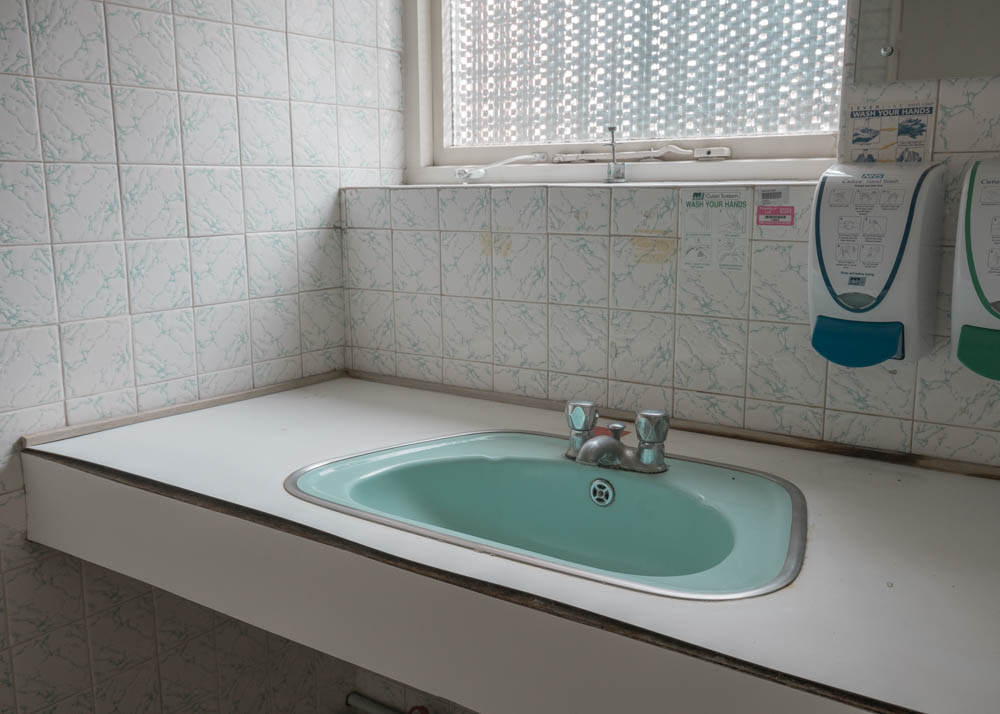 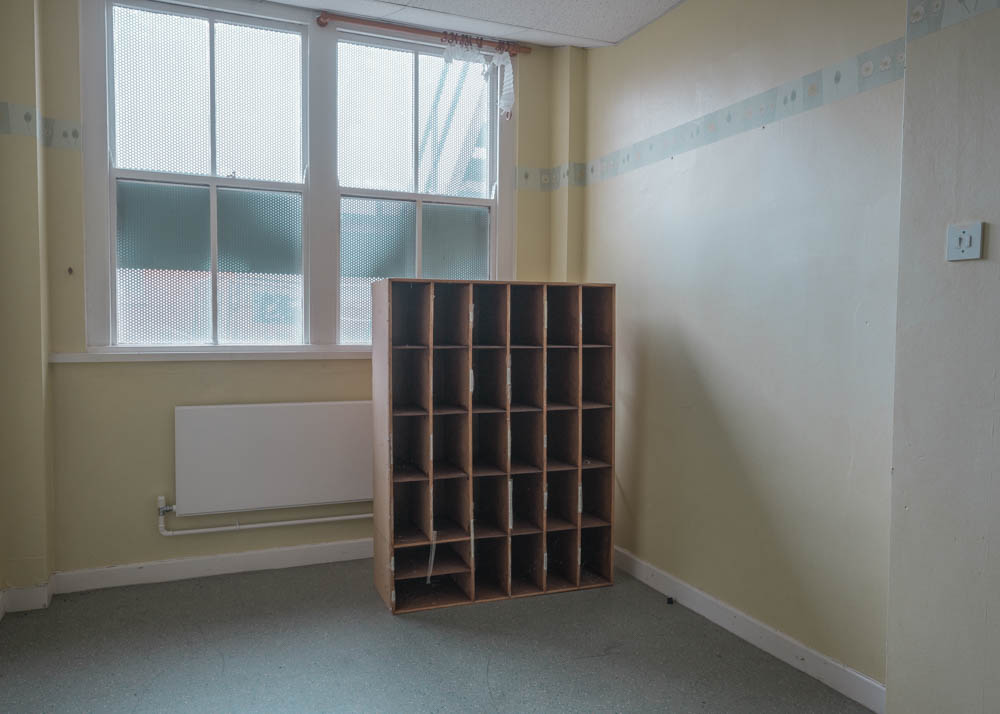 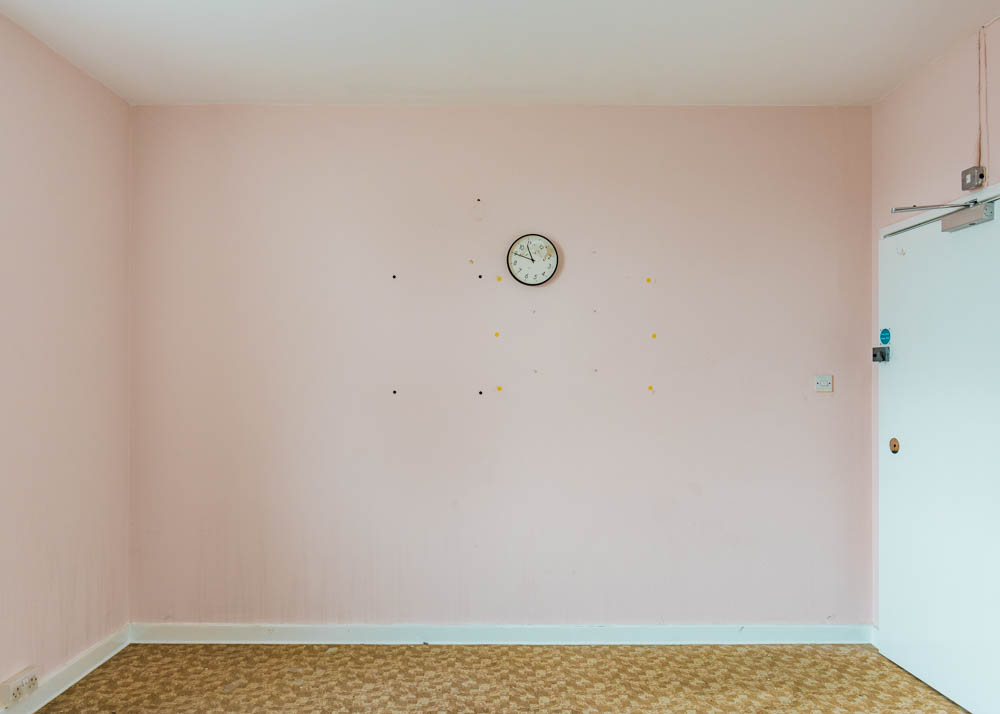 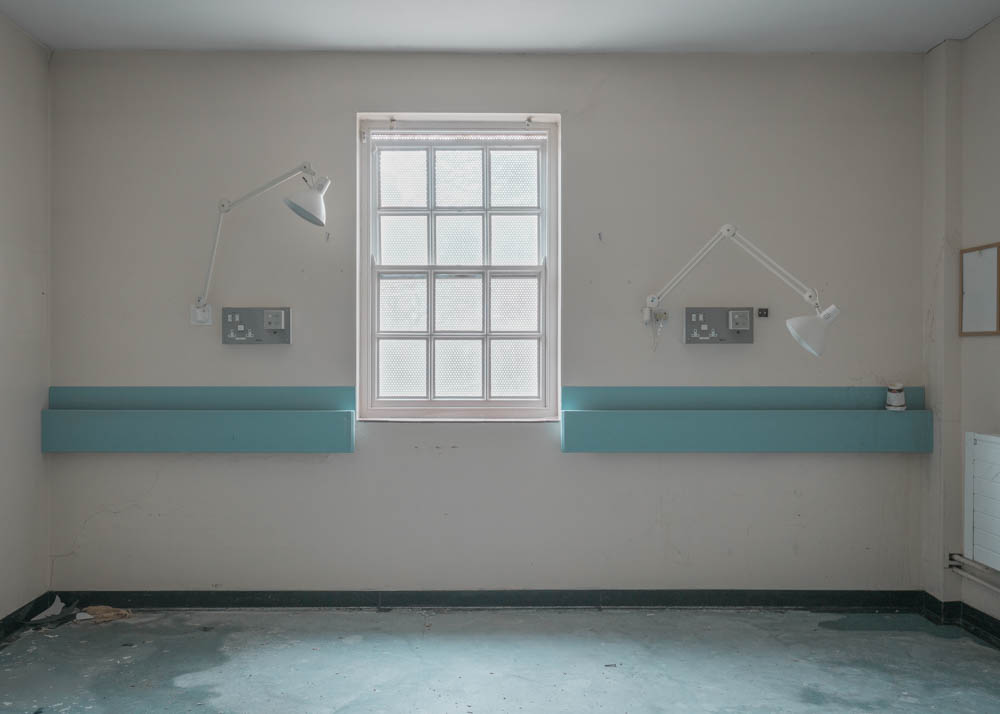 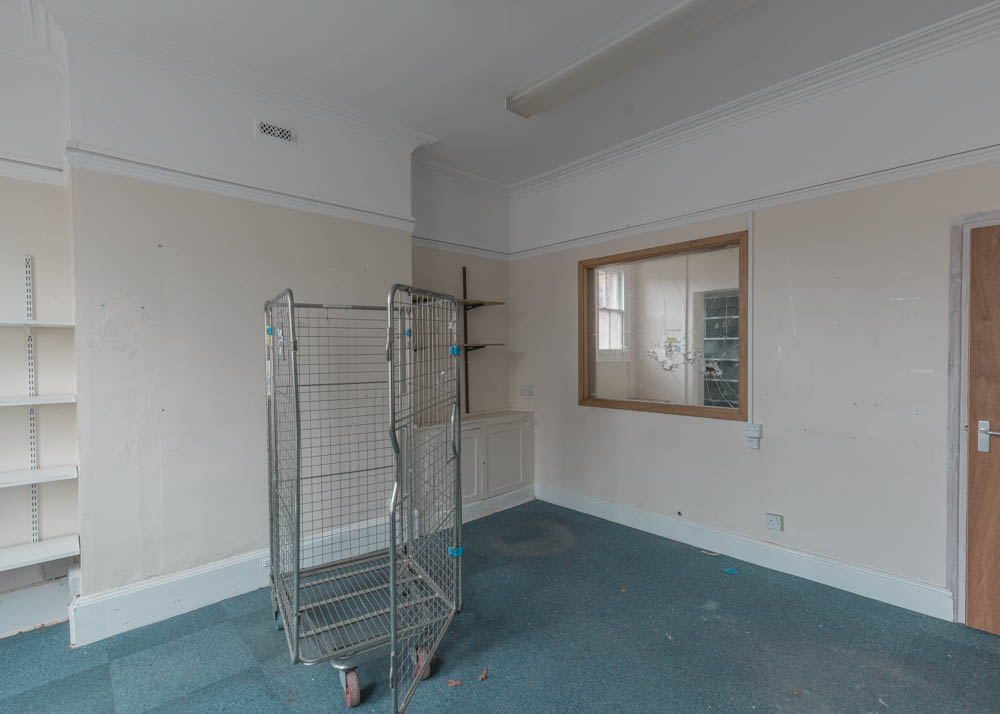 Nice one! I tried this not long after it closed but it was a fail!

Nice photos. I like the anglepoise lamps, I could do with one above my computer desk. The picture framed pictures also look nice, a pity they you took shots at a distance.

Kep meaning to check it out myself