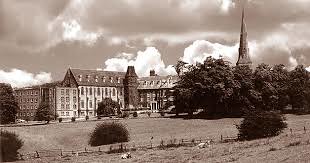 Cotton College was a Roman Catholic boarding school in Cotton, Staffordshire, United Kingdom. Cotton Hall appears to date back to 1630 and was most probably built by the Morrice family. Thomas Gilbert rebuilt the house in the eighteenth century. In 1843 Cotton Hall was sold to the Earl of Shrewsbury. The Earl, who lived at Alton Towers nearby, offered the building to a religious community under the leadership of Frederick William Faber. The school buildings were centred on the country house used by religious communities from the 1840s until the school moved there in 1873. The school closed in 1987 due to financial struggles and the site is now derelict. 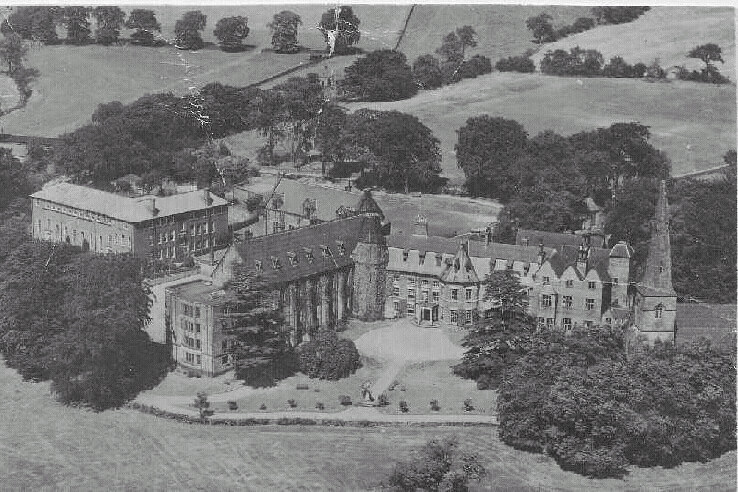 We had always been interested in this massive, 'Hogwarts' like abandonment in the Staffordshire countryside. In 2019, we visited in Summer but were deterred by the neighbour who was not a fan of our being there. It appeared that on that occasion, we were fairly unlucky as on two visits in June last year, we had no difficulties at all and were able to manoeuvre around the various buildings with ease, even seeing some parts we hadn't seen photographs documenting which was a bonus. The decay in a lot of the properties was amazing, most noticeably in the dilapidated gymnasium. Mix this with some dated architecture and nice ceiling intricacy and this was a place I'd happily revisit in years to come. 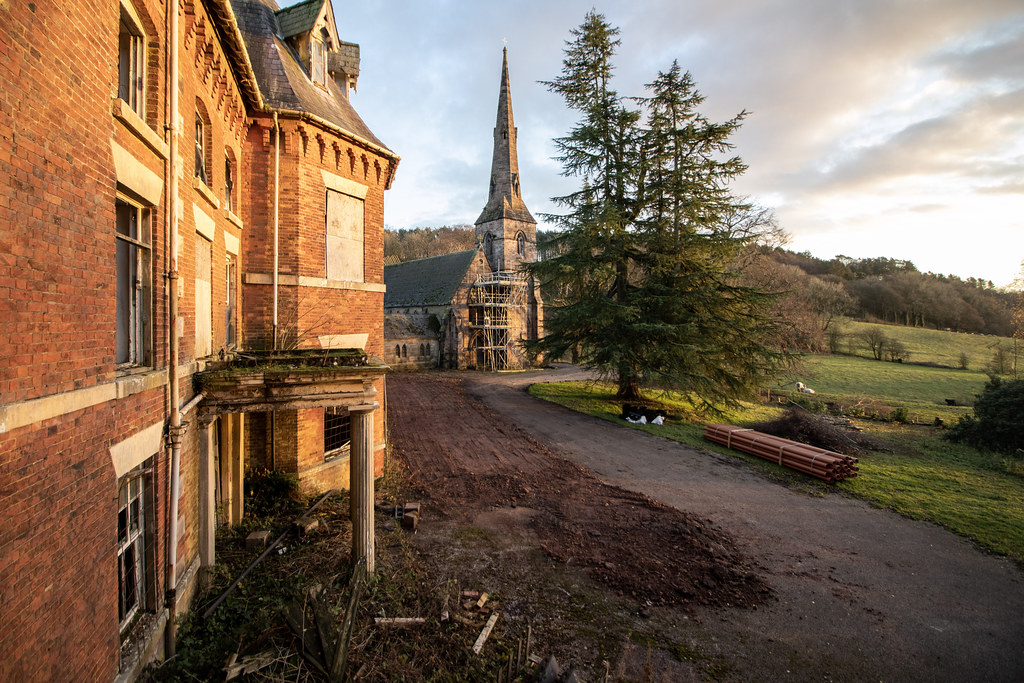 Looking towards the church that is being restored from a section of the main building. In here, recent construction work had meant that areas were bricked up and inaccessible. 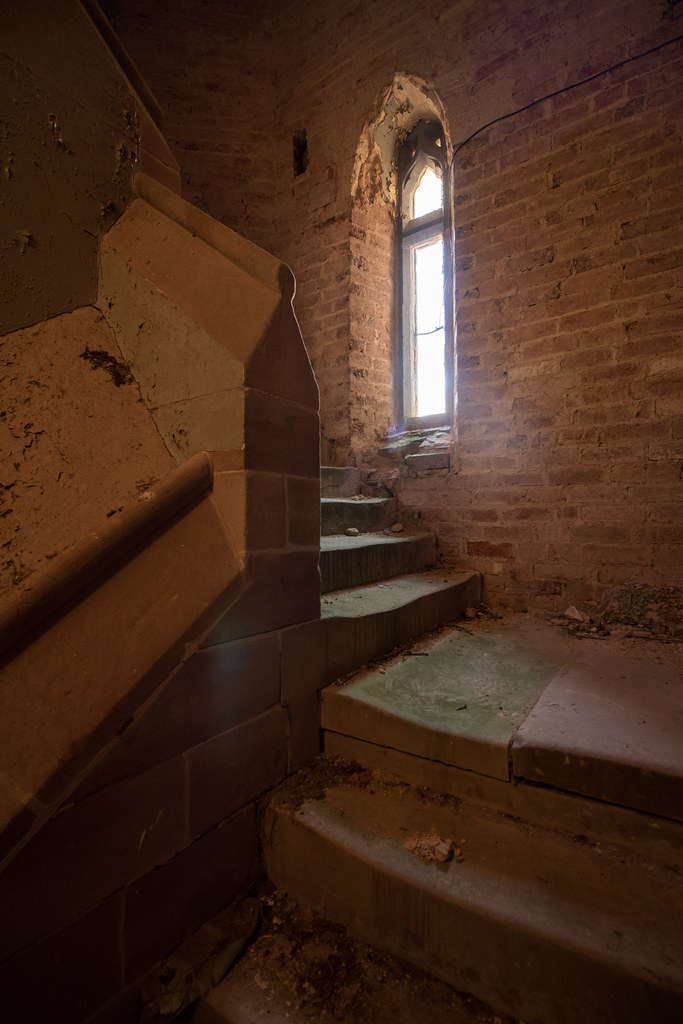 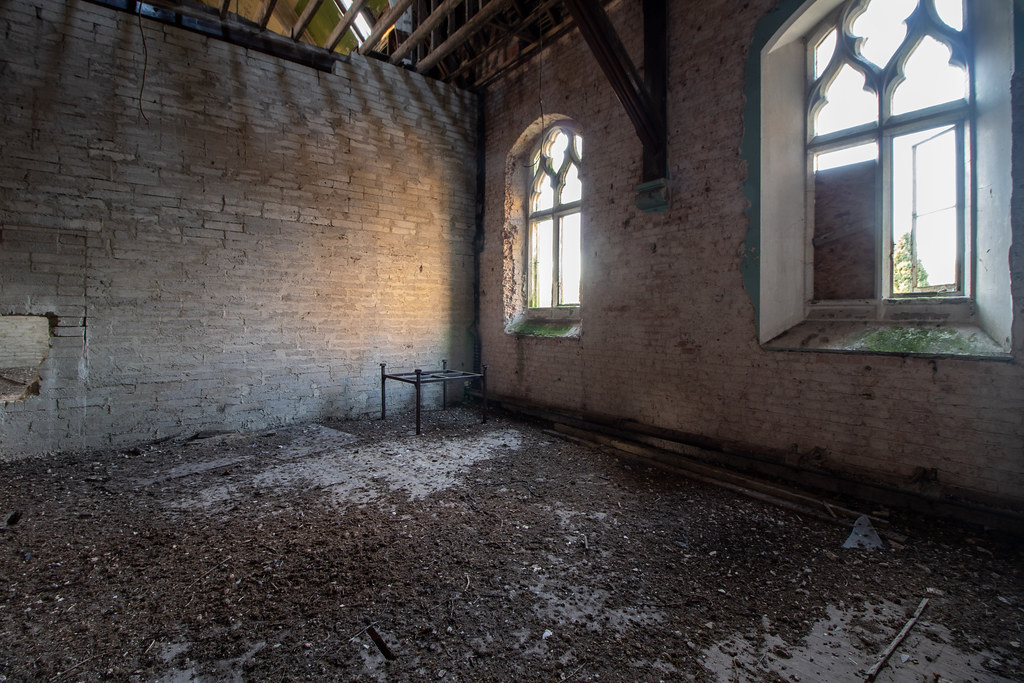 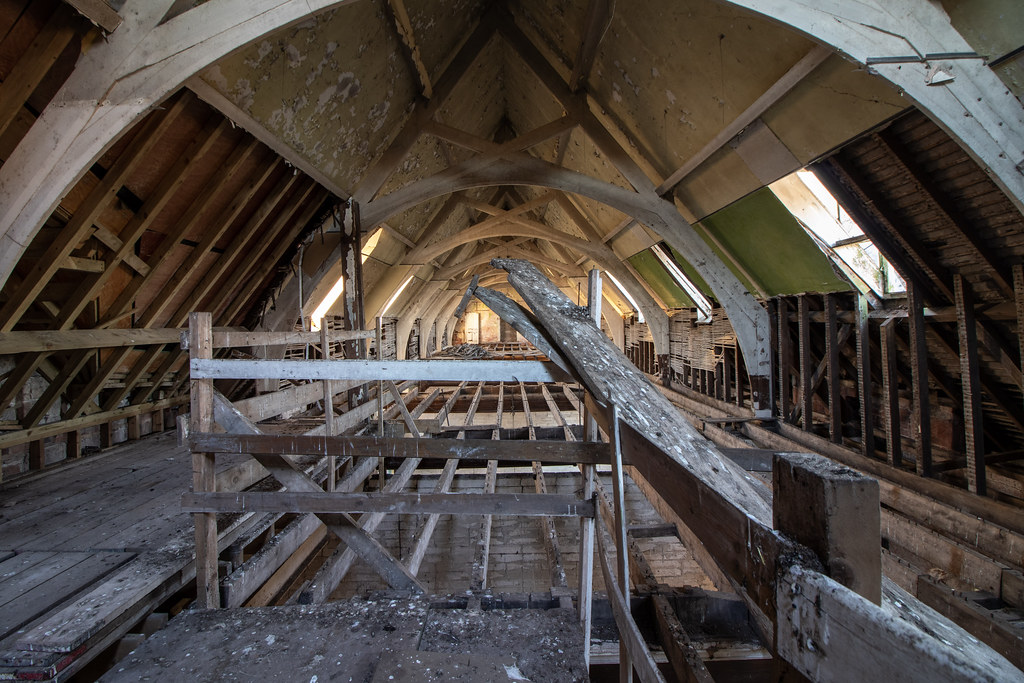 Despite having extremely frightening wooden floors, the upper spaces of the main block featured a nice arched roof. 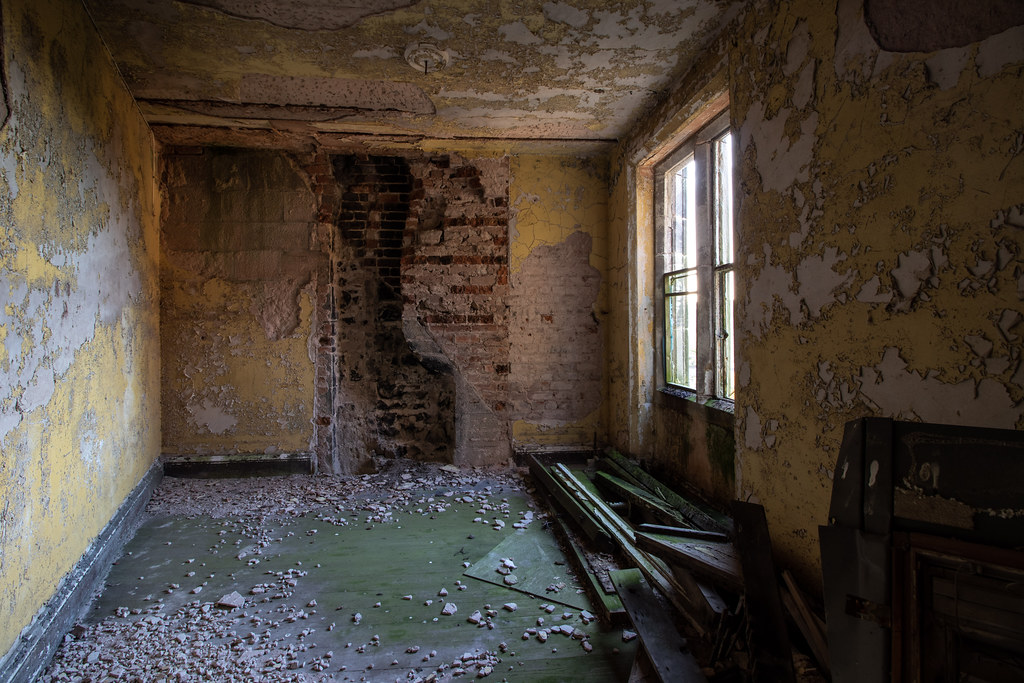 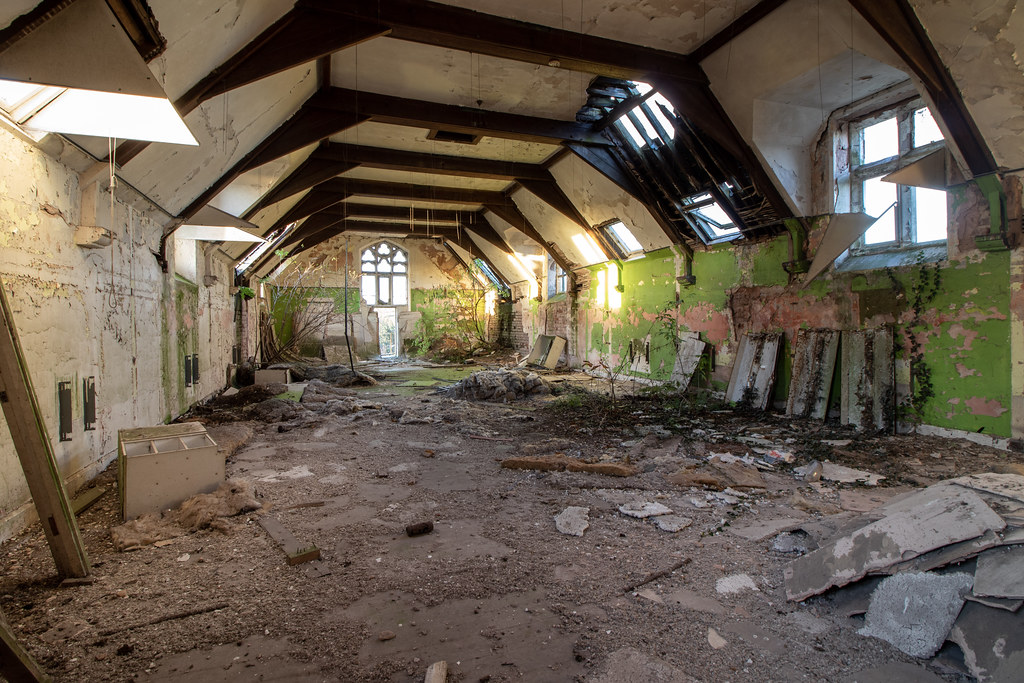 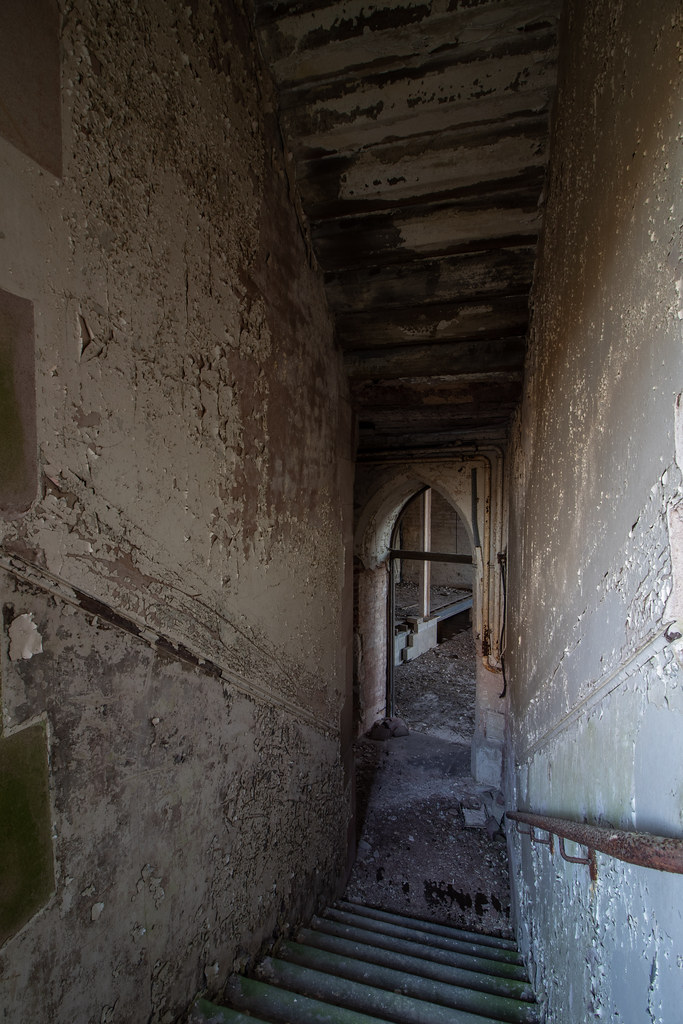 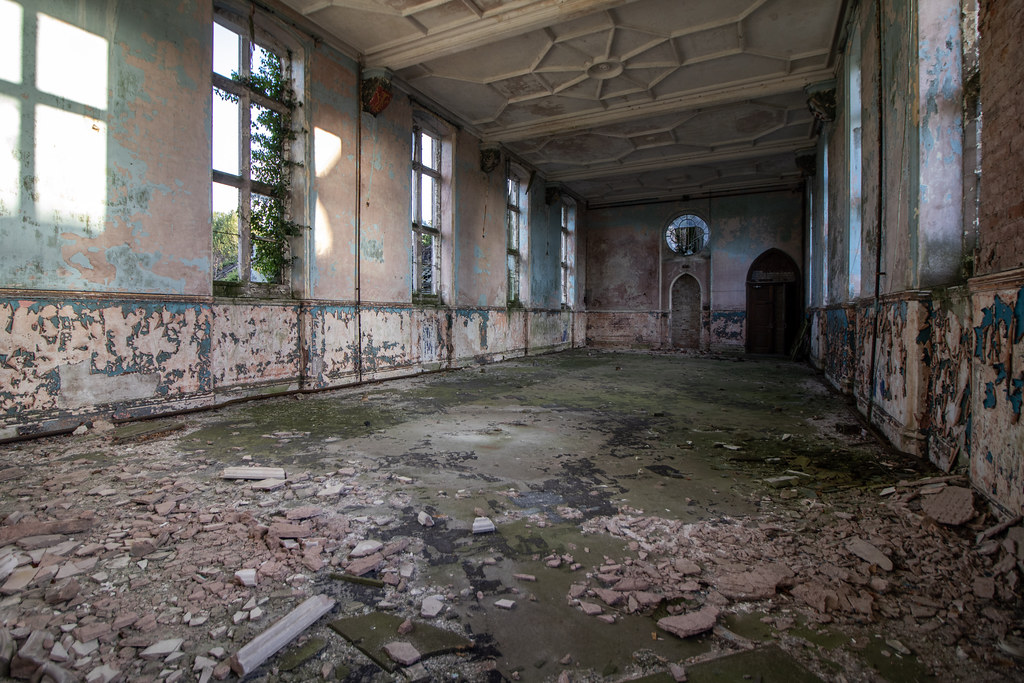 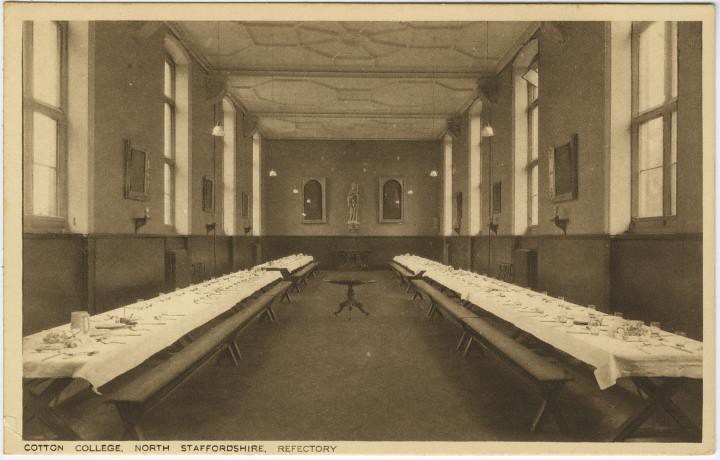 A very detailed room, possibly a dining hall, with coats of arms in the coves beside the ornate ceiling. 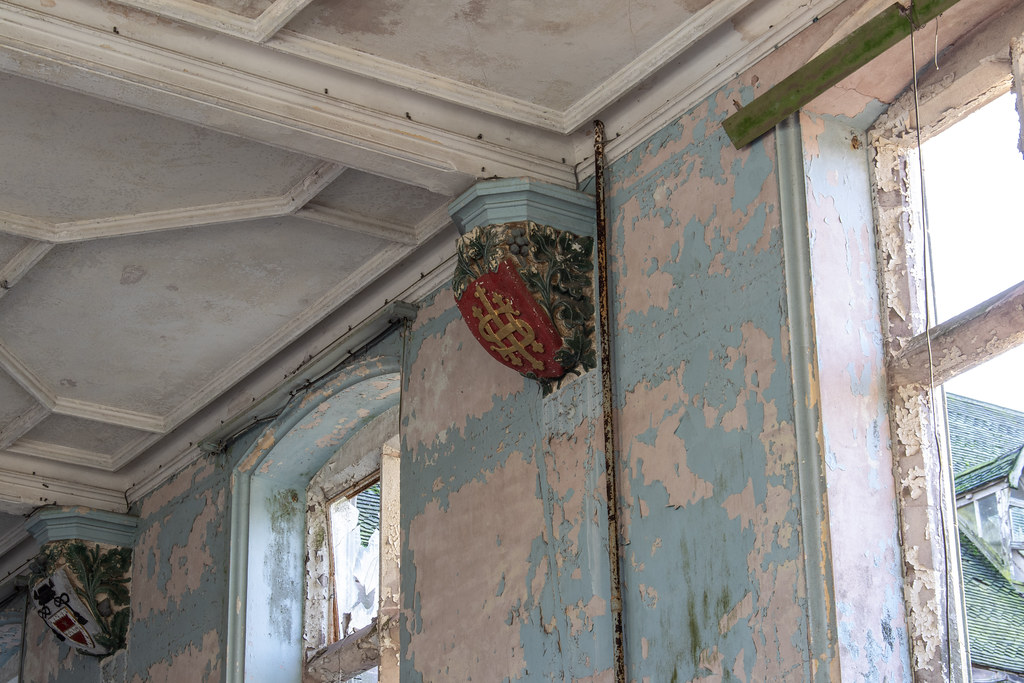 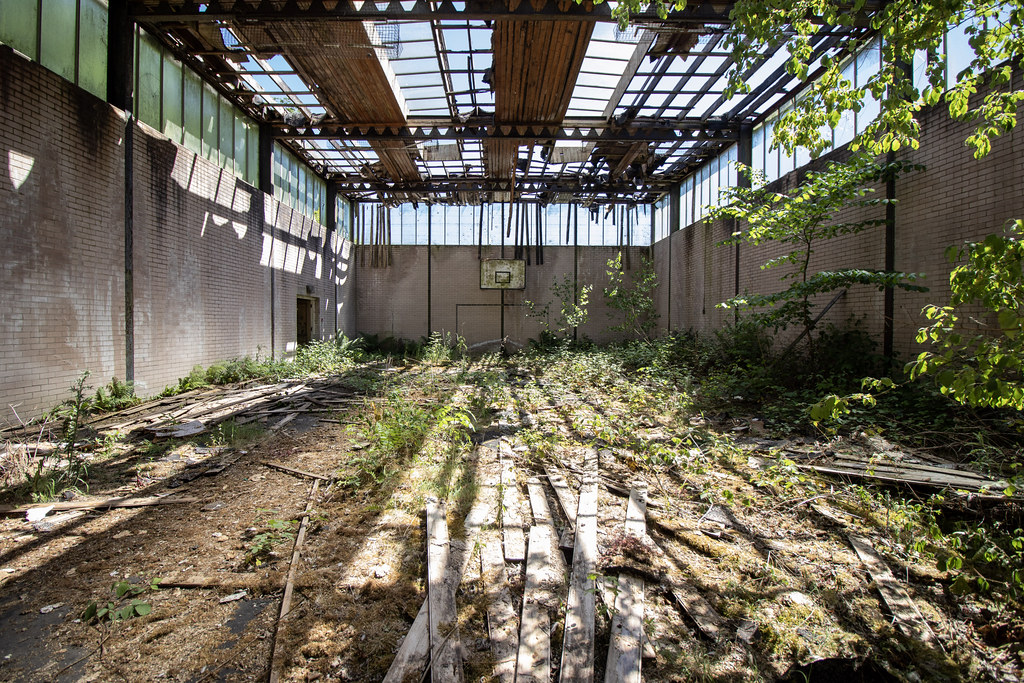 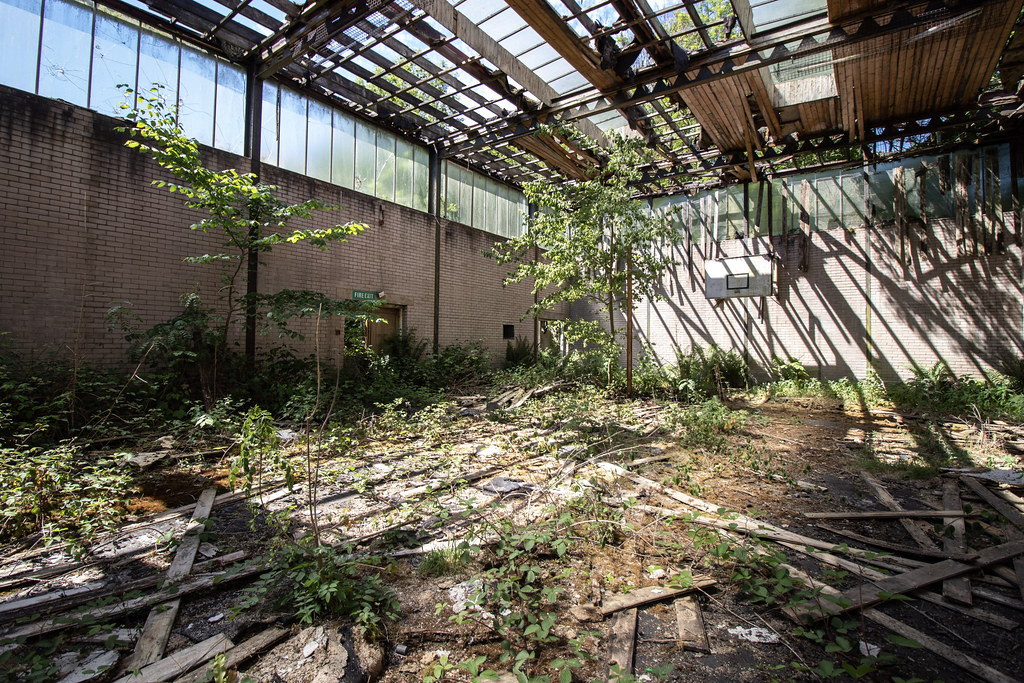 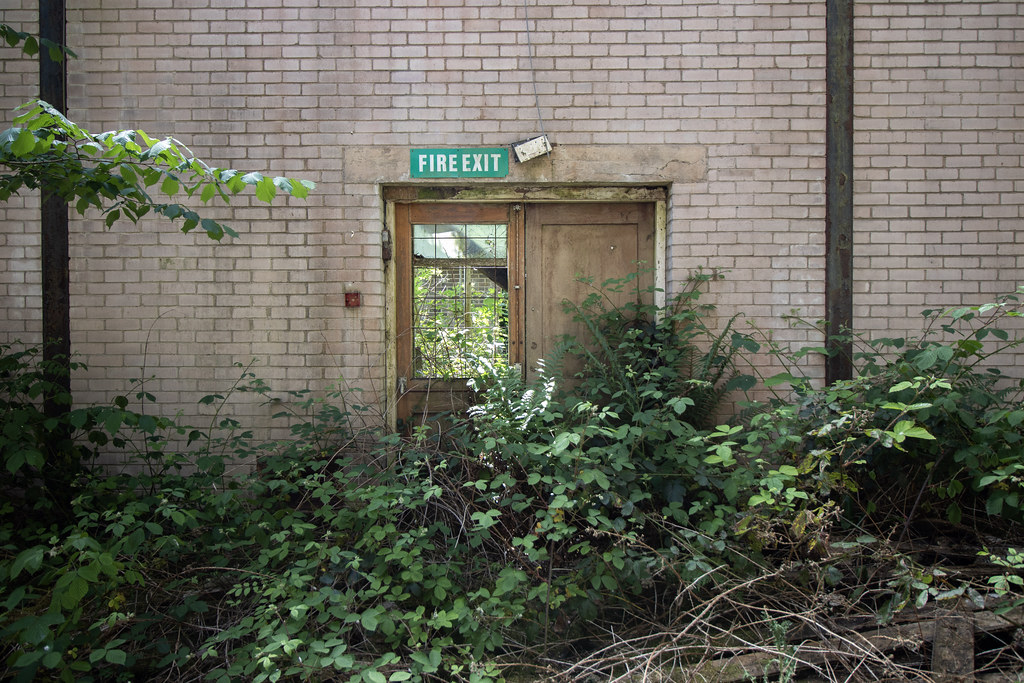 The final building to showcase boasted the best natural decay. On the roof, there was no ceiling and from afar it probably wouldn't appear visible, rather just a clump of trees. 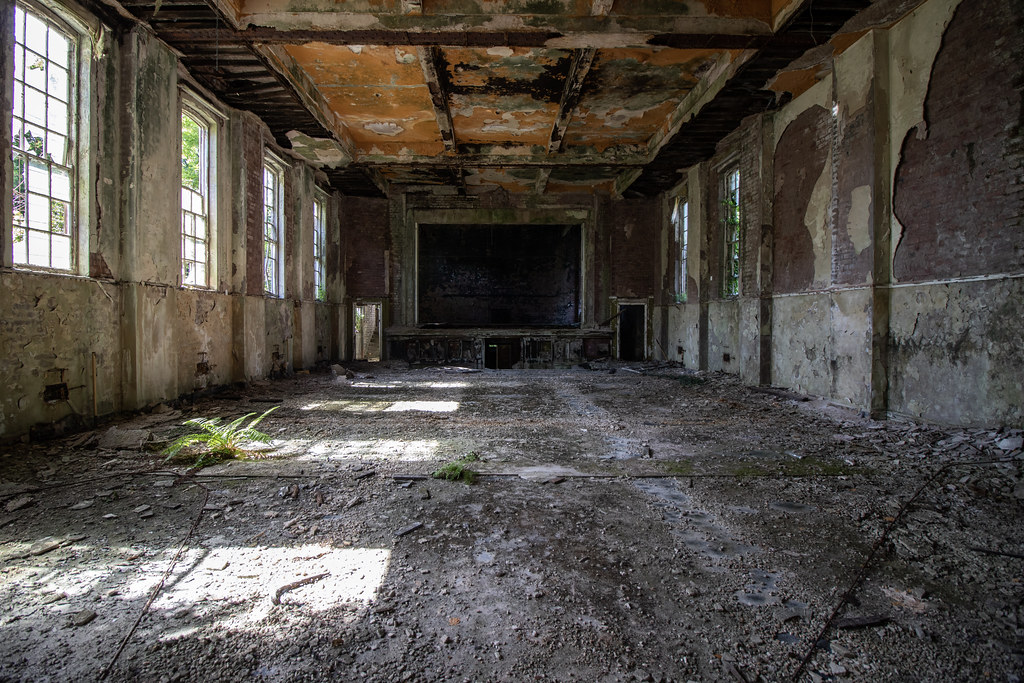 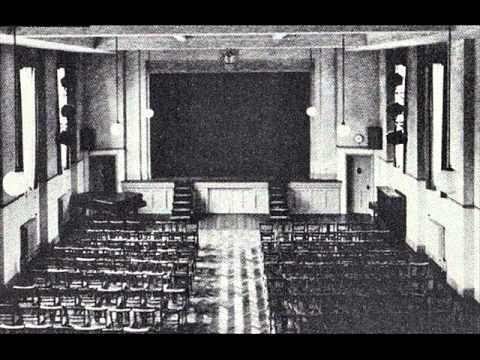 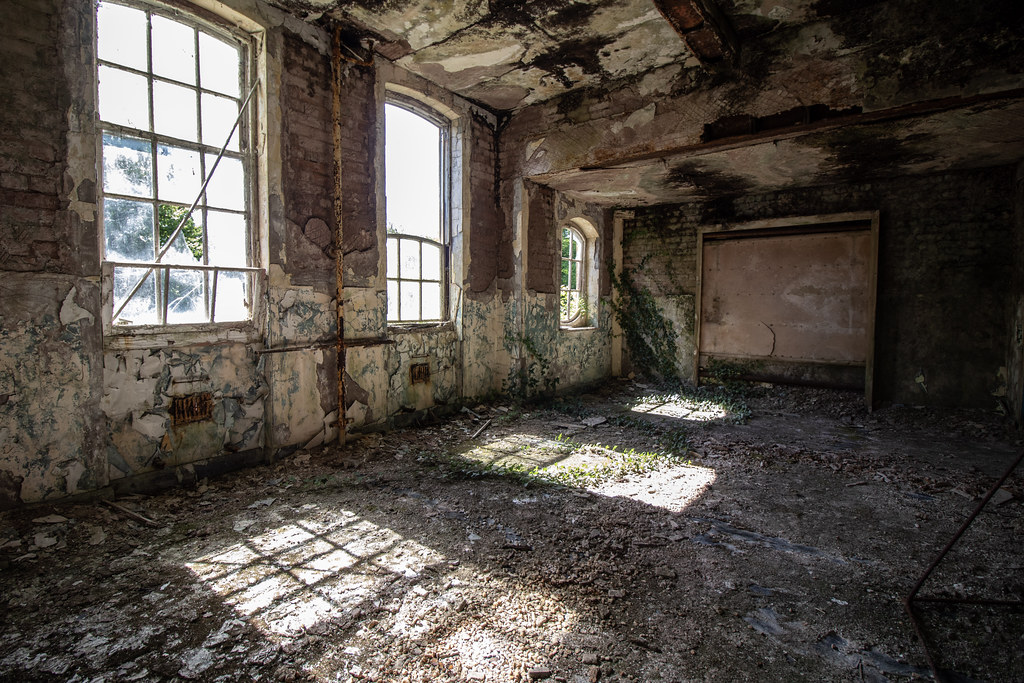 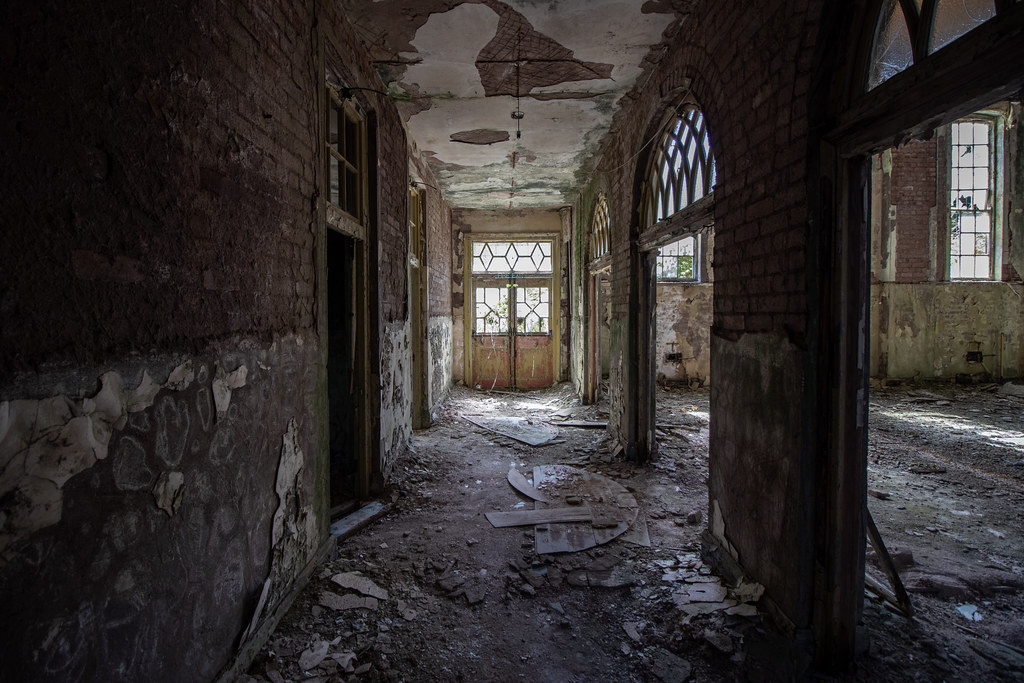 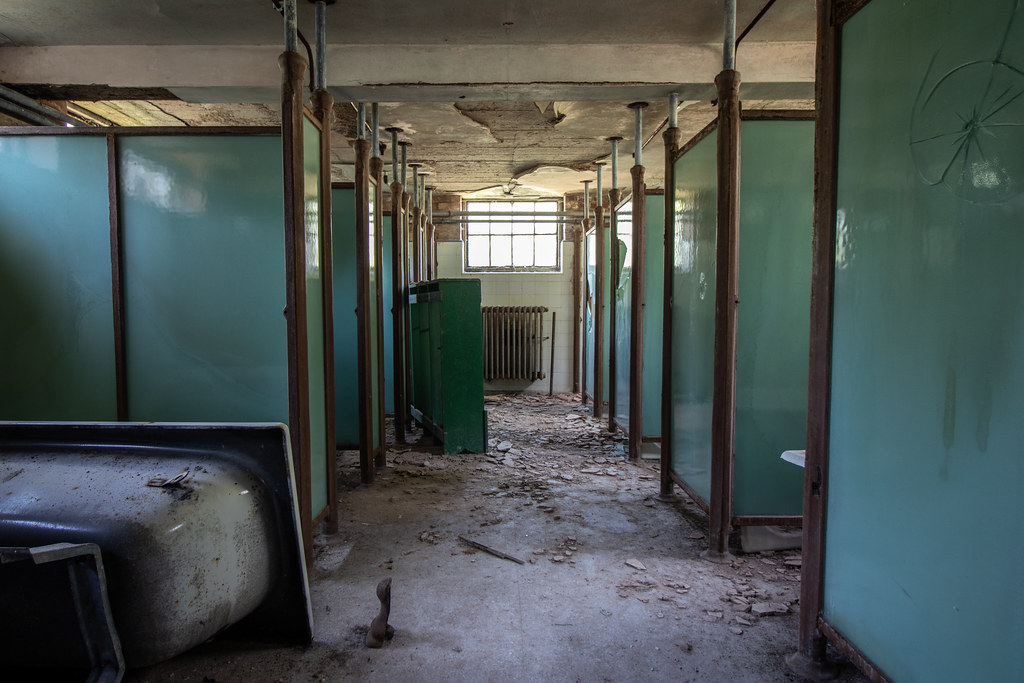 Here is the link to our documentary styled video filmed at the abandoned college. We cover the building's past, present and future through cinematics and narration: