The Wannice and I ventured out on our second ever explore to parts of the disused Croxley Green Line. This, the first of two parts is Croxley Green Station.

Upon arrival we were greeted by a group of kids on bikes who we thought were up to no good but infact were more than happy to show us around. They helped us up the steep embankment with a rope they had tied to a tree, took us to the bridge over the canal and also told us the different areas we could explore.

The Croxley Green branch was "temporarily" closed by the then SRA in 1996 and a bridge on the route removed to make room for a road-widening scheme. The bridge was never replaced and the nature had now taken over the line in an eerie kind of way.

TfL had been looking to re-open the Croxley Green Branch for an extension of the Metropolitan Line but this is looking very unlikely now. 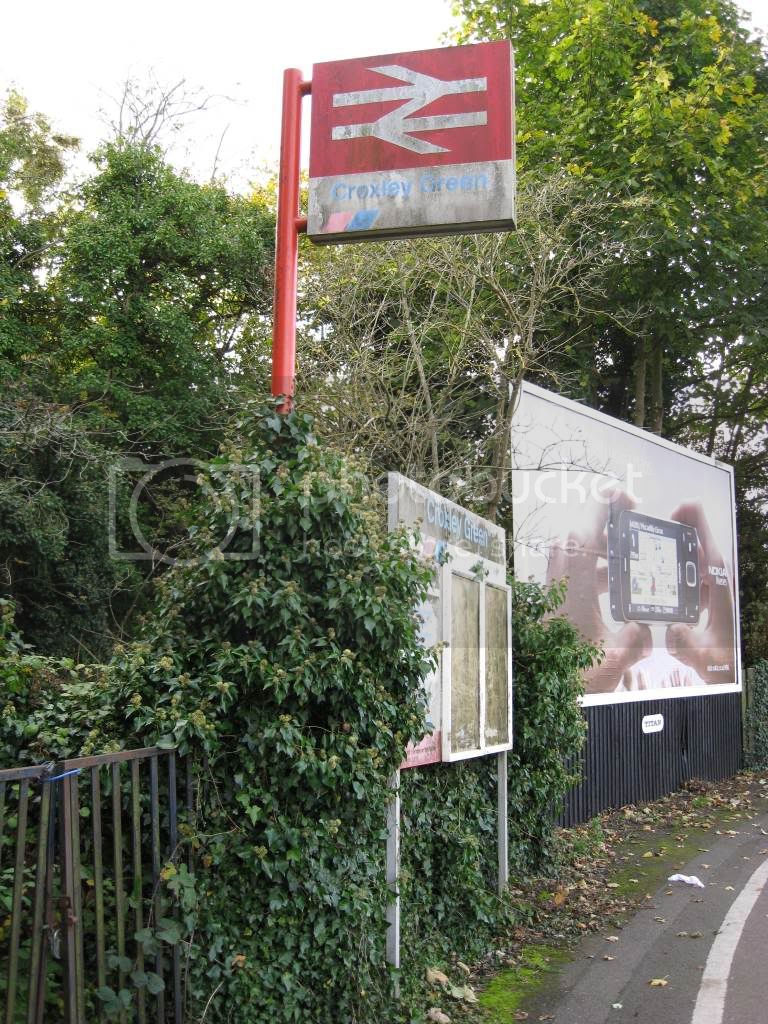 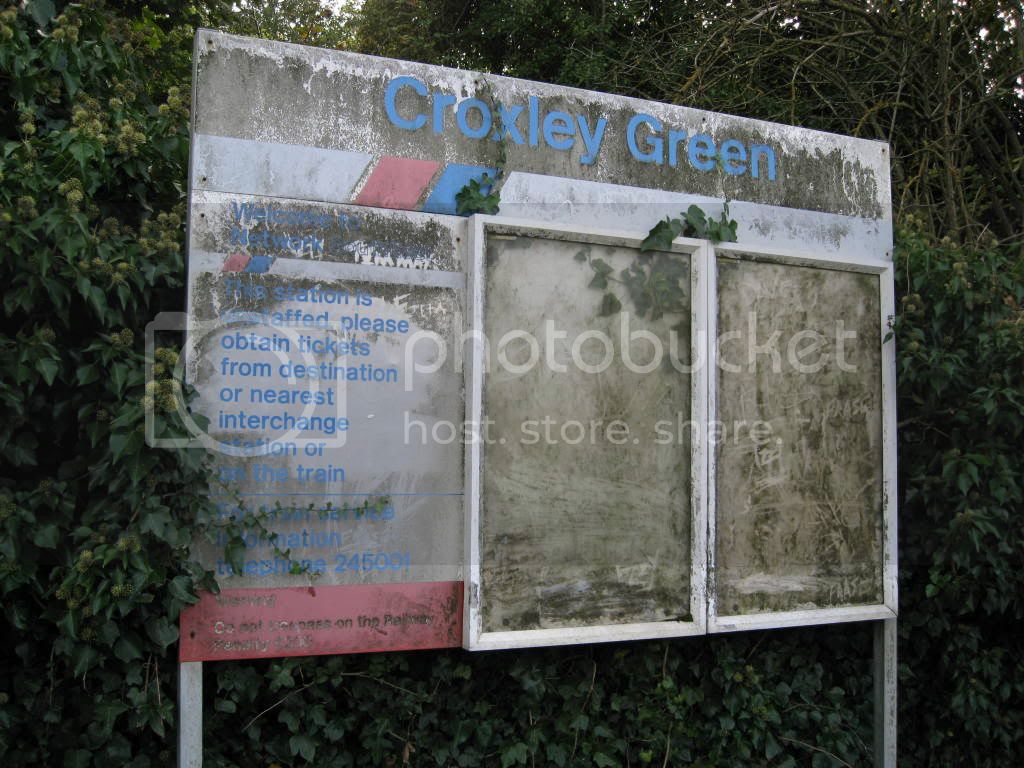 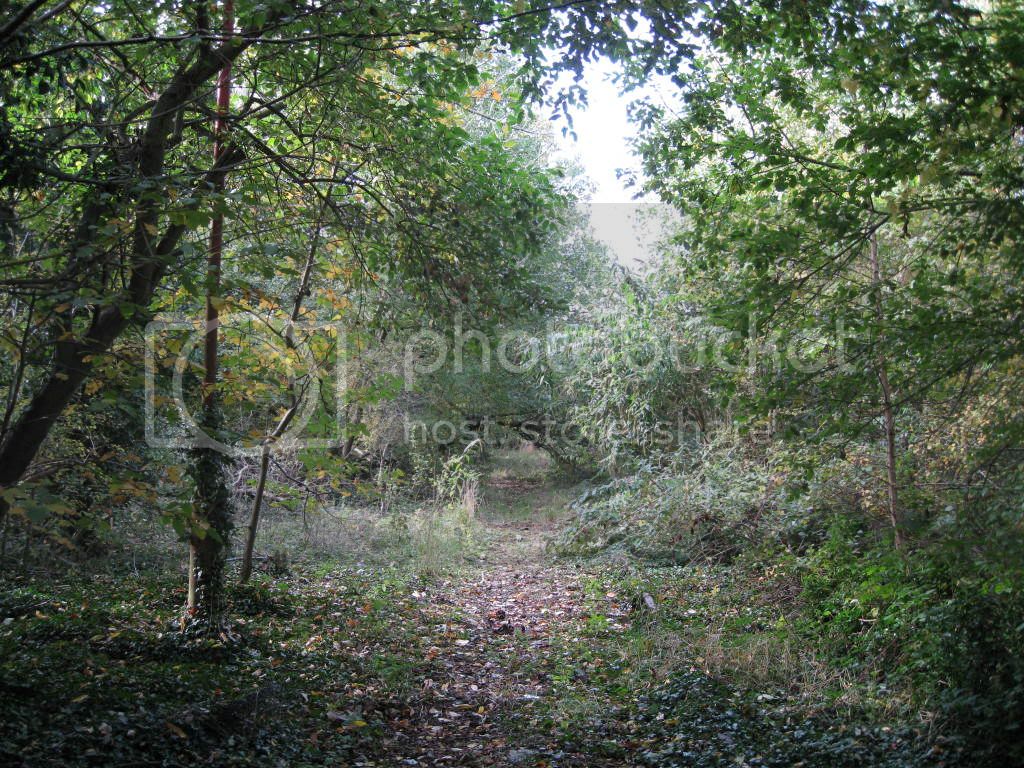 Where the platform once stood, tracks on the right.
Note a platform lamp post on the left 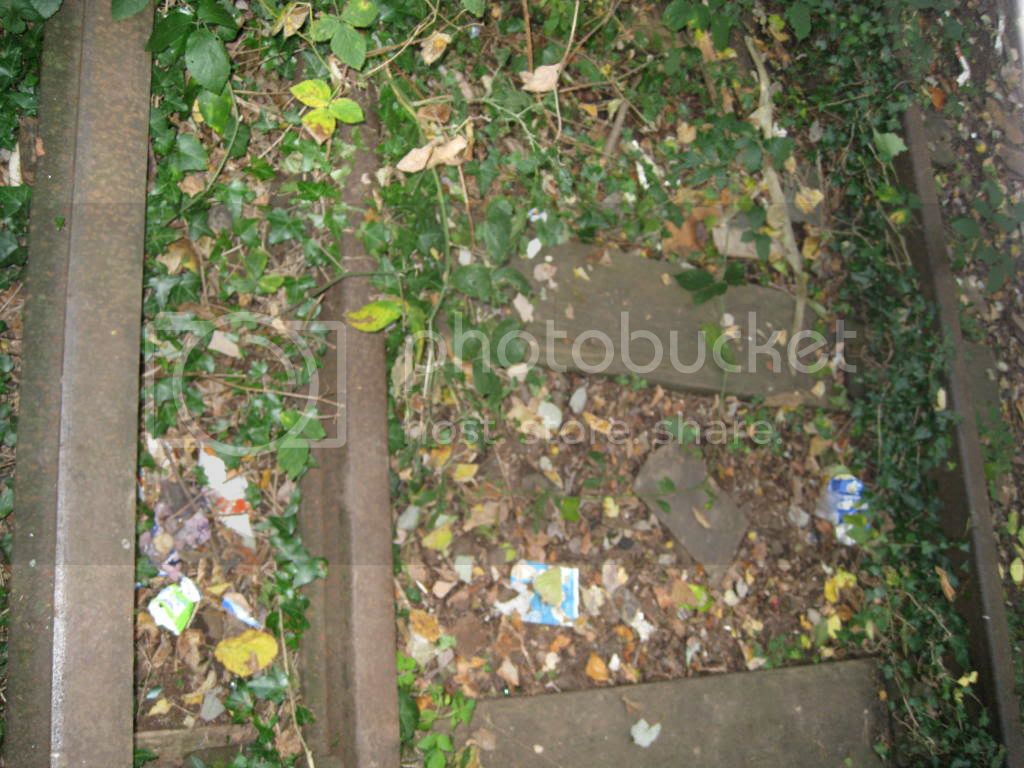 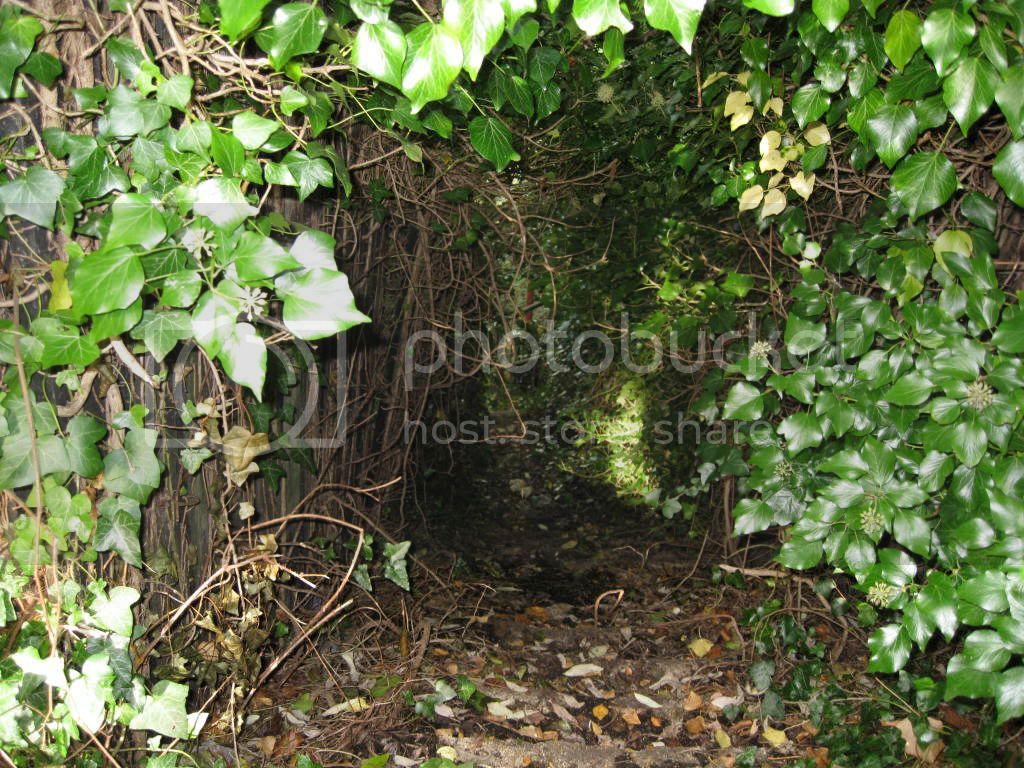 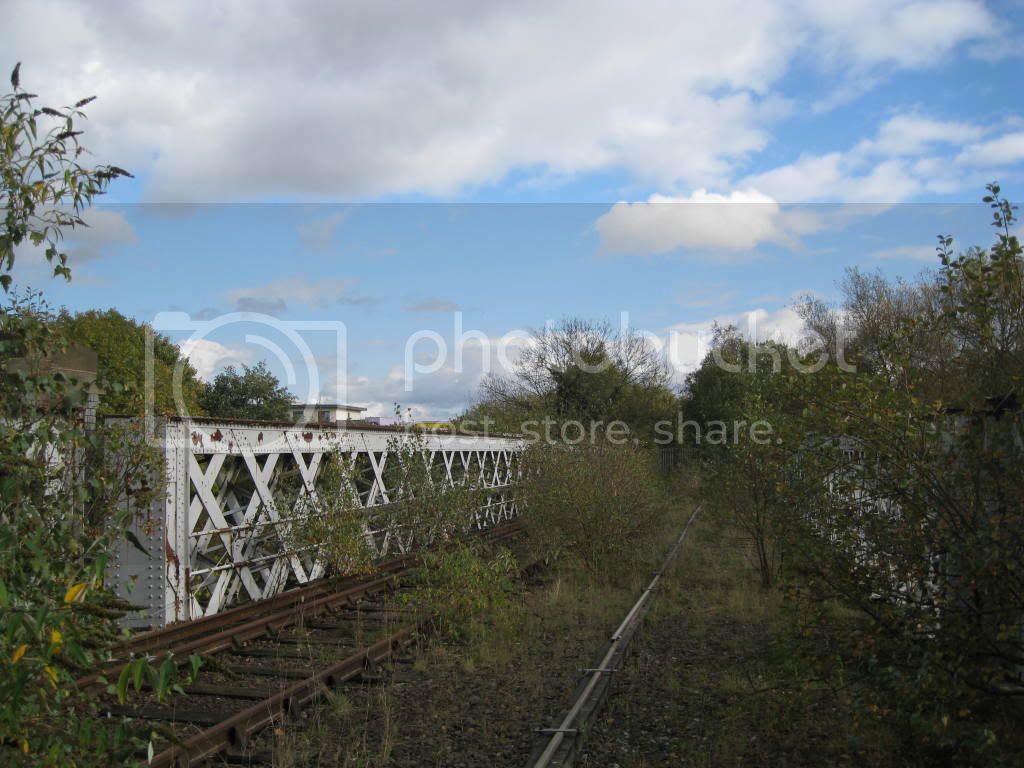 I took these pics in the 90's, suspect about the time the road was altered as the rails end at the road cutting?

Awesome, I remember going here when I was younger, Cool photos!

Really interesting to see the remains plus what it once looked like. Interesting stuff!

Thanks for posting these, interesting to see how it looked just after closure.


Engineer said:
I took these pics in the 90's, suspect about the time the road was altered as the rails end at the road cutting?

I found one more pic. Looking at the area on google Earth etc the old factory is now new houses.

Nice shots. I went there myself a while ago. I also found Watford West station, just a bit up the line. 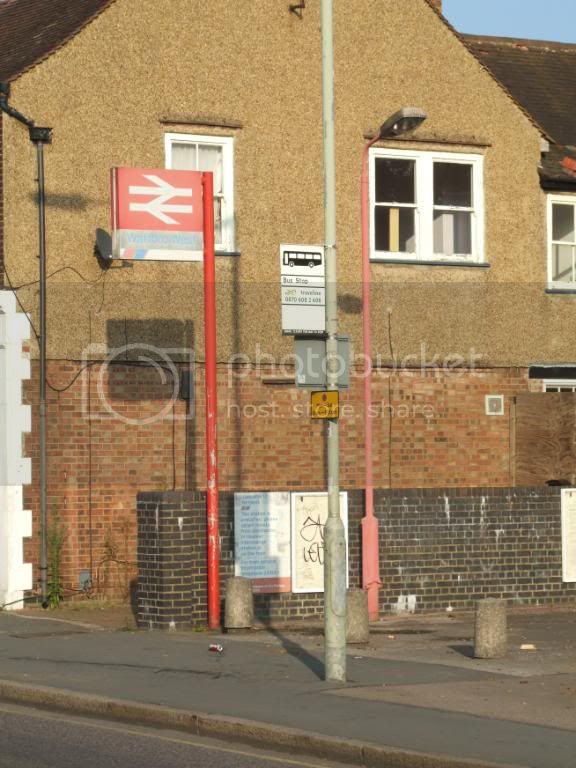 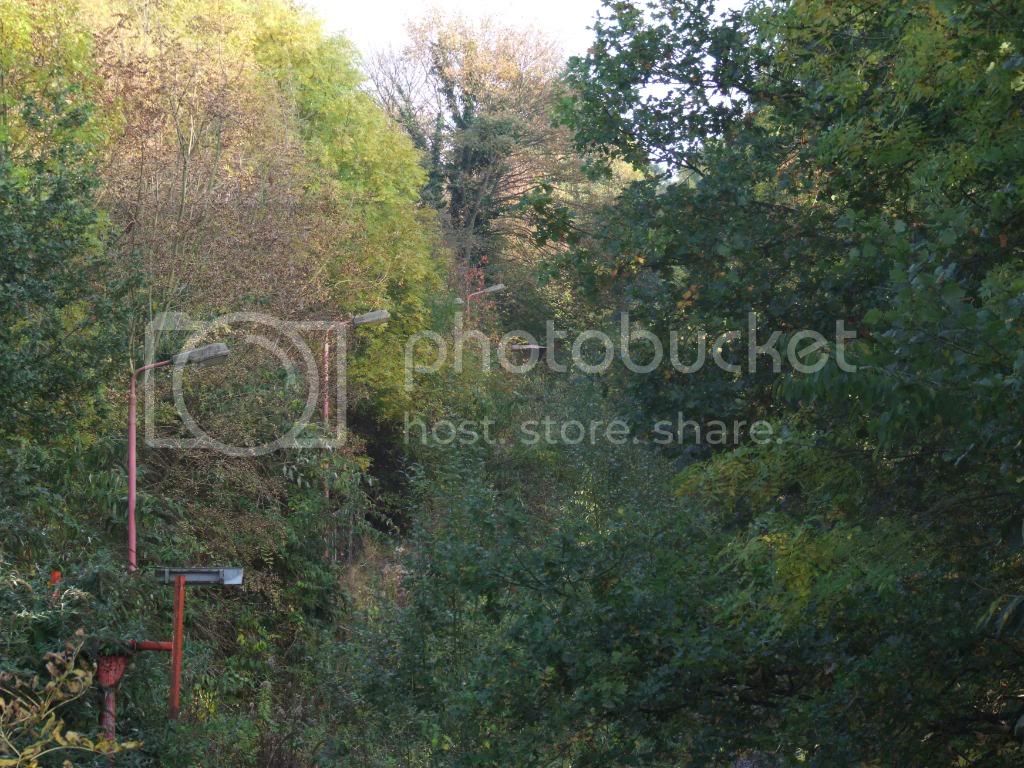 There was also a small halt called Watford Stadium, which was open only on match days. Even if the line reopens, that station will stay closed.

I found this picture of the station in the late eighties. The amount of remodelling that took place was ridiculous when the line was already in decline and there was no need. It would close only a few years later.

Very interesting pics, I must have been there in 1997.
M

I have been lurking here for quite a while, wonderful site.

Well this station is very close to where I grew up so I knew it when it was open and used.

[ame]http://en.wikipedia.org/wiki/Croxley_Green_railway_station[/ame] has lots more info on it, and some great pics of the local engine sheds etc. Now sadly long gone!!

There is still talk of re-opening this line to link the Met line to Watford Junction.

Re-opened for TDF to add some more information.

The Government have approved plans to re-open the lina as part of the Metropolitan line to Watford Junction.

Just found pictures of what is left of Croxley Green station as of January 2012. As the pictures were taken at winter-time you can get an excellent sense of the station looks more than fiftenn years since it was abandoned.

The remnents of Watford West and Watford Stadoum will obviously be cleared and removed but I wonder what will happen to Croxley Green as it is not on the new route. Will it be cleared as part of the project or will it be left to rot?

Here is the link to the pictures:

The stations on these lines were massively scaled down in the final years and pictures of the scaled down stations taken in the final few years before the 1996 mothballing of the line show the stations in their final years. The Croxley Green pictures show the station from both directions, giving an excellent view of the entire station and I think you'd struggle to find a more basic station in terms of lack of facilities - I couldn't even spot a shelter.