The valleys in the pennines have for, some time now, fascinated me. Littered with the ruins of mills, many demolished over a century ago. Thousands of people worked 60-70hr weeks in what would have been harsh conditions and yet in places so little remains that you would never believe it.
Have wanted to find this mill for ages but its remoteness, vague footpaths and a harsh climb, not to mention the 2 mile walk each way have always put me off.
But not this time.......

A cotton-finishing mill was developed at Deeply Vale in 1801. This was Cob House Nab Mill, a printing works with adjoining cottages. It was two storeys high, and by 1813 the surrounding 30 acres of land contained reservoirs, drying houses, dye houses, stables, and a ‘colour-shop’. This mill was washed away in 1828 by the storm-swollen brook, and while it was being rebuilt the new owner, Mr Earnshaw, was killed after he fell into the gearing.

Another mill was developed on Deeply Hill, a few hundred metres to the north, in 1834, and a few years later it was combined with the lower mill to become the Deeply Vale Printing Co. By 1846 the new mill had two printing machines and 100 handblock tables for making cloths with three, four or five different colours. Later known as Hardman's Mill, it was closed by the 1890s.

Just below Deeply Vale was Lower Wheel Mill, also known as Washwheel Mill. This was built in the second half of the 19th century and taken over by Joseph Shepherd during the 1880s for the bleaching of cotton waste. In 1919 this became the last mill in the valley to close, and its chimney stack can still be seen there today.
The Deeply Vale works became a paper mill in 1870, but by that time the valleys mills were struggling again and by the end of the century they had all but vanished. There was still some life in the valley, however, and the Deeply cottages remained in use until the 1950s, some of them as holiday homes. The once-thriving communities are gone and what remains are the occasional remnant of a wall or chimneys, and the weirs and the lodges favoured by local anglers. Deeply Vale, however, was to get a short-lived burst of fame in the 1970s when music festivals were held nearby. 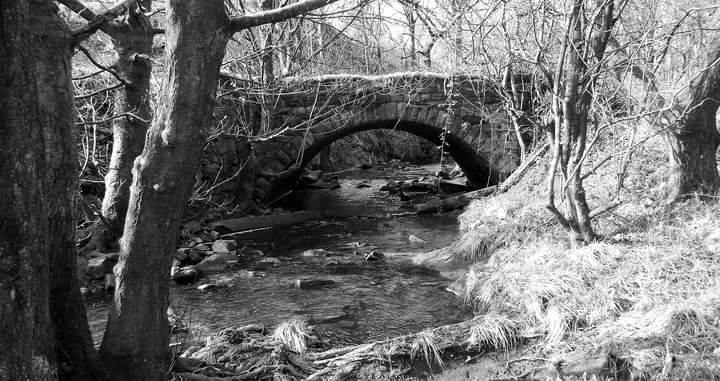 The scant remains of washwheel mill 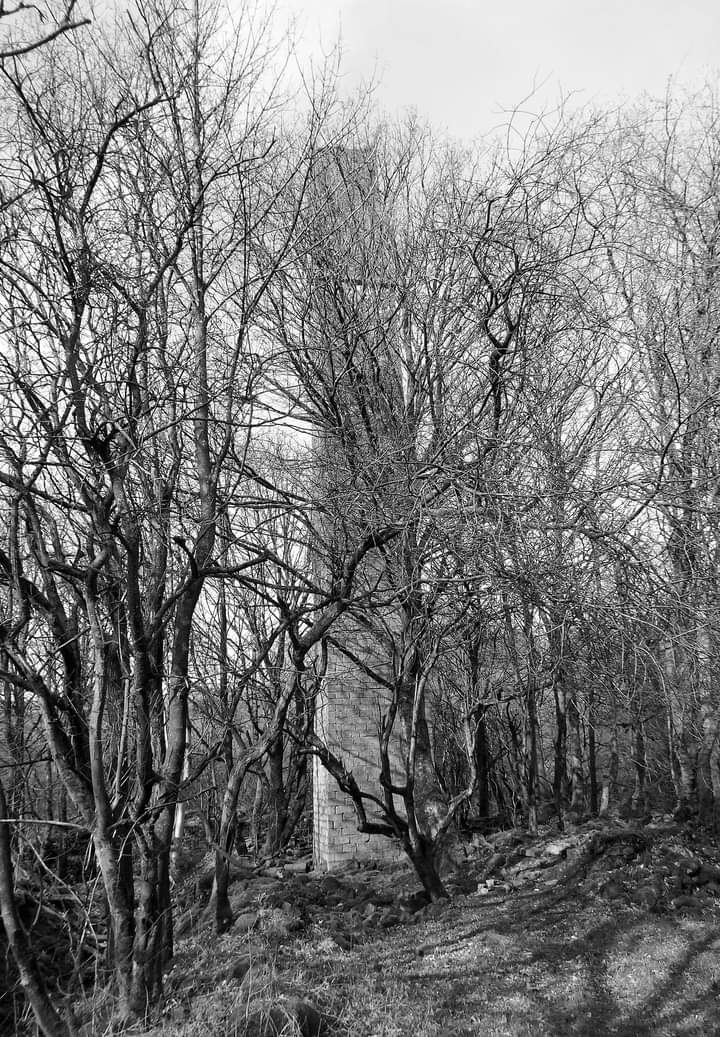 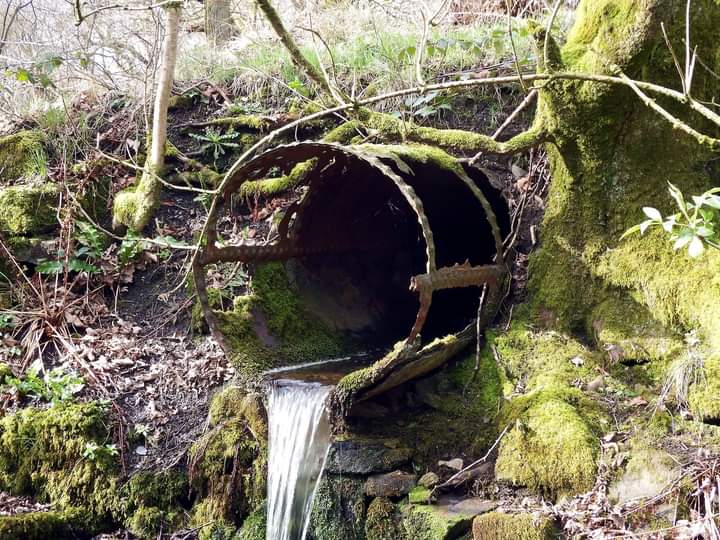 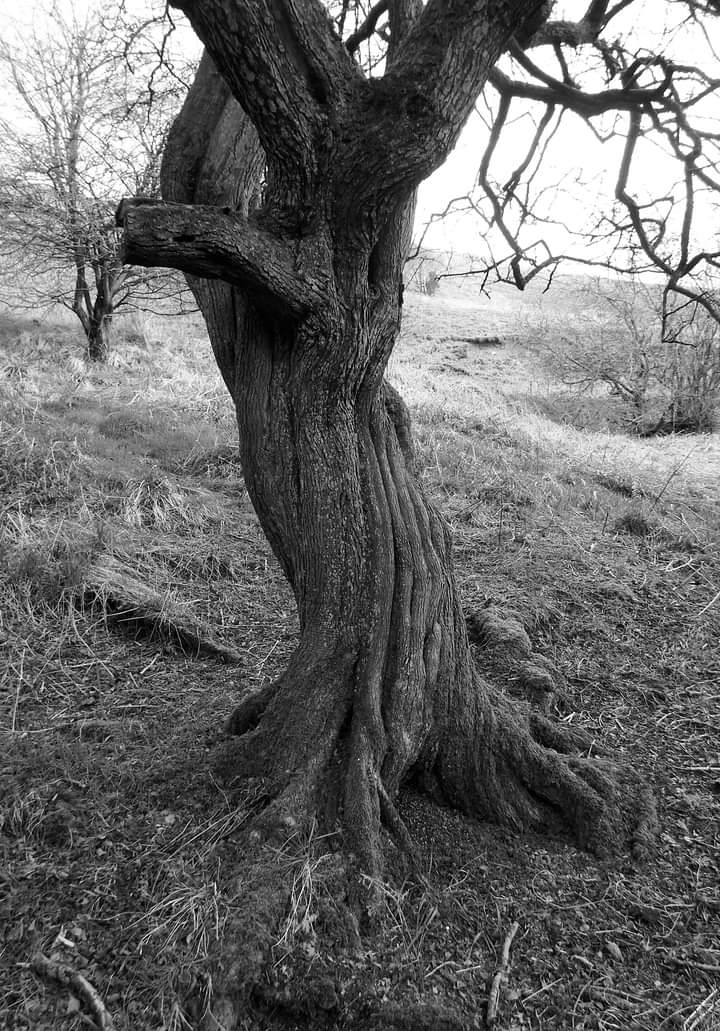 An indigenous species of wild wheelbarrow 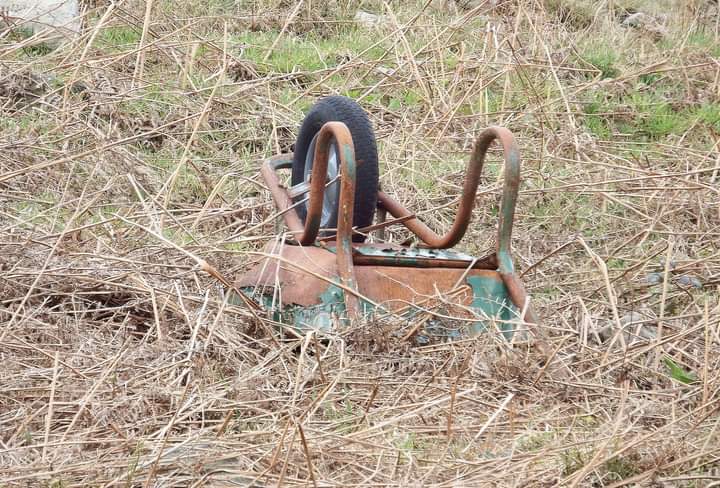 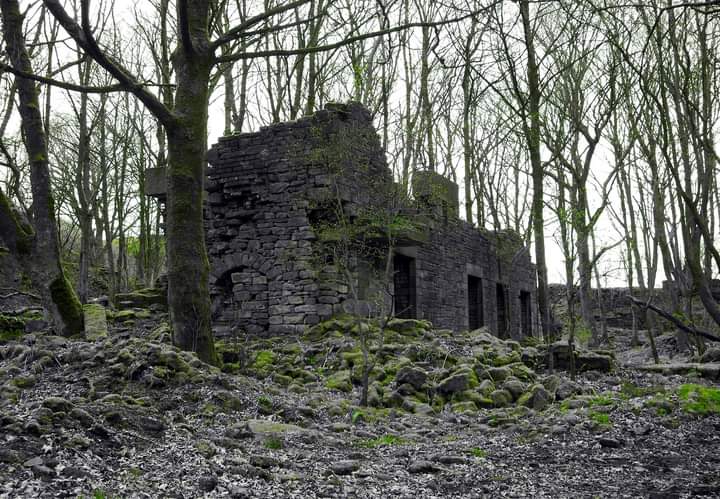 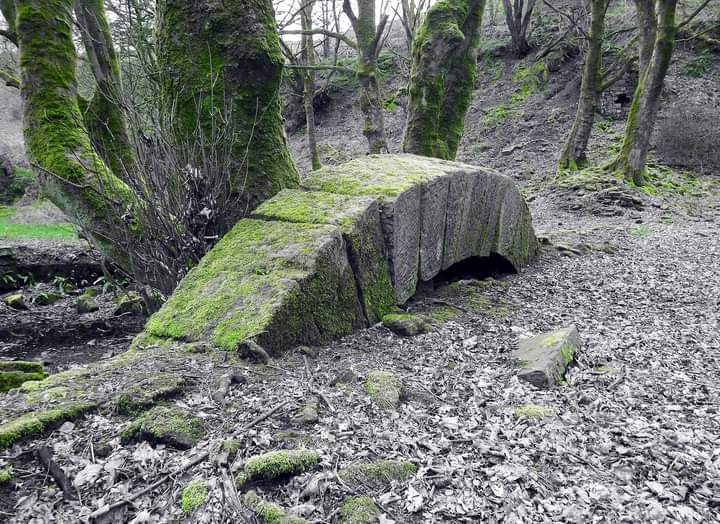 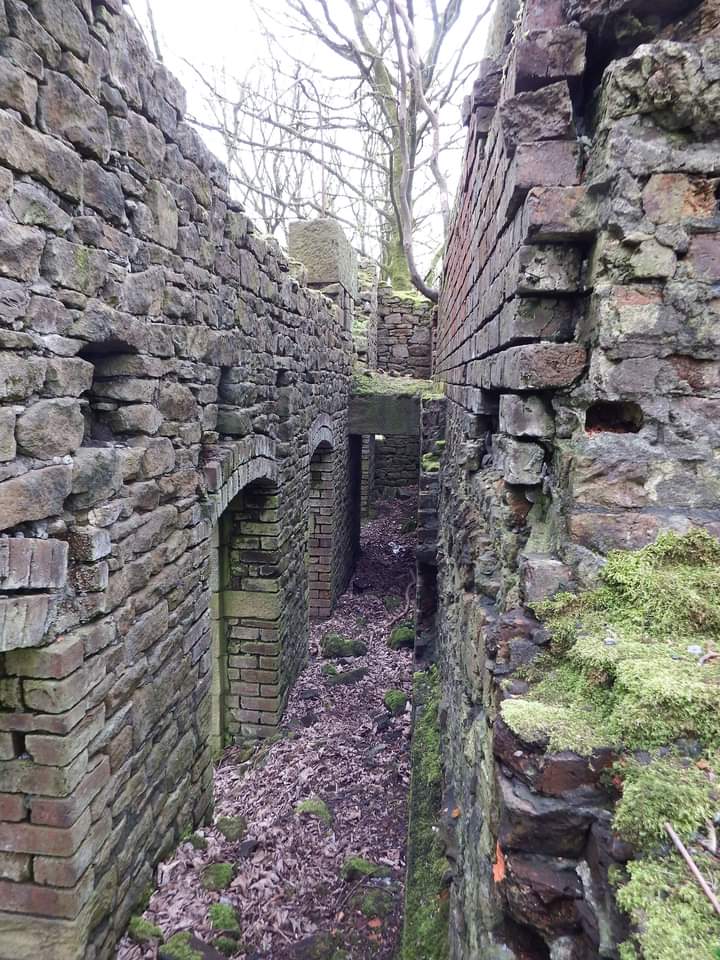 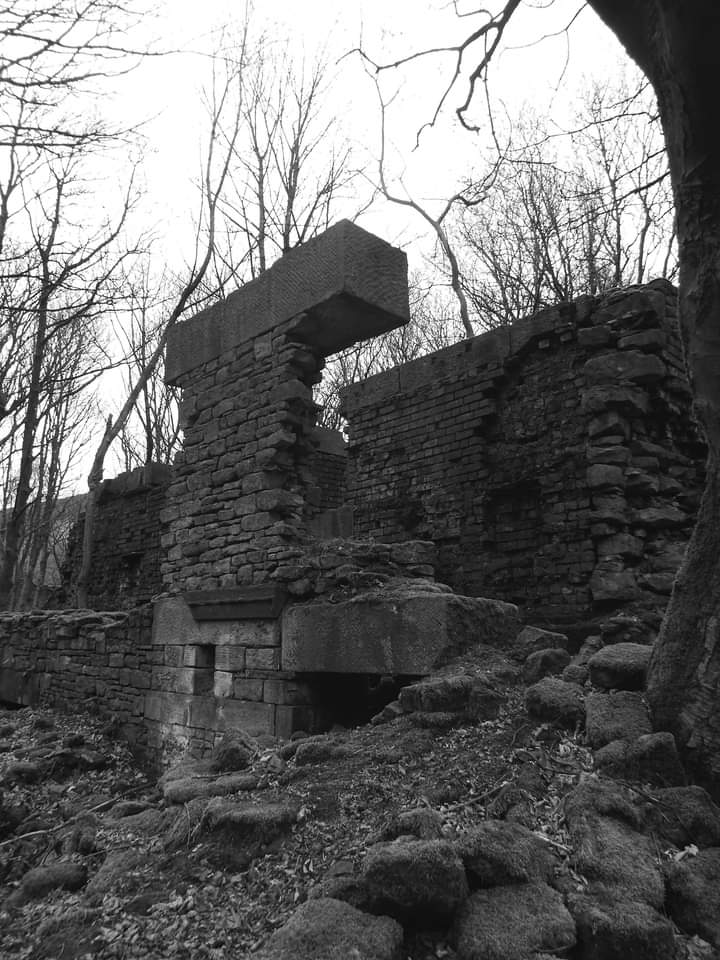 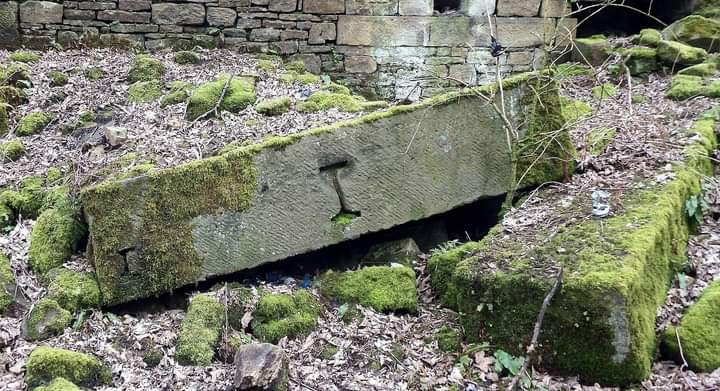 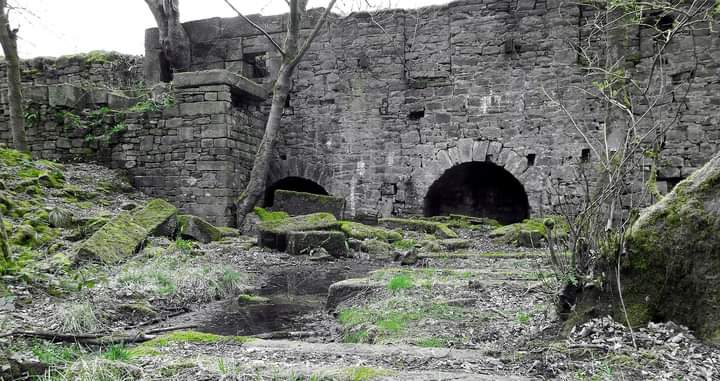 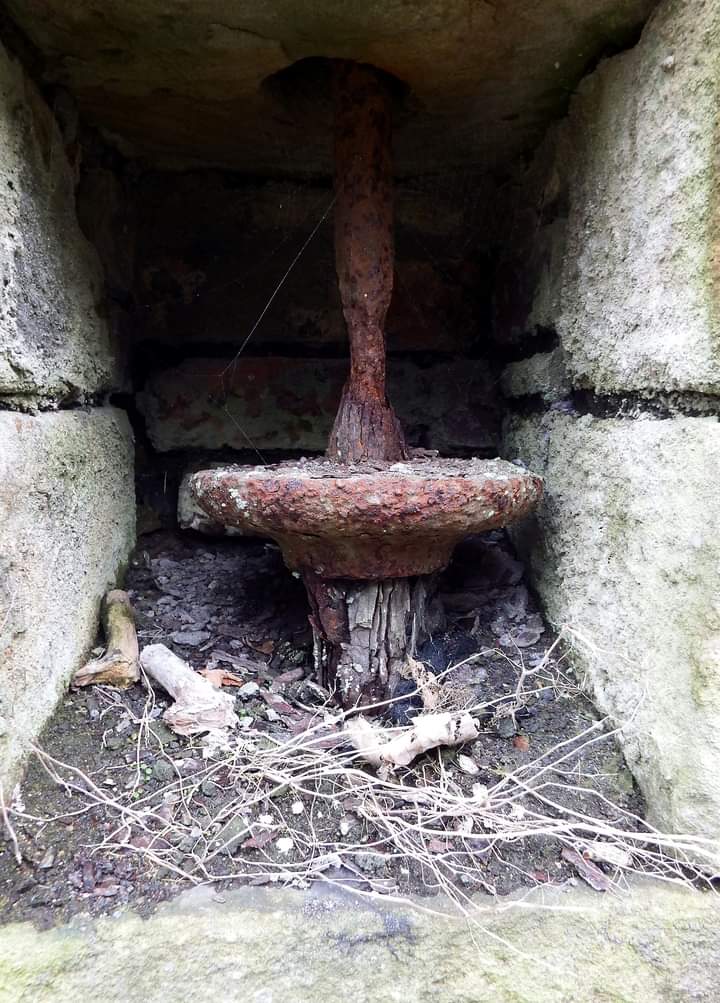 Spotted this on the way back 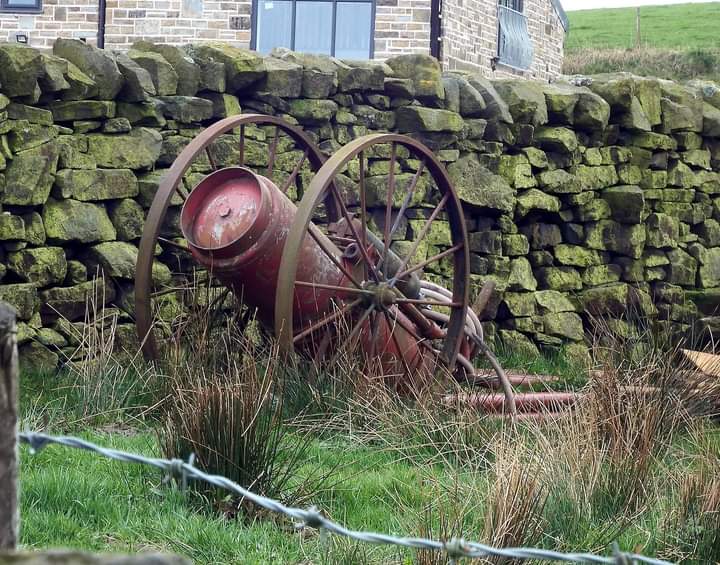 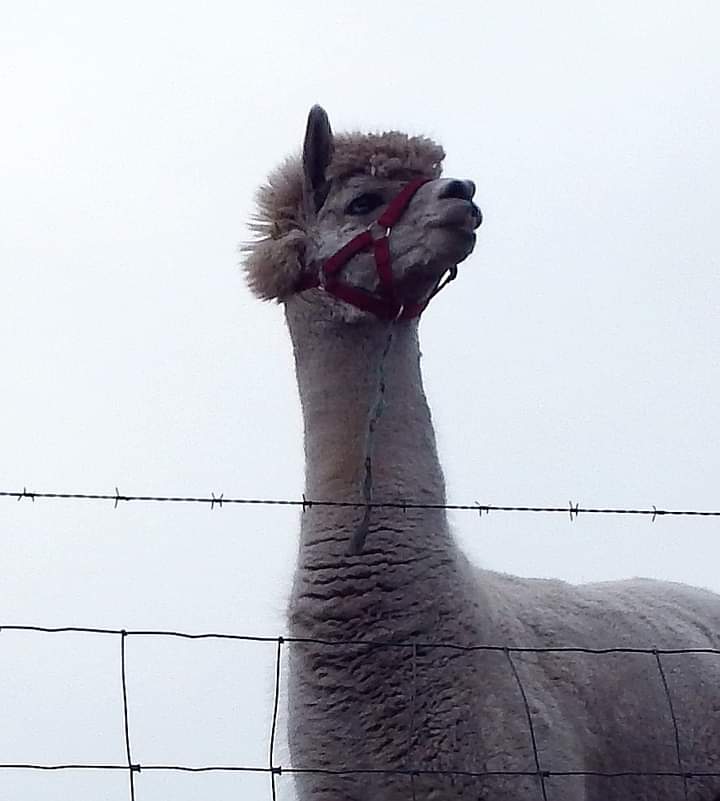