Located on the outskirts of a growing town this site always used to confuse me. When I started exploring this was the first derelict site I explored and instantly became one of my most common places to visit on weekends.
Over 3 years I have seen vandalism take hold of the site as the nearby town's population grew. I stopped visiting the site after I had been caught by security a few (about 6) times. After I heard news of the demolition plans I felt it was worth a revisit, alone. Unfortunately I deleted a couple of photos but hopefully the millions of reports by ExplorerX will provide a replacement.

I have uploaded a video onto YouTube if you want a slightly better look at the site.

The site is massive, around 25+ labs are scattered around although most are now sealed. Thankfully I have a backed up photo of the popular "Labratory X" or Wing 5 which was an observation lab for experiments on animals.

Anyway. On the visit i started with the western side of site and gained access to one of the laboratories. Inside was empty and dark it felt like a prison. 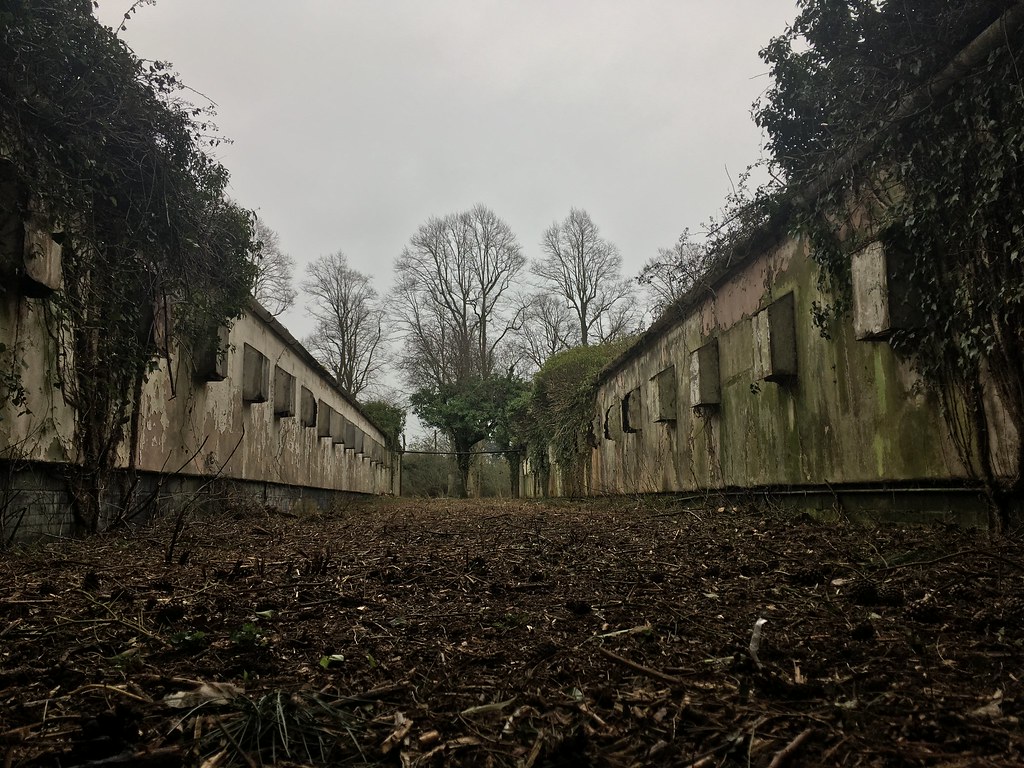 Unfortunately security was tight and I had to leave the site.
I moved to another building which was a leucosis research lab. Leucosis is a form of leukemia in poultry and cattle.
The lab had been heavily damaged and provided to photographic use.

Another building type common in the site was the courtyard building design used for growth of animals and storage. In the storage cells are hooks where cages would have been stored.

I will dig through some files I have and find some more photos of the main labs known as West Wing and East Wing.

It appears I have the photo from the roof.

Most of these photos had been taken on an iPhone 5c so they do look a bit rubbish.

That appears to be all I have. I may attempt another explore but highly doubt it.
Thanks for looking.
KPUrbex: Instagram, Youtube
Last edited: Jun 27, 2018

"prison" and "cells" seem apt words for a place like this.

The buildings history is dark and rather interesting. Some of the rooms had chains on the walls, although I have no photos, which makes it seem like a prison environment.
You must log in or register to reply here.