Been done a few times on different sites, however from what I can tell I may have found some more in depth history.

•1843 Edward Packard was one of the first to manufacture chemical fertilisers by dissolving bones or coprolites in sulphuric acid.
•1847 Joseph Fison and Co established in Ipswich.
•1895 Packard's business was incorporated in 1895 under the name of Edward Packard and Co.
•1919 Packard bought the fertiliser business of James Fison of Thetford; the name of the company was changed to Packard and James Fison (Thetford) Limited.
•1929 In response to deterioration in the business climate, Packard and James Fison (Thetford) Limited amalgamated with 2 East Anglian competitors Joseph Fison and Co and Prentice Brothers (founded 1856); the resultant company was named Fison, Packard and Prentice Ltd. Only Joseph Fison and Co had an extensive sales network oustide East Anglia[1].
•In the next 15 years the company acquired 32 fertiliser businesses (mostly small family businesses) and registered 5 new subsidiaries. As a result the company grew to be one of the largest in its sector in the country.
•1930s Established subsidiaries through arrangement with Imperial Smelting Corporation: a joint company National Fertilizers Ltd (set up in 1934) with its sales subsidiary Fisons' Fertilizers (Western) Ltd, and Corby Basic Slag Ltd (in 1935) as another subsidiary. Agreements made with Stewarts and Lloyds and Richard Thomas and Co to take almost all the by-product basic slag from their Bessemer plants[2].
•1937 Acquired Anglo-Continental Guano Works Ltd, its largest competitor, on the sudden death of the manag director of Anglo-Continental. Rationalization of the company's production continued.
•1937 Acquired controlling interest in Genatosan Ltd.
•1942 The Company formally changed its name to the shorter Fisons Ltd in 1942. A rationalized sales policy was introduced on a national rather than local basis with much greater emphasis on use of merchants rather than sales agents.
•Post WWII: expansion into pharmaceuticals, medicines, fine and industrial chemicals, pesticides and milk powders, generally by acquisition.
•1951 New superphosphate factory built at Immingham Dock.
•1951 Collaborated with other companies in establishing United Sulphuric Acid Corporation Ltd to make acid from anhydrite.
•1954 End of commitment to ICI which had inhibited Fisons from making nitrogenous fertiliser.
•1957 Agreement with Shell to obtain ammonia and nitric acid; construction of plant to make ammonium nitrate at Stanford-le-Hope.
•1970 Fisons owned parts of the Somerset Levels where they extracted peat. In 1970 one of their staff Ray Sweet discovered the remains of a timber trackway. It has been dated to 3807 or 3806 BC, and is now known as the Sweet Track. A portion is now in the collection of the British Museum.
•In the early 1980s the Company decided to focus on pharmaceutical products and its fertilizer activities were sold to Norsk Hydro in 1982.
•1990s Many years of successful growth were financed by sales of sodium cromoglycate in a variety of formulations used to treat asthma and allergies of the eye among several disease areas. However, the loss of lucrative product licences for Opticrom and Imferon in the USA in 1991 and the failure of clinical trials for Tipredane, an asthma drug, in 1993 revealed bleak prospects for the business.
•1995 the instruments Division was sold to U.S. Thermo Instrument Systems while the Research and Development facilities in Loughborough and Rochester, New York with their pipelines were acquired by the Swedish company Astra AB.
•1995 the Company was acquired by Pennsylvania-based Rhone-Poulenc Rorer, Inc., which in turn was wholly owned by France's chemical giant Rhone-Poulenc S.A.

I have linked the PDF, it is too long to type up and looks weird copied and pasted, plus I wanna get to an explore and time is getting on.. It includes 2 photos of what it used to look like.

So we went down the road it is officially on but due to it being a weekday it was quite hard to get in without being noticed. We found a beaten old track just wide enough for my car (silver before that, but now full on muddy brown, should get it washed really!)

I would advice taken a very good torch or going during the day as its potentially a very dangerous site! 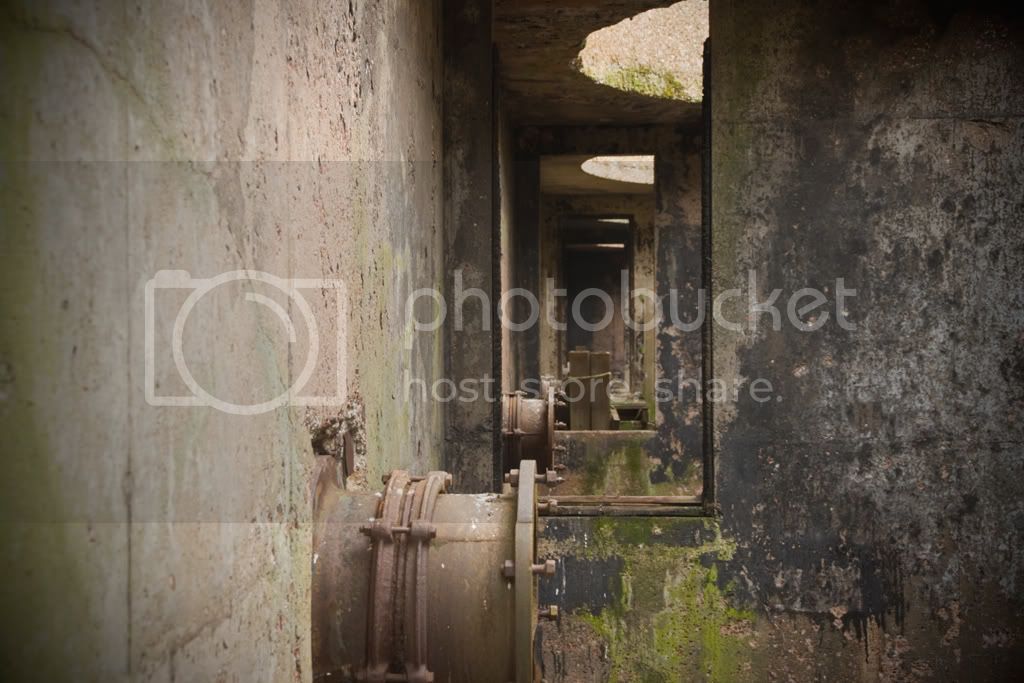 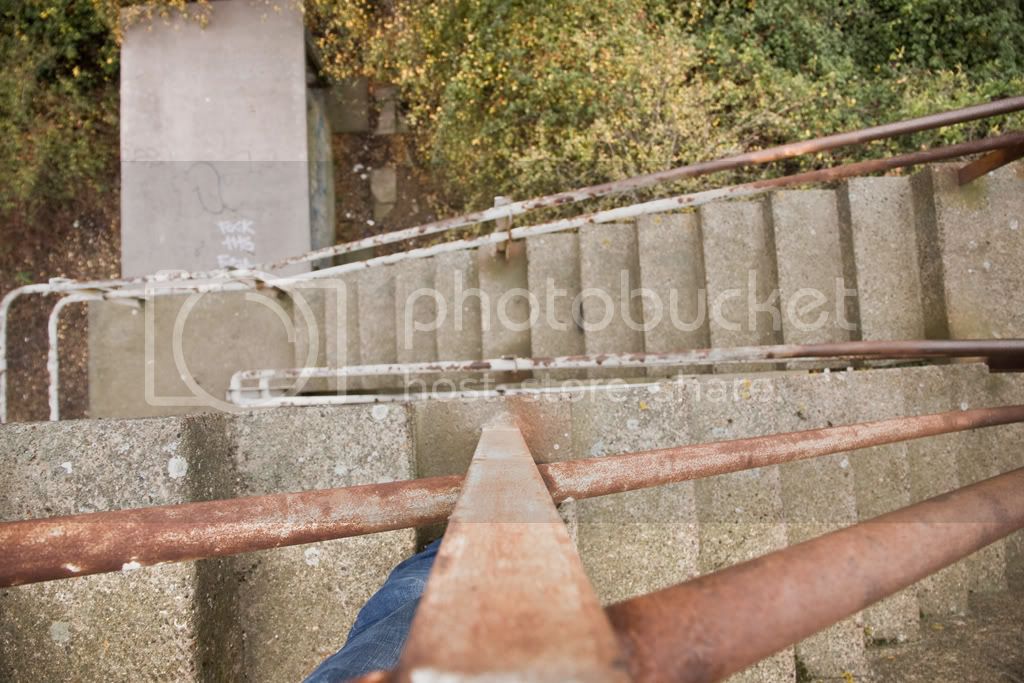 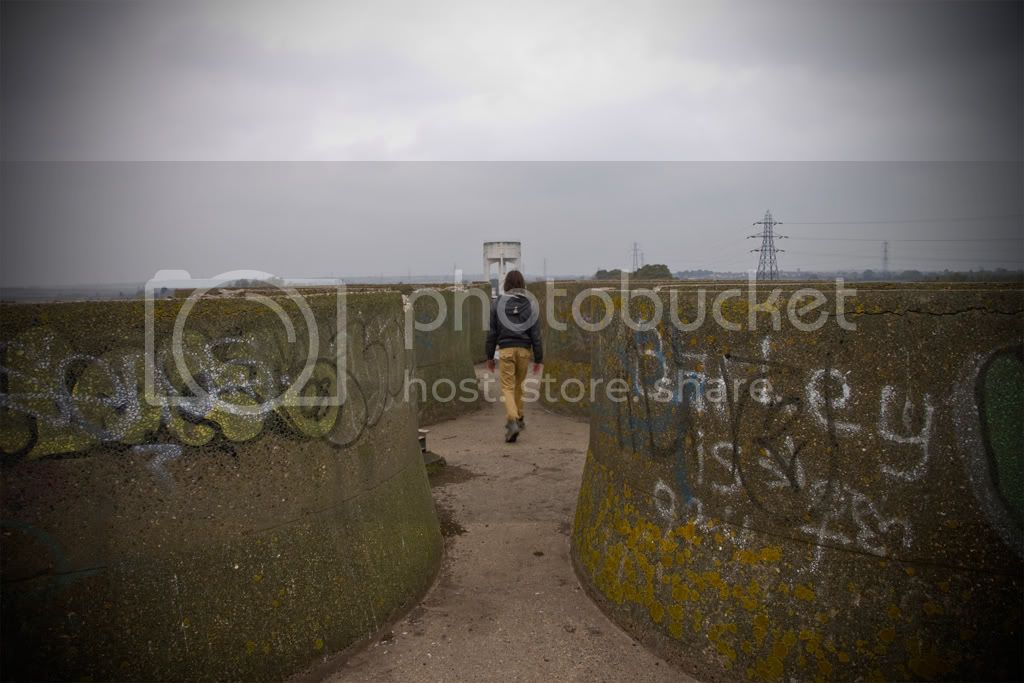 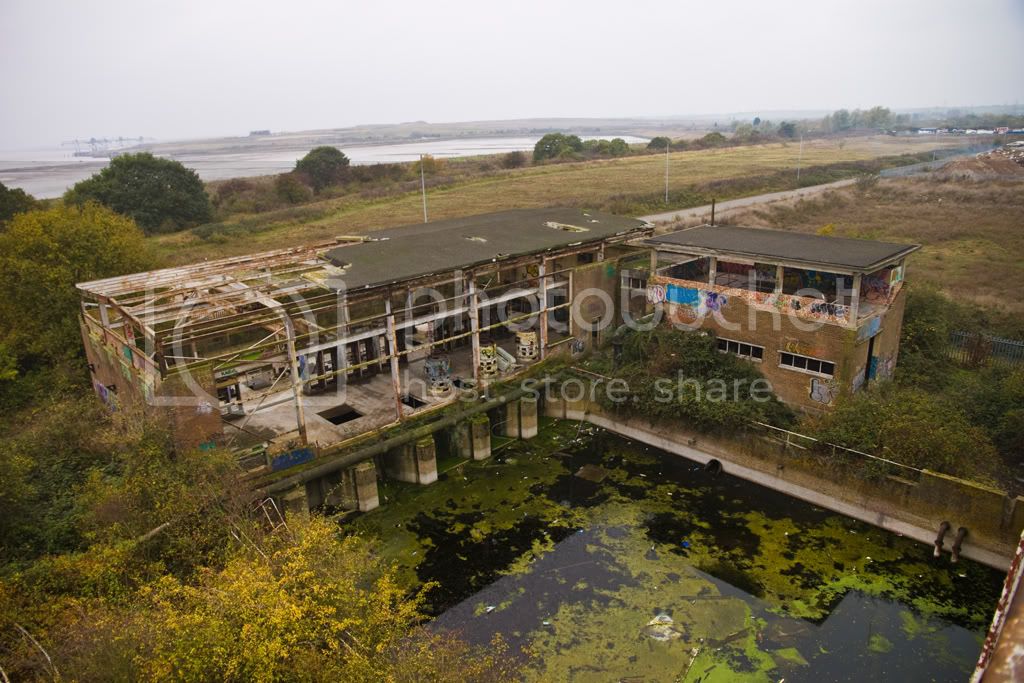 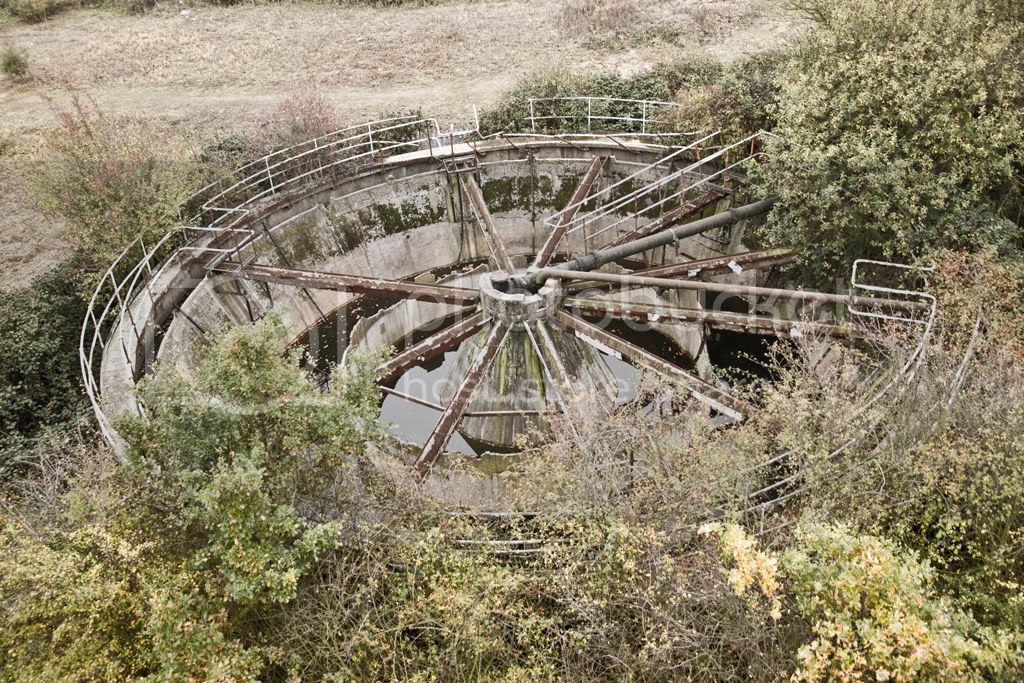 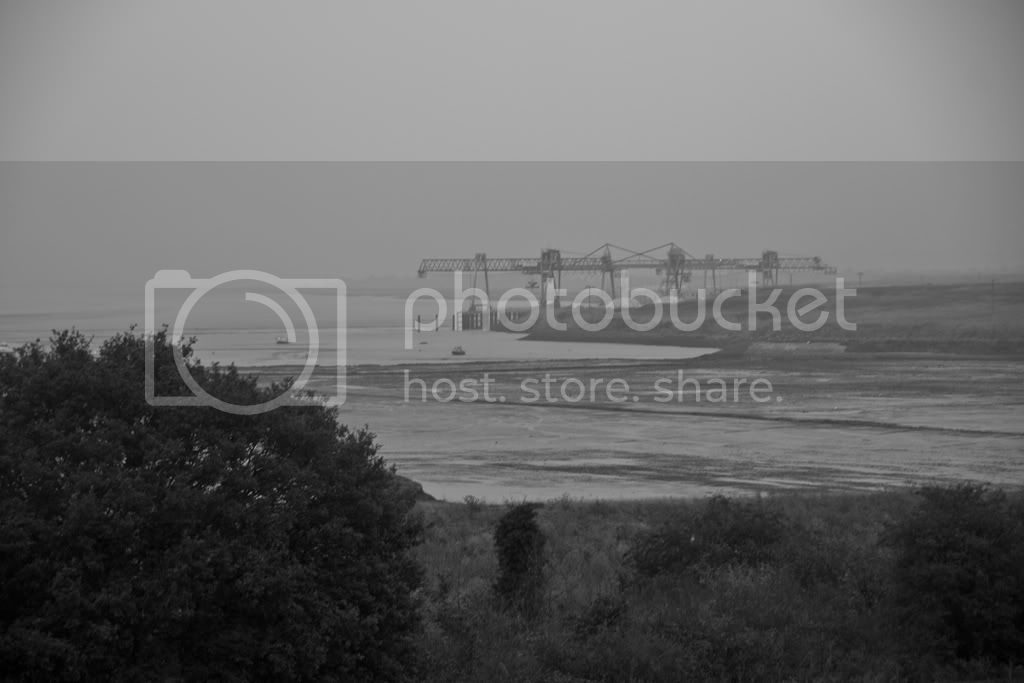 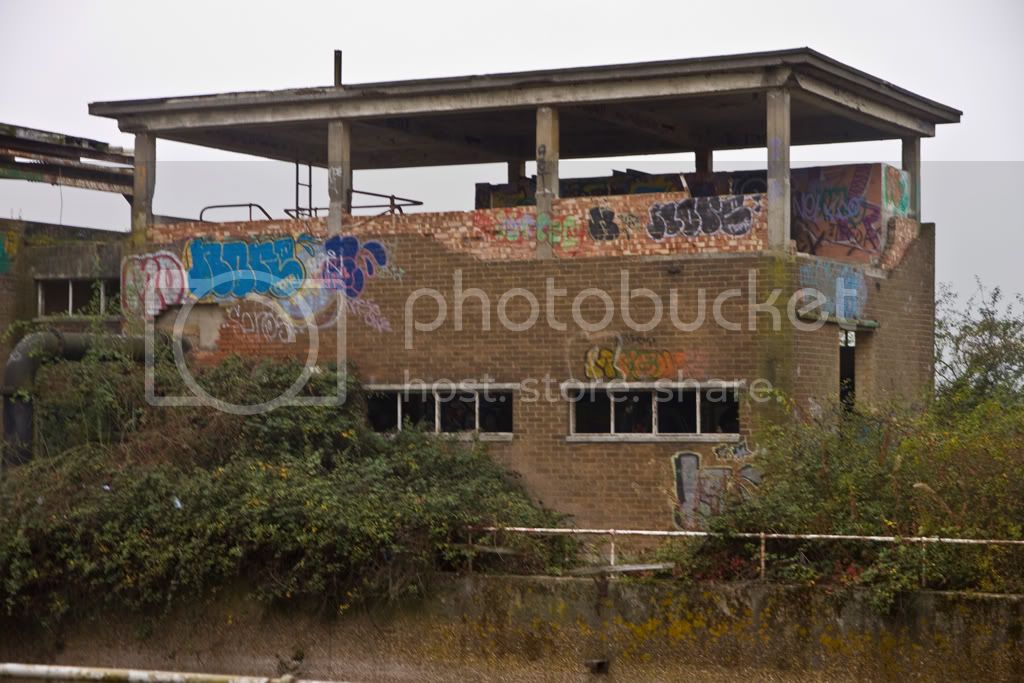 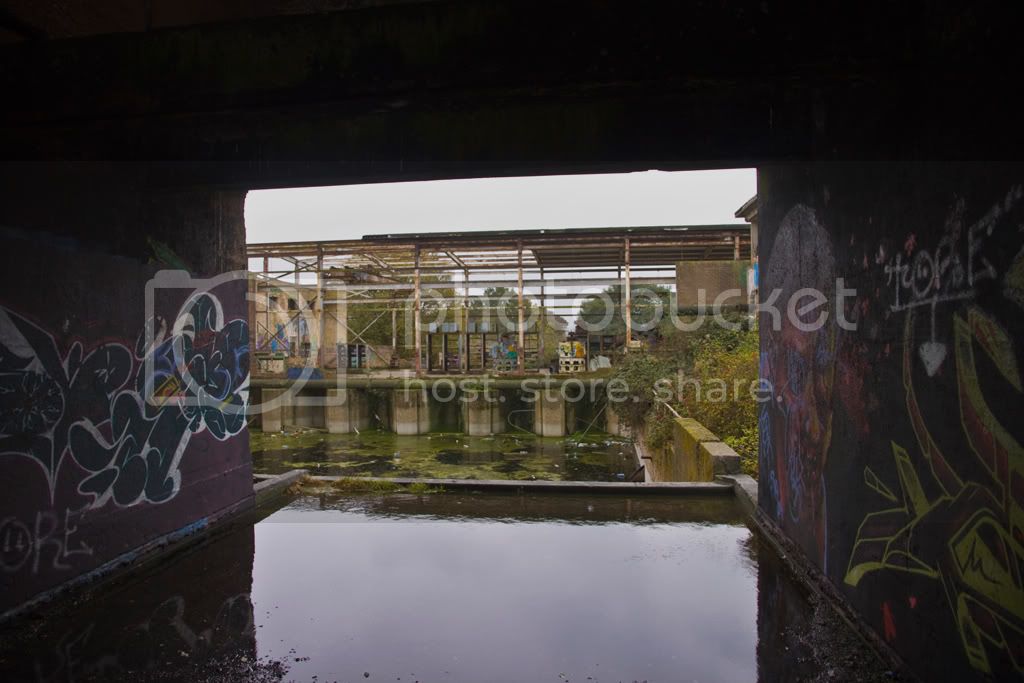 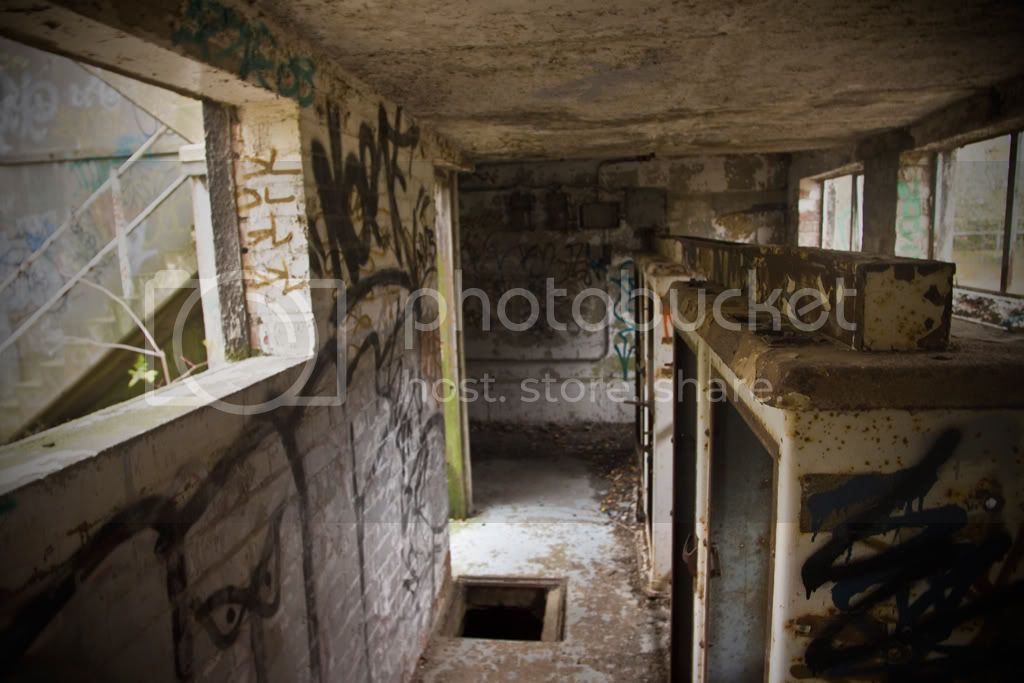 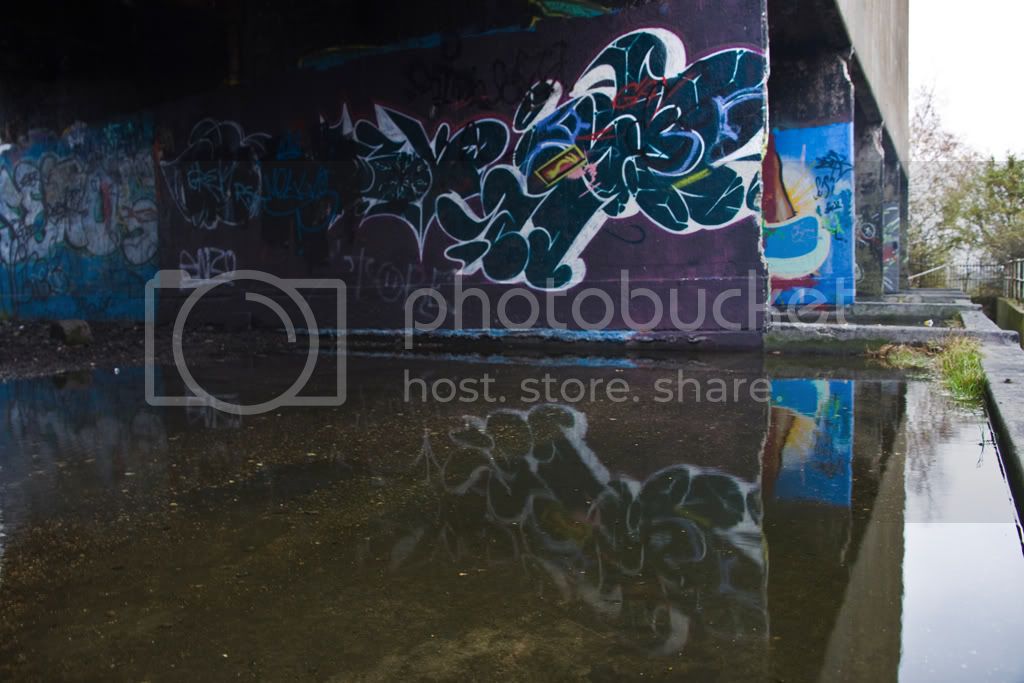 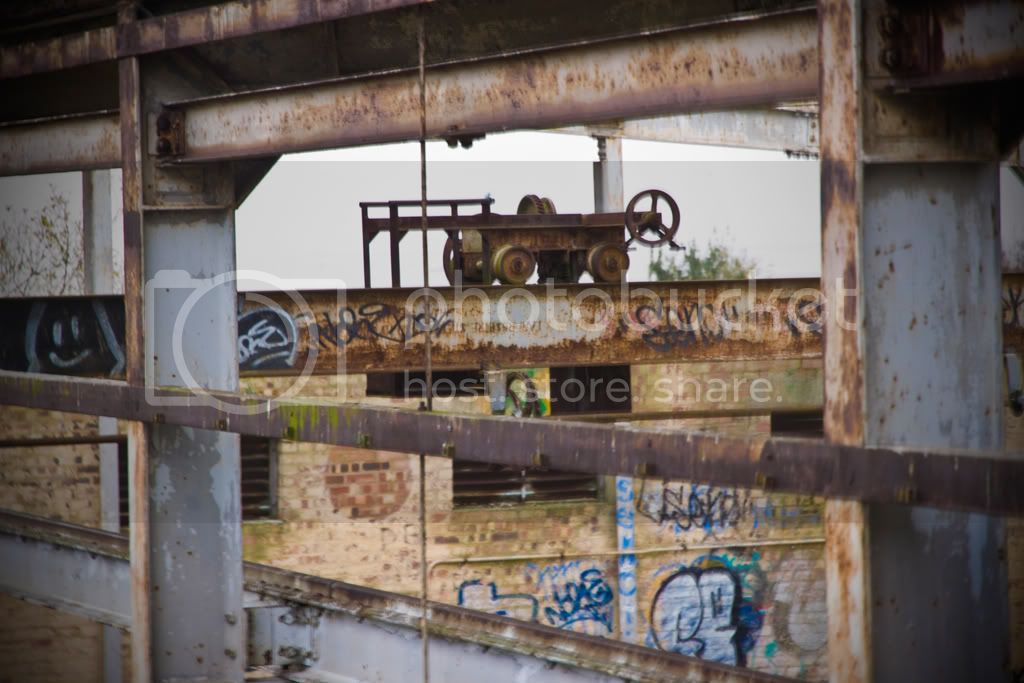 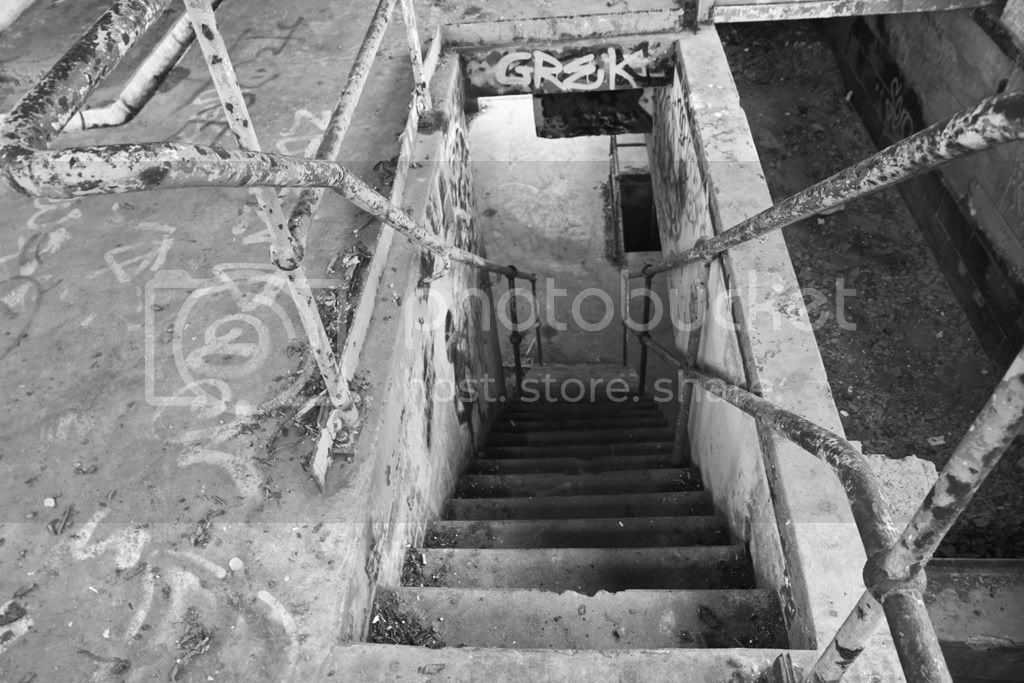 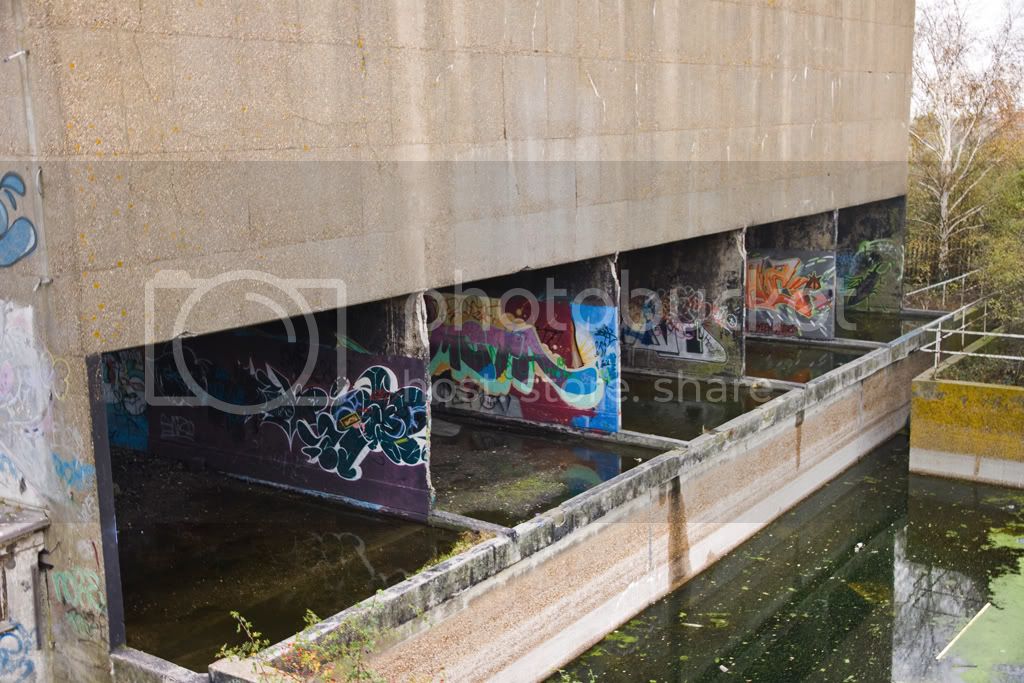 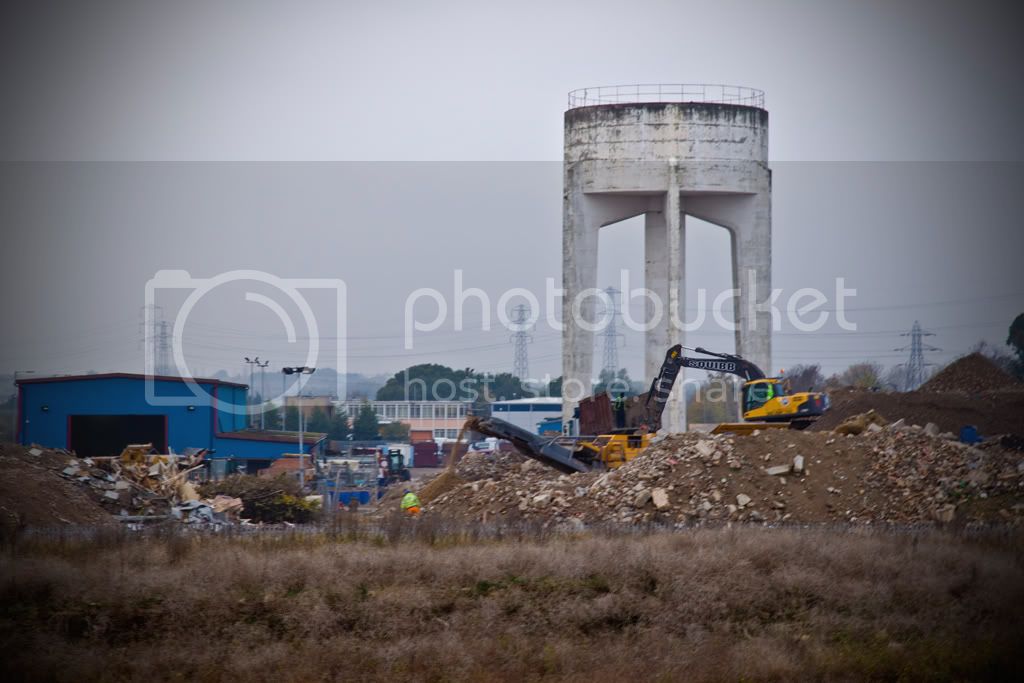 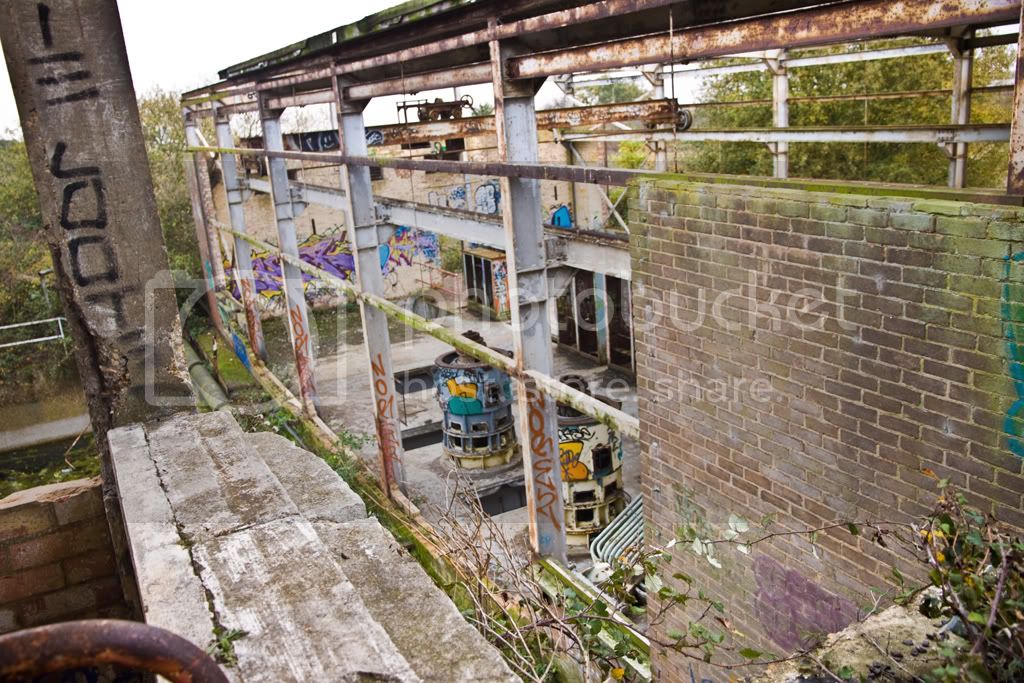 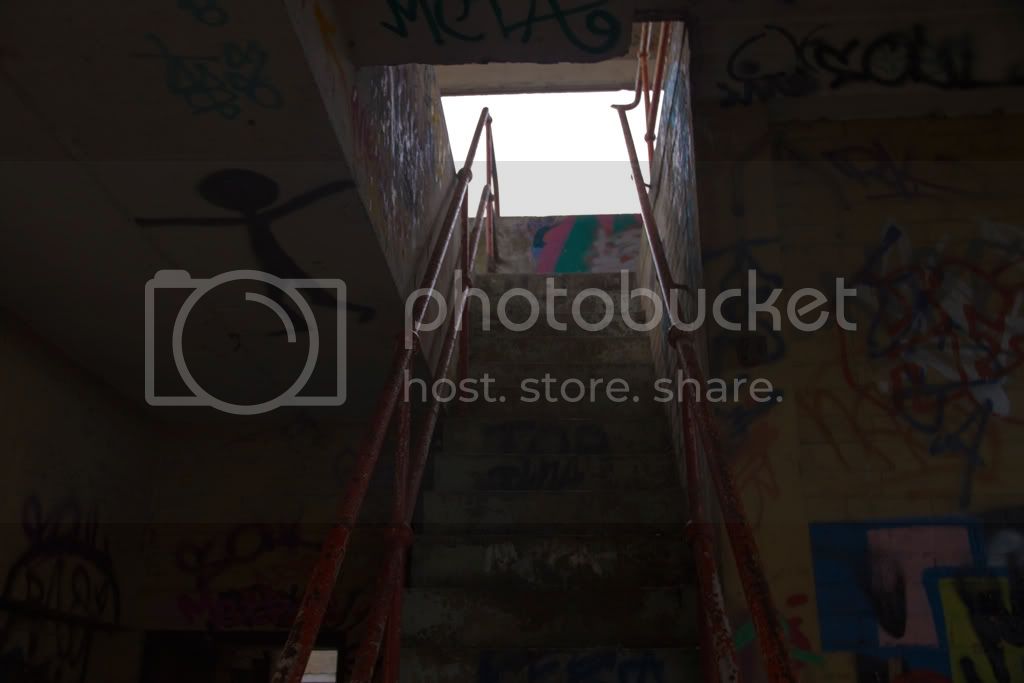 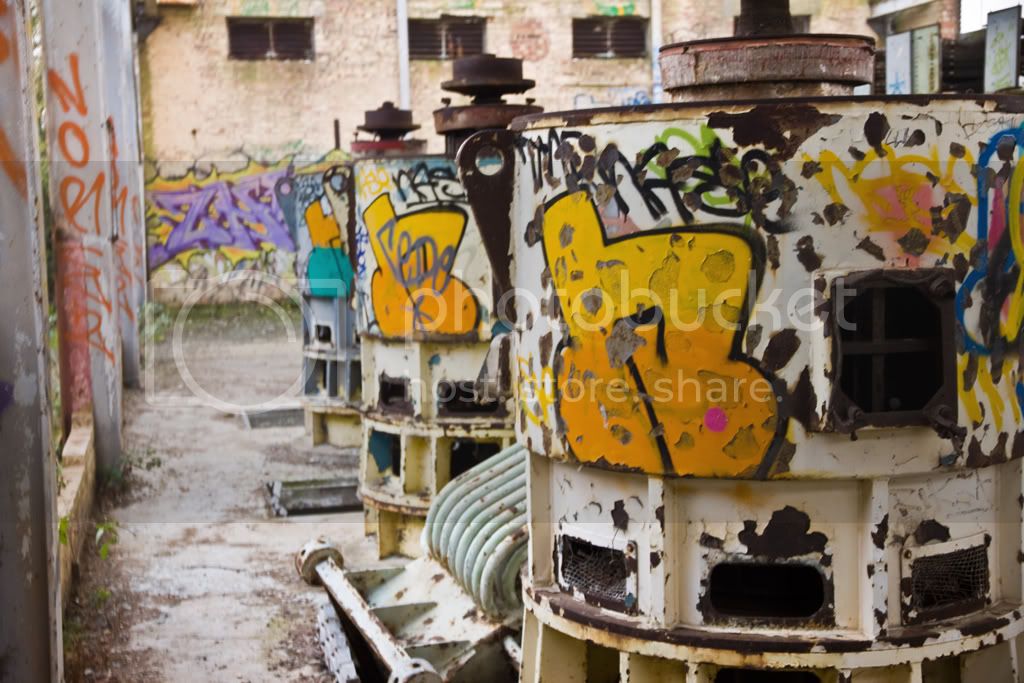 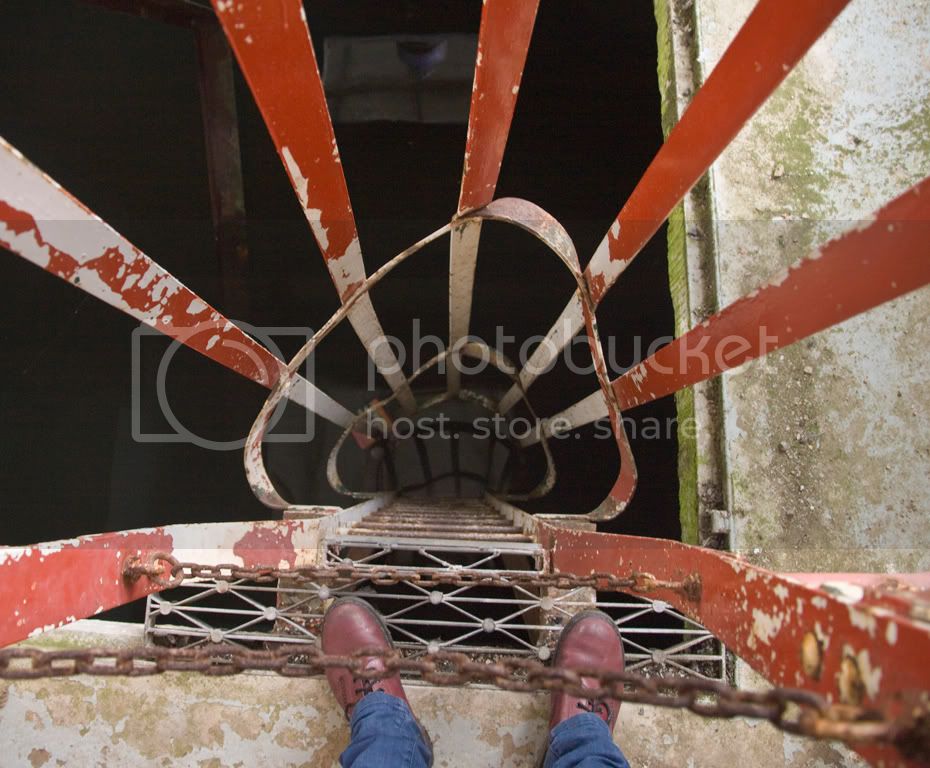 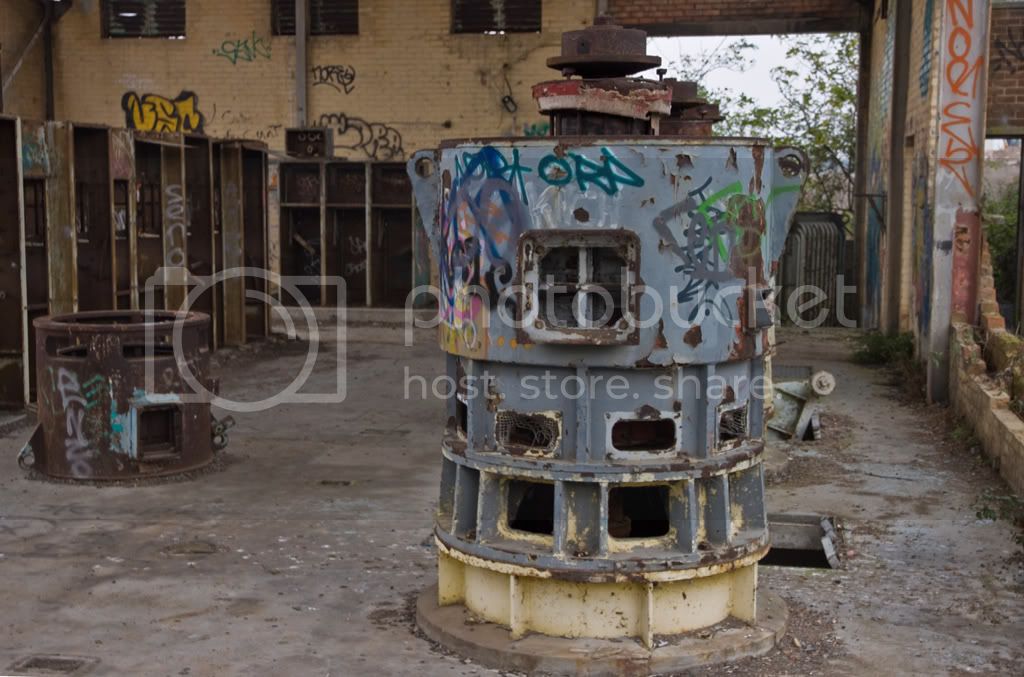 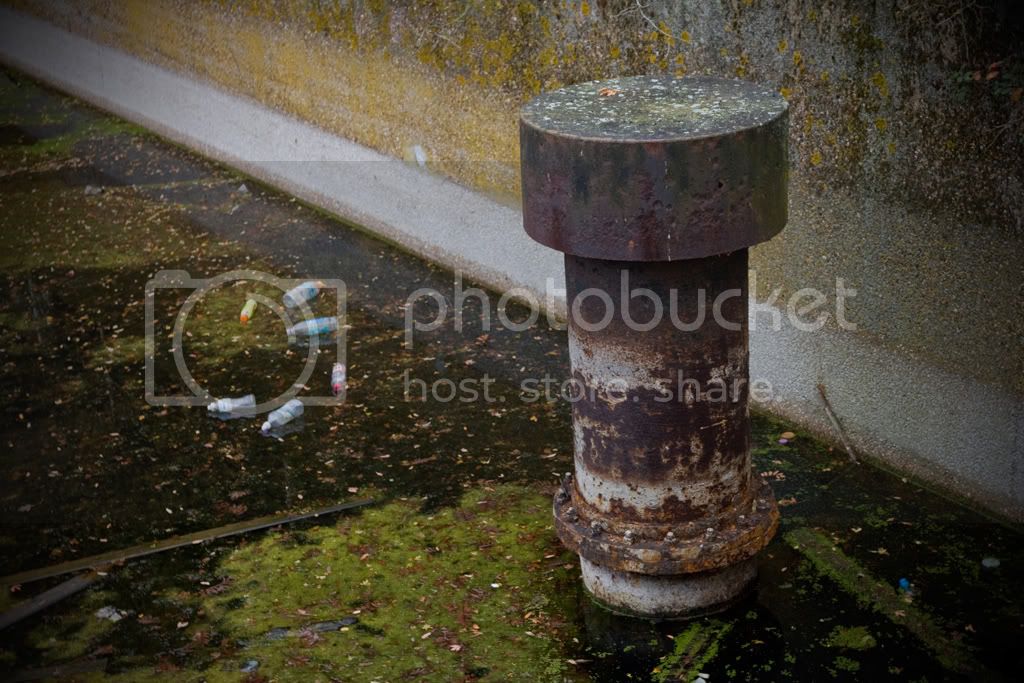 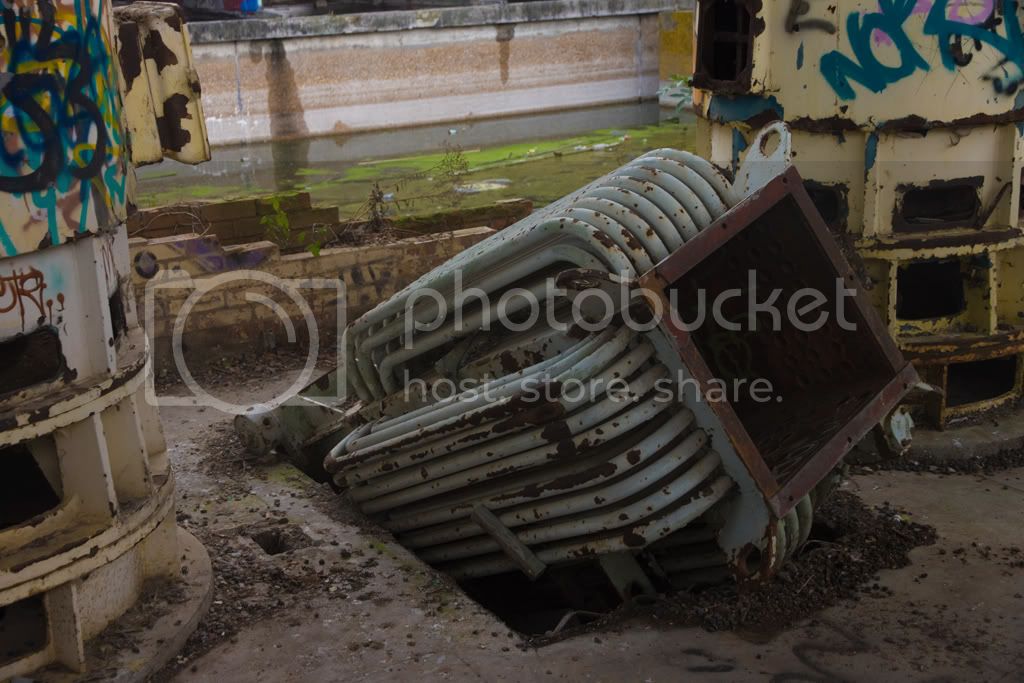 This is a crane company 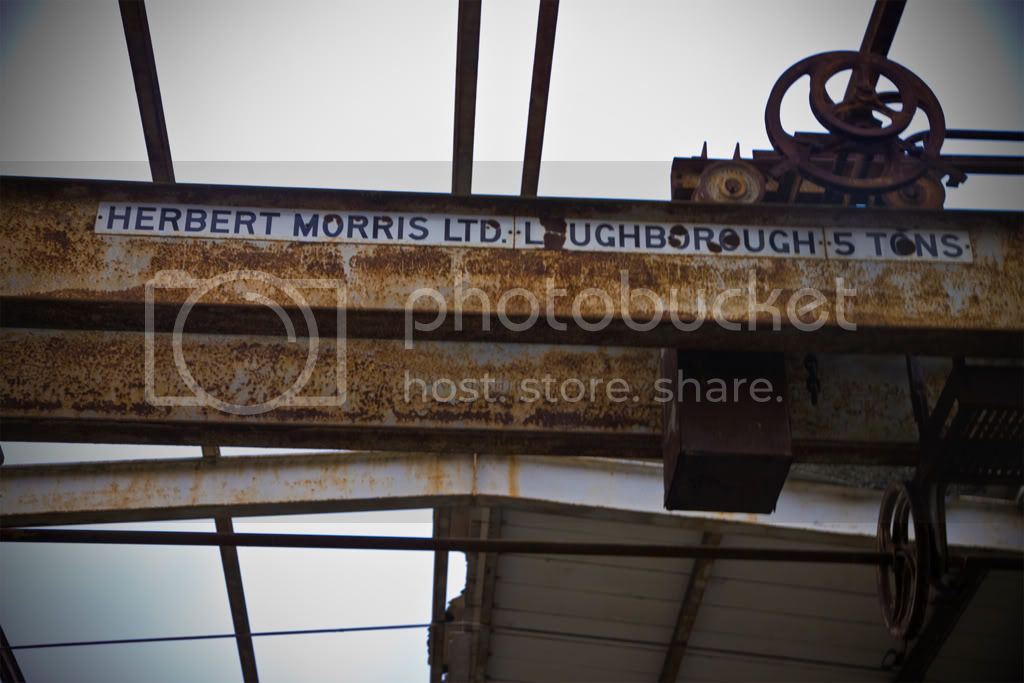 The bottom floor was flooded 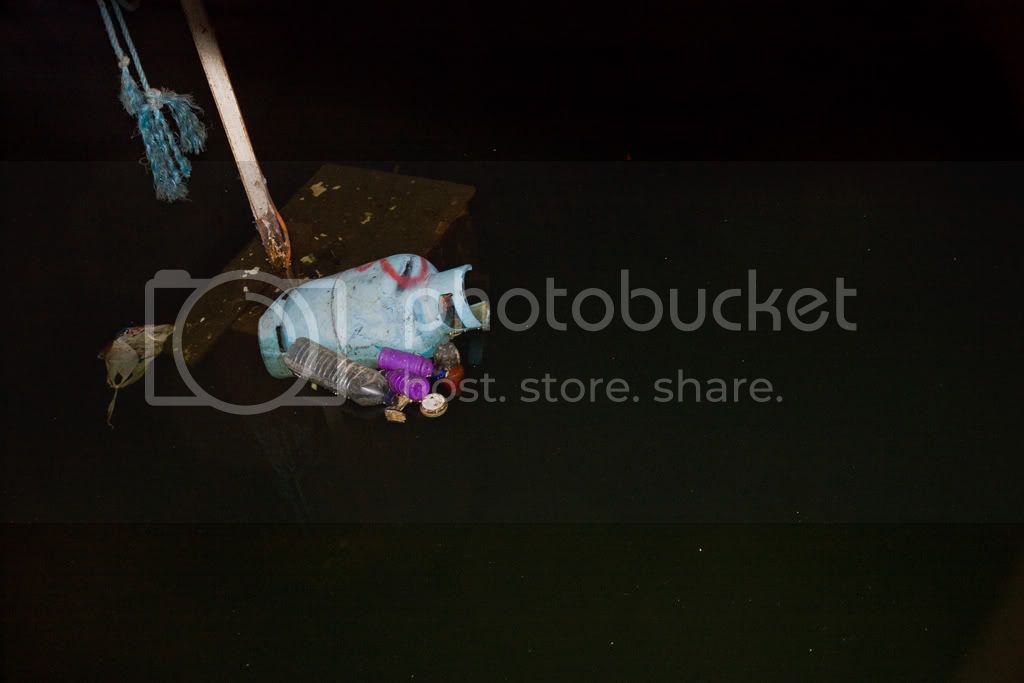 Stairs to a flood 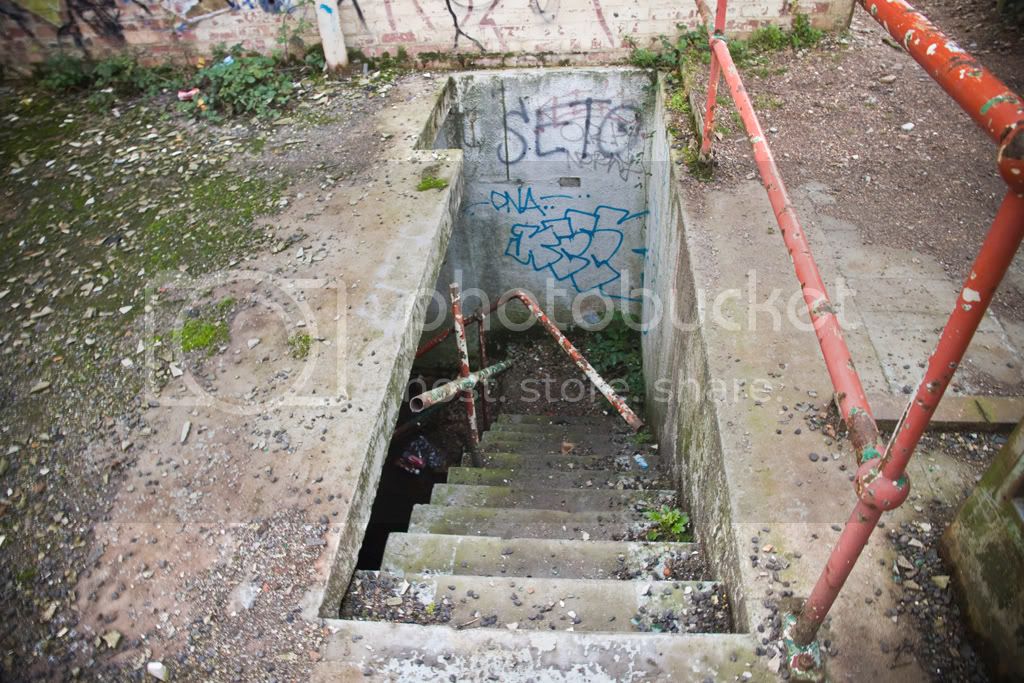 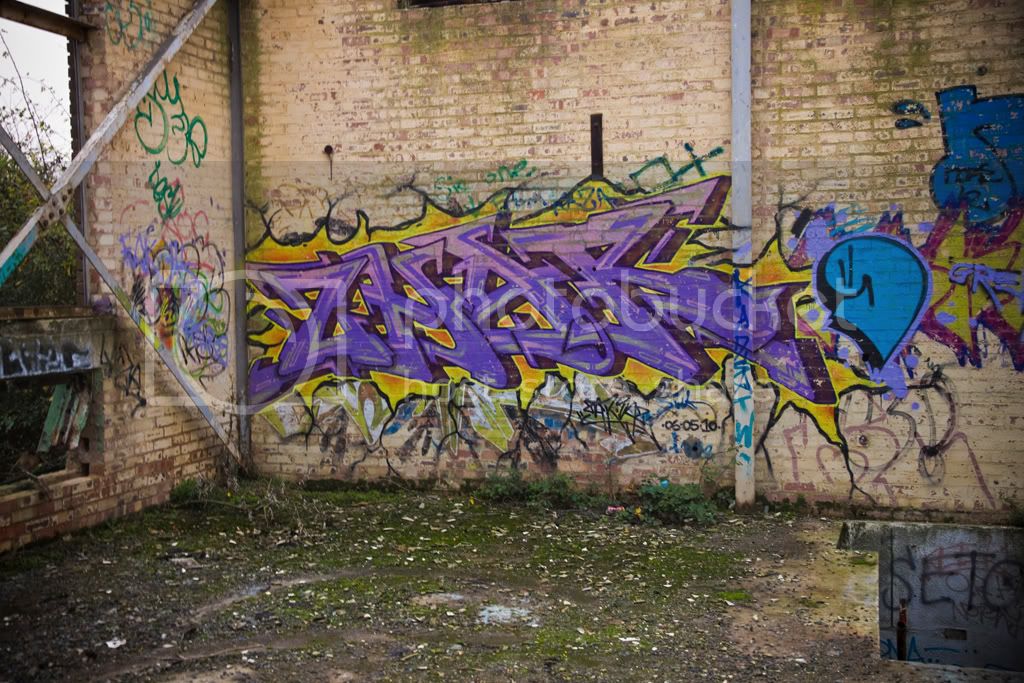 Pint of the green stuff? 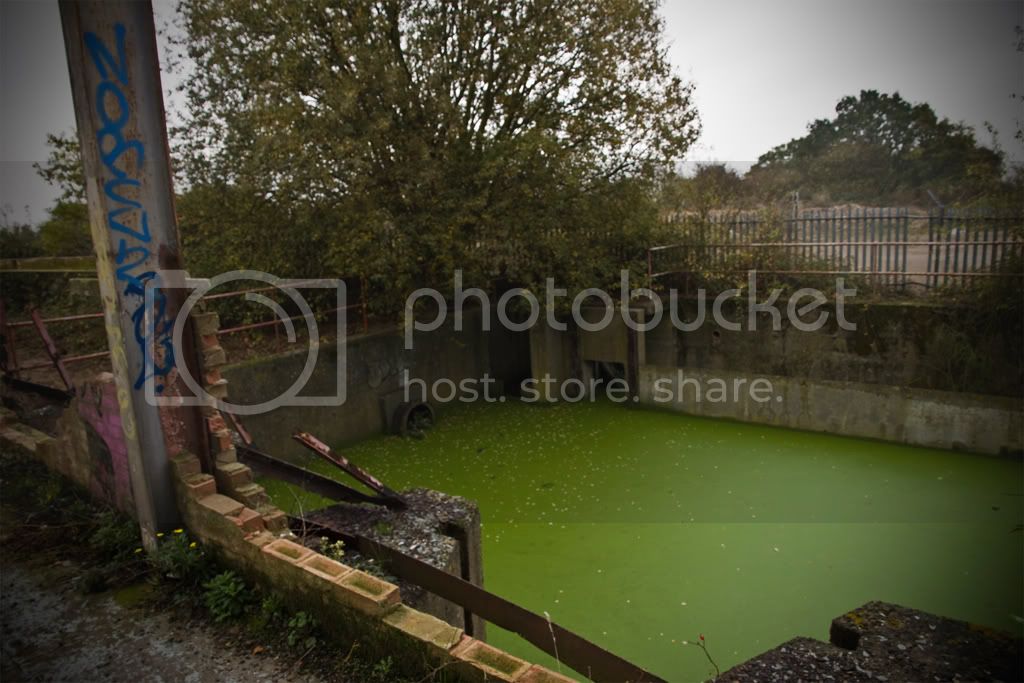 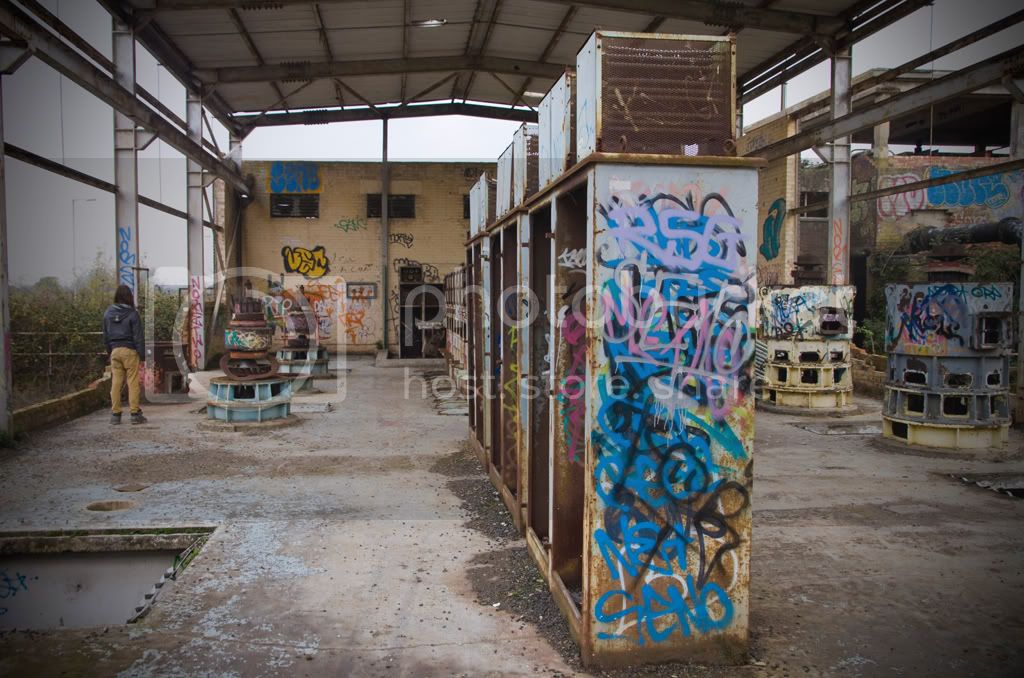 Still on my list of places I'll get round to seeing one day, there's something I like about it even though it's totally destroyed...nice pics

Nice one! Love that circular walkway around that vat type thing!

Yeah same. I didn't even see it until I got on to the roof!!

Hi there Mersonwhoopie, and of course, all those other intrepid exploreres who have managed to explore and picture the Fison site in Stanford-le-Hope.
The buildings that you have all pictured are a collection of water cooling edifices. They are the pumphouse, cooling towers and the round filter.
The main floor of the pumphouse contained the pump motors that one contributor thought were filters. The outer casings of these motors are gone, probably for scrap. The cabinets adjacent to the pump motors contained the controls for starting up the pumps. If i remember correctly, there used to be three pumps in that building or maybe four, it was a long time ago that I was last operating those controls. Starting up went in stages. The water that the pumps pushed around the site cooled down the main plant that sadly doesn't seem to be evident any more. Water pressure was gradually brought up to the working pressure as sudden increases could blow some of the hoses off of the column,(more about that later).
Underneath, on the floor below, are the actual pumps that did the work, complete with the associated pipes and valves. Even in those days there was, sometimes, water on the floor as this part of the buildind was below the water level of the lagoon.
There is one picture of the site showing the cooling tower. Some one is walking between the fans. Water was pumped up and the fans in the top drew air up as the water fell down inside thus losing temperature.
The round filter bed with the walkway round the edge is the beginning of the outfall to the river. Cleaned water was pumped out to the river after being cleaned.
The lagoon contained the cooled water before it went to the pumps for circulation round the plant. I see that the surface is covered with algae now. In it's operating days that water would have been chemically treated as is usual in all water treatment plants.
This part of the whole site was just concerned with water treatment and was particularly important for temperature control of the main plant and the chemical reactions that took place there. Main plant start up used to happen at any time of the day but it always seemed to be dark when the pumhouse had to be started and believe me going down those concrete stairs at midnight to check dials and read guages was really eerie.
I have a couple of pictures, how do I get them on here?

Thanks a lot for that mate, great read. You'll need to upload to a host (flickr, photobucket etc)

That thread will reveal all

Thanks again for the detailed history

Trashed to f**k but for some odd reason I think I'd like to visit !!
Great write up and some nice shots to boot.

Well I tried to follow the instructions to upload a picture, but only time will tell. Lets presume that the picture got to Derelict Places.

This picture was taken some time ago after the site was closed down. All that can be seen here is the chimney, water tower, main plant, boilerhouse and main stores/Lab/Engineering workshop. What is missing from this picture is the mass of overhead pipetracks, three, thirty foot high stainless steel tanks, numerous heat exchangers, the sixty foot high absorbtion column, a massive silver coloured sphere, an ammonia pumphouse and much, much more. So you can see that the water treatment area where all of you intrepid explorers go is just a very tiny part of the whole site.

When it was operating, this east end of the Main Plant could not be seen from this aspect as it was completely obscured by stainless steel vessels and gantries holding steam drums and heat exchangers. I would presume that the first thing that any demolisher would do is to dismantle the most valuable parts, ergo, the stainless steel bits and pieces.

Looks like I need more instruction on pictures LOL

The chimney has been ripped down then.. Looking at where the workmen are I'm guessing the water tower is next. Thanks for the pics

Did you see any dead rabbits there on your visit? I saw a pair (that looked quite fresh) dumped on top of one of those generators back in October I think. Scared the crap out of me! Probably because I knew an animal wouldn't have been able to put them up there

Don't think that chimney's been there for a couple of years now.