Following a failed attempt at a well-known orphanage (caught outside the fence by security within about 10 minutes of arriving), a chance discovery led us to a totally unexpected but relaxed and rather beautiful explore.

I was with Sonic67 (who is a member of DP, but still hasn't managed to post on here as yet!), and funnily enough when we parked up near the aforementioned orphanage I'd commented how good it would be to find an explore right next to where you park. Anyway, amazingly that's pretty much what happened! Completely hidden behind hedges and trees was a totally derelict, old cottage, and then another just along from it. Behind one we discovered large, walled grounds, containing the decaying remains of old wooden glasshouses and sheds etc.

The cottages and gardens were part of the 334-acre estate of Botley's Park, subsequently purchased by Surrey County Council in 1931 for the care, treatment and remedial training of backward children and adults. Botley's Park Colony for Mental Defectives was founded in 1932, with patients and staff housed in the 18th century mansion within the grounds.

The gardens etc. later became the St. Peter's Hospital gardens' department and were used until the mid-80s, when they were abandoned to the ravages of nature. I presume the cottages (I think there are actually three in total - we saw another one when leaving, but didn't have time to investigate) belonged to the estate too, and maybe housed employees or gardeners.

All in all a good day, apart from finding a parking ticket on our return to the car. We hadn't realised it was a Pay & Display car park - never even saw any signs. 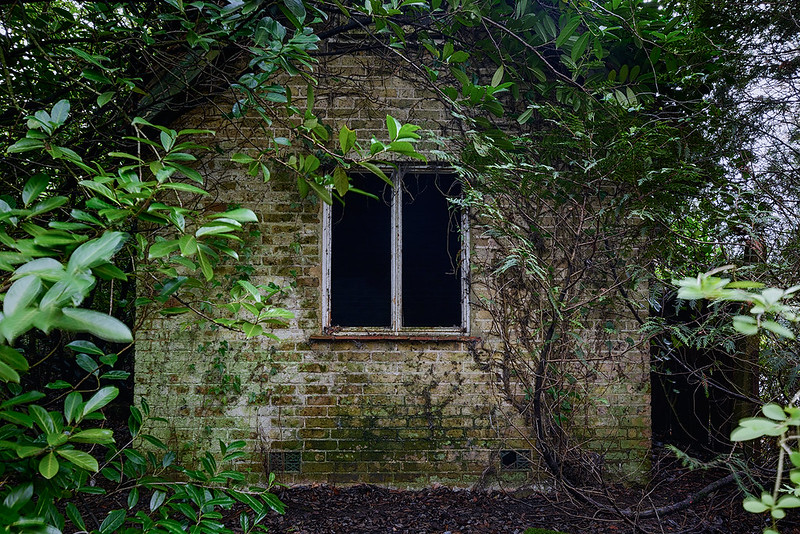 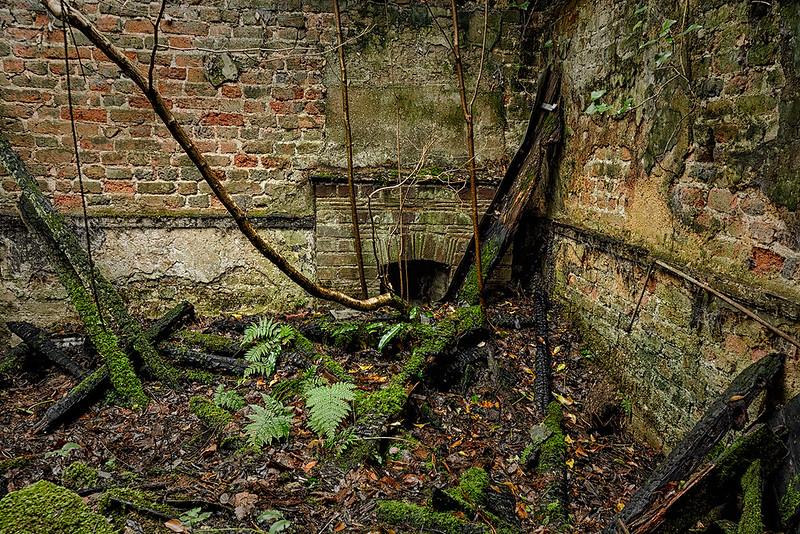 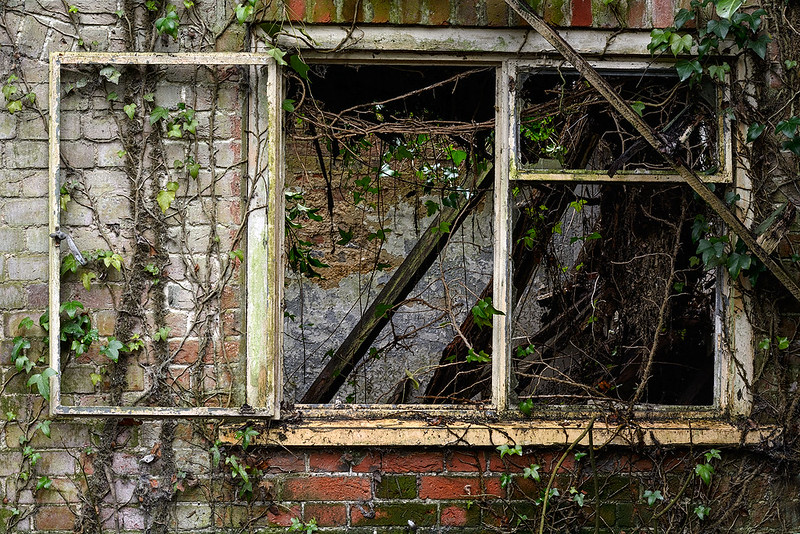 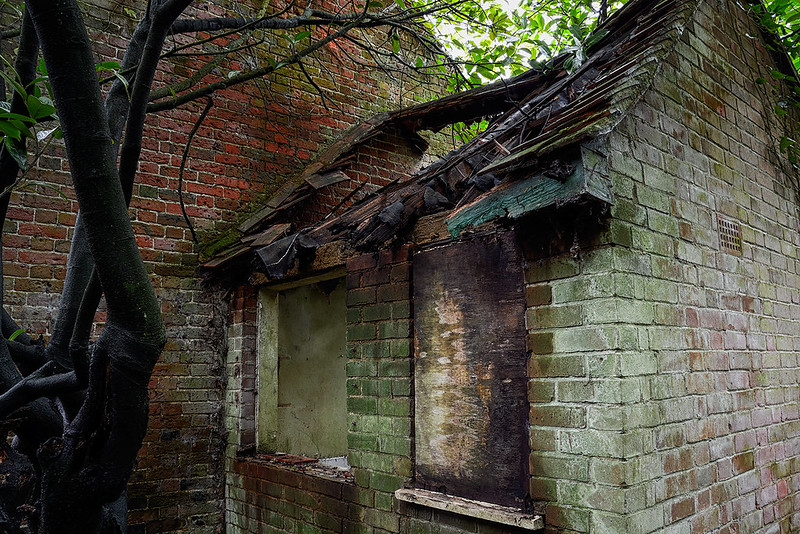 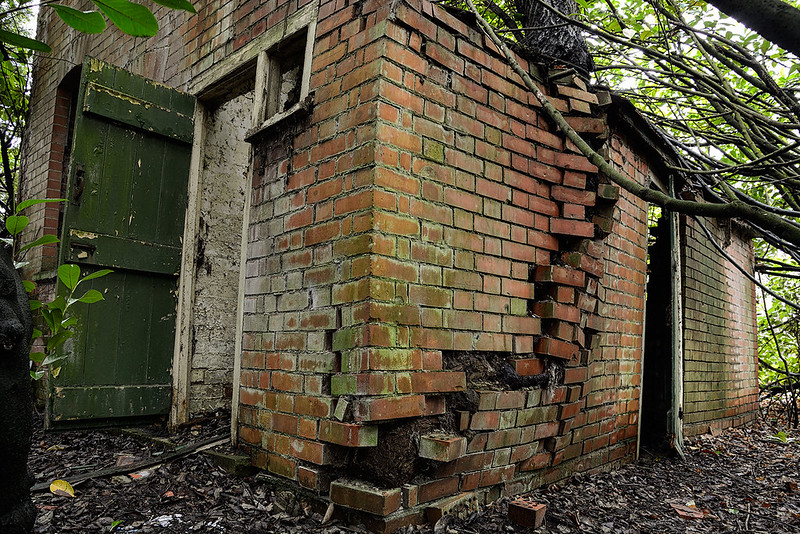 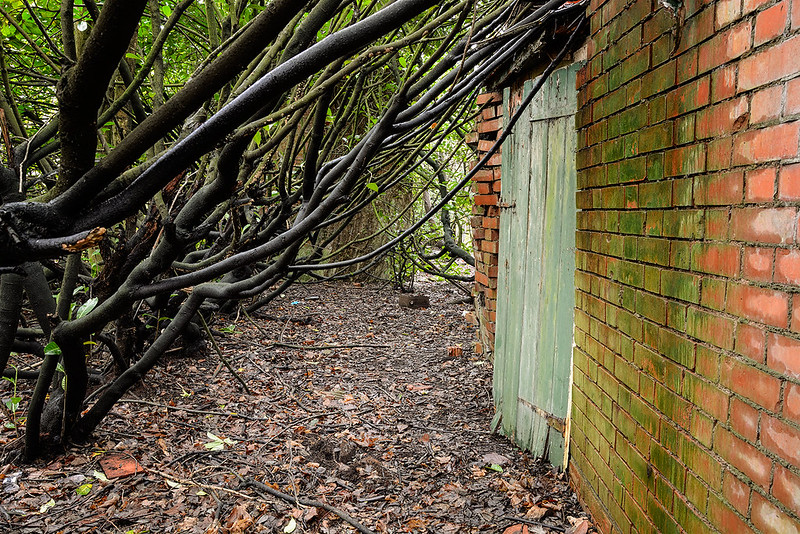 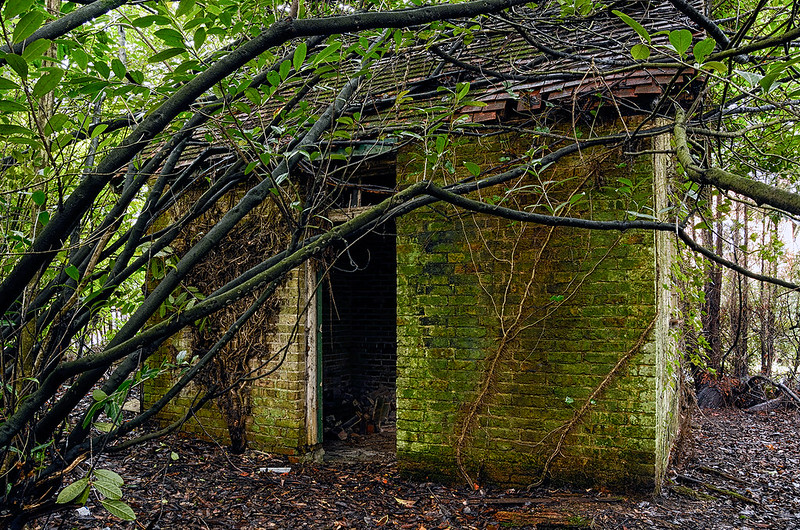 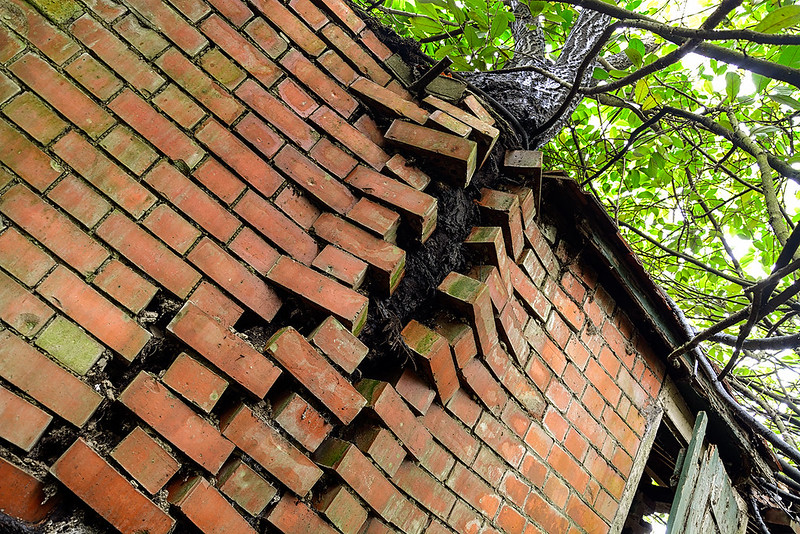 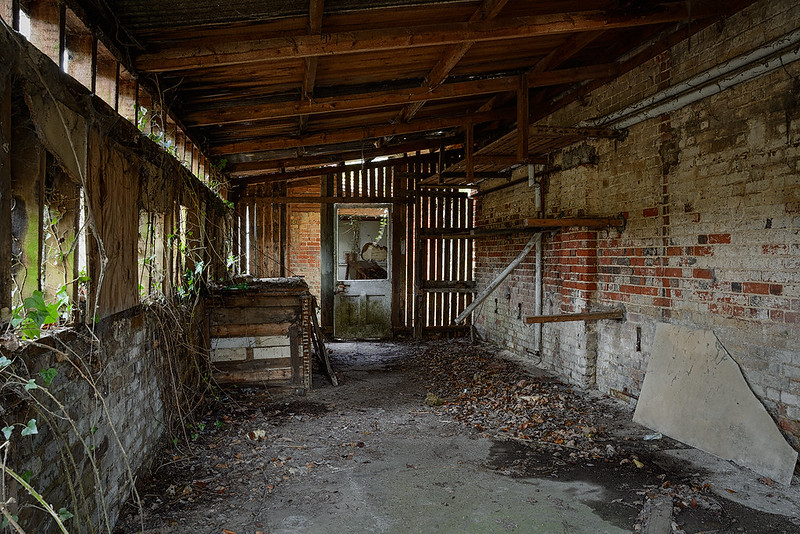 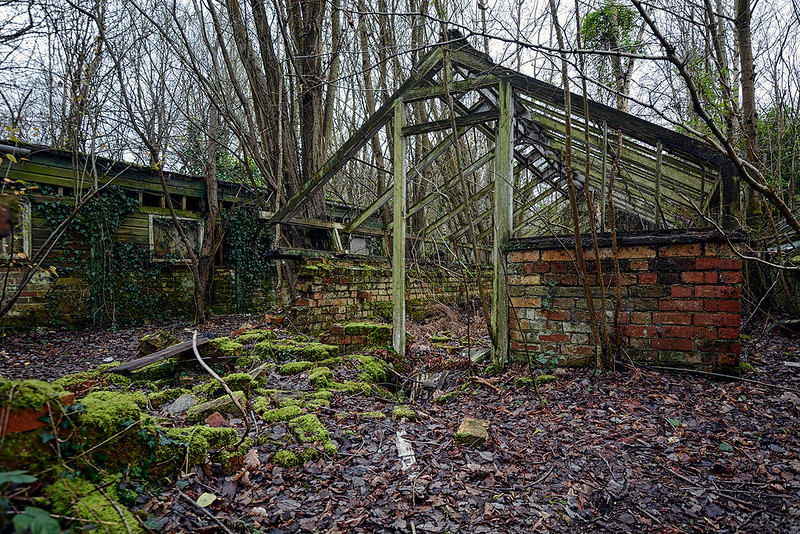 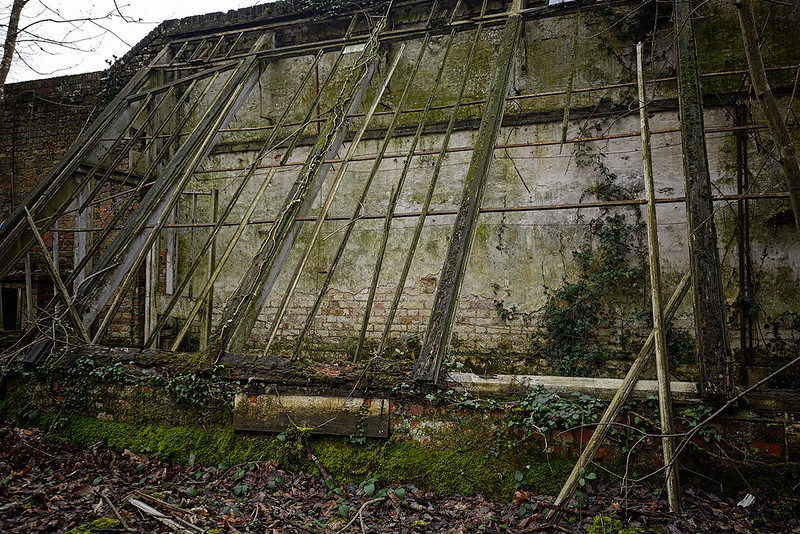 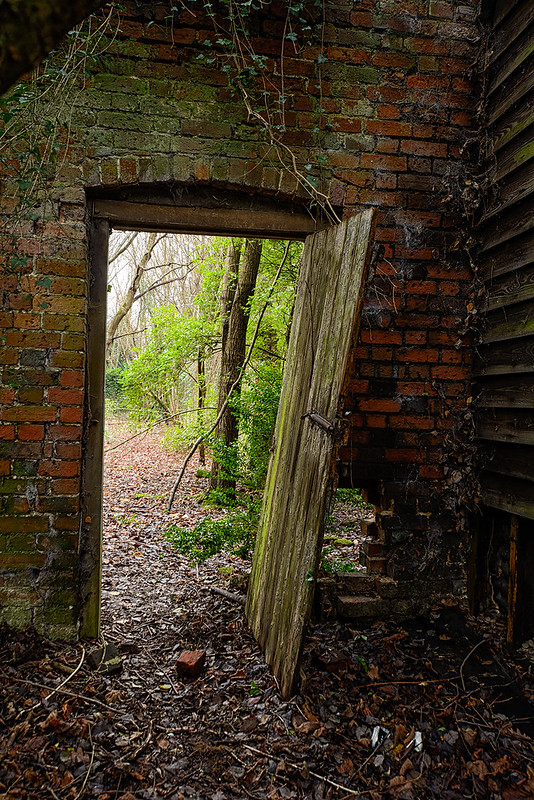 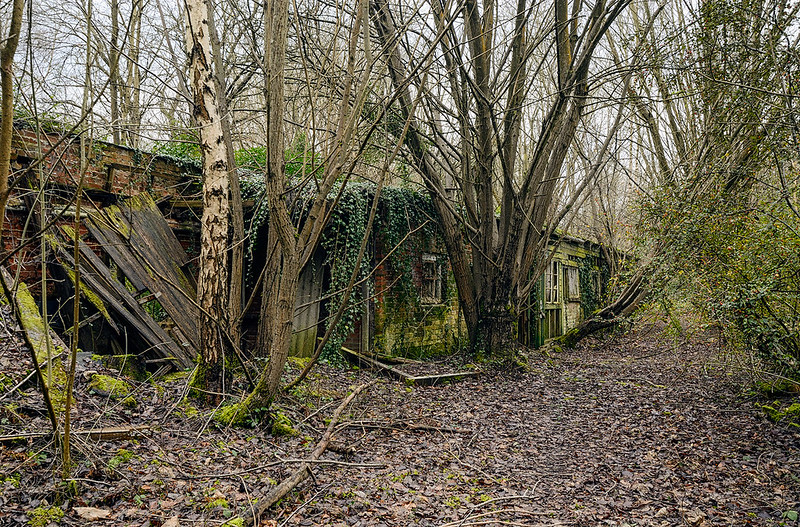 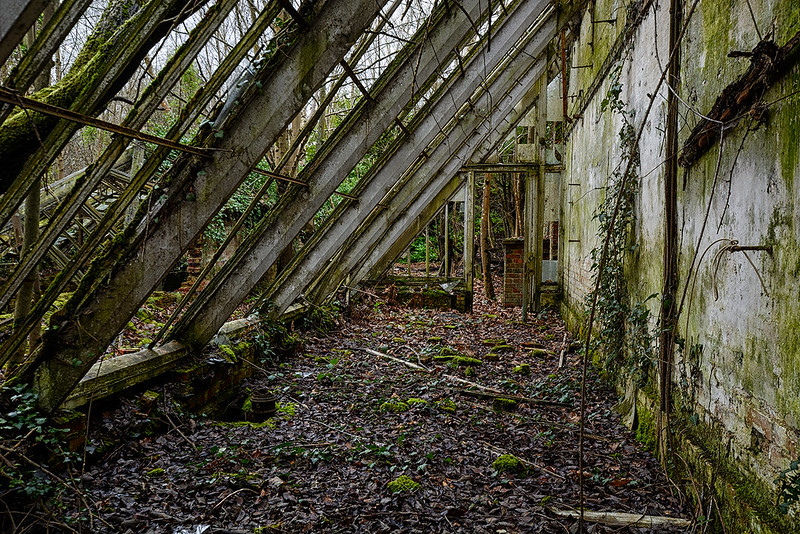 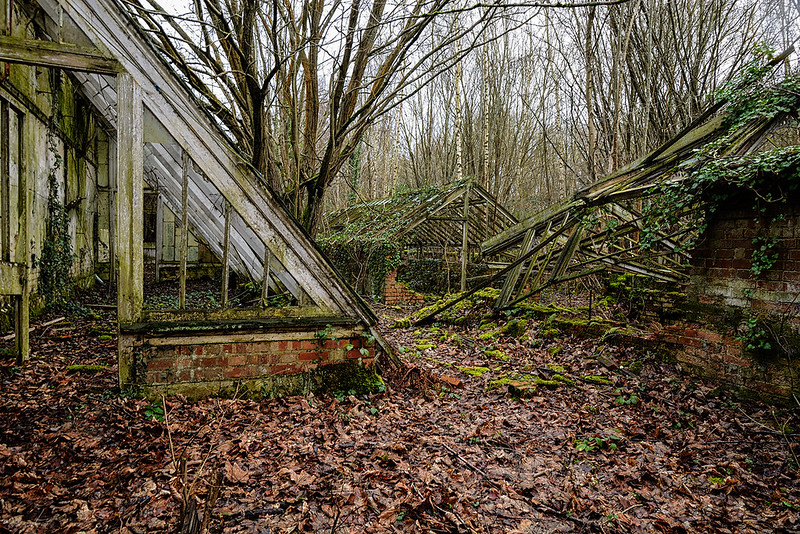 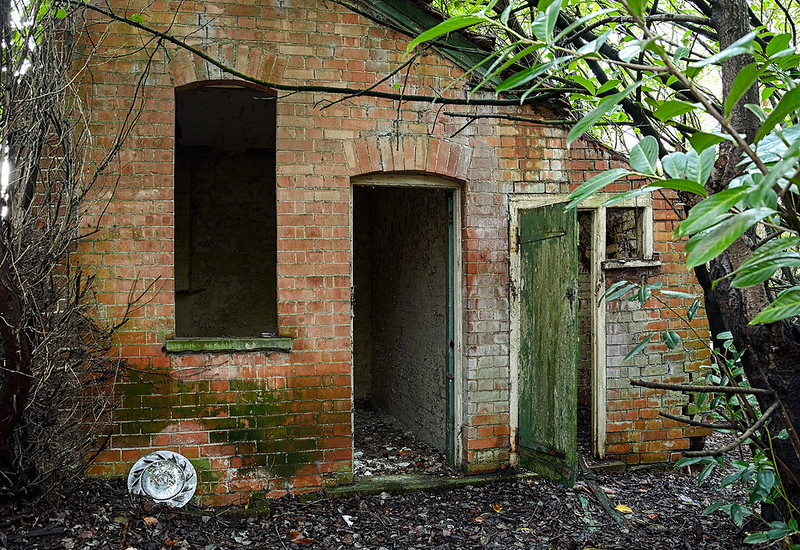 Great find and fab set of pics there..

Great photos - loved how the tree was pushing the bricks out - almost like diagon alley from harry potter.

There was me thinking this was one of the many I had my eye on, nice find.

Looks like nature is winning this one. Well photographed and informative.
F

Great write up and shots.

Thanks for the kind comments everyone. Much appreciated.

Excellent find and photos. Love the bricks 'exploding' out in slow motion
T