Grangewood Is Former Residential care home located at the end of Kelvedon high street just outside Colchester Essex. The site consists of two, grade 2 listed residential houses at the front of the site facing the high street, known as the Grange and Rose Cottage. They were built in the mid-17th century and altered slightly in the 19th.
The Larger Residential site behind these cottages was developed in the 1960’s but first registered as a care home in the mid to late 70’s. It housed 19, and could cater for the physical disabled, and those with learning disabilities. From what I can find it closed around 2006-2008 period. It went up for sale in 2009, the very large garden area to the rear and clear land to the left makes this site ideal for housing. The site has now been sold and demolition is the next stage.

Although not the most exciting thing about I thought it should get a write up as I cannot find any reference to it elsewhere and it most probably won’t be there much longer. After having a little look around one evening after spotting the site whilst out, we decided to come back when time and light where more on our side. It has the odd bit of graffiti but for its location its done well. Nothing ground breaking inside has been left, the longish corridors made for something to photograph and some rouge ivy making its self-known in areas also made for some camera play. A relaxed mooch, well until the end…. Which I will explain. On to the photos. 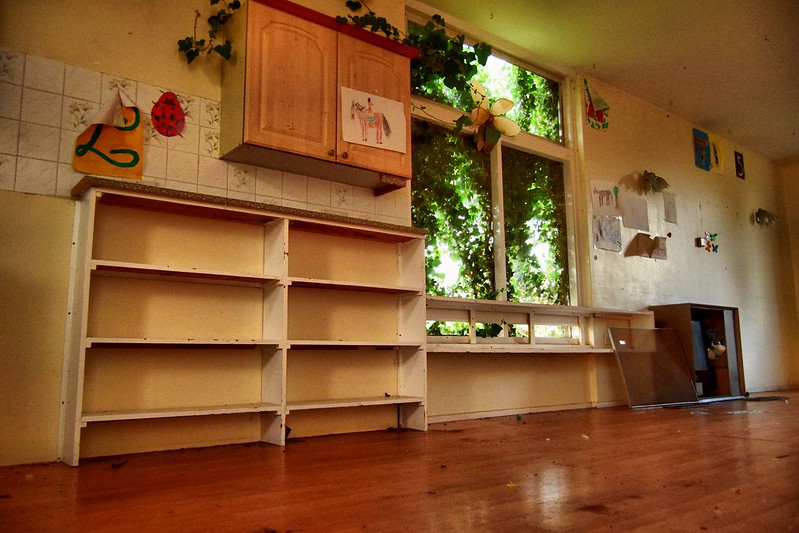 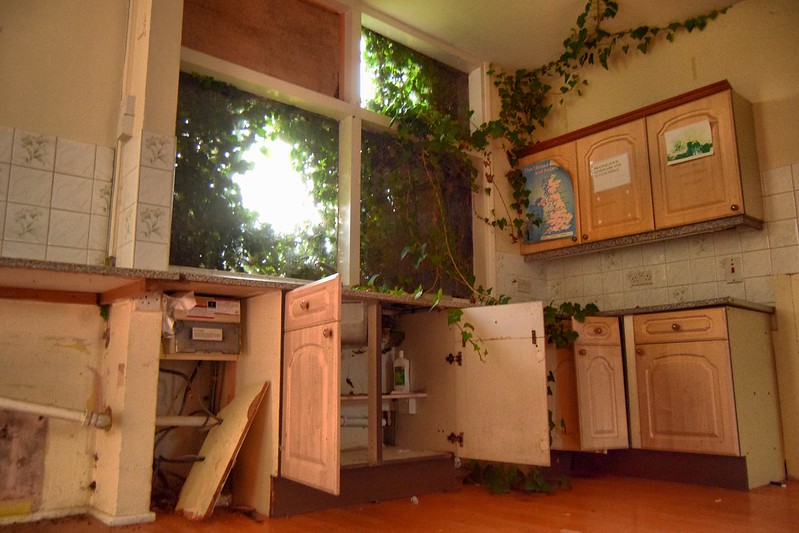 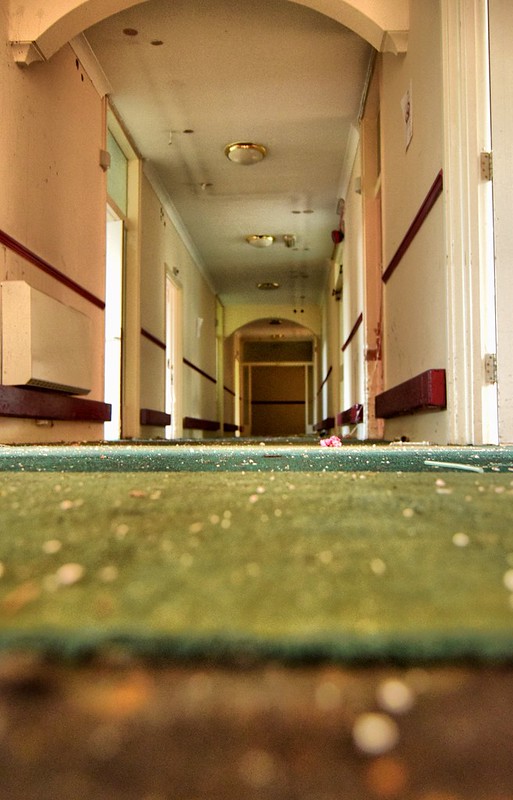 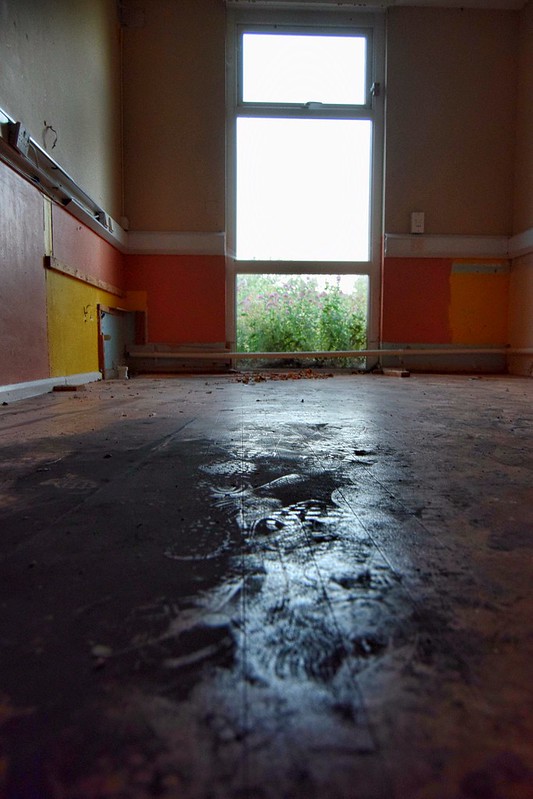 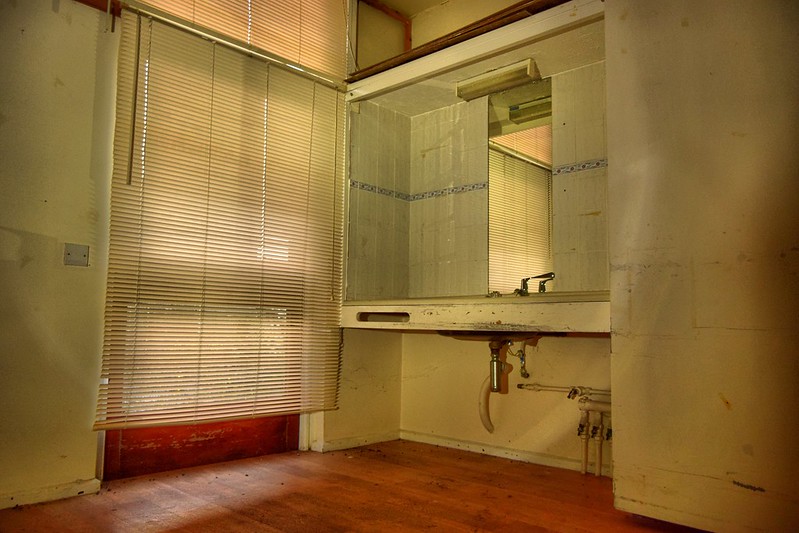 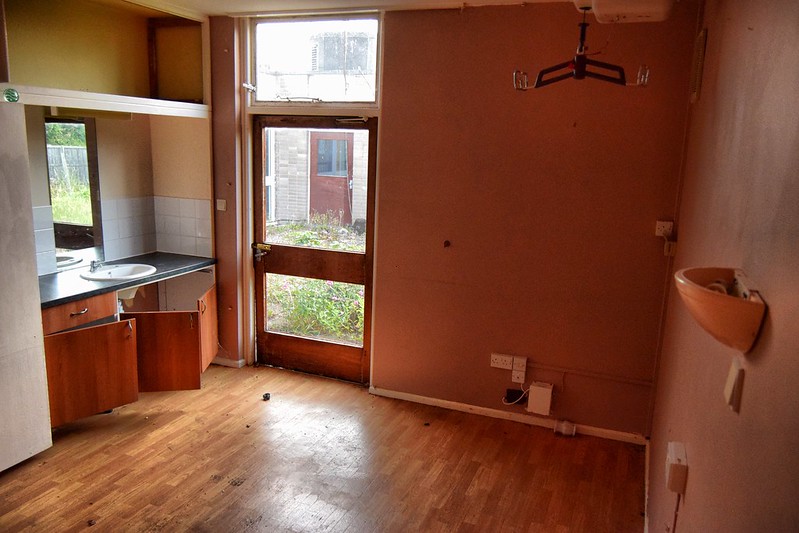 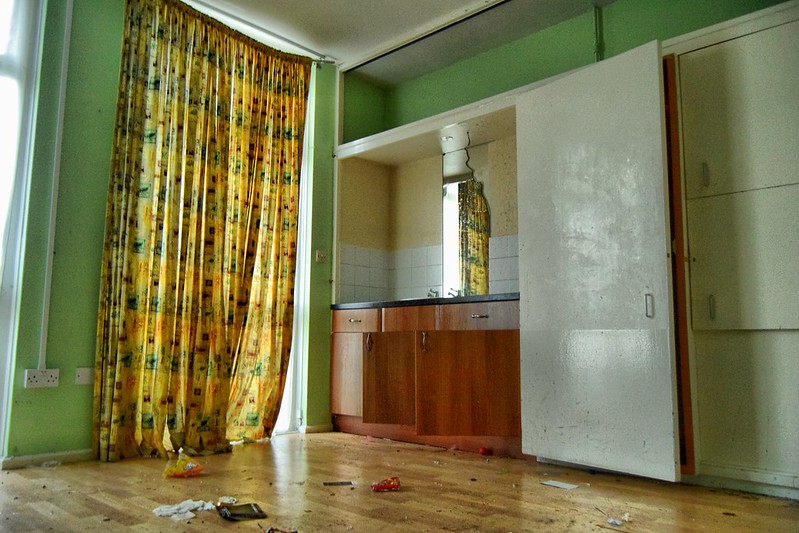 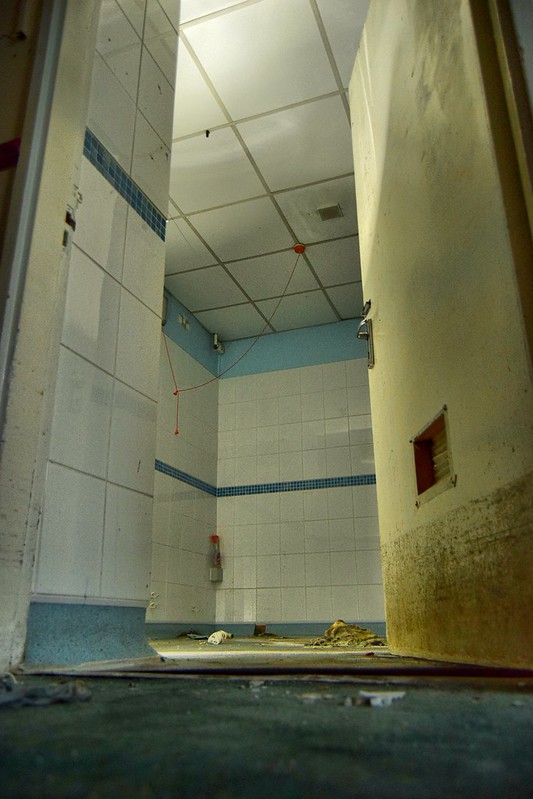 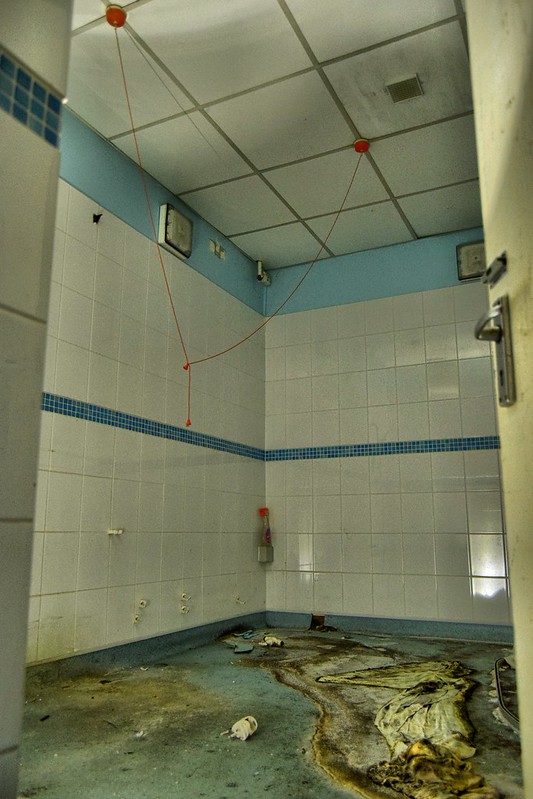 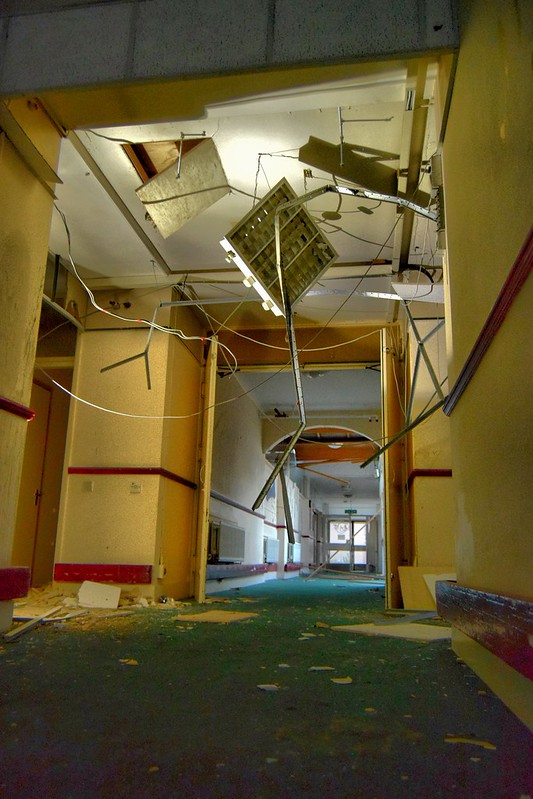 this was the last photo i took, just as i had retrieved my torch i looked up to see a guy looking through the front door of which was 15 meters away. i moved out of site thinking he probably had not seen me. Probably just someone being nosey just like we are. After a chat with my friend we walked back out to find him still there. At this point he basically exploded, banging on the door shouting and swearing. He certainly didnt look like a security guard/officer. To be honest it had us a little off guard as we had not really expected to be disturbed. He started to try and psychically break the door in so we decided on an exit

all be it slightly confused.

Once outside we could hear him running around. Knowing the only way out was via the front of the site, we laid low in the grass for a minute or so and then decided to make an alternative route

My Apologies to whoever's garden it was we used as an exit point, all good fun

Yeah, meeting the local nutter is part of the experience,. I enjoyed your pics, Thanks

Nice photos but there's always someone to spoil your day.

Love the ivy thru the window pic and the low angle shots...that stained wet sheet on the floor looked a bit sinister at first glance!

Essex is full of nutters you shud know that...if you had gone about 2 miles further down the road thats where they store them, braintree

Just a heads up, this place has been demolished now Great pictures btw!
M

lawrence89 said:
Just a heads up, this place has been demolished now Great pictures btw!
Click to expand...

Thanks Lawrence, much appreciated Think they started a few weeks after this report i believe, land had been sold for a while.
You must log in or register to reply here.