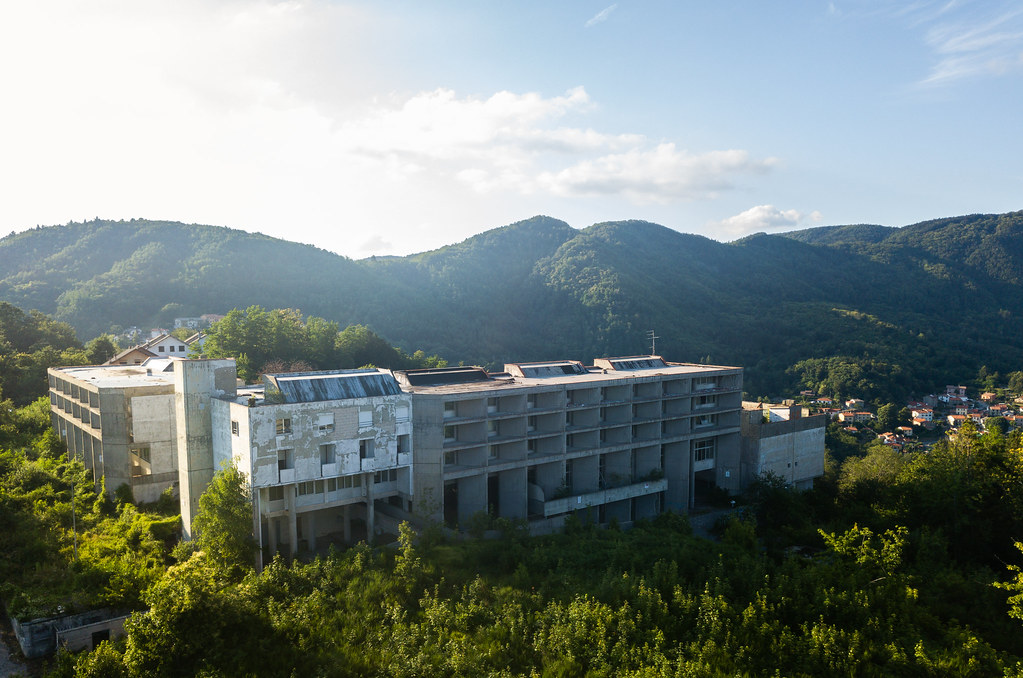 Widely observable in the rolling hills of Tuscany we discovered two of the ugliest concrete blocks we have ever explored. But never judge a book by its cover! This old ruin is actually filled with left behind furniture and natural decay. It’s this combination that made us fall in love with urban exploration in the first place! 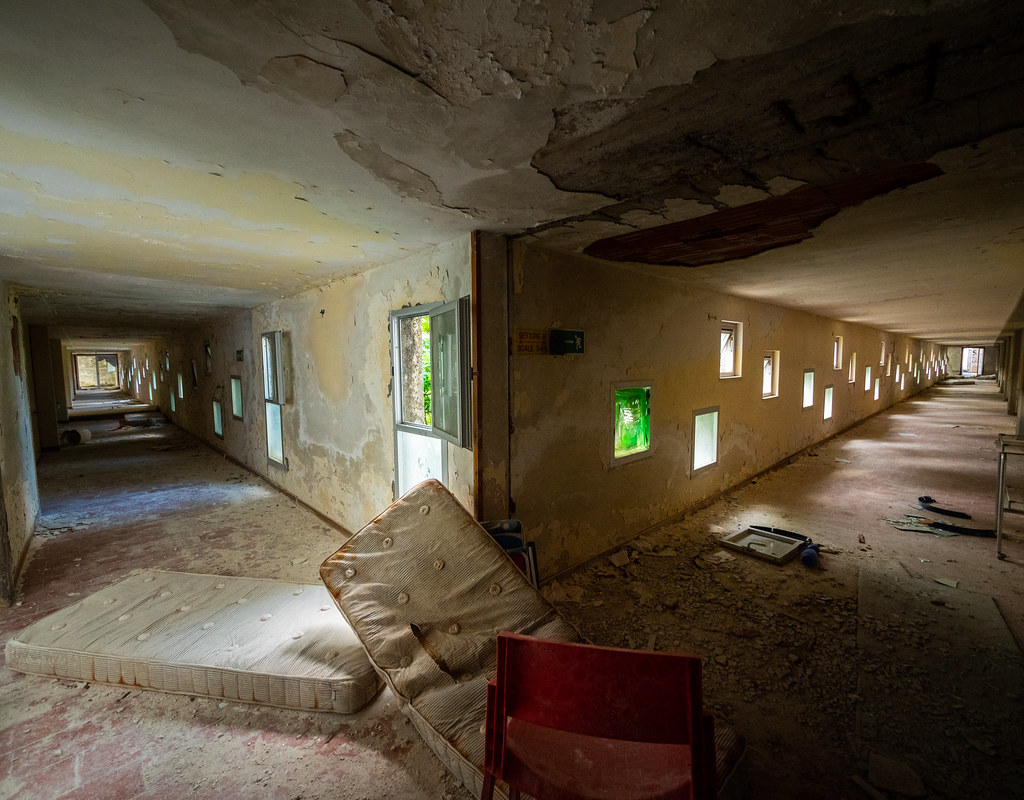 This facility used to be a massive vacation resort for kids. On the huge compound with a total area of 13.000 square meters up to 230 children could be accommodated at the same time. But only in summer. The remaining year the holiday camp was closed. 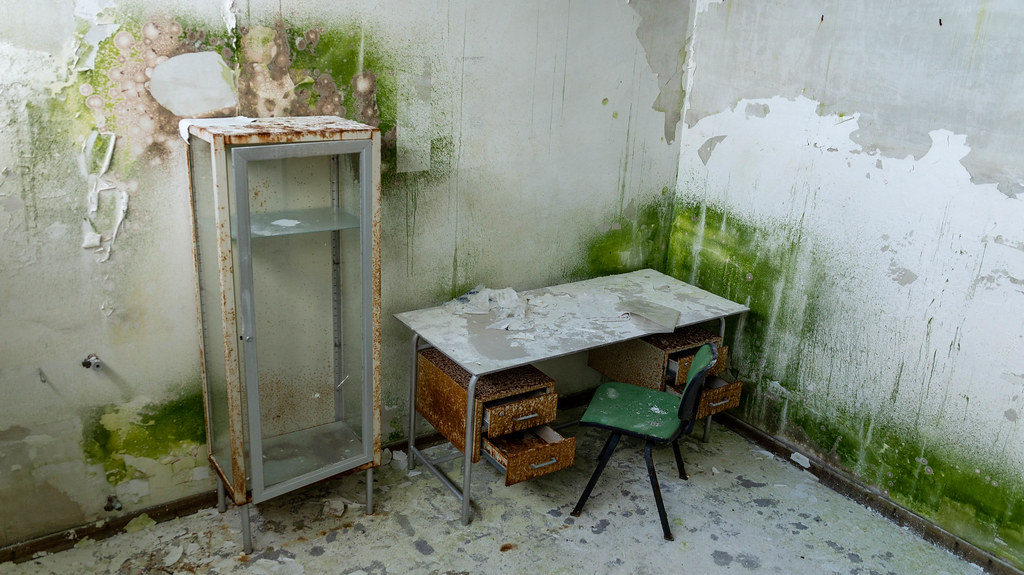 The facility belonged to the social insurance institution of the Italian mailing company. They built this building complex for one and a half billion Italian lira. As a result, postal employees and their children should be ensured a relaxed break during the summer months. This was quite generous if you consider that construction would cost the equivalent of 13 million Euro today. 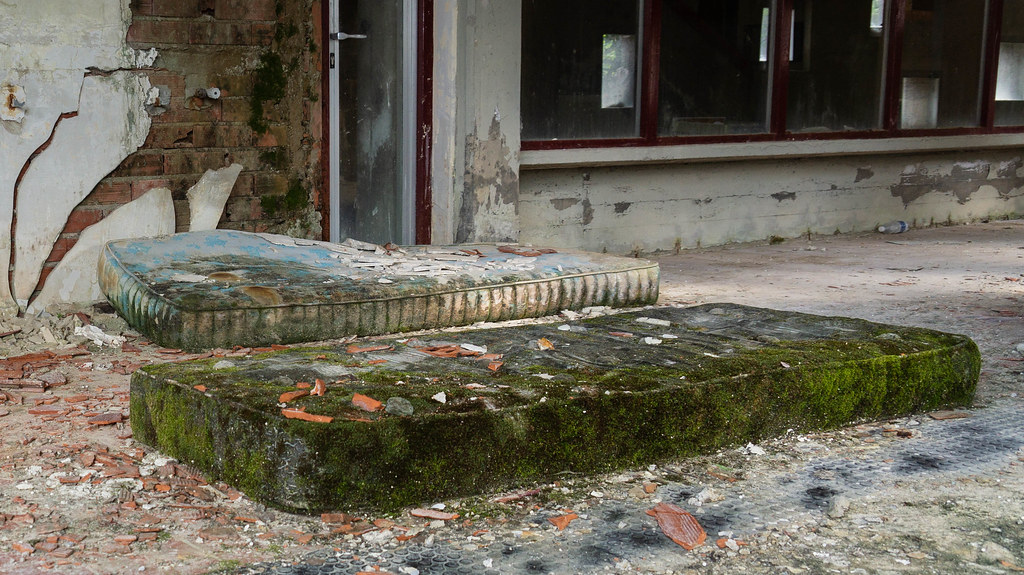 Between the years 1970 and 1974 the summer camp was built. In 1975, the first families were guests here. While the children were housed in the big main building, the parents were living in the hotel next door (the next picture shows the hotel). These structures are quite uncommon for this region. Because they were designed for a coastal site. However, now they’re located in a holiday resort far away from the sea. The reason for that is a mystery to us. 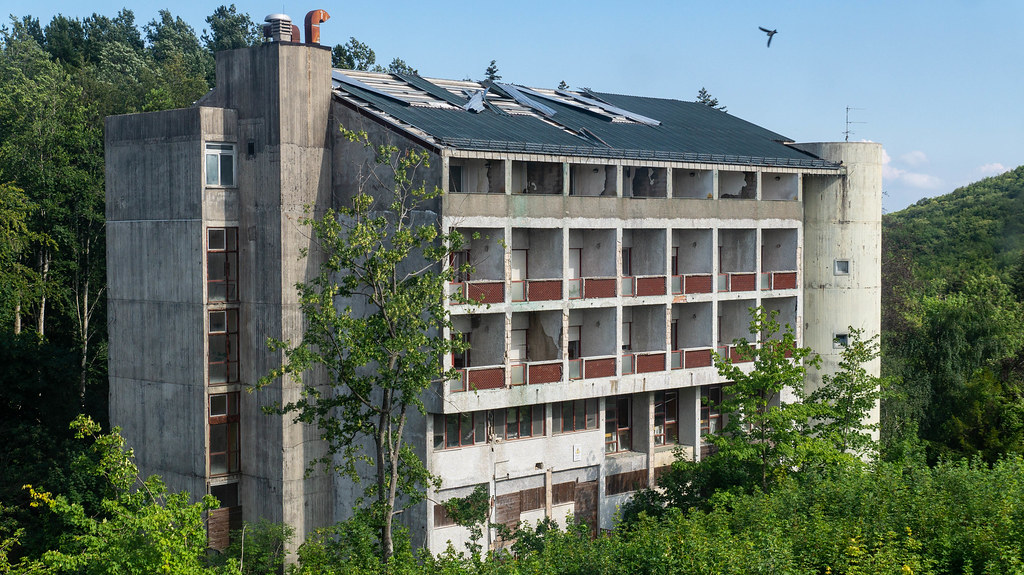 An extensive hospital ward was also part of the summer camp. Here nearly everything was left behind untouched. And the progressing decay is simply astonishing. Paint is peeling, rust is showing and nature is conquering new habitat. 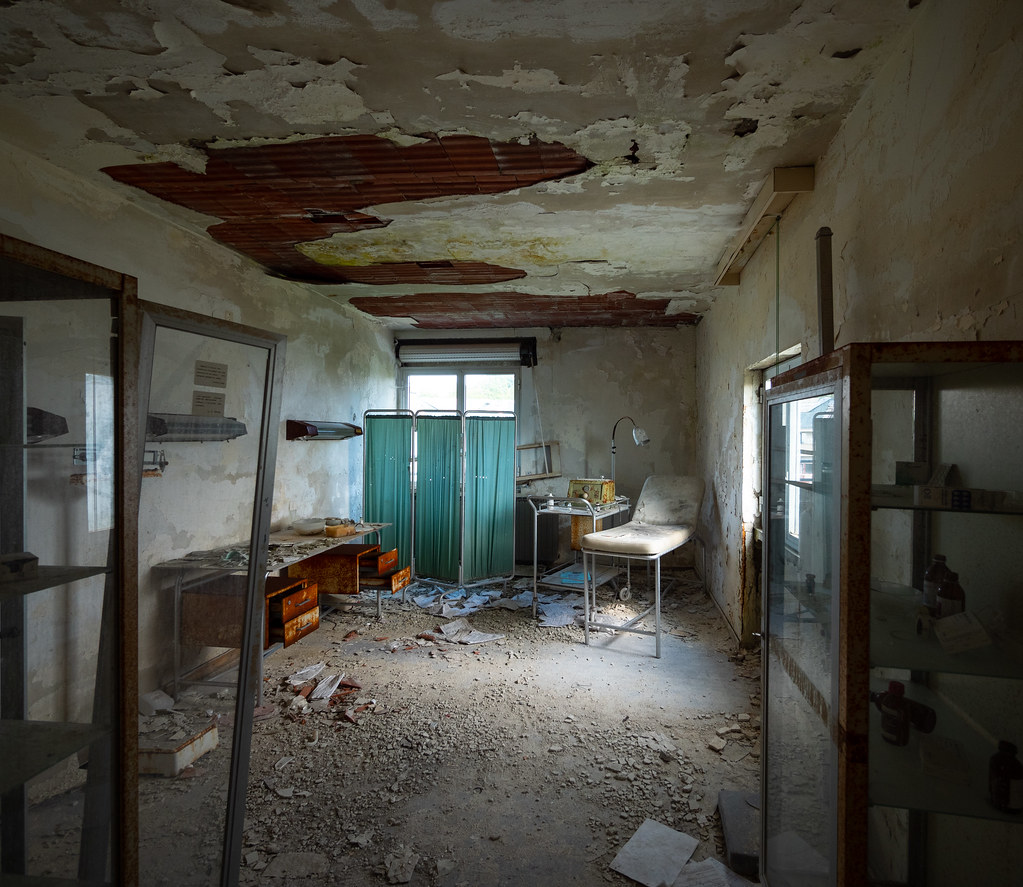 In the urbex community we call this abandoned site "Green Hospital". And guys, sometimes we really don't get those urbex code names. Because this place is neither really green, nor is it an actual hospital. The location only got this name because of this building part. Seriously, please come up with more creative names in the future. 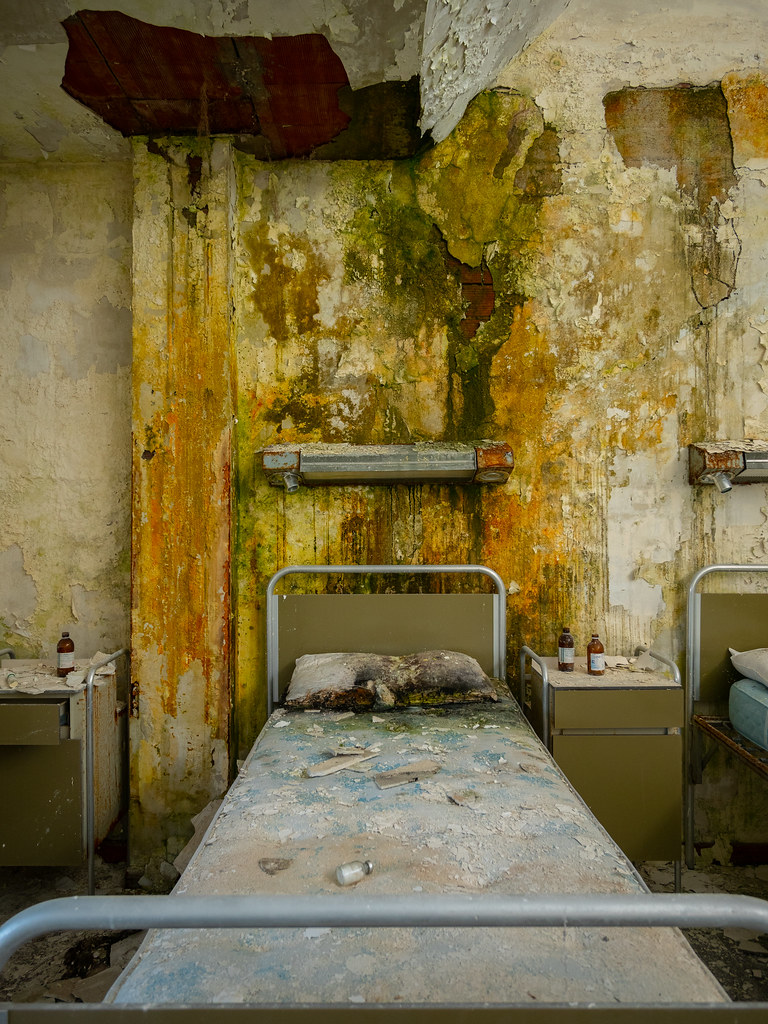 The summer camp had a huge influence on the region’s economy. For the three hot months in the year when the facility was operated, around 60 new seasonal workers needed to be found every year. After the season they were dismissed and the job market was overcrowded. And so it went on and on for around 20 years. Until the vacation camp remained closed one summer. 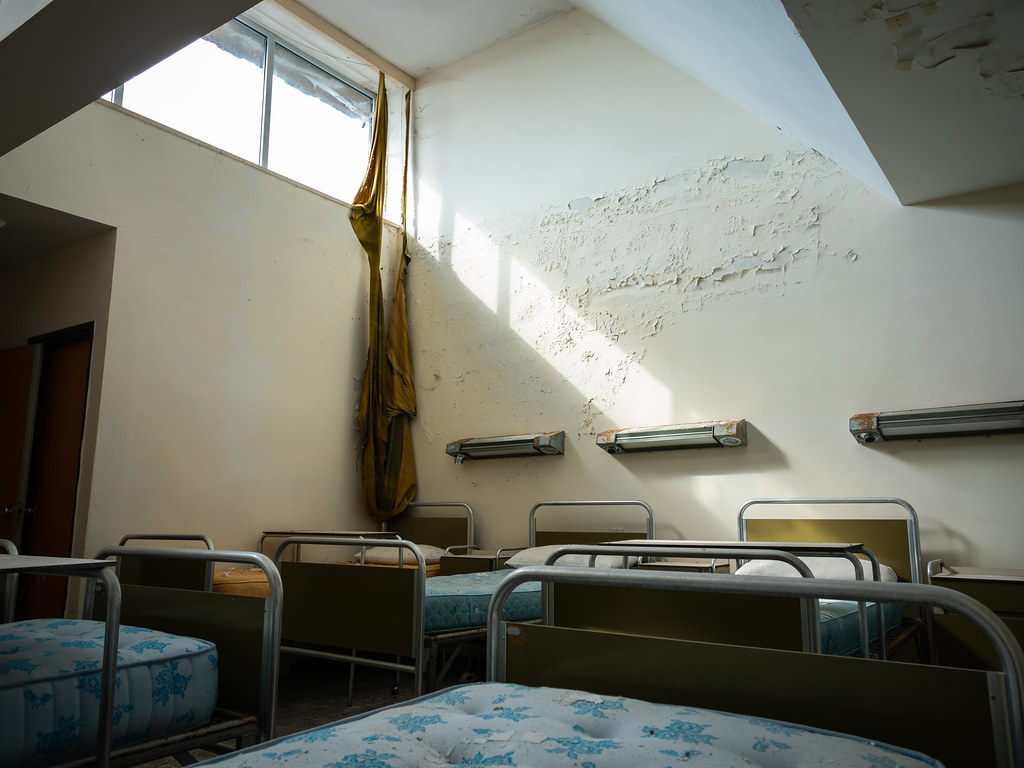 Over the course of time the condition of the steel monstrosities got worse and worse. On top of this, it turned out that the facility was already outdated and couldn't meet the needs of the postal employees. Furthermore there was also a terrible accident here in 1997. While playing a little girl fell of a wall and passed out. Despite the big hospital ward nobody was able to help and she needed to be transported to the nearest clinic by a rescue helicopter. This was the final straw and so this facility was closed permanently in the very same year. For over 20 years now the compound is already rotting away. 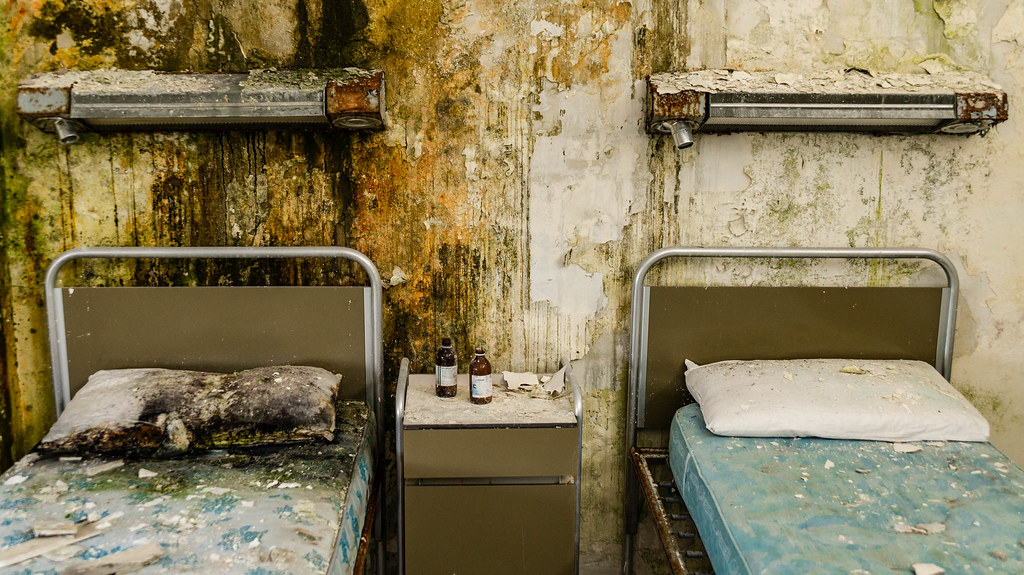 Take Your Medicine by Broken Window Theory, on Flickr

So, what happens now with the derelict sleep-away camp? Unhappily, the property situation isn't clear at the moment. The social insurance institution of the Italian mailing company, which has been running the place for 20 years, was abolished for good in 2010. Today there are many ideas how to proceed with the site. But bureaucracy is crippling every attempt of renewal. So, all that remains are those silent snap-shots of a once vivid place. 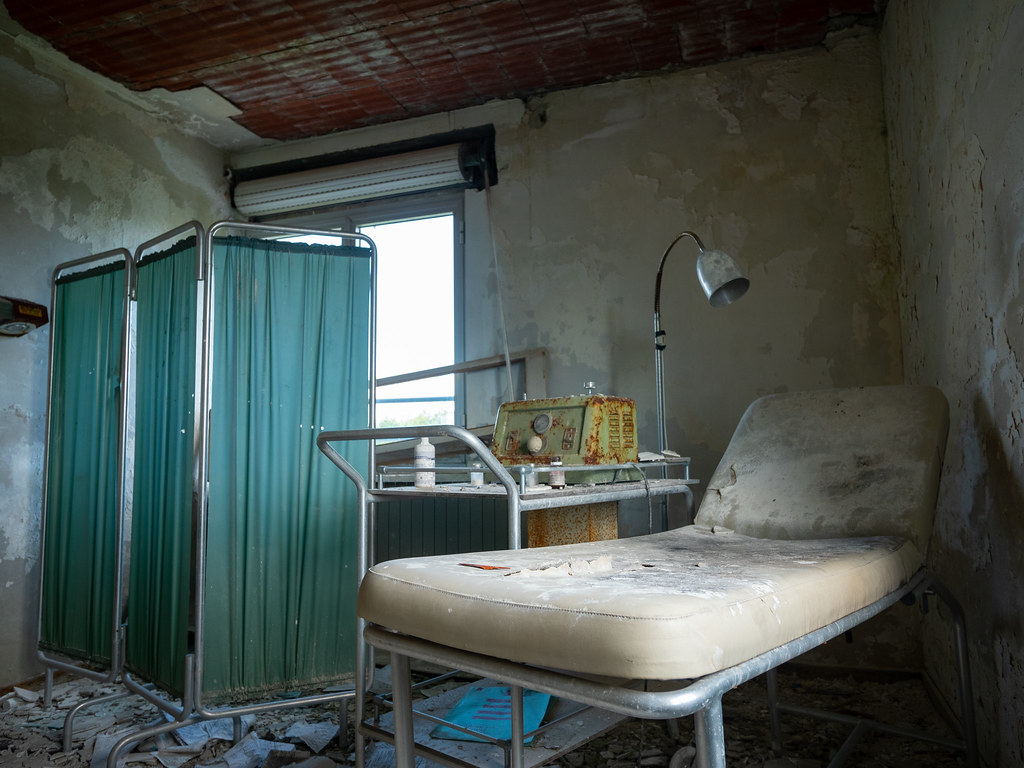 Check out our adventure report on YouTube if you want to see more of Green Hospital: