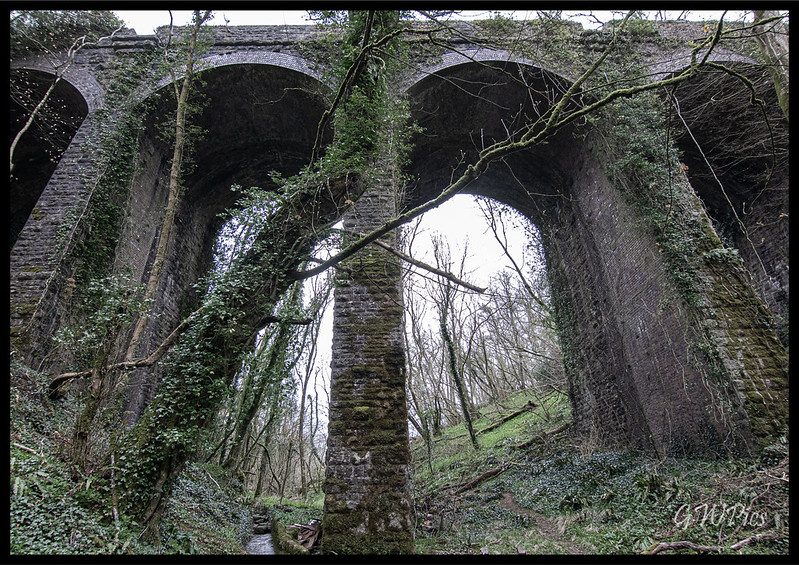 Cant see that this has been covered before which I cant believe, though it is a bit "public" for most of you its a simply stunning location!
Another one I dropped in on our recent visit to some amazing caves, didnt expect much here but it far surpassed our expectations.

First the tunnels. Im struggling to find much info on these there was a pair of short tunnels that were part of the Bristol & district railway.
Though short they were some of my favourite railway tunnels to date. 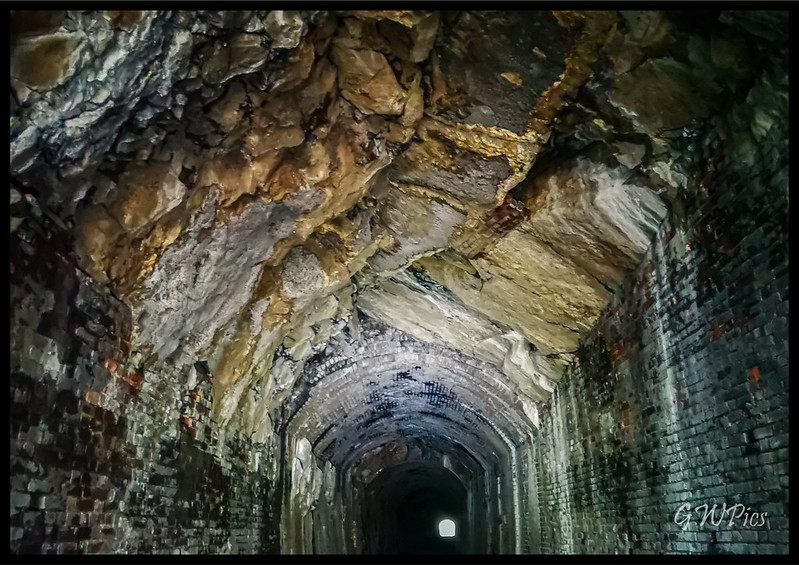 This tunnel is an amazing mix of brick , stone & cut through natural rock. This was particularly interesting how they had bricked up a natural fault in the rock to prevent fall 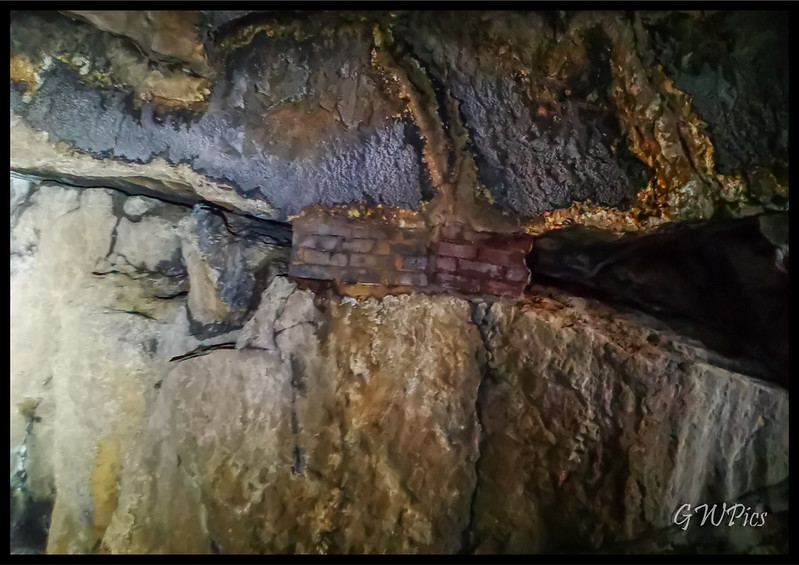 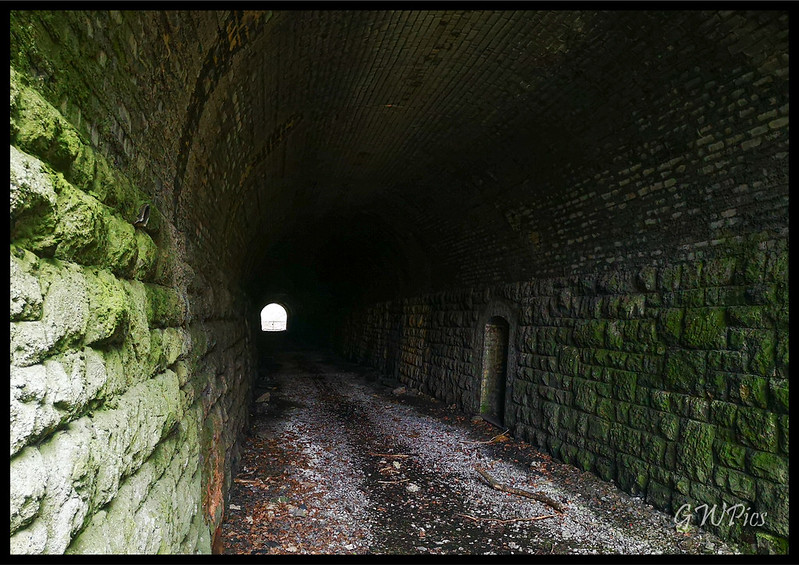 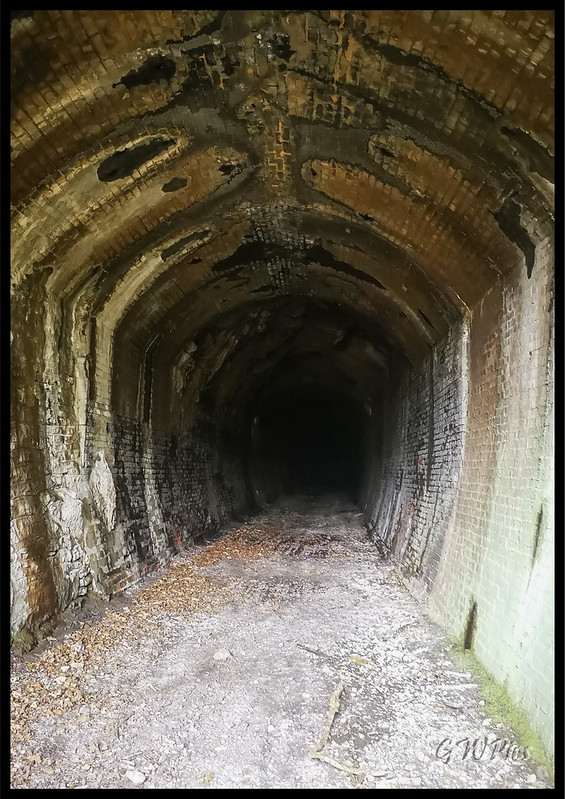 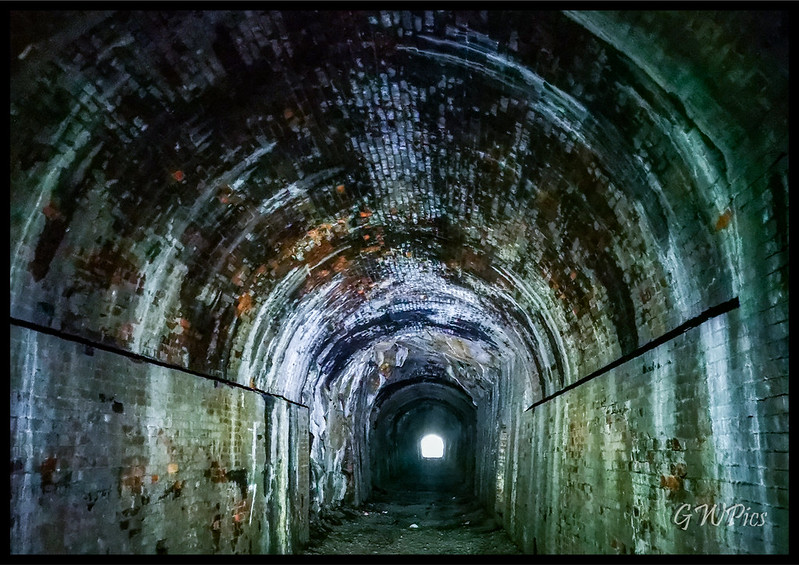 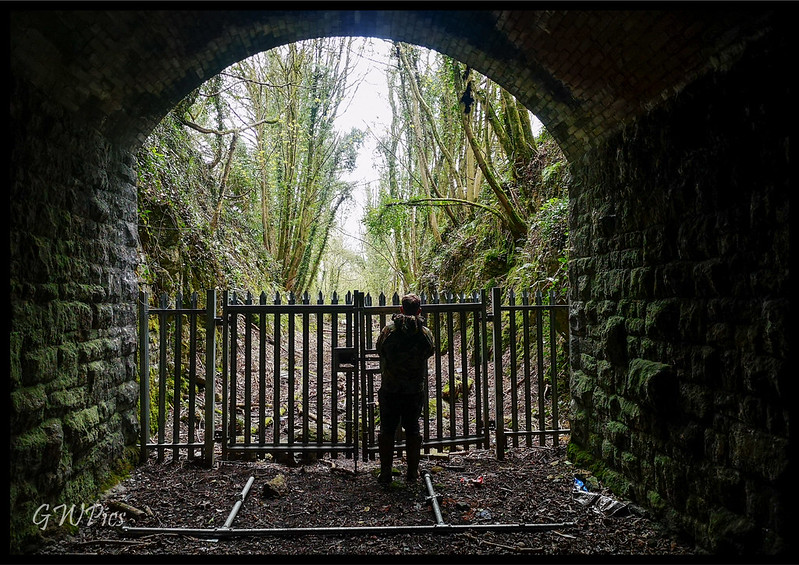 The cutting ion infa for something different 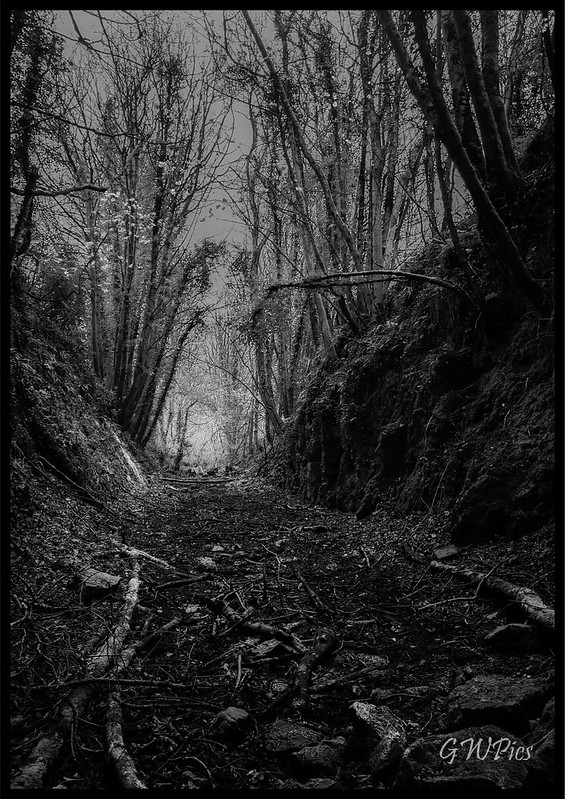 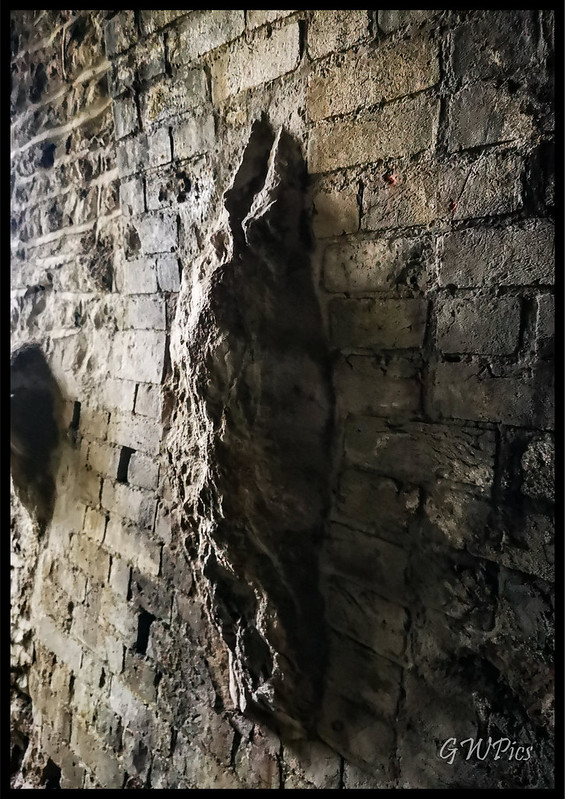 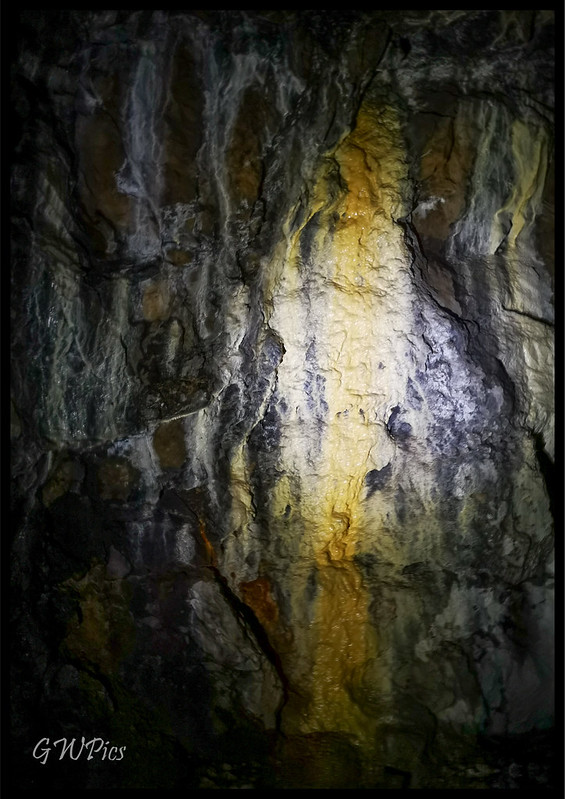 Walkiing back along the line its difficult to even tell when you are actually on the viaduct with the tree build up either side. 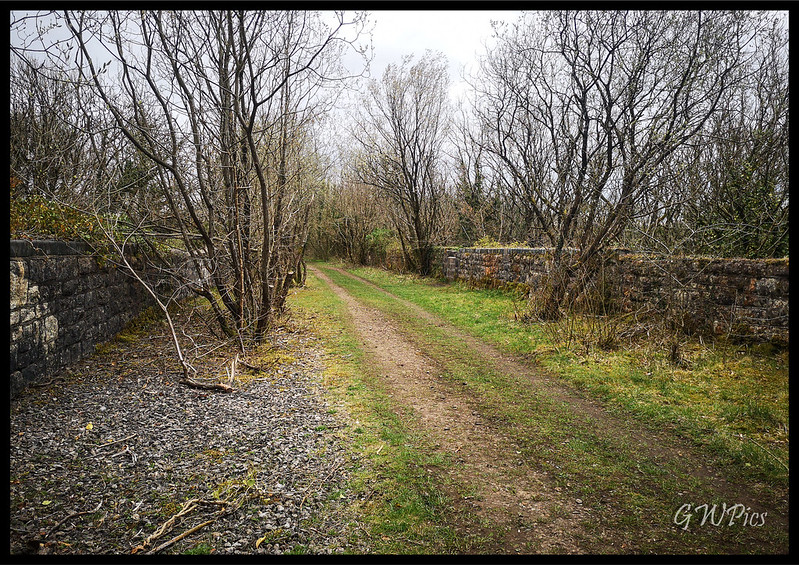 Ham green viaduct was originally one of 6 timber viaducts built to Brunels design. This viaduct spanned the Windsor Hill Valley at 65ft The line was opened in 1859 but in 1899 a project began to replace all the viaducts with stone peirs & brick rings. The viaduct has 7 arches to a span of 20 chains

From the top its difficult to get any idea of the height of this structure. 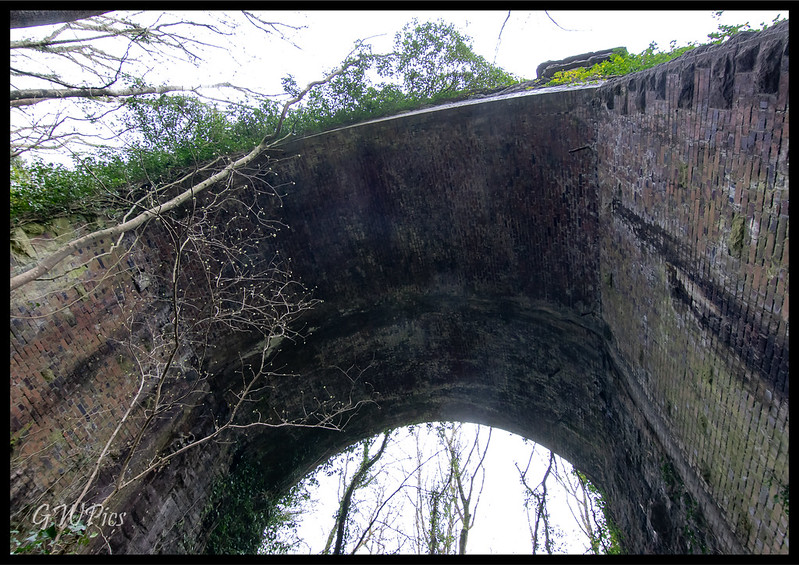 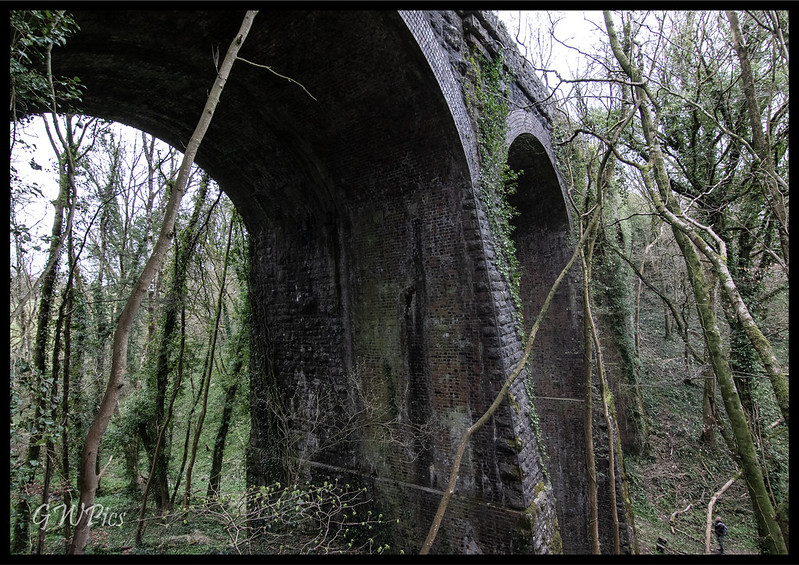 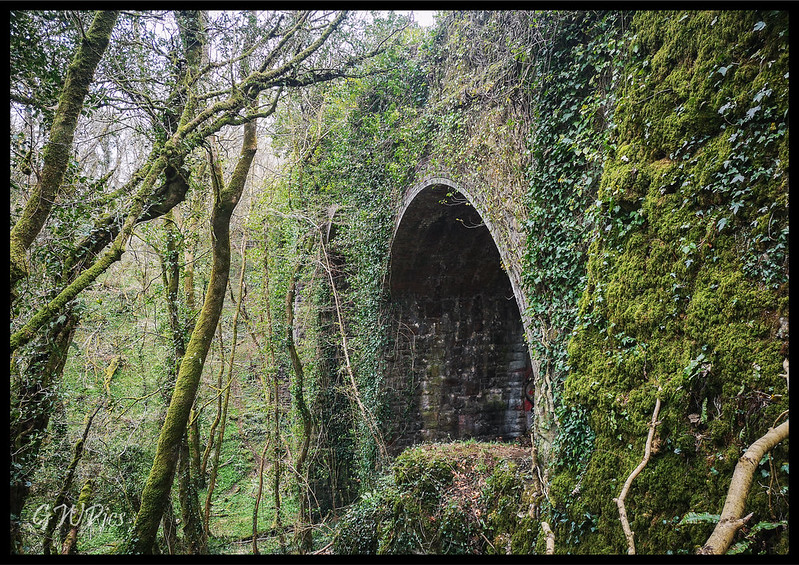 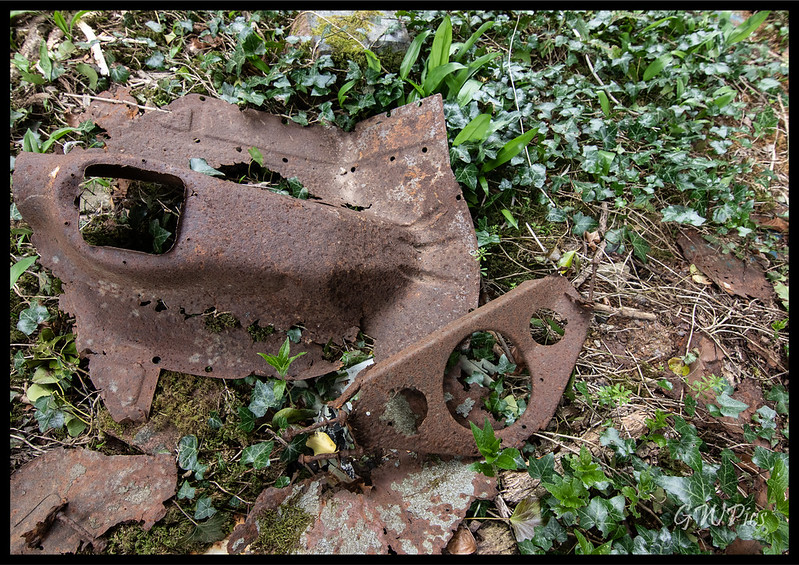 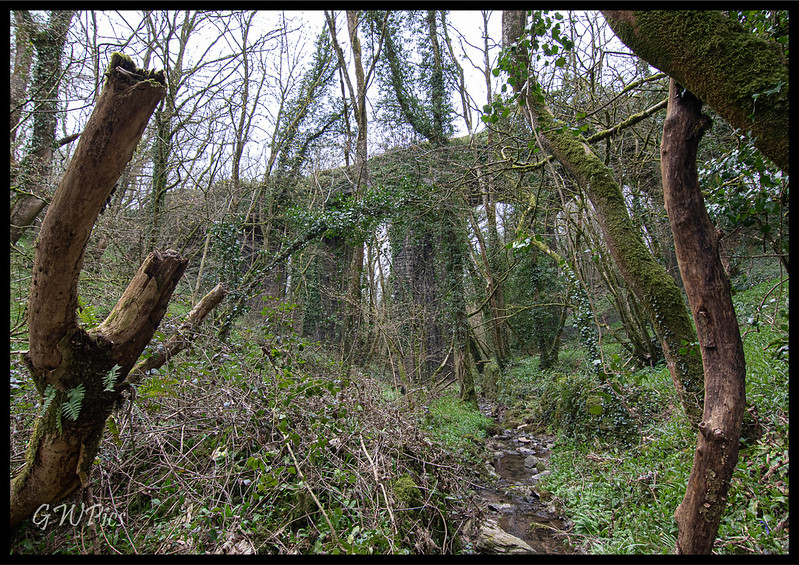 Nice pics. Being an IR fan, I especially like the infra red shot. Are you going back when there are some more new leaves sprouting? I thought that the car might have been a Mini. Just checked... No it wasn't and not a Morris Minor either.
S

The gearbox cover actually seems to be off a later Morris Minor (with "remote" gear change) - I have had mine off a few times over the decades. The cut out on the right hand side of the cover (closest to the camera) is for the small separate cover over the brake master cylinder that rather inconveniently sits inside the right-hand chassis leg. The idea of the removable cover, held in place by brass BA screws, is so you can lift the 'box out through the floor. Not sure about the other bits. Note to self - I must get a life......

As others have said, nice images!
H

The brick side walls and the natural rock roof reminds me of Box Tunnel in Wiltshire. The rock in the Bristol tunnel looks as if it might be cheese, ready to be sliced off and put on a doorstep cut from a fresh loaf of bread