Another one of myself and jacquesj's Leicester finds, been looking at this since it closed in 2007 but finally managed to get it done this year It had been an awful long time since I had last set foot in the place, the last time being for a Christmas panto when I was in primary school. Its a pretty large building with many huge cavernous spaces, quite different from the usual older theatres. First visited with jacquesj, then we have returned numerous times with MD, Boothy, Mr Carrot, Mr Sam and numerous others

The Haymarket Theatre was built in 1973 to supersede the Phoenix Theatre. It was built immediately opposite what had been the Palace Theatre on Belgrave Gate, which had been demolishe in the 1960's. The Architects were Stephen George and Dick Bryant of the City Architects department, and Peter Forbes of the Building Design Partnership. The auditorium sat 750 people in a wide fan shape, close to the stage. The stalls seating was well stepped giving a good clear view of the vast stage.

The Theatre had a brief closure in 2003 to 2004 due to financial problems. The last production in 2006 was 'The Wizard of Oz' featuring Helena Blackman and Ceri Dupree. It then closed and was replaced by the new 'Curve' theatre in the new 'cultural quarter'. The City Council had plans to reopen the venue in the summer of 2011, converted to a £6.5 million Youth Centre. Some stripping took place, but then the project was abandoned and the theatre still remains empty. 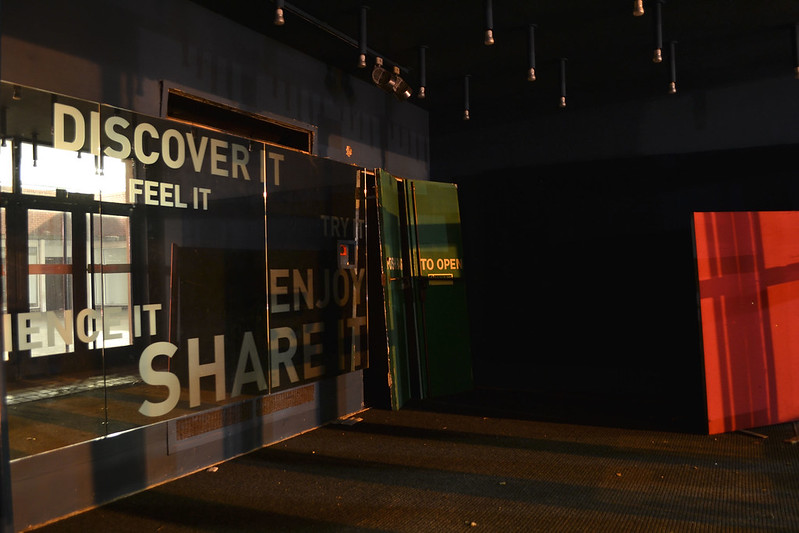 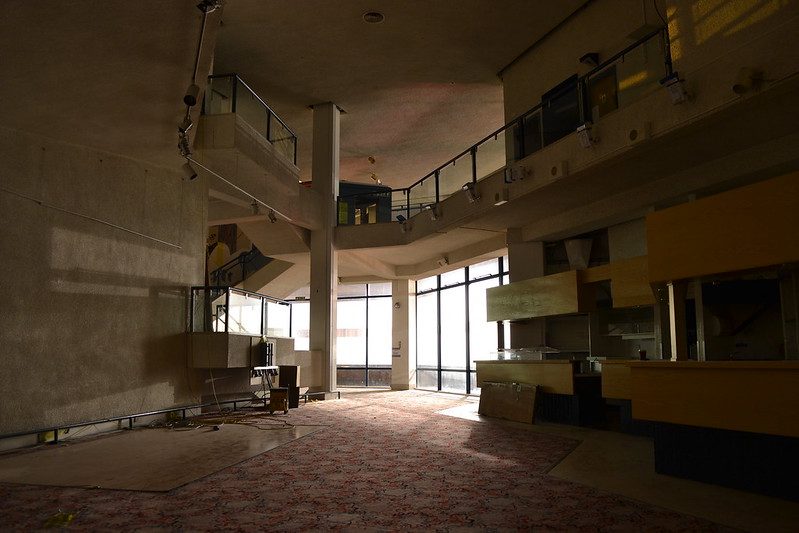 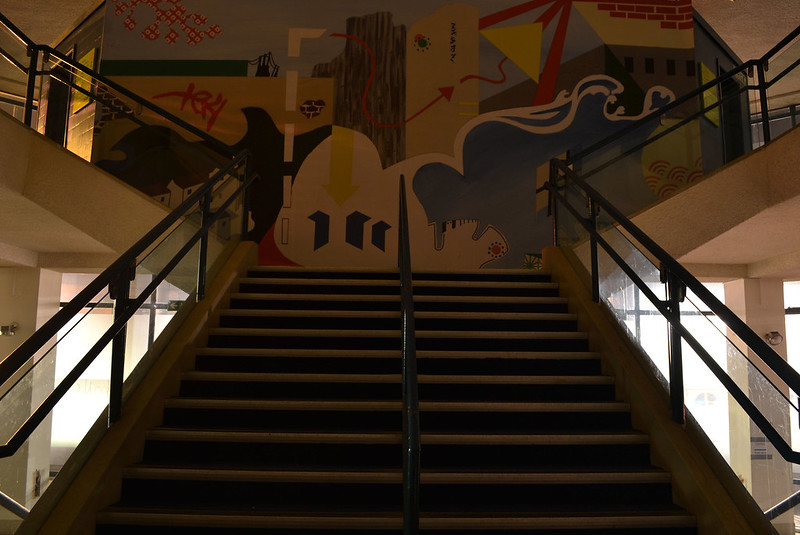 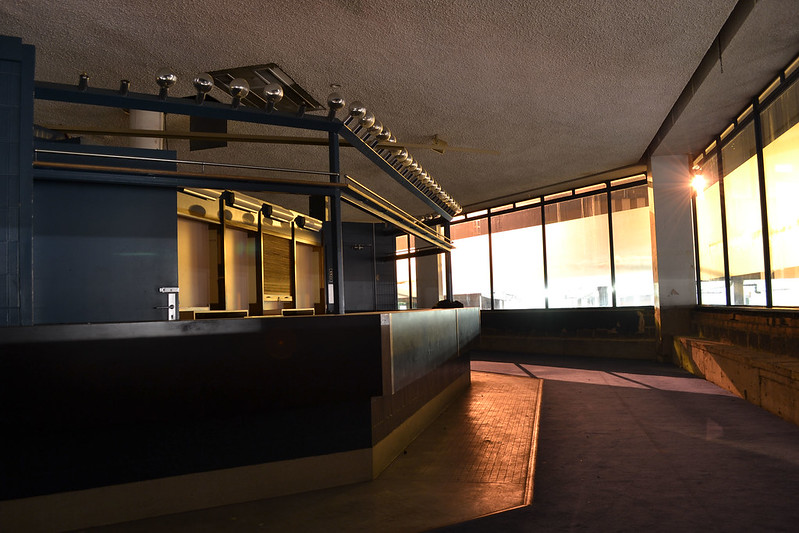 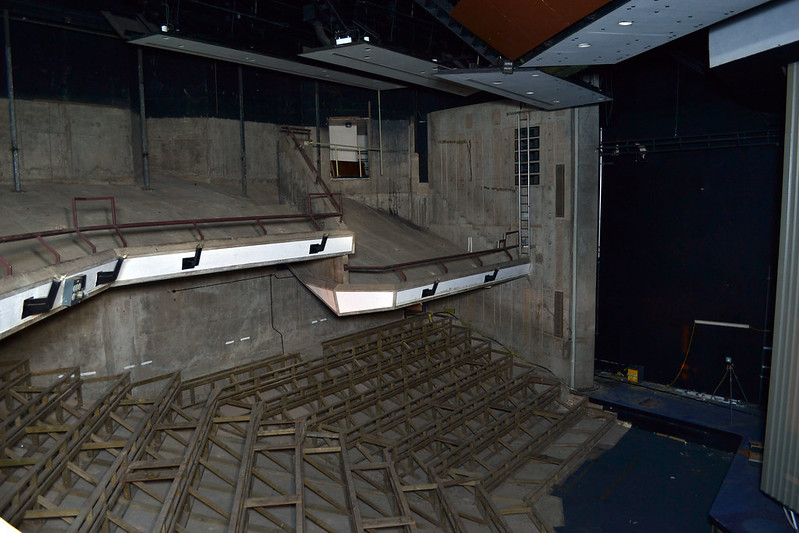 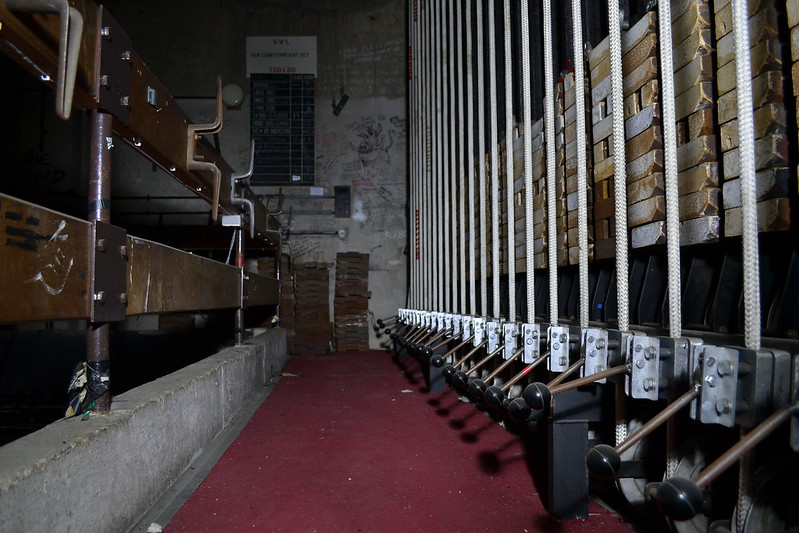 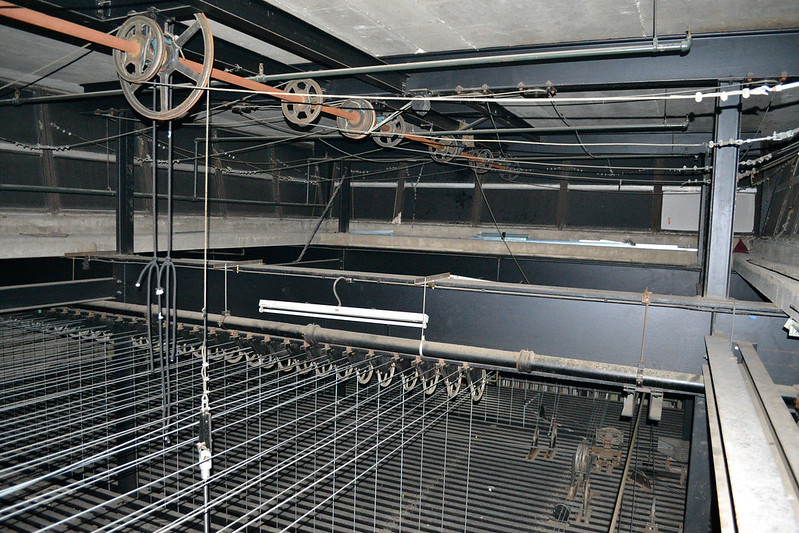 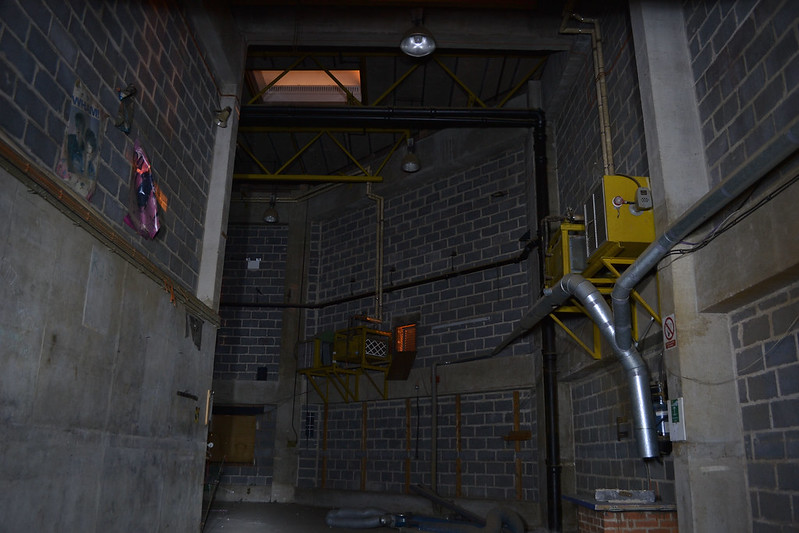 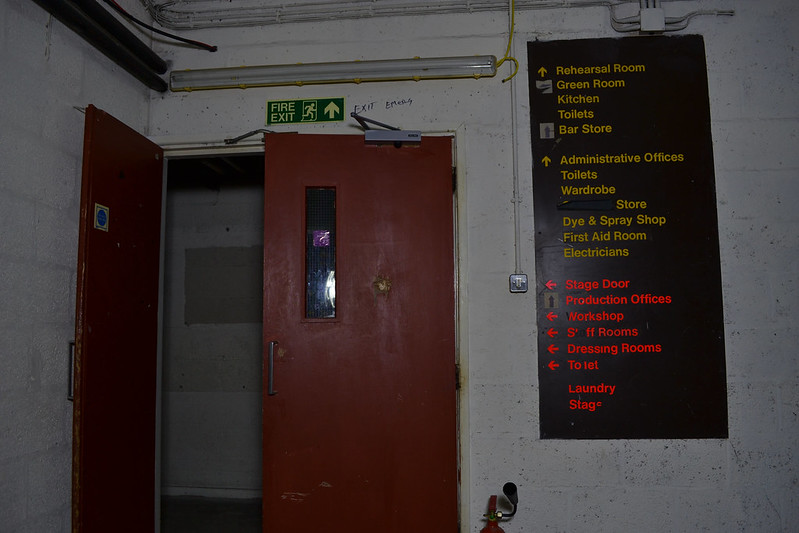 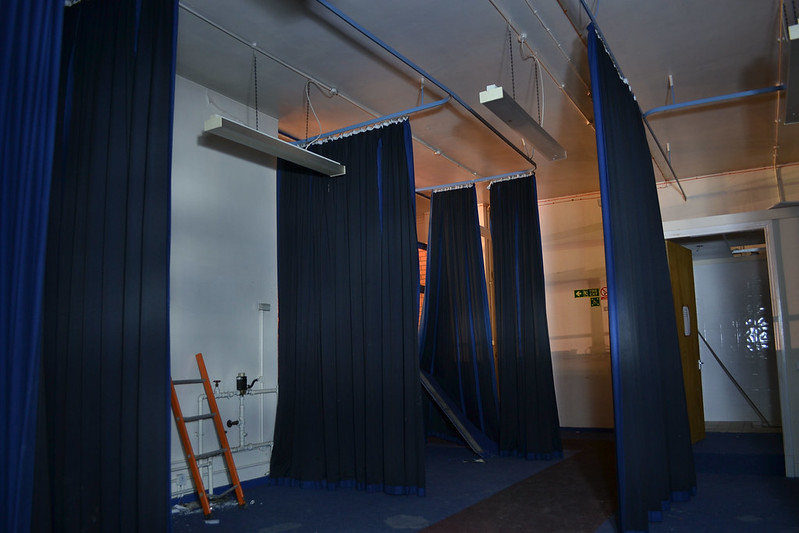 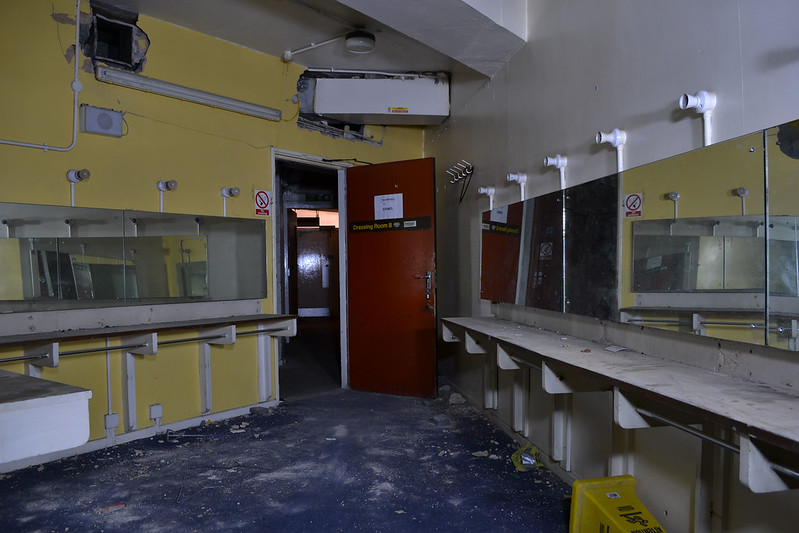 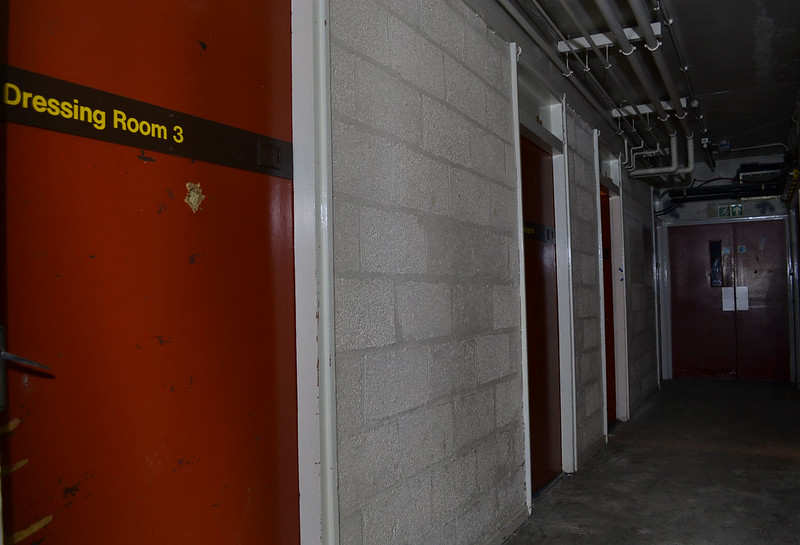 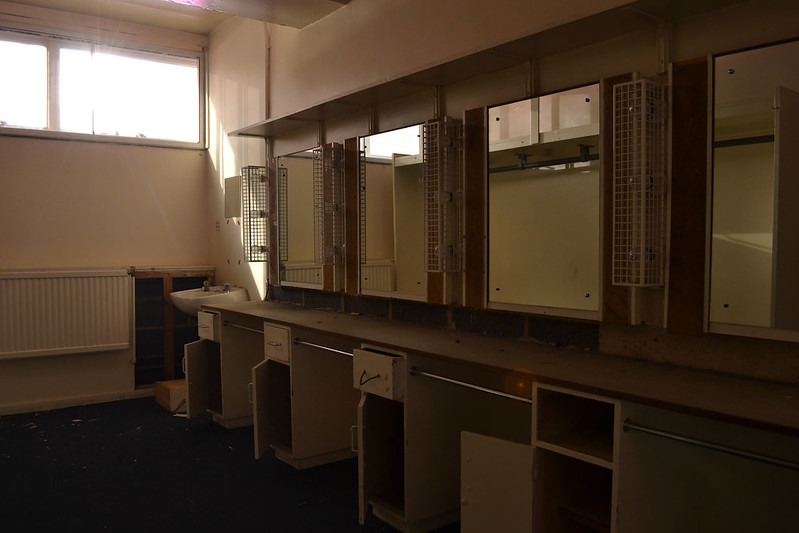 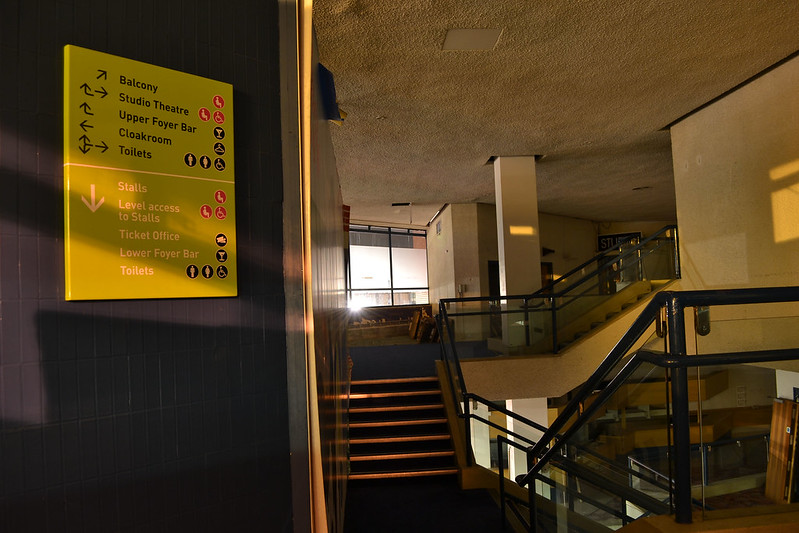 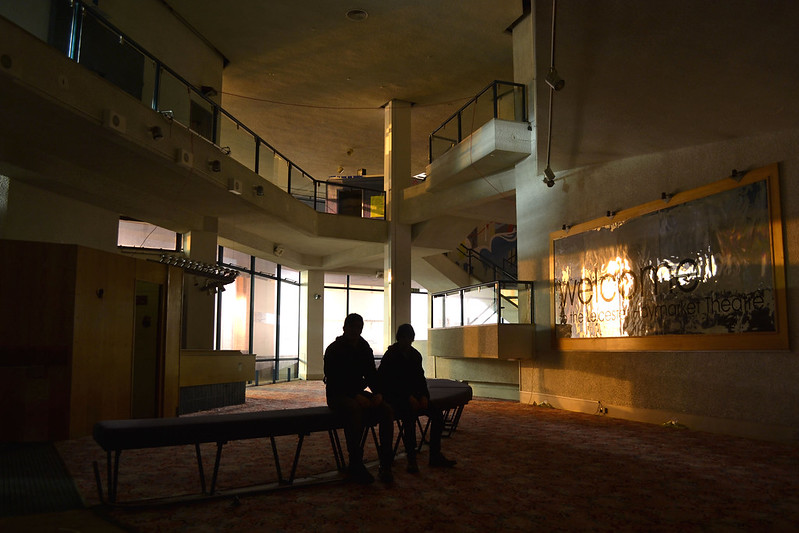 Very nice Goldie, thanks for sharing. Seems a shame the Youth project fell through, I do bits of work in a similar project in Bristol and it's excellent.

Yes its a bit of a shame really, they are never going to be able to get anyone else to take the place on I don't think. Theres a bit about the now abandoned project here: http://www.myplacesupport.co.uk/Inspirationals/haymarket-youth-hub-myplace-leicester.html

Also a link to an article on the new Theatre: http://www.theguardian.com/stage/2012/aug/09/leicester-curve-theatre-disastrous-mayor
F

Seems strange it just stoped it looks a great venue,thanks for sharing.

Thanks for the stroll down memory lane - I was last here about 15 years ago.

I haven't been to The Curve (I have few reasons to visit Leicester these days), but I am friends with an actress who has performed there several times and she says that it is a fabulous place to work. I can't help feeling sad, though, that the Haymarket Theatre has closed. In its heyday it was nationally feted as one of the most significant regional theatres in the country. I seem to remember that there has been talk of poor management of the theatre - and, in fact, of the whole Haymarket complex, pretty much since it opened.

I'm all over this, I love the levers and pulleys, mad!
Don't the terraces look odd without seating too? I always imagined them to be stepped, not sloped.
Fantastic report as always Goldie, cheers for sharing!

Abandoned theatres have a real presence to them don't they? Thank you for capturing this - I suspect the lure of a quick buck will see the place sold on PDQ. Most council owned buildings are under threat these days it seems.

nice one mate superb photos so gutted i missed that day

I went there to watch Ross Abbott in the panto when I was 13... shame
F

I remember going to see Sheridan's "The Rivals" performed here, in the theatre's heyday. It seemed quite a grand place then. How short lived are modern ventures.