They say good things come in small packages, and this is certainly something that rings true for this little bungalow.

This small bungalow was abandoned in 1991 and has been sat in a time warp ever since. Sat at the edge of a farm hidden away deep in the in the countryside, this sweet little place has barely been touched.
Its hard to say why it was abandoned, but I suspect it was lived in by an elderly person and left empty when the died.

I found a planning application put in during the April of 1991 to demolish the bungalow and build another, which was granted. However clearly this never happened.

I've been trying to find this bungalow for a good few weeks now, but I was having no luck. Scouring Google Maps was becoming futile. I knew the rough area of it, but I just couldn't find it.

I decided that the only way I was going to find it was the hard way and to get out and find it on foot. I had a few potential locations marked on my map, but all of them turned out to be wrong.

So as a last ditch attempt I decided to just walk and follow my nose, and through sheer luck found it!

While it seems to be well and truly stuck in the 90s with everything left exactly where it was, there were a few details that led me to think it hasn't been totally forgotten. Firstly the power to the building is still on and uses a modern looking consumer unit. Secondly the grass around the bungalow is well trimmed and kept.

I had a bit of a panic moment shortly after going inside when I heard things being shuffled around outside toward the side of the building. I didn't see or hear anyone, but something was definitely making a racket. It stopped after a few minutes but I still have no idea what it was.

The rest of the explore went uninterrupted. 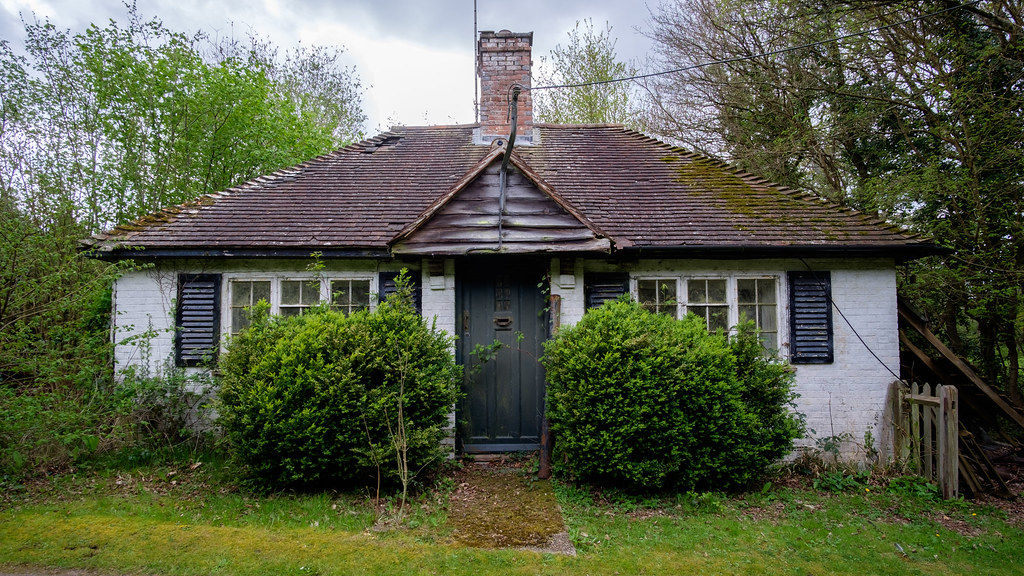 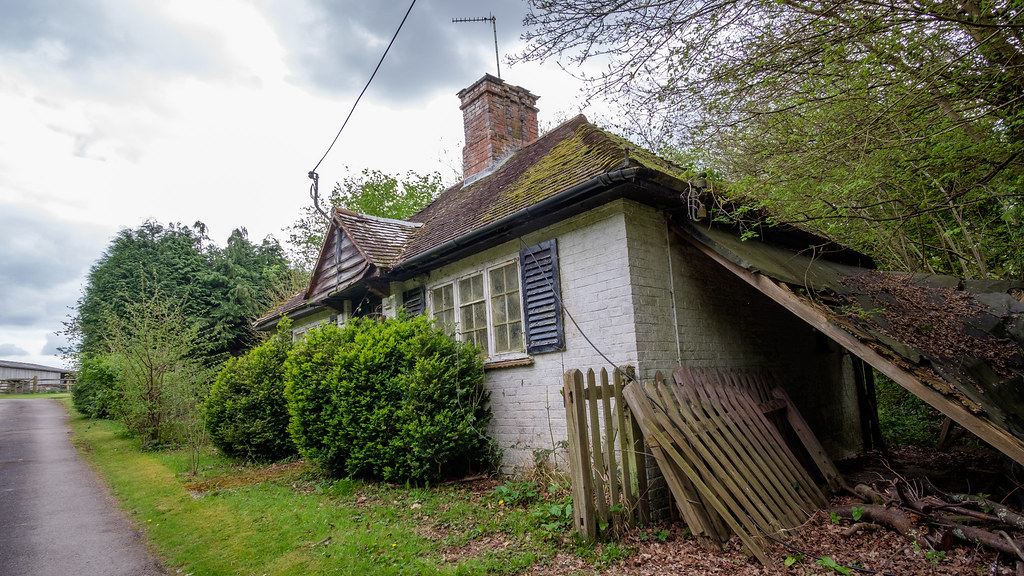 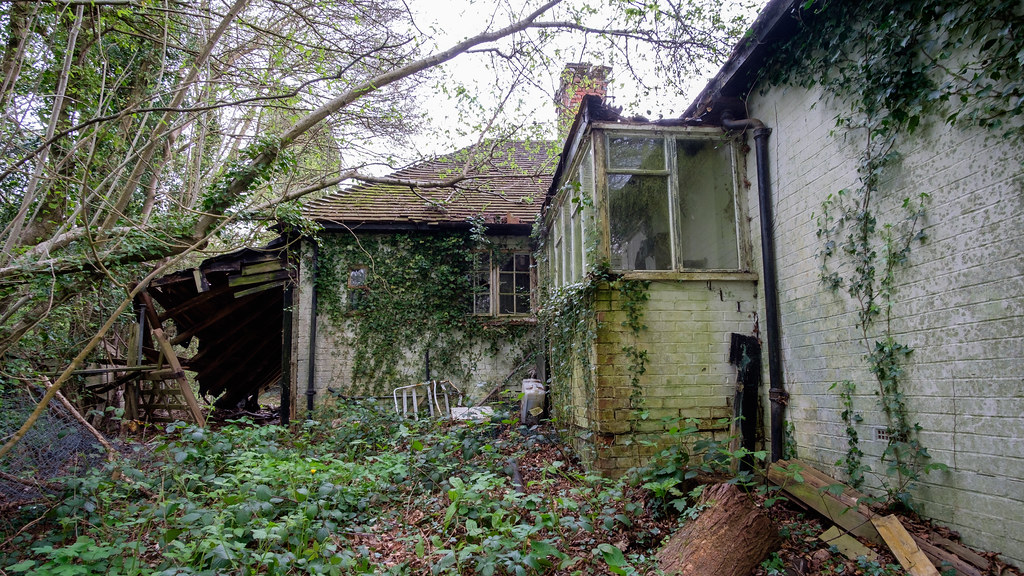 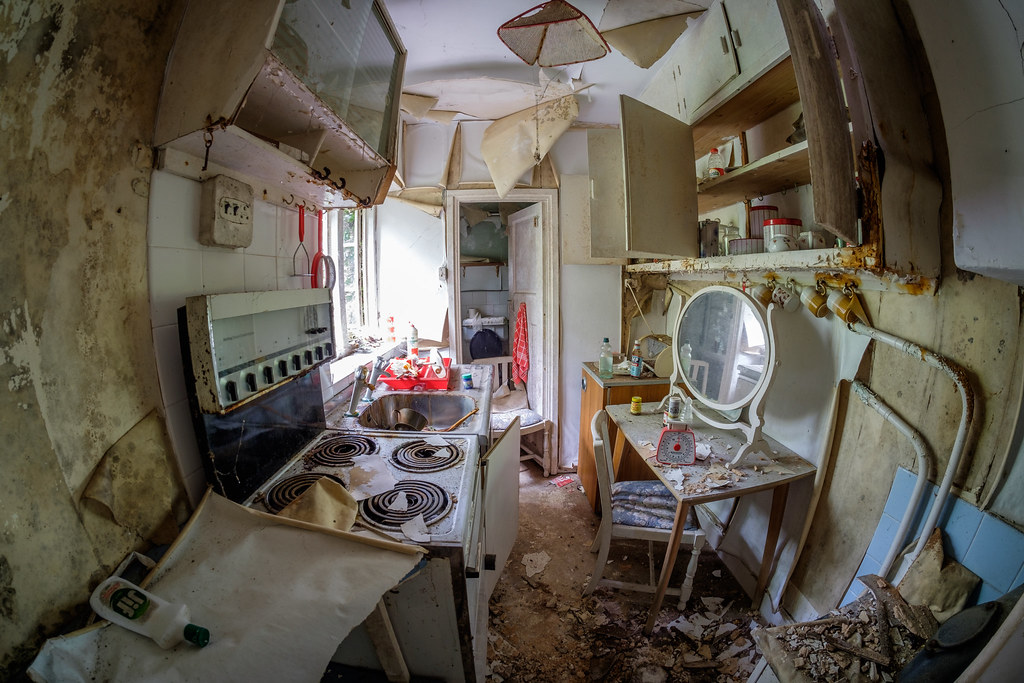 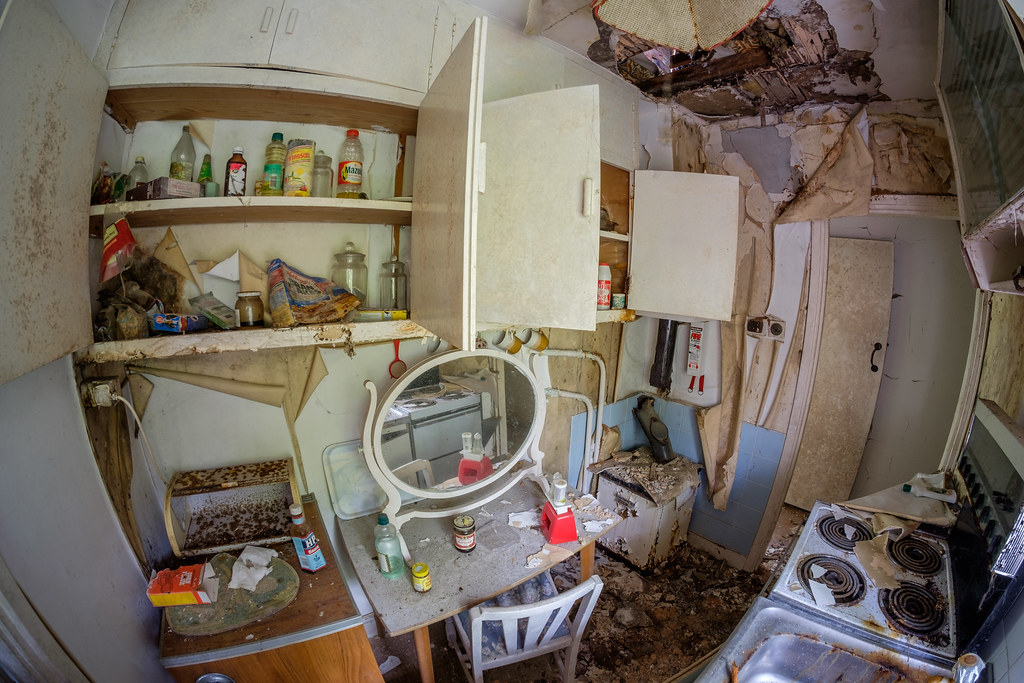 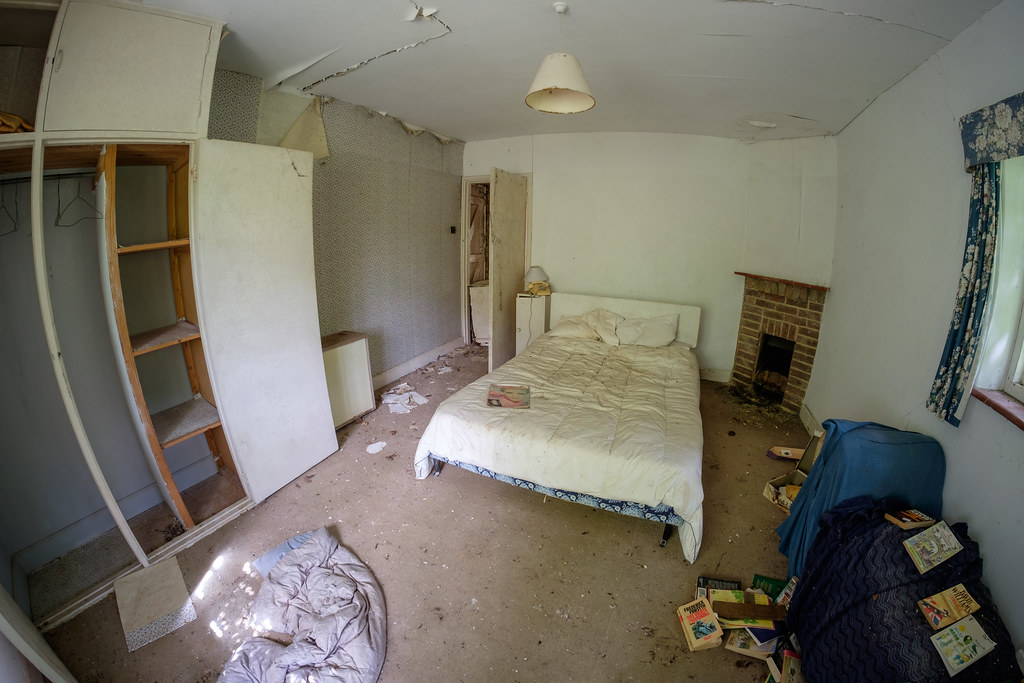 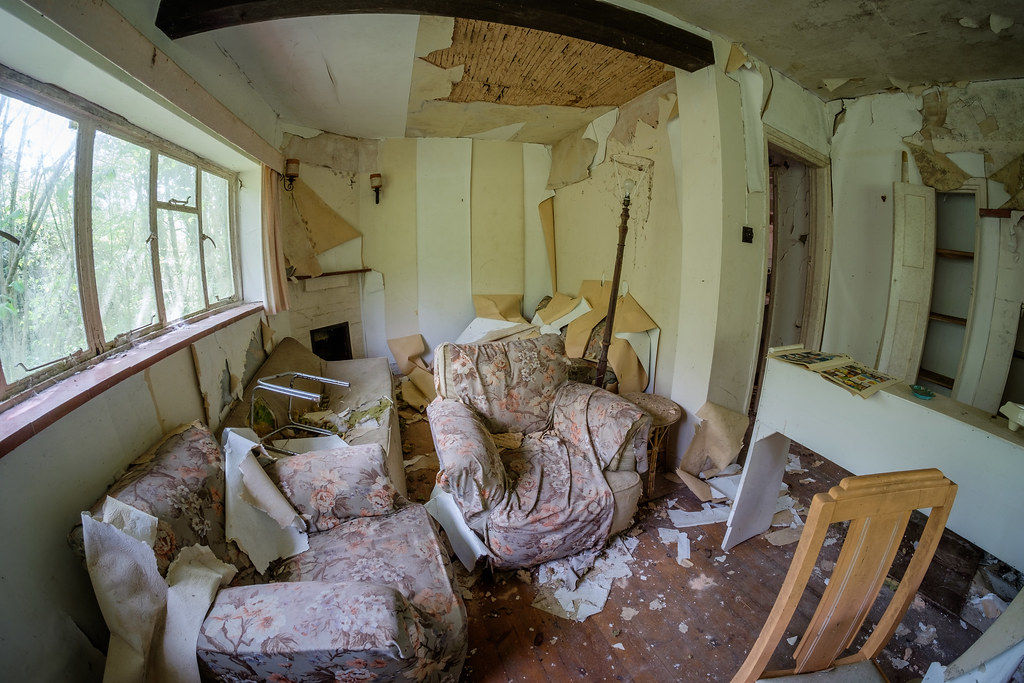 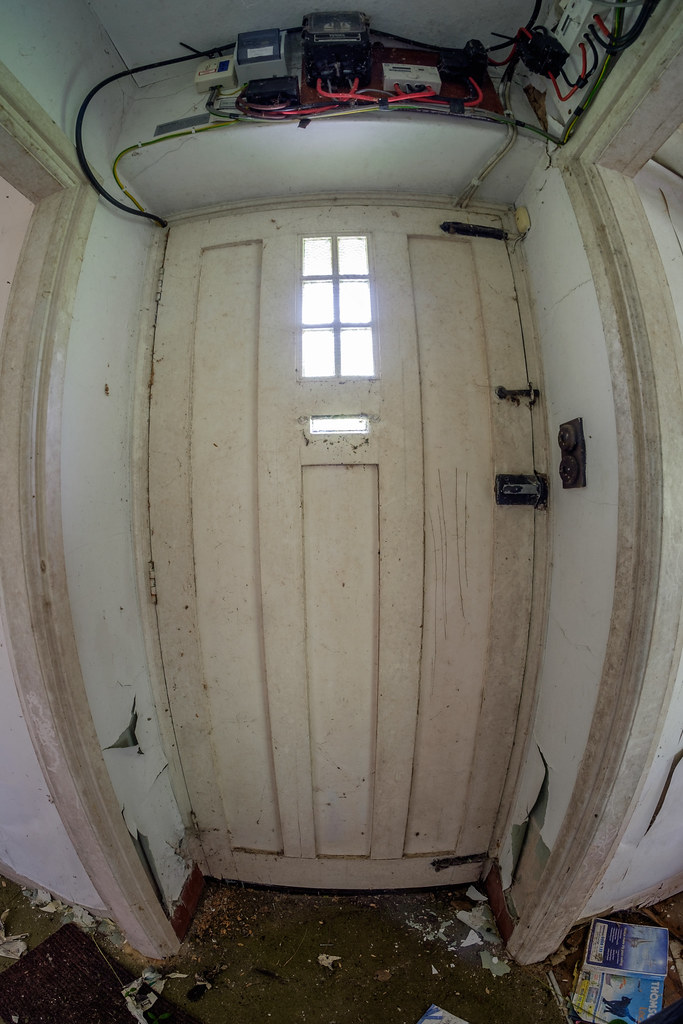 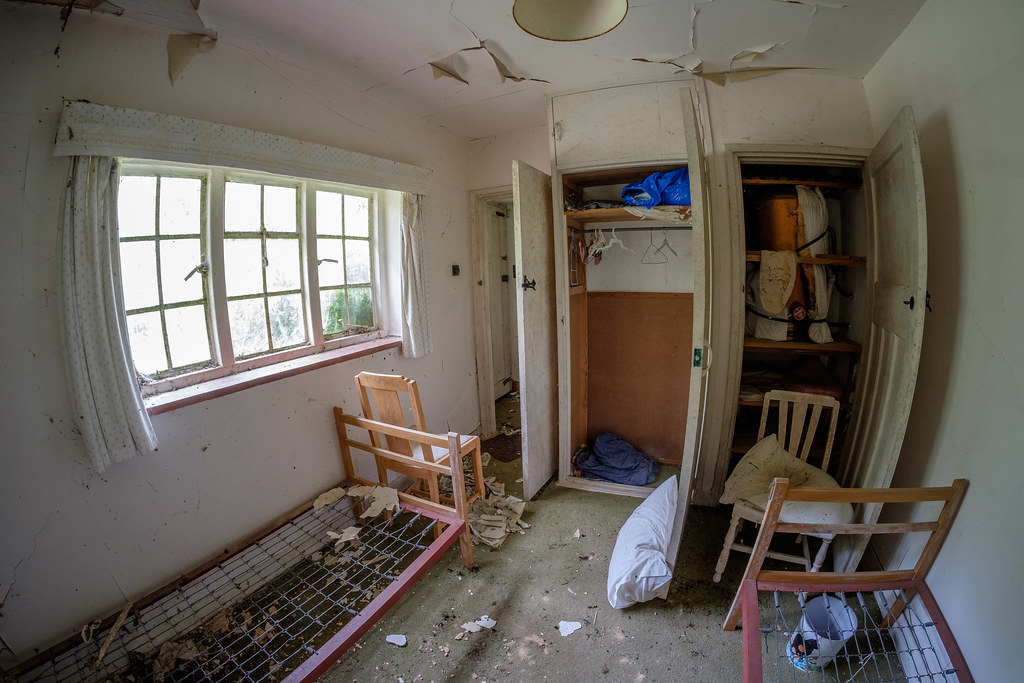 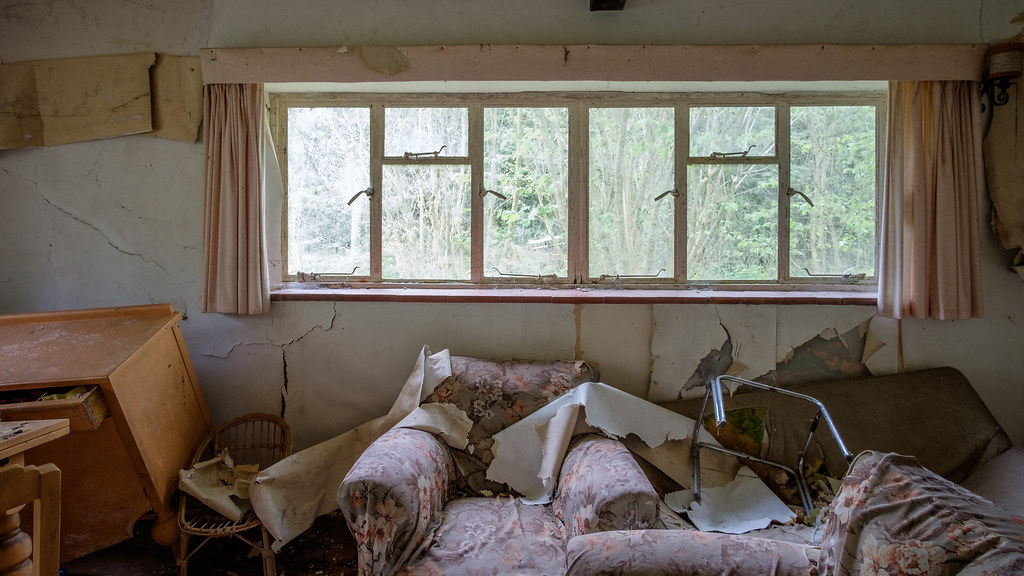 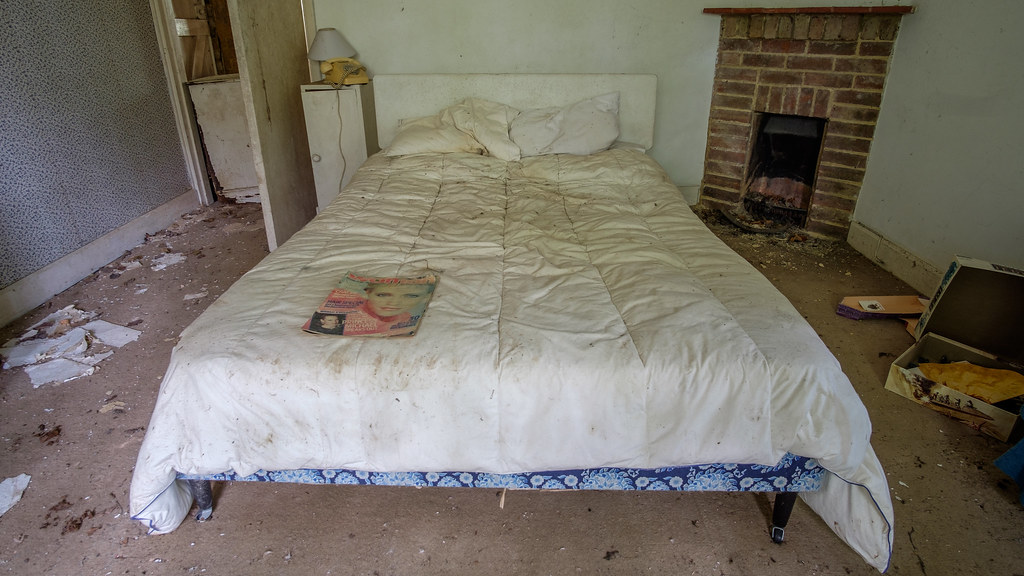 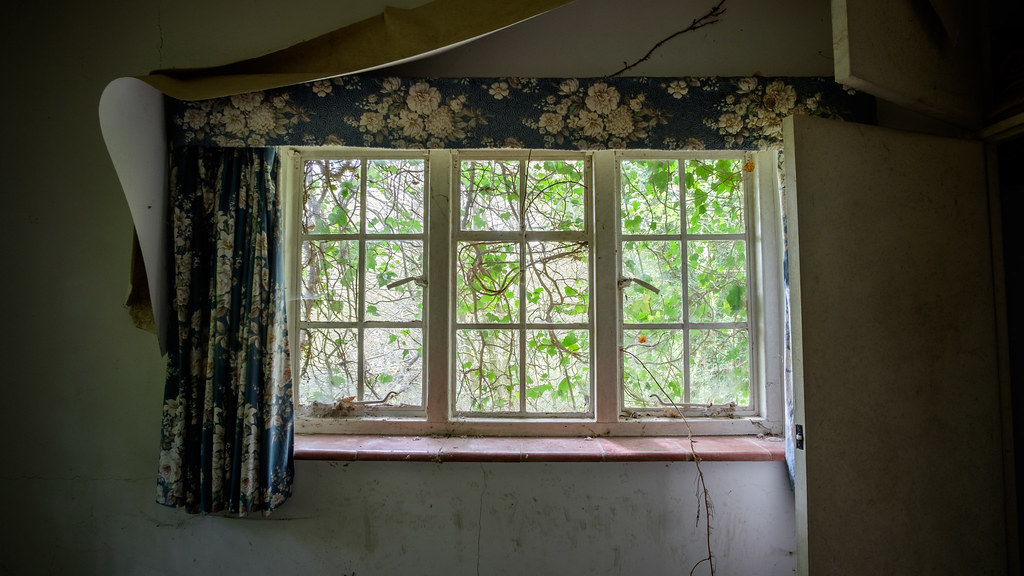 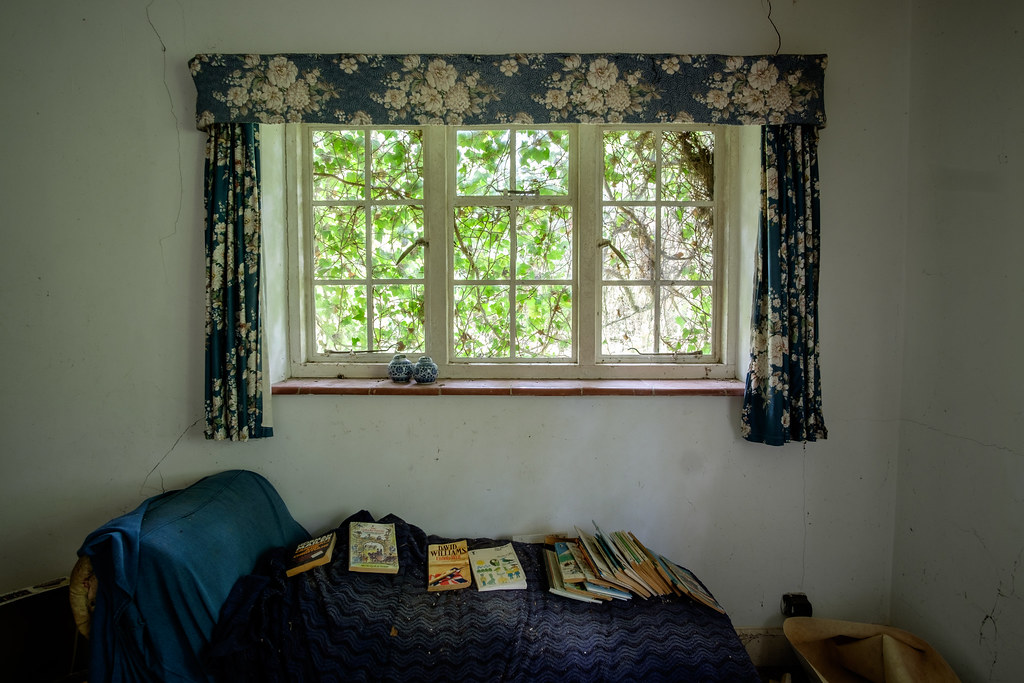 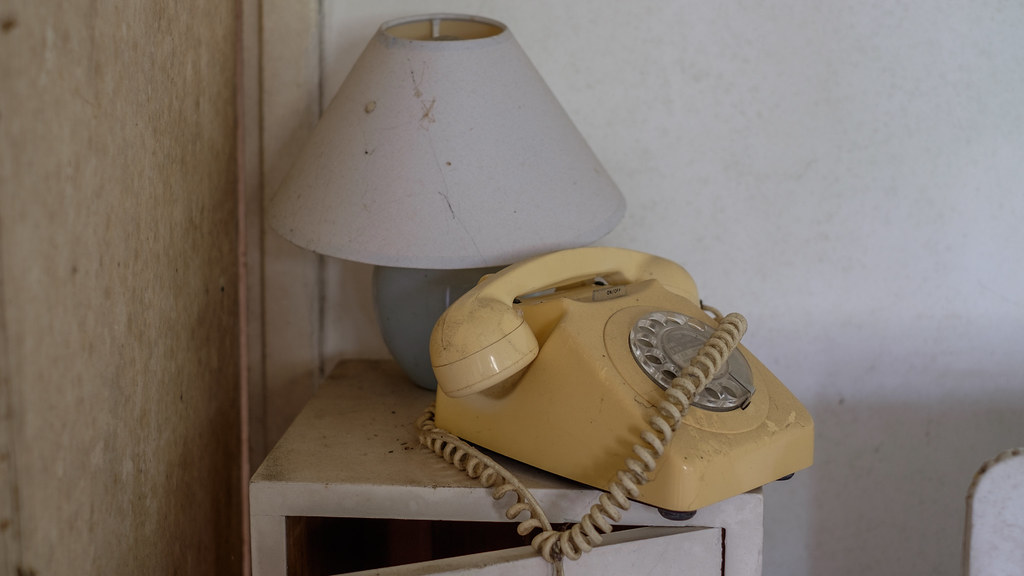 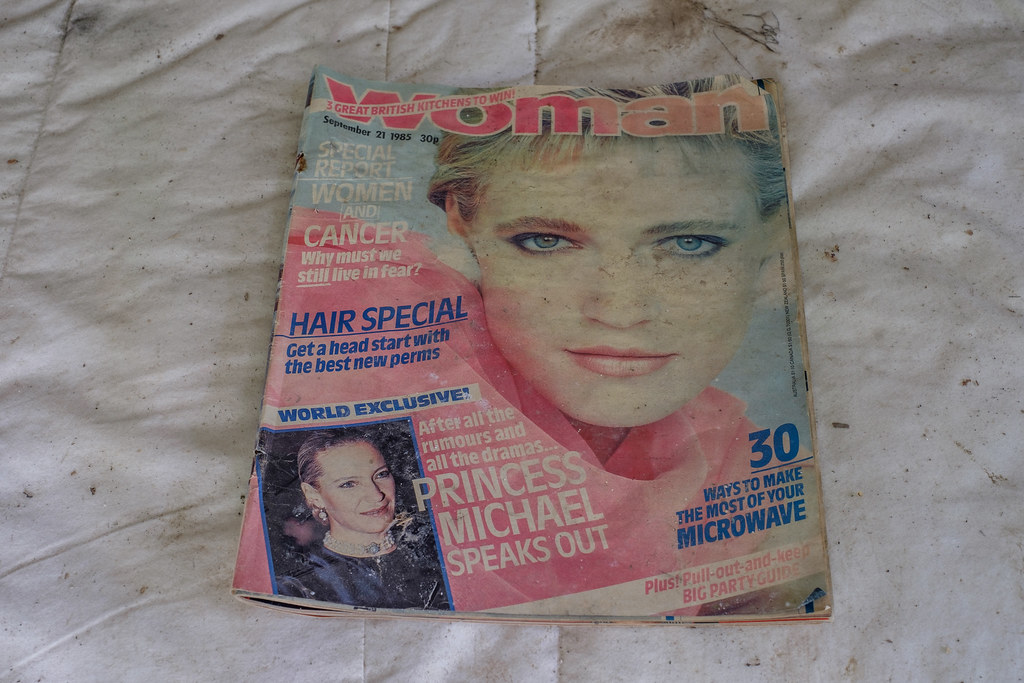 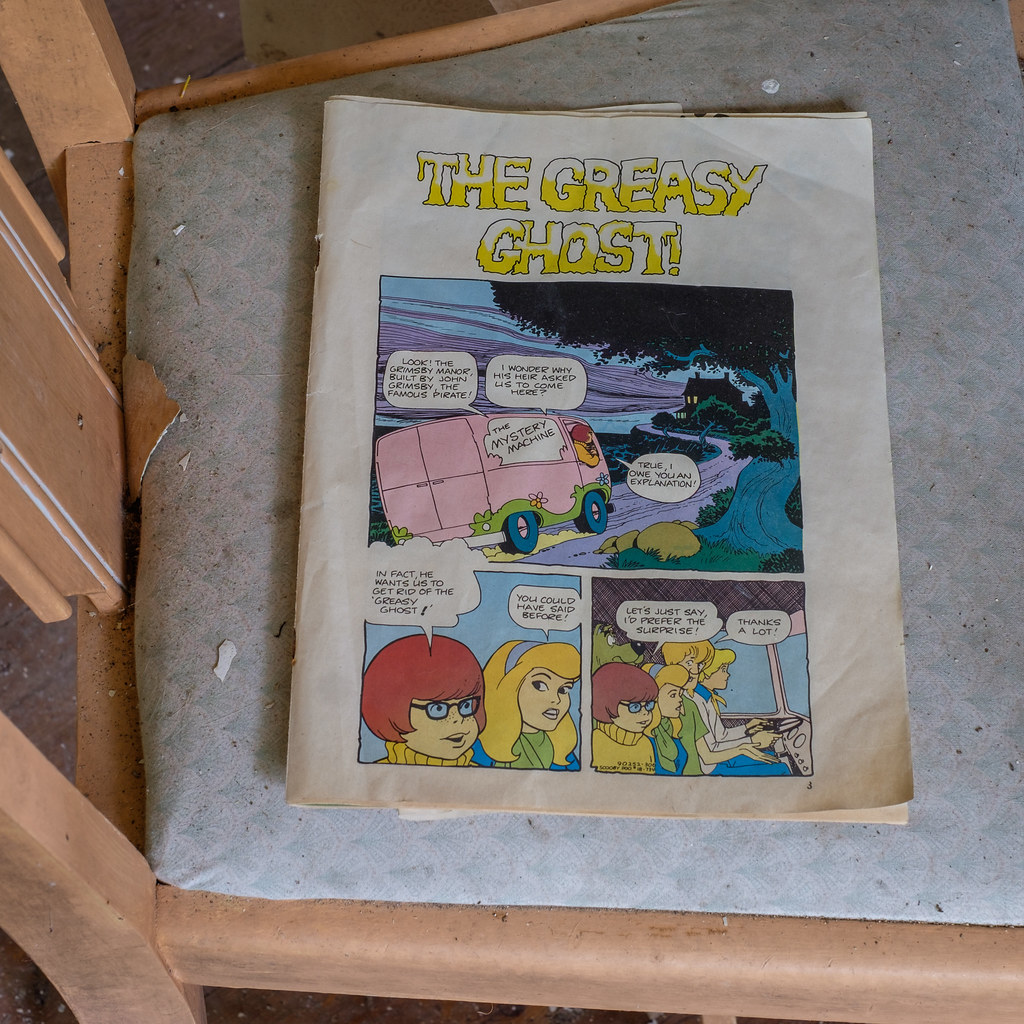 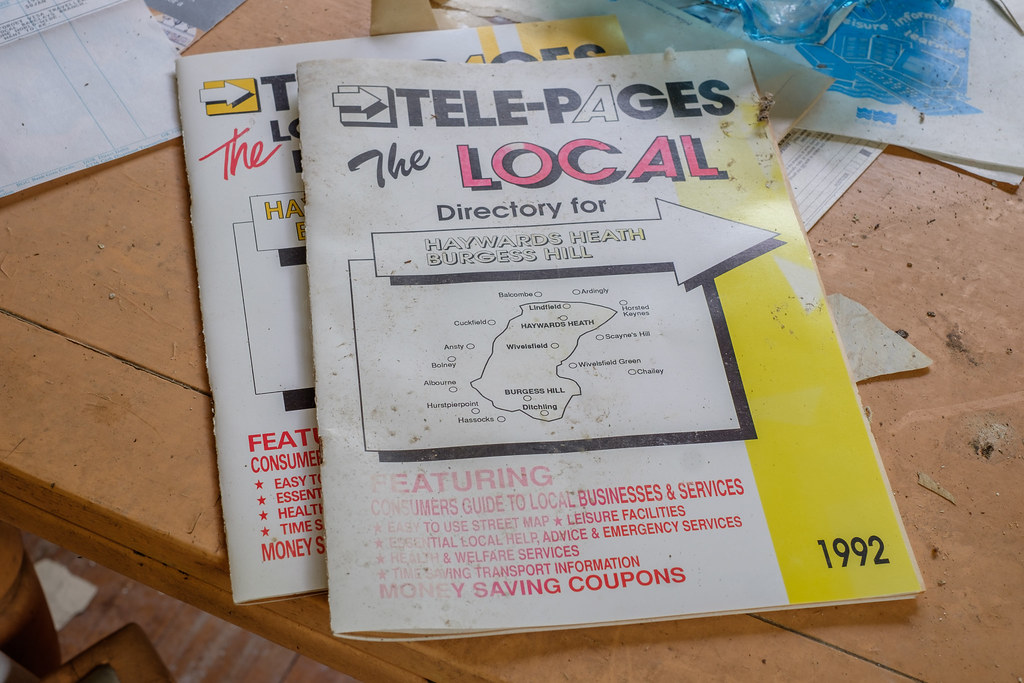 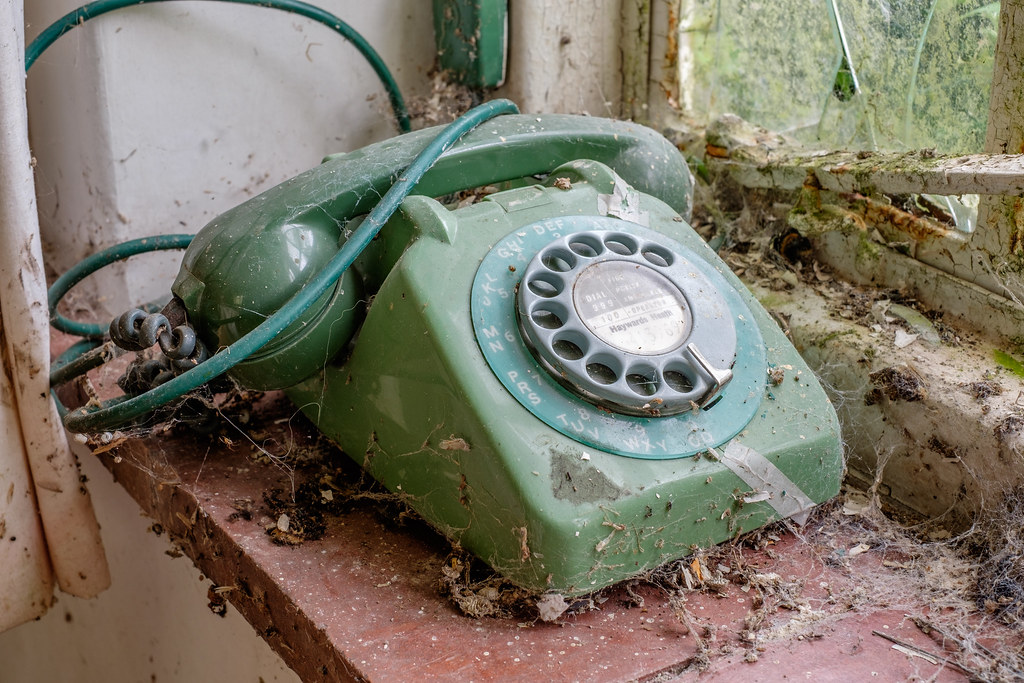 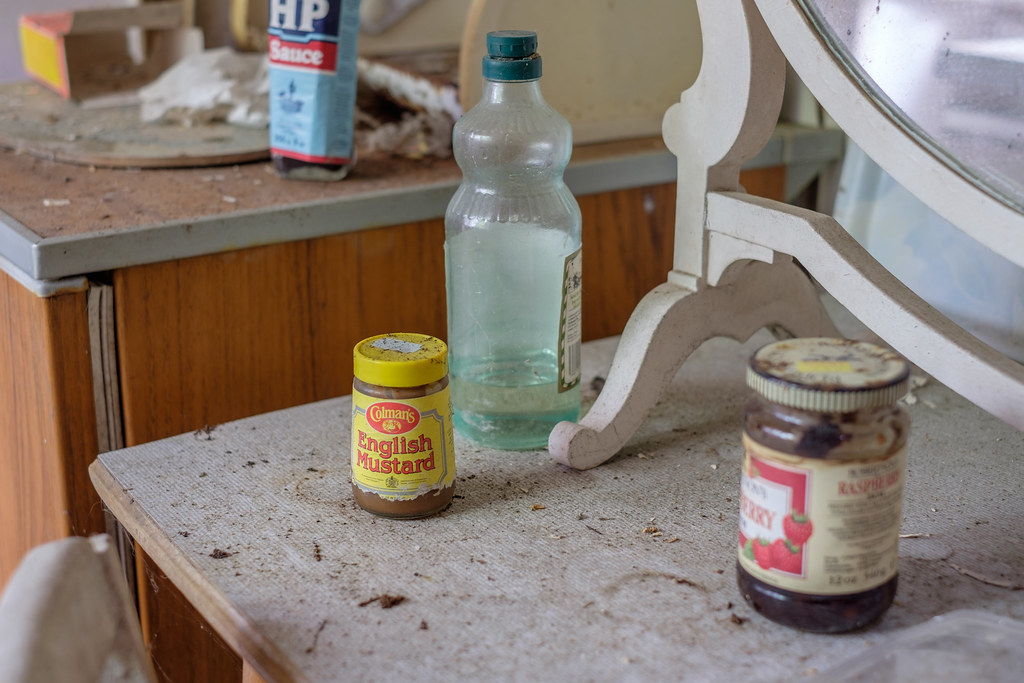 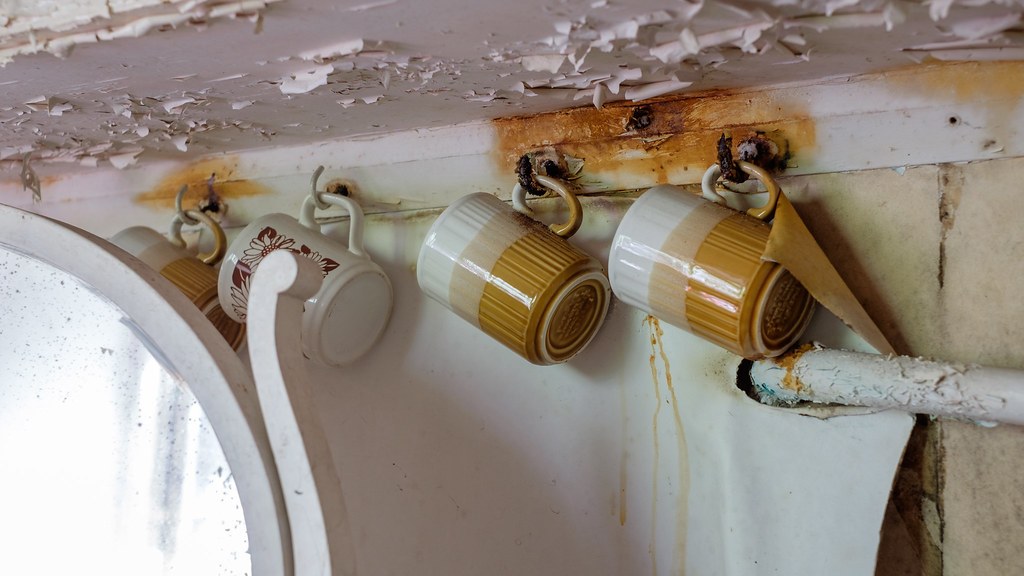 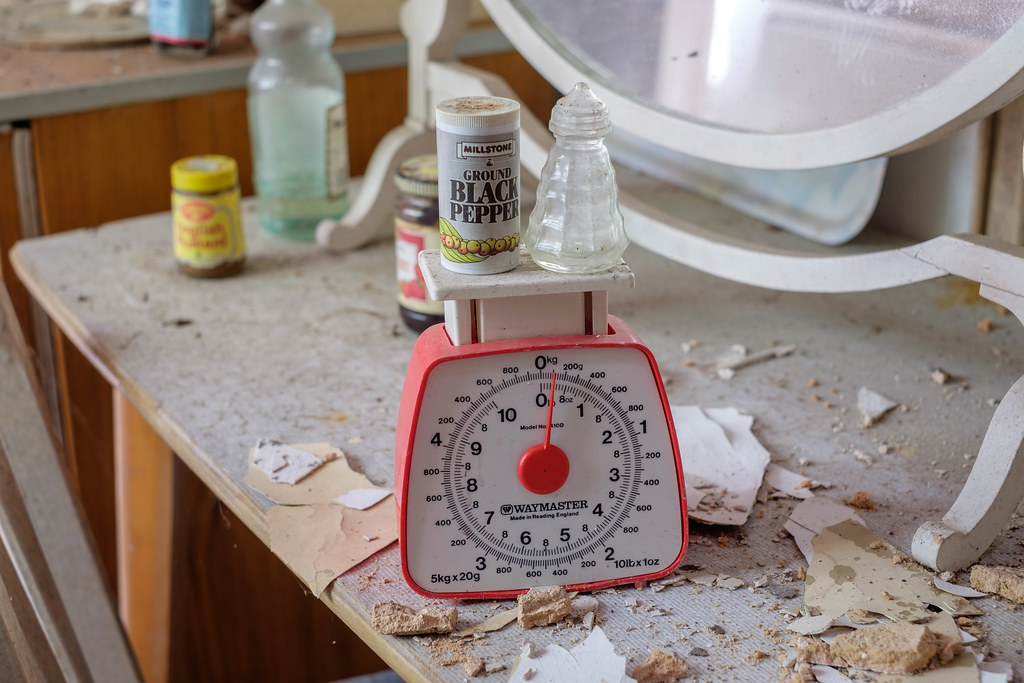 The power coming into the building. To me these units look more modern than 1991, but I'm sure someone will correct me soon enough 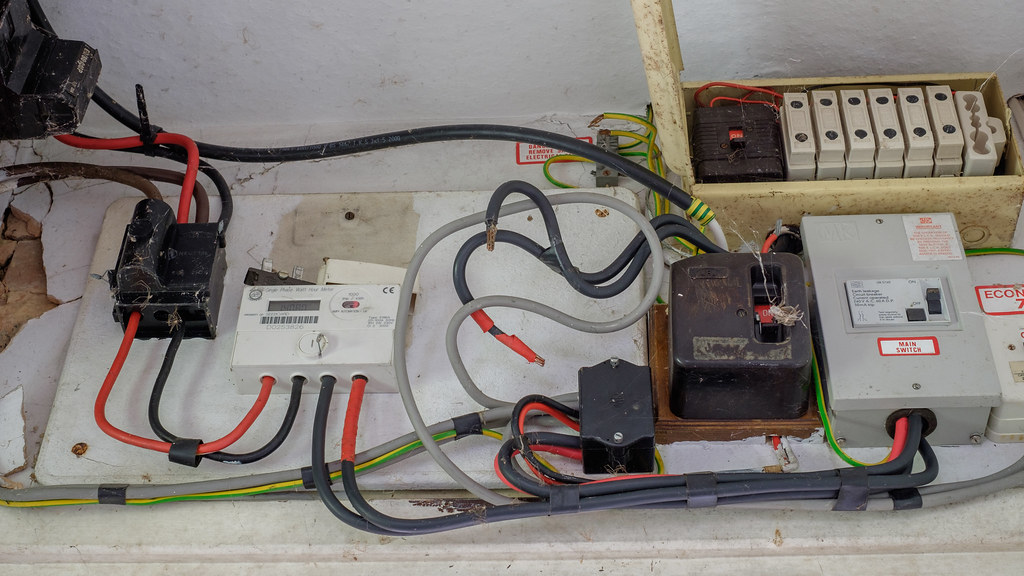 Nice find. There is a date sticker on the top left of the electricity meter. I think the first electronic meters were introduced about in 1993 in this dno area. :goofy: And I totally love the Scooby doo comic, Thelma was my childhood crush.

You should've gone onto Burgess Hill Grom, couple of nice sites there, least there was eight years ago. It glad your persistence paid off, Nicely Done, Thanks
D

Well done for finding it. I've been searching for this one too. Google maps definitely not been of help as you said. Some interesting bits to see.

Not wanting to look like an electrical nerd, the newest bit of domestic switchgear above the door could be the 1980s ELCB, or that unit for the swimming pool. Swimming Pool! wonder where that was?
As stu8fish points out, only the DNO Meters being newer, this one dating to 2002.

Loving the retro GPO 'phones though. Amazing that they have remained there. What a nice find Gromr123.

smiler said:
You should've gone onto Burgess Hill Grom, couple of nice sites there, least there was eight years ago. It glad your persistence paid off, Nicely Done, Thanks
Click to expand...

I went there a little while ago and found the police cottage place. Although the nursing home i went there for had been flattened! I'm sure there is more there though, lots of lovely cottage type places round Sussex.

As electric says, 2002 on the meter. Crabtree CU top right 1960's. Think that's an MEM switchfuse in the middle, same era. The grey MK unit will be ELCB or possibly an earlier RCD unit dating from the 1980's. Seems to be two meters which is odd and two supplies.

Someone's fettled with it as the tails to the switchfuse seem to be disconnected and a few earth's. But the main CU looks like it still be live. Be careful out there...

Electic nerd talk, sorry.
2 Meters were for economy7 heating, providing cheap rate electricity overnight. The second meters supply is looped from the incoming side of the smaller cut out into the series 5 Henly cut out. This second supply would have only powered storage heaters and be controlled by a time switch. When the economy 7 was decommissioned it was normal practice to remove the time switch and storage heaters and repurpose the wiring for additional sockets.
Oh and the top con unit with the porcelain fuses had a small asbestos mat where the fuse wire is fitted. Safe as long as you don't sniff it.

what a lovely find Gromr, you got to love a bit of scooby doo

This is a fantastic report with wonderful photos. I'm learning a lot about domestic switchgear from the comments too.

Neat place...you are certainly setting the pace round these parts! Lots of reports and potential locations for me to shamelessly piggy back on....thanks for the shares.

interesting place, the only recent bit of electrical gear is the digital electric meter, as the property still has its supply, someone is paying the bill, as otherwise it would be disconected.
Maybe this building feeds outbuildings on the farm that are still in use?
As previously mentioned, the tails to the MEM pot fuse board have been disonnected, so its looking like the house wiring is all dead.
F

Thanks all! The bungalow is right by the entrance into the farm, which uses one of those automatic opening gates. Could it be possible that it is providing power for that gate?

Gromr123 said:
Could it be possible that it is providing power for that gate?
Click to expand...

You might be right there Gromr123. Could be with that bit of SWA out of the top.

I must admit that I like to stop, stand there and study the dodgy or otherwise electrics inside buildings, Just trying to find out how things worked.
Sounds like there are a few people who do this out there! Phew. At least I'm not that weird then.

Ooh right on my doorstep!! I need to get out more...
L

This is definitely a tricky one to find, I managed to find its location and will be going back soon to take a look inside great photos

That's Uckfield mate, Burgess Hill is down the road from Hayward's Heath