A piece of British WW2 History hidden under a hillside. HMS Forward, a maritime intelligence centre, was key to monitoring the English channel and and was heavily involved in D-Day. Although it's fallen into dereliction, attempts to restore and maintain it have been carried out by 'Friends of HMS Forward'.

HMS Forward was the Royal Naval HQ, setup up on the 20th of June 1940 in the Guinness Trust Holiday Home.
It had responsibility for units along the south cost, including:

The tunnels of HMS Forward began life in March 1941 after an Admiralty direction that ordered channel ports to setup facilities to maintain naval plots and created the need to securely house equipment for plotting and communications. It was decided to built a network of tunnels into the a hillside of South Heighton for operations to take place from.

HMS Forward was designed by Lt. Col. F.H.Foster, Commander of the Royal Engineers, and built by the 1st Tunneling Engineers Group and No 172 Tunneling Company. They were completed on the 14th of November 1941.

At the time they were a state of the art facility and were kitted out for every eventuality. This including backup power generator and full air conditioning systems with gas filters. They had chemical toilets, sleeping cabins and a gallery. Although the toilet were for emergencies only and it was noted that he veterans who worked here didn't even have knowledge of these toilets.

There were two Pill boxes at the top of the hill that were accessible from inside the tunnels, but were demolished long ago.

During its operational period between November 1941 and August 1945, the tunnels of HMS Forward carried out many key maritime operations. It monitored the English channel from Dungeness to Selsy Bill using ten radar stations from Fairlight to Bogner Regis.
It was heavily involved with D-Day as well as nightly raids on the occupied french coast.

A very nice explore in a very nice set of tunnels. They are quite extensive and is quite the maze, however once you get your head round the layout its impossible to get lost.

Its quite a shame that such an important piece of history has been left to rot. This is somewhere that really needs to be preserved for future generation. I'd heard that there was intention to turn it into a museum some time ago, but plans for this got scuppered by the local residents up top.

It was clear that there was once some kind of open day as there were still laminated signs and notices left up by the 'Friends of HMS Forward'.

The West entrance with signs and notices from a previous open day / tour. Looks like it was a good few years ago though. You can see here what looks like a machine gun nest in the brick wall as you turn the very first corner. 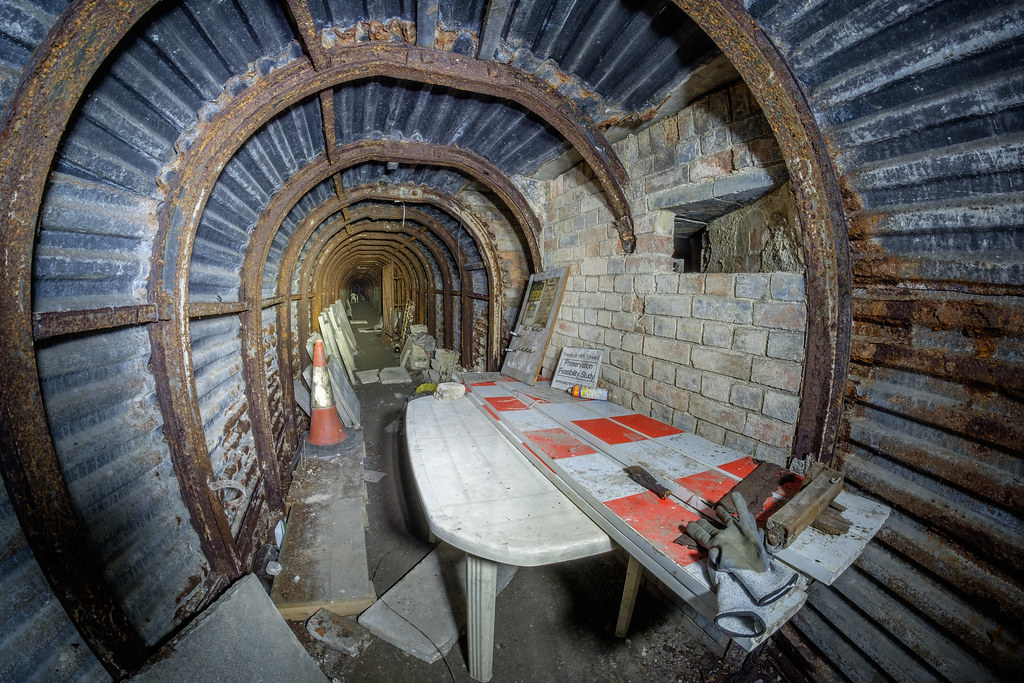 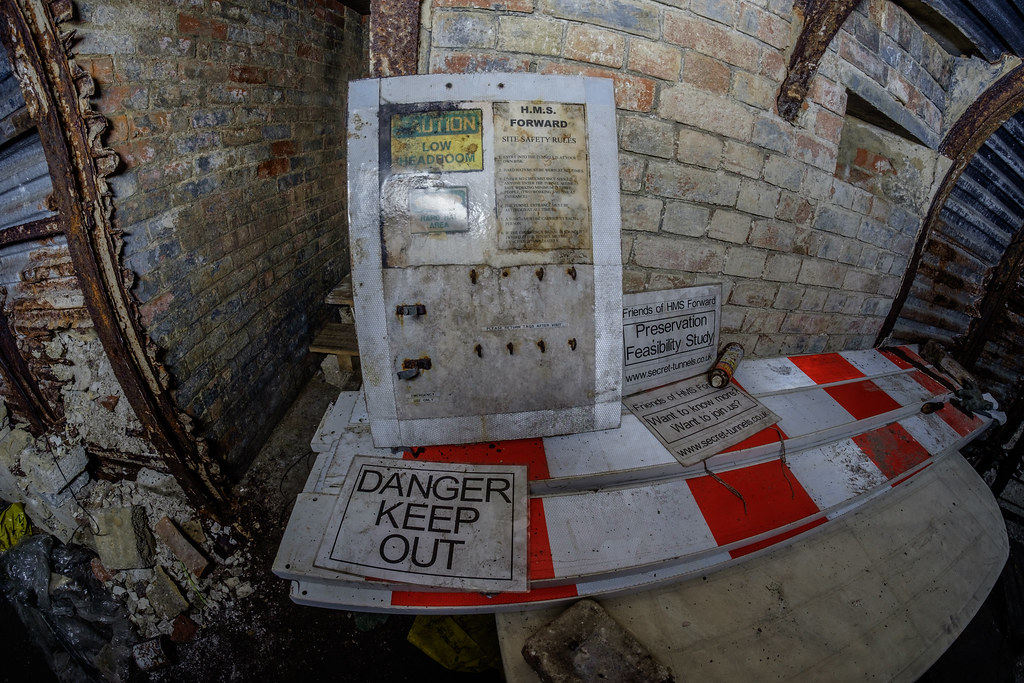 The large security gate of the West entrance. 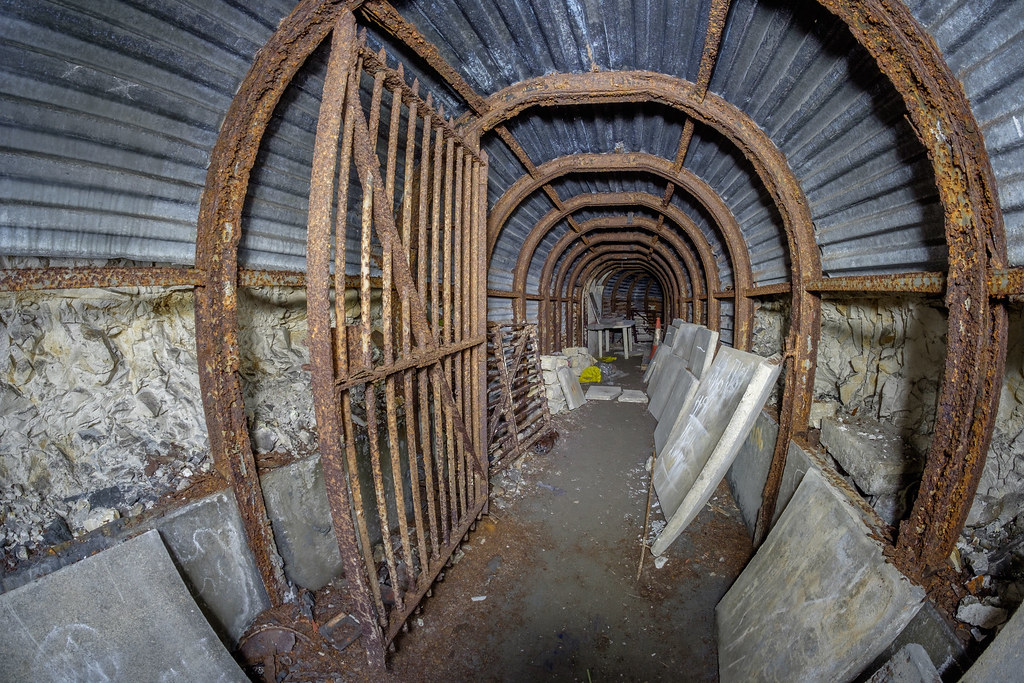 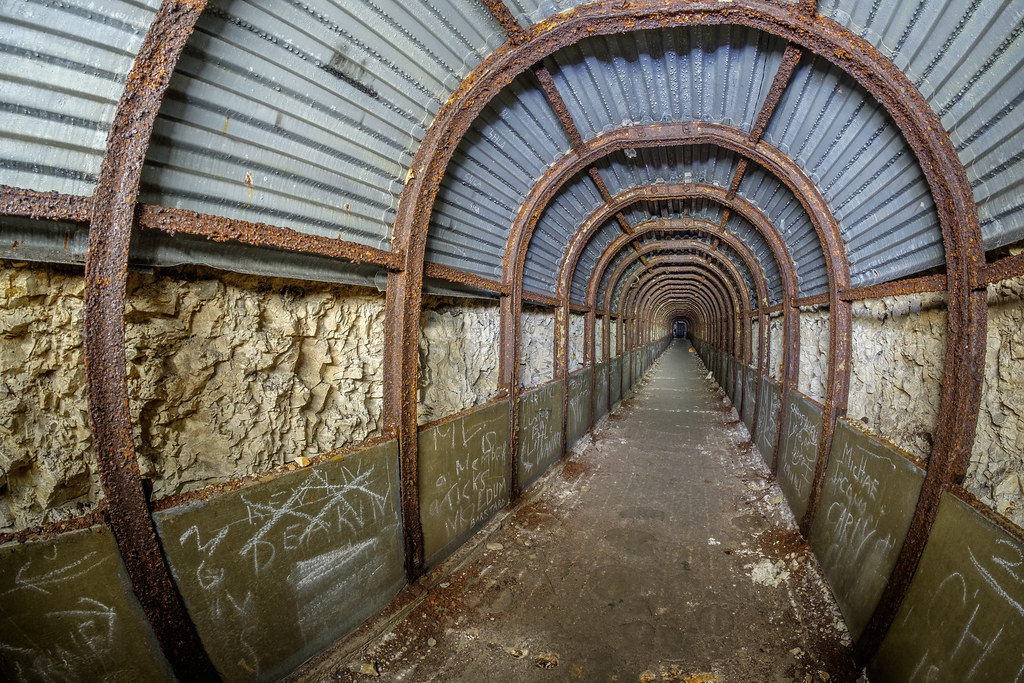 Looking from the East end of the West Adit. The two tunnels going left and right just before are the stairs up to the South and North Pill boxes. 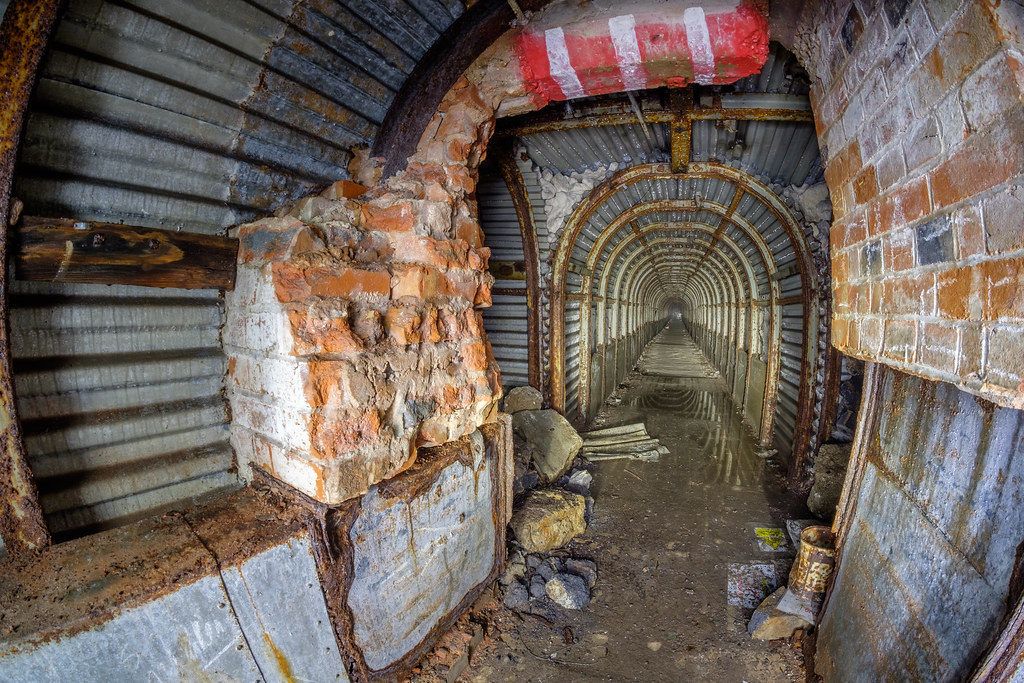 Looking up what remains of the stairs to the Northern Pillboxes. It is possible go up to the top of these, but its been sealed up at the top with rubble. 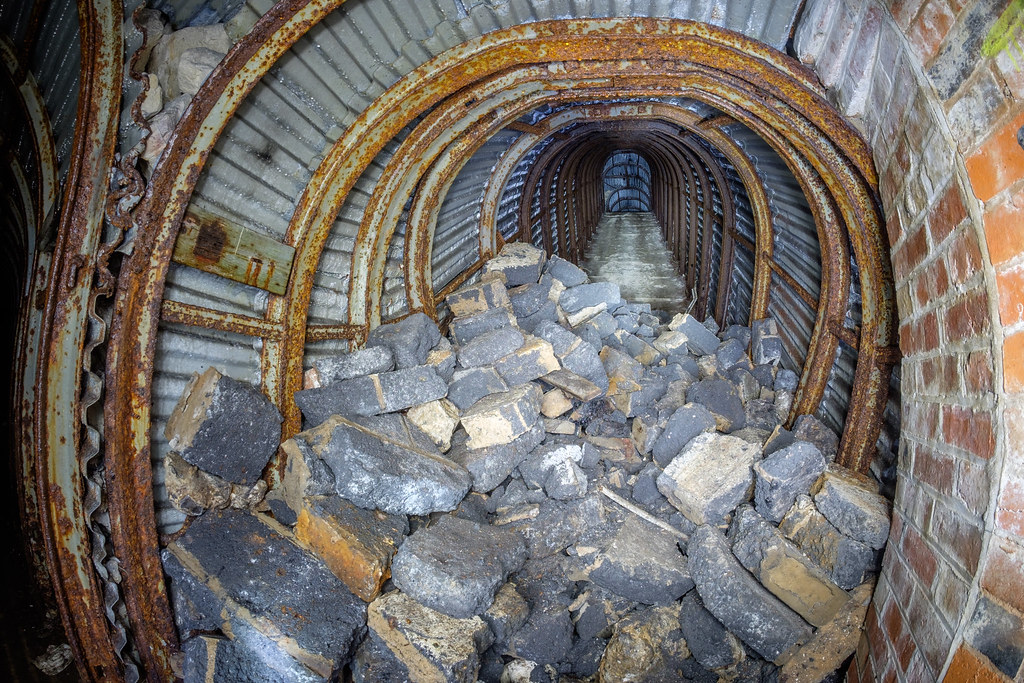 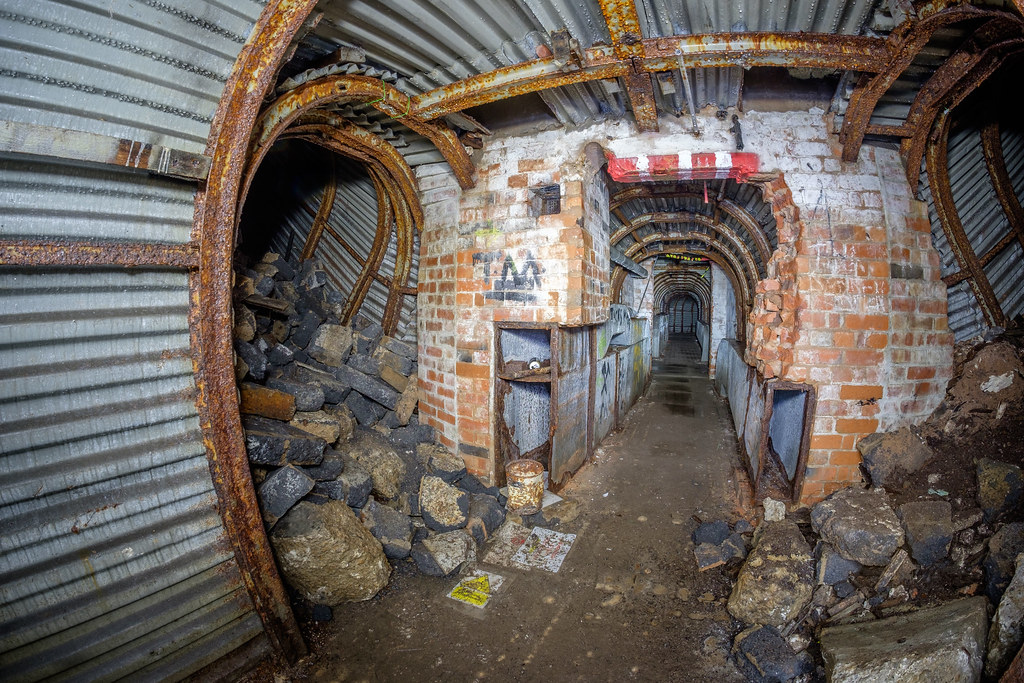 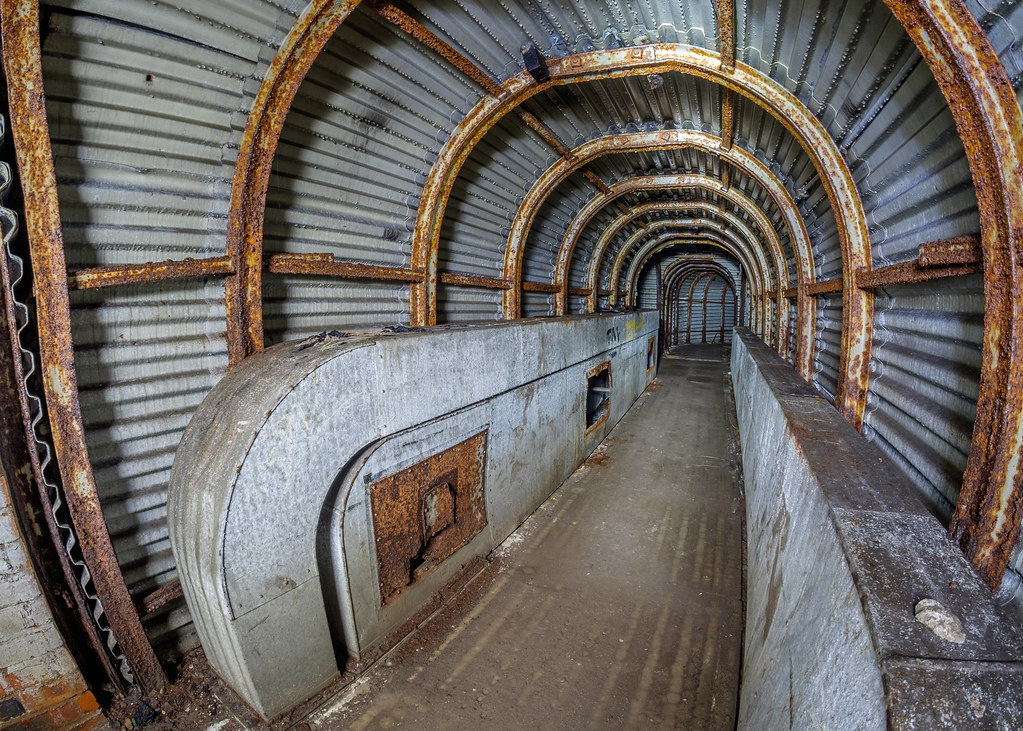 The Air conditioning plant room and standby generator room. The standby generator was a large diesel JP Lister engine. This provided 400V/230V power at 22Kw. Exhaust was piped through to the annex at the back of the engine room where it was exhausted through the ceiling too the surface through a 4" pipe. 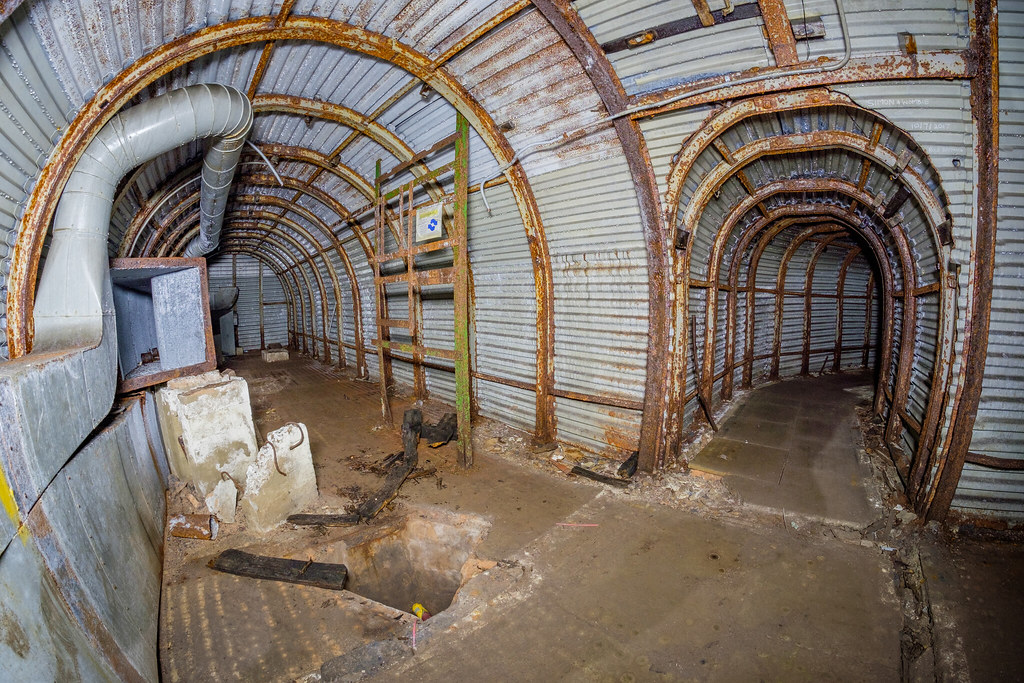 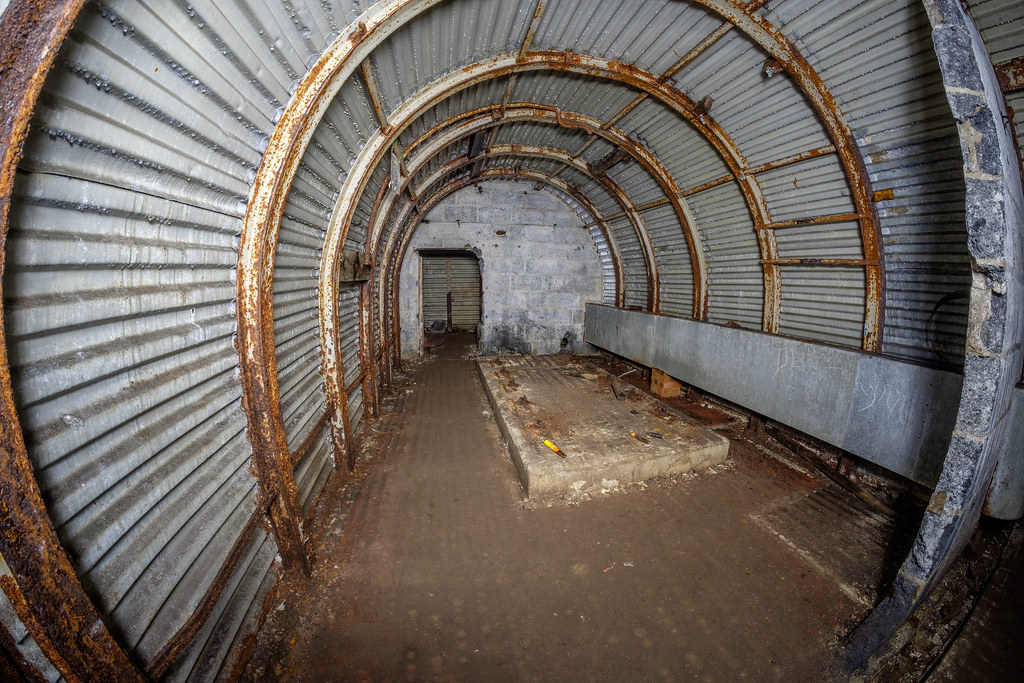 The start of the operational rooms of the tunnel. The room on the left side is the TURCO Office, and looking right down the long tunnel is down the length of the main tunnel with sleeping cabins.
T.U.R.C.O stands for Turn Round Control Organisation, used to 'Assist naval shore authorities in the quick turn around of ships and craft'. 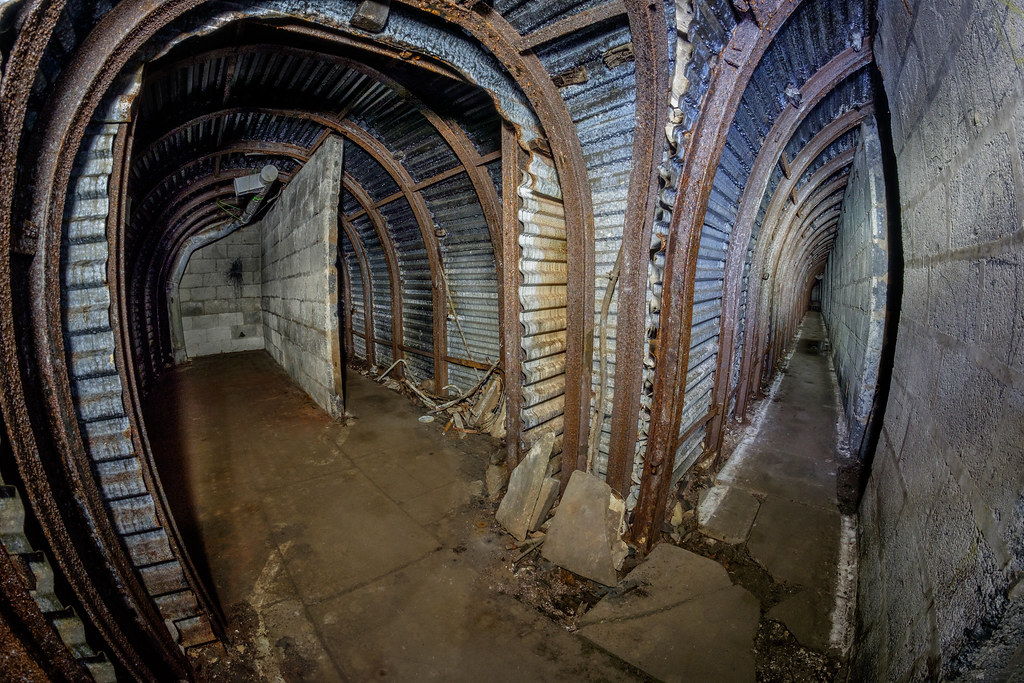 The East gallery was used for sleep accommodation, switchboards and coders. 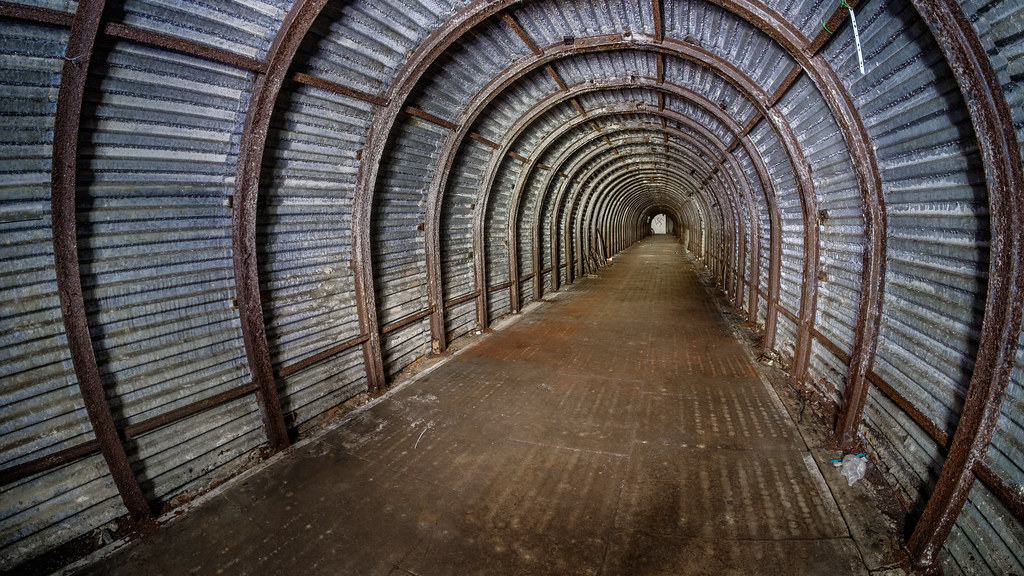 The GPO Voice frequency equipment room. The pits in the floor are to fit the equipment in, as the modems were over 8ft tall. 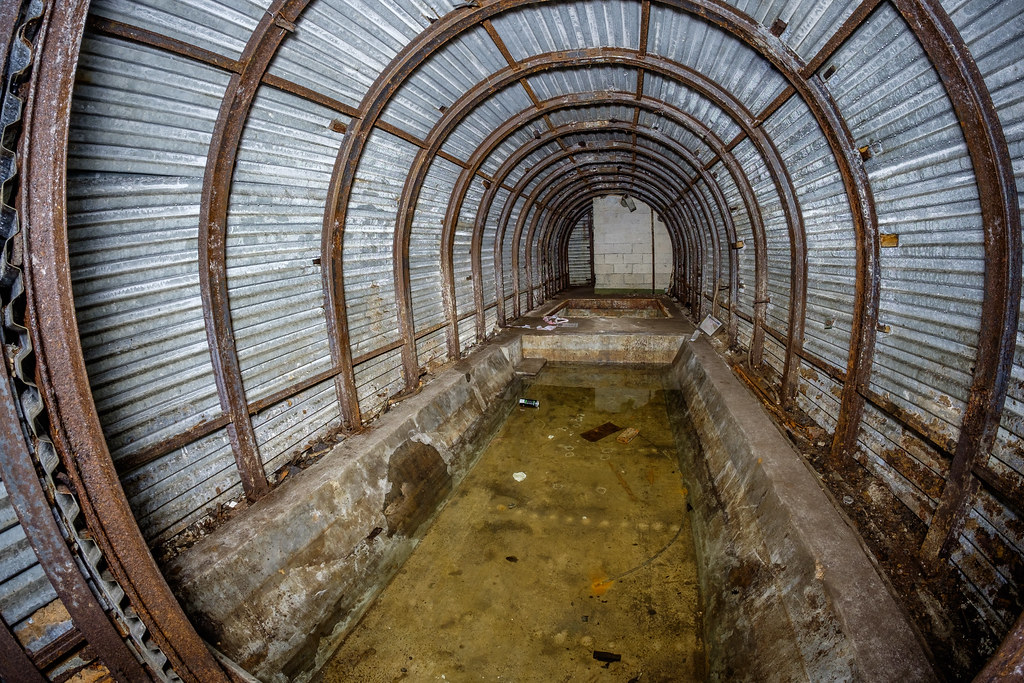 Looking down the East Galley and into the Teleprinters room. 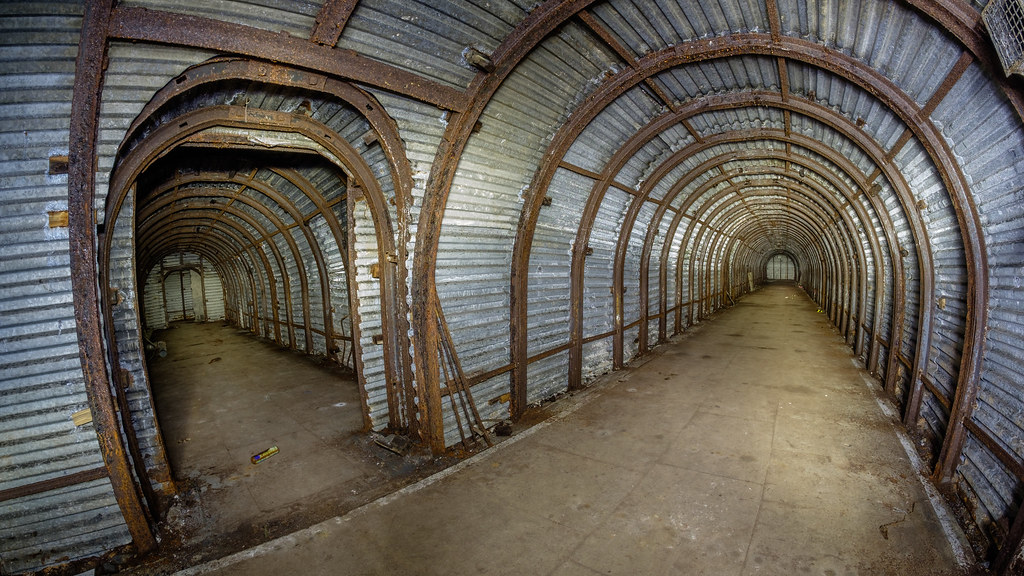 Looking down the the far end of the plotting rooms. 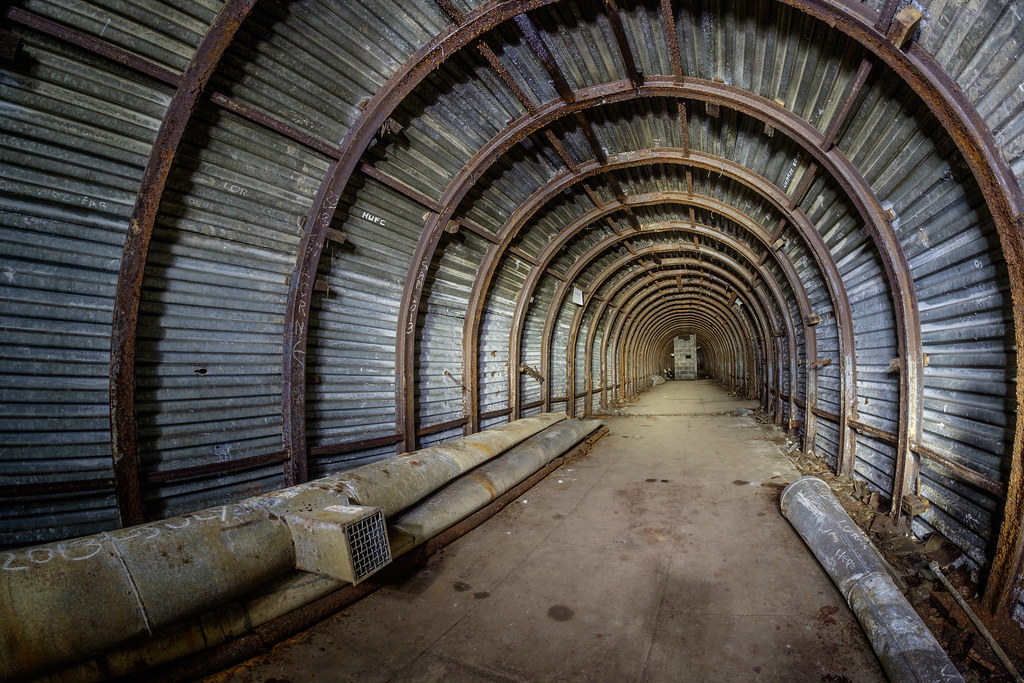 The sleeping cabins. There were 4 of these for personnel on the night duty and split watches. 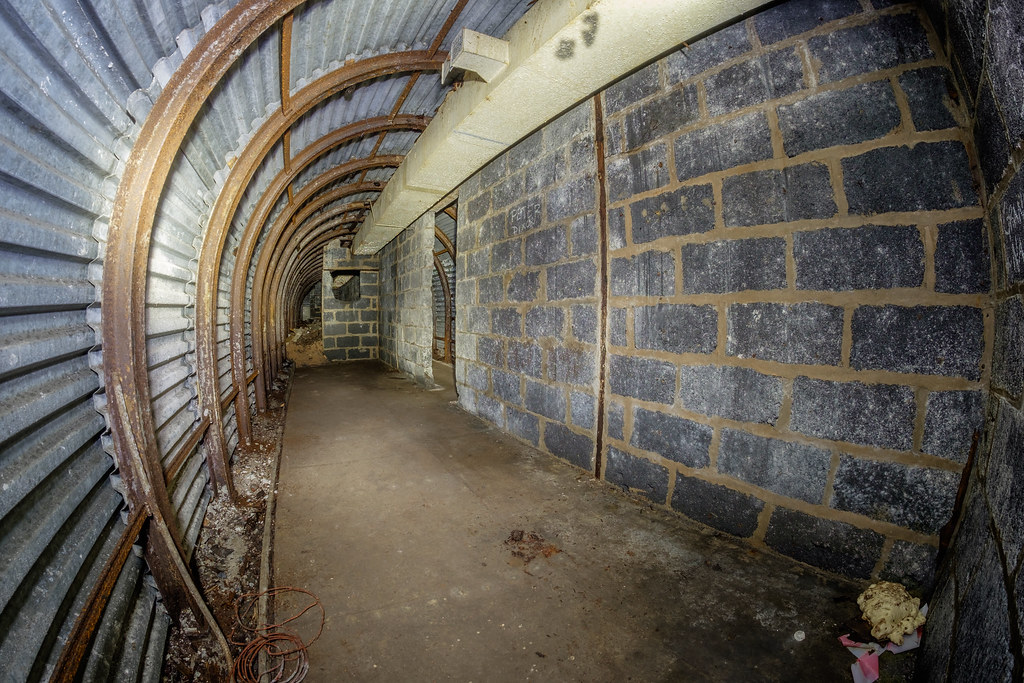 Looking up towards the mock hen house, sealed at the top of course. 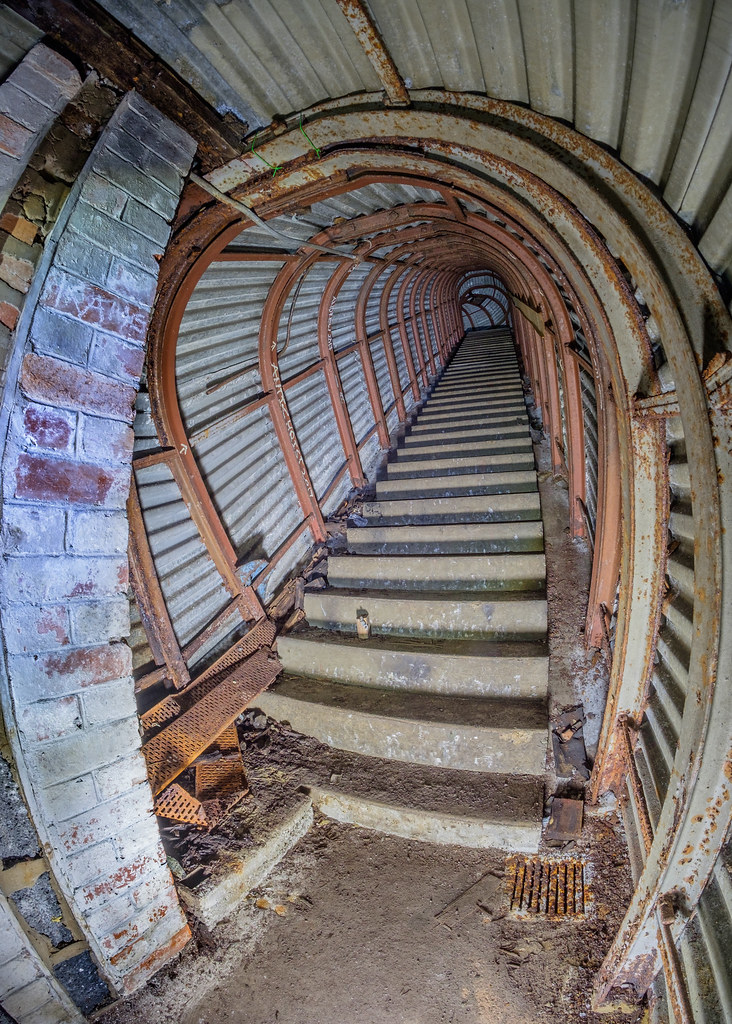 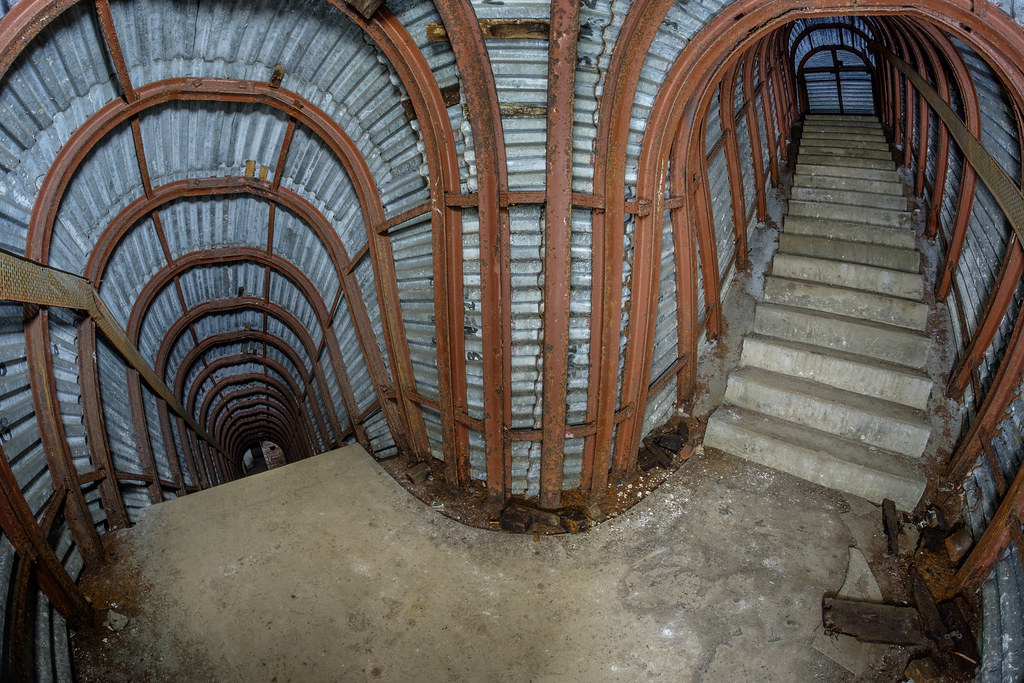 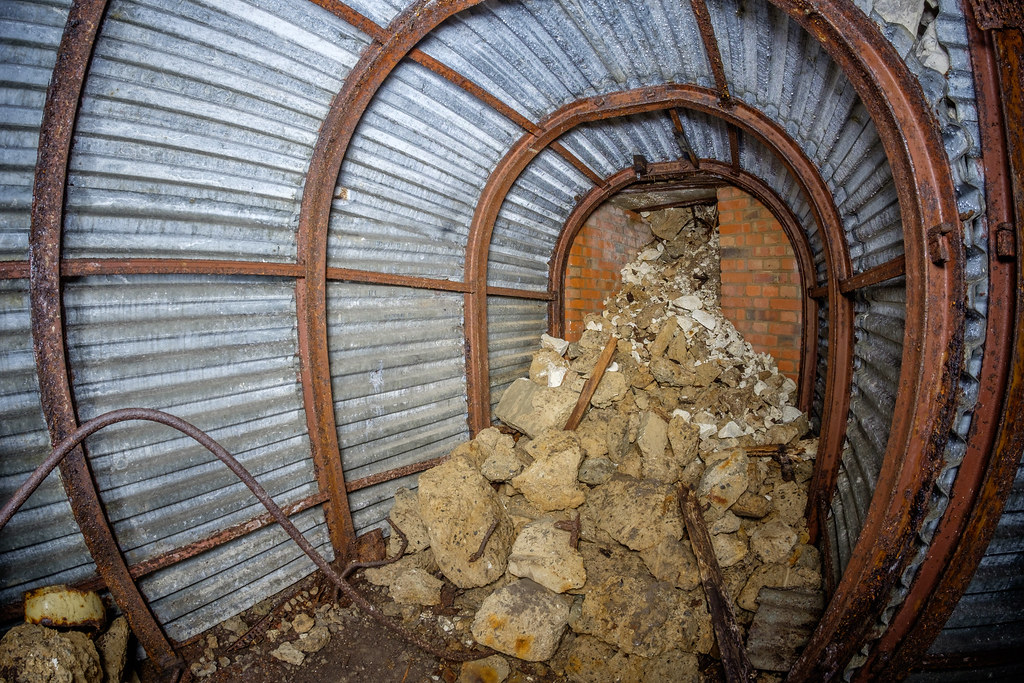 The stairs up to the eastern entrance with pit at the bottom to slow down would-be invaders. 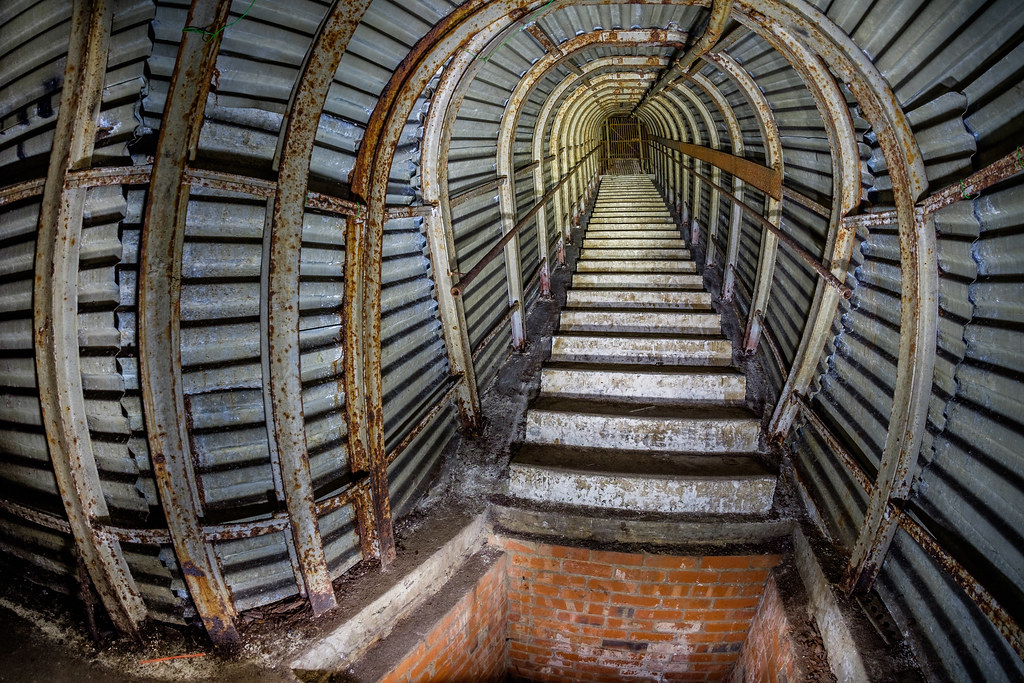 The gate on the way to the East entrance. 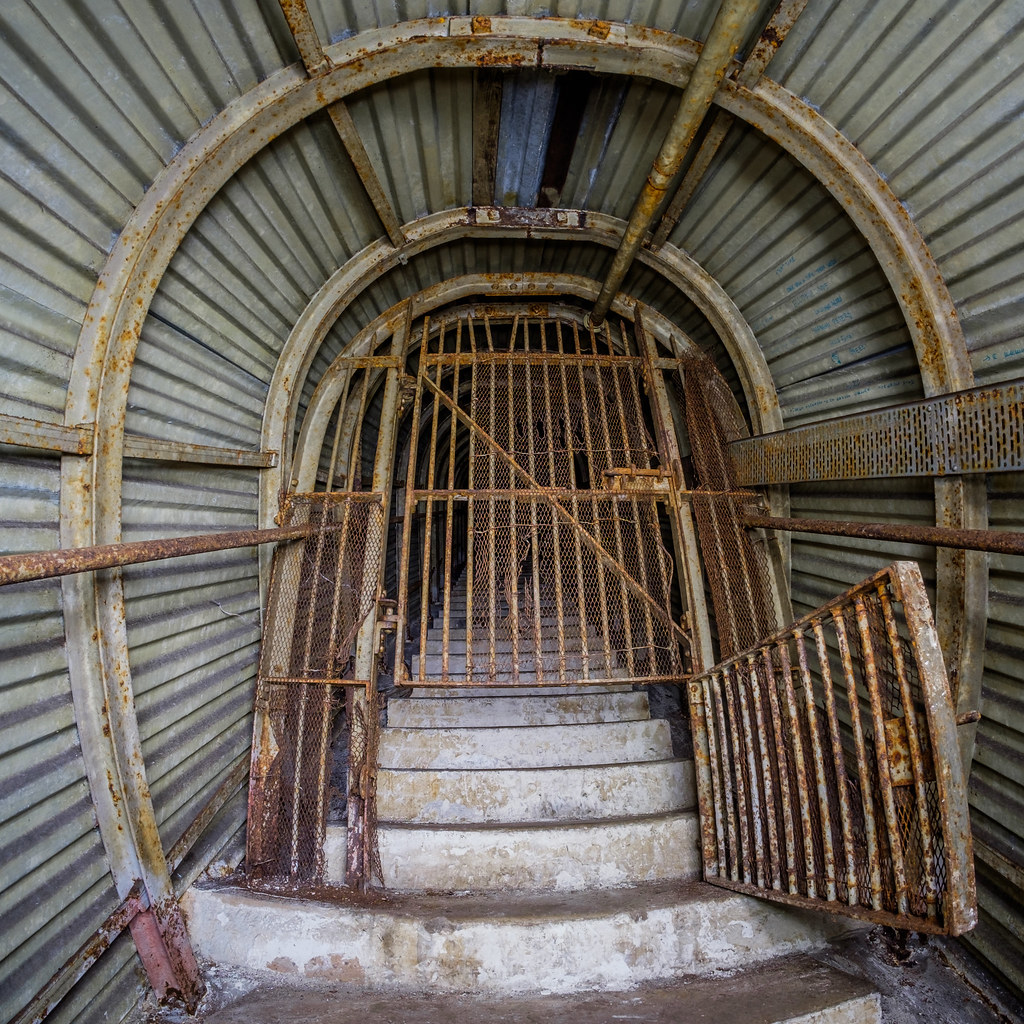 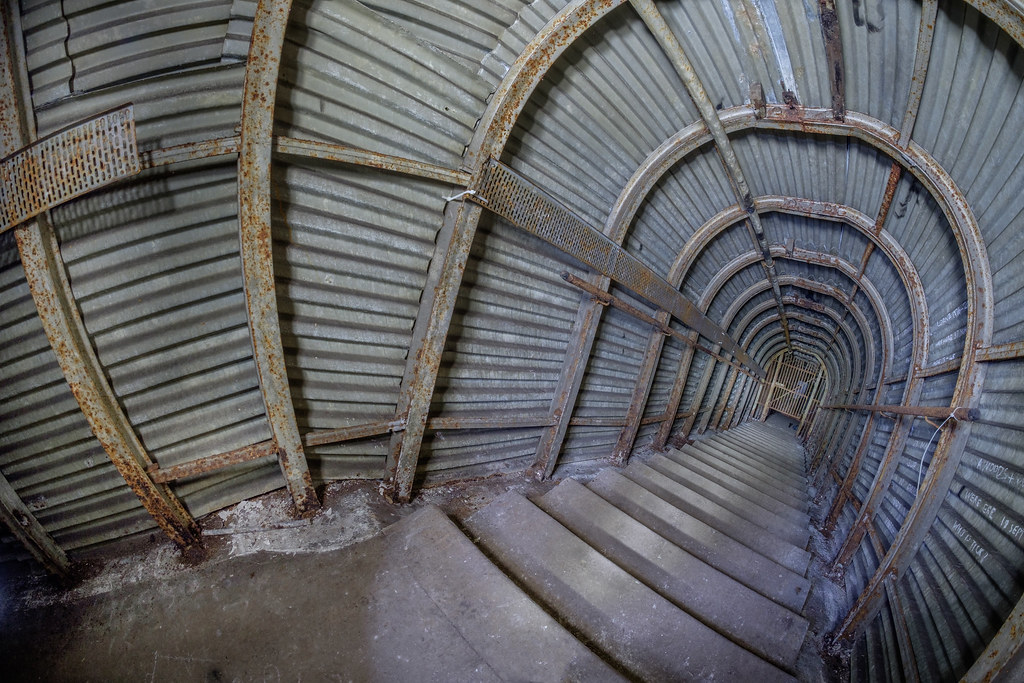 The remains of a second gate. 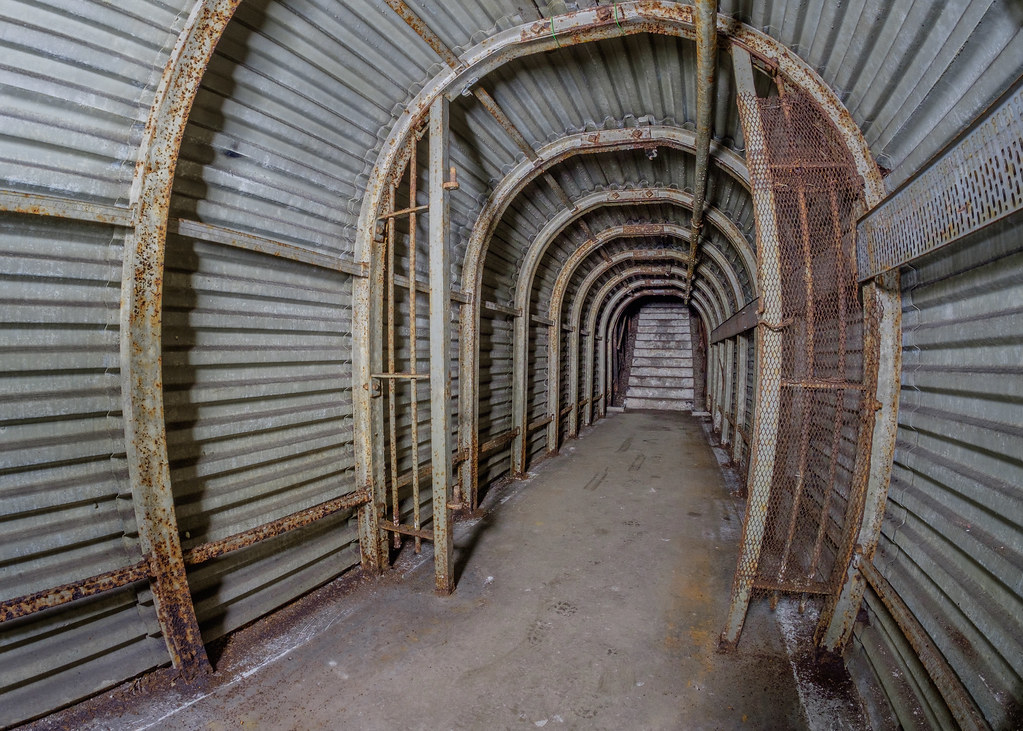 what a great report Gromr, you have lit this up well

Nice photographs and a nice history.

Superb. Love the way you've lit and photographed these...
B

Gutted I missed this. Stupid car! Great stuff though mate, captured beautifully and your lighting is spot on!