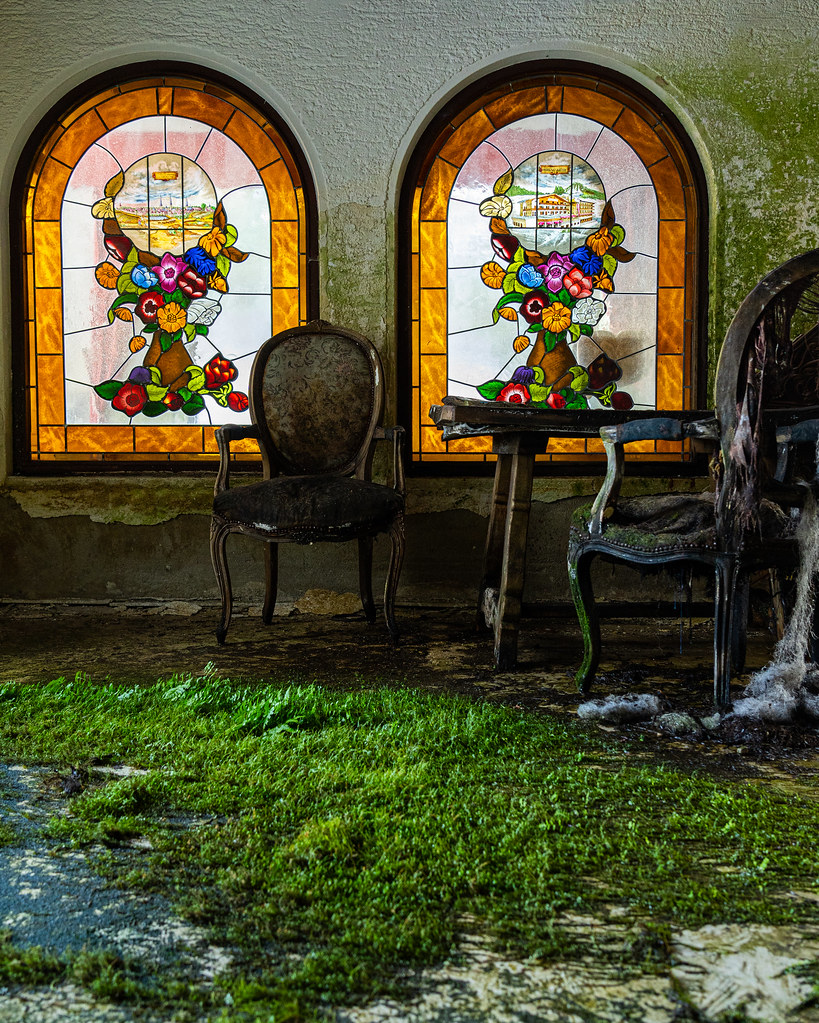 
This time, we will discuss the mysterious death of a world-famous entertainer. For that, we headed to a remote ski resort in the Austrian Alps to explore her former property: A four-star hotel that was abandoned many years ago after the financial ruin of the celebrity. After many years on the stage, she died under mysterious circumstances. To this date, it remains an inexplicable incident. But the derelict hotel in the Alps is closely linked to her fate. During our exploration, we discovered her penthouse she was living in for many years. The splendor is still present until this day. We also found many of her personal belongings here. 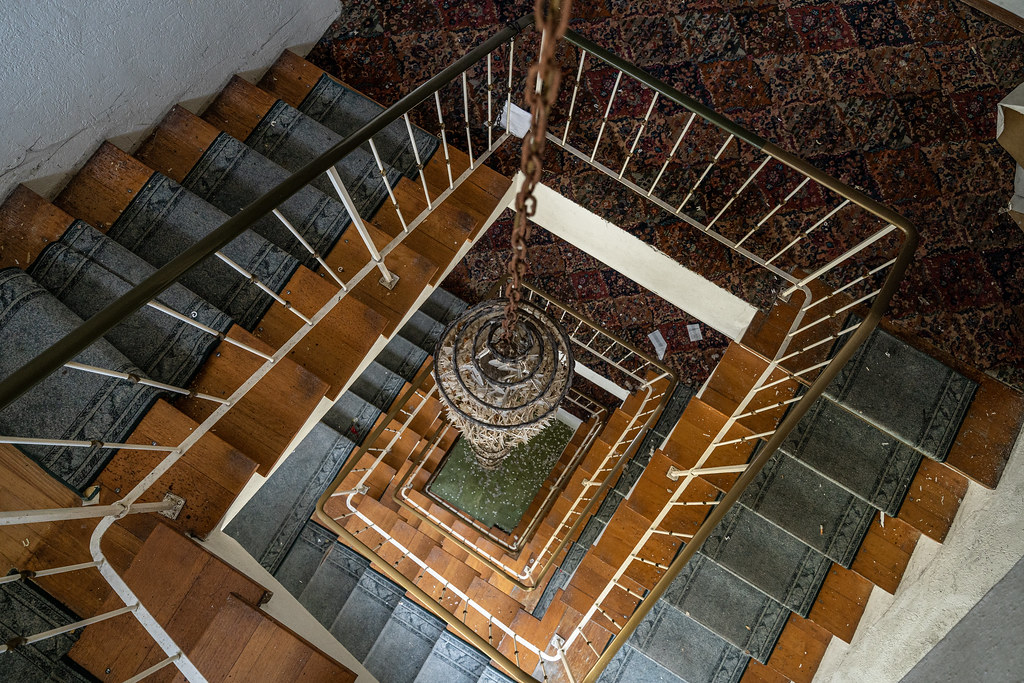 This time, we are in a remote ski-region of the Alps. It was still pretty early but many thousand tourists were coming to the small village that day for winter sports in the mountains. However, in the past, it was way more. For years now, the place has been slowly dying out. It is a tourist resort that relies on guests from all around the world. But they stay away. More and more accommodations have to close down. The local youth can’t find any jobs and moves away. The village is dwindling. One of the main reasons for that was the end of this grand hotel. 300 guests could stay here at the same time. But after its insolvency, the boardinghouses in the town could not compensate for the lack of free beds for tourists. 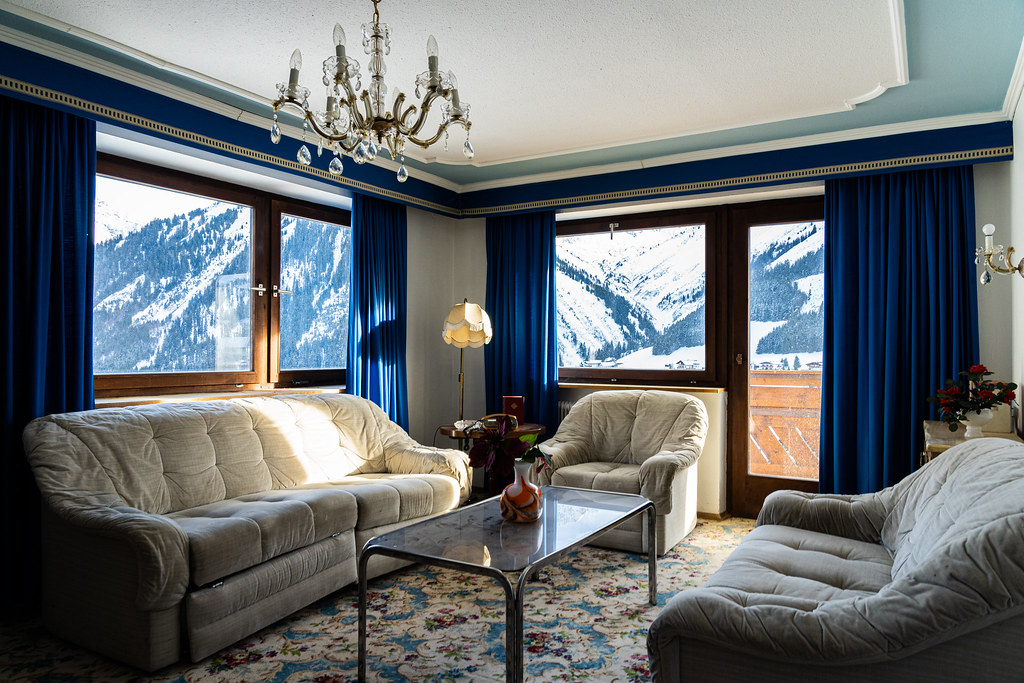 Many years ago, this used to be the most admired hotel in town. It is located directly at the ski slope. But this place was more than just sleeping quarters. It had a fancy restaurant, a café and also a bar. You could go for a swim or enjoy a show at the theater. We will show you all of that in our video about this place. This facility had high standards, so it could be called a four-star hotel. Today, there is not much left of these standards. 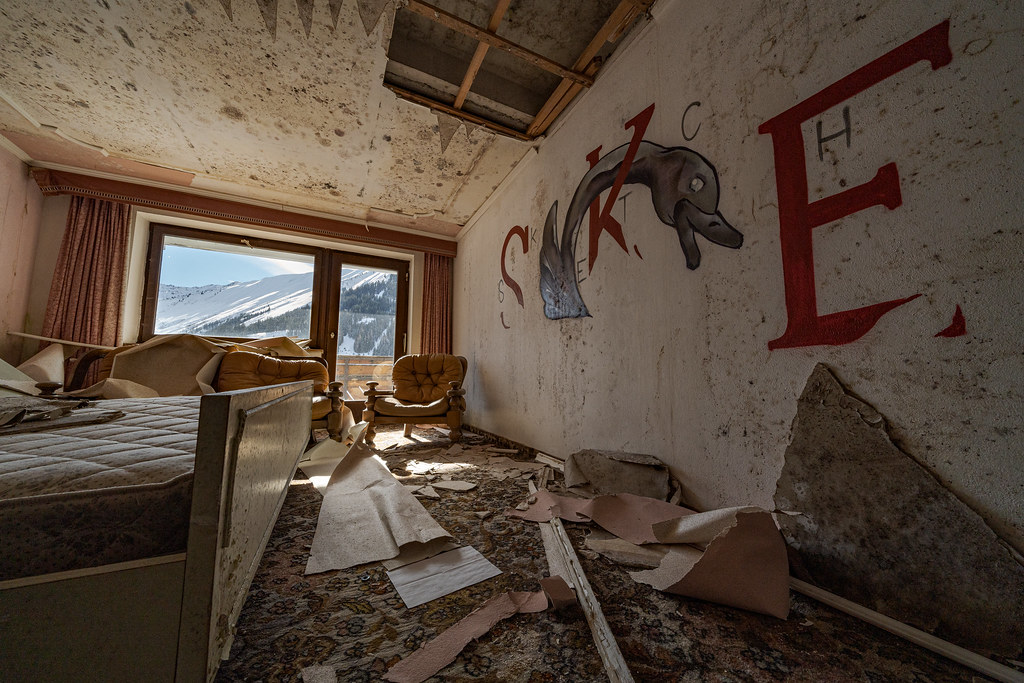 In fact, we are searching for the private rooms of our Austrian superstar. Maybe let’s start with some of her history: Already as a young child, she wanted to become a dancer one day. Before she even started school, she completed her first ballet training program. It was tough schooling and she was dancing her feet bloody regularly. Right from the cradle, she learned to smile the pain away. As a teenager, she was already performing at the state ballet. In the next 20 years, she was dancing as a prima ballerina on the world stage. We continue her story in just a bit but now we have found her penthouse. It actually is in a hidden section of the hotel. Here she was living together with her husband who was the owner of the place. It is actually quite astonishing how many swans you will find in this hotel. 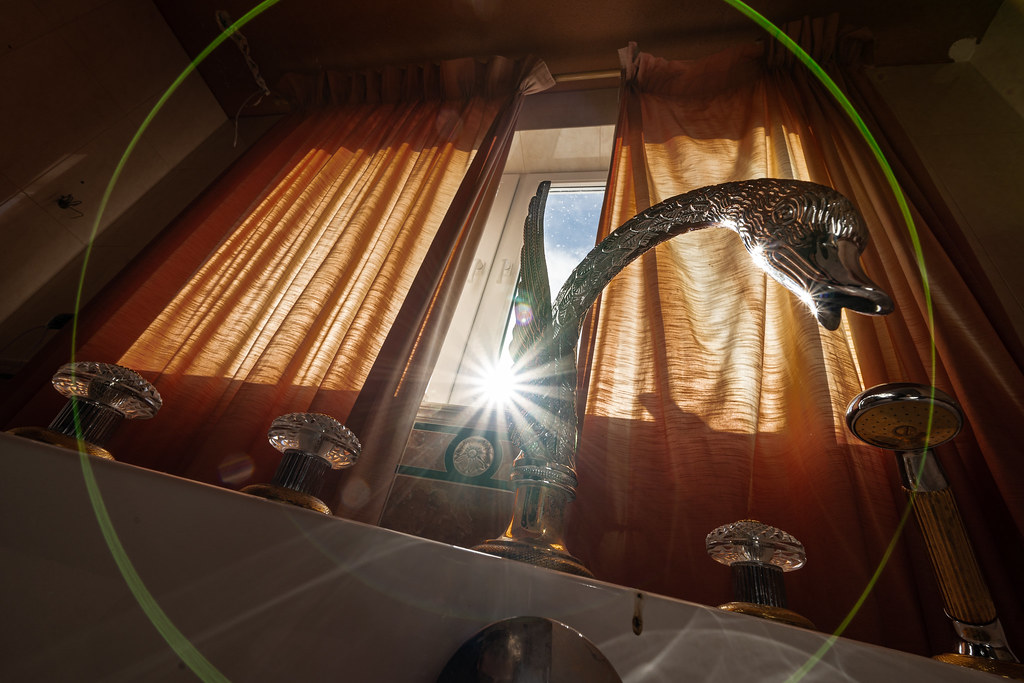 By now, most furniture has already been removed. Large parts of the penthouse are stripped already. Only some rooms are reminiscent of the glamorous past. Here we find many personal items of the diva. Mainly photos are left behind. Collectors and trophy hunters have taken the other belongings. Sadly, a lot of it probably ended up on eBay. 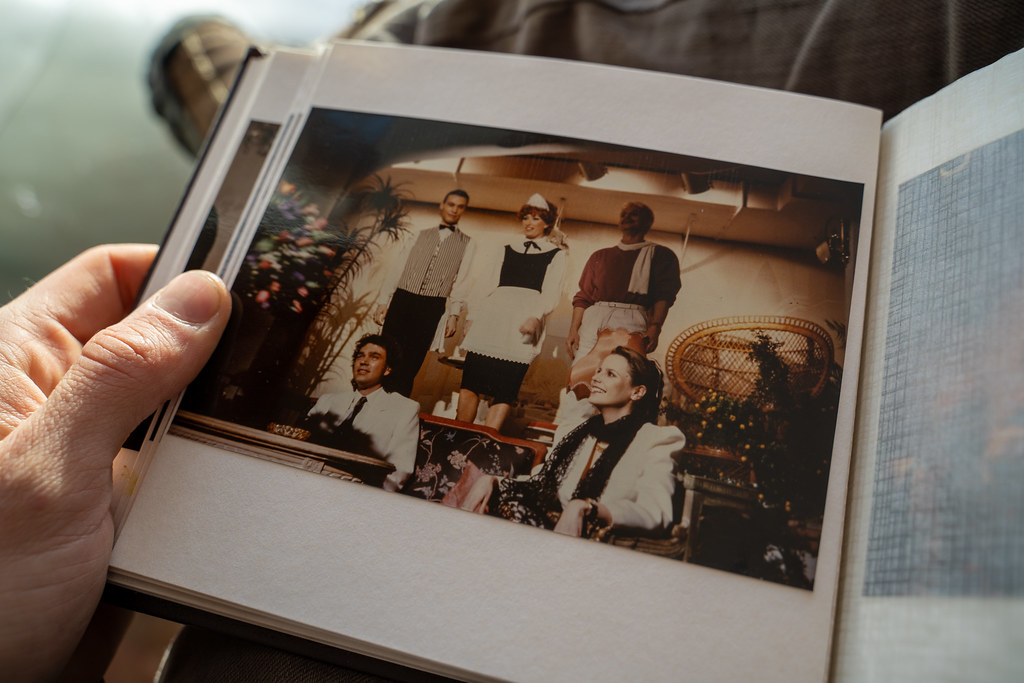 All these photos are from the time after her ballet career. When she became too old to dance on professional stages, she found other ways to entertain the masses. In the 70s, she became a songstress and had her biggest success. Her lyrics were modern, cheeky and sometimes frivolous. English music was popular but she brought back German songs. They were all reminded of the Golden Twenties' cabaret - a wild and happy time before the stock market crash and Nazi terror. She went on tour in Austria and Western Germany and her fans loved her. She, however, fell in love with the man who should be on her side until her mysterious decease in 2012. He was a businessman and the owner of this establishment. 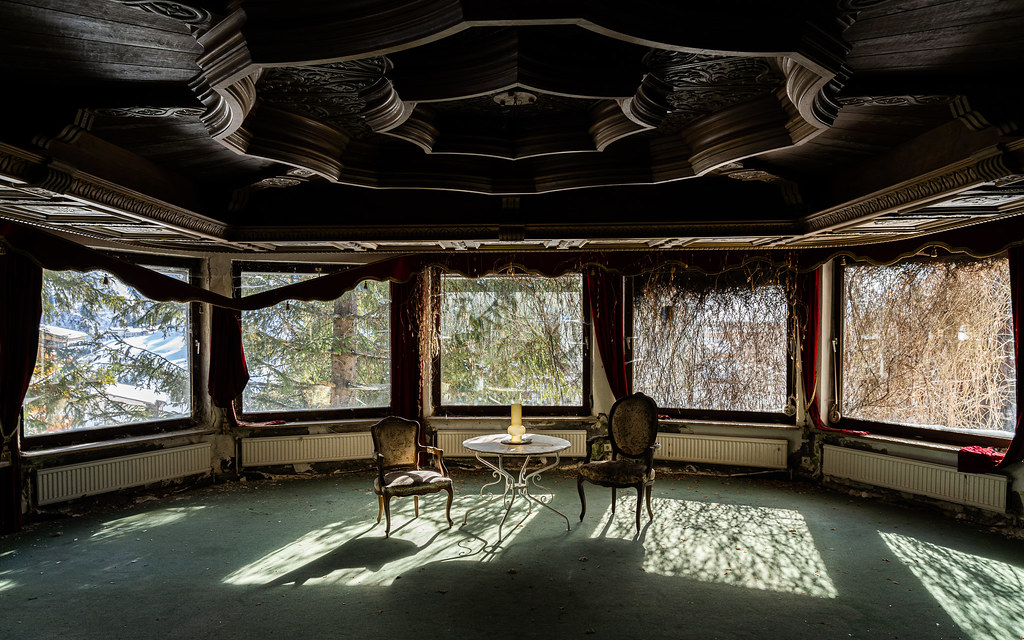 The songstress was in love with the owner of this hotel and both were really happy. She decided to put her entire fortune in this hotel. That's 1.5 million Euro. This place should become their financial support when the couple retired one day. But then, together they had to cope with a severe crisis. Unfortunately, investing her whole fortune turned out to be a bad decision. With the new millennium, less guests were coming to this expensive hotel. It was simply too old fashioned. But it was too costly to maintain the facility and the Austrian lady got less and less show offerings. Her time on stage was over. She had to sell her mansion but even then the couple had not enough money to safe this place from bankruptcy. In 2005, the hotel was put up for compulsory sale. The couple lost everything; they were broke. They had to move to friends where they could live for free. Later, they ended up in social housing. She was always a very proud woman and now, there were rumors about depression. She loved to be in the spotlight but now she avoided any publicity - until she died some years ago. In 2012, she was admitted to a hospital. There she fell out a window on the third floor and died of her injuries. Her death was a tragedy but also mysterious. The police said it was no murder and no other person was involved but her alone. What happened? 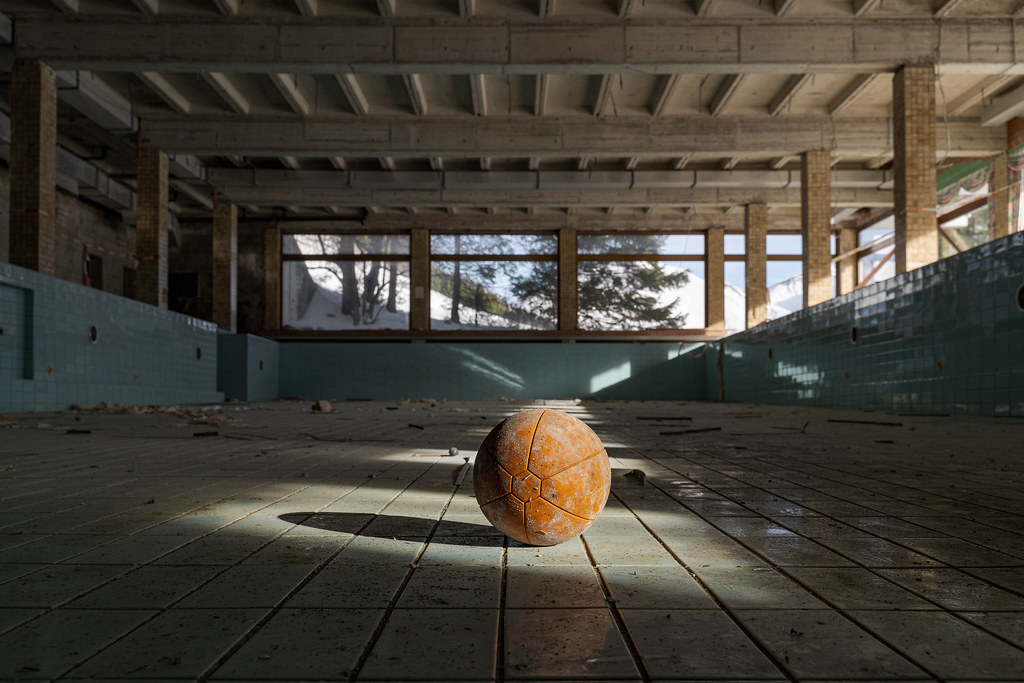 For us, this was a remarkable exploration. This abandoned hotel offers everything urban explorers love. But you barely find any other deserted place that has such an emotional history. This building complex tells the story of life and death of a world-famous entertainer. Her work is preserved in this time capsule. But as it crumbles and lies forgotten at the edge of the village, her legacy is falling apart. But people are still wondering what happened to her. Many fans believe it must have been suicide. It is said that she needed to go to the hospital because of a nerve damage. She was afraid to spend the rest of her life in a wheelchair. She was so proud that she could not demand from her husband to be her caregiver. They were simply too poor to afford a trained nurse. And with all the sorrows she just jumped. But this is just a theory. What really happened will remain a mystery for good. The world mourned for a talented artist. When she died she was 74 years old. 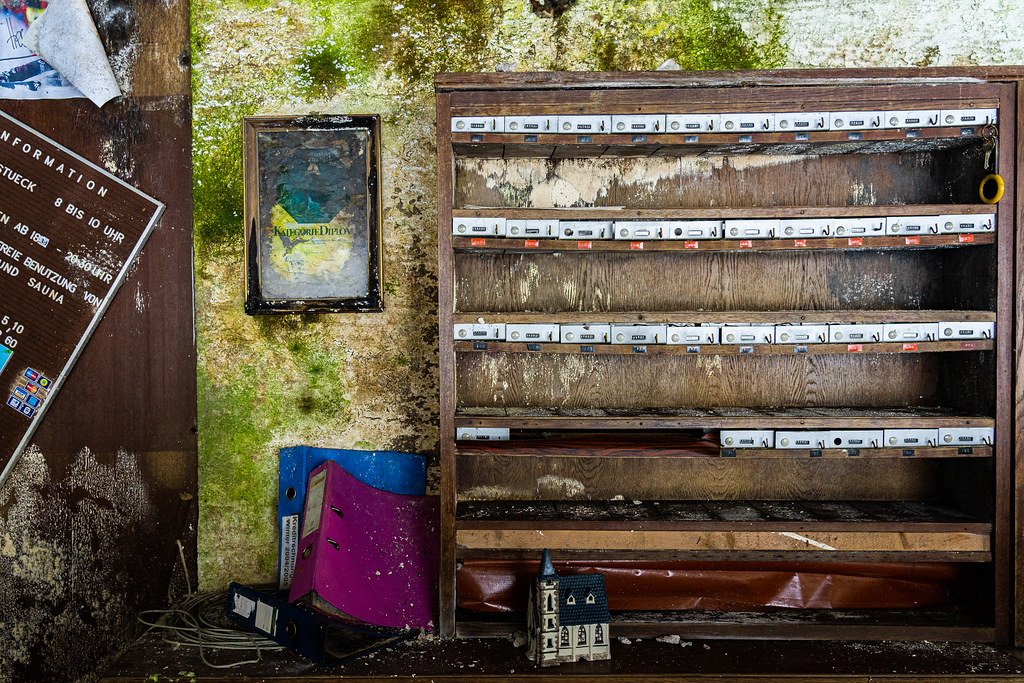 If you now want to see more of this luxury hotel, you should watch our video on YouTube: