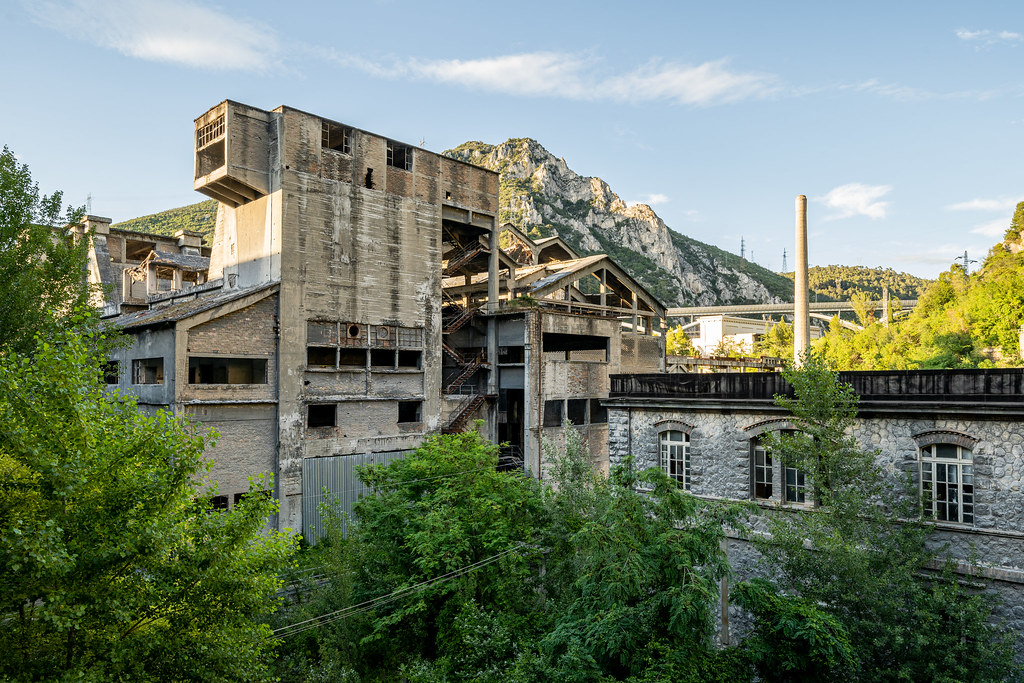 
It is the struggle of our time: Human nature versus Mother Nature. Will we ever understand that nature will outlast us, no matter what? What seems like some kind of landscape garden is actually what is left of a power plant once filled with machines and technical equipment. 50 years ago, this Art Deco structure somewhere in Italy was abandoned, and today, Mother Nature is reclaiming what is hers. Join us as we explore the huge compound and make several unexpected discoveries. Welcome to yet another strange world devoid of humanity we found during our Italy road trip this summer. 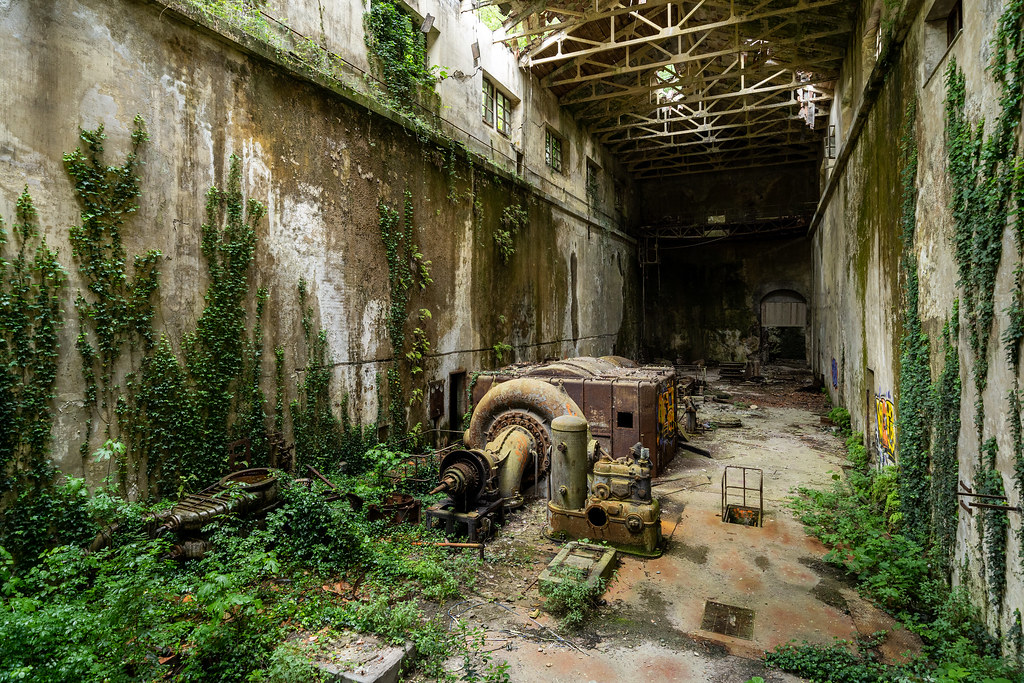 This derelict structure is a time capsule but also a view into our future at the same time. Since it has been abandoned for almost half a century already, it allows us to look ahead 50 years after man. And that is why we wanted to come here: To see the world after us. How do you feel when you see this? Is it alarming that the world after people could look like this, or is it maybe even comforting for you? 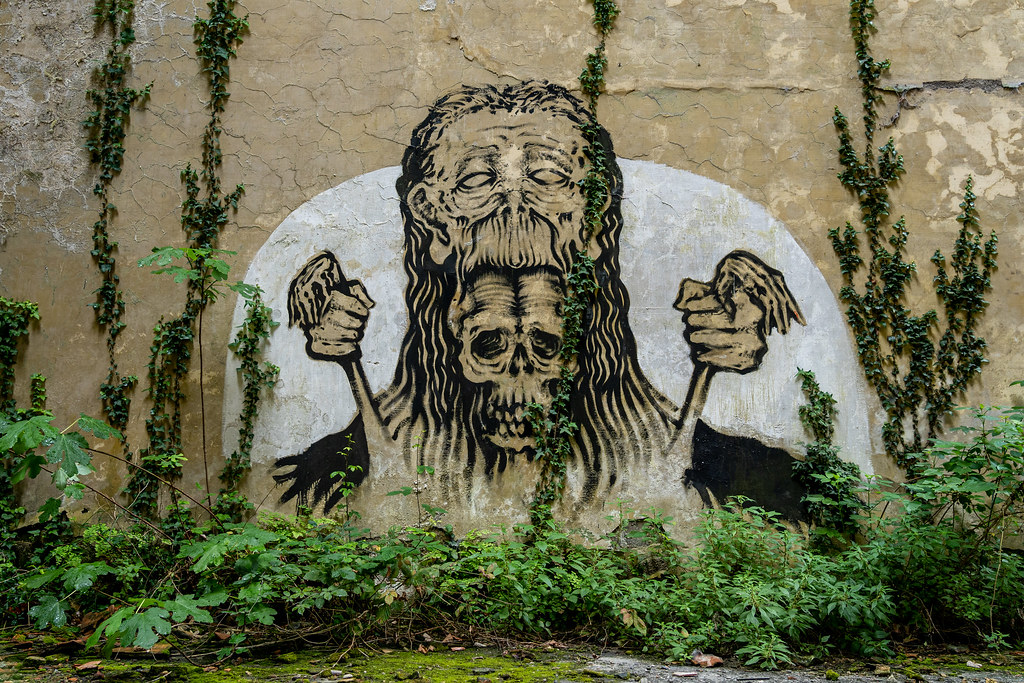 For us, it is soothing to see this. Due to its past, this industrial area is contaminated, and thus an environmental time bomb. And yet, surprisingly, it is no dead zone. Plants are growing where machines were operating decades ago. This used to be one of the most unnatural places you can think of. And 50 years later, it basically became nature itself. 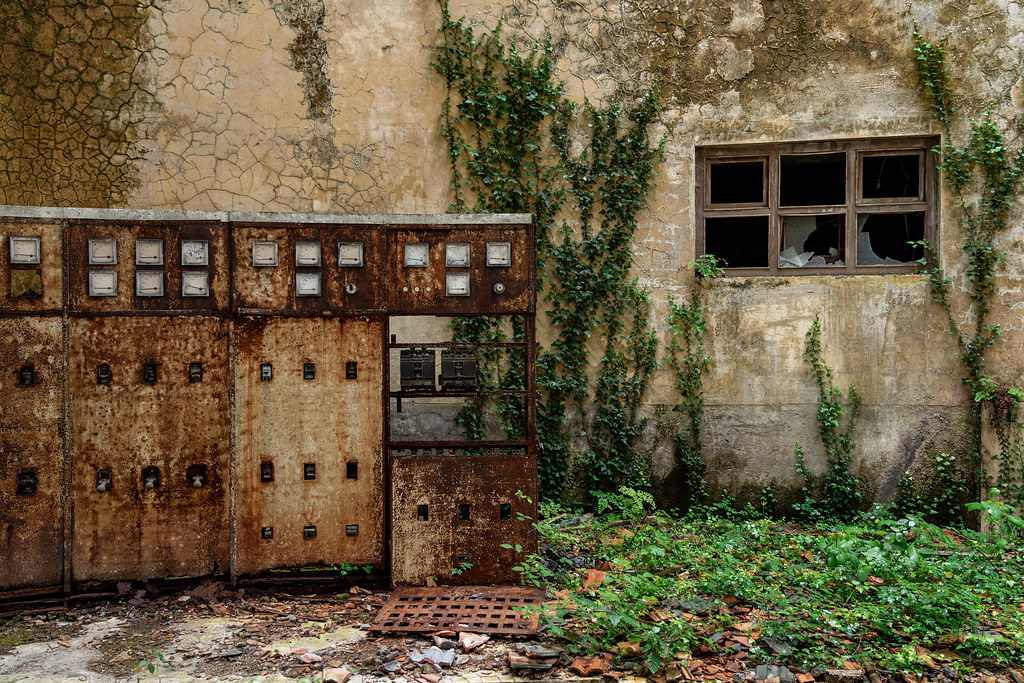 After having a taste of the future, let us now look into this place's past. As mentioned before, it is a former power plant. The building is shaped like the letter V. So, it has two wings, and both combine in this Art Deco structure you can see in the next photo. It is the control unit - or at least, what is left of it. 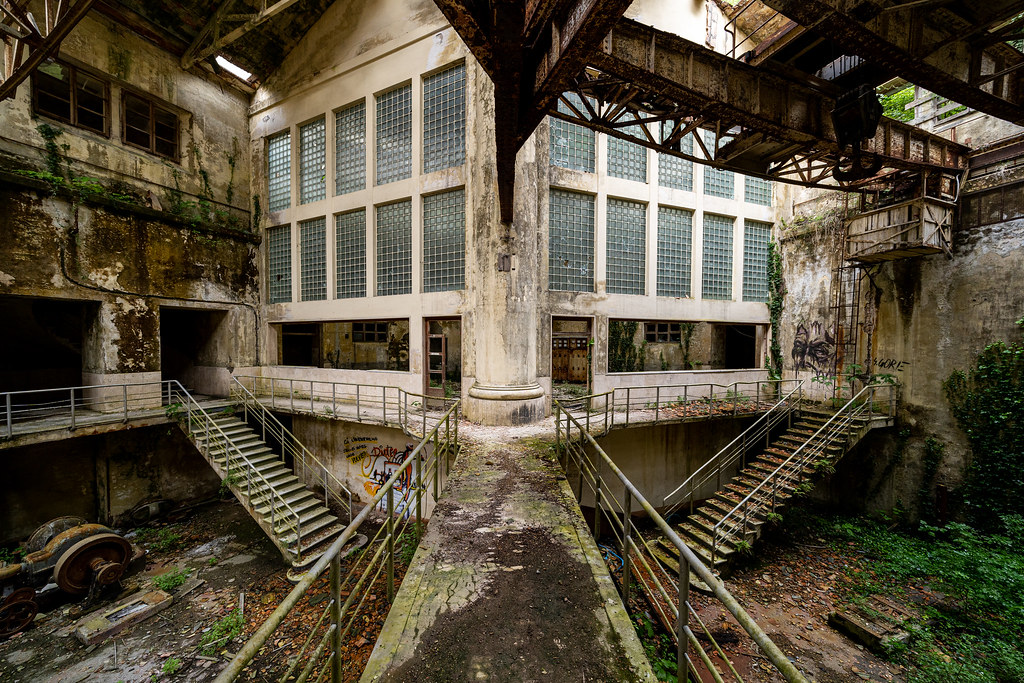 In the area where it is located, there are strong currents which are perfect to build a hydroelectric plant in. It was used to power a factory for chemical substances. It needed a lot of electricity since it was a huge mill. But with World War Two, it all started to change. The industrial facility was heavily damaged by bombs, and bottlenecks resulted in reducing the production. But the factory remained in operation until its closure in the 70s when there was no demand for it anymore. And with it, also the power plant has been left to decay. Now, the only people who came here were copper thieves. Because at first, there was no security protecting the property. And so they took what remained of the equipment, and left behind the empty shell of an industrial monument. 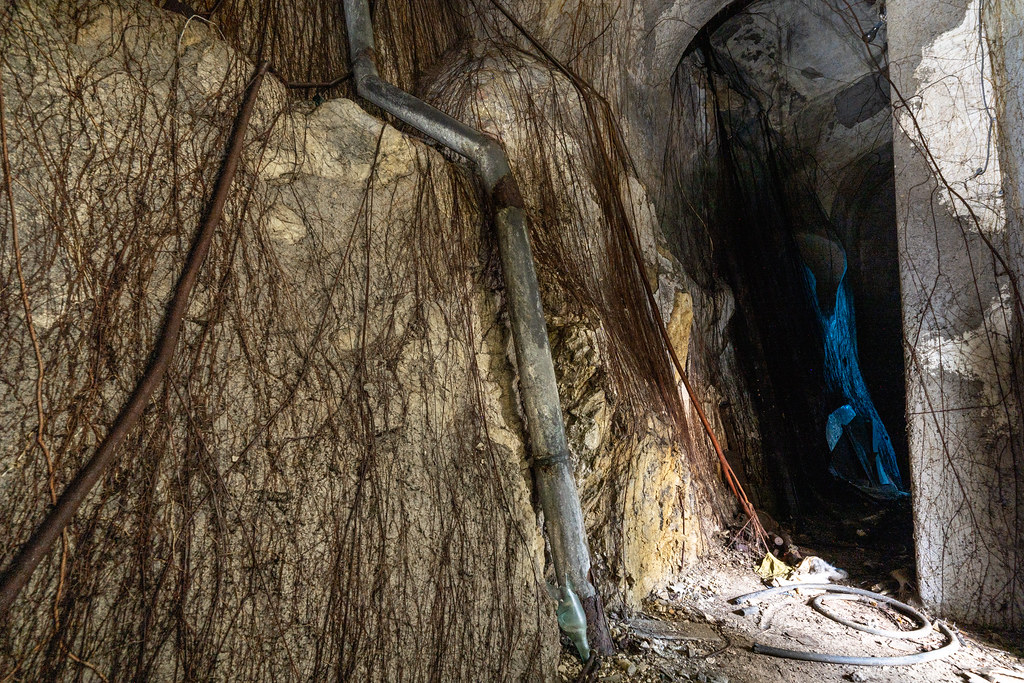 Above you see roots of trees creeping into the underground power plant. This reminded of Netflix' "Stranger Things". 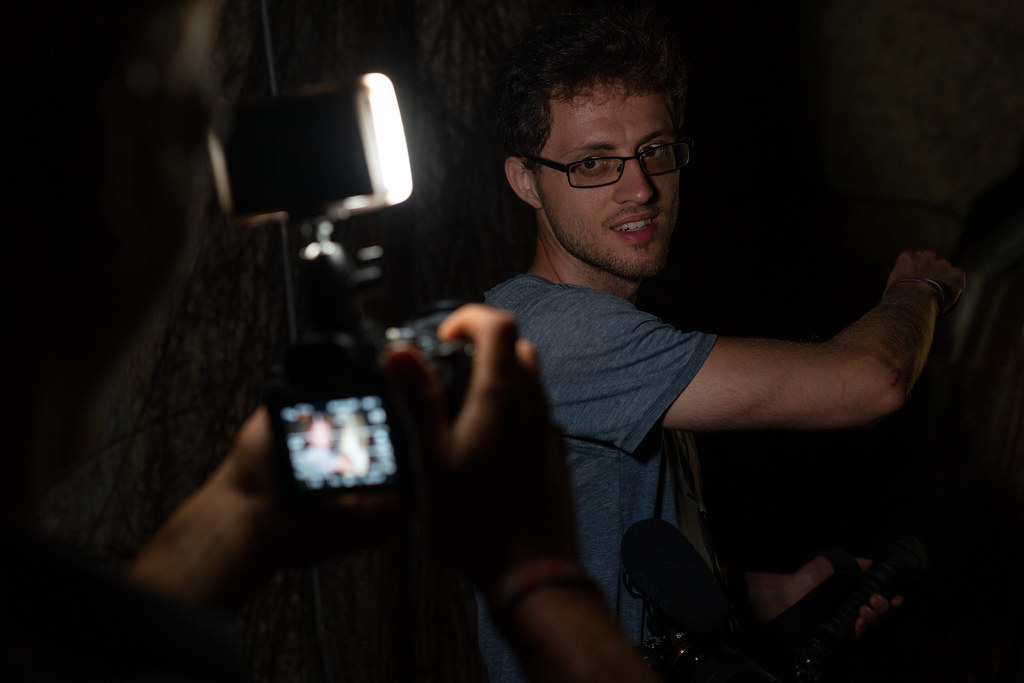 After investigating the underground power plant, we wanted to find out what else is there to explore on the compound. We found the hall you can see in the next photo. It is the complete opposite of what we have seen before: Not that much decay, instead vintage equipment. We thought these would be more turbines, but we were wrong. This was part of the electrochemical plant. So, no electricity was generated here. This equipment was used for nitrogen production. And most of the machines remain in the hall until this very date. 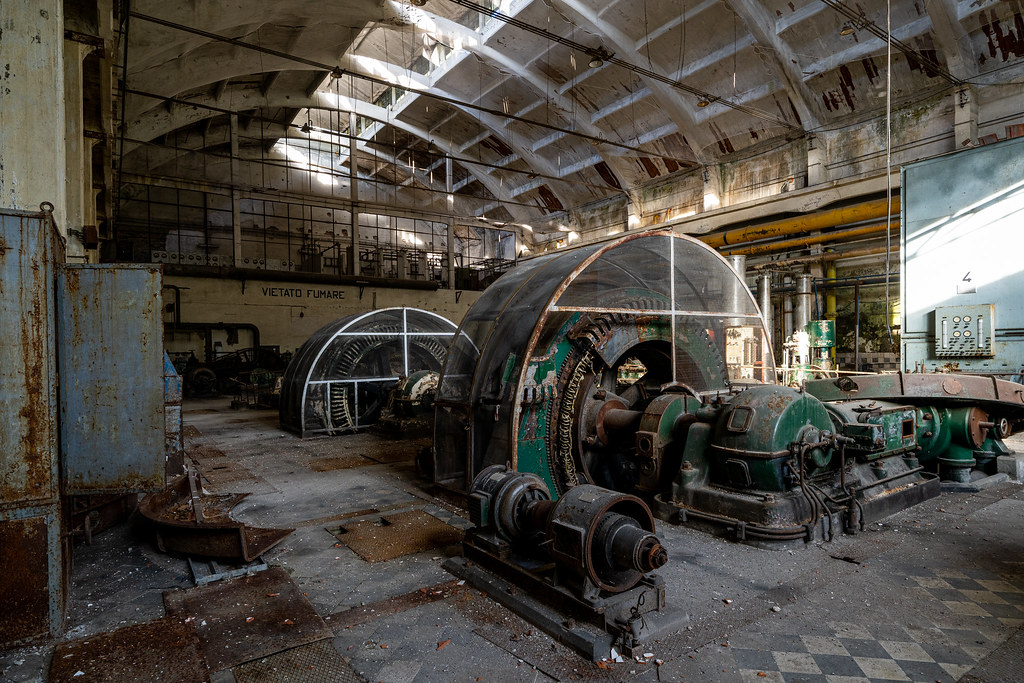 Oh, and we also discovered this. Apparently, this is what the old industrial area is used for today: To store film props... 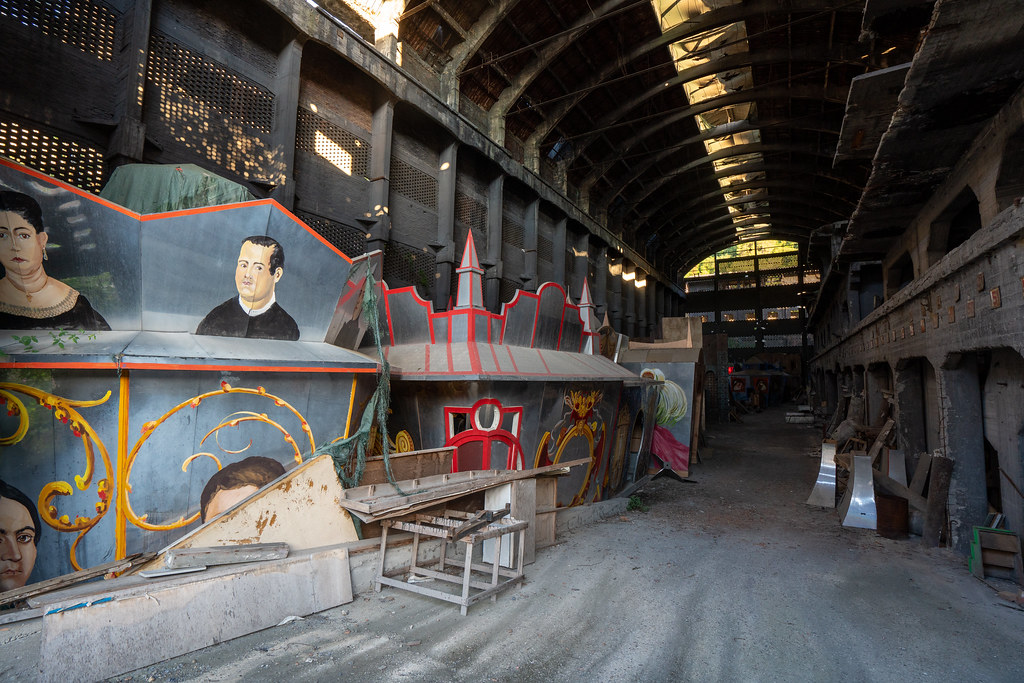 The premises look quite a bit like how we imagine film studios to be in Hollywood. Well, apart from all the derelict buildings, of course. Only a small part of the former industrial facility has been renovated. Most of it is still raw, and how it was constructed more than one hundred years ago. Such as the old hydropower plant. This wasteland is shaped by grand, imposing structures made of ferroconcrete and bricks. And yet, it was this small, and more hidden building that impressed us the most with a glance at the past, and at the future. The other houses here are either falling apart as well or gradually find new purposes as warehouses or offices. Due to the heavy production of chemical substances for such a long period, the site will be contaminated until further notice. And with it, one of the most important industrial monuments in this part of Italy remains forgotten. 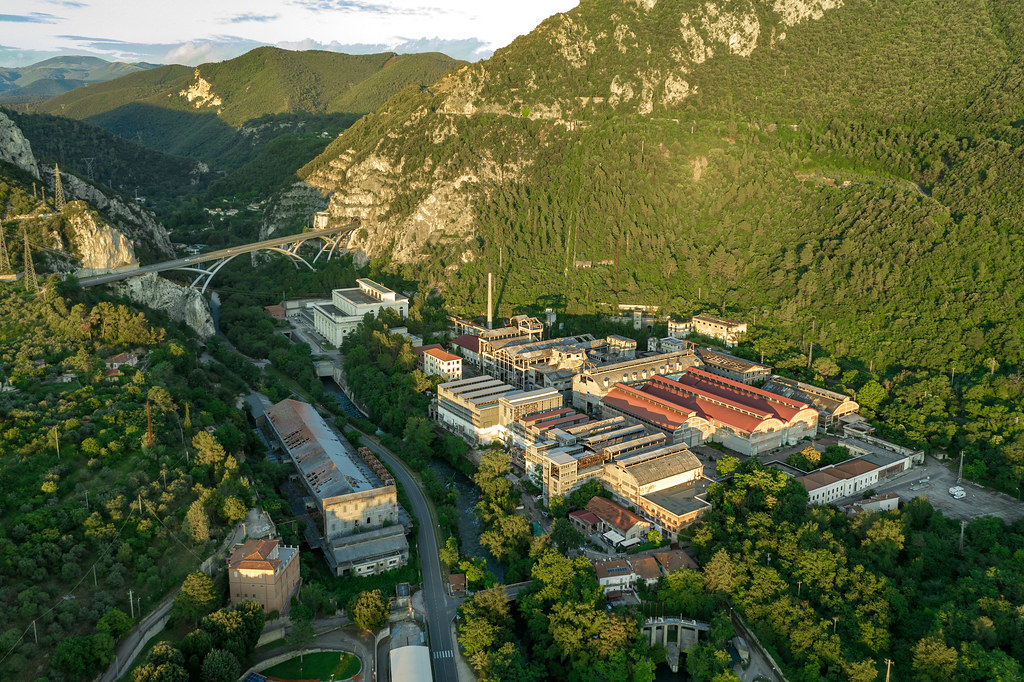 By the way: We also shot a video report here. So, if you want to see more of this unique structure, switch over to YouTube now: