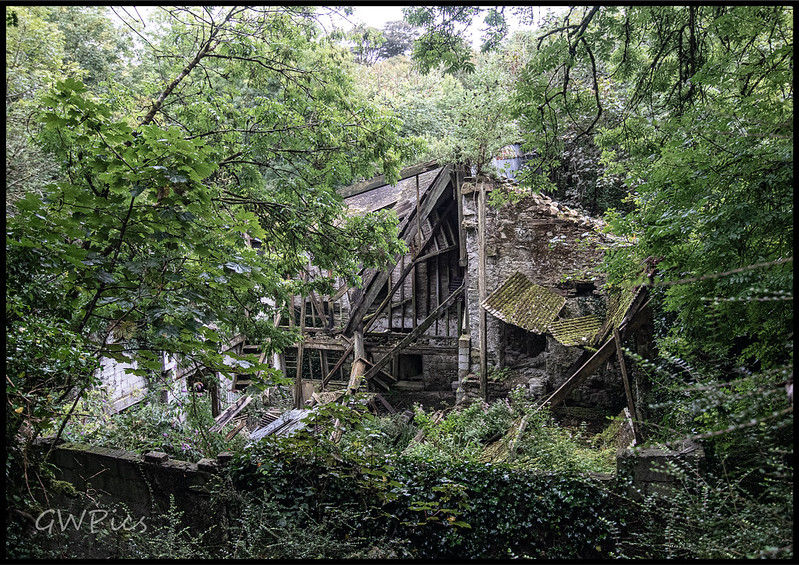 If you were lucky enough to catch my first report you will know I loved this place, it has such natural beauty and appears that nature is saying screw u mankind this place is mine! 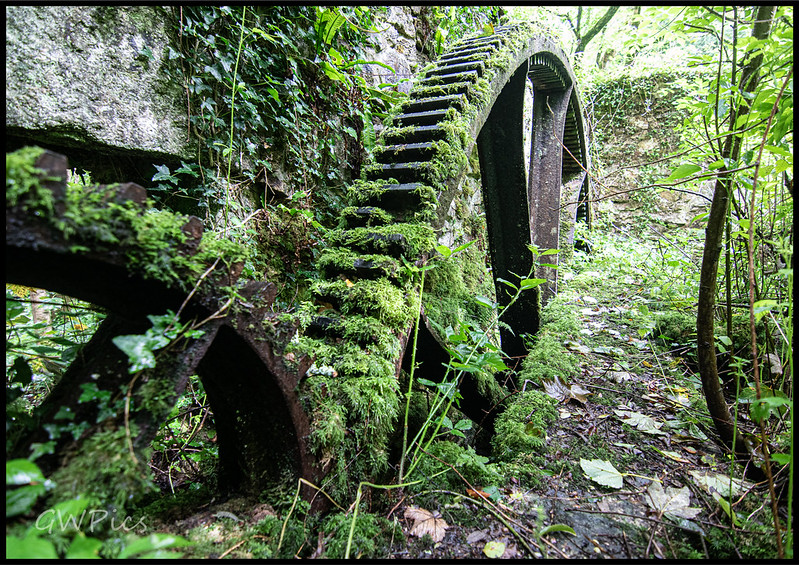 After my report last year which can be found here https://www.derelictplaces.co.uk/main/rural-sites/37321-kennell-vale-gunpowder.html someone said to me "u missed the best stuff beyond the public boundaries" which of course sparked my interest & I had promised myself a revisit anyway.

"Best" Im not sure but there was certainly some good stuff & the fact that this is out of the public eye made it even more enchanting. 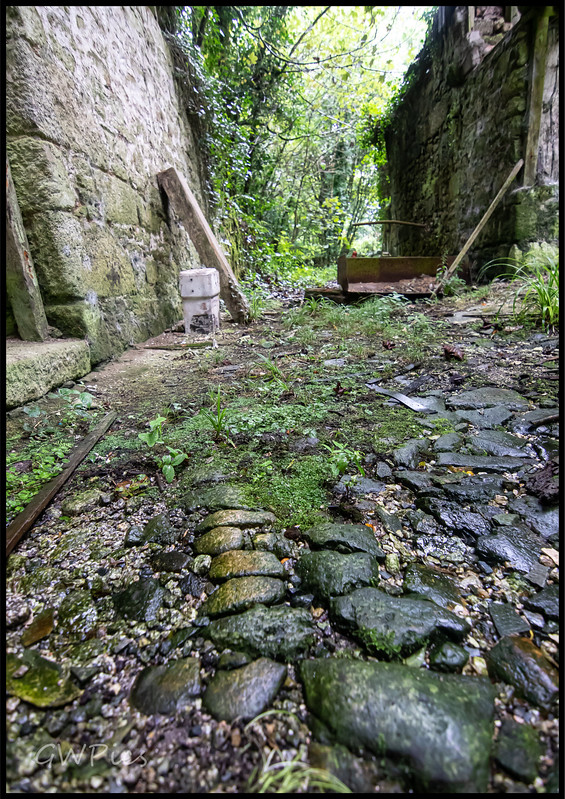 Iv covered the history before but its interesting so here is a more detailed look.

By 1800 the Cornish mining and quarrying industries were consuming some 4000 barrels of gunpowder per annum, all of which was manufactured outside Cornwall. The first gunpowder mill in the County was at Cosawes Wood, Ponsanooth, set up by Nicholls and Gill in 1809; although small, its evident commercial success was enough to encourage the powerful Fox family to set up their own gunpowder business at Kennall Vale in competition. Licences for gunpowder manufacture were granted in 1811. The company seems to have been very successful and soon expanded. In 1844 its capacity was more than doubled when a complete new works was built higher up the valley in Roches Wood. The Kennall Company had by this time taken over the Cosawes mills, and for some time ran them alongside its own works; by 1870 they were in use only for storage. Another addition to the factory in the 1850s was a saltpetre refinery south of the main site. At its peak c1875, the Kennall Gunpowder Company consisted of the original works in Kennall Wood, including the Manager’s house, Sulphur Mill, and workshops; the ‘new’ works in Roches Wood, higher up the valley but continuous with the original; the farm below the main works; the Saltpetre Refinery; the Magazines adjacent to the farm; and the Charcoal Mill in Ponsanooth Village. In addition, the Company also owned several cottages in the village. 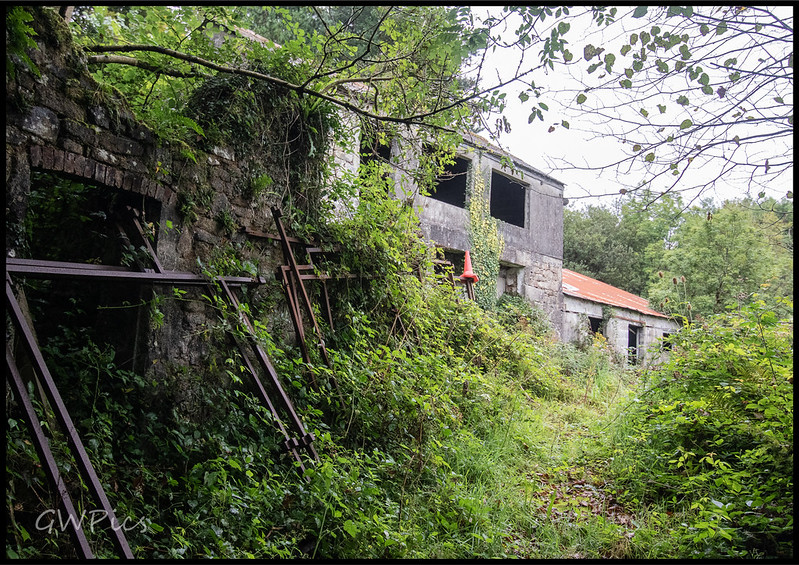 Modification and elaboration of the factory to suit changing demand and new processes continued through the latter part of the nineteenth century, although by this time the demand for gunpowder was in steep decline, owing to the collapse of Cornish mining and the development of the new nitro-glycerine based high explosives such as dynamite and gelignite. The directors of the Kennall Company were all too aware of these changed circumstances, and in 1889 established a new company to manufacture high explosives at Hayle — the National Explosives Company. The Kennall powder mills, now operating at greatly reduced production levels, were sold in 1898 to the biggest explosives making group in Britain, Curtis’s and Harvey. The new owners appear to have used the works at Kennall for some time to manufacture specialised types of cartridge and fuse powder, until production ceased c1910. The site was leased by Cornwall Wildlife Trust in 1985 for development as a nature reserve. 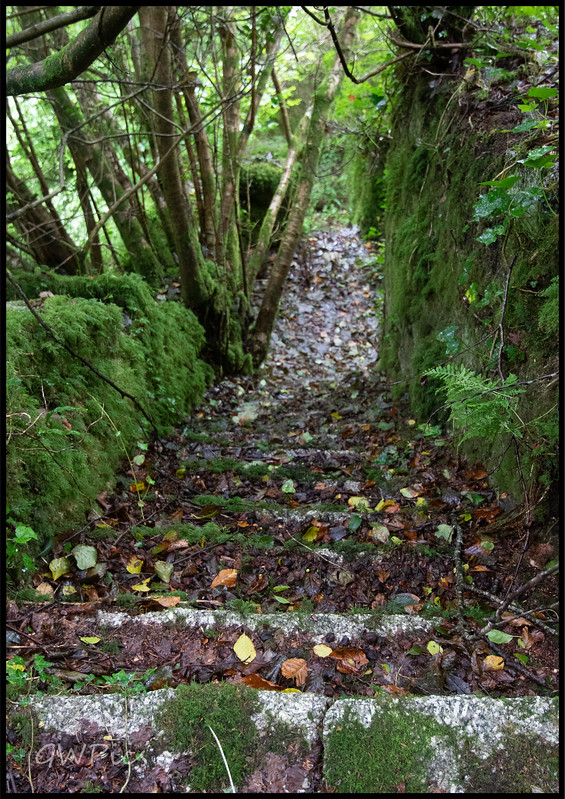 Firstly in the "hidden" part I encountered the largest building, a mill & workshop spanning the river, in a very unstable state. The building appeared newer than most but still had great natural ingress. 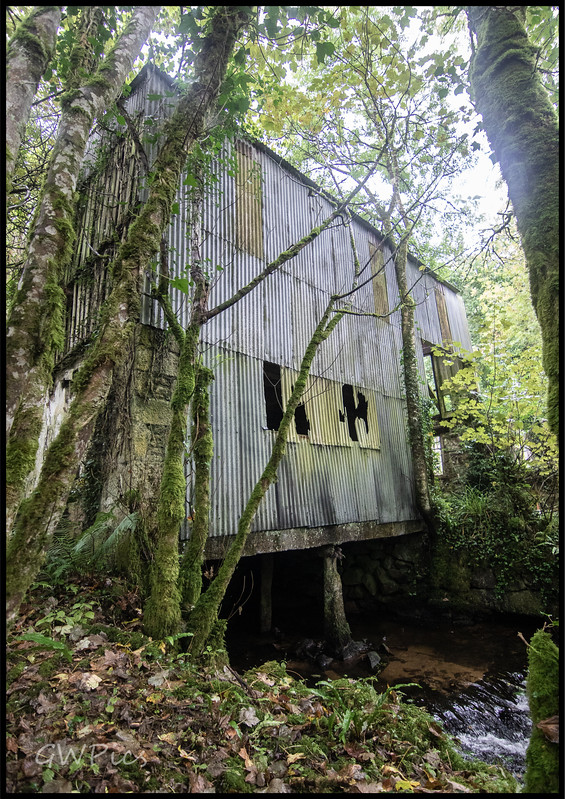 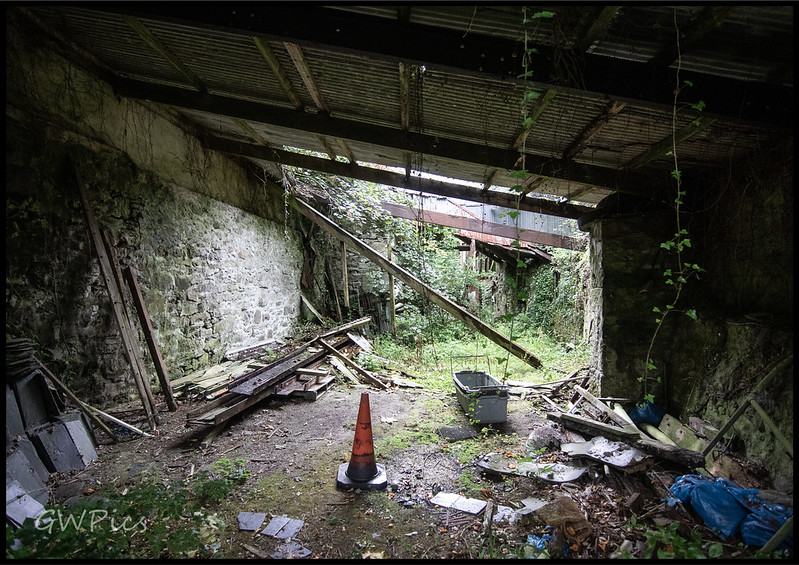 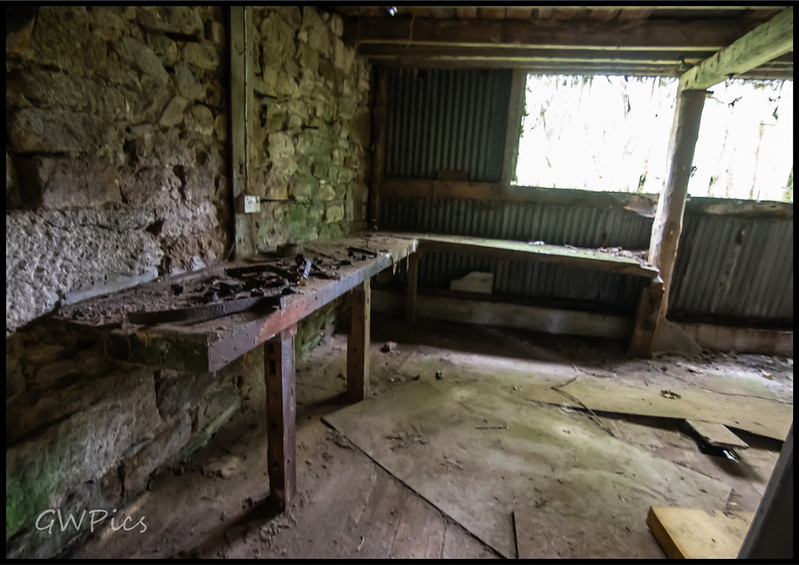 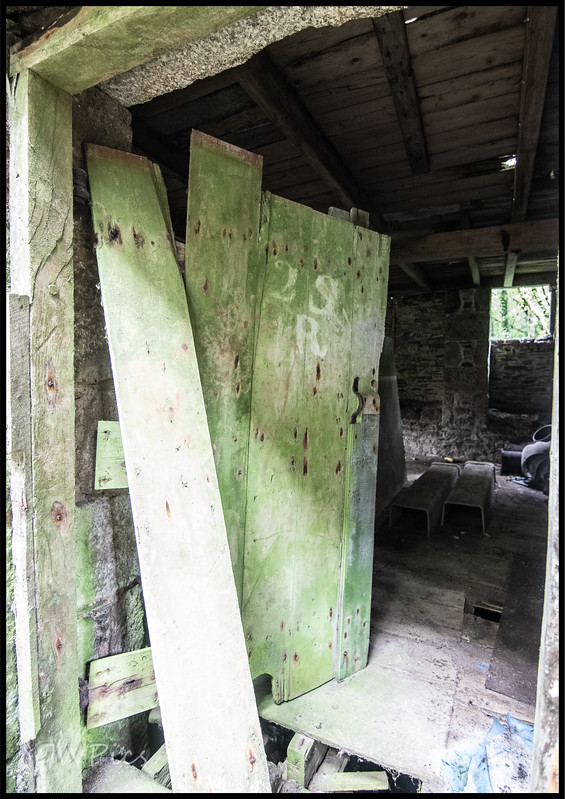 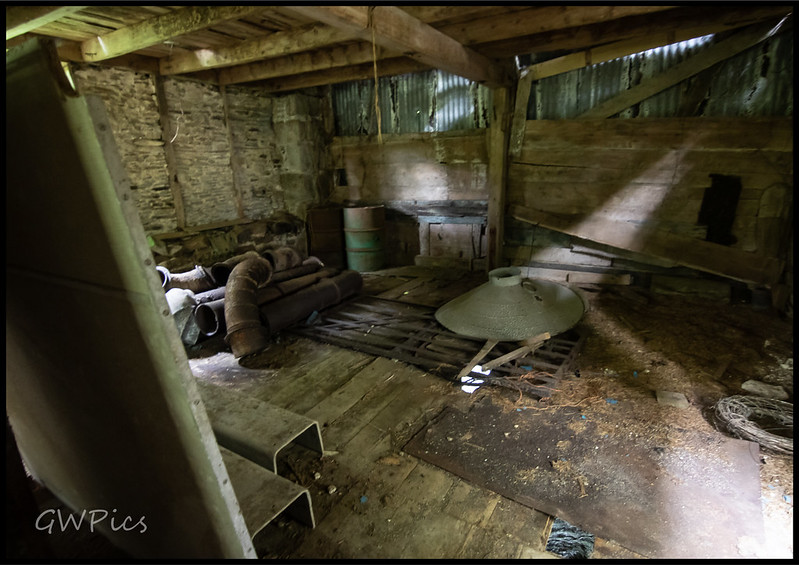 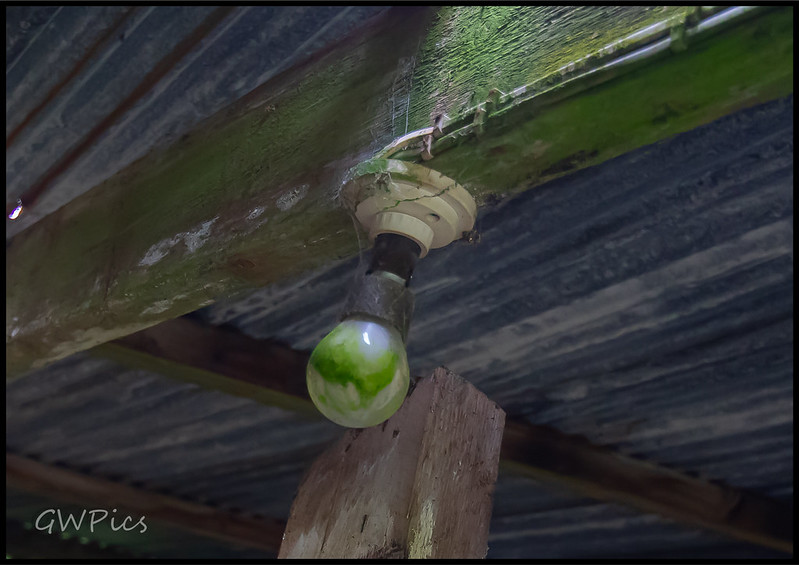 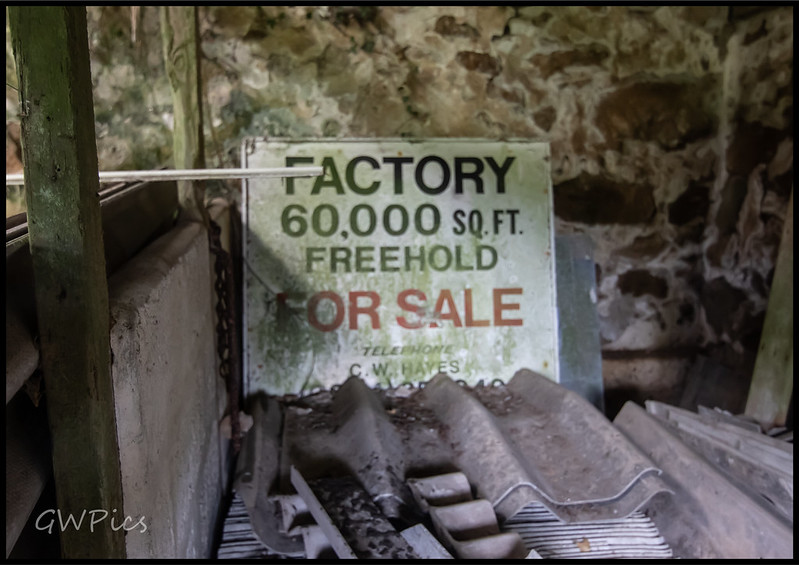 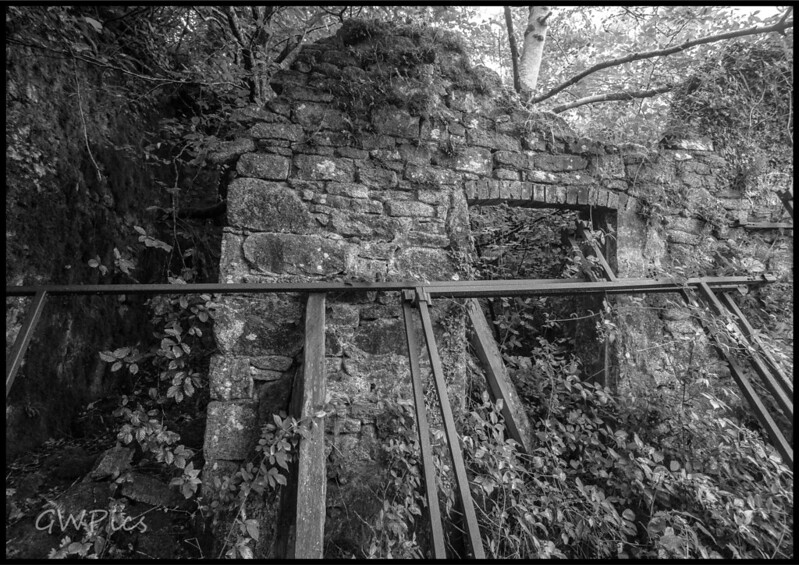 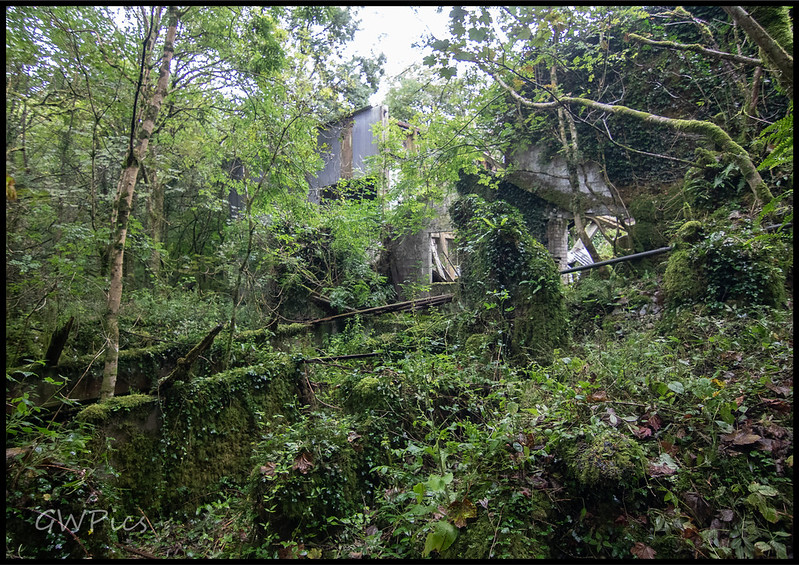 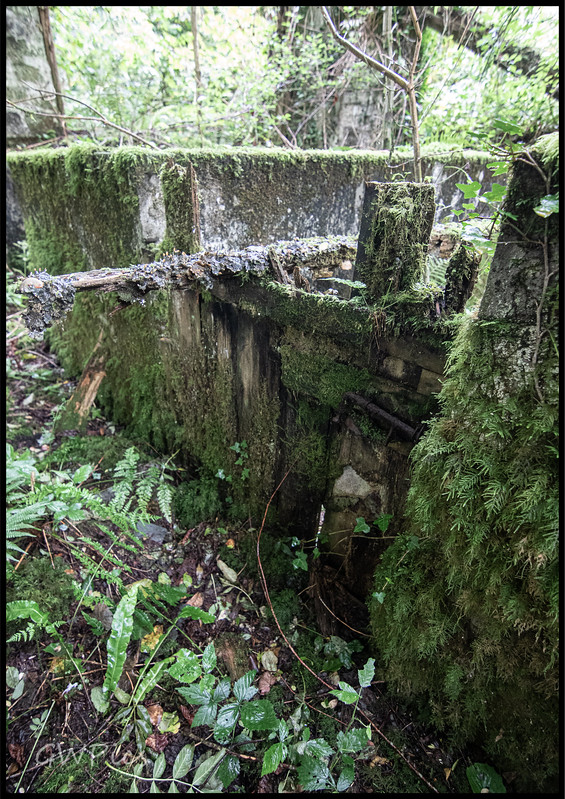 Thinking there was not much else to see I headed out a different way to stumble across the most spectacular mill workings with a huge circa 14' gear wheel which was obviously at some point attached to a similarly sizes water wheel. Its difficult to get the scale of this but it is BIG! 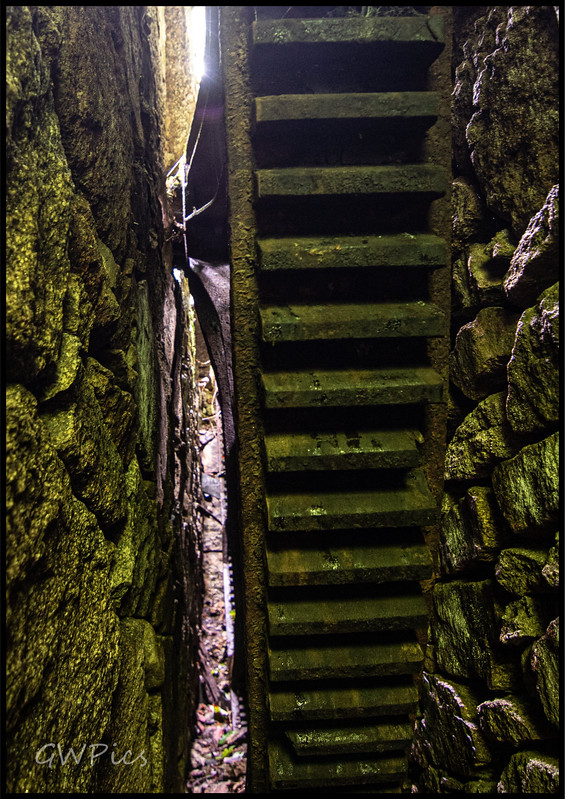 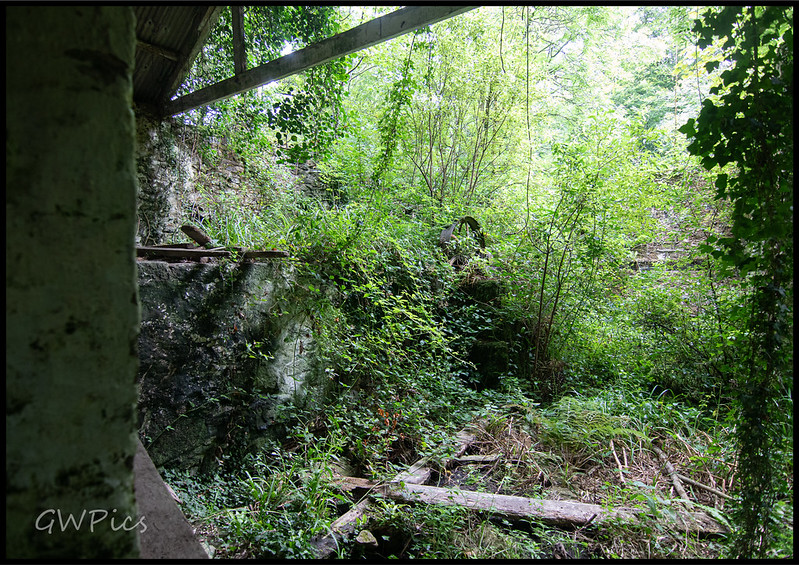 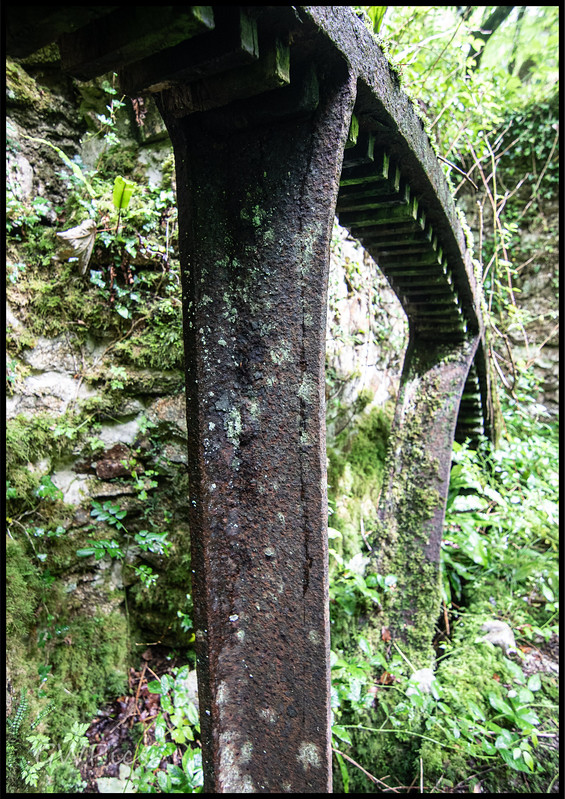 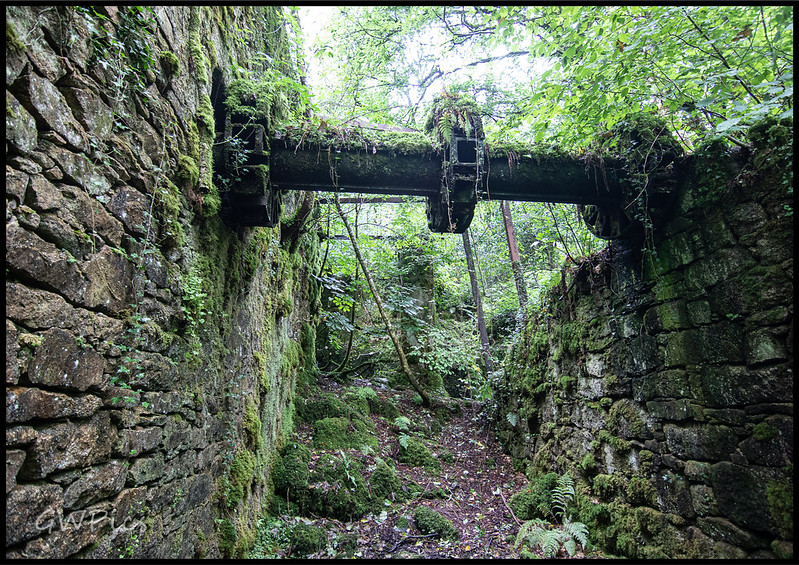 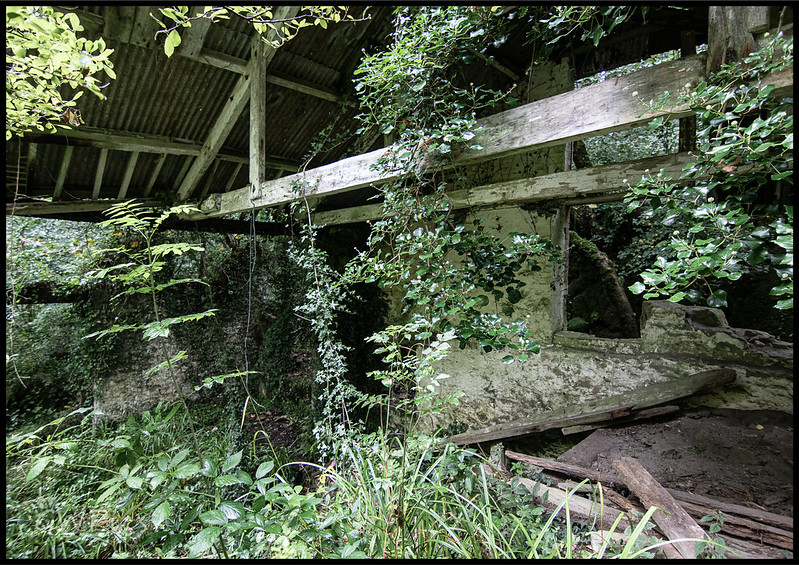 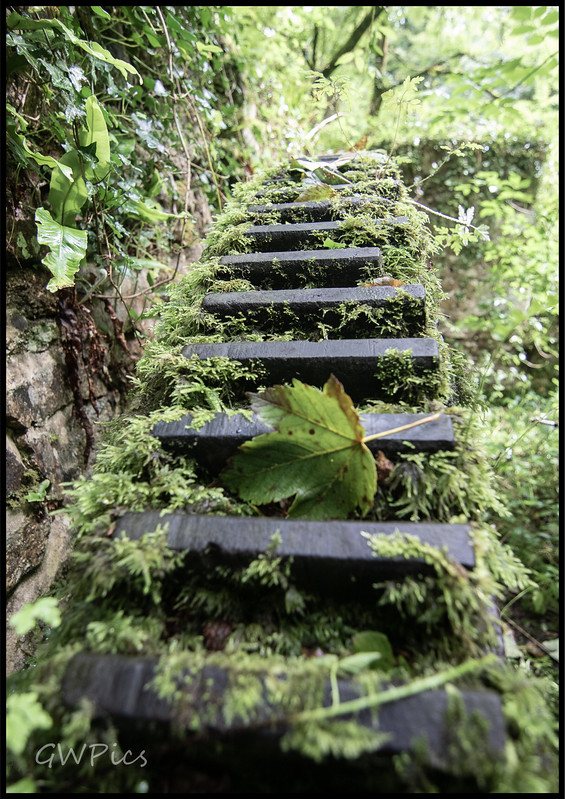 And a few more random pics 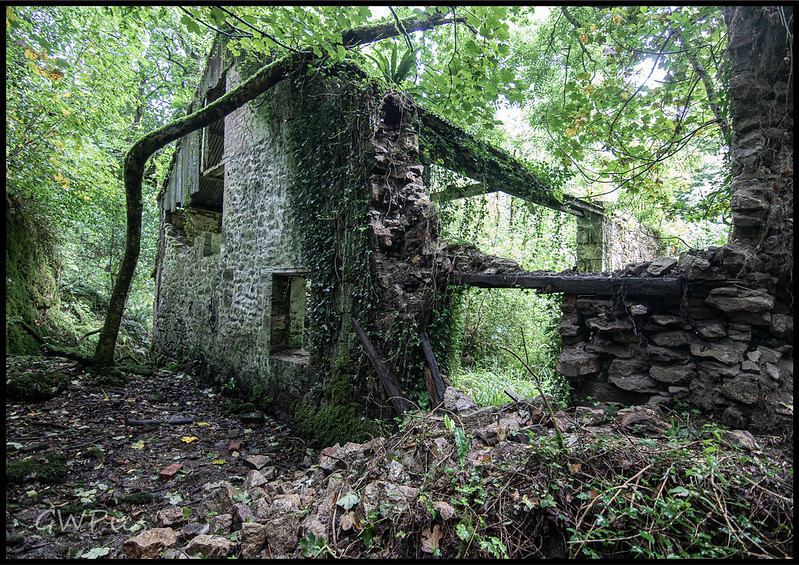 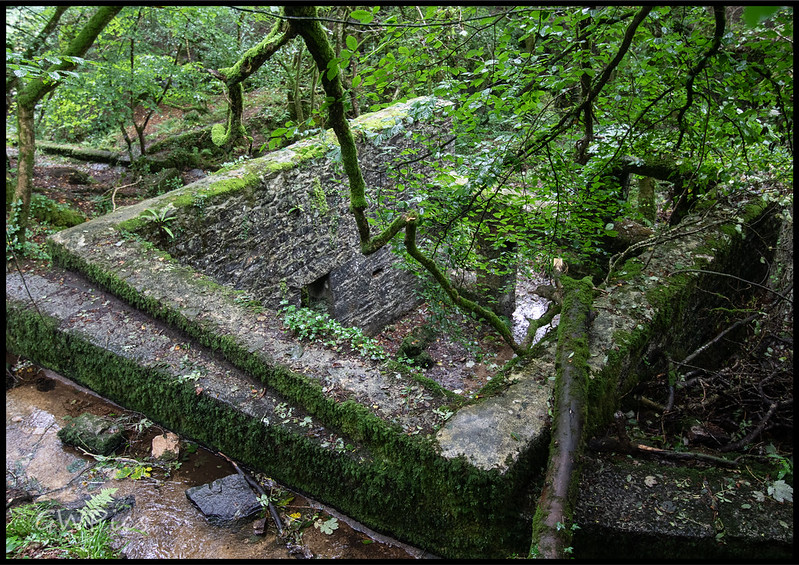 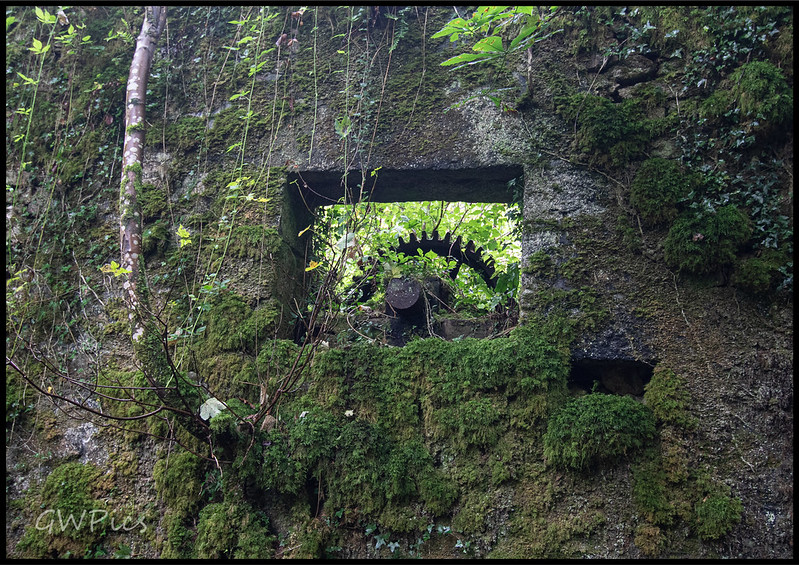 Thats Goodbye from the Kennel & its rather odd looking forna! 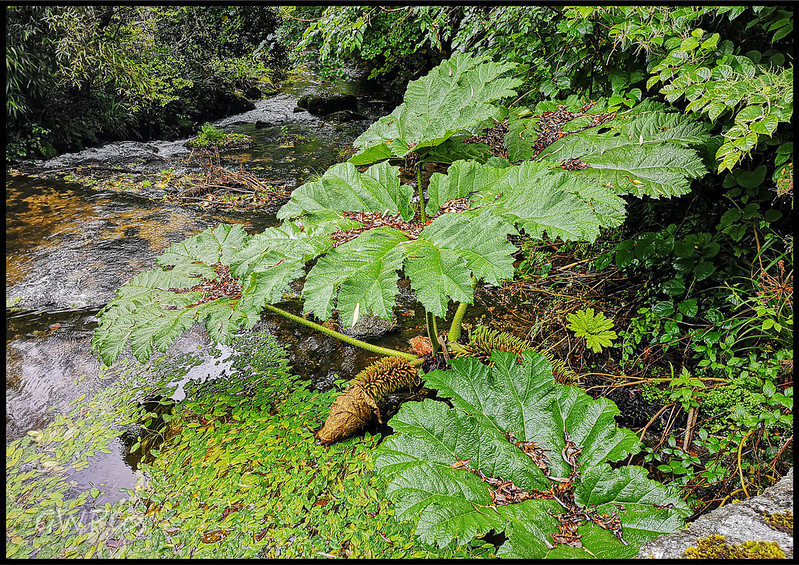 Wow this is nice. Love all the greens
K

Cracking pictures BikinGLynn, you are so right about Nature taking over. An amazing old place.