1870 - Queen Victoria herself is believed to have stayed at Kinmel in 1870 when she presented carved wooden panels. Sadly these were stolen in 2013
​
1870's - The present chateau style house, the third on the site, was built for the Hughes copper mining family, having made their extensive fortune in copper mining on Anglesey. The house was designed by W. E. Nesfield in the 1870s, and the adjoining Venetian Gardens were designed by his father, W. A. Nesfield. The adjoining Neo-palladian style stable block is attributed to William Burn, with construction completed in the 1850s. Materials for construction were bought from the nearby Lleweni Hall.

The house is set in walled gardens of around 18 acres, which are set in grounds of around 5,000 acres, encompassing open fields, parkland and forests. The 1870s structure is an example of the myriad of new types of buildings that were arising during the Victorian era to fulfill increasingly specialized functions. For example, there was a room in the mansion that was only to be used for the ironing of newspapers, so that the ink would not come off on the reader's hands. It was called a 'calendar house' as it had 365 rooms.

1929 - The property was last used as a private house. Ownership of the house has been dominated by the Hughes, Lewis and Fetherstonhaugh and Gill families. After 1929 it was converted to a 'rheuma spa', a health centre for the treatment of people with rheumatism, by Mrs Florence Lindley, formerly headmistress of Lowther College, at the nearby Bodelwyddan Castle.

1939 - The spa remained until the outbreak of World War II, when the hall was taken over as a hospital.

1945 - Post-war the hall became Clarendon Girls' School, but after extensive fire damage in 1975, the school was forced to close. It was then restored by businessman Eddie Vince as a Christian conference centre.

2001 - And was then sold at auction, but a proposed redevelopment by Derbyshire Investments failed to materialize.

12 October 2011 - The property was to be offered for sale by auction with a reserve price of £1.5million which did not include the 5,000 acres of surrounding land. However it was bought shortly before auction by a businessman who bid closest to the £1.5m guide price. He intended to develop the property into a hotel, but these plans never materialize either, and the property lies derelict. 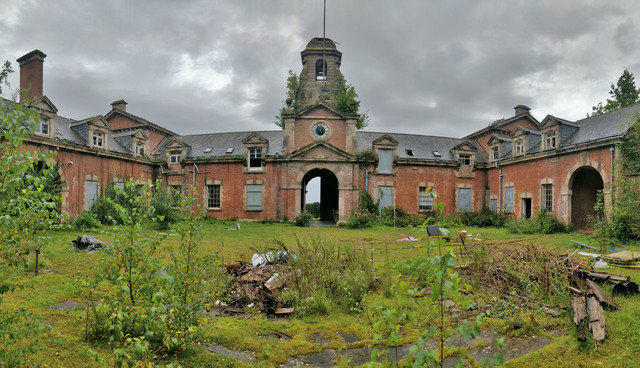 Round the back of the house; 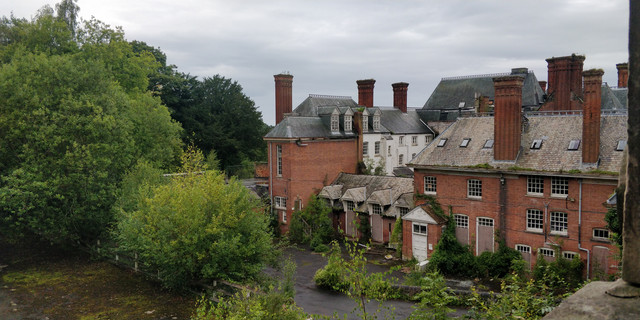 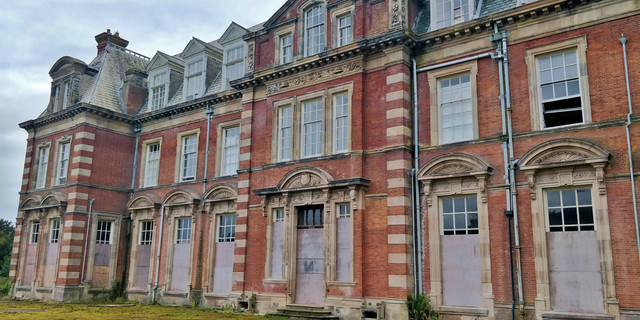 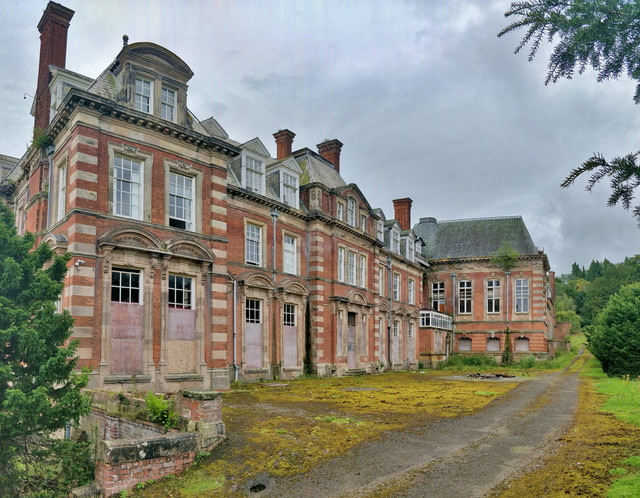 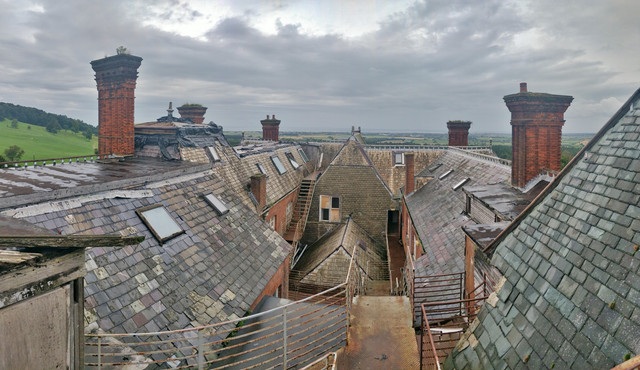 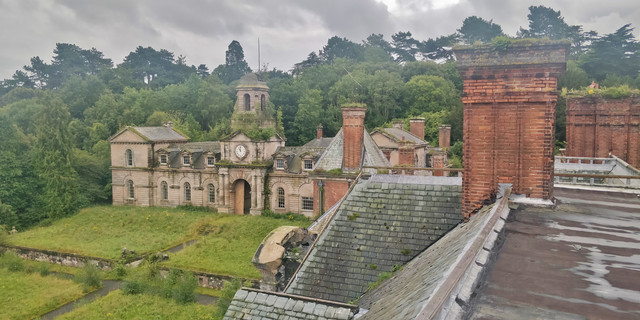 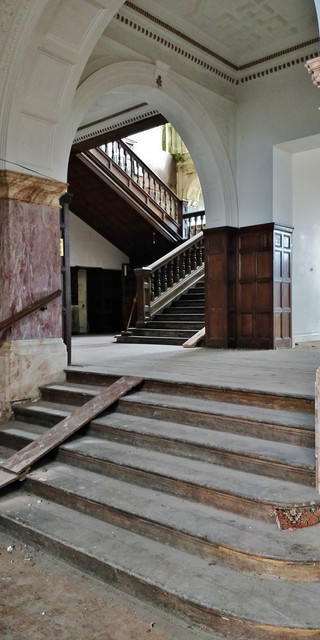 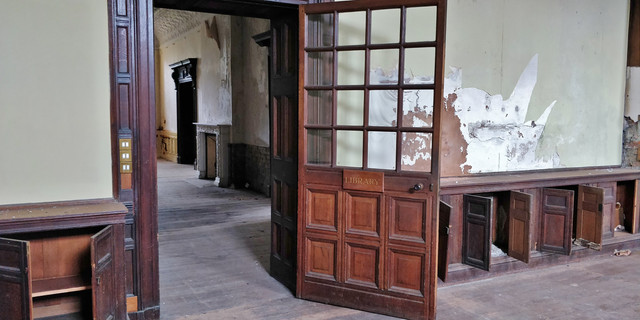 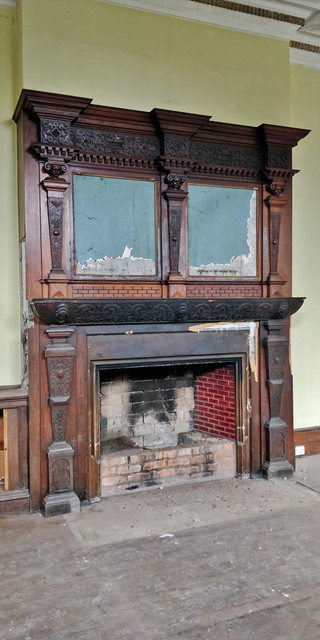 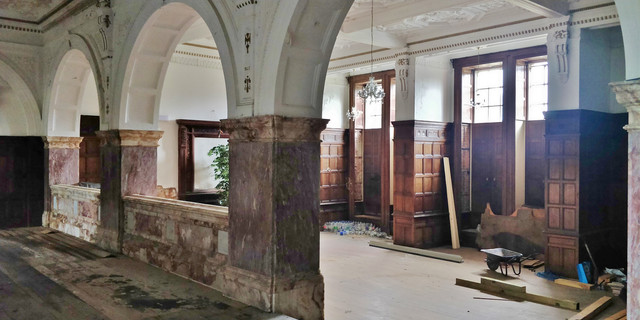 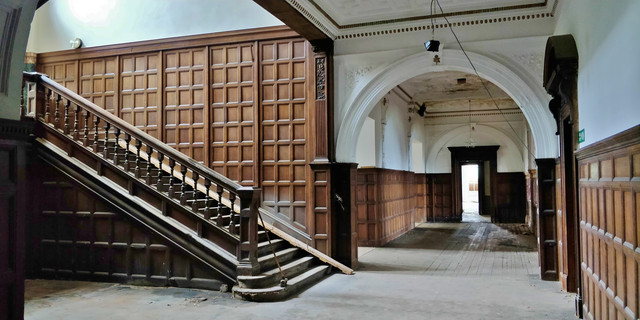 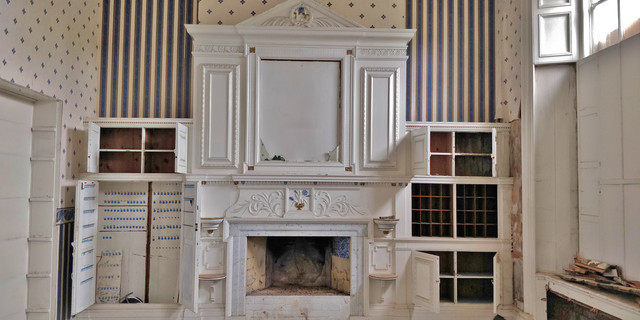 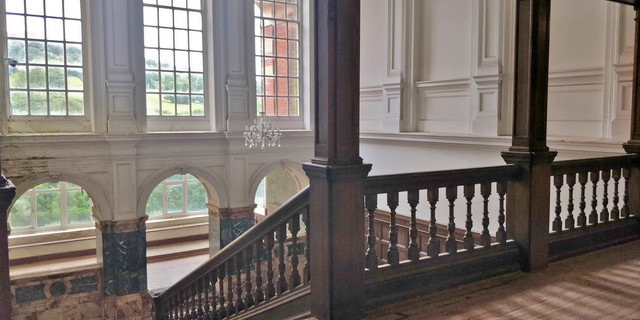 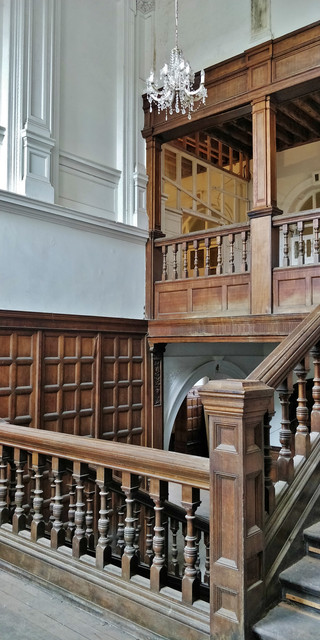 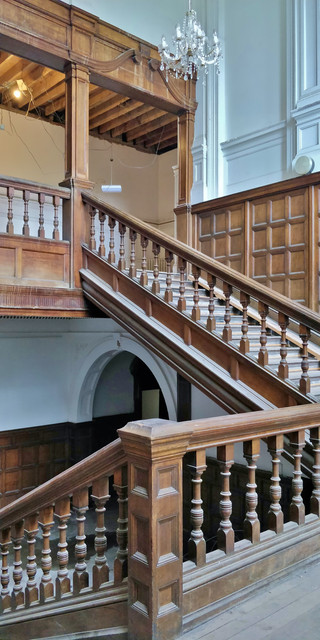 Last but not least, some original dated scribbling; 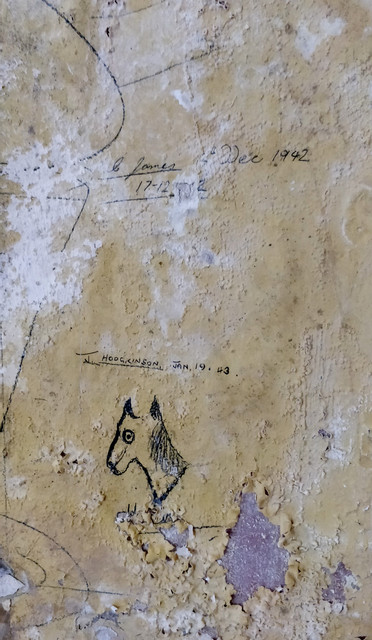 All the best folks.