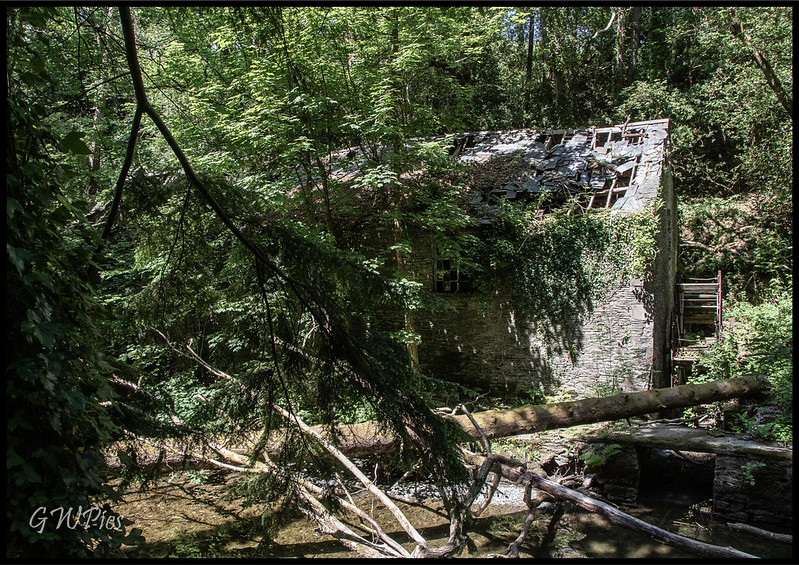 Been covered plenty but its so damn photogenic so why not. 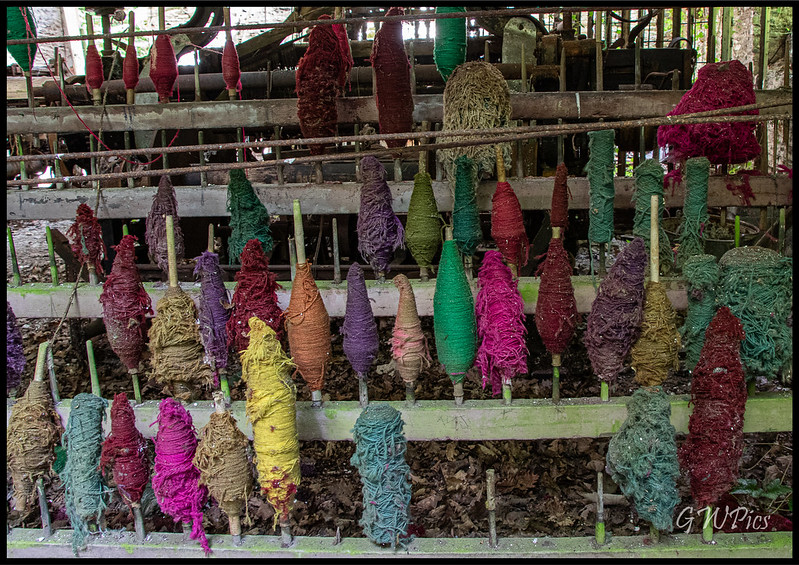 Leri Mills was one of Ceredigions first woolen mills. It was built from around 1809 consisting of several buildings; two tweed mills, a spinning and carding shed, a wool / washing shed, a dye shed and a craft shop.
Initially the tweed was sold locally to farmers and miners but for at least the last thirty years of operation the mill was open to the public, with demonstrations of all of the processes on view, and most importantly a shop that sold tweed, garthen (a tapestry used as a bed covering), rugs and postcards. 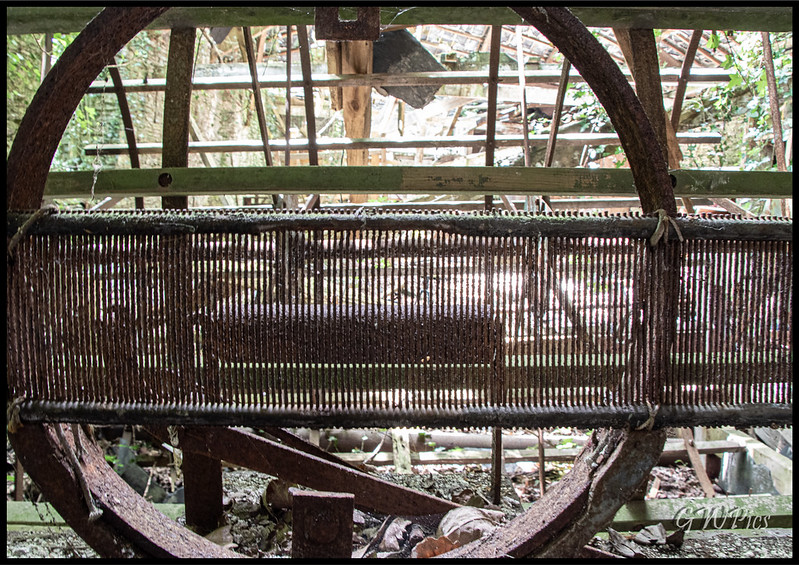 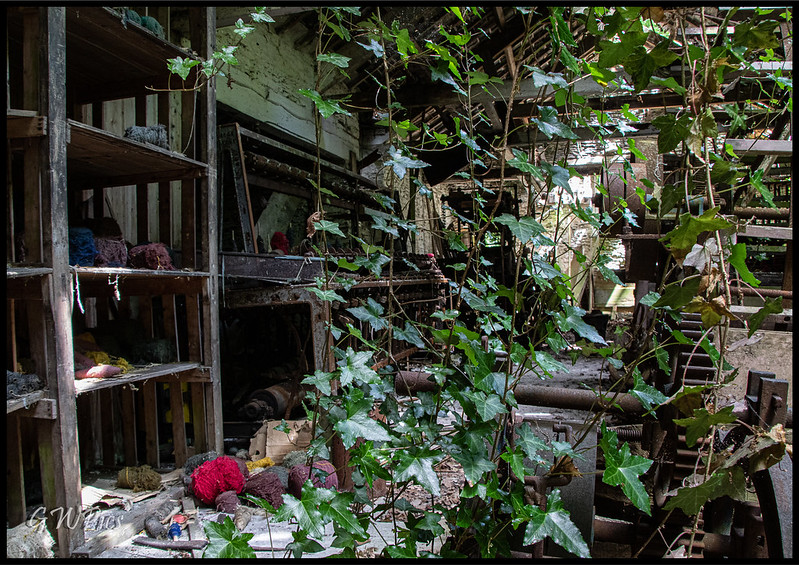 The rise of foreign travel in the late seventies led to a fairly rapid decline in business
Sadly the mill finally stopped trading in April 1981 and was initially put on the market for £150,000.
A buyer wasn't found and the mill remains in the family that ran it from at least 1950. 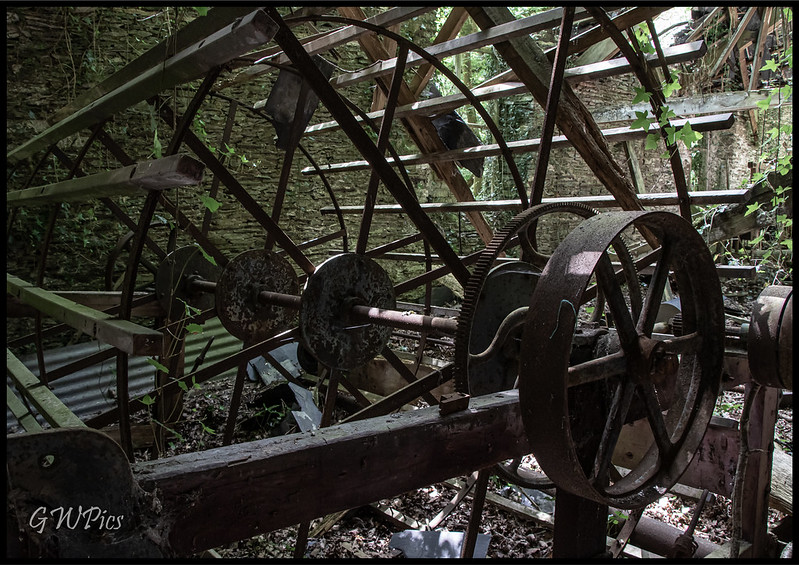 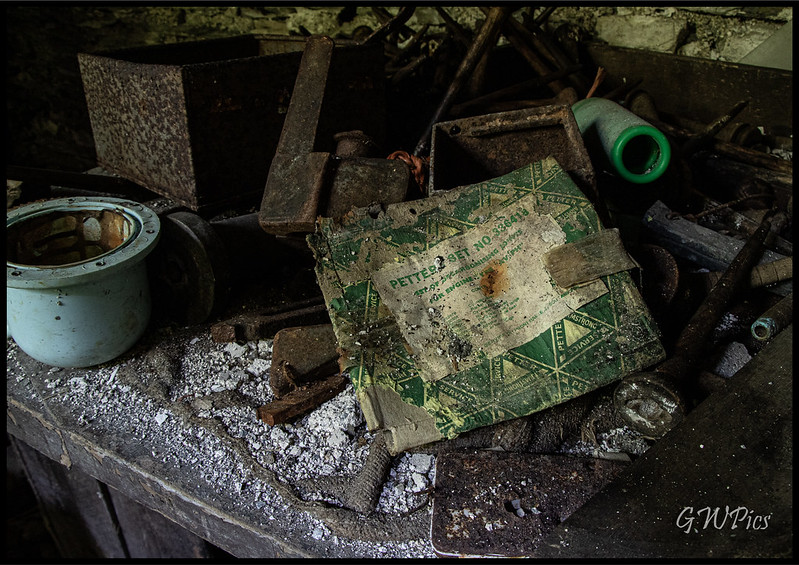 Was a lovely day when we visited & we ended up wading up the stream to check out the other mills, the looks on the peoples faces outside the village pub as we trudged past lol 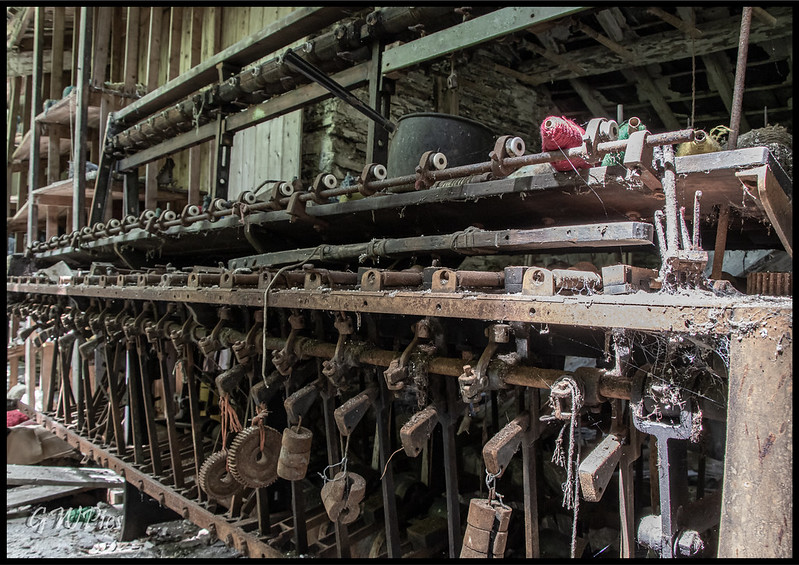 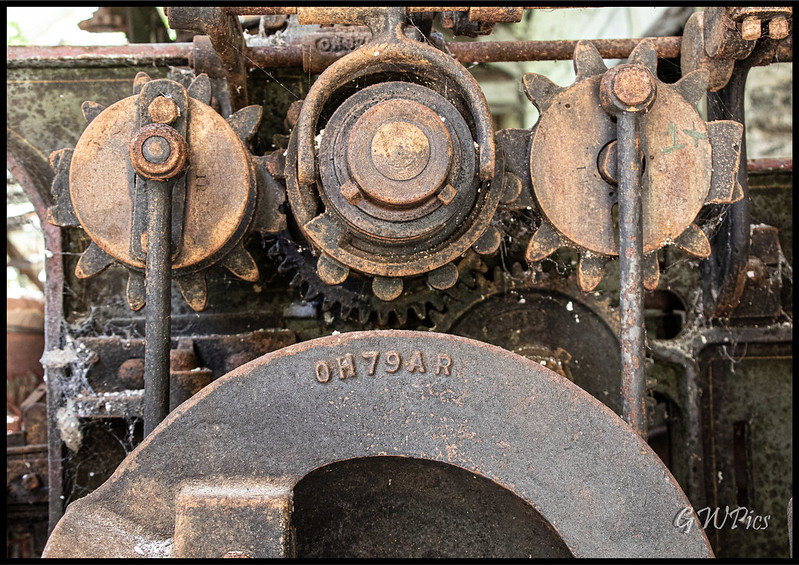 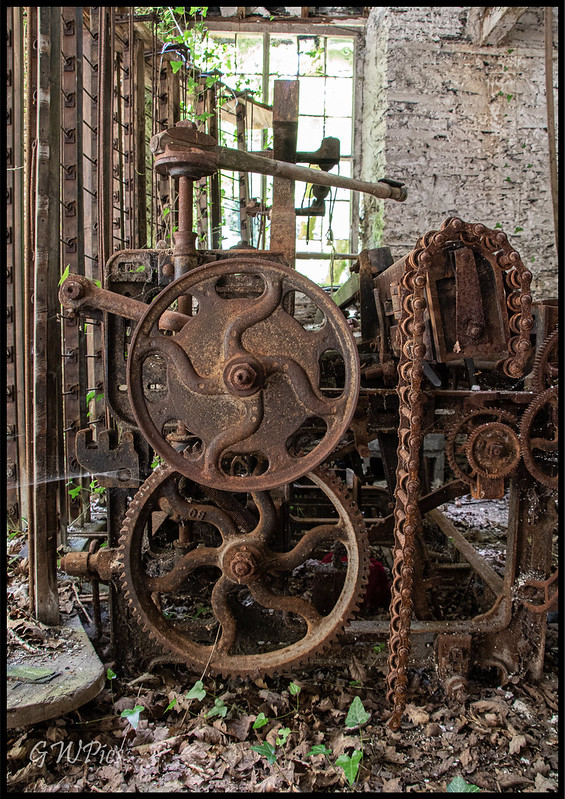 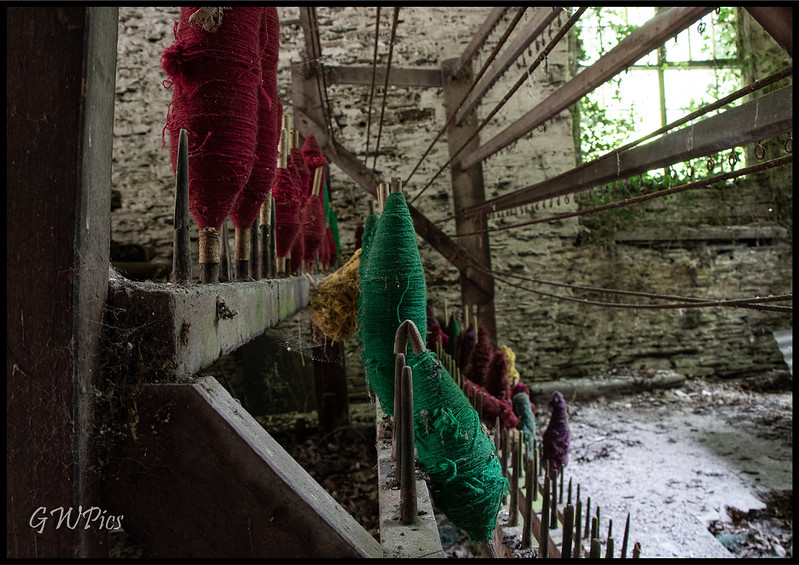 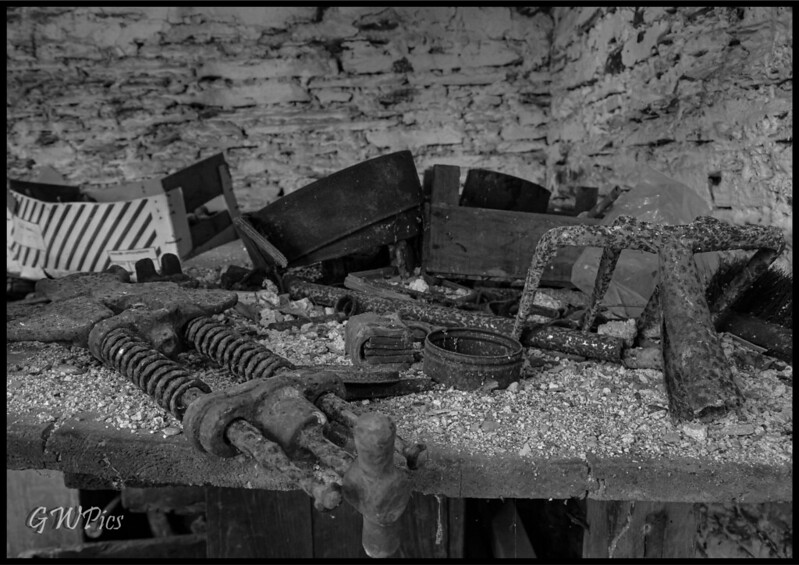 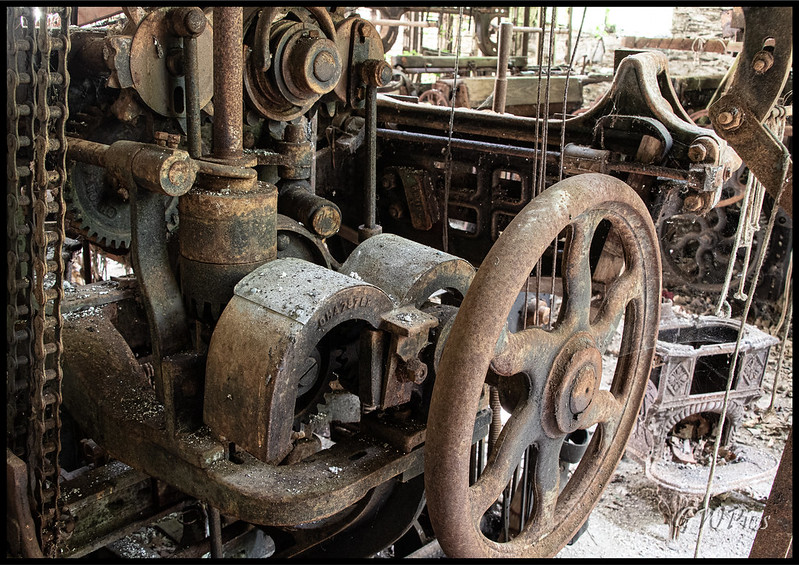 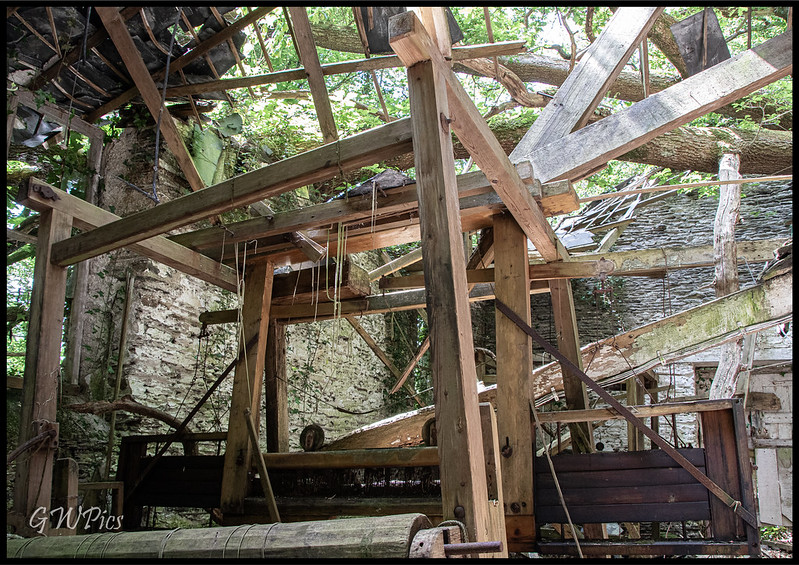 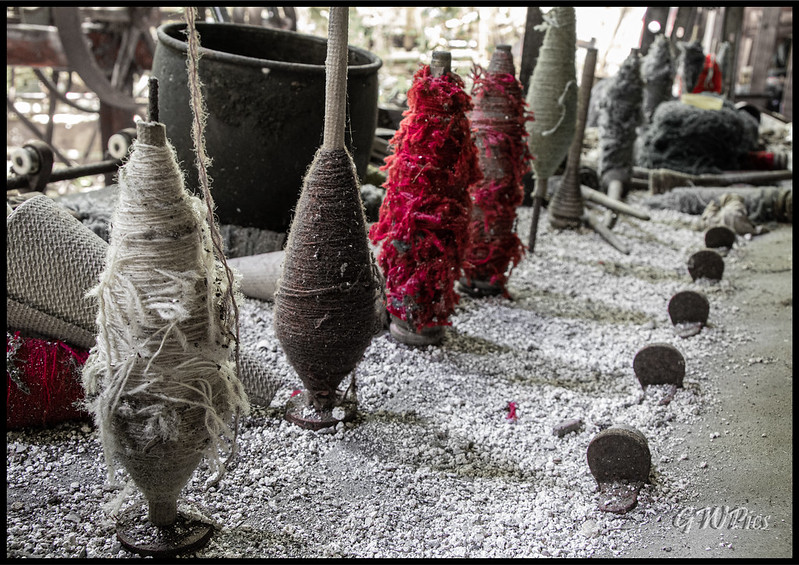 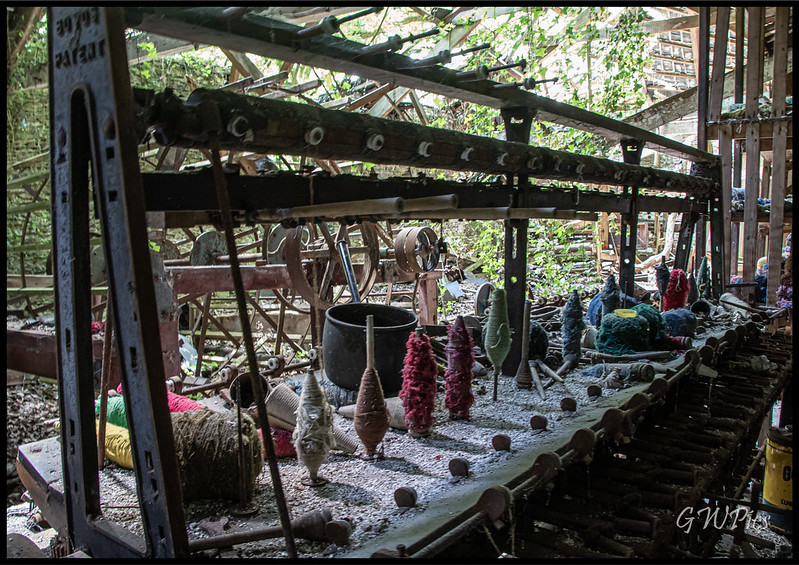 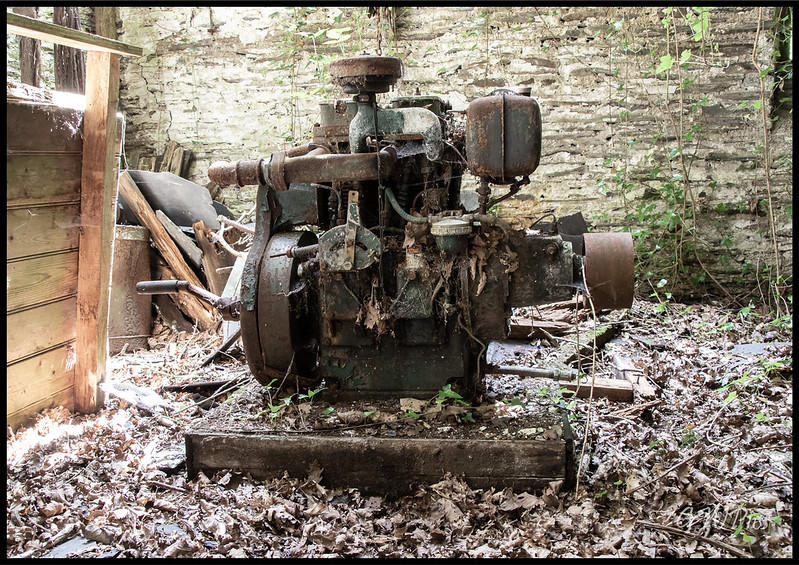 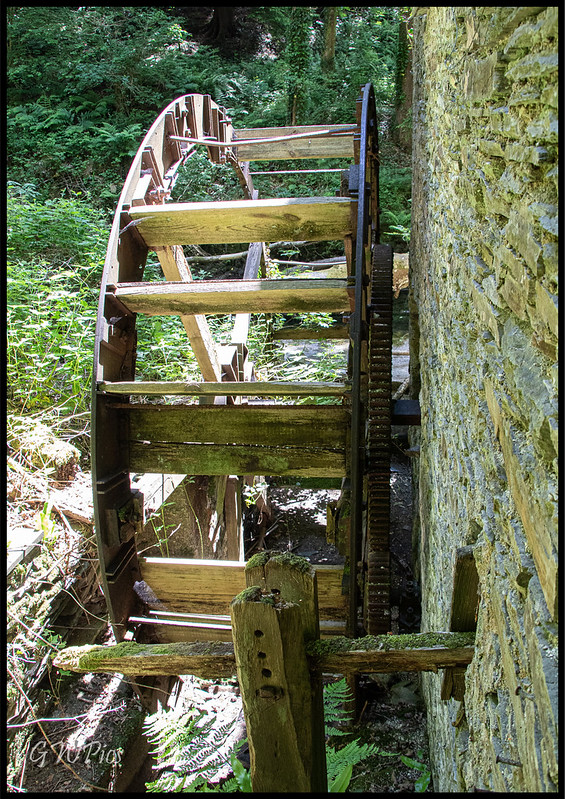 The wool still on the bobbins gives the feeling that it closed only yesterday.
N

Excellent report and photos. So good to see natural decay without human intervention.

Thanks it has been like this for so long, its a bit "out the way" which prob keeps it in better condition