Day 3 of our mad boys trip around north Wales, myself and Fluffy meet up again with Druid for another
full day of industrial derp goodness.

Maenofferen is still a working quarry complex, but as we walked through all looked dead and quiet(great) until 1/2 way up the ball killing hike up the service road to the top quarry complex, when up rocks a Range rover with the 2 guys inside.

normal comments of:-
"where the F*** do you lot think you are going"

Quick as a rabbit in car head lights Fluffy comes back with:-
"Oh we are just walking up the footpath to get to the village on the other side of the hills"

Now I`m not a medium or any type of mind reader but I don`t think the guy believed us, maybe it was the caving helmets and tripods and all the other kit we had that might of given the game away.

"Don`t be going in any of the underground tunnels will you".

Maenofferen started production of slate around 1800-1848 and is still producing crushed slate to this day.
Underground production at Maenofferen ceased during November 1999 and with it the end of large-scale underground working for slate in north Wales. Production of slate recommenced on the combined Maenofferen site, consisting of "untopping" underground workings to recover slate from the supporting pillars of the chambers. Material recovered from the quarry tips will also be recovered for crushing and subsequent use. 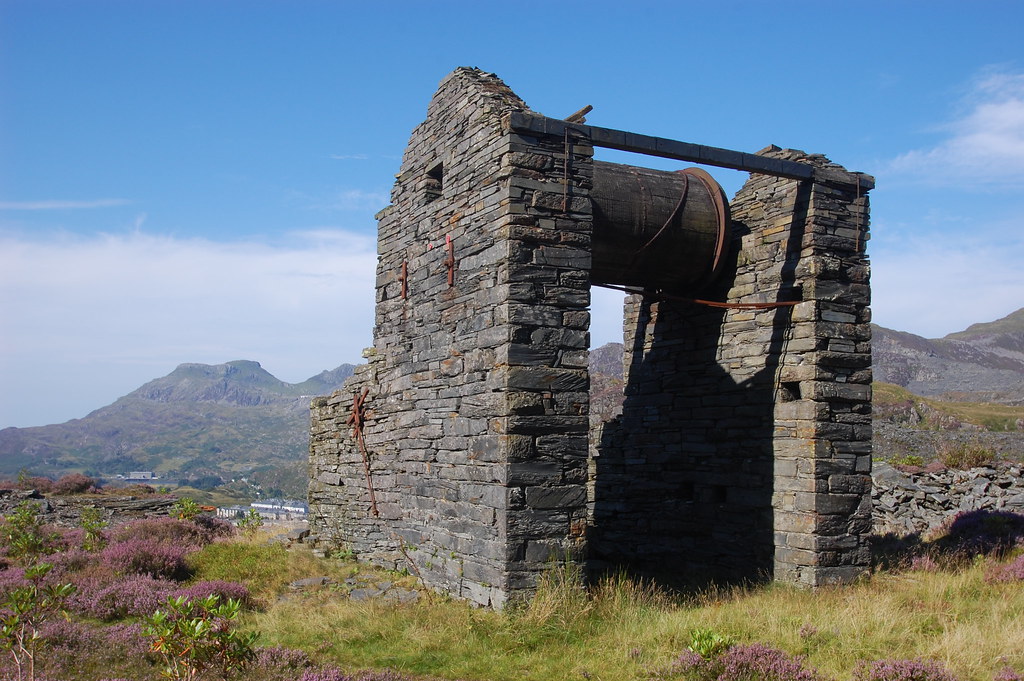 When you get to the top its just a wonder land of buildings, cutting sheds, work shops, engine sheds, power supply buildings. 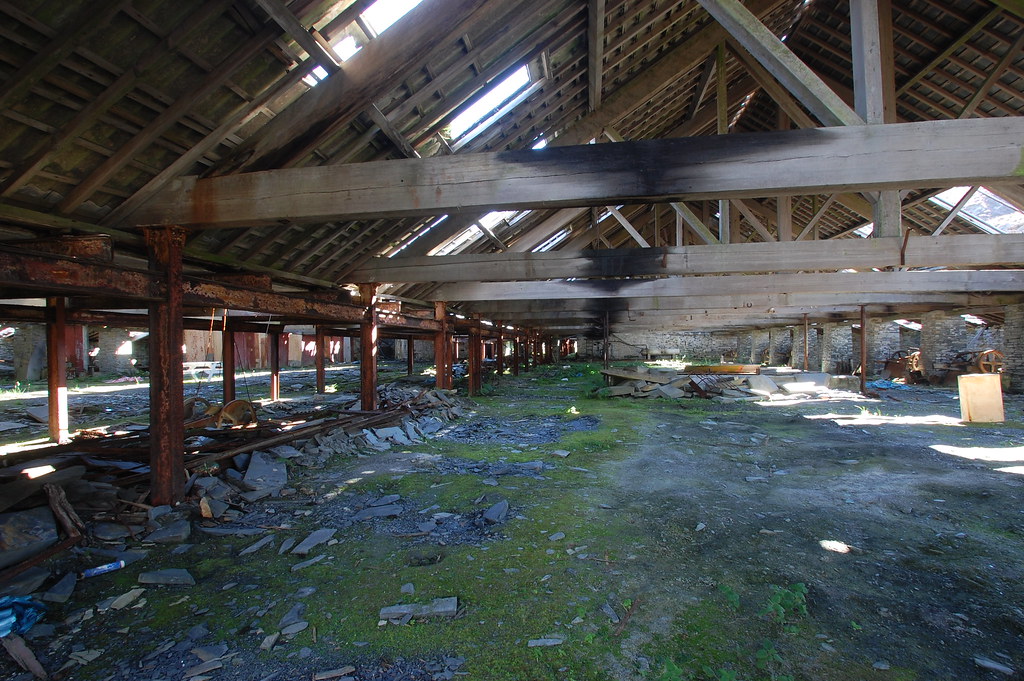 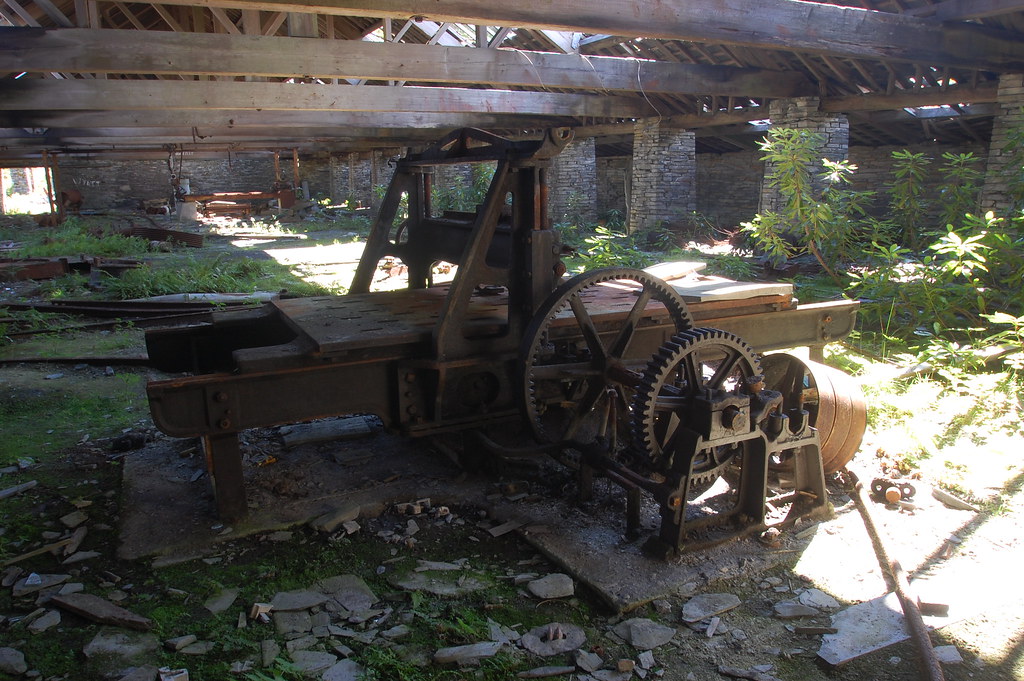 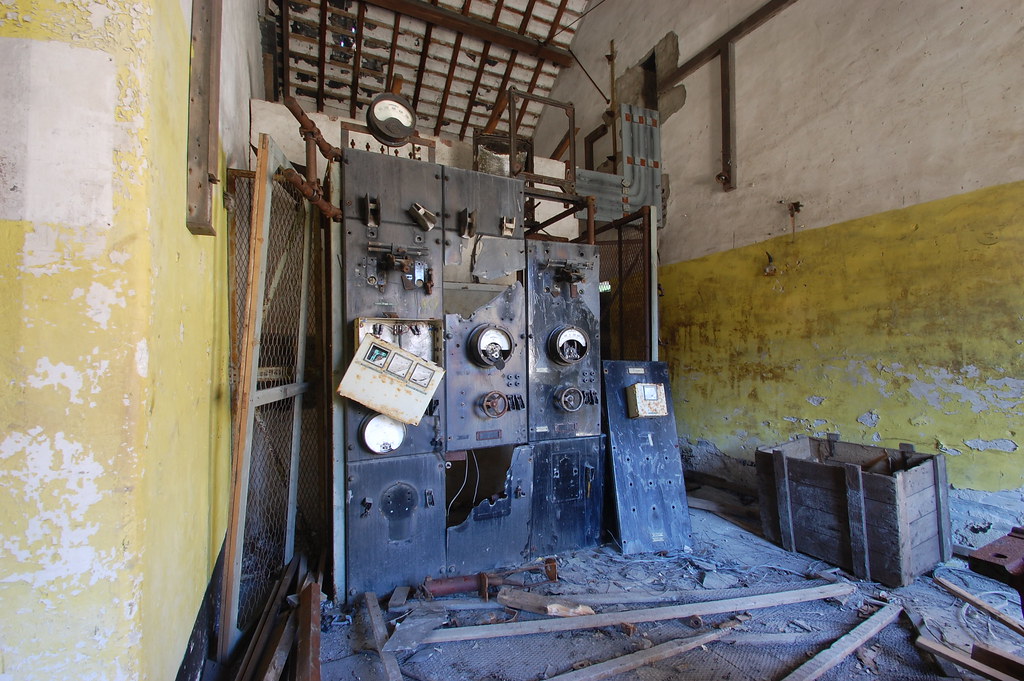 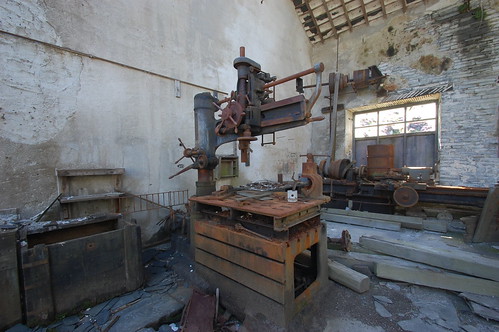 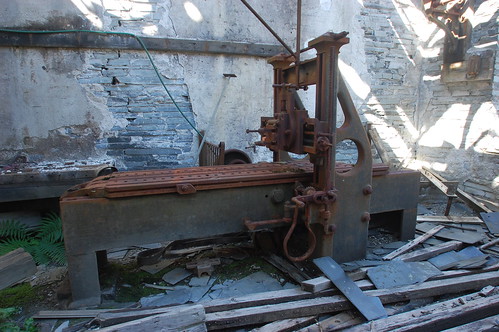 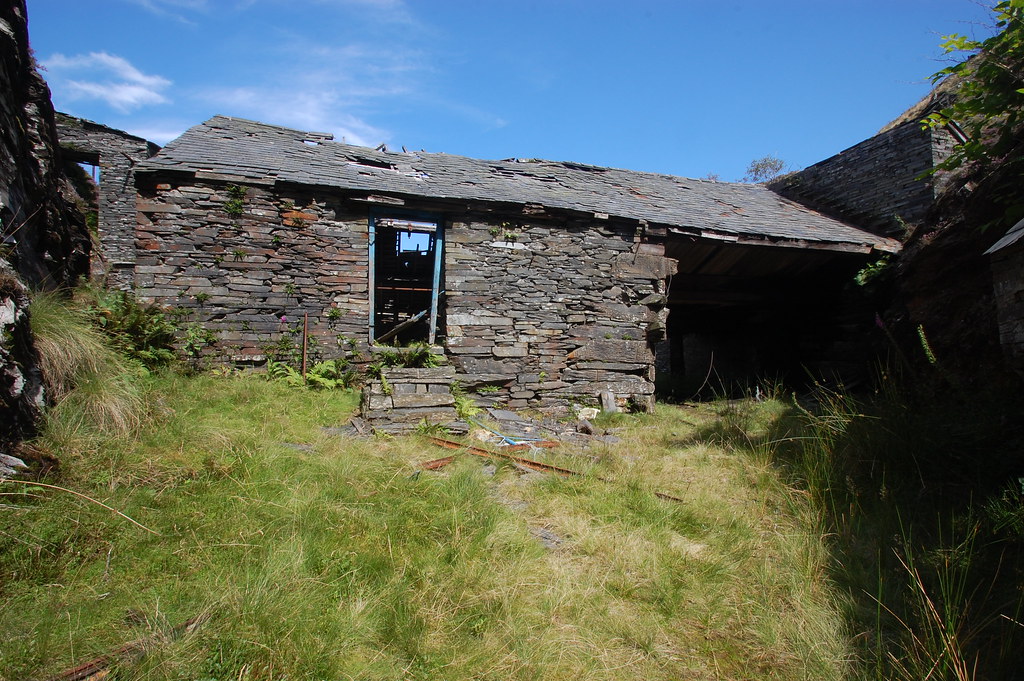 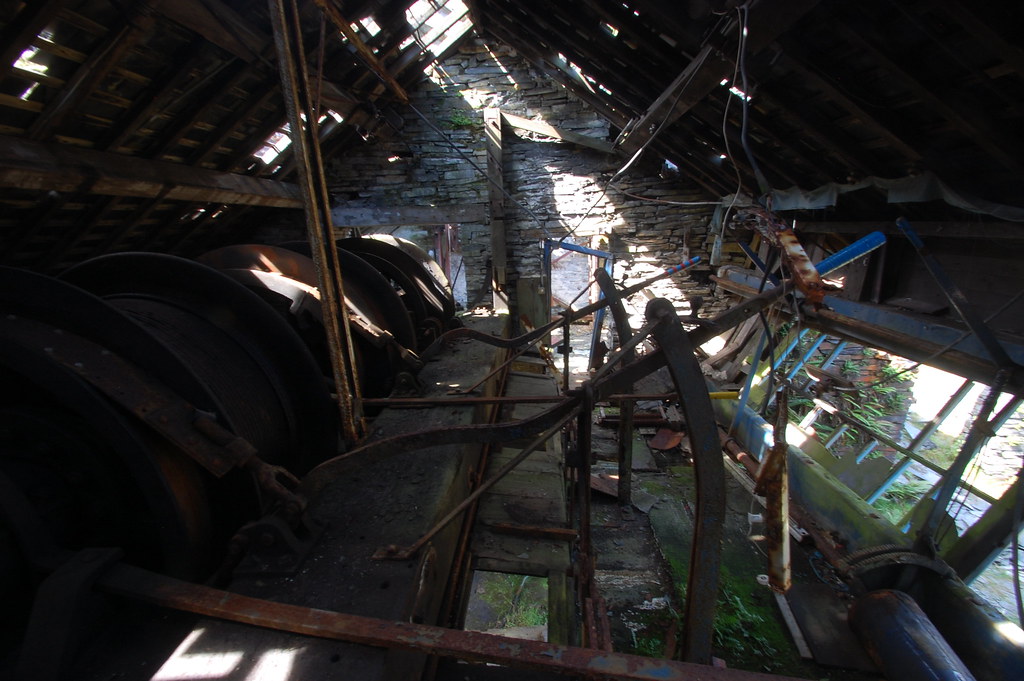 This might not look that interesting but it is - (so there)
Its whats left of a brine resistor bank, electrically connected steel plates would be lowered in to brine tanks and that way a variable resistance would be set up - simple. 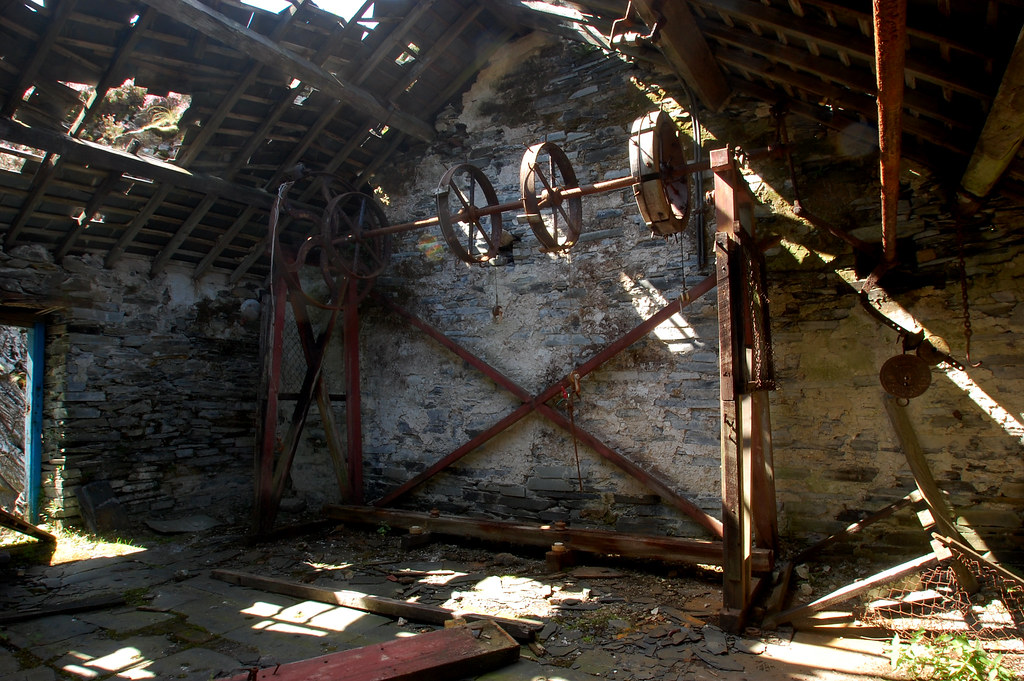 under the winding house are the rails that lead down in to the mine, at the top of the incline is this rail stop, it lifts a rail to stop run away`s oh and it still works. 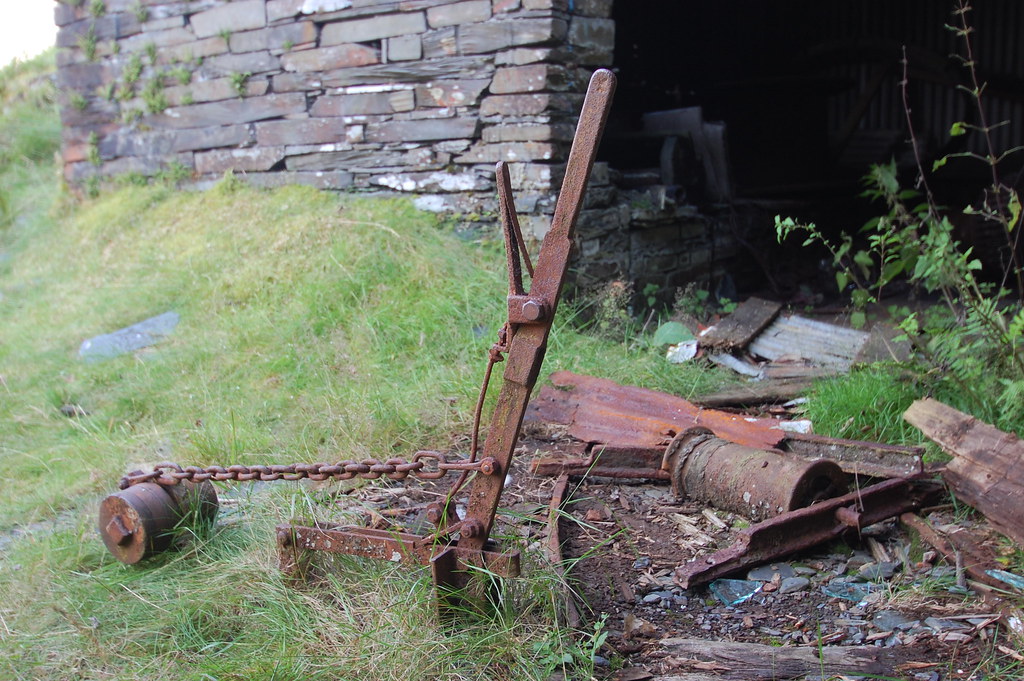 Right congrats for getting this far, that will do for the surface buildings, if you want more, and you know you do, head on over to my FlickR page at :-

All comments are most welcome.
Cheers Newage

If you want to see what`s in the picture below, best you head over to the "underground section of DP" 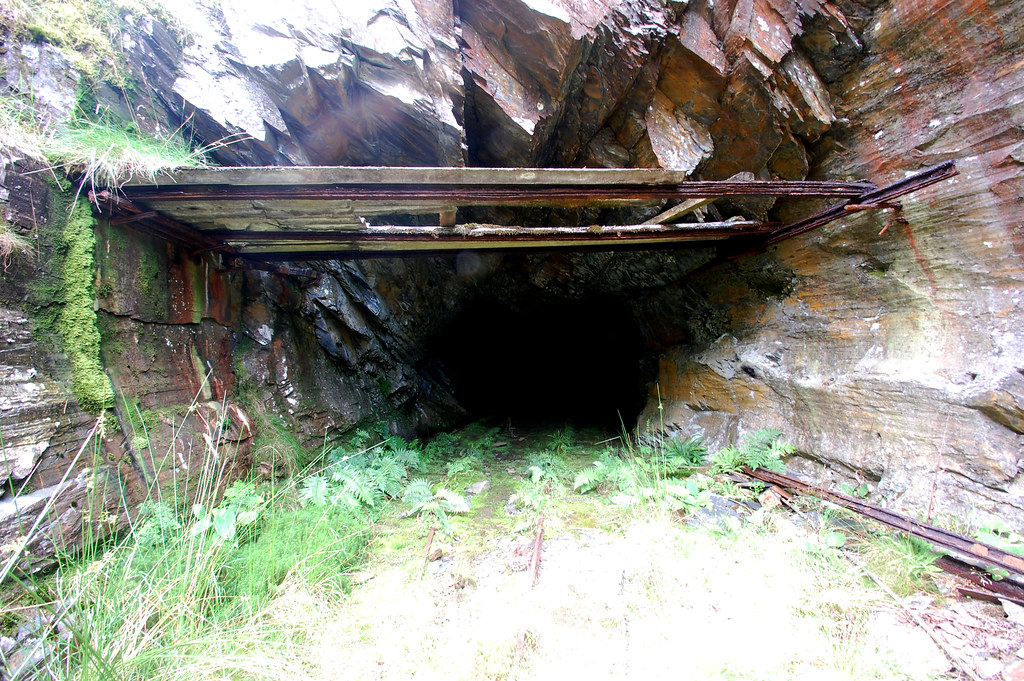 Photo taken looking down from the drum house. Newage photographs the catch rail lever/lock. The rail can be seen in it's lifted position above right of his leg.

excellent I simply love how its just forgotten like this, a real sense of a time passed

Wodnerful photos of the works
B

Have visited this place now about six times and this is the only time the sun has shone !! Consider yourself privileged !!
Its a real shame that it has been trashed so much since closure. There is so much to see here if you are prepared to put in some totally ball breaking effort.
Good memories mate especially the blatant lie regarding not going underground. Im sure most people carry tripods, torches, cameras and caving helmets whilst out for a stroll !!