The Markets and Baths Committee considered the provision of a Swimming Baths in Maindee in the year 1933. A number of sites were inspected and finally a site between Victoria Avenue and Albert Avenue was selected as eminently suitable being in close proximity to the Maindee Shopping Centre, and of easy access to the bus route from the centre of the city and from Chepstow. Powers to purchase the site were included in Newport Corporation Act, 1934.

In March 1937, tenders were invited by public advertisement and Messrs. E. C. Jordan & Son were awarded the building contract, Messrs. Caldwells Limited, the heating contractor and Messrs. Royles Limited, the filtration contract. The site used to have two entrances, the principal one being on Victoria Avenue, whilst the secondary one is from Albert Avenue and used to give access to the Learners and Children’s Pool.

The main entrance on Victoria Avenue leads into a spacious entrance hall with central Pay Box, where tickets used to be issued for admission, both for swimmers and spectators, including tickets for bath robes, bathing costumes and towels. After obtaining tickets bathers descend a short, wide staircase to the dressing halls on the lower ground floor, whilst spectators proceed up the main staircase to the Upper Hall on the first floor.

The upper hall gave access to Café and Café balcony and thence to the Gala Stands. Adjoining the hall, the Slipper Baths Suite is placed a comfortable Club room for the use of Swimming Clubs provided. A feature of the design is that spectators approaching their seats obtain a clear and uninterrupted view of all pool activities without the necessity of walking along the poolside, which is restricted to bathers only.

The main pool was 100 feet long by 42 feet wide, having a maximum depth of 10 feet. The bath floor gradually rises from this point to a depth of 4 feet at the shallow end and 8 feet at the deep end. The diving stage had diving boards at heights of five metres, three, and one metre above water level. Comfortable seating accommodated for 428 spectators was provided on the Gala Stands, whilst an additional 300 people was accommodated with chair seating around the balcony, and a further 300 standing.

Past Pictures of Maindee Pools 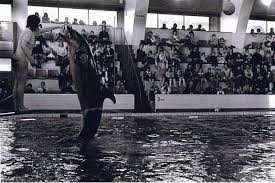 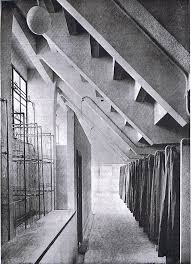 I liked it, Thanks