Home alone, stuck with no transport apart from a push bike and slowly pulling what little hair I have left out, thankfully Ojay was available for a day of explores rather than sitting at home watching the Jubilee crap on TV.

A quick mooch soon saw us re-address our very open days agenda; too may walkers and a visible security presence.

Sat back in the car we weighed our options and decided to head down a collection of culverts I knew about; and as far as I know unexplored. Potentially they could be interesting as the first section runs through a water treatment plant. The second section ran under the now demolished Orb Mill, third section runs under Majestic Mill, the final two sections are fairly short, but still worth a mooch.

Image 1 - Well this is the start of the culverts; we headed in downstream as access was a bit easier. 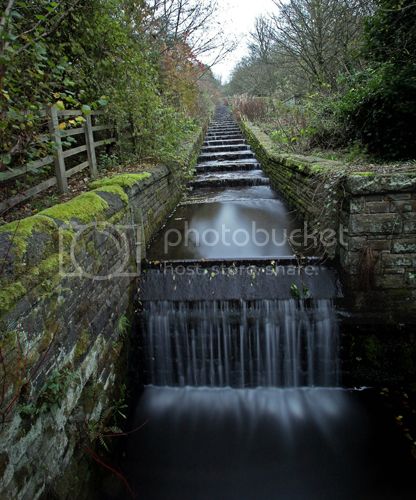 Strinesdale is an area of water and woodland covering approximately 40 acres (162,000 m²). In 1991, the reservoirs were drained and replaced by two smaller lakes with the old reservoir sites being planted with trees and grassland. The original reservoirs were built in 1828 and the erected plaque can be seen at Upper Strinesdale.

Strinesdale derives its name from the Old English "Strine" meaning boundary in connotation to the old Lancashire/Yorkshire boundary that ran through the middle of the site.
The flood struck Oldham on July 11 causing major damage across the area.

Image 2 – Entrance to the first section, stoop central, but thankfully it soon opened up into a larger tunnel and a few interesting features. 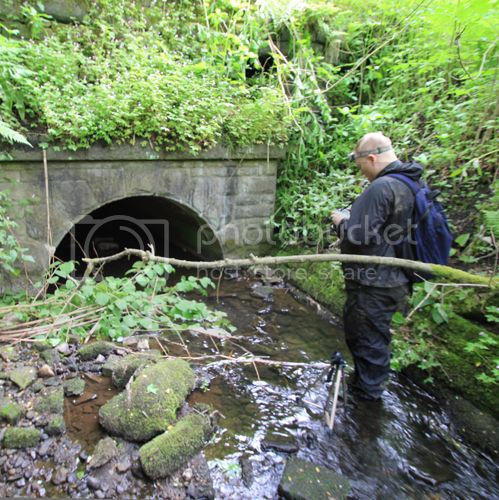 Image 3 – The start of the stoop section, I’m glad it was short lived and very glad when Ojay confirmed afterwards he though the same. 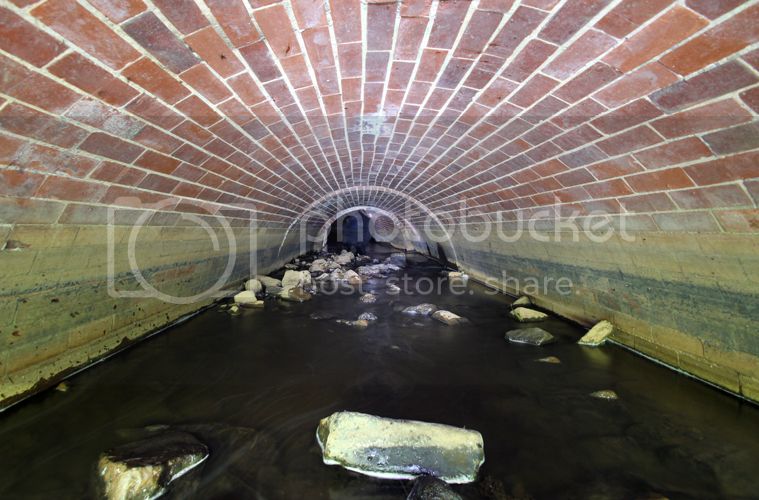 Image 4 – It soon opened up giving some interesting sections of culvert, side tunnels and overflows into the water treatment plant above. 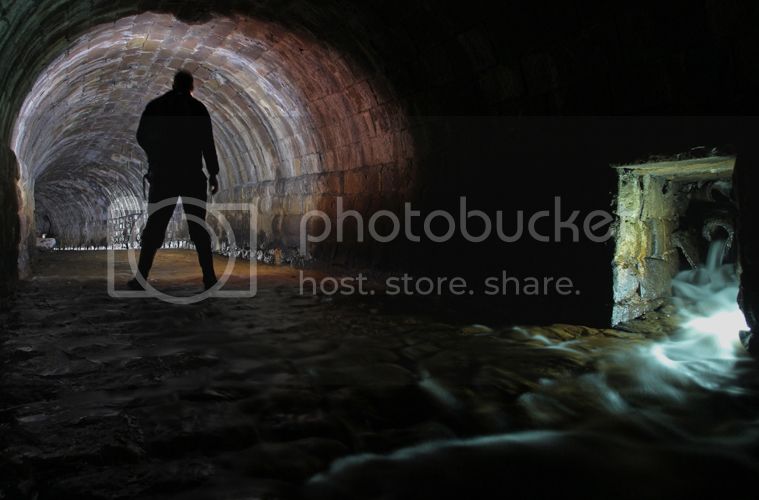 Image 5 – End of the first culvert, about 170m in total including the 20m stoop to begin! 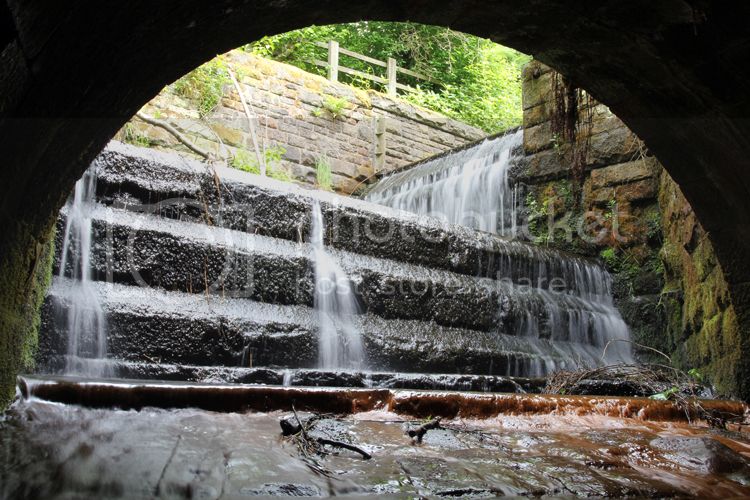 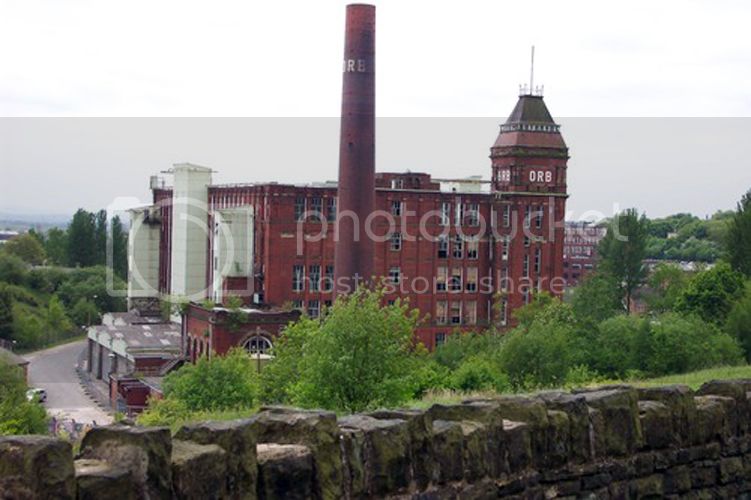 The second section now runs under what was Orb Mill, demolished in 2004 and soon to be the Waterhead Academy, an amalgamation of 2 secondary schools. This had a section initially which got the crown jewels damp. I did like this section as there were old printing rollers, possibly from adding images to the fabric produced as well as a collapsed section probably from the demolition of the mill, a Heath Robinson repair having been done!

Orb Mill has an interesting history; C4 Time Team even did a dig here. The culvert is mentioned and who knows they may have caused the damage?

“Evidence of the force of the great flood of 1927 was uncovered when archaeologists excavated the Orb Mill site at Waterhead. At the Orb Mill, earmarked as the site for the new academy to replace Counthill and Breeze Hill schools — but now subject to the latest Government spending cuts — a culvert beneath the building burst its banks and part of the mill and local cottages collapsed.

The experts from L-P Archaeology, advisers to Channel 4’s “Time Team” programme, are compiling a report for Oldham Council. The survey was one of the planning conditions for the new academy.

Their five-day dig opened a series of 30-metre trenches over the Orb and neighbouring Newroyd mill sites, the Sunday School building associated with the local Methodist Chapel, and the site of the Paulden Wood Colliery.

Blair Poole, one of the archaeologists, excavated the watercourse where the River Medlock was diverted to power the Newroyd Mill, which was built in the 1820s, and demolished in 1970.

He said: “We found four or five bricks in part of the stone wall at a funny angle, where buildings have basically been damaged and taken with the flood.” His colleague, Claire Statter, said although most of the site was cleared when the mill was demolished, sections were very well preserved. She added: “We excavated the rear wall relating to the Sunday School, however. it had also been disturbed during demolition.

“Orb Mill revealed the most interesting areas of archaeology. We saw the foundations for the main frontage of the mill building, and a very well preserved brick floor which would have been within the mill itself. This floor later had concrete pads inserted into it to act as a base for large machinery. To the rear of the site we also found a brick structure which is thought to be part of the engine house or at least the power system for the mill.

To the north-east corner of the site we found a large stone wall which would have formed the southern side of a large water course, seen on the 1892 map.
Evidence for the colliery was restricted to a dumped deposit of waste associated with the mining that took place on the site in the 18th to late 19th century”

Image 7 – Time for the Crown Jewels to be dunked!! 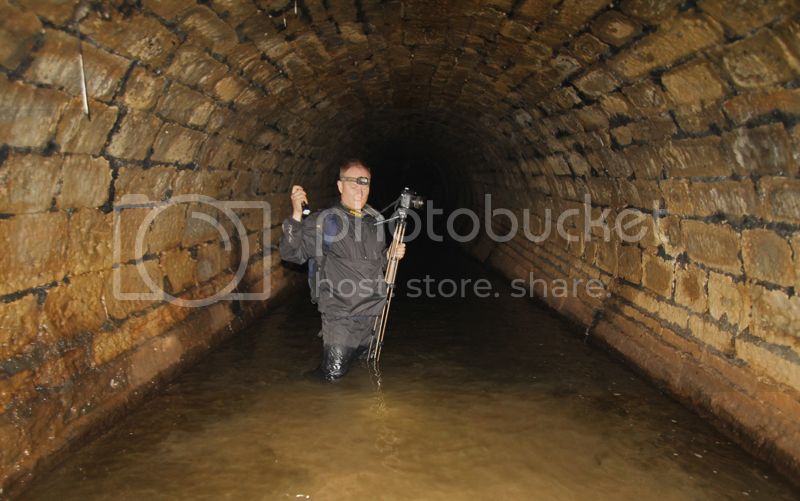 Image 8 – I thought it was worth the dip as again it soon opened up into some interesting passages. 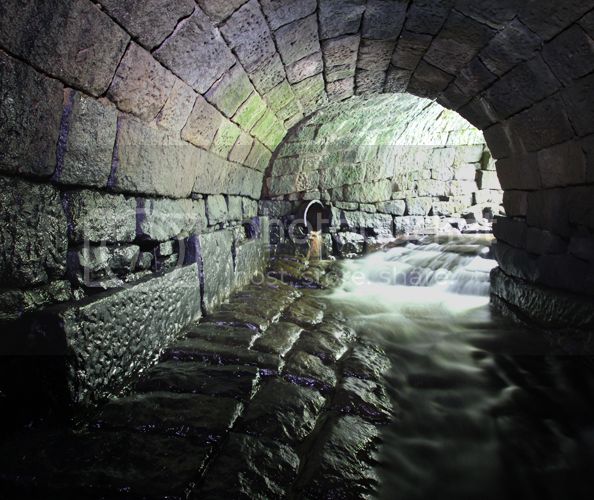 Image 9 – Bits and bats of the mill and general detritus within the culvert. 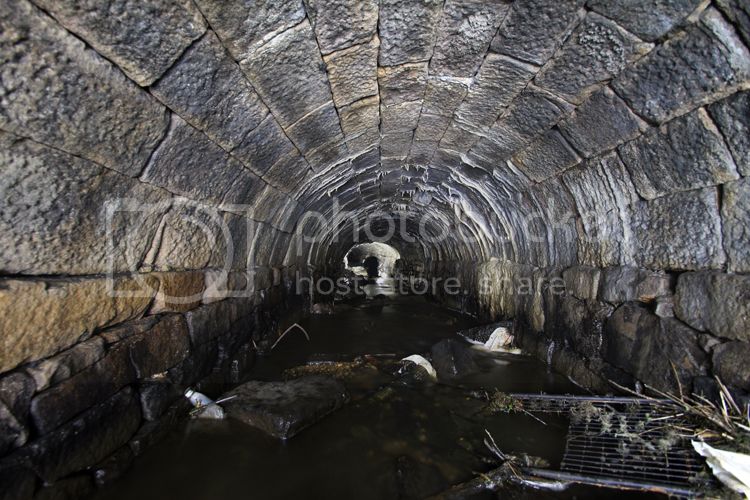 Image 10 – Change of section profile within this section of the culvert. 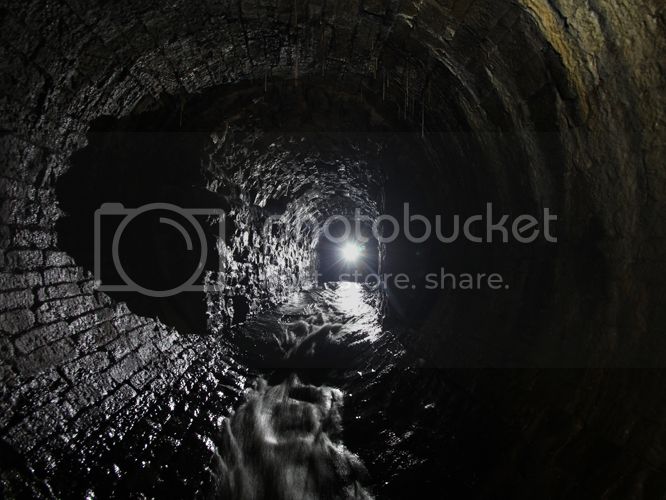 Image 11 – Well now for the Majestic Mill section; not so majestic these days as the chimney has been demolished, but the culvert does run underneath it. A bit of soft silt to start with and a whiff of fresh, Ojay was in his element.

Majestic Mill, Waterhead is a cotton spinning mill, Oldham, Greater Manchester. It was built in 1903. It was taken over by the Lancashire Cotton Corporation in the 1930s and passed to Courtaulds in 1 964, converted to ring spinning on 1971. Production finished in 1982. It’s currently still in use. 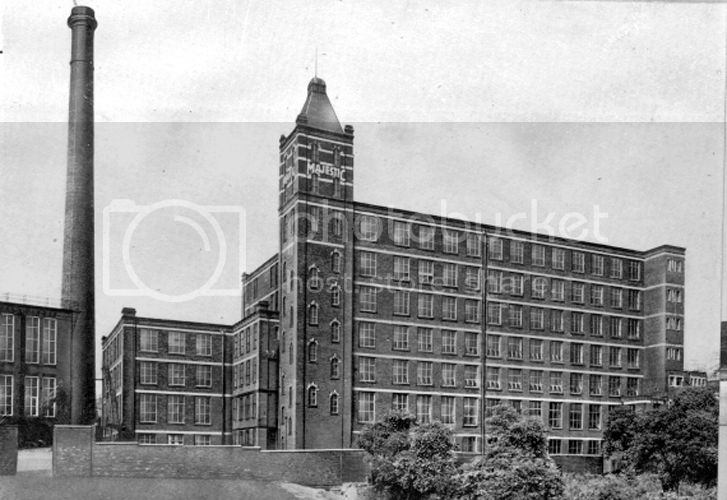 Image 12 – Top end of the culvert after passing some huge fish and 2 bemused ducks, which I think didn’t know there was another exit as they bounced off the walls trying to escape us. 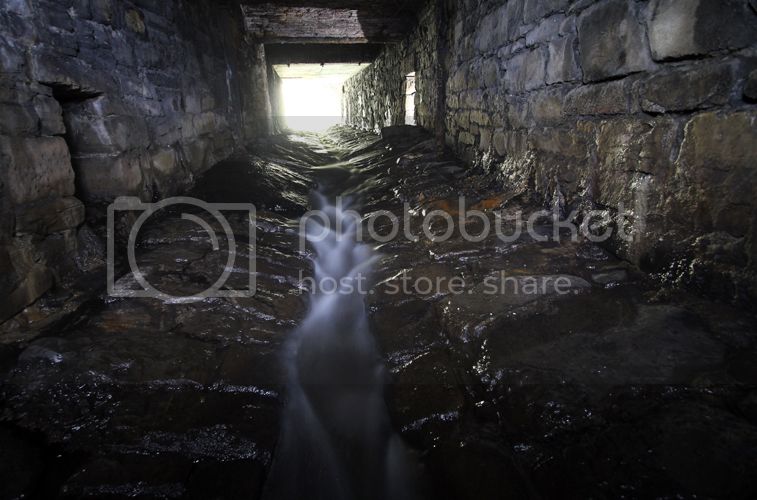 Image 13 – Near where the fresh enters the culvert, Ojay had a big grin on his face at this point (sad man).

Image 14 – The fresh; supposedly very unusual, but good to see 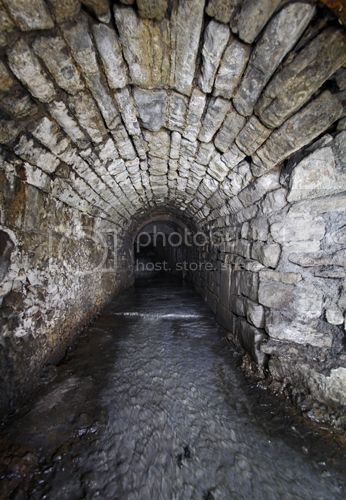 Image 15 – Me finding some fresh air on the way out, 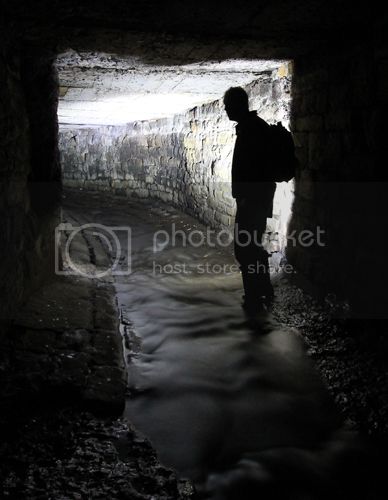 Image 16 - Ojay running the walls of the culvert as he had found some fresh! 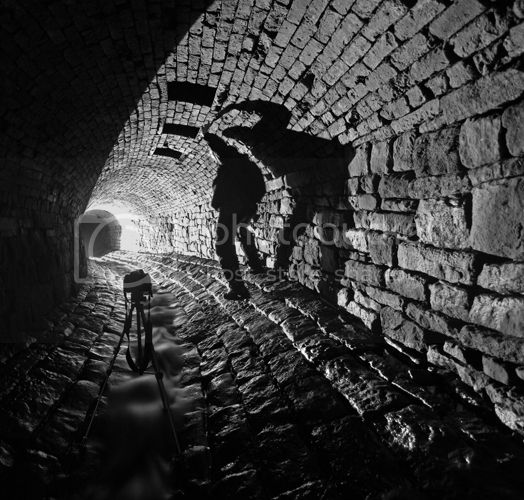 Image 17 – One of the 2 sections below; this is the most interesting, although very short. The other section is essentially a culvert under a disused railway line and stoop central. 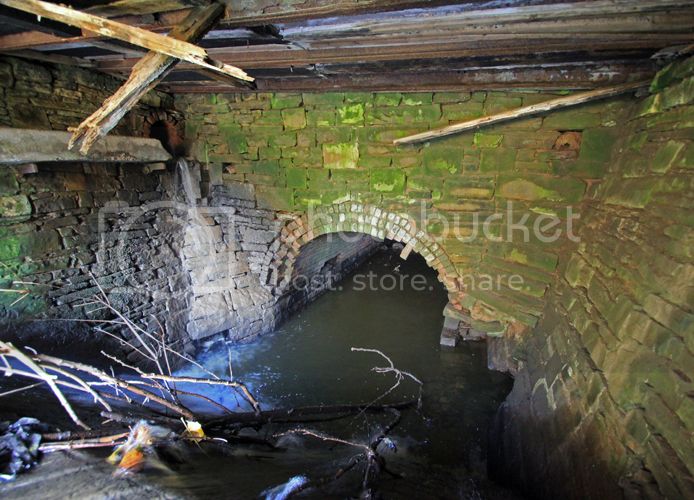 A cracking day out; and far better than sat watching the Jubilee. I have been meaning to get my arse down here for a bit and glad it didn’t disappoint in the end

Well impressed and fair play going in those places, I did like the fourth photo. Spot on.

I thought the newspaper report said it was a new culvert you.... oops... they had been rescued from?
T

Cheers guys, I did enjoy this one


TeeJF said:
I thought the newspaper report said it was a new culvert you.... oops... they had been rescued from?
Click to expand...

I did have some concerns when I first heard of this, thankfully just a couple of pissed up youths playing around after a night out. I've been keeping an eye on the new members just incase a report turns up

That was good thanks for sharing.

some very atmospheric pictures there mate really nice post thanks for sharing.

Really enjoyed that, thanks for posting

great report, fantastic pictures. Thanks for Sharing this