It is one of Manchester's most recognisable buildings! As a result of this, it attained Grade 2 status in 1998!
Situated in Fallowfield, is the Hollings Faculty that was part of the Polytechnic and hosted the Home economics department. This fact and it's distinctive shape led to it being called the 'Toast Rack'
It's Brutalist design that was completed in 1960, and for it's age - it is in very good condition.
It was renovated in 1994 and the refectory was upgraded and lost it's name of The Fried Egg due to it's shape.
In 2013 it closed it's doors for the last time as the department moved to All Saints, a district that homes part of the Manchester University campus.
So it sits empty with the front section of the facility undergoing demolition, it is for sale with the hope of a quick sale and renovation.
On hearing this news - I had to take a closer look.
I went with a friend and were soon on one of the two main stairwells. It was a stark reminder of just how unfit we were as we reached the top and quickly found ourselves on the roof! It was a stunning 360 Degree view and with light fading, the city lights shone bright.
Internally, it has got a few signs of chavs. Some actually passed near us at one point but didn't see us. There is no sign of copper theft above the first floor and it all seemed to be in very good nick.
We finally left after four hours and still had not covered the whole site, the rooms were all empty and increased in size quite considerably as we worked our way down.
So, on with the pics! 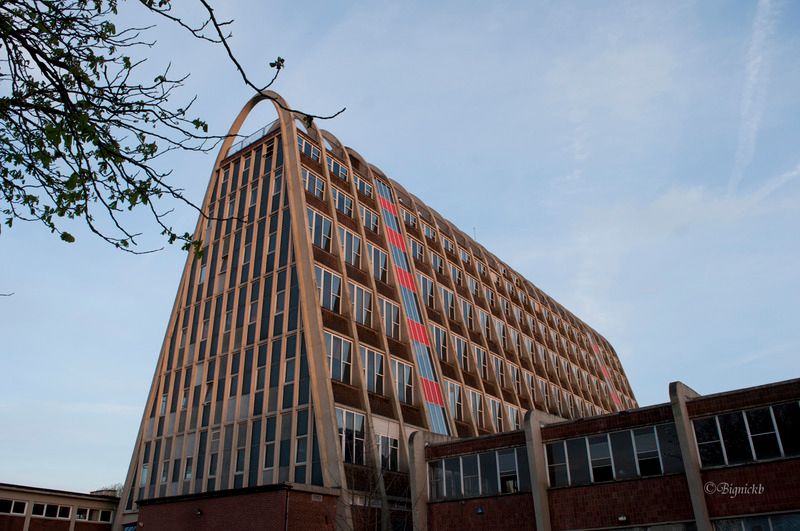 A Scanner in a Chemistry Lab - which was populated with only German signage! 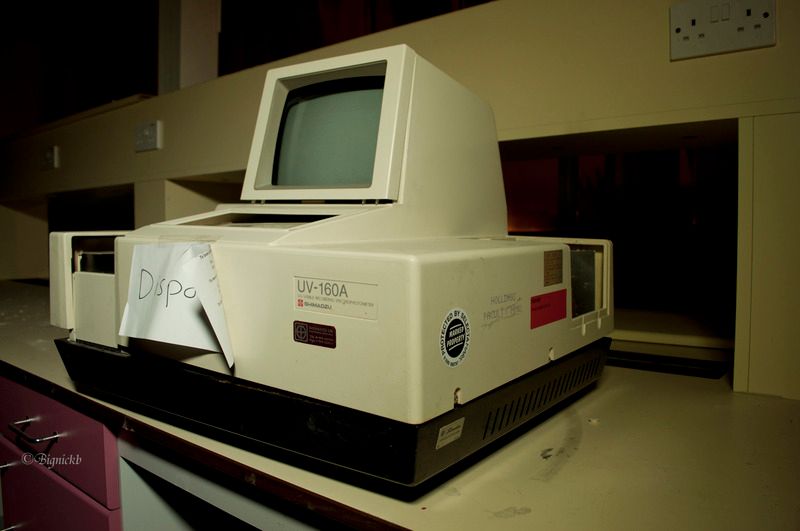 Lecture room! This one had a couple of Port holes so visitors could look in. 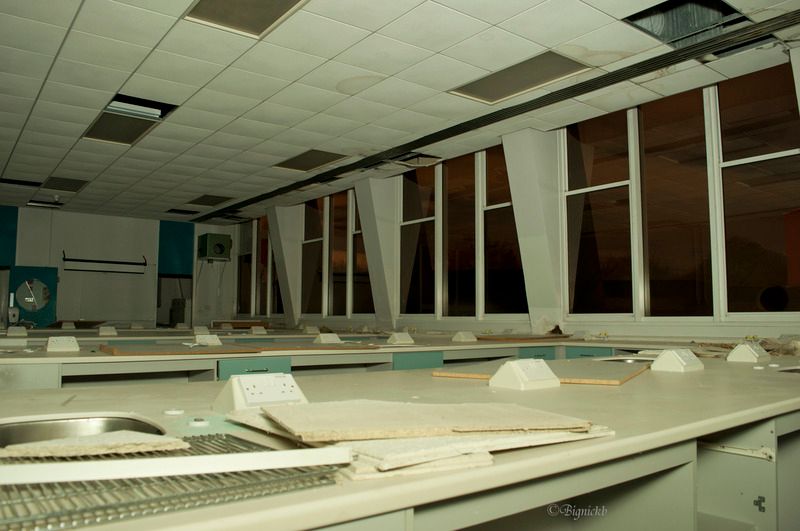 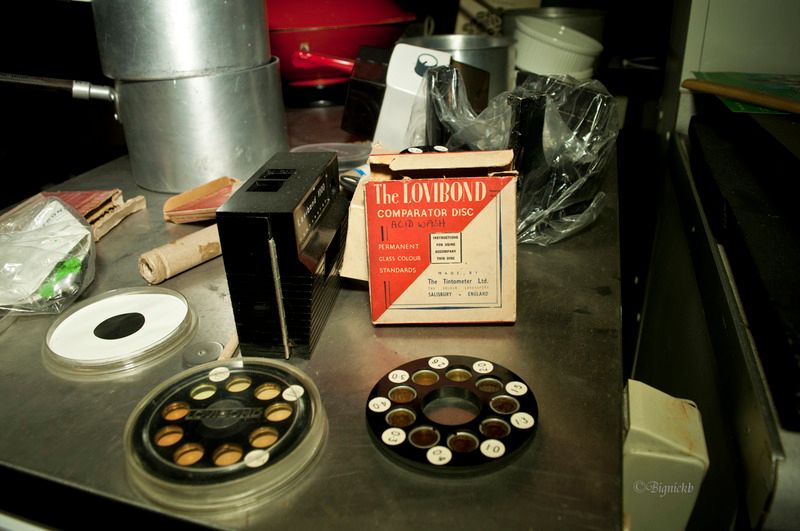 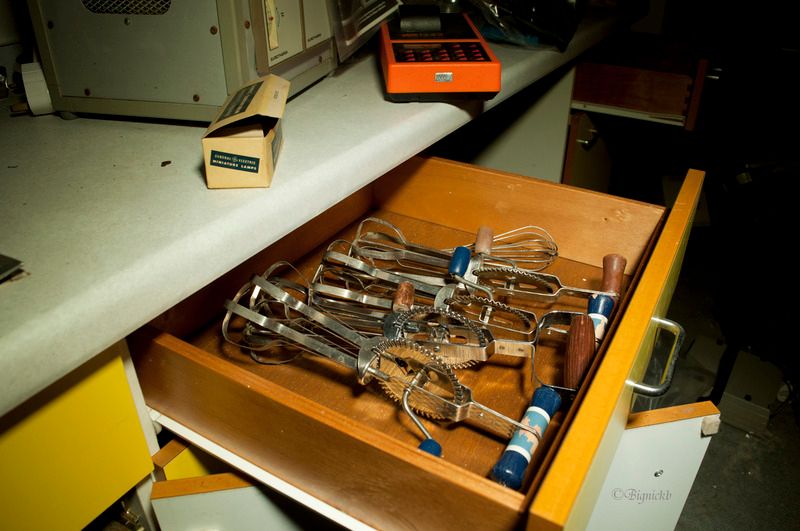 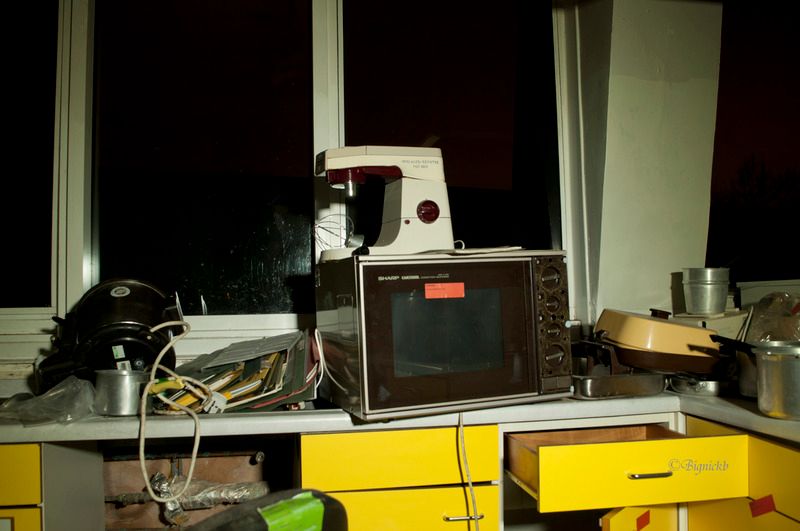 Thermometers for both sides of the Atlantic! 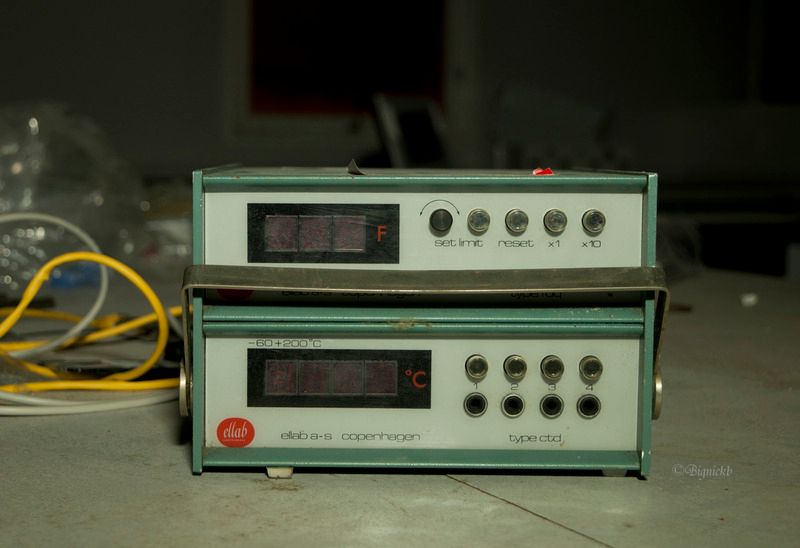 Presentation VHS Tapes! One was for Emirates Flight Catering! 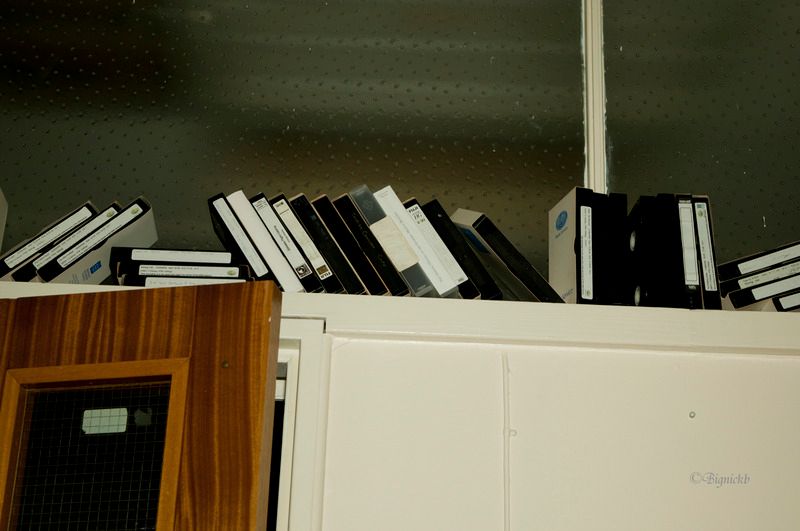 Exactly as we found it! 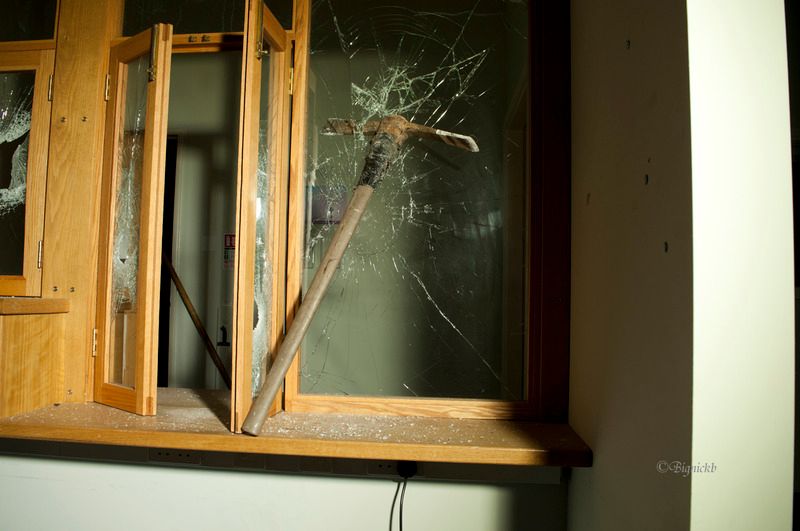 Floor guide! It has 7 in all but why do they need the SAS here? 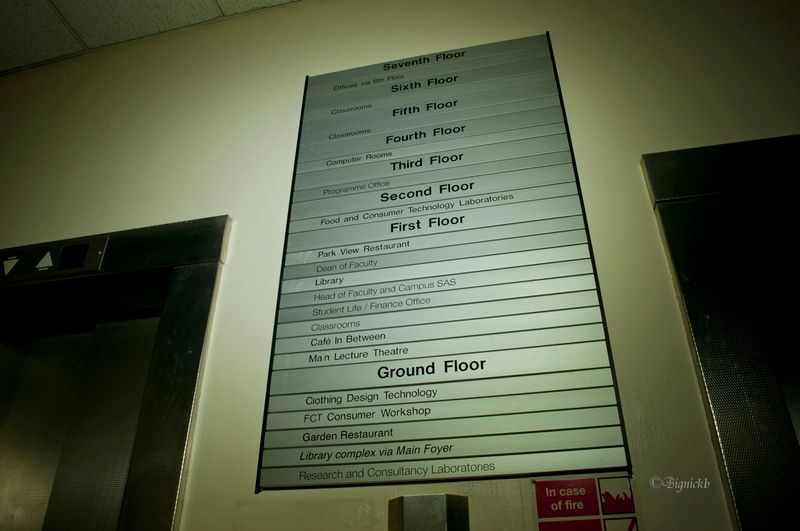 Old switches in a side room. 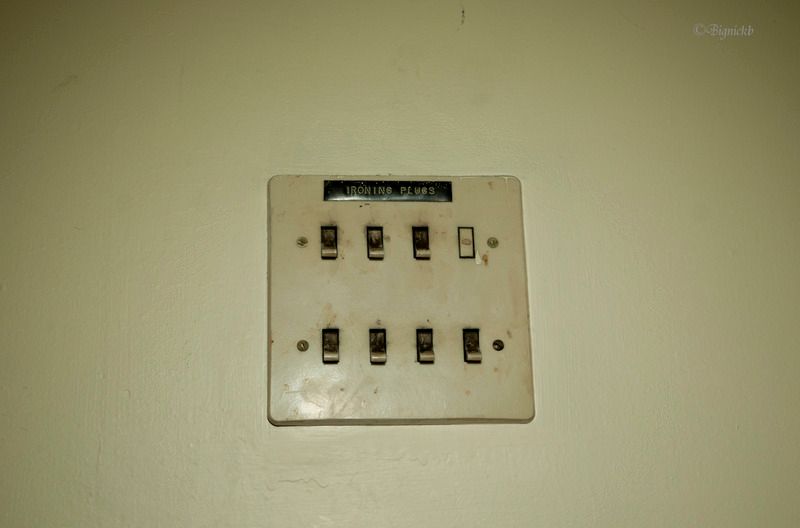 Original plans of the building! There were loads of these dating back to the 50's! 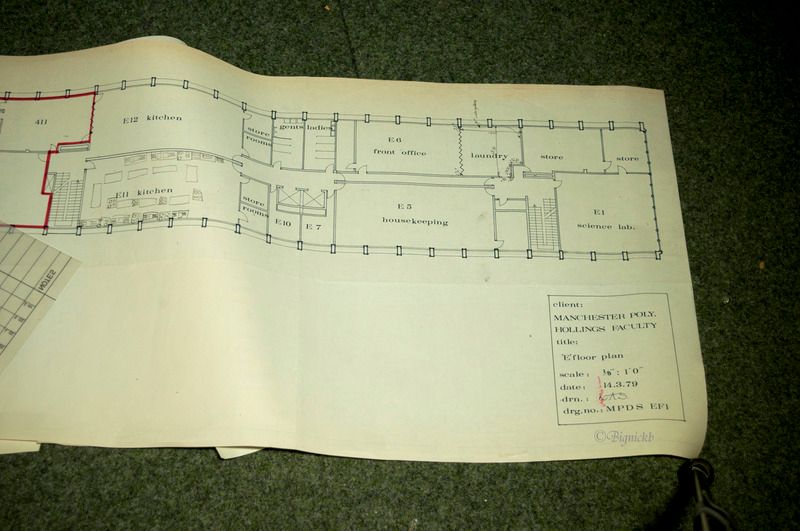 A presentation room with 3 light sources! 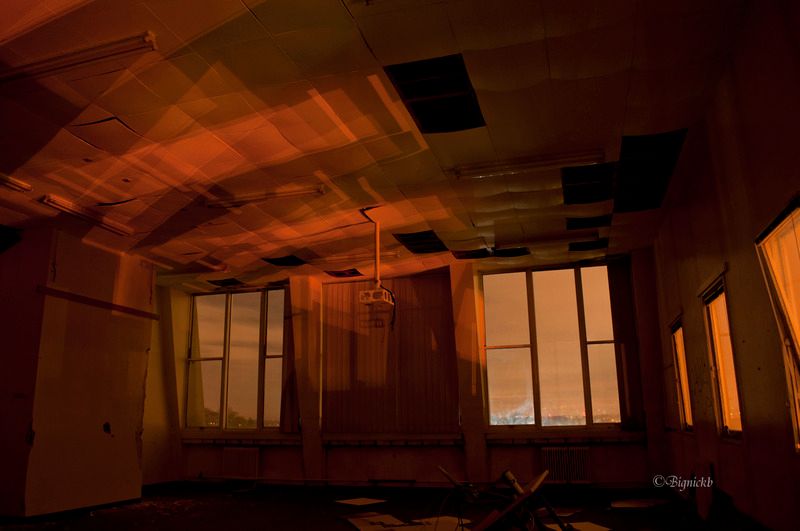 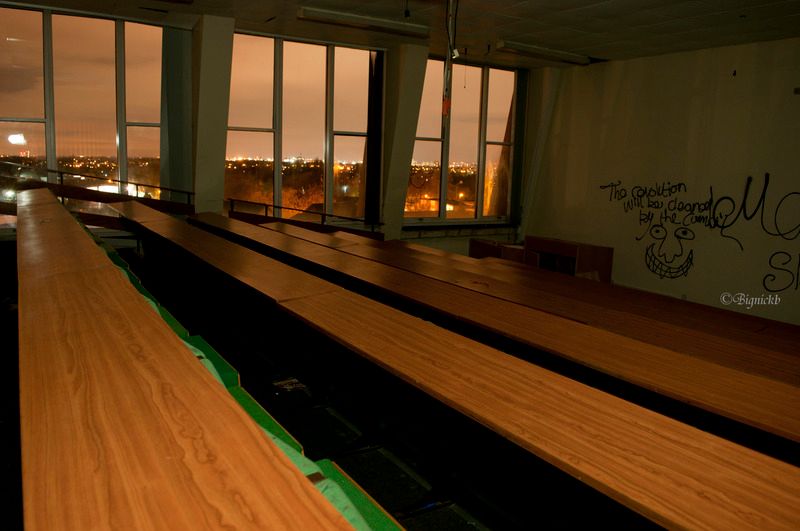 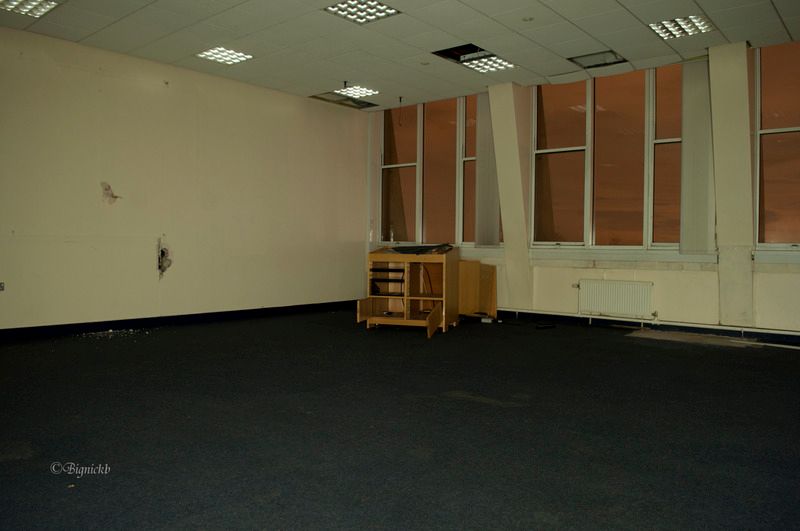 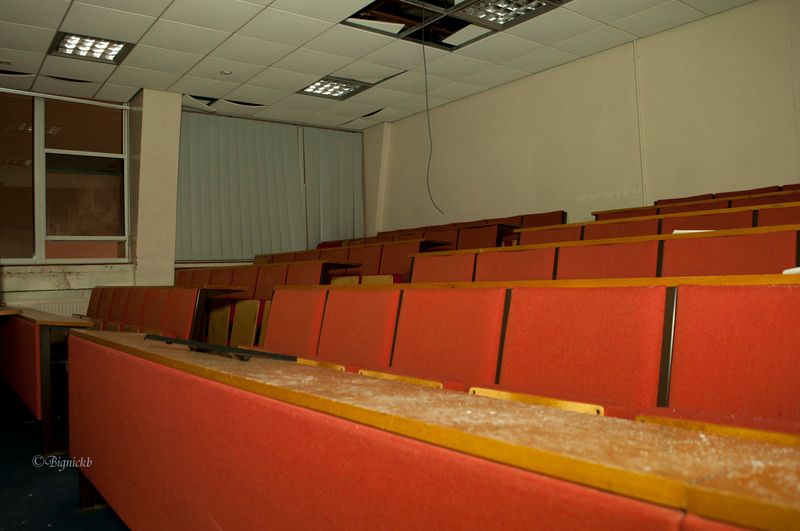 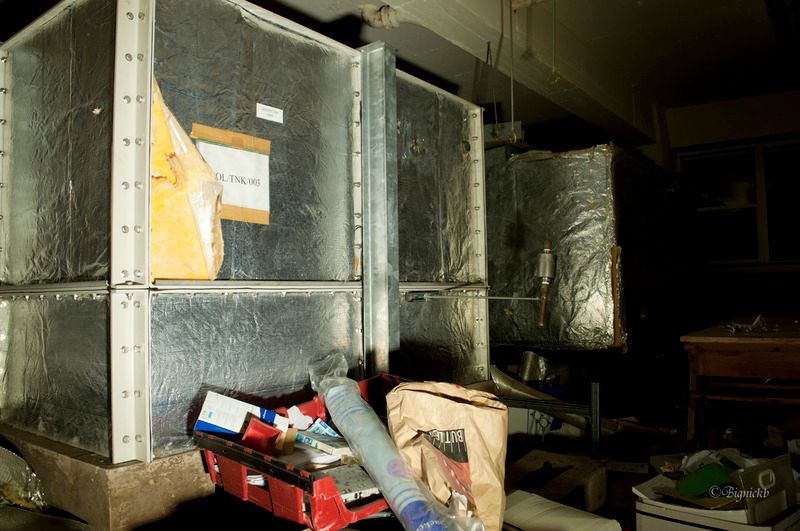 One hell of a view! 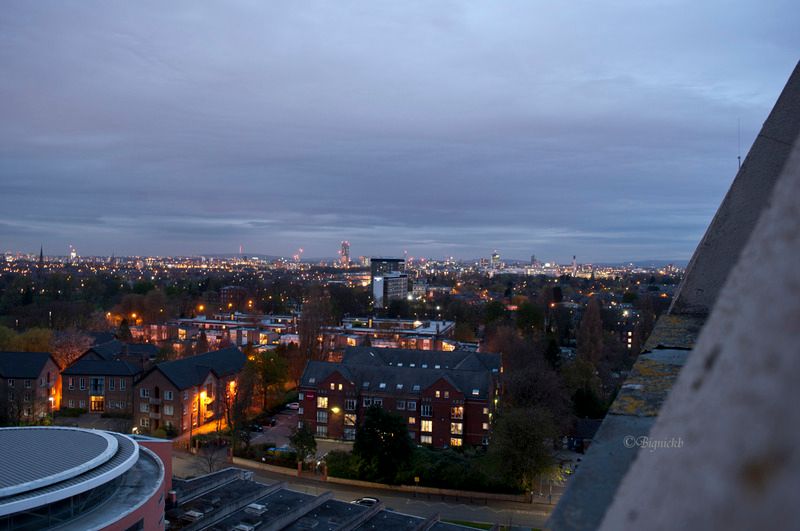 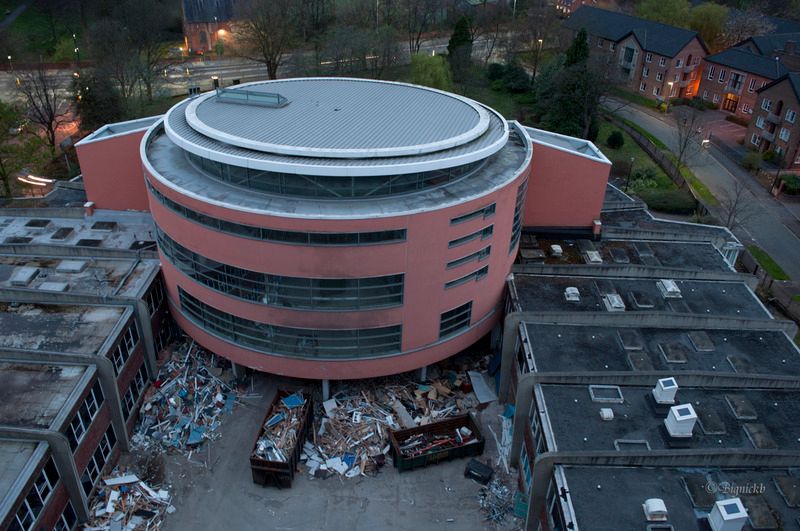 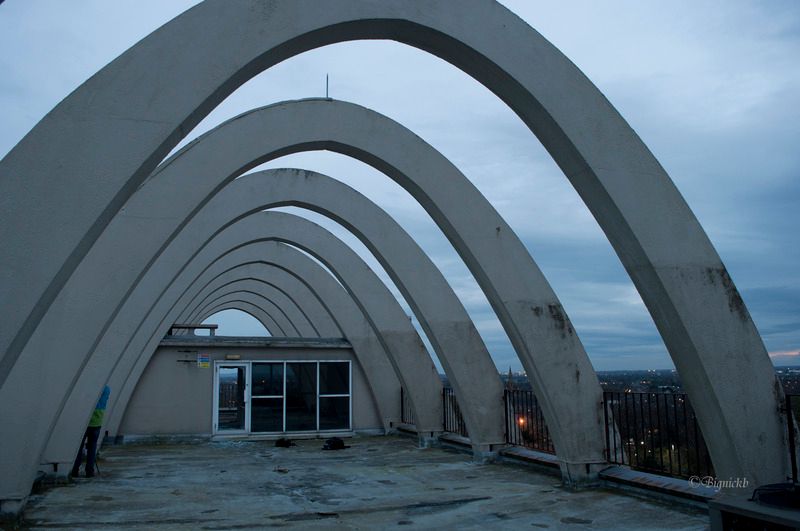 Great report that. Shame they are knocking this down as it does have a bit of style about it. Well done for getting in there and recording it before it goes. [Edit: scratch this comment - read your report properly now!]

HughieD said:
Shame they are knocking this down as it does have a bit of style about it.
Click to expand...

They're not, it's Grade II listed, they're just knocking down the buildings around it.

I liked that building far too nice to nice to demolish, so well done to Manchester CC for preserving it.
Great report and pics Bignick, Thanks

The toast Rack is very suitable name! Great report, looks like an interesting mooch. Thanks!

I used pass this every now & again when my family drove into Manchester, but not for a long time now.

I love Brutalist architecture I find its very underrated! Great first pic, and it looks like there's some interesting little bits left behind...glad you didn't bump into the nutter with the axe

Its great that its been Listed too, I can't say that about many modern buildings but Brutalist most def
T

Always loved this building when I lived in the area - thanks for the pictures!

Cool spot. Very different. Doesn't look too wrecked either. Thanks for posting.

What a fascinating building, Toast Rack well named. I take it has long departed but great pictures anyway!
V

thanks - I remember this building going up - it was considered very futuristic - and I had a friend who studied home economics there in the 60s, she was very proud of it.
You must log in or register to reply here.