1. The History
Middle Peak quarry lies just to the south of the Cromford. Quarrying first began here in the 1790s predominantly as a source of fluxing stone for the Midlands' iron and steel works, then latterly as a major aggregates producer. The site closed in 1992, although there are still intermittent workings of the area. Ownership of Middle Peak involved up to as many as forty separate landholdings. The eastern scarp was defined by the lower road between Wirksworth and Rise End, Middleton (current B5023) and a parallel upper road slightly to the west, running from Greenhill along the top of the scarp also to Rise End. In between the two roads was the long sliver of land that was quarried, which can be seen in the 1938 OS map below. Eventually the western road was obliterated as the quarrying pushed westwards (see recent Google Maps image). 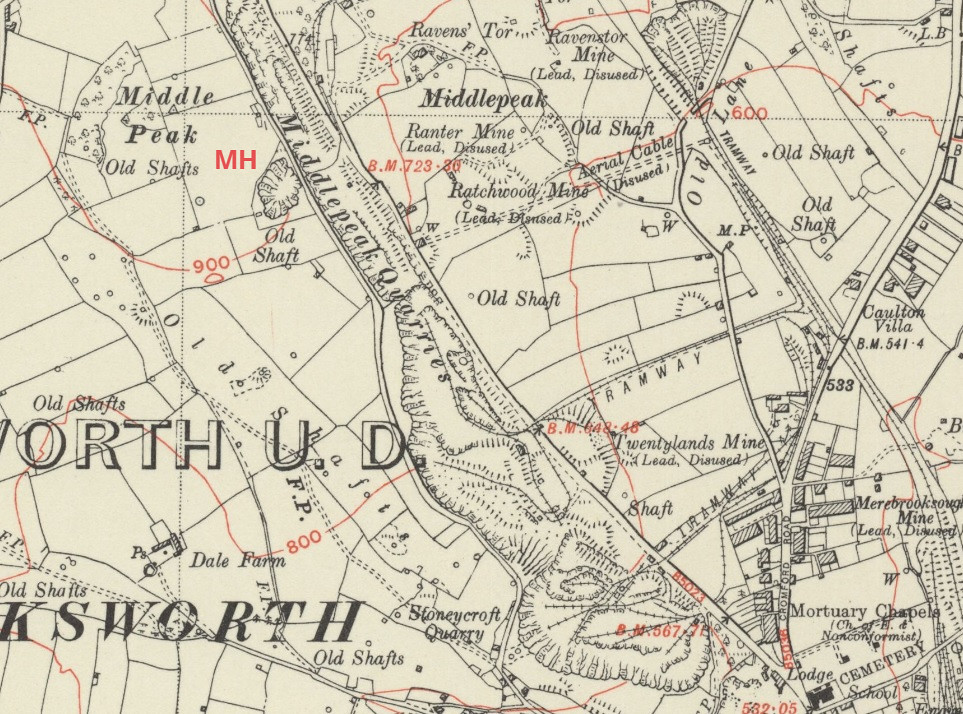 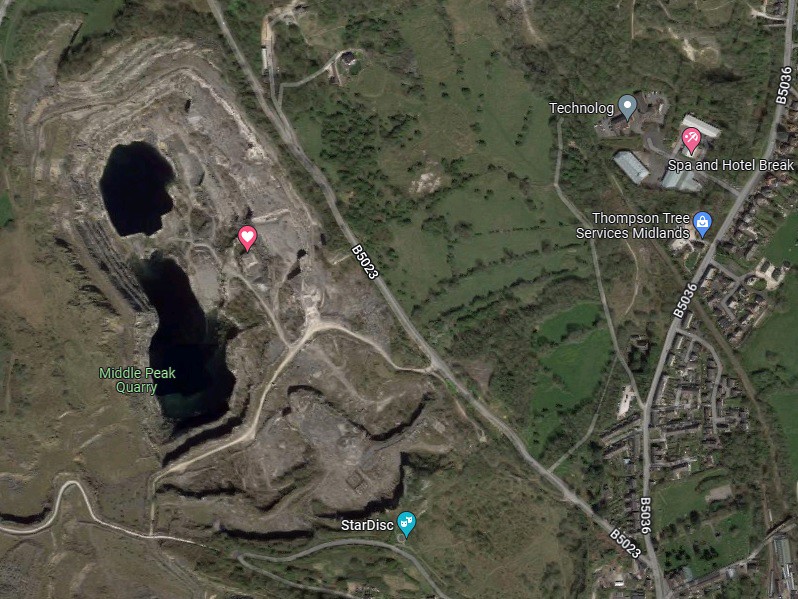 Shortly after 1830, John Shaw began lime burning on the west side of Middleton Road and the resulting lime carted to the Cromford Canal for onwards transportation. Records from 1857 lists Middle Peak as a 'Mountain Limestone' quarry producing stone for fluxing in iron furnaces. In July 1876, Shaw reached an agreement with the Midland Railway to provide a direct connection to Middle Peak by an extension of the Ecclesbourne branch line beyond Cromford Road. The gradual extension of the various quarries eventually coalesced to form Middle Peak Quarry, which revealed outcrops of Hopton Wood Stone.

A small, isolated quarry just to the west of the upper road known as Monkey Hole Quarry had been sunk into a small triangular copse was sunk sometime between 1879 and 1898 on the gently rising plateau, beyond the upper road. As the tightly confined 'hole' style quarry was progressively deepened, access was gained via a horizontal tunnel driven through the western face of Middle Peak Quarry. Hopton Wood Stone Company had the lease for Monkey Hole Quarry in 1904. Laterly, the upper road was carried over the Monkey Hole quarry entrance by a small arched bridge, indicated by the MH label on the OS map. The name is said to have originated from a travelling Italian organ grinder who used to entertain the quarry workers by dangling a rope from the top on which a monkey would perform tricks and in turn, collect money. Legend has it that, one day, the rope broke bringing the unfortunate monkey to an untimely end. In 1956 the Monkey Hole briefly took on a new purpose. Tube maker Stewarts and Lloyds used it to test its tall electricity pylons it was producing for the rapidly developing National Grid. When operations were transferred to Chelmscombe, near Chedder, the bridge was blown up and the Monkey Hole was gradually absorbed into the larger quarry.

Over the first half of the 19th century a complicated network of connections was developed to link the quarries with the main railway systems. At the northern end, a siding ran via a level crossing (near the present Middle Peak Marble Works) directly onto the Cromford and High Peak Railway, initially to Middle Peak and was later extended into Monkey Hole. The date of connection is unclear although Sanderson's Map shows a wharf at the railway connected by a road or track to the quarry in the early 1830s. The old Middle Peak Quarries were served by an aerial ropeway from about 1905, locally known as the aerial flight (clearly identifiable on the OS map). By 1922 it was out of operation before being dismantled in 1931. In 1965, Derbyshire Stone purchased the quarry and after major development it became one of the largest and most advanced quarries in the UK. Three year’s later, in 1968 the quarry contributed blocks of stone to a new breakwater for Port Talbot Steelworks in South Wales. The quarry finally closed in late 1992, although production was briefly resumed in 1995, using a mobile plant, in order to meet the demand for road stone for the southern Derby bypass scheme.

Couple of pictures of the quarring infrastructure

Since closure the quarry has never been far from the news. It earned the nickname of the Blue Lagoon with people coming from far and wide to cool off in its clear waters, despite it being polluted and as toxic as bleach with pH level of 11.3 (bleach has a pH of 12.3). Around 2015, the waters at a disused quarry were dyed black to deter people from swimming there, after 15 fatalities in the quarry in the space of two years. The quarry hit the news again in June 2020 when it was hired by E & E Industries (UK) for filming for a new Star Wars TV series for Disney+. Unconfirmed reports suggested it was for the 'Andor' series, created by Tony Gilroy as a prequel to 2016’s Rogue One film. Other rumours pointed towards the Obi Wan Kenobi Star Wars spin-off.

2. The Explore
Had my eye on this place for a while now but never gotten round to do it. When we finally did, last June, we arrived only to find filming at quarry in full swing as a set for one of Disney’s Star War spin-off series, so we had to bail. Nine months later and second time around, the quarry was quiet and we easily made our way into the massive site.

In truth, there’s not a lot left in terms of the original quarrying infrastructure, bar some old concrete silos and an old hopper, but it matters not. The quarry itself is really impressive and photogenic in its own right and it’s easy to lose yourself here for an hour or so. Guess we’ll have to wait until the spin-off Star Wars series are screened to find out if it the quarry was graced by Ewan Macgregor or Diego Luna! 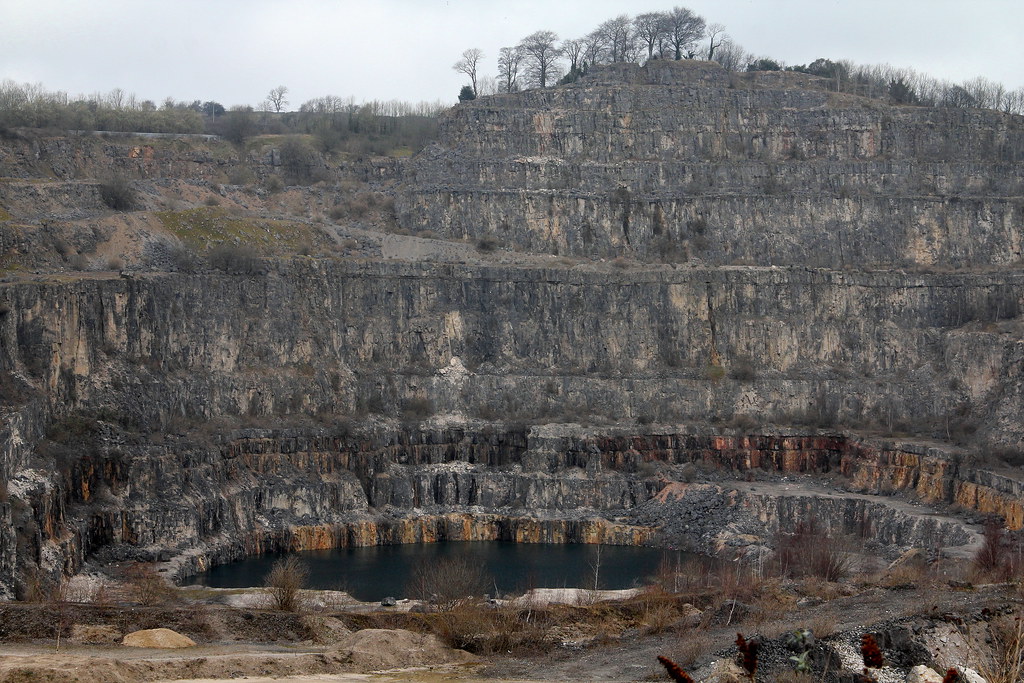 Looking down into the quarry from the south-east rim: 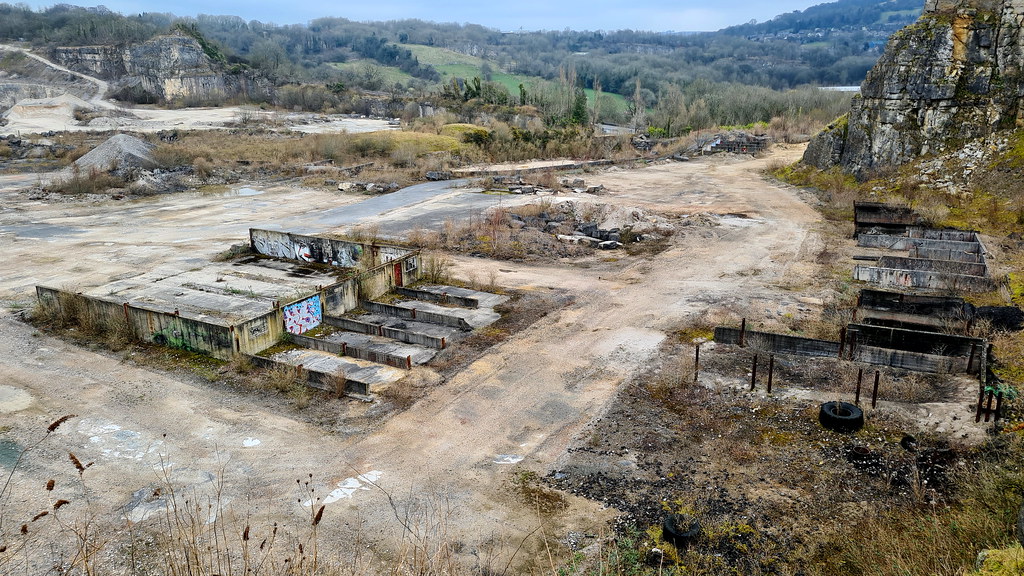 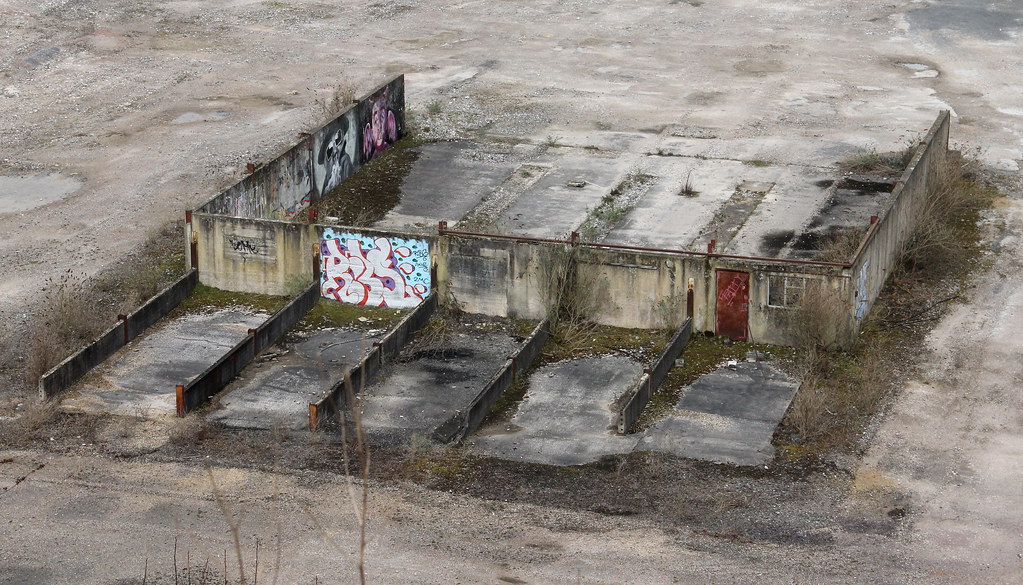 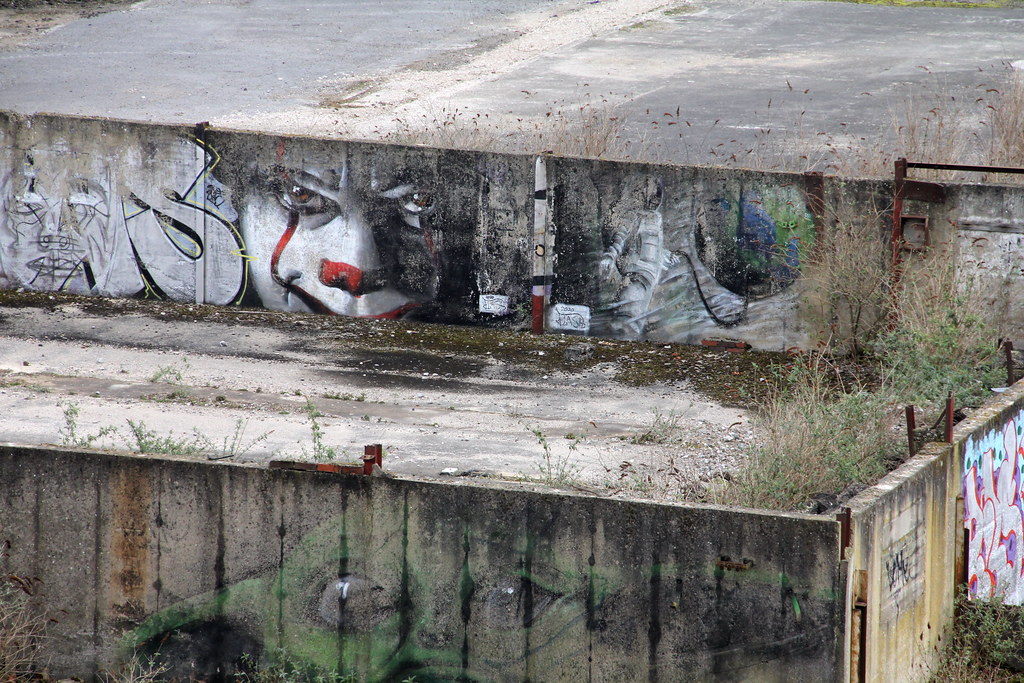 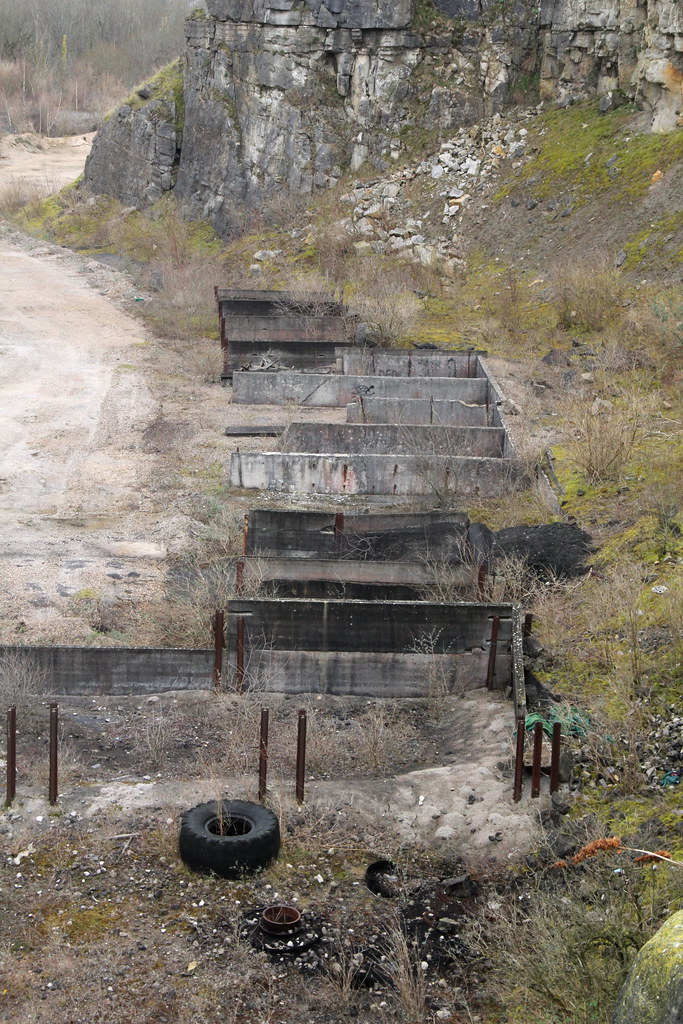 Some pretty decent graff to be fair: 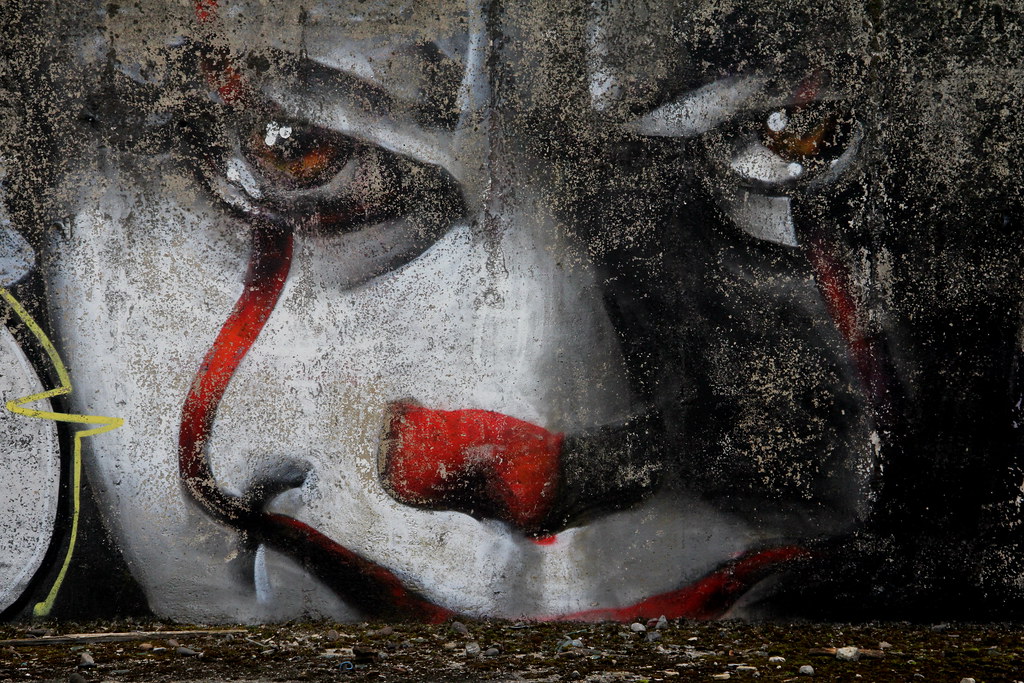 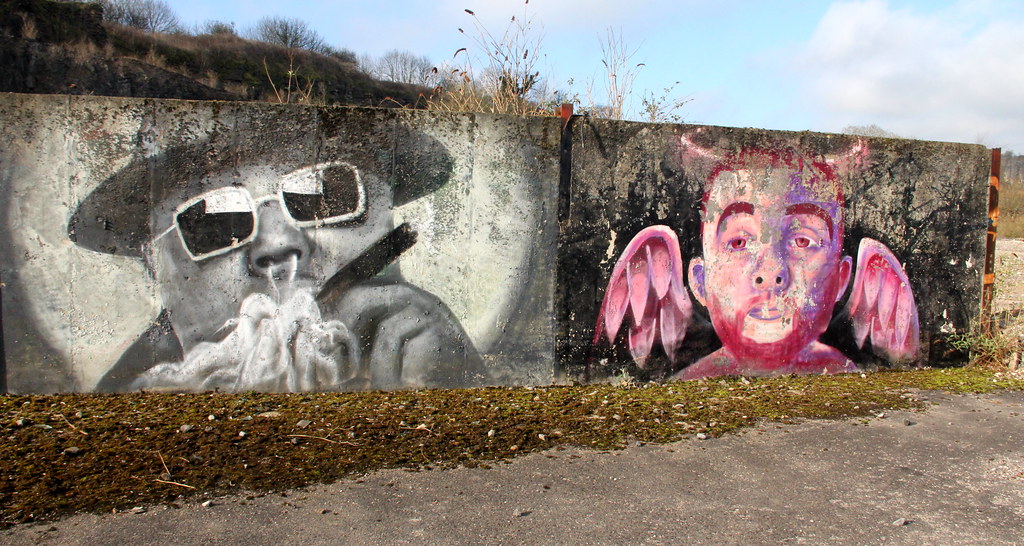 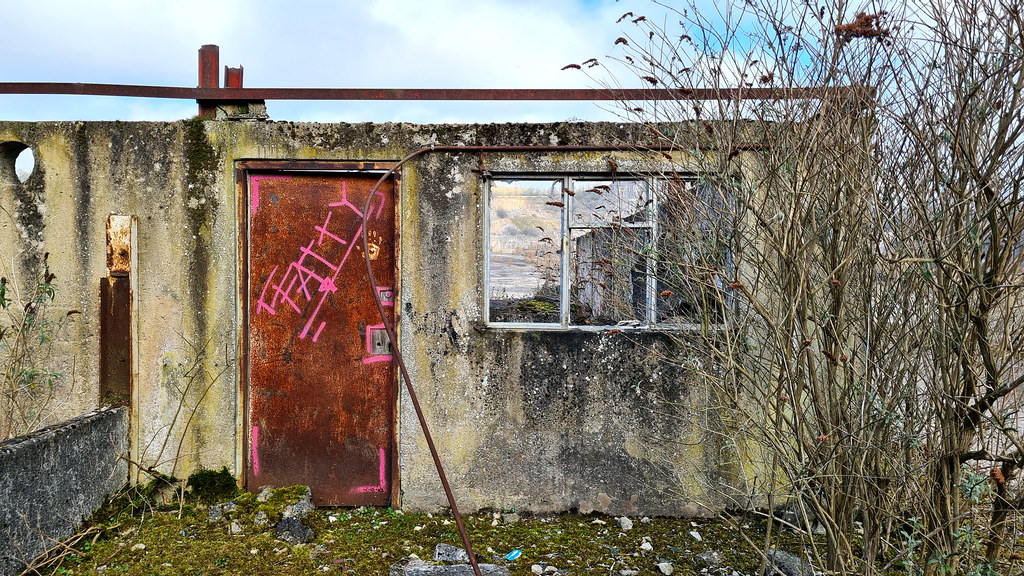 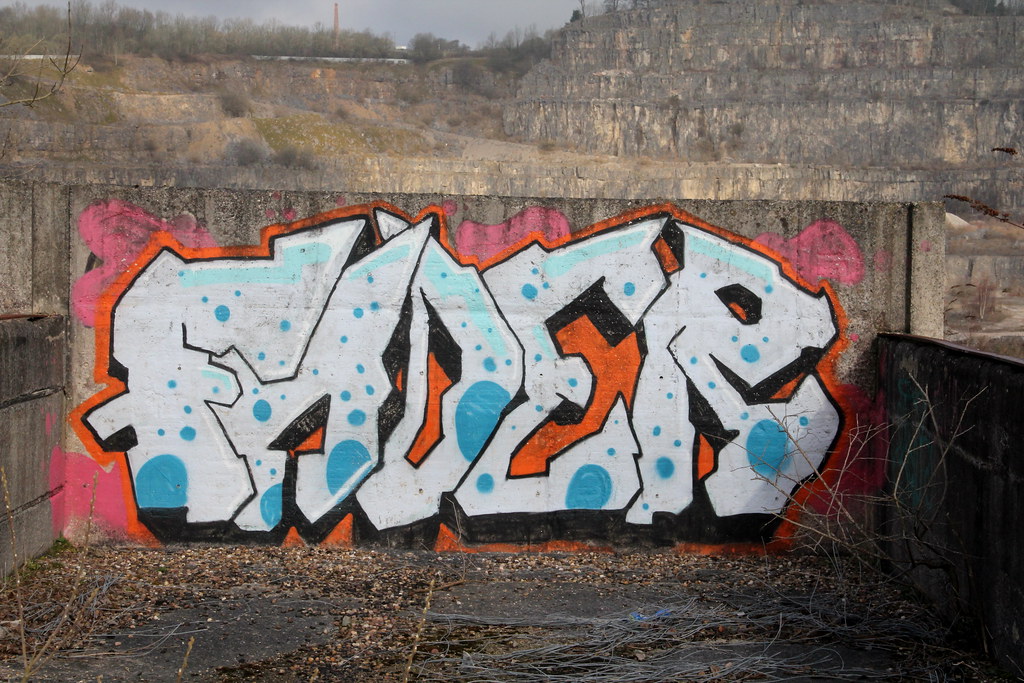 Remains of a hopper system: 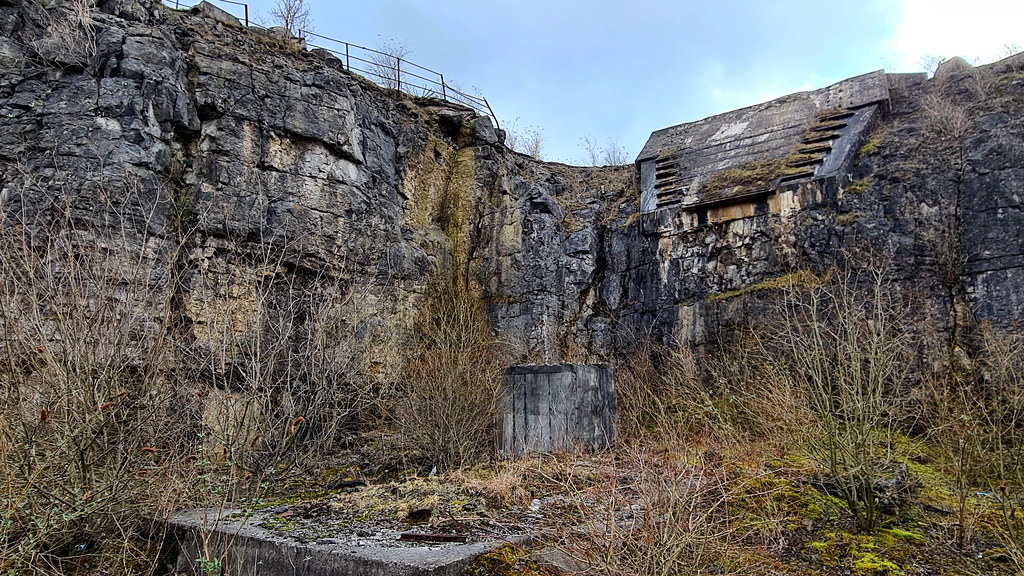 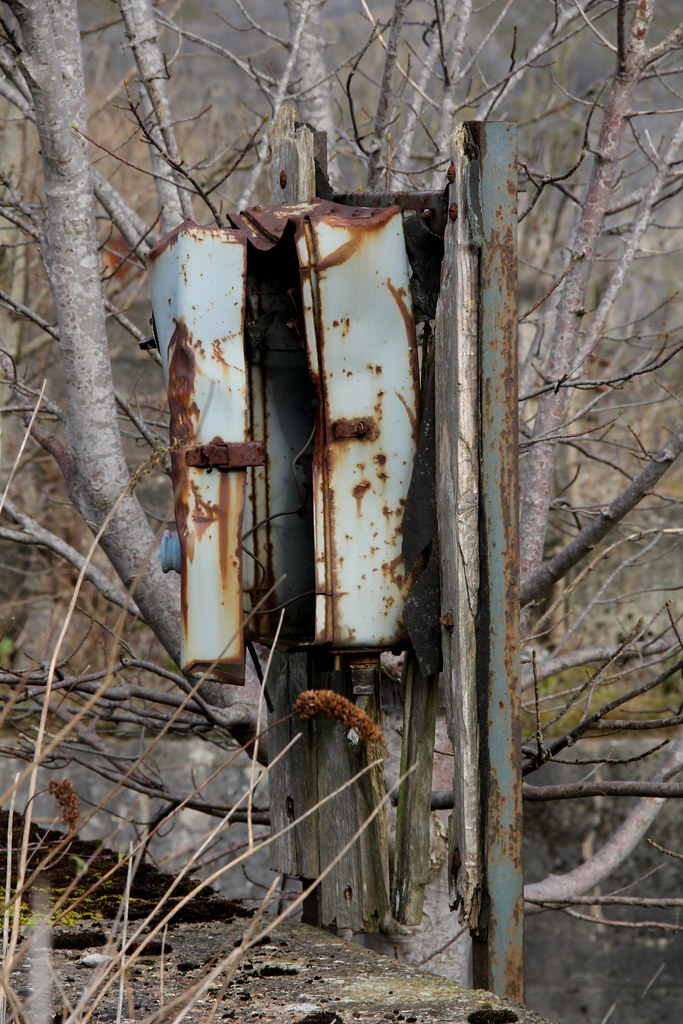 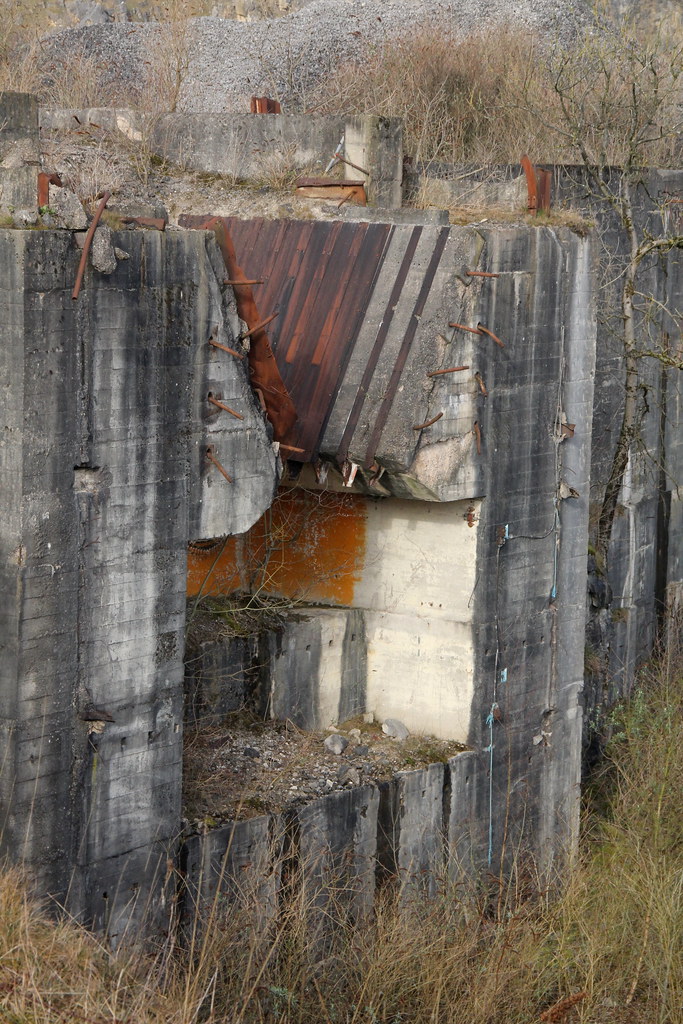 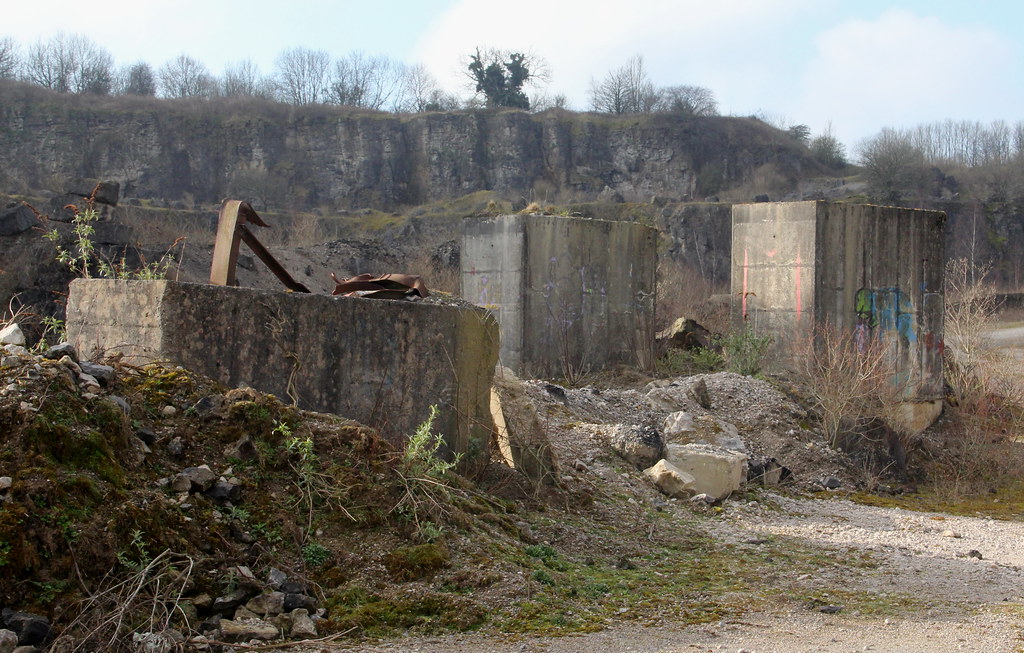 Northern face of the quarry: 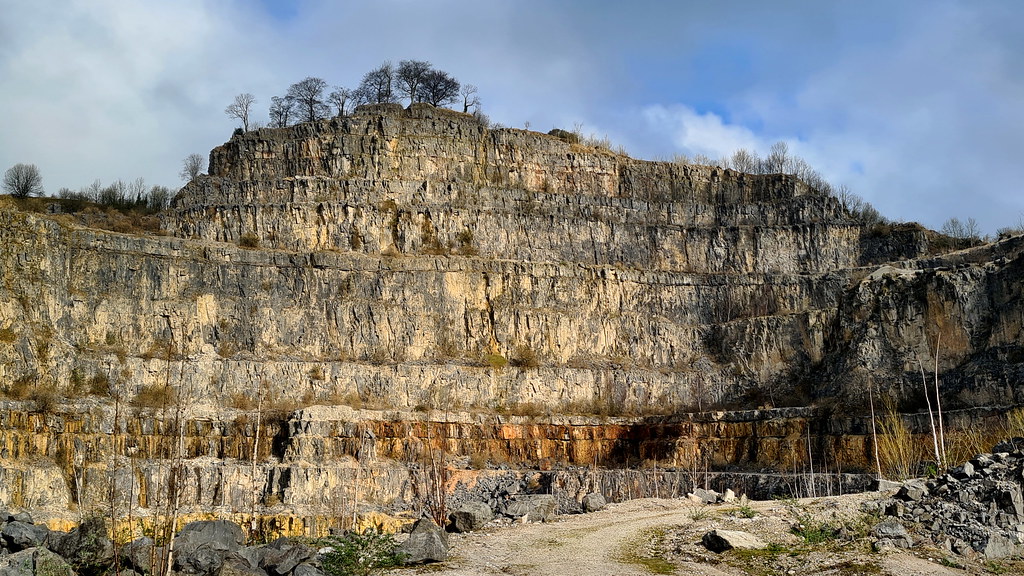 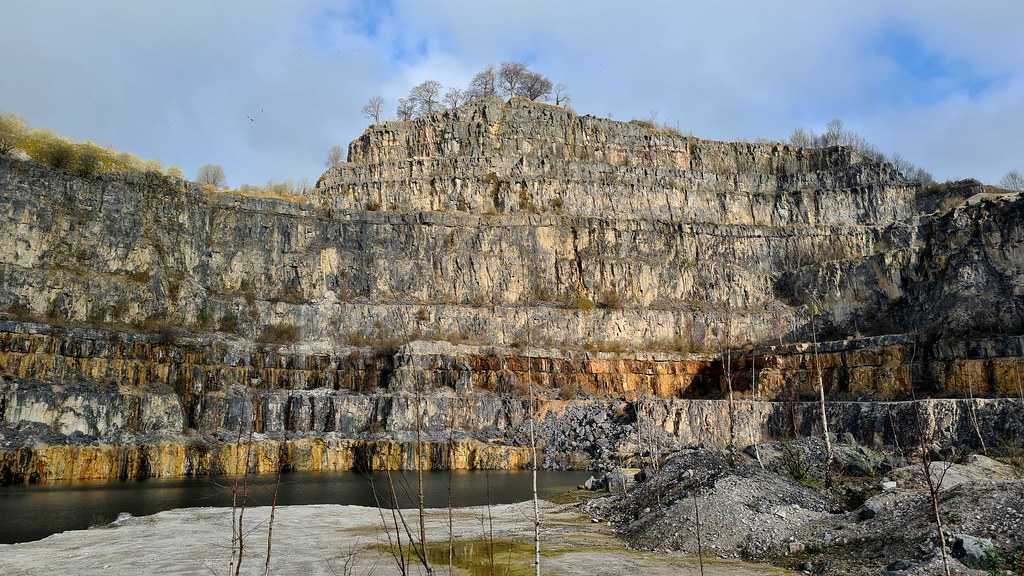 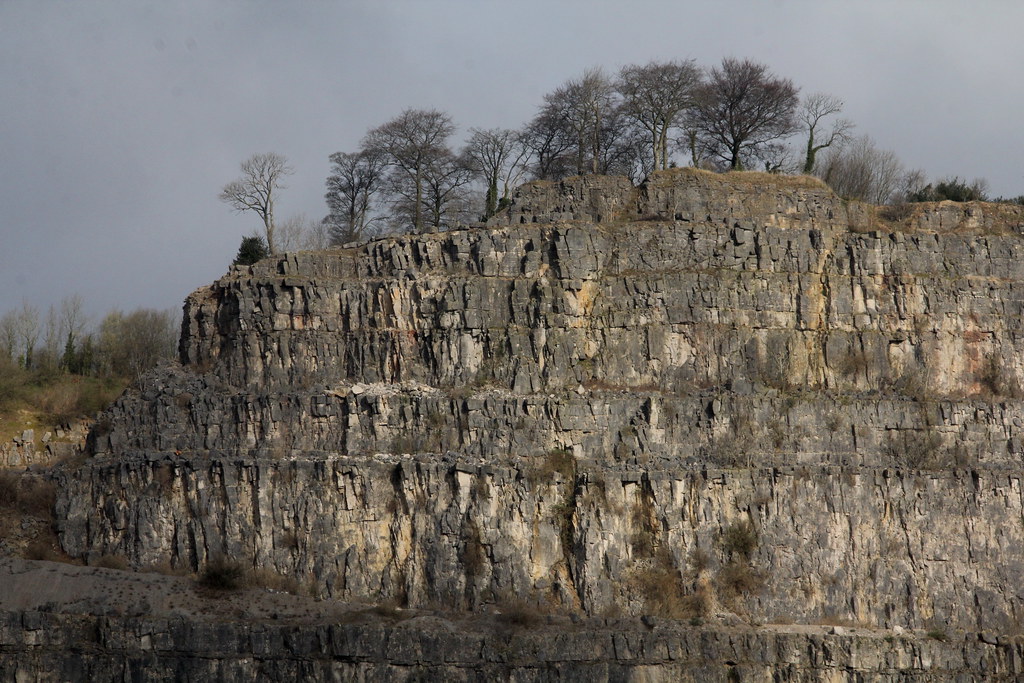 And down to the quarry floor: 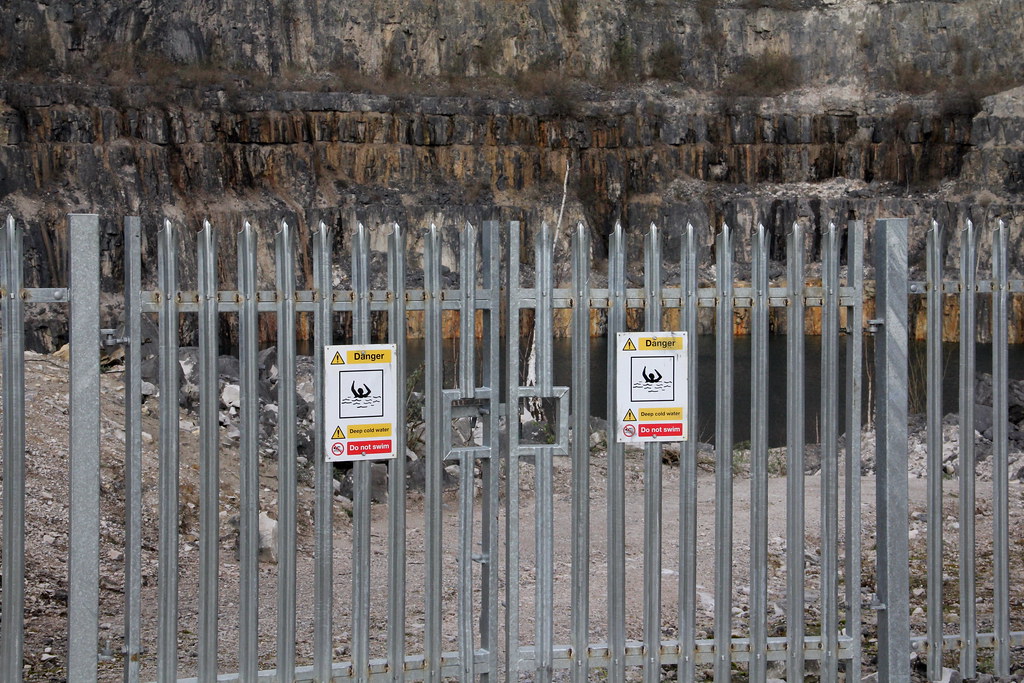 Down at the water’s side: 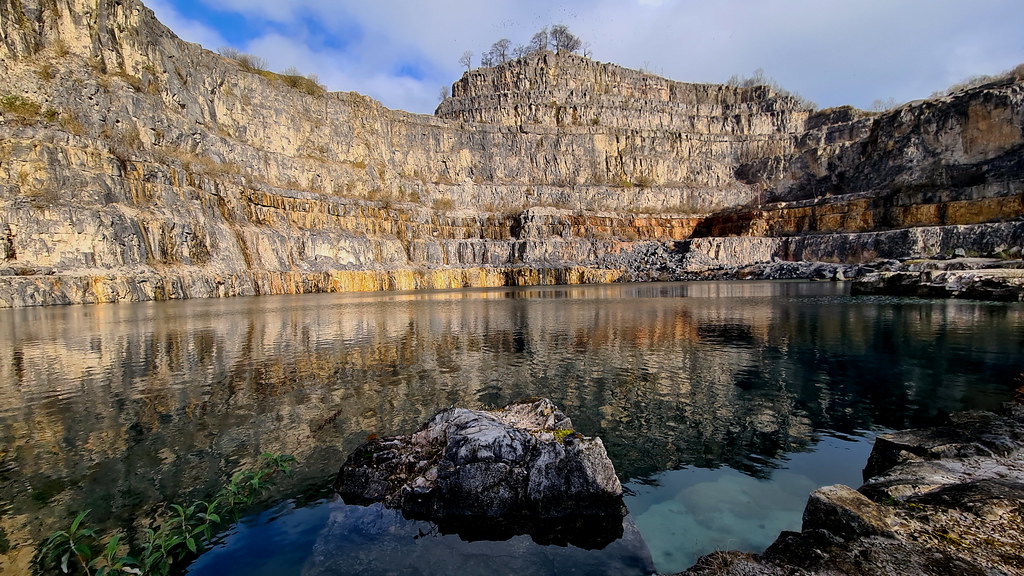 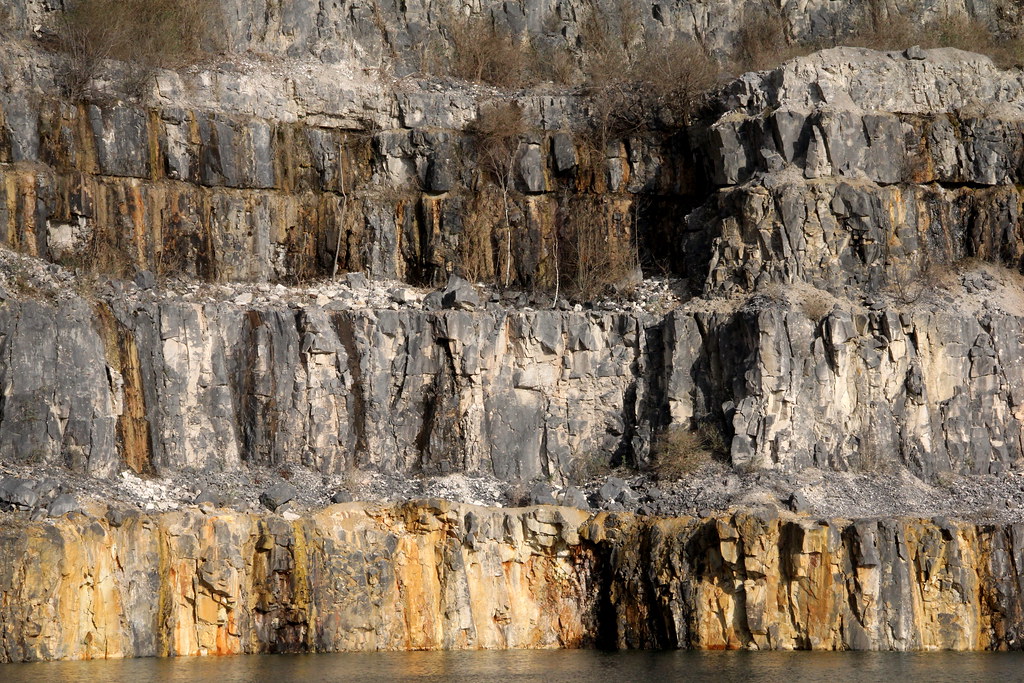 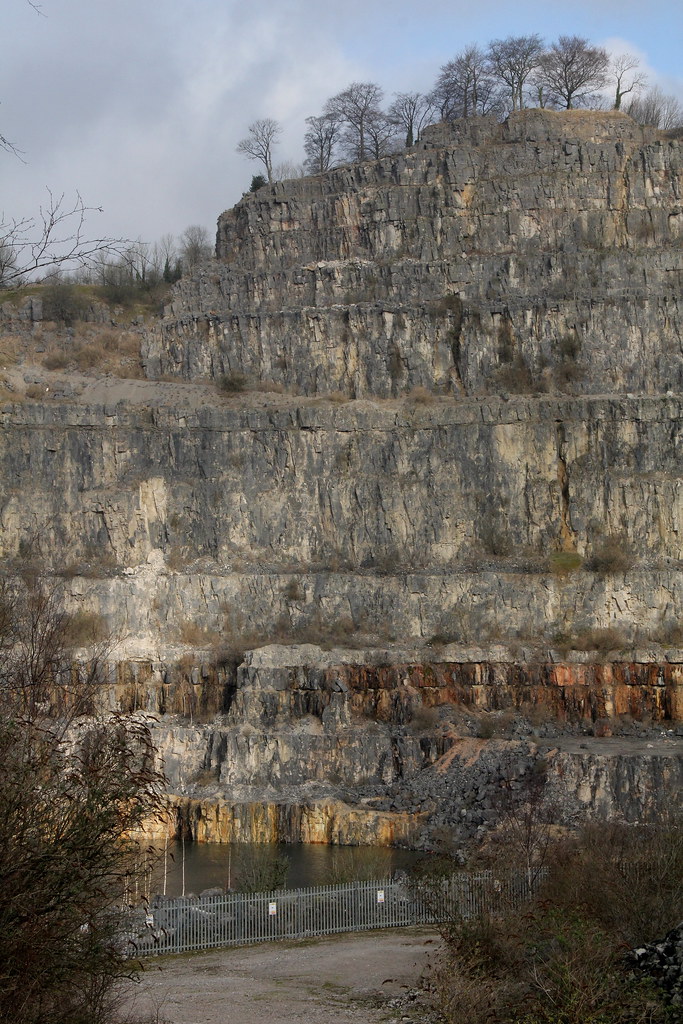 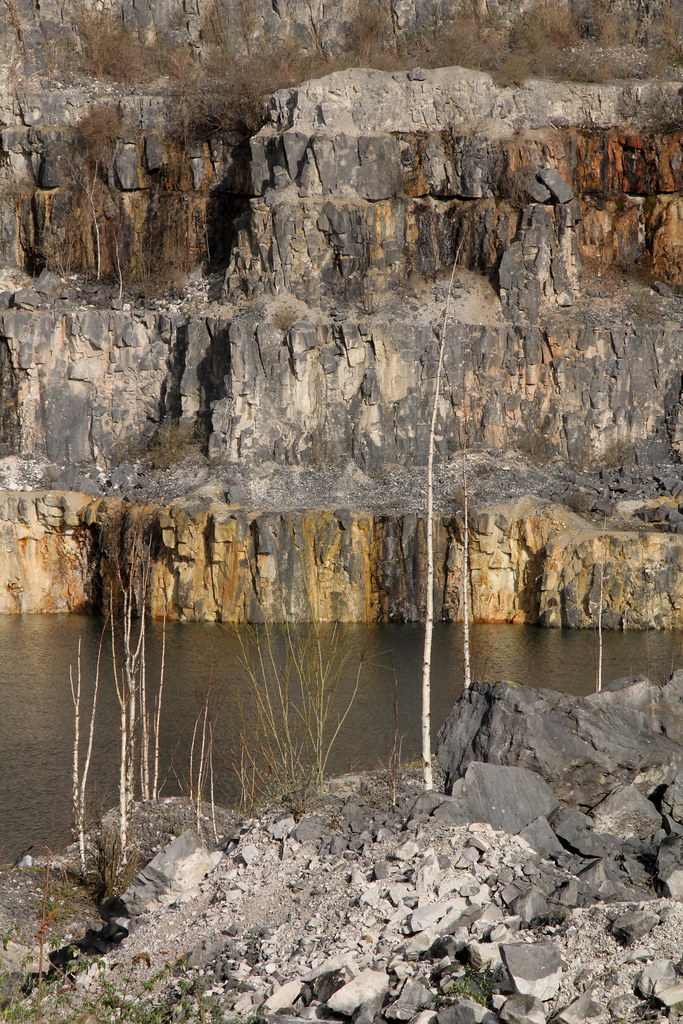 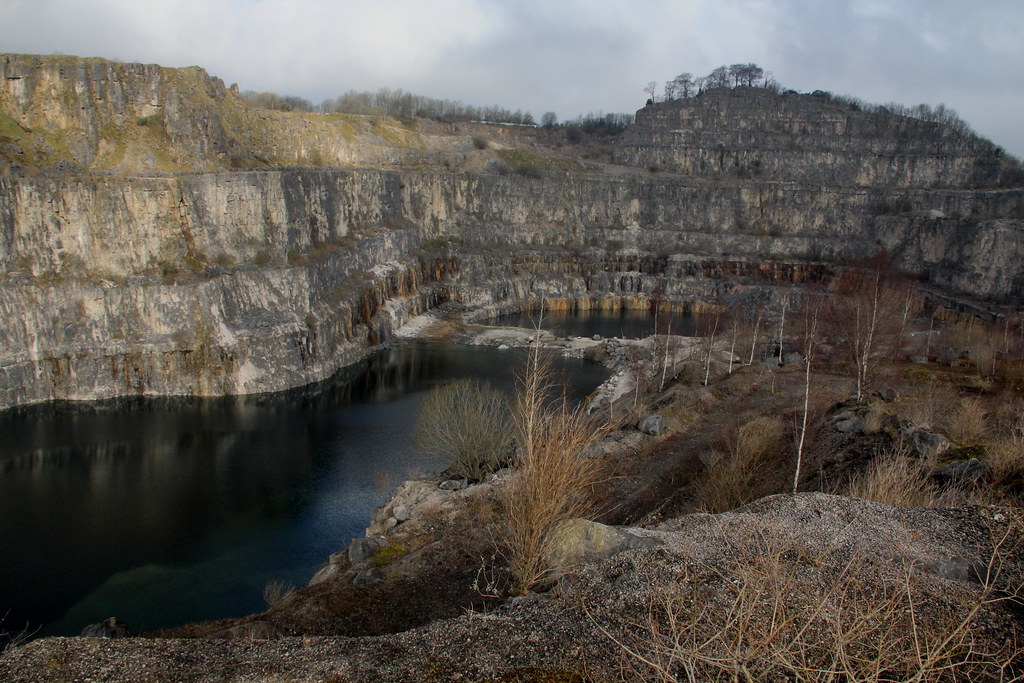 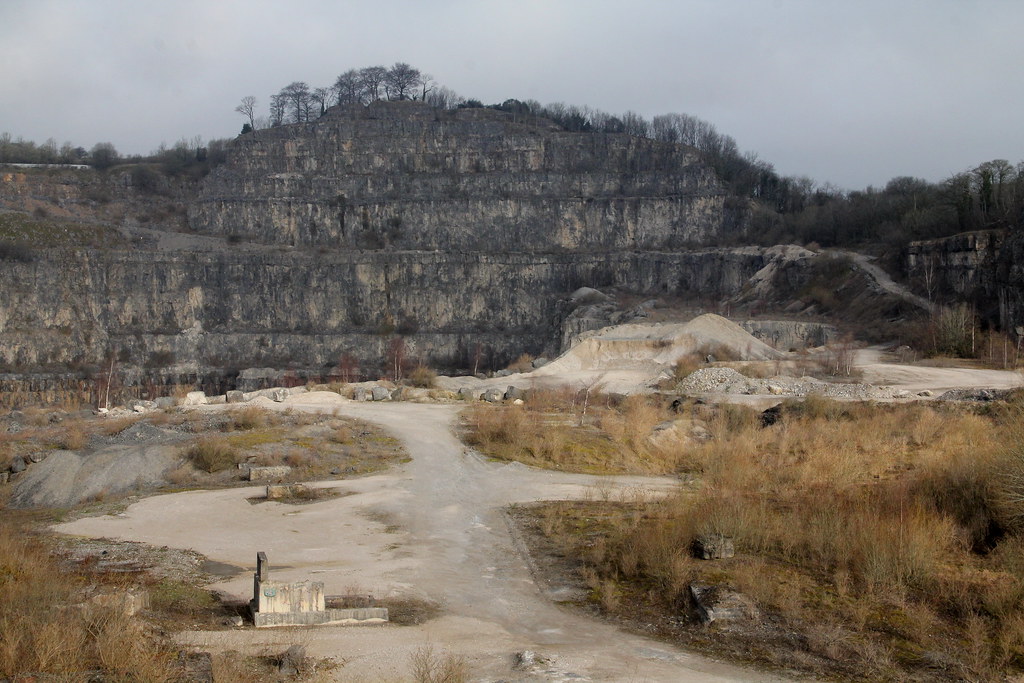