Minera Lead Mines occupies an extensive site at Minera, near Wrexham in Wales.

It was until the early 20th century a significant lead producer. However, it was abandoned circa 1909 with much of the plant and machinery sold off.

In the early 1990s Wrexham Borough Council set about reclaiming the land and turning it into a visitor attraction with conserved structures and some restored features such as the Meadow Shaft Pumping Engine House and replica head gear.

However, in recent years with council budget cuts it appears to be falling into complete abandonment once again with some serious decay appearing in the 1990s installed wooden structures. The visitor centre was operated by an organisation known as Groundwork in recent years. However, a note on the visitor centre door suggests it has been closed now since September 2019.

I extensively photographed the site on December 17 as well as exploring the connecting former mineral railway and also Minera Limestone Quarry.

A full gallery of images can be found here with links to the Mineral Railway and Quarry Explore:

Serious decay in the 1990s headframe replica where it is breaking away from its foundations despite some recent metal bracing being added.

Meadow Shaft Engine House viewed from across the engine pond. 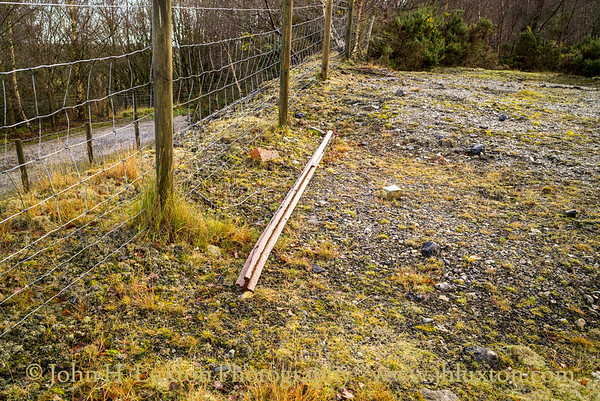 A length of rail from the mineral railway near Taylor's Shaft

Taylor's Shaft which is capped with the foundations of the engine house behind and the balance bob to the right.