This was a nice little explore of a site usually famous for its underground pictures.

I took hundreds of photos here, so I've tried to include more points of interest, rather than relentless exterior building shots.

History from the internet below:

Moel Fferna slate mine is located at the head of the valley of Nant Pandy, a tributary of the Dee at Glyndyfrdwy. This high altitude site (500m) opened in the 1860s. It was a substantial producer of roofing slate almost entirely won from underground working. Adits were on seven levels, with a large steam (later internal combustion) powered mill. A gas engine was installed in 1912, diesel in 1926 and electricity by 1920. This was the first Welsh quarry to introduce, in 1926, high-speed circular saws using blades coated with industrial diamonds or carborundum. Material was carted out originally by the road which now gives access to the site. After 1872 a table incline, originally only up to level 3, was extended to level 6. This not only connected the levels but also lowered finished product to the Deeside Tramway. This was extended southwards - in conventional steel track - to serve this site (also passing through the nearby Deesside slab quarry, NPRN 308670). Wagons travelled down under gravity, controlled by a riding brakeman, empties returned daily by horse. A narrower 2 ft gauge was used underground, the wider2 ft 6 inch gauge used on the surface, a gantry used for transferring wagons. The Nant y Pandy mills (Deeside quarry) were not used. In 1898 184 men were employed, in 1937-8 100. The mine closed in 1960.
In the early 1990s visible remains were extensive at various levels - adits, buildings (including weigh-houses, offices, barracks, drum house, powder house, mill, dressing sheds) and stockyard. Underground there is much chambering on several levels, though access is difficult, with remains of inclines and bridges across workings.
Click to expand... 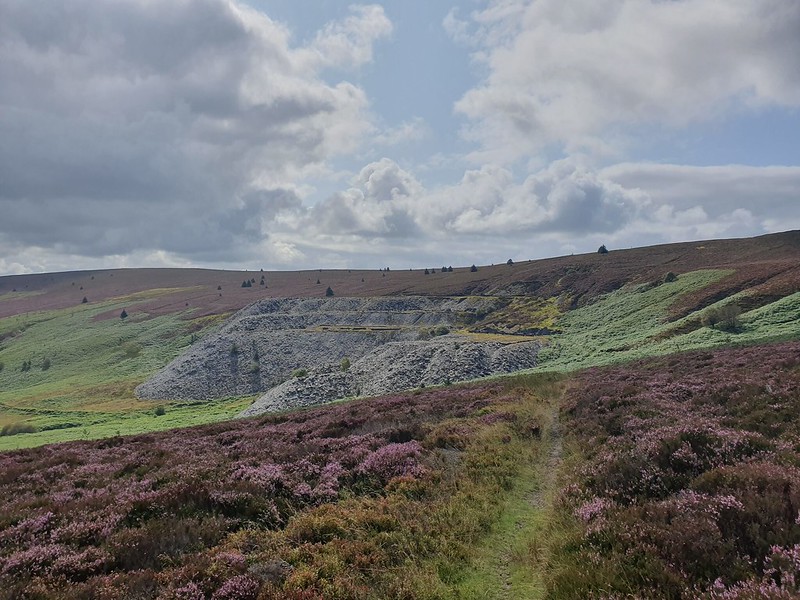 2. The main range of buildings 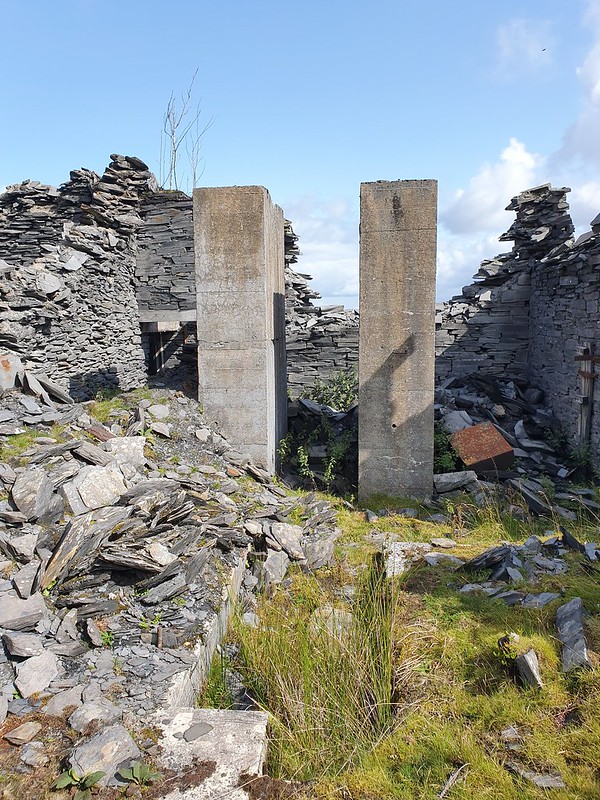 5.&6. There were two of these in the engine house, any ideas? 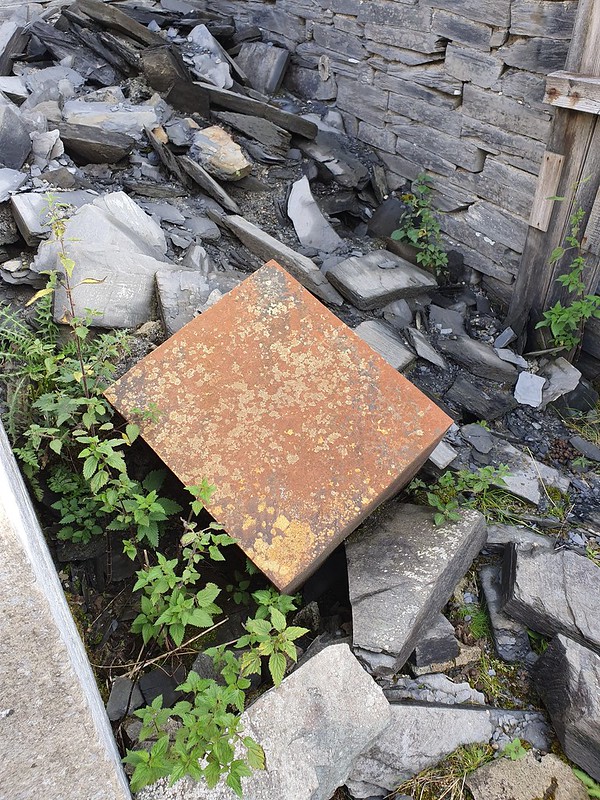 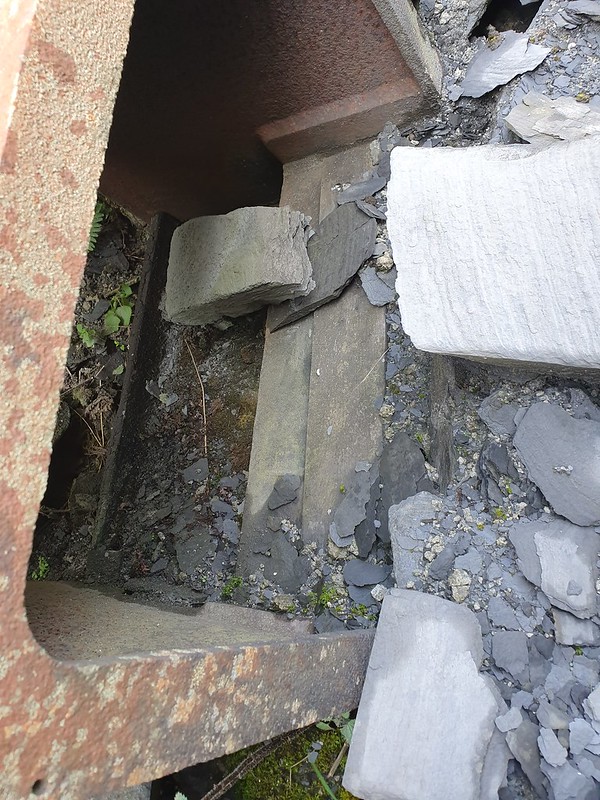 7. This was first floor level, I think perhaps for belts to run through, but any ideas on the smaller slots? (part of me thinks it's all they had lying around during construction, so used it...) 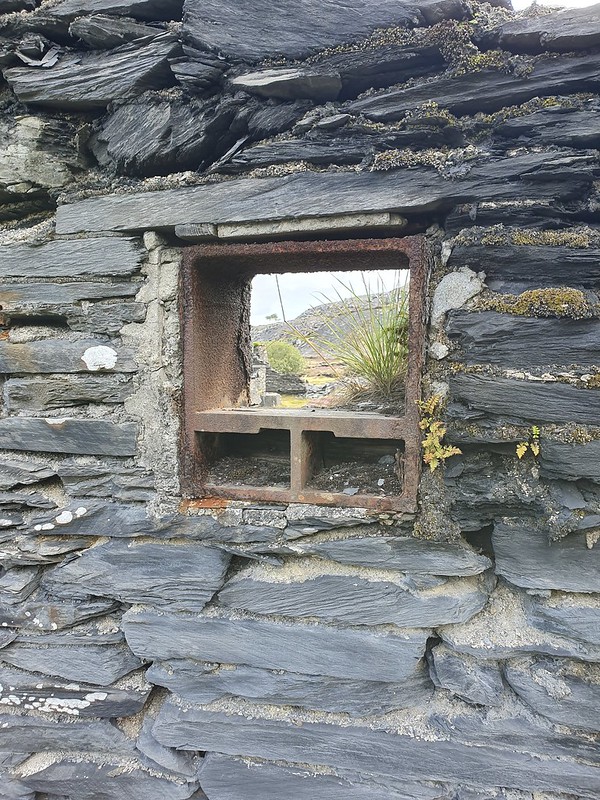 8. One of the old fireplaces with some remaining plaster 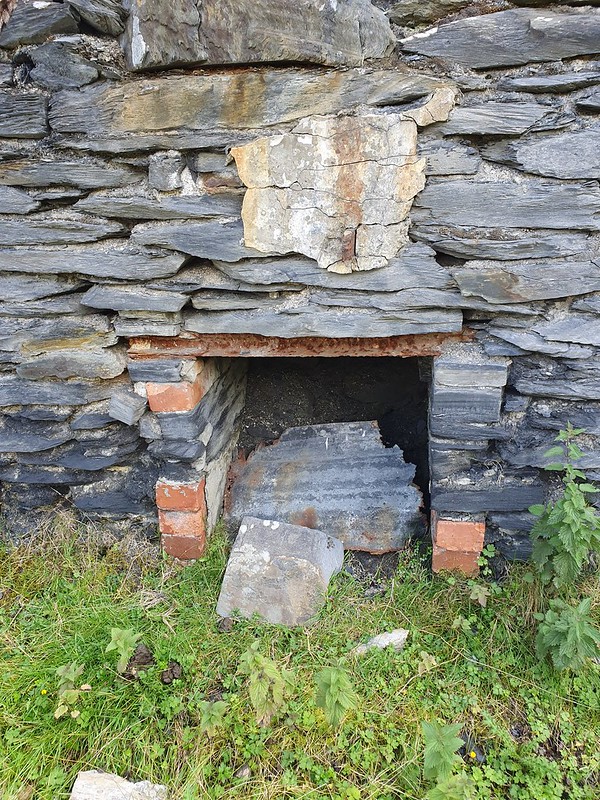 9. A piece of the old tramway 10. There was a few of these about the place, old work benches I believe 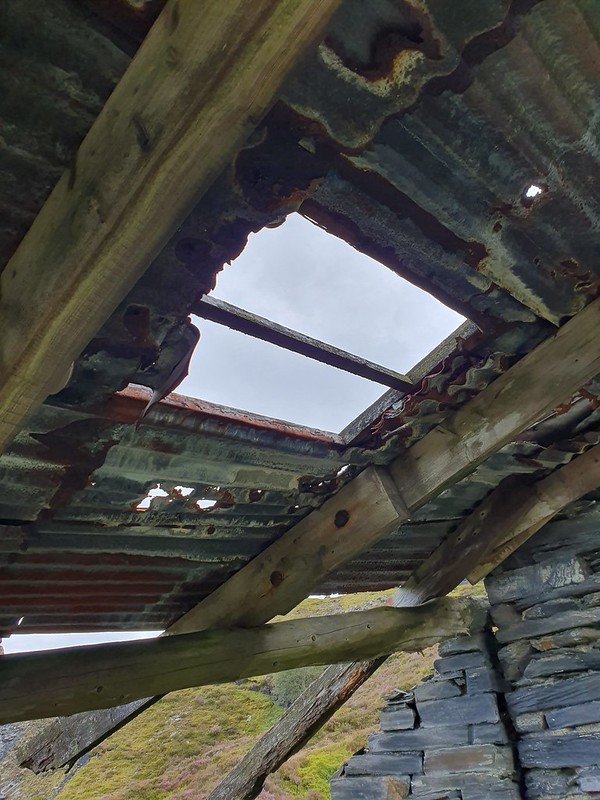 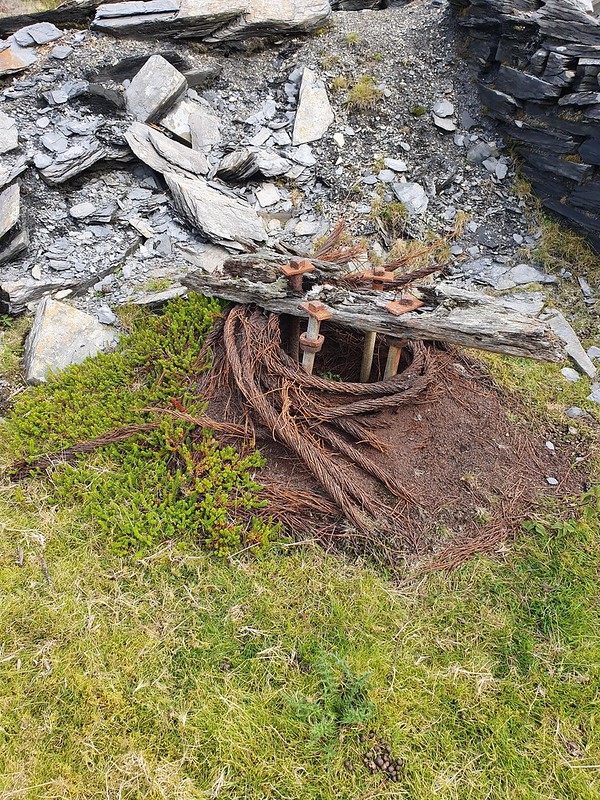 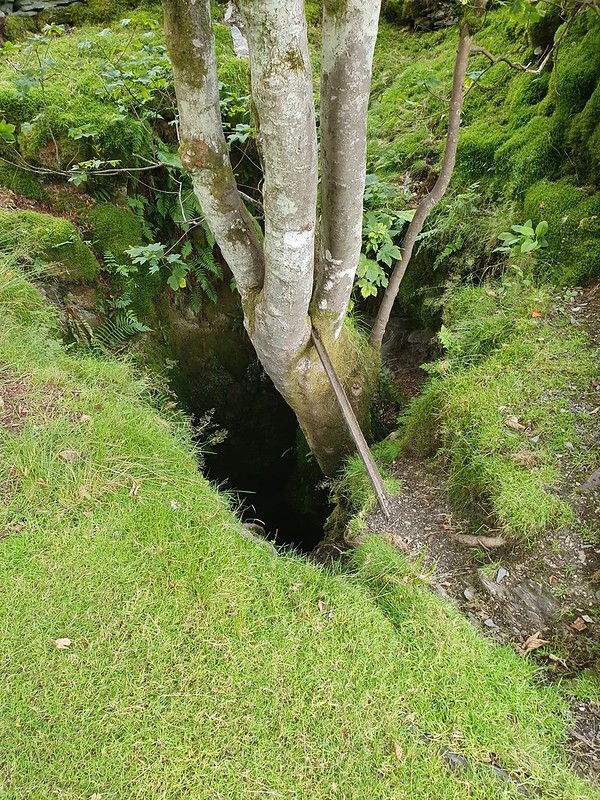