This is a significant site to me personally. I grew up in this area (Corsham) and had a friend who lived in Ashley (village on the edge of Box) and we used to hang out down 'the tunnel' as we knew it then. I still remember my first visit, in what would probably have been about 1998ish. My friend had talked about this "abandoned railway tunnel which went underground" and I could never really understand what he was talking about. When I did finally see it the area was much more wooded than it is now, so it was more hidden among the trees, and it was a real buzz. At that time there was still a big steel door almost covering the entrance once you went down the steps and turned left, but you could squeeze through an opening. We were probably about 13 or 14 and slightly scared, plus had no lights, so we only ventured just inside, which meant we couldn't tell how much of a complex there was down there - as far as we knew it could have been a complete underground town, which just added to the intrigue. I visited numerous times over the years after that, including a full trip to the end when I moved back to the south west in 2009, but that first visit really sticks in my mind as my first experience of urban exploring. A year or 2 after that first visit I had a similar experience discovering HMS Royal Arthur for the first time, during a lunch break at school!
I don't know if anyone knows the area well, but there is/was a yard nearby, on the lane leading back to Ashley, which contained lots of abandoned vehicles and sheds, where we also used to explore as kids. Anyone know where I mean? My friend insisted there was still a half-eaten plate of food rotting on the table of an overgrown caravan in there, and there was also some rumour of a body being found in there around that time? Probably just kids' rumours though.
Apologies for what is essentially a long, waffling story from me.
H

I should have typed "Nothing here since 2017?" Gingrove - that was about when I visited the underground area. I recall standing at the top of the conveyor (I presume near where the wall is now built across the tunnel) and looking down the start of its length. We walked from one storage area to the next, past the dividing walls of bath stone left to provide protection in the case of any detonation.
P

some pics from a long time ago, not very good but some detail visible, cant find the one of the generator room but still looking 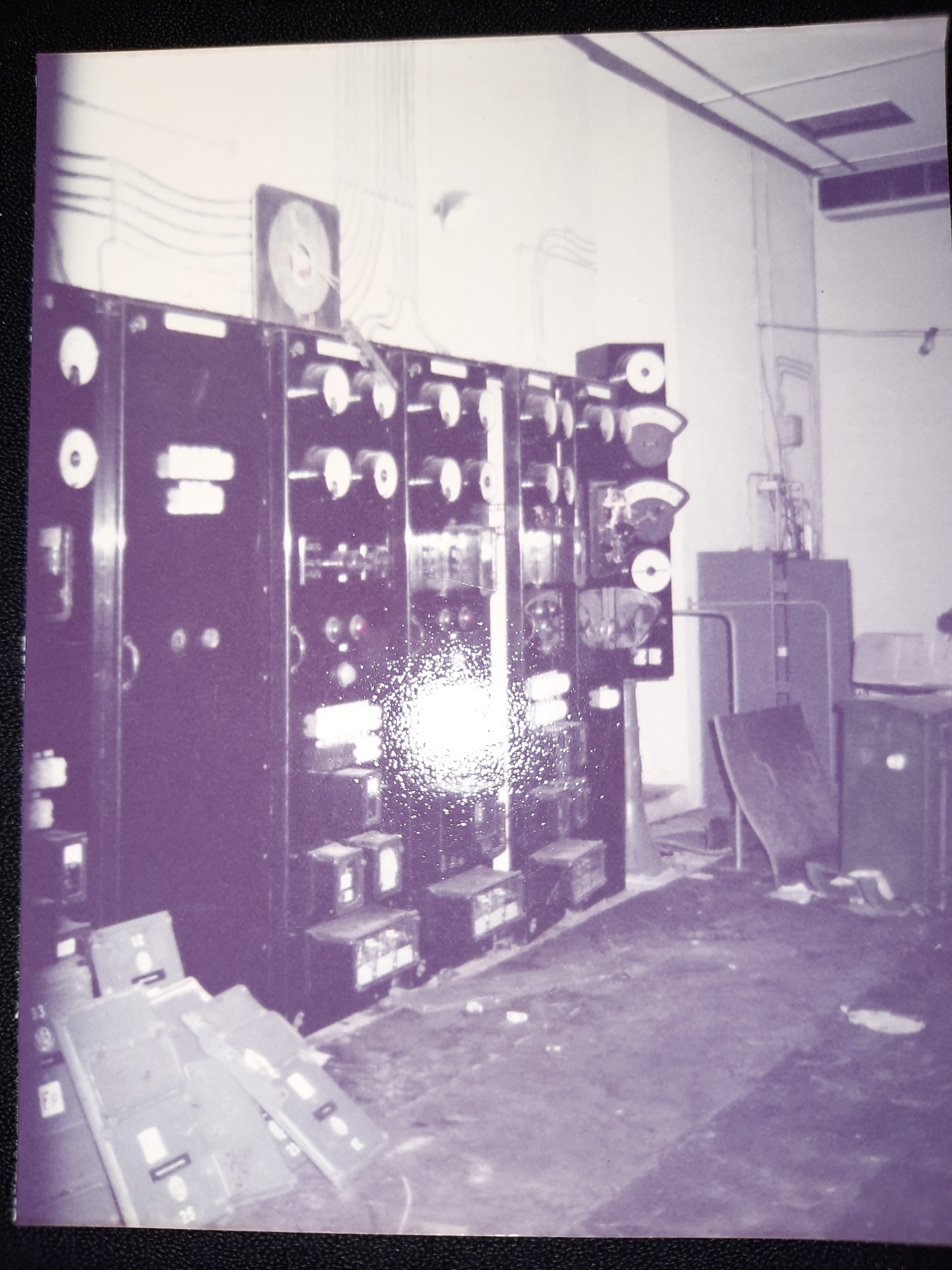 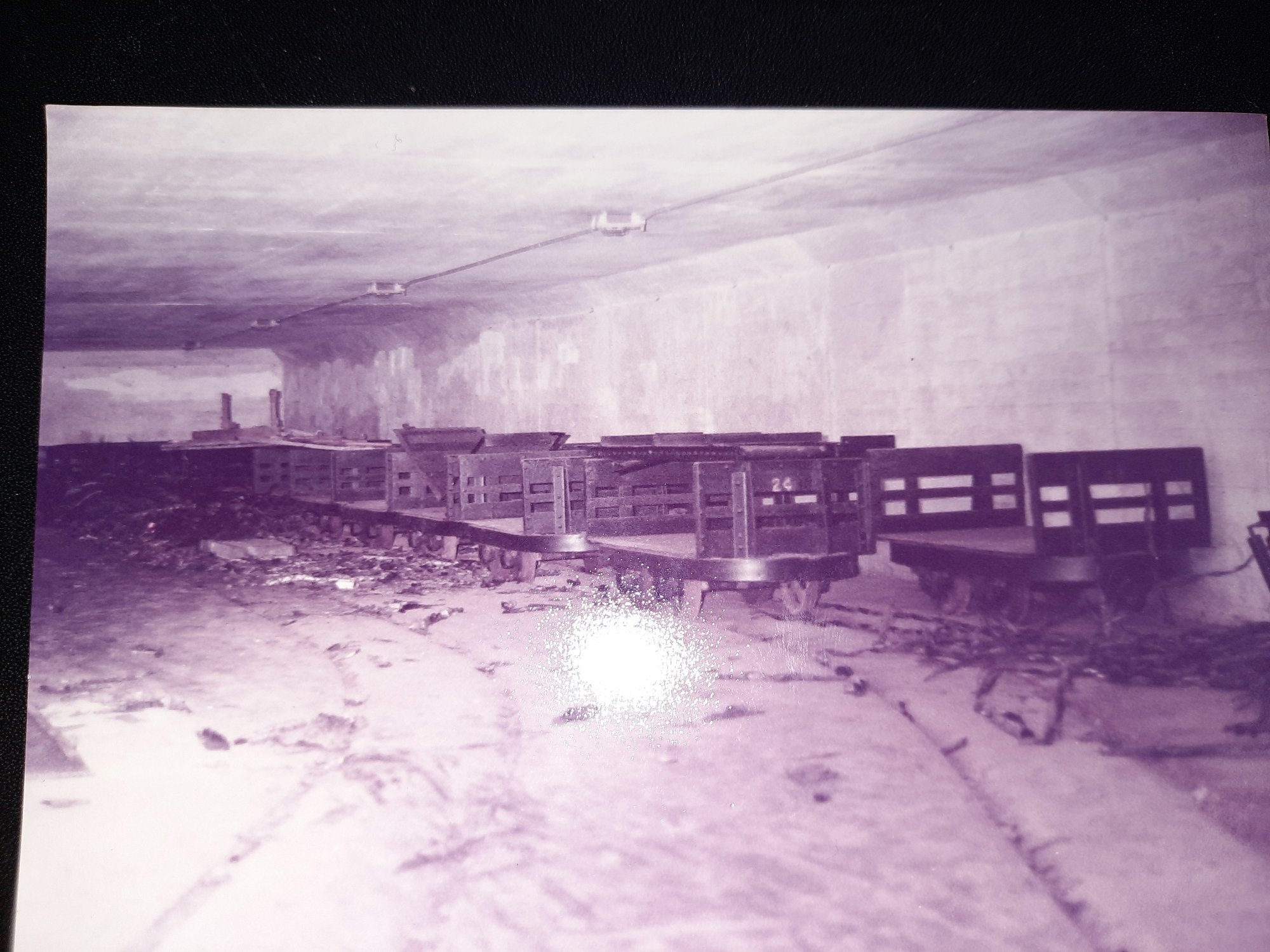 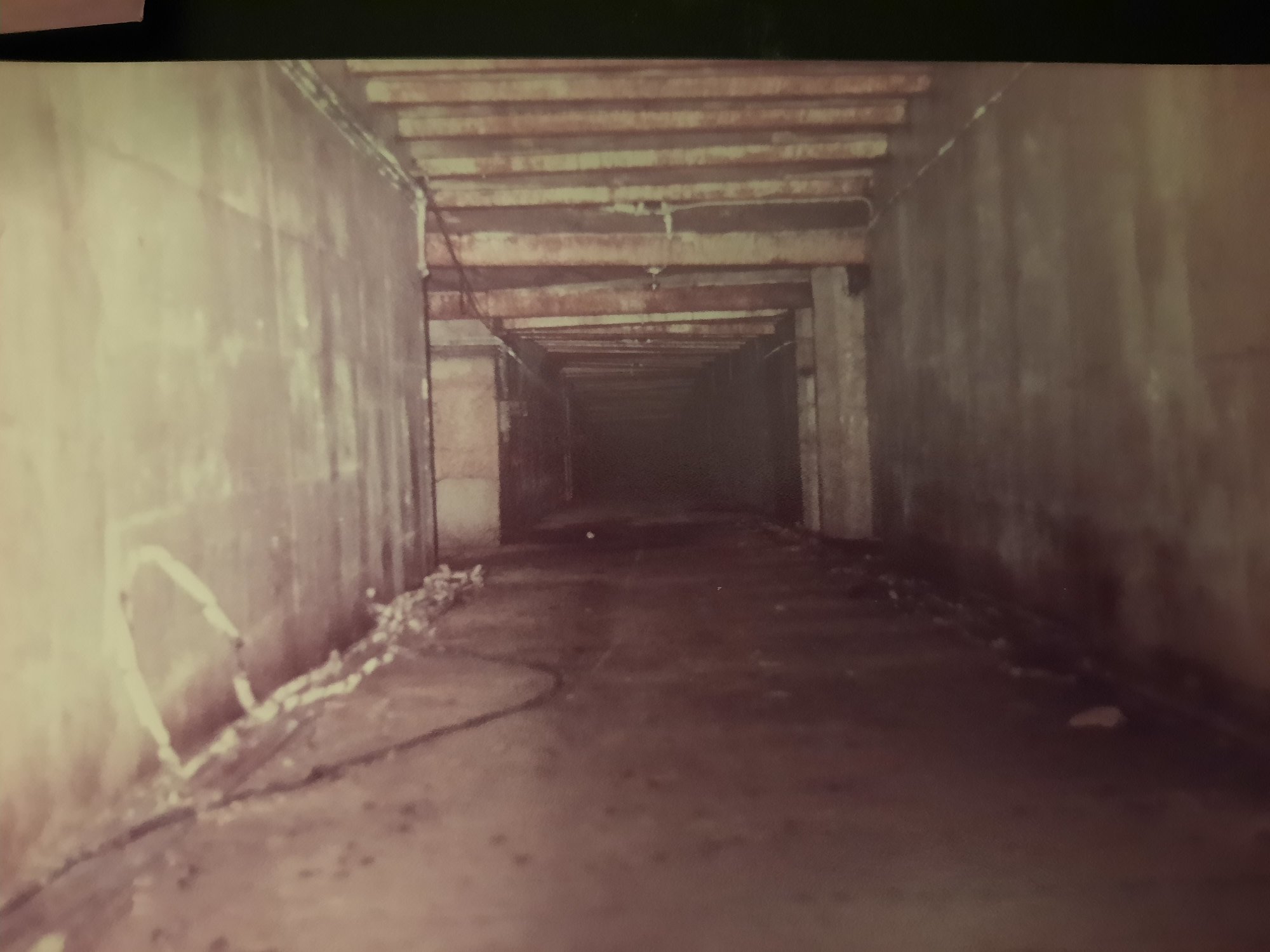 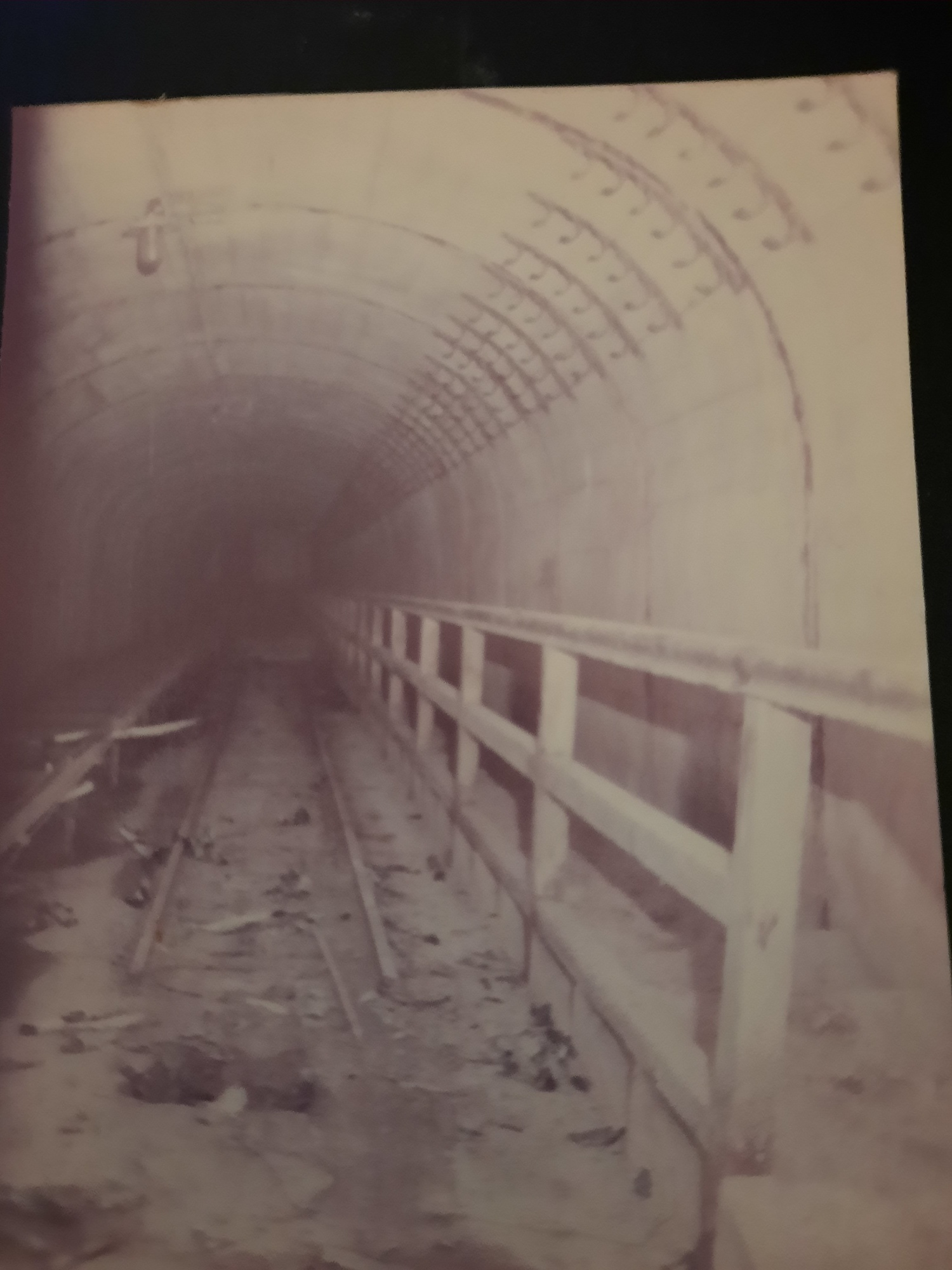 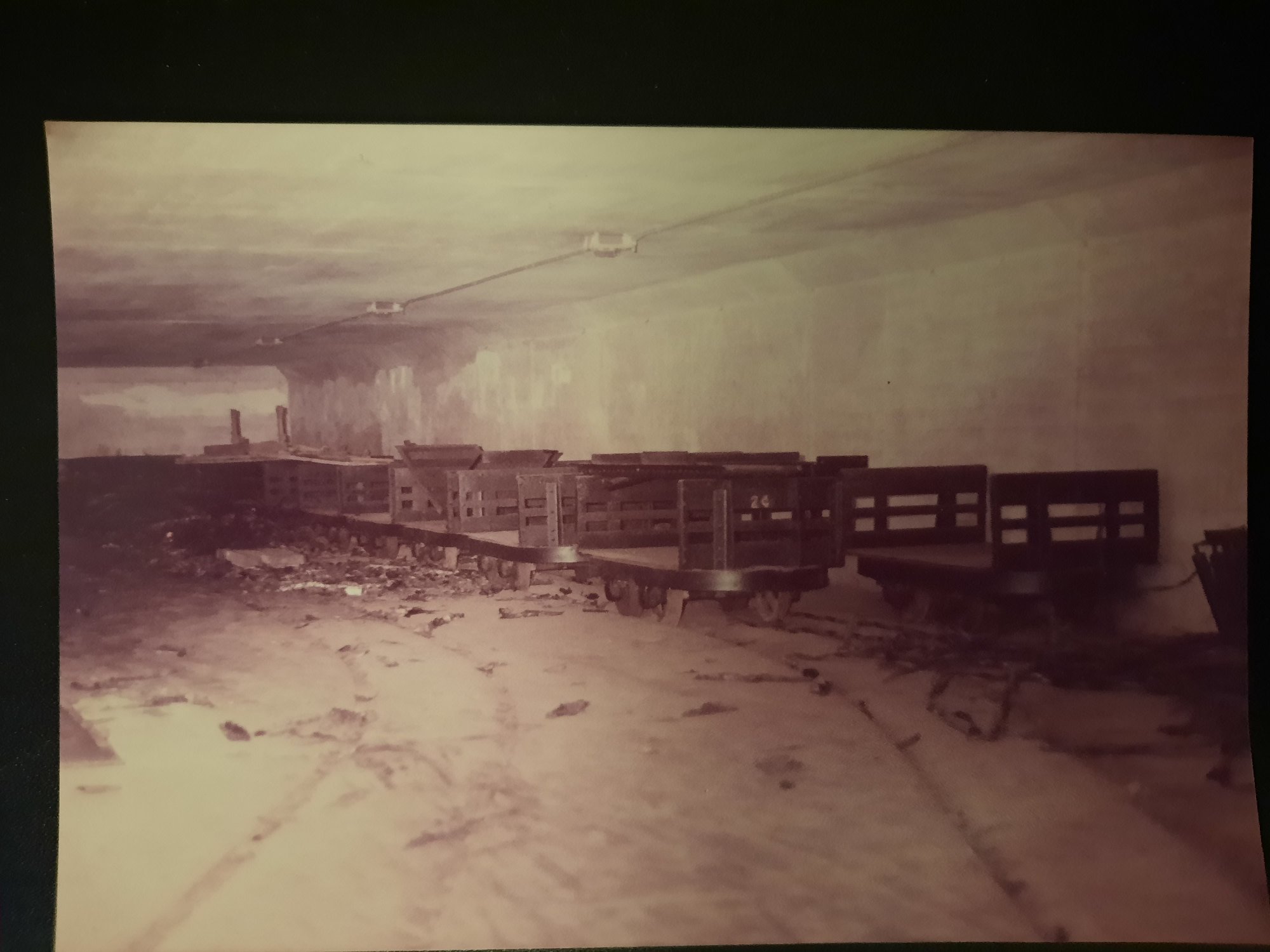 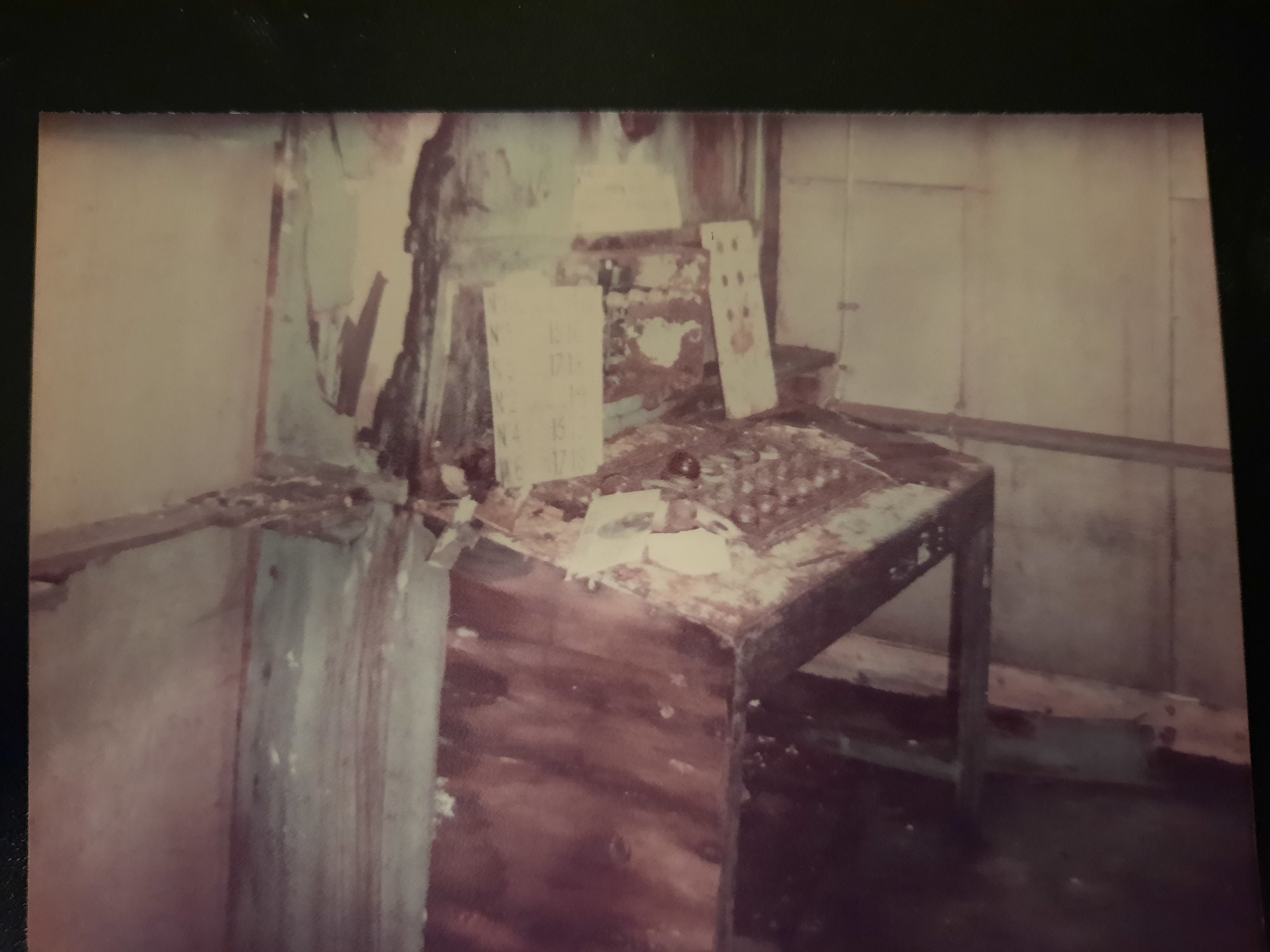 Further to my previous information. here are some verses I wrote in 2015:

which HSTs and DMUs ignore.

But in the 1940s, when steam locos thundered by,

trucks filled its long gone sidings by the score.

For under hillsides green, where bath stone had ever been,

those mines were fast converted to a store.

At Monkton and around, the ammo came and went,

For units here at home, or far from shore.

By train, then truck to camp, or base it was then sent

the armament that helped us win the war.

Written about the World War II ammunition depots in what were bath stone mines in the Monkton Farleigh area.

Ammunition was brought by train to a transfer dock on flat land near Bathford. At first an overhead ropeway transported the shells, etc the mile to the requisitioned mines. Later an underground conveyor did the job.

To the rhythm of The Green Eye of the Little Yellow Idol, by J. Milton Hayes.