I've been lurking on here for a while and noticed that someone had mentioned the Anti Aircraft battery at Moore near Warrington but there we no photos. Well, seing as it's just round the corner from my house I thought I'd take advantage of the weather and remedy that.

Unfortunately, my footwear and the multiple horses milling around made it hard to have a proper explore but I'll have a better look around in the next few weeks.

I know virtually nothing about this place, other than it's an Anti-Aircraft battery with 5 concrete gun emplacements, 2 pillboxes and what appears to be the remains of some sort of shelter (sadly with no roof). There's quite a few extant buidlings that have now been switched to agricultural use and some other earthworks scattered around.

I'd love to know more about the place so if anyone has any other information then please fill me in. 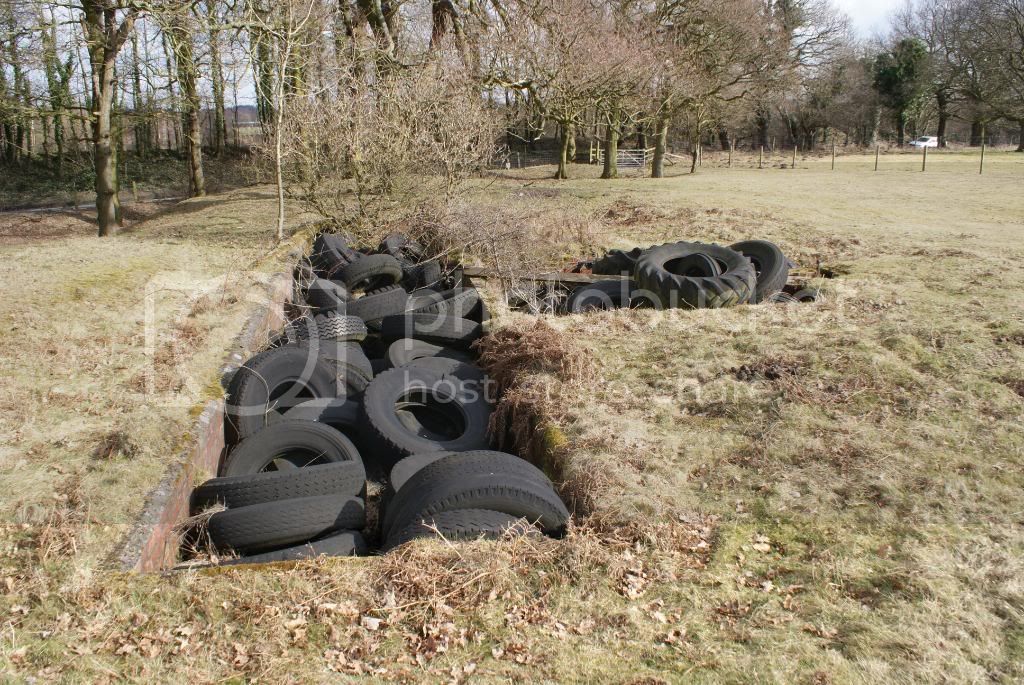 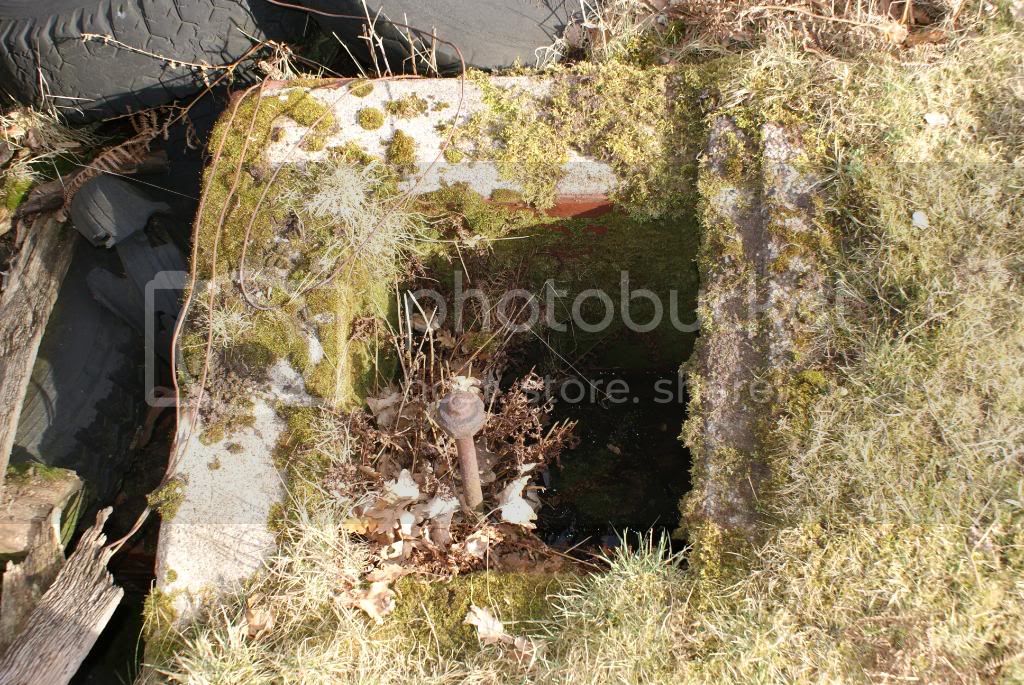 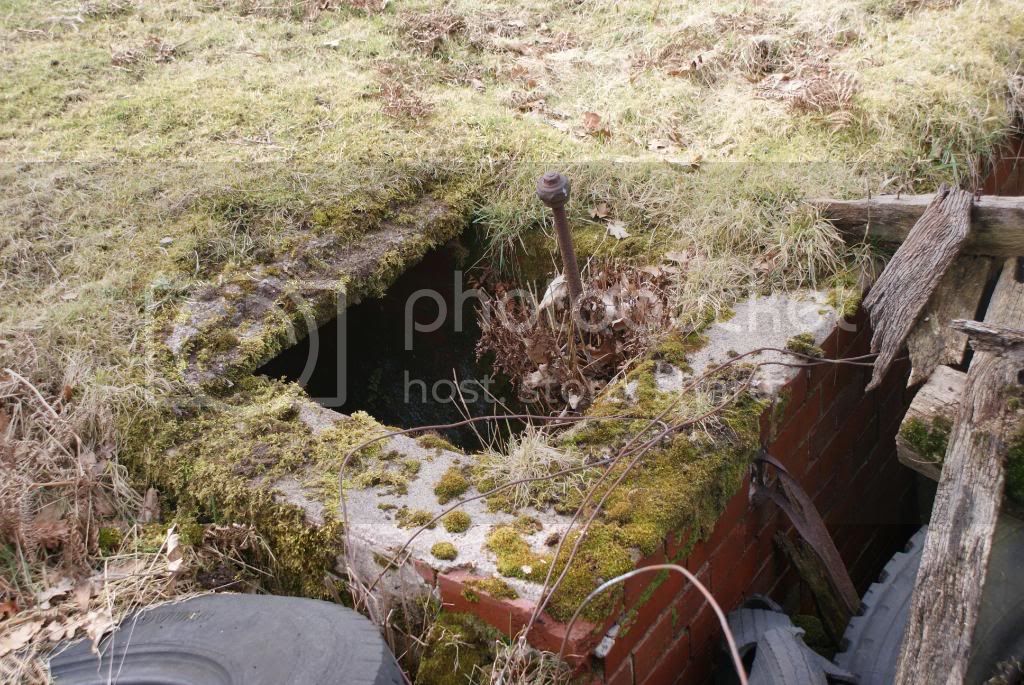 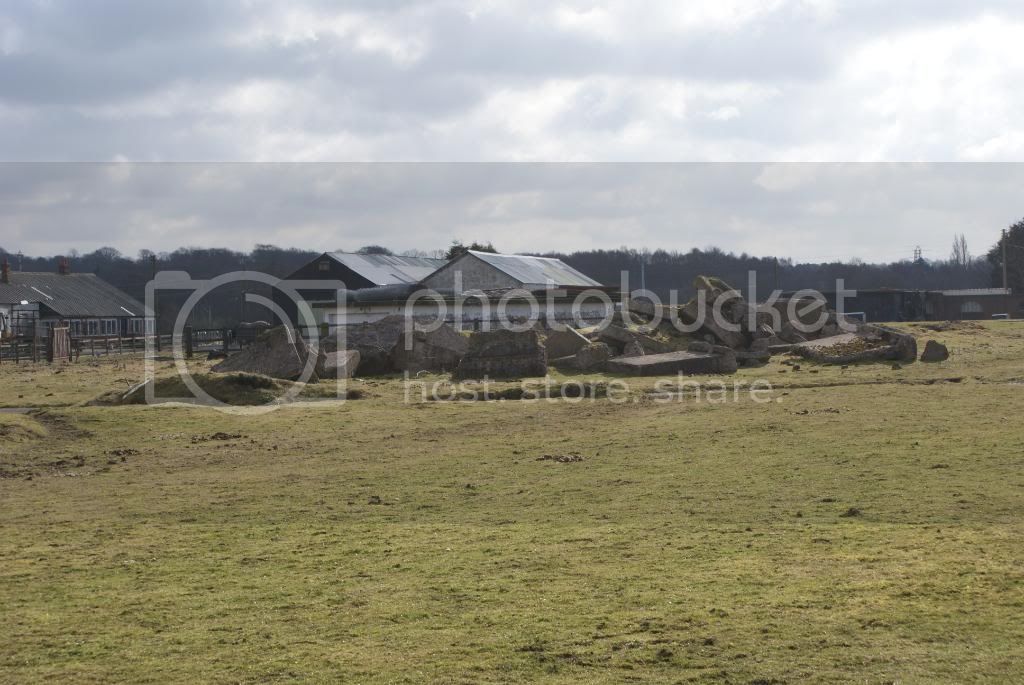 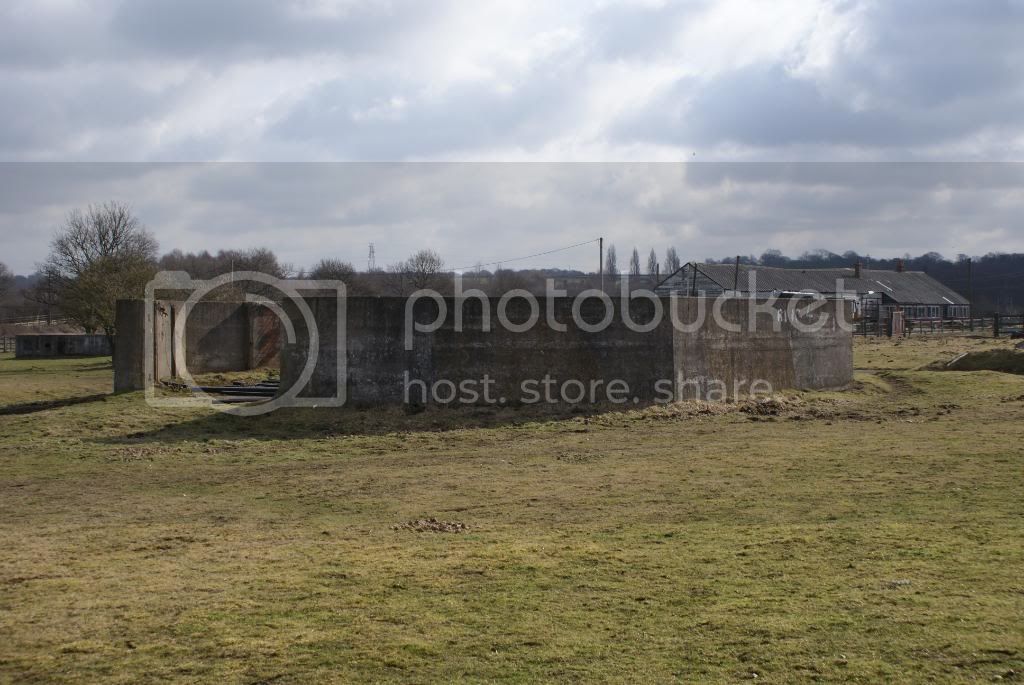 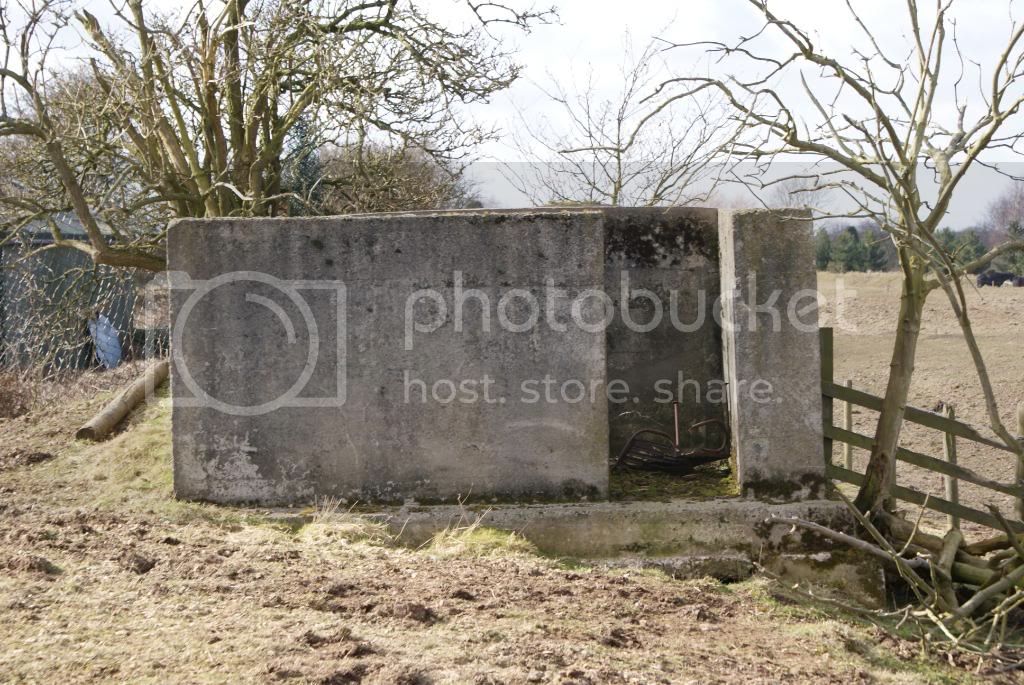 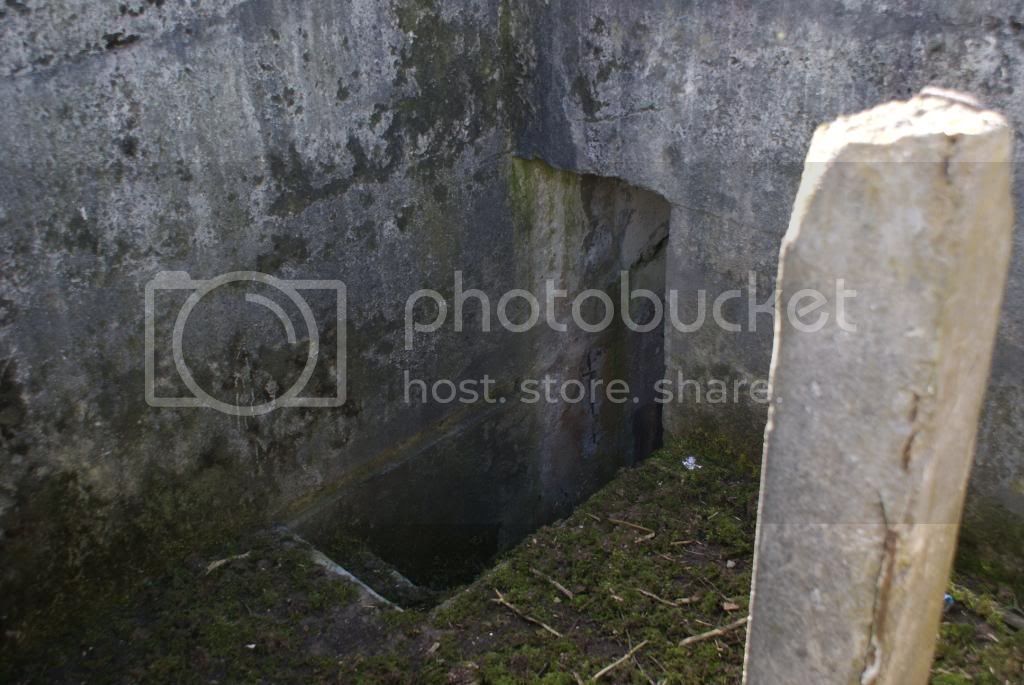 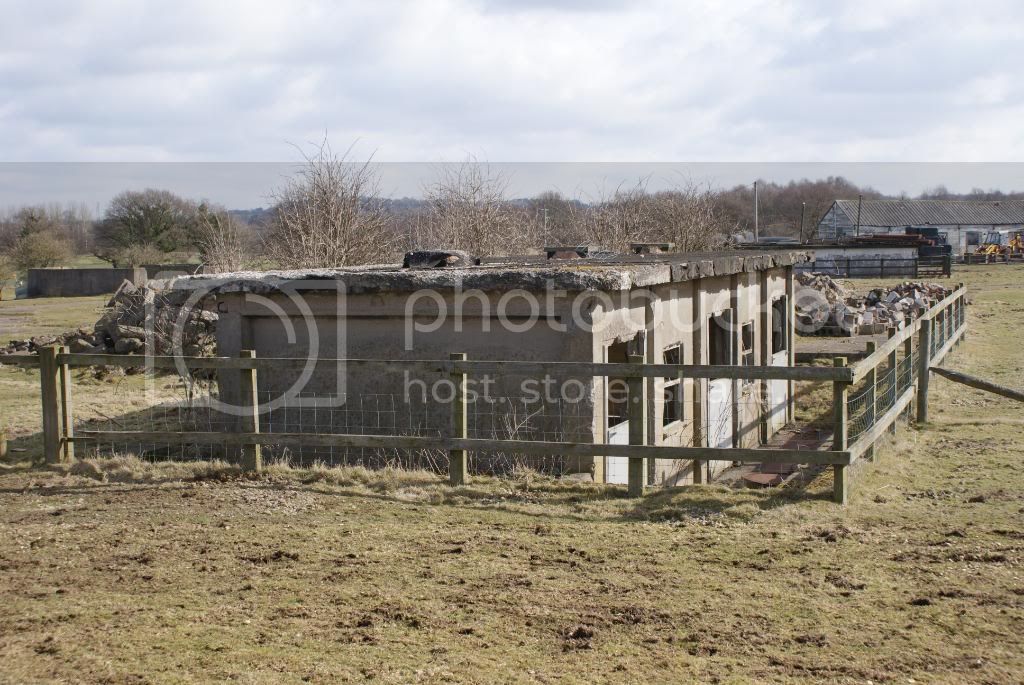 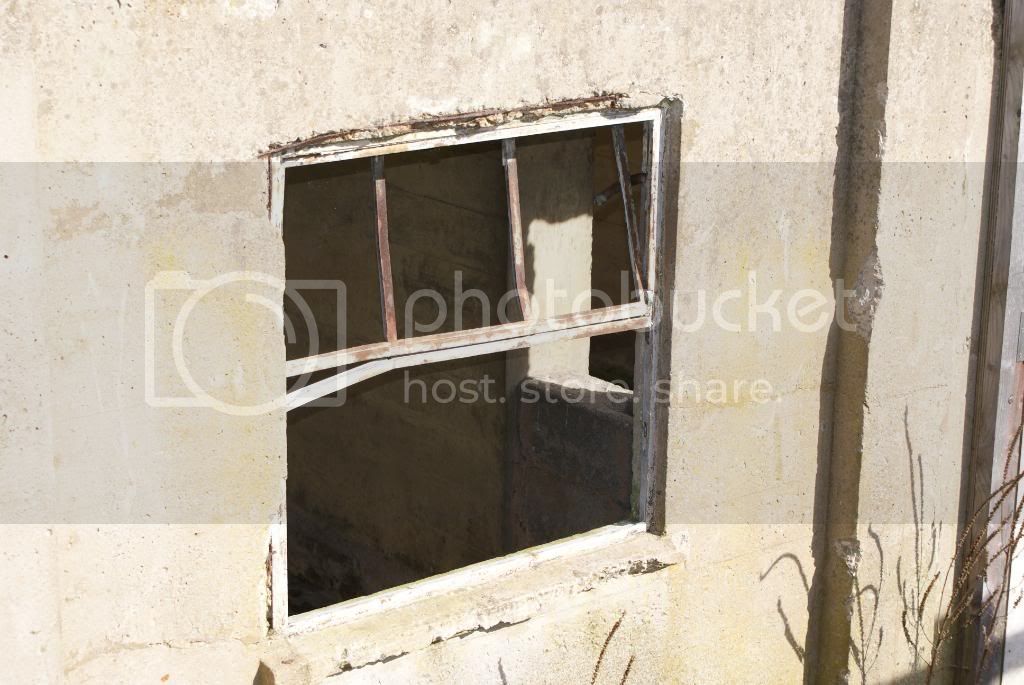 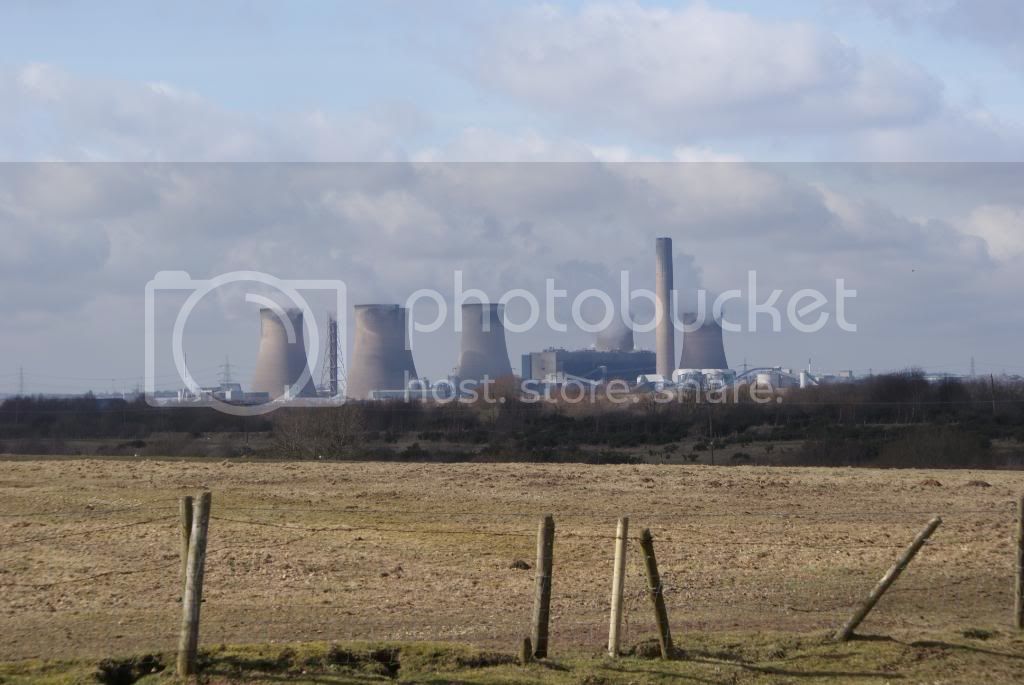 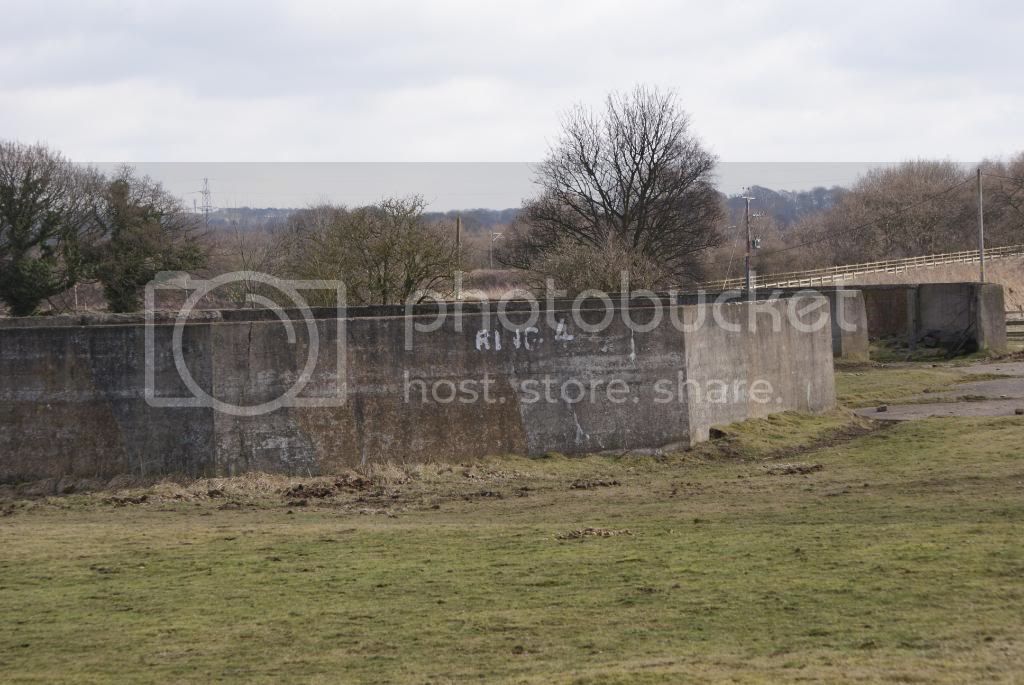 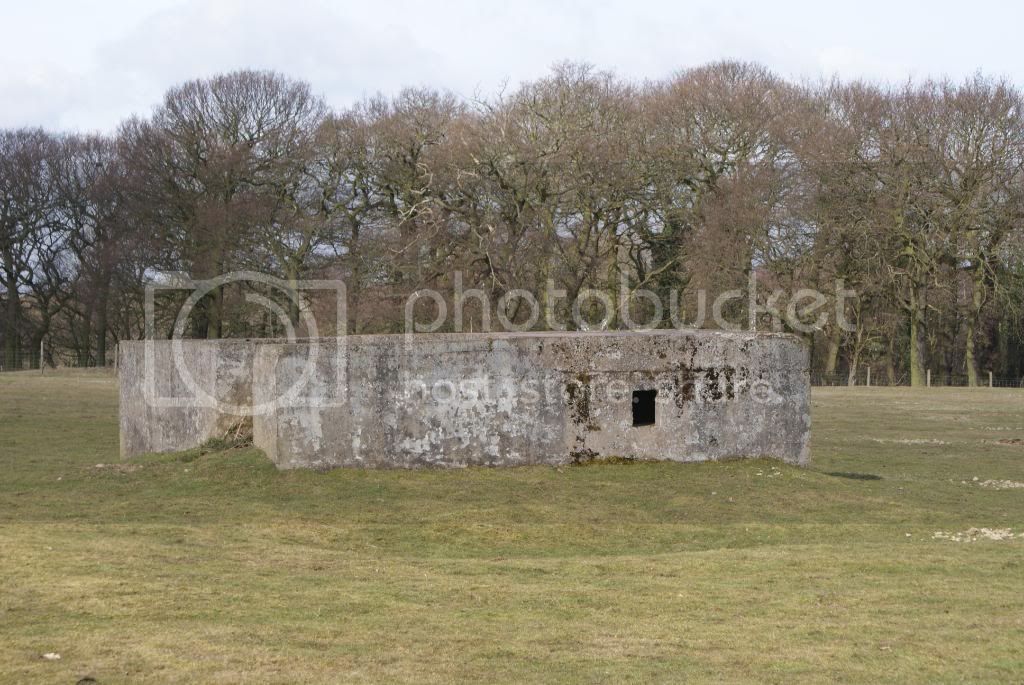 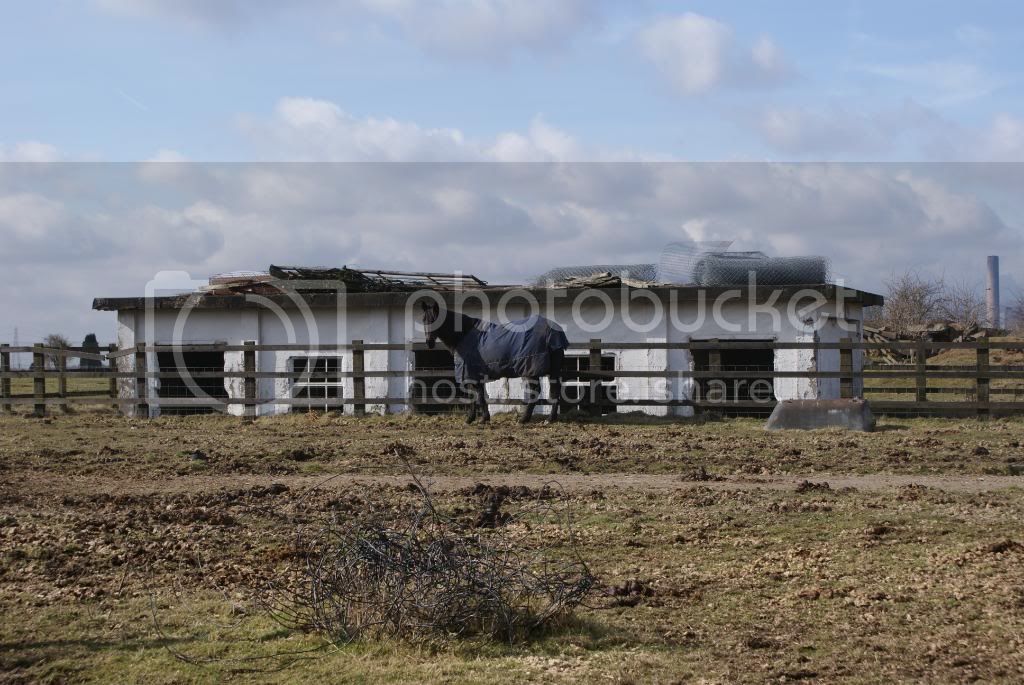 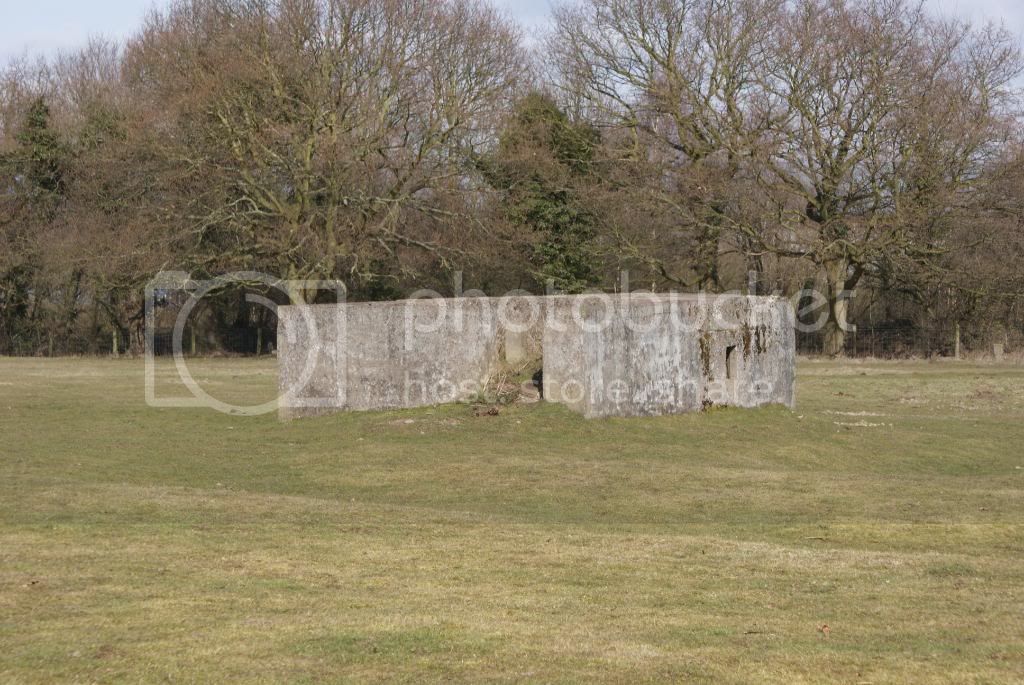 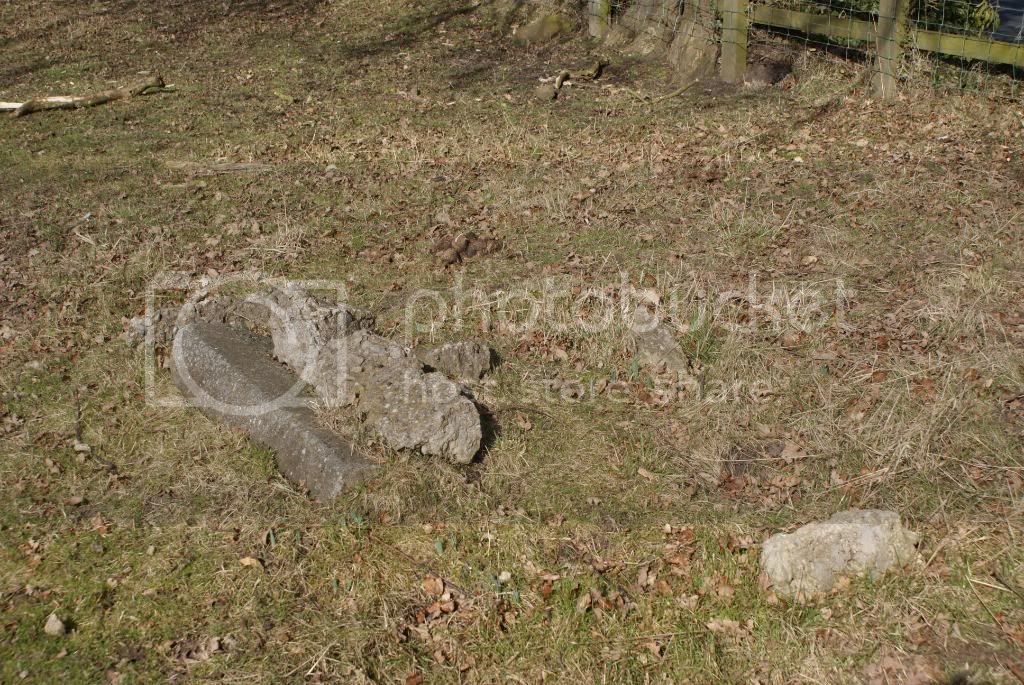 Nice pics. See a couple of the gunpits still have traces of camouflage paint on them.

Great stuff there spiderlover. Love the type 23 pillbox in photos 6+7

Interesting site there, Spiderlove. Good pics...nice to see the sun at last.

Good stuff spiderlove. Neither of the Type 23's is in the DoB so I'll add them to my overlay with credit to you. Not sure how I missed them as I checked all the HAA placemarks in the set, I must have been asleep that day.
S

Nobody normally gives me credit for anything!

Have you any idea what the sunken structure filled with tyres might be? It appears to be over six feet deep and in a T-shape. I thought it must have been some sort of bomb shelter but the tops of some of the walls seem to be finished with bevelled cement rather than being damaged (as I would have expected them to be if a roof had been removed).

I actually found the site via your Google Earth placemark set.... my next trip will be to see if the Pickett Hamilton fort has survived the demolishion of the Burtonwood USAAAF base!

spiderlover said:
Nobody normally gives me credit for anything!

Have you any idea what the sunken structure filled with tyres might be? It appears to be over six feet deep and in a T-shape. I thought it must have been some sort of bomb shelter but the tops of some of the walls seem to be finished with bevelled cement rather than being damaged (as I would have expected them to be if a roof had been removed).

By the shape of it and the brickwork I would have to say it's a fire trench although I've never seen a one 6 foot deep. The ones I have seen have been about 4 foot deep
Click to expand...

It could be a fire trench but I'm not so sure, it may be a water cistern or some other prosaic thing. It's highly unusual for these sites to be protected anyway. Of all the extant HAA site in the my overlay only two others have pillboxes associated with them. One has a single Type 24 and another has two Type 22's. That said there are three times as many sites that have been demolished that may have had pillboxes so this fact might be biased the wrong way.

looking forward to more of your stuff spiderlove, good luck with the PHF they are almost impossible to find even when extant as they are nearly always grassed over and the locations are often way off.
S

They still look pretty good, as for Burtonwood, I don't think much survived, it depresses me driving past that every day.
S

I used to live there when a child. 1956-59, if my memory serves me (and it doesn't always). It was used as overspill accommodation for four or five army families from High Legh (sp)

There were several habitable timber buildings at the time; mess, guardroom, MT garage, and a few semi-derelict ones ("the spider", demolished while I lived there) and a water tower.

Our house burnt down some years ago - I believe a new civilian house was built on the site.

As children we had the run of the place and the gunsites were used as gang bases.
Most of the gunsites had thick earth banks built up against the concrete; it looks like this has all been dug away since, I'm rather surprised to see the camouflage paint.

One structure (we called it "the black gunsite"). Again it had earth banks but also had a deep cellar with a heavy steel door, perhaps it was an ammunition store.

I have only vague memories of an open trench; it was flooded, overgrown and nasty. Could it be the remains of the cellar?
Last edited: Mar 14, 2010
You must log in or register to reply here.