The History:
Moseley Road Baths were used as a makeshift hospital in the early years of World War II. An additional entrance was created to facilitate this purpose, which was subsequently used as an emergency exit from Pool 2. By the end of 2010 a steel beam used to support the wall and roof above it had become severely corroded, leading to the pool's closure as this part of the building was in danger of collapse.

The baths, also run by Birmingham City Council, reopened following extensive structural work during 2005. They stand opposite the College of Art and were given Grade II listed status as a single entity in 1982, upgraded to Grade II* listed status in 2004 by the Department for Culture, Media and Sport.

In November 2006 a 'Friends of Moseley Road Baths' group was formed to campaign for the long-term future of the building as a fully functioning swimming facility. Since their formation various community events and fundraisers have been held, including the Centenary celebration on 30 October 2007 which was attended by the Lord Mayor of Birmingham and swimmers past and present. In 2010 the Friends' were awarded a Heritage Lottery Fund 'Your Heritage' grant of £48,000 to document the building's history and to interview former and current users of the building. Some aspects of the project are now online.

The building reopened in April 2012 after 16 months of structural work on the Fire Exit of Pool 2, asbestos removal from the basement and extensive cleaning and painting. Pool 2 is currently open for swimming but Pool 1 (also known as the Gala Pool) has been mothballed since September 2003. The Second Class slipper baths were in continual use until October 2004, but have since closed.

Birmingham City Council are submitting a bid to the Heritage Lottery Fund in 2012 for £5 million towards essential repairs to the roof and to the Gala Pool. The Council will provide £3 million match funding. This work is 'Phase 1' and will make the building structurally sound. It is hoped that a 'Phase 2' could bring other parts of the building back into public use. As part of the bid, Birmingham Conservation Trust have been commissioned to conduct an extensive consultation exercise with the public. This includes generating ideas for community outreach work which will celebrate the heritage of the building.

The Explore:
Whilst in Birmingham, I thought I'd take a look and see if the swimming baths would be open to take a few photographs of and although the cleaners were there and explained they were currently closed for the day, they didn't seem to mind giving me 10 mins or so to take some pictures so they kindly agreed to let me in. 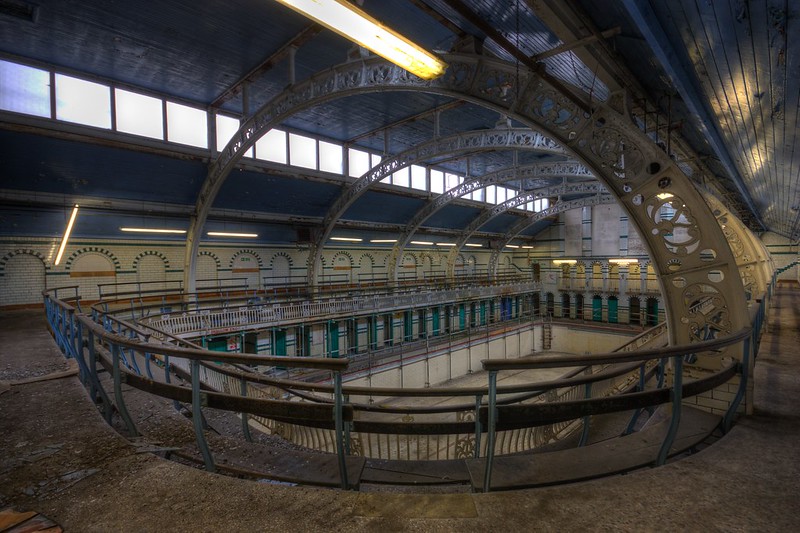 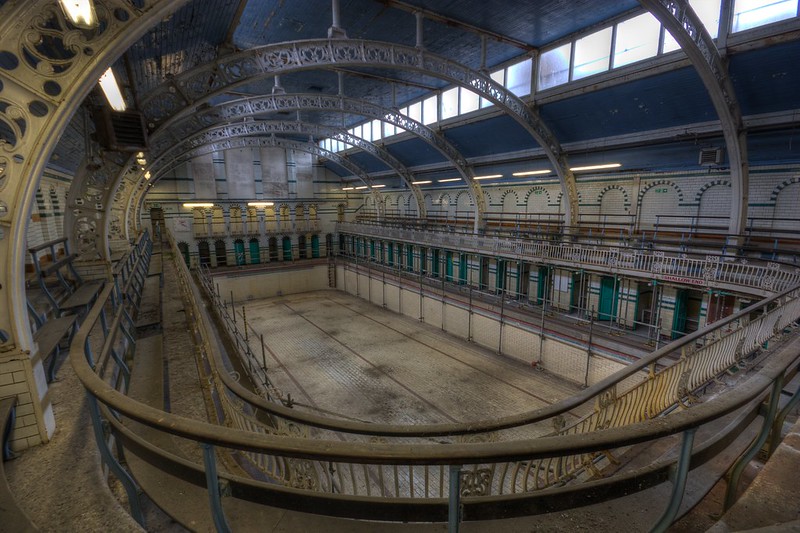 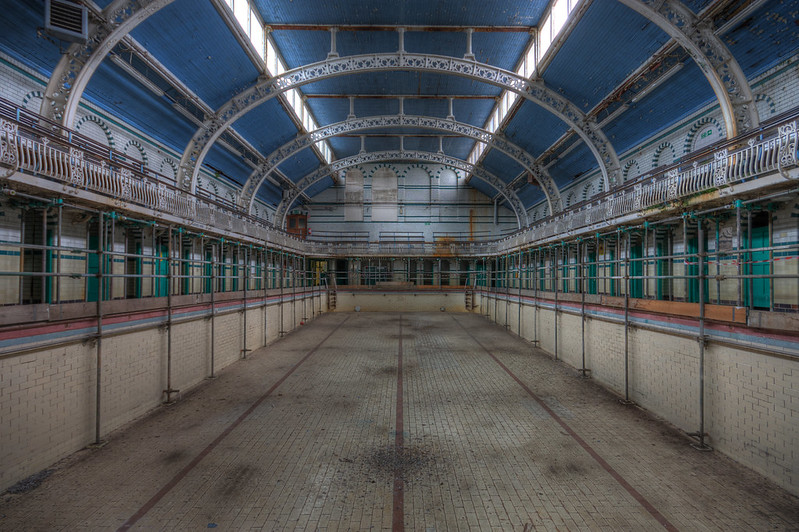 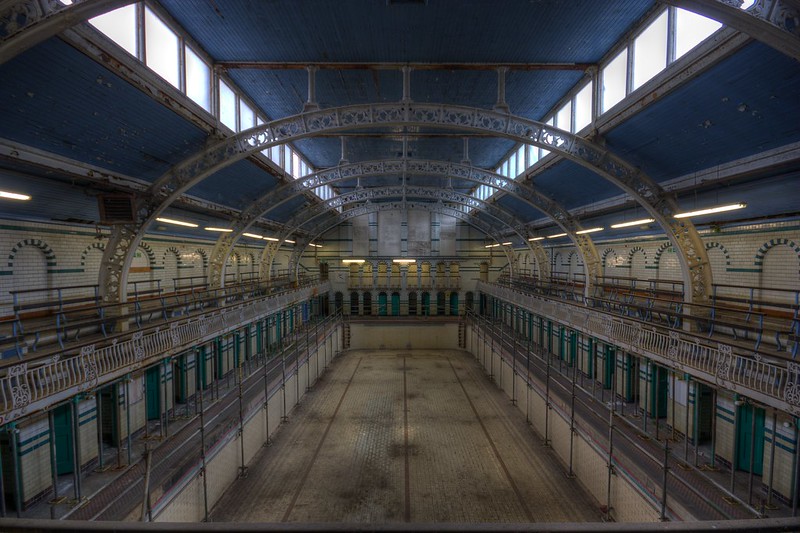 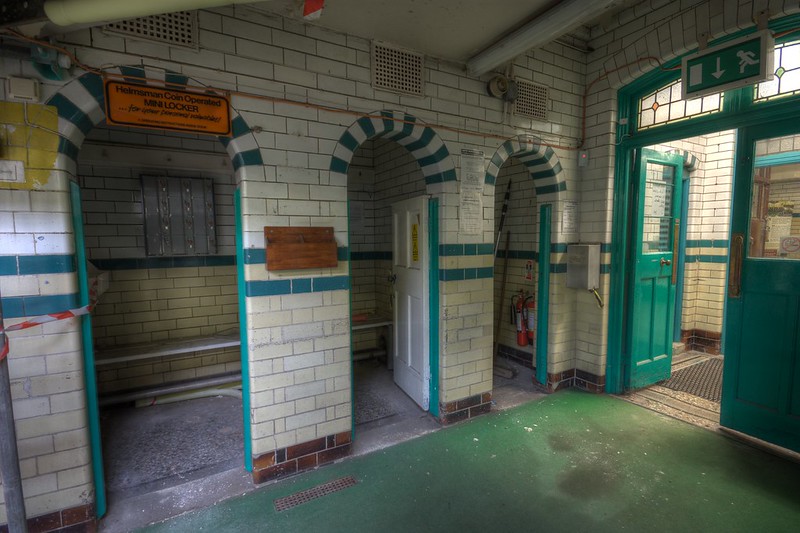 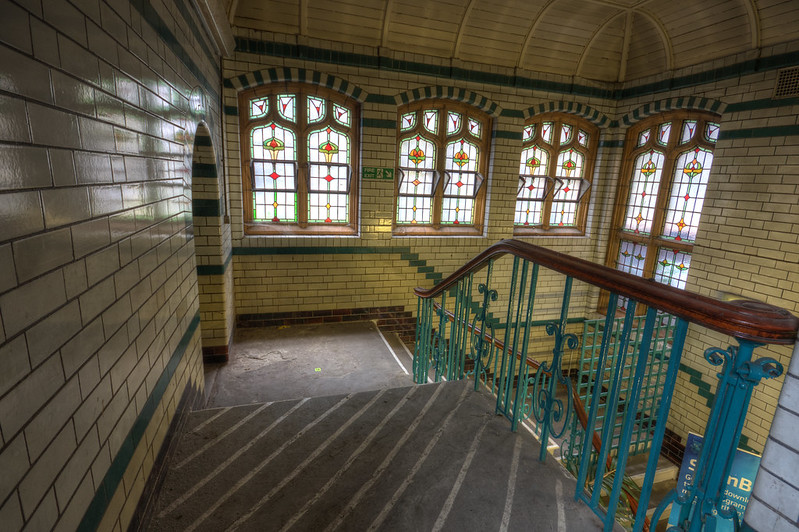 Beautiful Rich, thanks for sharing.

Amazing building and thanks for sharing.

You Nailed that Rich, I loved it, Thanks

Wow what an amazing place! Beautiful photos to match too!

GREAT pictures. Always nice when you meet some cleaners/minions who aren't jobsworths and happy to let you take some photos.
T

Wow what a place, nice one!
S

That is a absolute cracker - fantastic photos