MOUNT ST MARY’S CHURCH Redundant Roman Catholic Church, 1852, by architect and inventor Joseph Hansom. Chancel and transepts designed by EW Pugin, 1866. Gothic style. Presbytery roof slates are partly missing, the windows are boarded and broken and the interior of the church has been stripped. Surveyed following concern of the Council for public safety. Holding works have been undertaken

After the reformation it was not until the early part of the nineteenth century that there became a renewed interest in the Catholic faith. In 1829 the Catholic Emancipation Act was passed, and in 1850 the Catholic hierarchy was restored in England with the country being divided into dioceses, each with a Bishop.There followed the construction of many fine churches and cathedrals.Mount St Mary's is one of the architectural treasures of the city of Leeds. It is a grade two (starred) listed building dating from 1852.

The laying of the foundation stone was an act of faith in itself as the founders of the church, the missionary order of the Oblates of Mary Immaculate had little idea as to where the money was to be found to complete the building. The church stands high on the crest of Richmond Hill and can be seen from many parts of the city. The slope below the church had been known for hundreds of years as 'the Bank'.For many, Mount St Mary's is the Famine Church, the original chapel was established at a time when Ireland was only beginning to recover from the Great Hunger brought on by the failure of the potato crop in successive years from 1845 to 1851. Hundreds of families, many of them suffering from the effects of starvation and 'famine fever’, found home in what became Mount St Mary's parish.

The story of how the church came to be established in the first place, on the initiative of men from the neighbouring St Saviour's Anglican church who were received into the Roman Catholic Church is more than just a footnote in English Church history. These were the people who persuaded the Oblates of Mary Immaculate to establish a chapel in Richmond Street, the Bank.Since their foundation by the Sisters Oblates of Mary Immaculate.

Mount Saint Mary's stands in a district of Leeds traditionally known as 'The Bank'. This high ground dominates Leeds and had originally been used as farmland but by the late 1840's it had developed into an industrial area densely packed with mills and workshops whose tall chimneys billowed out smoke which all but obliterated the sun and choked the air.By this time, The Bank also became home to a large community of Irish Catholic families who had emigrated to Leeds to seek work building canals and railways and as millworkers. There were only about fifty Catholics living in Leeds in the 1780's but the Irish brought this to 10,000 by the 1850's. The majority of the new Irish Catholic community lived on The Bank. They were in the main very poor, their housing was quite appalling and without sanitation, disease and near starvation was commonplace.

The town authorities regarded the Irish merely as a source of cheap labour and did little or nothing for their physical or spiritual welfare.In 1851 a group of The Bank's Catholics had a chance meeting with Father Robert Cooke, a missionary from the Missionary Oblates of Mary Immaculate. They explained the plight of their community and this led to Saint Mary's Mission being opened by the Oblates. The first Catholic Mass was said on The Bank on October 22nd 1851.The Mission was set up in the 'Spitalfield Tavern', a disused public house which then stood at the bend in the road where Richmond Street today meets Ellerby Road.

By 1857 The Bank's Catholic community had not only established a thriving mission but also, despite it being desperately poor, had raised sufficient money to build and occupy Mount Saint Mary's church. Father Robert Cooke OMI knew that a local Catholic school was essential to the work of Saint Mary's Mission, this at a time when there was no legal requirement for children to attend any form of school. He looked to the Sisters Oblates of Mary Immaculate to support this work and they sent four Sisters to establish a convent and school on The Bank.

Their convent was at first in temporary accommodation in a small Orphanage at Hillhouse Place, a building which although now empty still stands.By 1858 the Sisters had raised enough funds to build a convent next to Mount Saint Mary's Church. It was not big enough to hold the steadily expanding school that moved out of the old orphanage into a few cottages adjacent to the new convent. The cottages must have been in poor repair as they collapsed in 1861 and the school worked temporarily in a cloister of the new church. More fundraising by the Sisters soon produced the £800 needed for new school buildings that were erected next to the Convent. 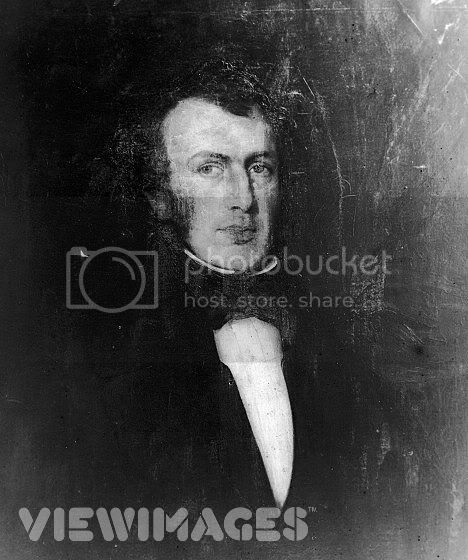 Joseph Aloysius Hansom is probably best known as the inventor of the Hansom Cab, which became so popular in the Victorian period. However, Hansom received only £300 for his invention, and was more successful as an architect.The architect and inventor J. A. Hansom was born in York, and was apprenticed first in that town and then in Halifax, before setting up in partnership with Edward Welch in 1828. Hansom designed and built Birmingham Town Hall in a noble, classical Roman style, but the firm was bankrupted in the process. Hansom went on to lead a varied career, partnering a string of different architects, inventing the famous Hansom Cab, and founding the eminent architectural magazine The Builder. Apart from the Birminham Town Hall, Hansom was responsible for various churches, mainly Roman Catholic, one of which is Mount St Mary’s, Leeds. 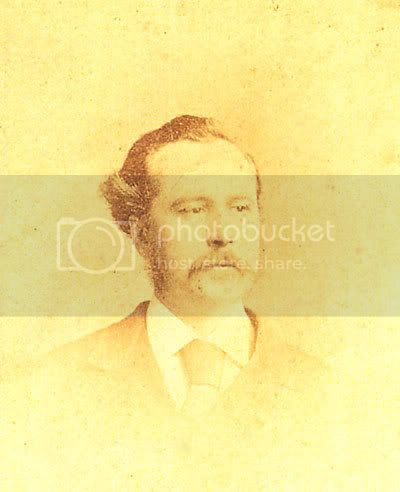 Edward Welby Pugin, son of Augustus Welby Northmore Pugin famous for his work on the Houses of Parliament. Pugin senior died at an early age and his work was continued by Pugin Junior who completed his fathers commissions and went on to become internationally famous in his own right. Part of this great architectural dynasty, Edward was influenced greatly by his father who died young and tragically after being committed to Bethlem Asylum. Much of his energy was spent in costly and pointless litigation to prove that his father's contribution to the Palace of Westminster was greater than that of Charles Barry. Possibly the greatest work by E.W. Pugin is the Monastery of St Francis, known locally as Gorton Monastery, which stands majestically on Gorton Lane, near to Manchester city centre. Until recently it was in poor state, and threatened with demolition, but it has now received grant funding and restored. It is one of Manchester's most important landmarks, not only appreciated by architects and academics as one of the finest examples of High Victorian Gothic architecture, but by a much wider local, and regional community.

Like his father, Edward also ended his days in a lunatic asylum.This country is indebted to the Pugin dynasty for it's immense architectural legacy and for the revival of Gothic architecture, a style which seems intimately connected with the sublimity of christian worship.

Plans for the convent at the side of the church

Typical housing on the bank. 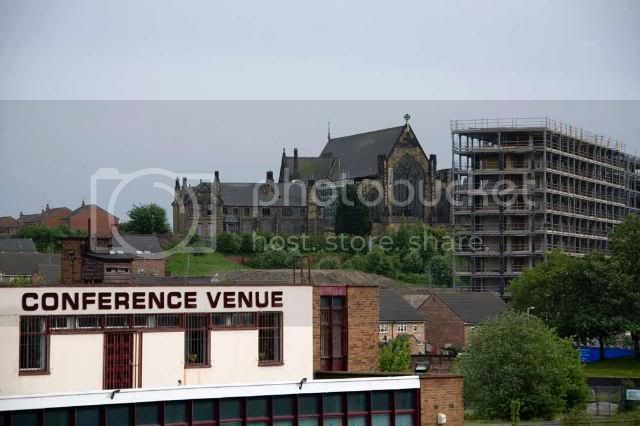 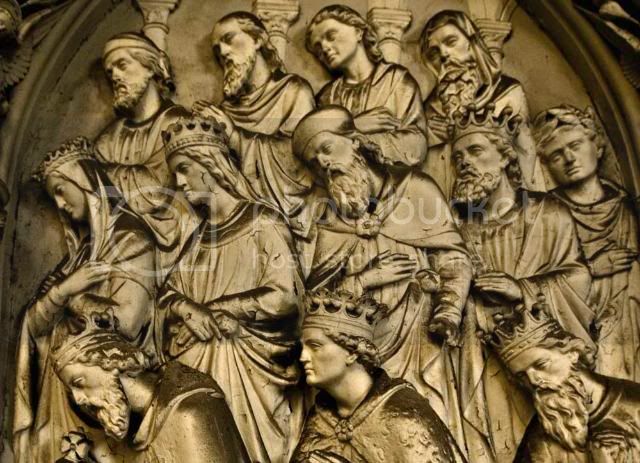 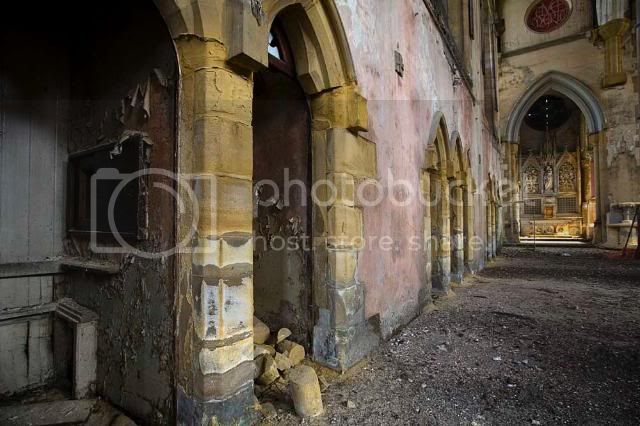 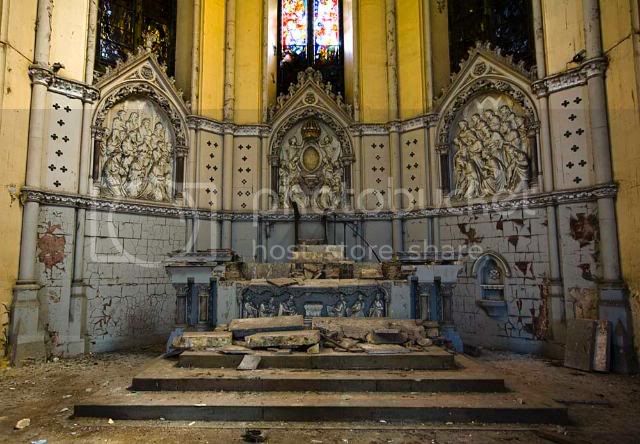 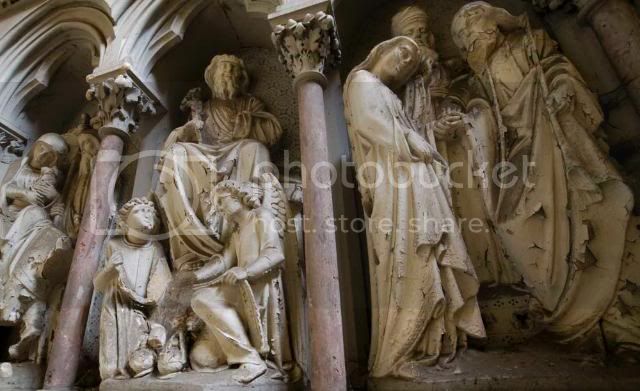 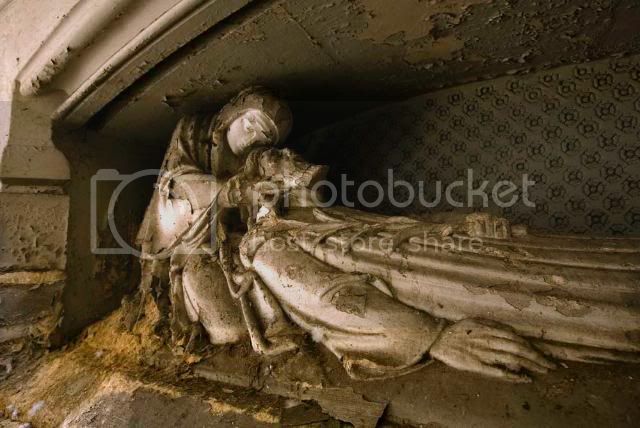 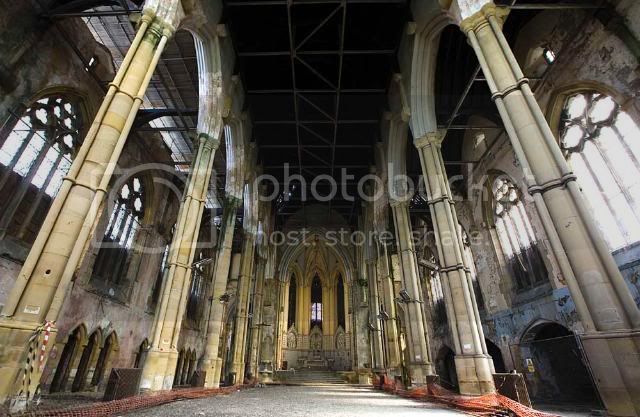 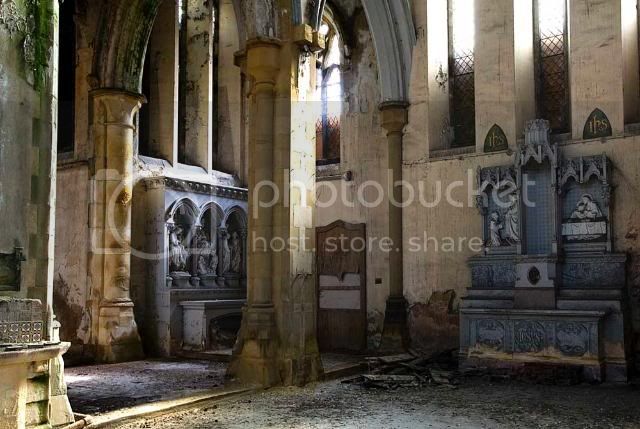 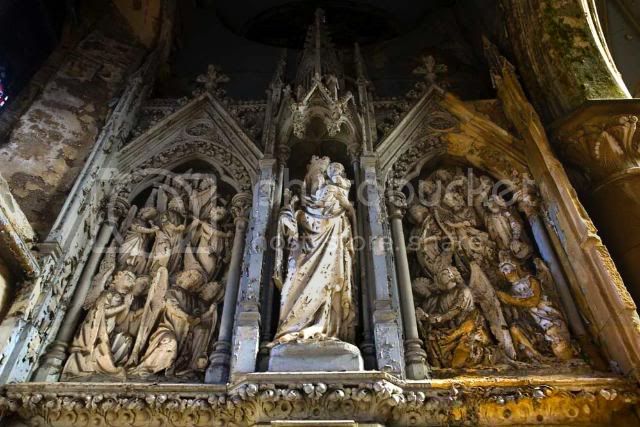 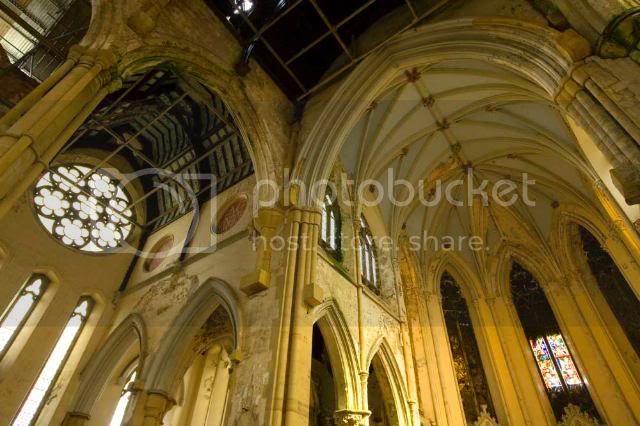 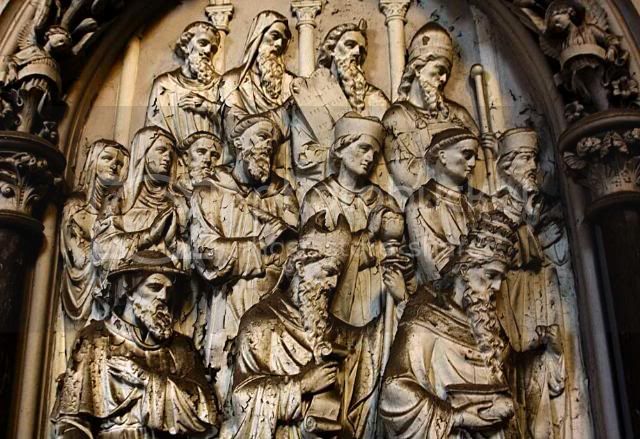 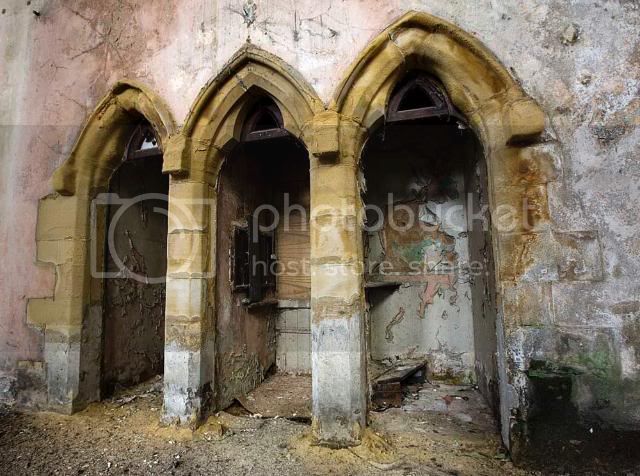 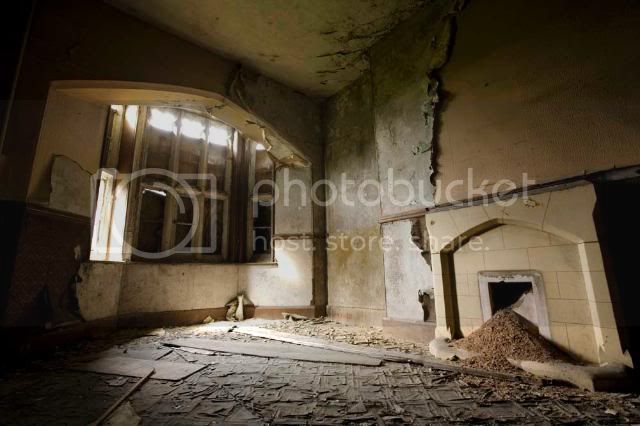 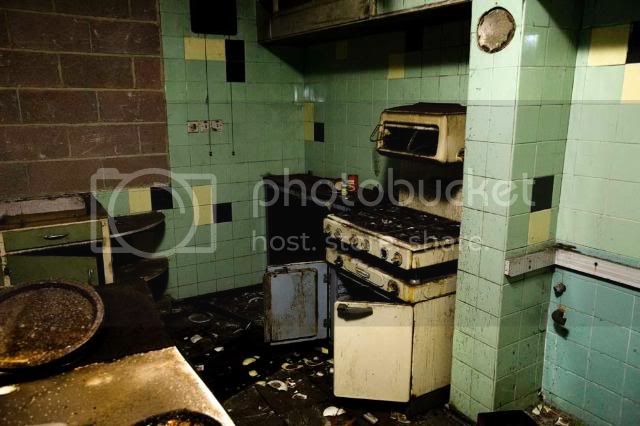 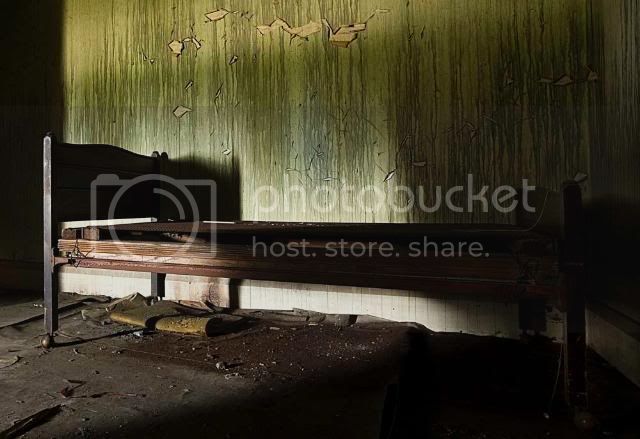 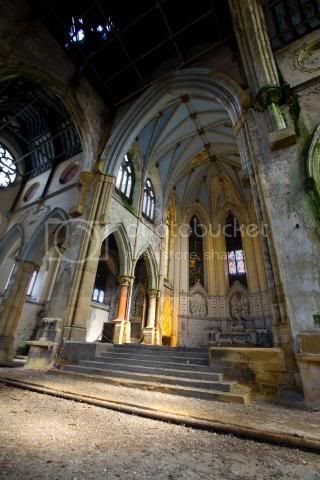 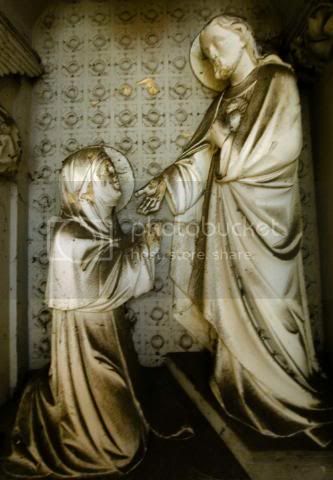 Interesting history. Did ya know that as well as being famous for being involved in the Palace of Westminster (Houses of Parliament) with Barrie, Pugin also designed the majority of the semi-ruinous Alton Towers. Well done for digging up those old photos -brings some context to the place.
Thanks for sharing buddy

Great report and pics as always. Thanks for all the history. Quite an impressive place isn't it except for the inches of pigeon s**t that is!

Then again that WAS quite an impressive build up

. Sqwasher and I will have to get pics up from our visit.

Some amazing shots on here

Fabulous history and photos, silverstealth. Excellent report as always. Such a fascinating church.

Excellent report as always SS, the old pics are great. Really like Pic 15 looks like it would have been a light church. I hope they save it.
You must log in or register to reply here.