Whilst it was a nice weekend here in Norfolk I thought I would get up the Norfolk coast with my camera and see some World War Two stuff..we have our fair share around here.i visited a few bits.but not really enough to make separate reports so I have bundled them into one report.

First stop was just as you enter the village of Walcott is a pair of spigot mortar bases.this is the first time I have seen two so close together 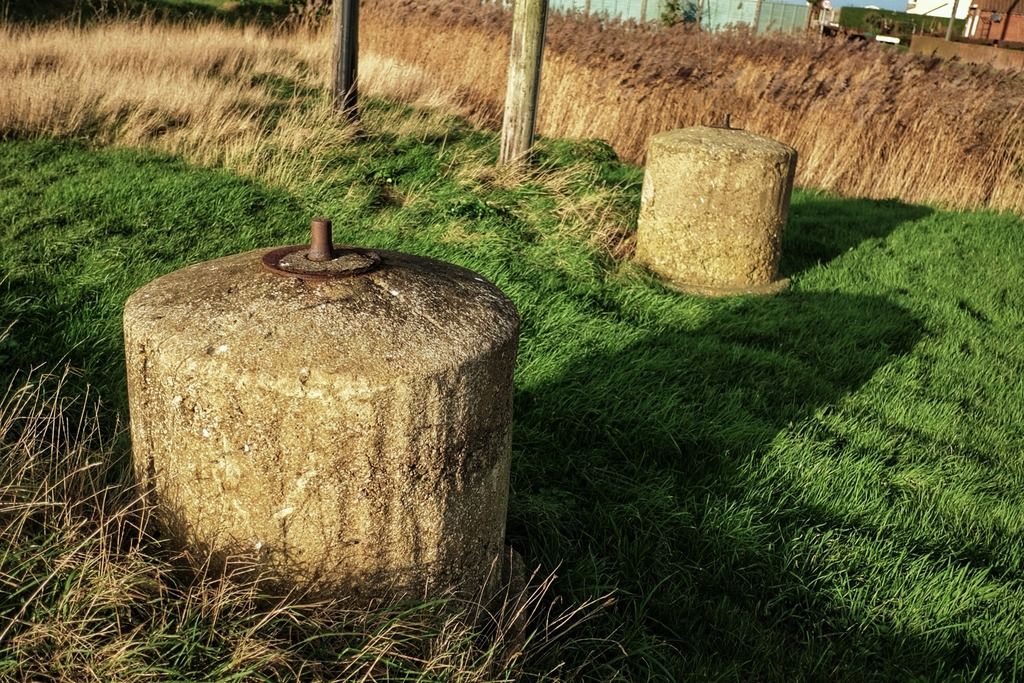 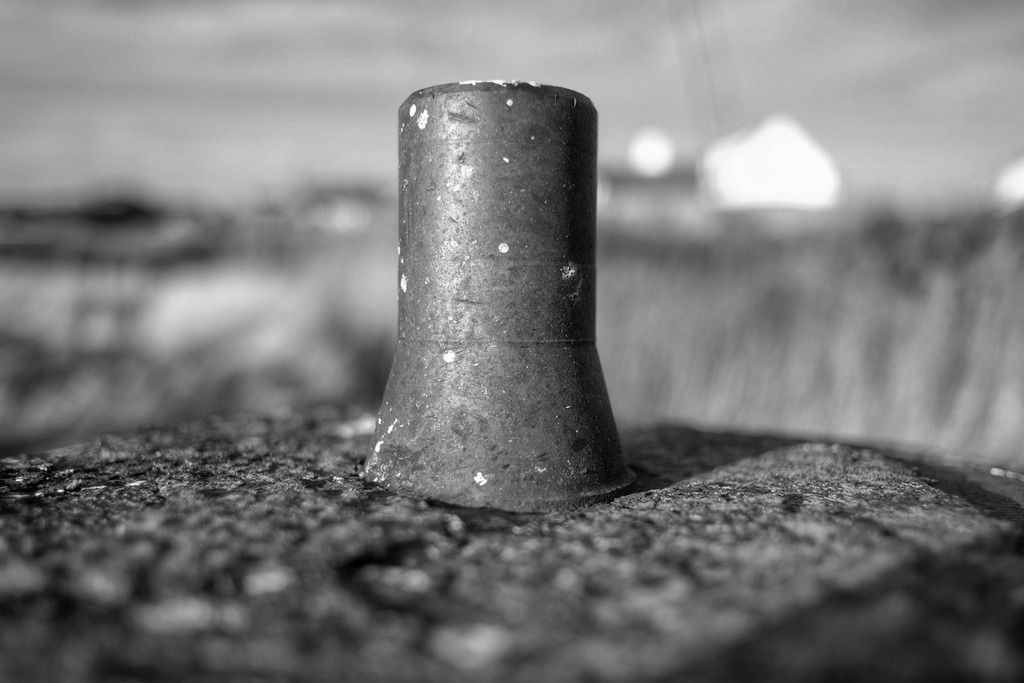 Then a few miles up the road is mundsley gun battery.the site is mainly intact.built in 1941 to cover the east coast along with many other defences along out coast it consisted of two gun houses which led on to concrete plinths they housed six inch naval guns.underneath is tunnels and and store rooms and ammunition stores.there was also three auxiliary buildings.only two survive at the rear of the site.these were generator blocks.the site was put on care and maintenance in 1944.the tunnels are not accessible 1) because it's boarded up tight with sleepers and 2) the place is one big bat colony and if you are caught trying to get in here you will be for the high jump and rightly so too.

One of the two remaining auxiliary buildings 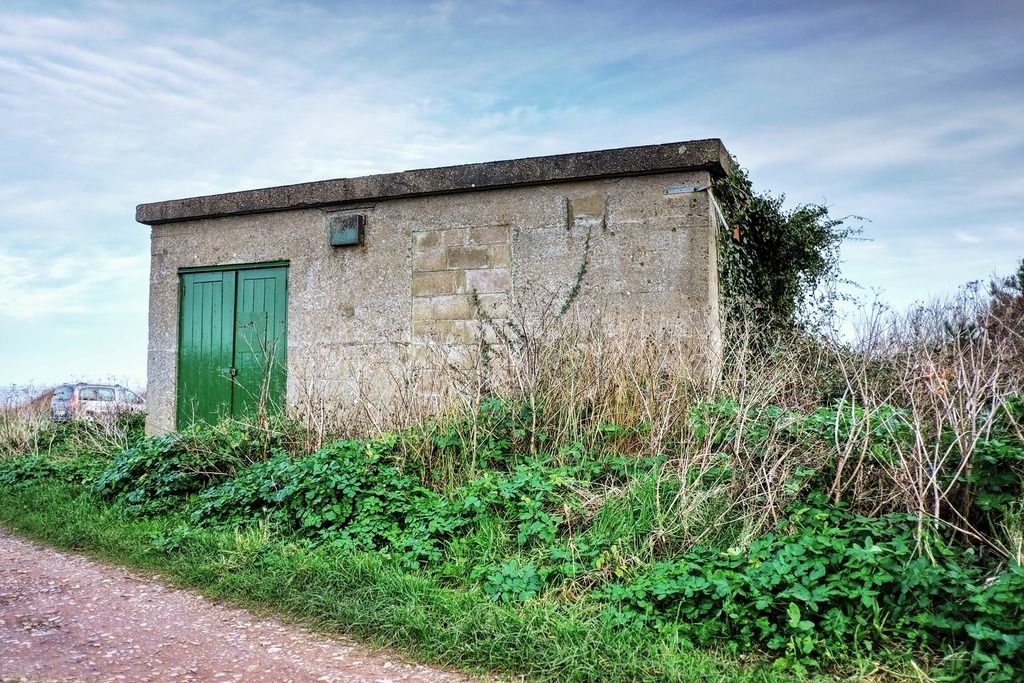 The mounting bolts for the six inch guns 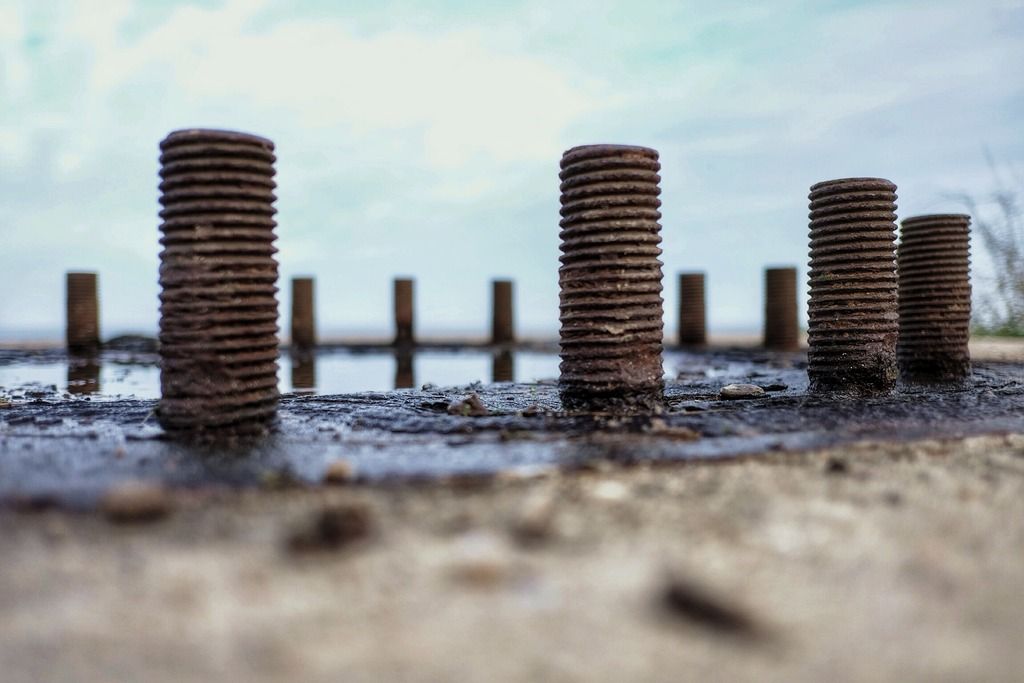 Looking across to the other gun house 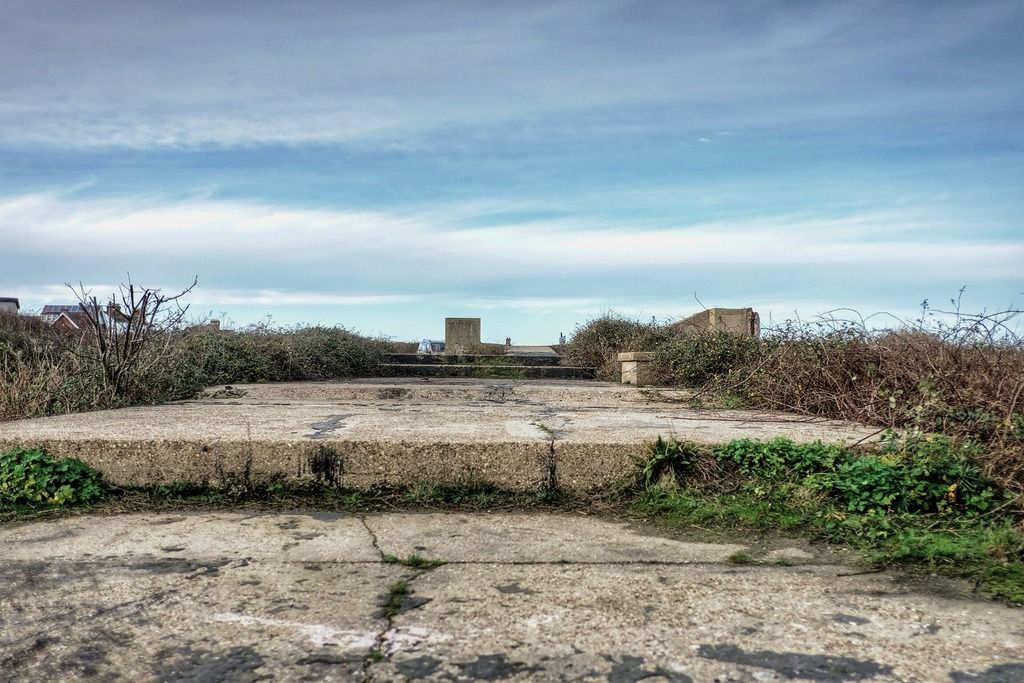 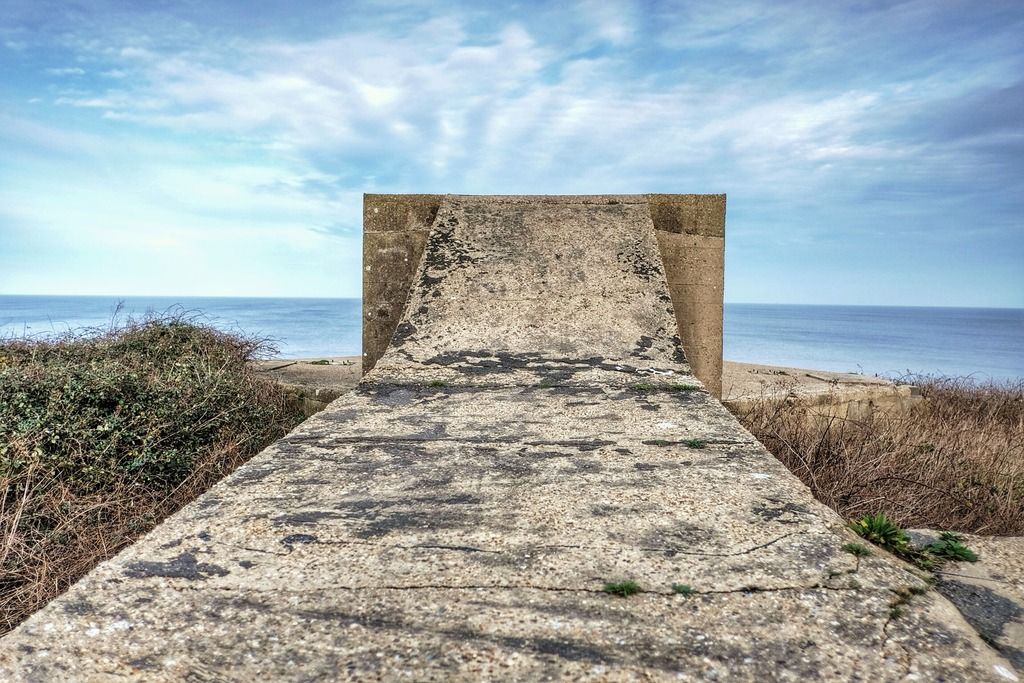 Gun platform two.you can see the main gun mount in the middle.but there was two other mounts either side.my guess these housed two smaller guns 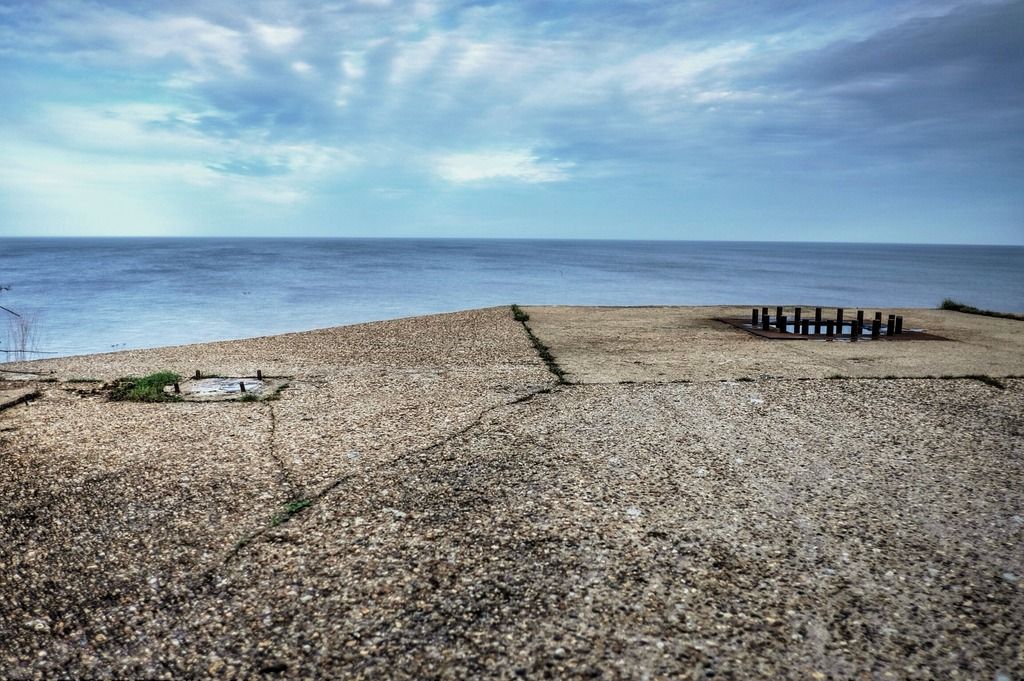 Looking to the front of the gun house 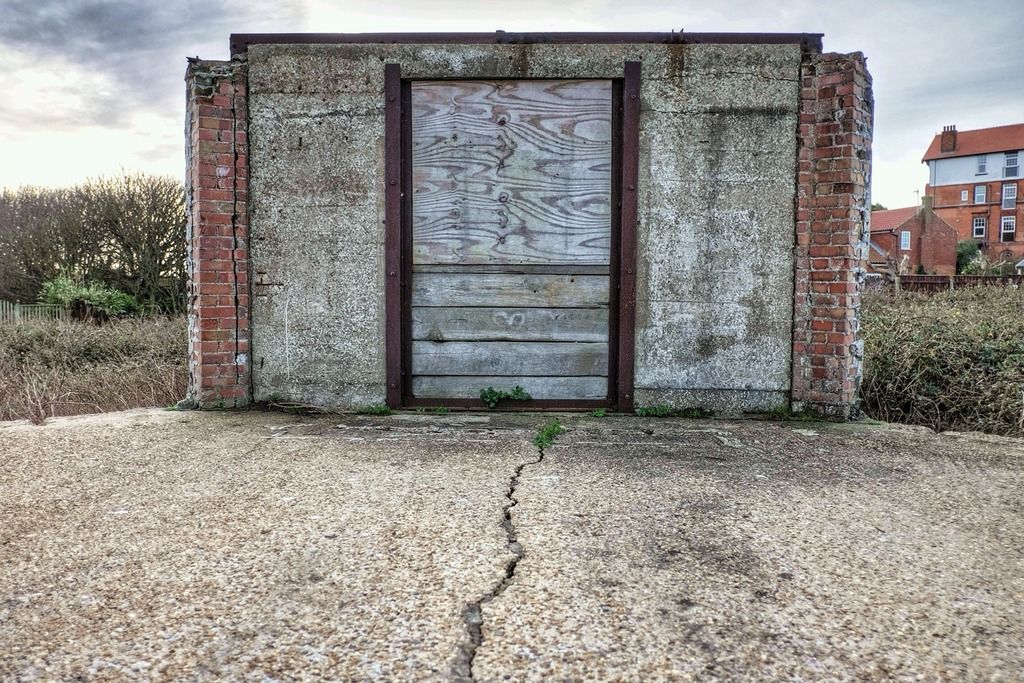 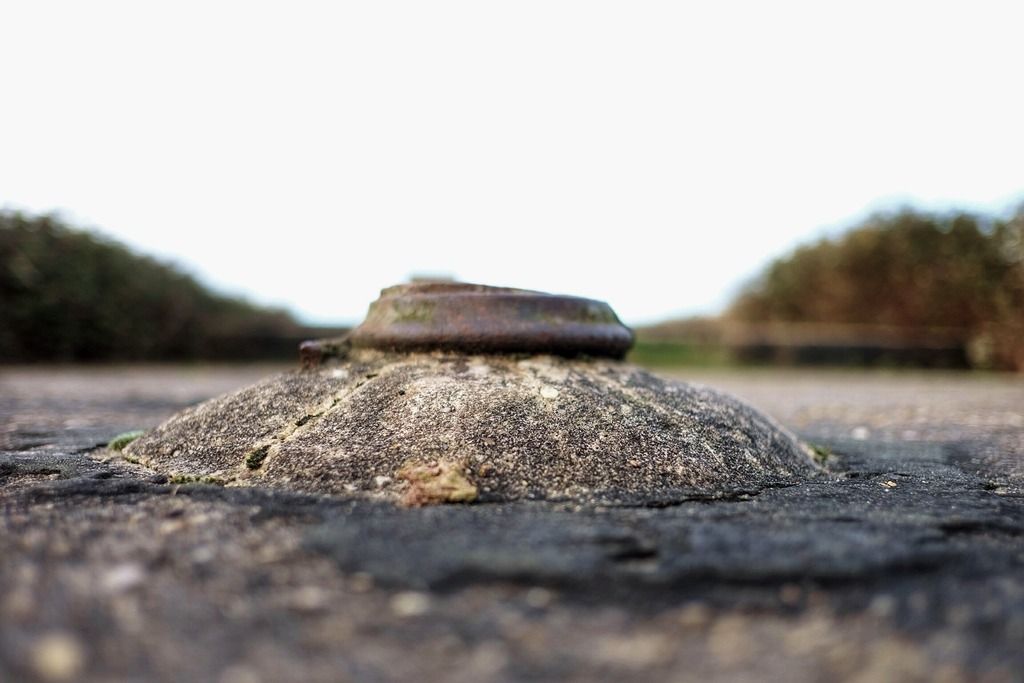 The hotel behind was rumoured to be an observation post for the battery and to house the crew too.and off subject it was not too many years ago this lay derelict for many years.my god I wish I was exploring then 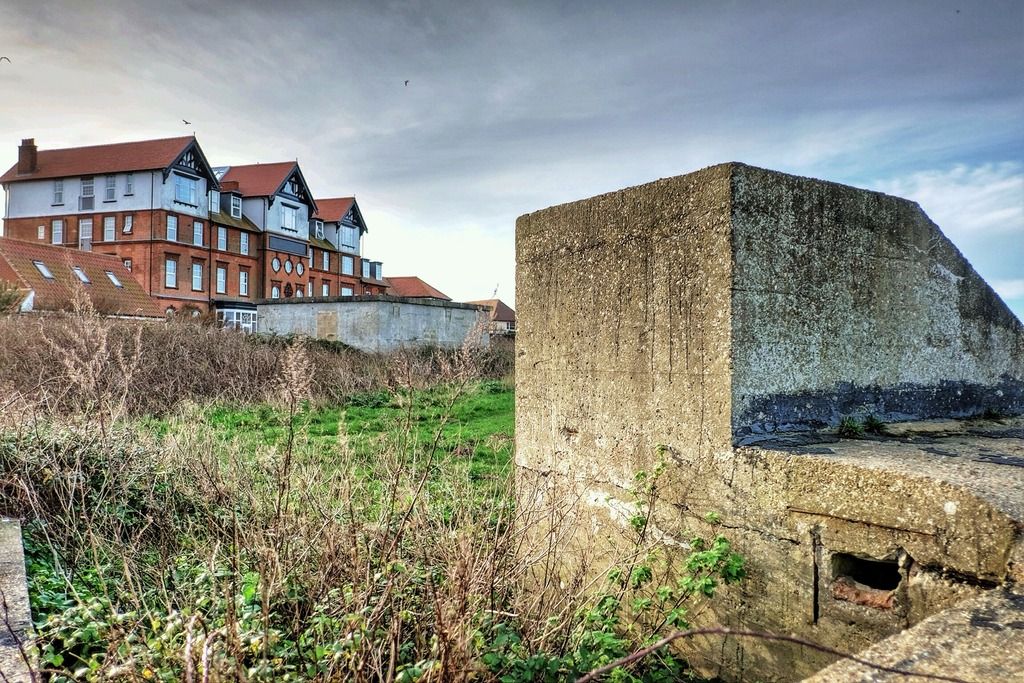 I then headed up the road to raf trinningham,but stopped to get a picture of the pillbox situated just down the road and used to protect the site.is still has the oerlikon gun mount on the top. 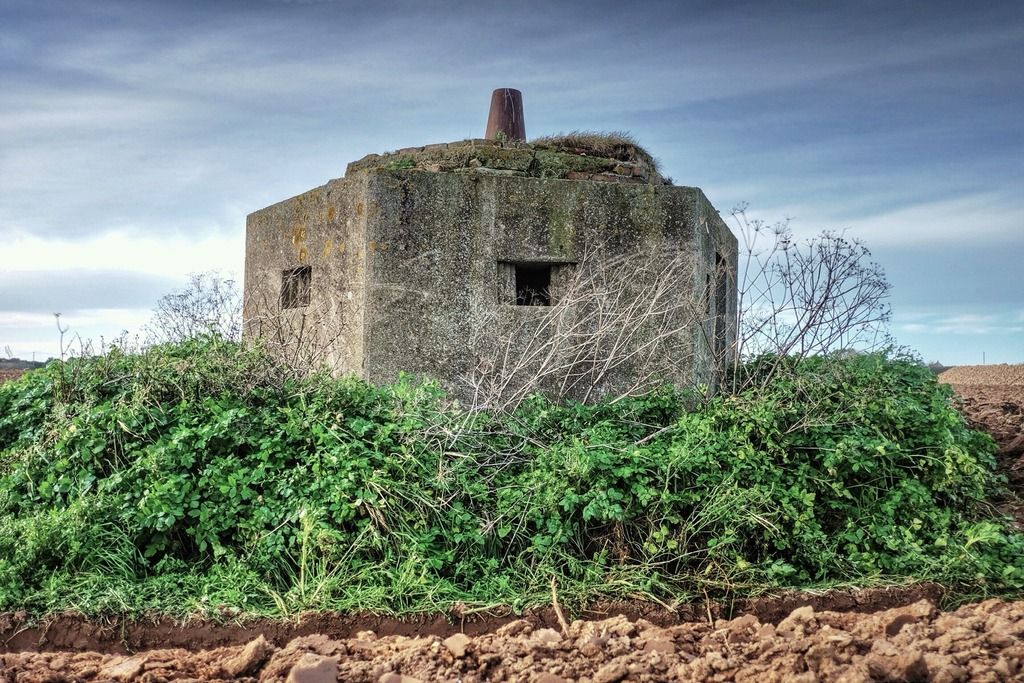 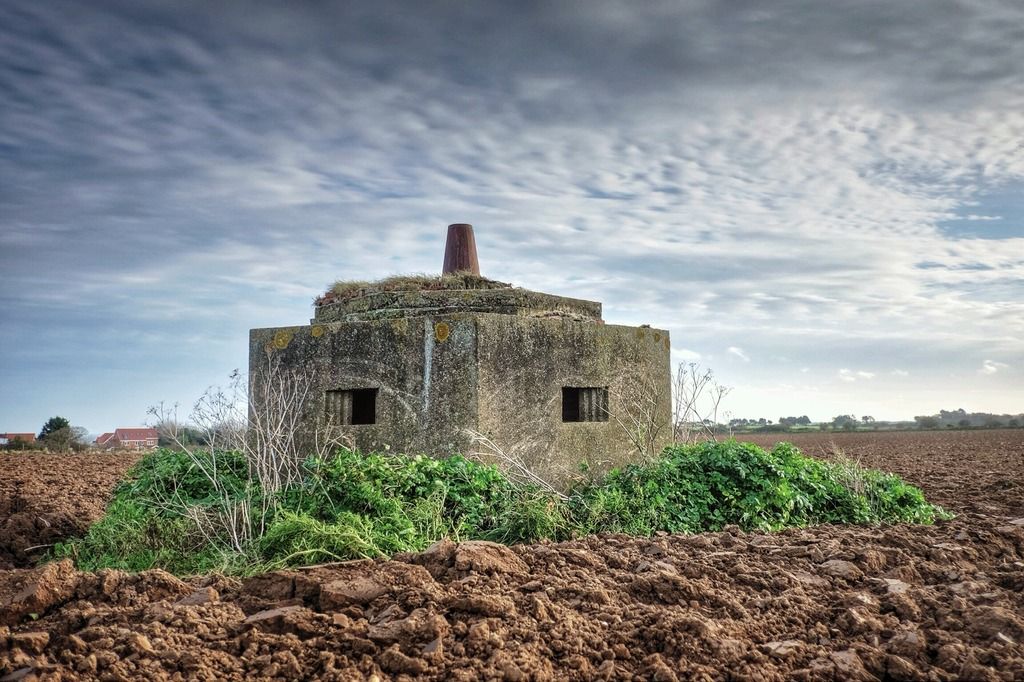 Raf trinningham was a coast defence and chain home low station built in 1941.it was used n the detection of submarines and low flying aircraft.it later added a oboe station,this was one of only six in the country and was used in the navigation aid of bombers flying to the continent.the site redeveloped as part of the ROTOR programme and a large bunker I know still exists on the other side of the road.its also a very live site and used as a radar site and is a satellite or raf neatishead.the large white ball which houses the new radar dominates the Norfolk coast there..because this site is opposite where I wanted to look.i was a bit wary of taking photos so close to a very live military site so I saw one of the personal near the gate and asked him if they would not mind me taking photos of the old buildings even though it's not MOD land.he was fine and said yeah no problem.better to be safe than sorry in this day and age

Some sort of generator block.it had a plinth inside with metal mounting pins 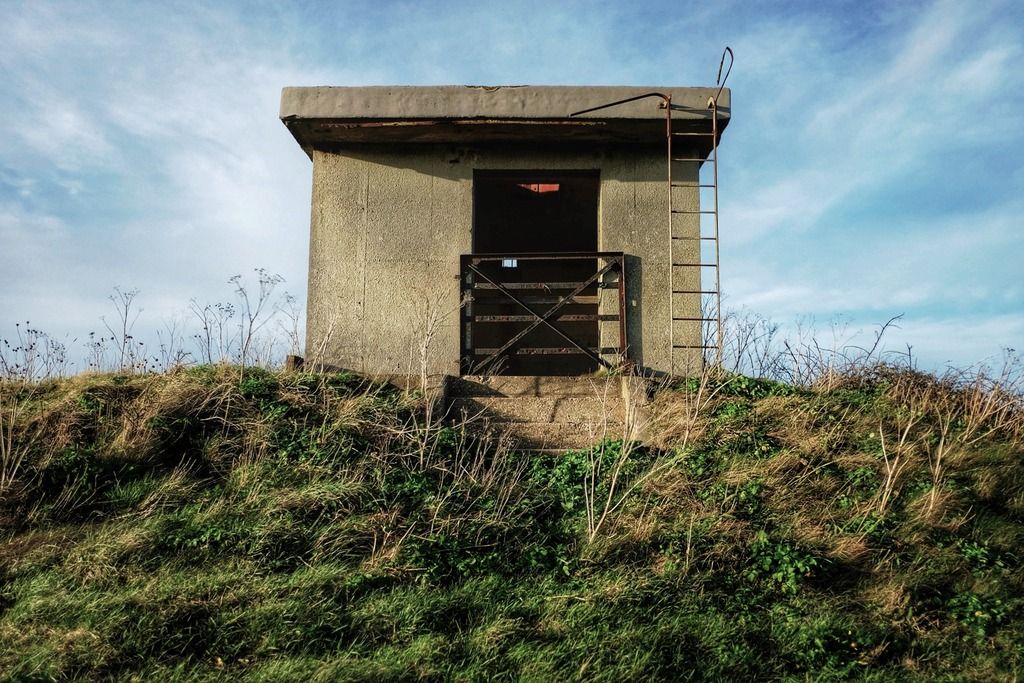 I think this may have been some sort of watch block as it was the nearest to the cliffs and faced out to sea. 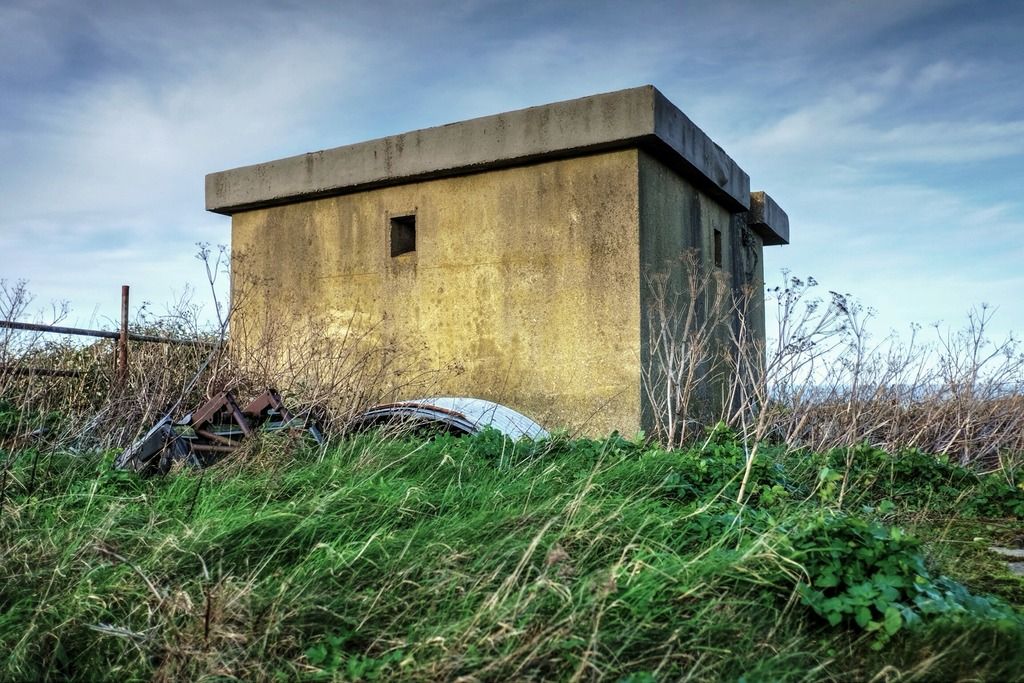 This is the main block consisting of a few rooms.and a garage block.the local farmer must use this as it was full of junk and and rubbish sprawled everywhere outside.the main room had a load of battery hen cages.i did not even bother taking internals as it was so crammed with stuff. 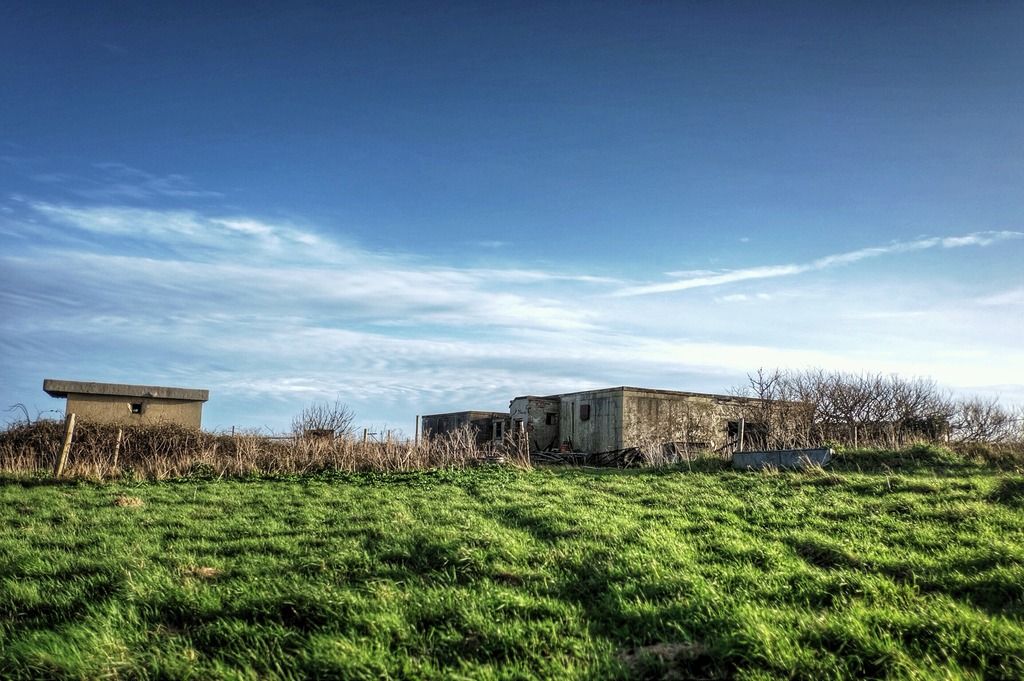 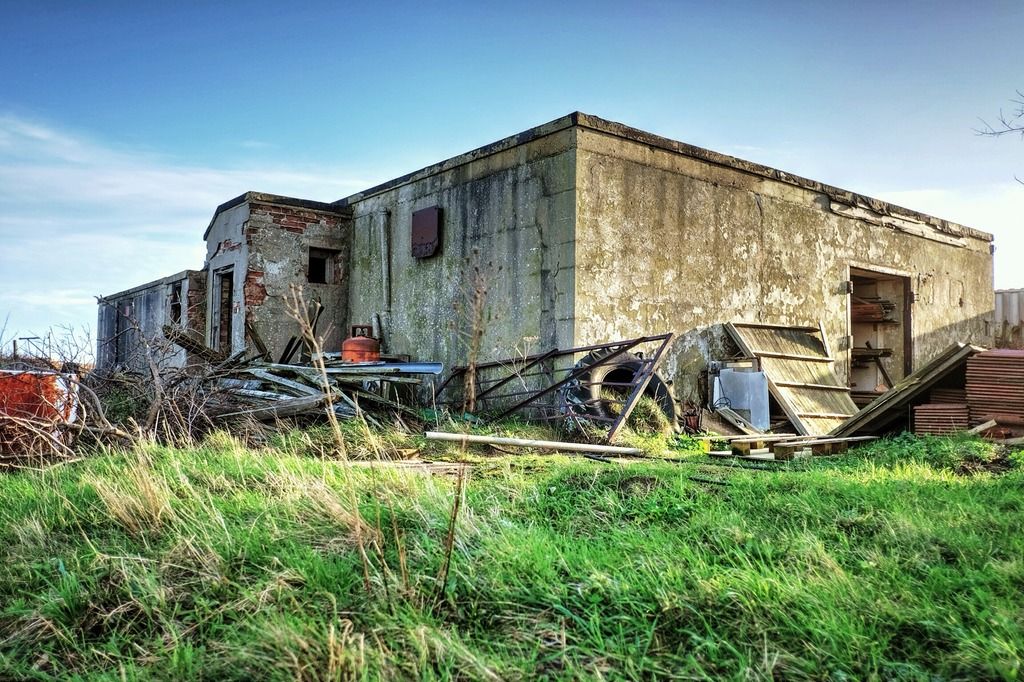 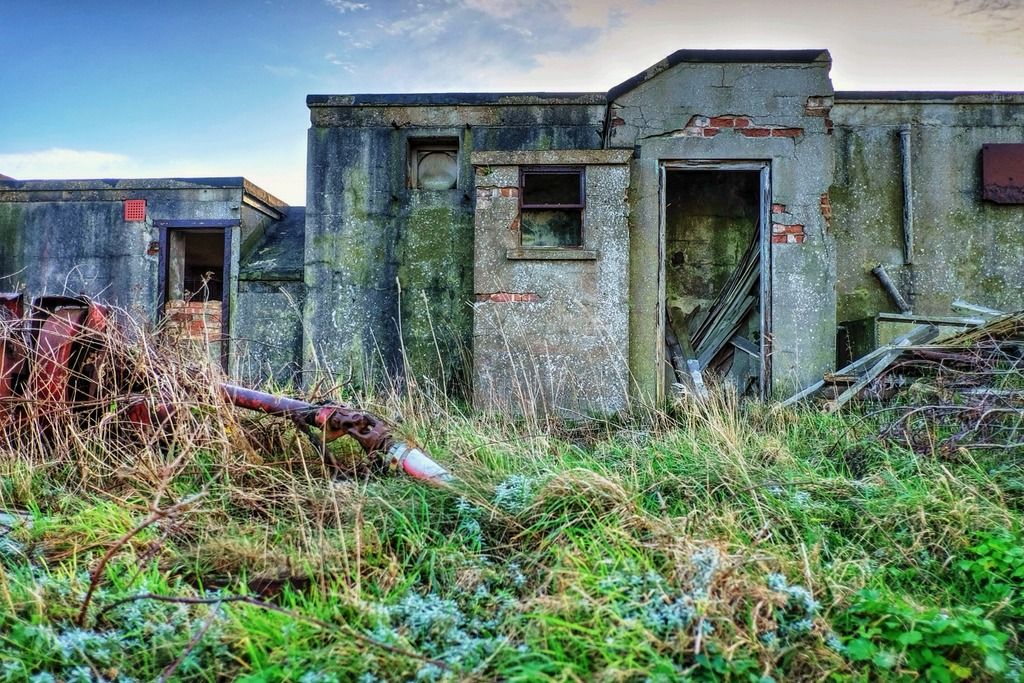 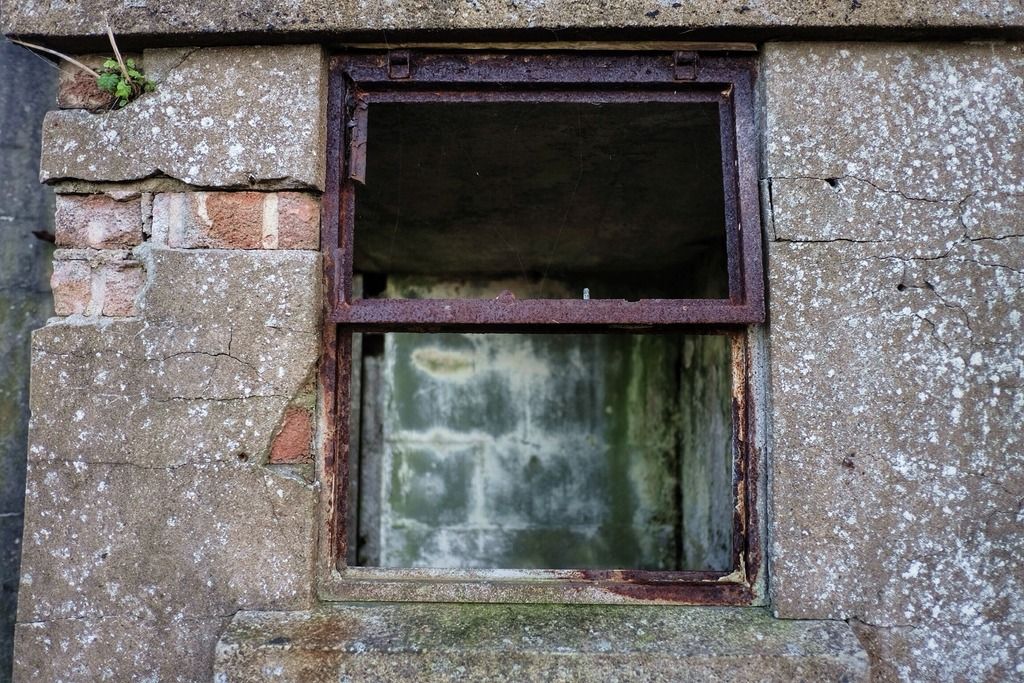 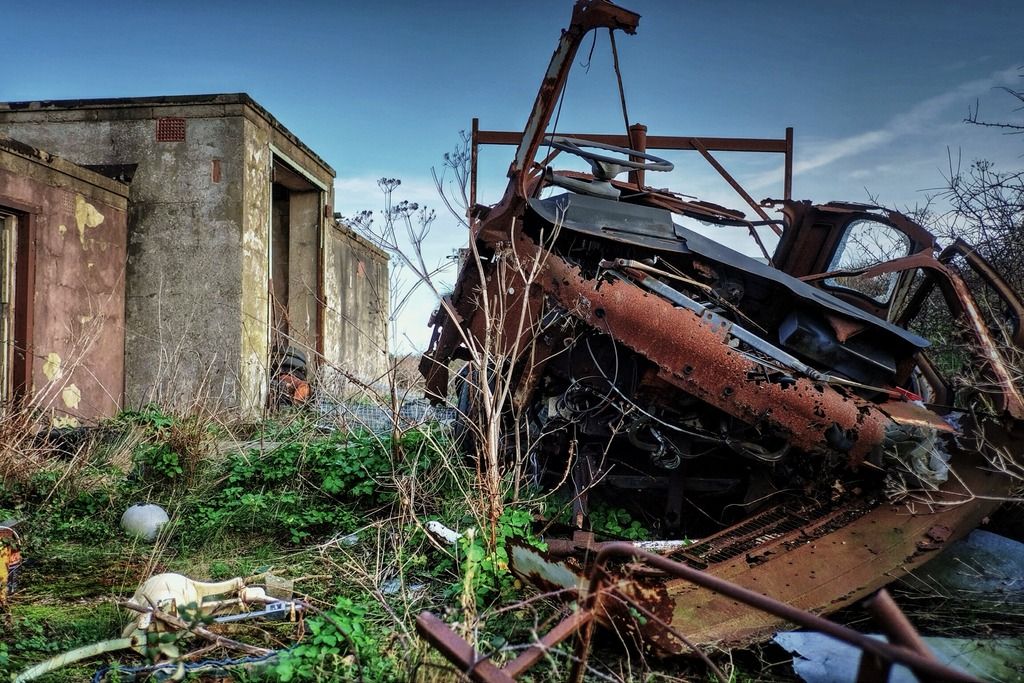 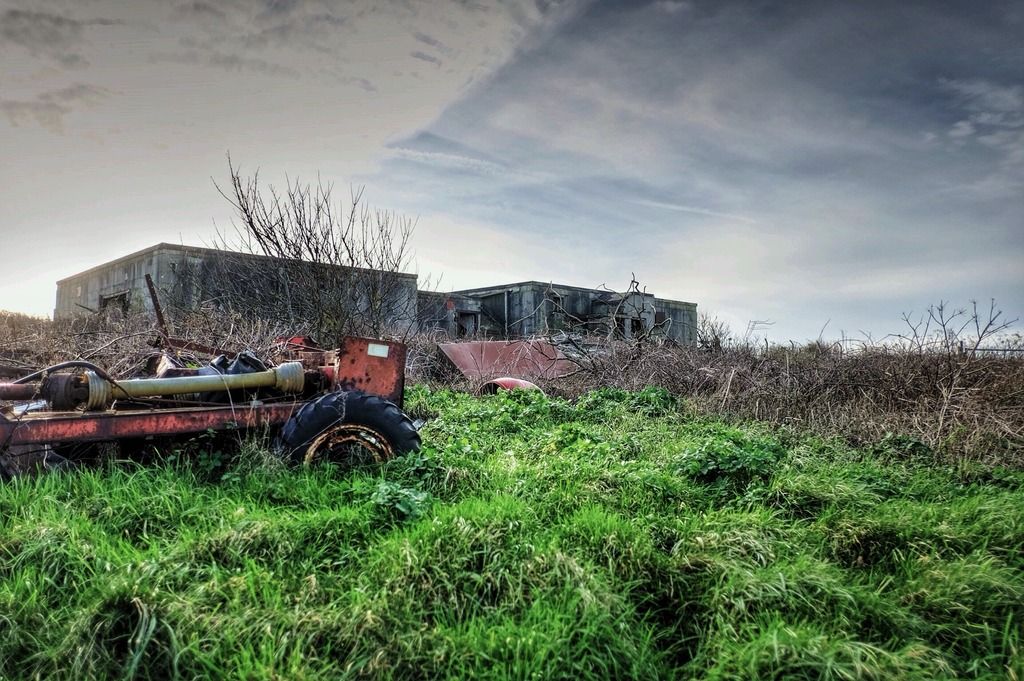 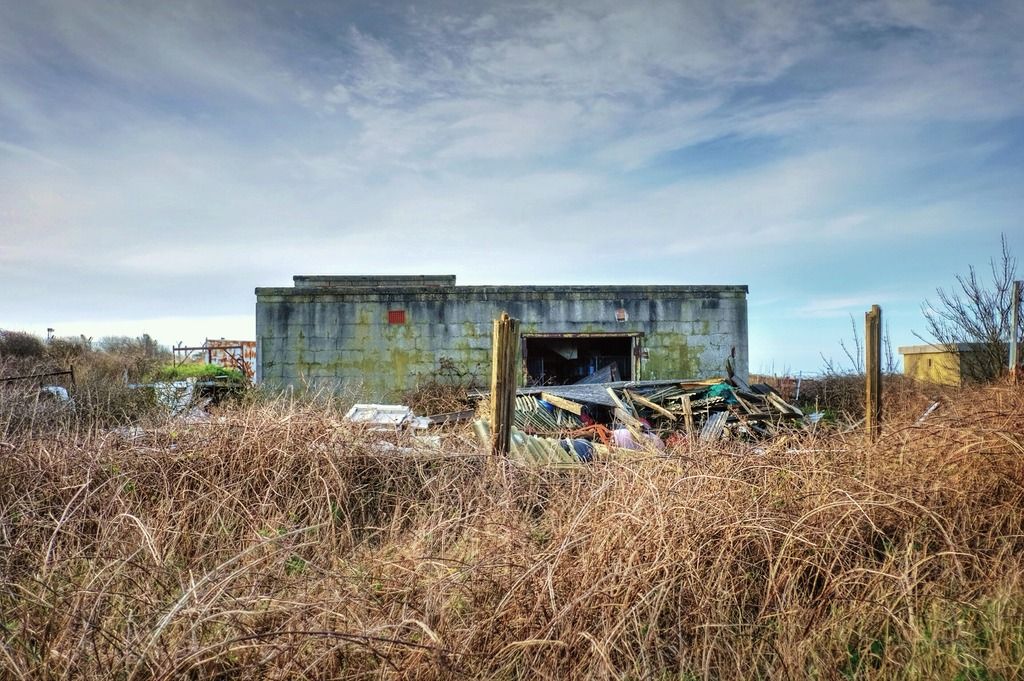 There was these plates dotted around.i am not totally sure what they were used for.my guess is they are mount supports for the radar mast themselves.. 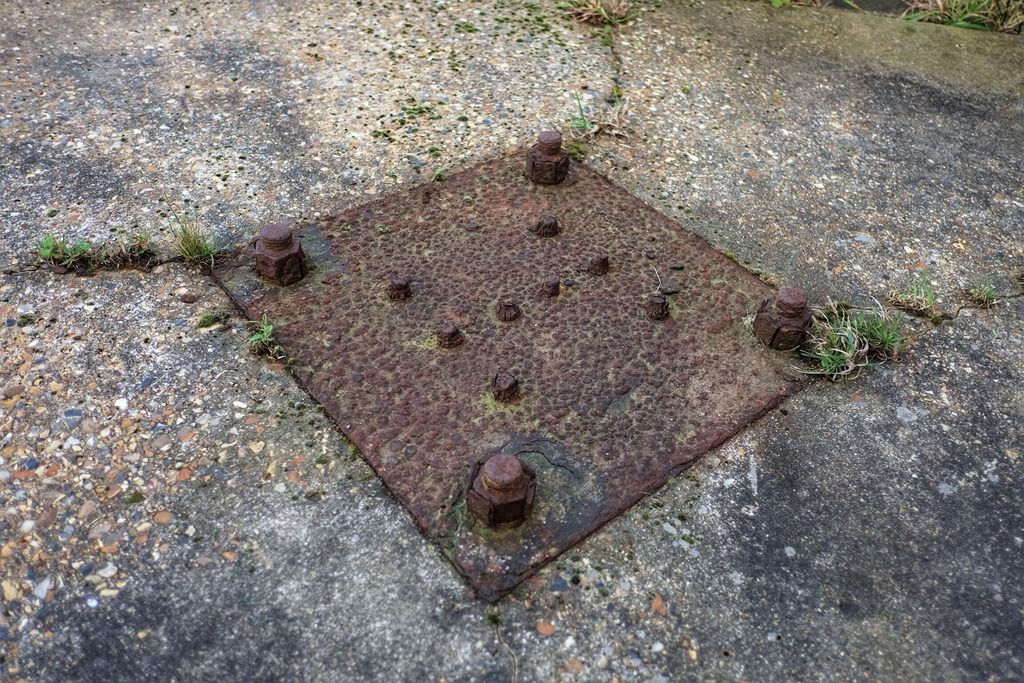 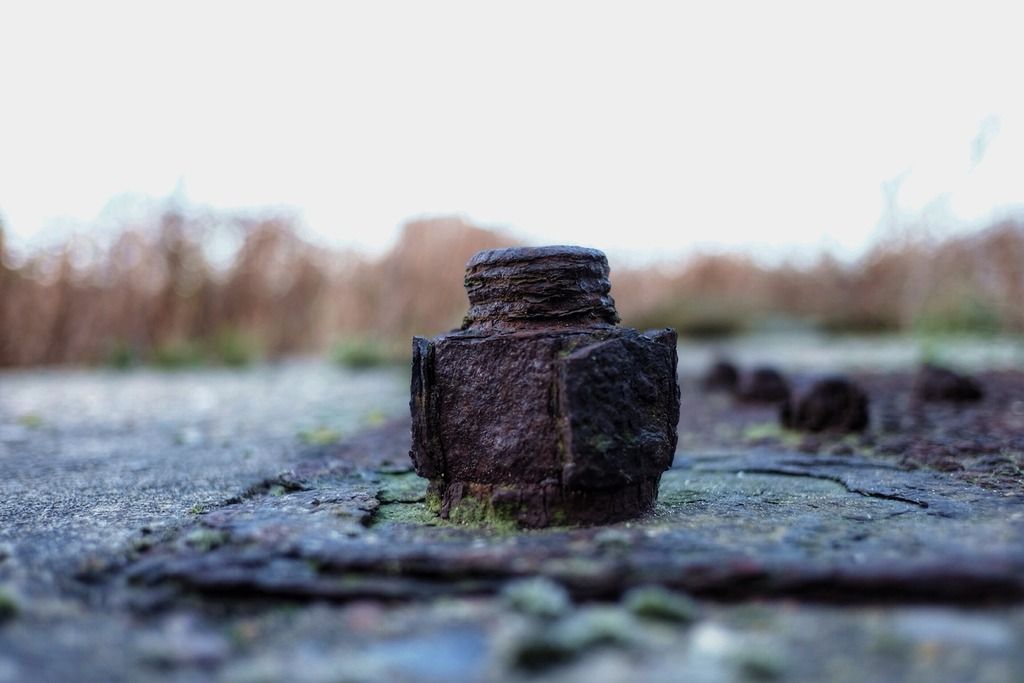 And finally I saw this in the grass.i have no idea what it is it was sticking up.and like bomb shell shape with water in a circle around it 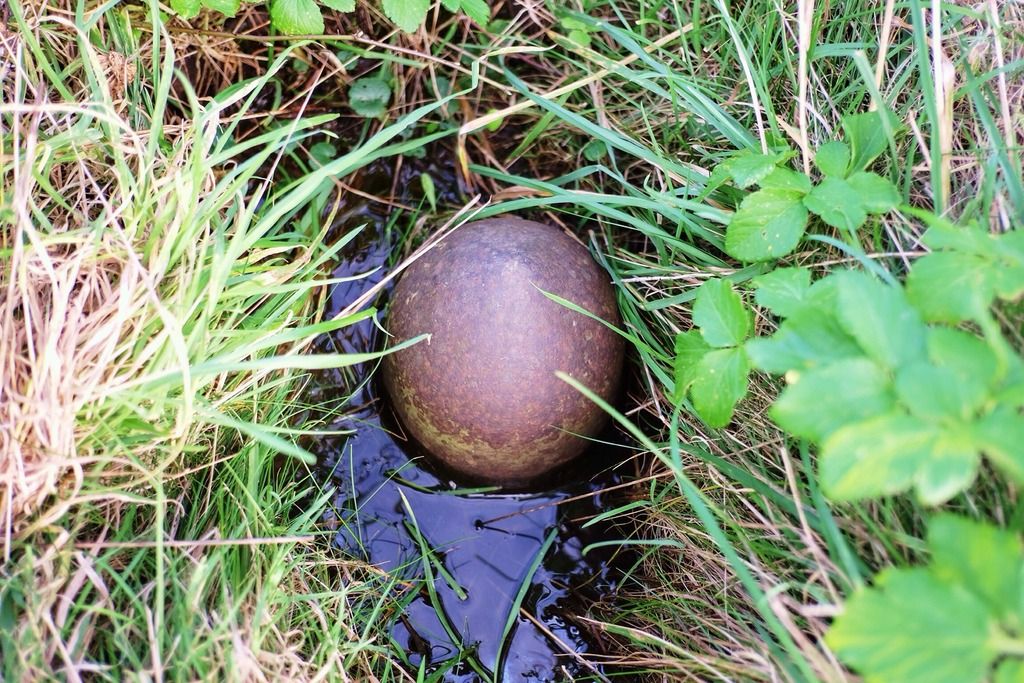 There was a few more buildings around but they were so overgrown I could not get near them.secretly I was hoping for tunnels around here because I am convinced there must be some.and doing a bit of research after there is rumour of them.

These photos are brilliant!

dauntless - UE said:
These photos are brilliant!
Click to expand...

Thank you dauntless.its much appreciated
D

Those spigot mortar bases must have been moved - anyone local know where they were originally sited?
T

Beautiful day to get some great shots
L

I liked th shot of the threaded mounts, I have taken very similar shots of mining machinery mounts here in Cornwall, I'll dig it out and PM it to you, Another goodun Mikey, Thanks

smiler said:
I liked th shot of the threaded mounts, I have taken very similar shots of mining machinery mounts here in Cornwall, I'll dig it out and PM it to you, Another goodun Mikey, Thanks
Click to expand...

I look forward to it smiler very much

Superb pix and great commentary. What more could one ask from a report?

HughieD said:
Superb pix and great commentary. What more could one ask from a report?
Click to expand...

Echoing all the other comments !! A top notch report THANX !!
D

Unfortunately the photograph gives no indication of scale - It could just be the steel ball out of a ball/socket mast mount or even the end of a semi buried oxygen cylinder. It could even be a Nelson era cannon ball off the nearby beach, stranger things have happened. Somebody will have to push a stick or hand into the water and find out.

Nice one Mikey!
B

many happy memories of playing at the mundsley gun battery as a kid. The large building in front of it i think it used to be a hotel was semi derelict back then as well.

Would of been nice to have a look around the hotel back in the day.
You must log in or register to reply here.