1. The History
Quite a bit of history about this place on the net. Honorary mention to Martyn Fretwell’s excellent BlogSpot HERE Oakwell Brickworks, Ilkeston The Oakwell Brickworks located on Derby Road in the Derbyshire town of Ilkeston started upon circa 1874 and continued to produce bricks until its closure in mid-December 1966, due to a lack of demand for bricks. Harry Bostock & William Sudbury first leased the land from 1st Baron Belper in 1872 and formed the Oakwell Colliery Co. to extract coal from the Furnace seam. The brickworks due south-west of the colliery is shown on an 1879 O/S map, putting their commencement of operations in this five-year window. Prior to 1913, the works consisted of four downdraught kilns, a drying shed in which they also produce handmade bricks, a brickmaking shed, a boiler house plus other associated buildings and offices. However, by 1913 a Hoffmann kiln had been built over the site of one of the kilns.

A Hoffmann kiln is a series of batch process kilns used to produce bricks. It was first patented by its German inventor of the same name back in 1858. A main fire passage is surrounded on each side by several small rooms, each of which contains a pallet of bricks. The main fire passage contains a fire wagon fuelled by wood or coal that burns continuously. Each room is heated until the bricks are “vitrified”, then the fire wagon is rolled to the next room to be fired. One room is connected to the next via a passageway carrying hot gases from the fire. The hottest gases are directed into the room that is currently being fired, then passed into the adjacent room next scheduled to be fired. There the gases preheat the drying bricks. In addition to the inner openings into the fire passage, each room also has an outside door where recently fired bricks are removed to be replaced with wet bricks to be dried and then fired in the next firing cycle.

The kiln itself is rectangular is shape with rounded ends and walls that taper inwards to the corrugated iron roof. It has two tiers of openings; the lower tier has 14 round-headed entrances to the two parallel segment vaulted furnaces and the upper tier has 10 square openings. 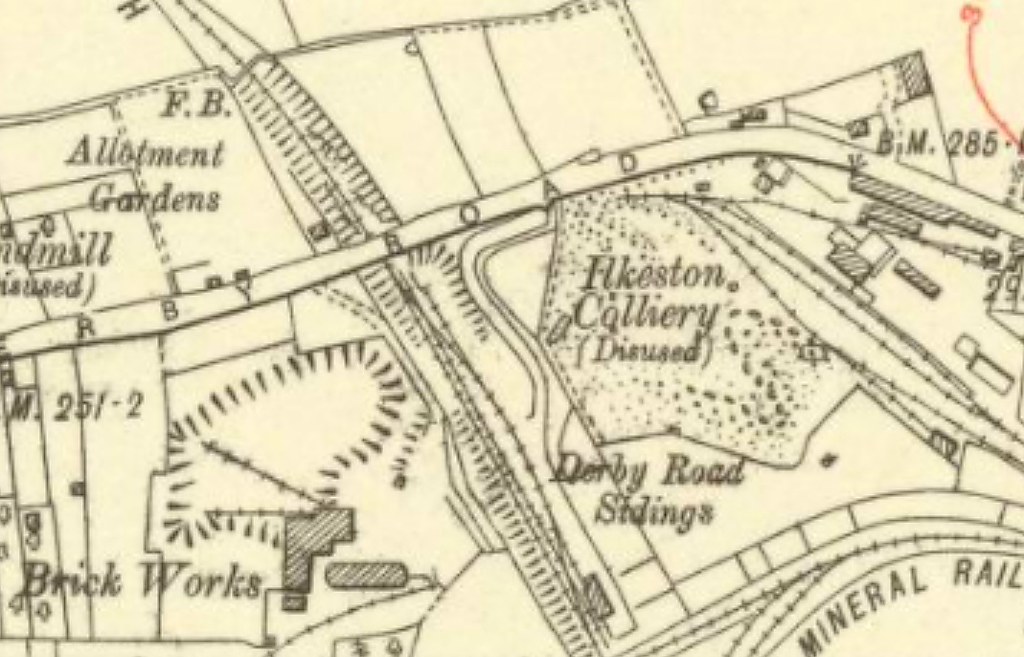 Ilkeston Colliery closed in 1910 (see 1913 map above with colliery marked as disused) and the brickworks was sold to Henry M. Worthington who established The Oakwell Red & Blue Brick Co. Ltd. in February 1916. Sadly, later that year, Henry died, and his brother William became manager of the works. In February 1919, the Stanton Ironworks Co. purchased all the shares in the company but continued it operations as an independent company under the original ORBB Co. The brickworks were fully incorporated into the Stanton Ironworks Company in 1930, managed by William Worthington continued as manager of the brickworks until his retirement in 1946, ending a 33-year-old involvement with the works. William had started at the brickworks in 1913, so spent 33 happy years there.

In February 1942, the brickworks closed temporary closed due to a combination of the economic impact of the war and the risk of light coming from the kilns compromising the blackout. However, the works re-opened in November 1945, producing over 3 million bricks annually. However due to the combined effect of the inconsistent nature of the Oakwell clay measures and the lack of demand for bricks the brickworks finally closed in mid-December 1966.

Brickworks pictured in May 1965, prior to its closure: 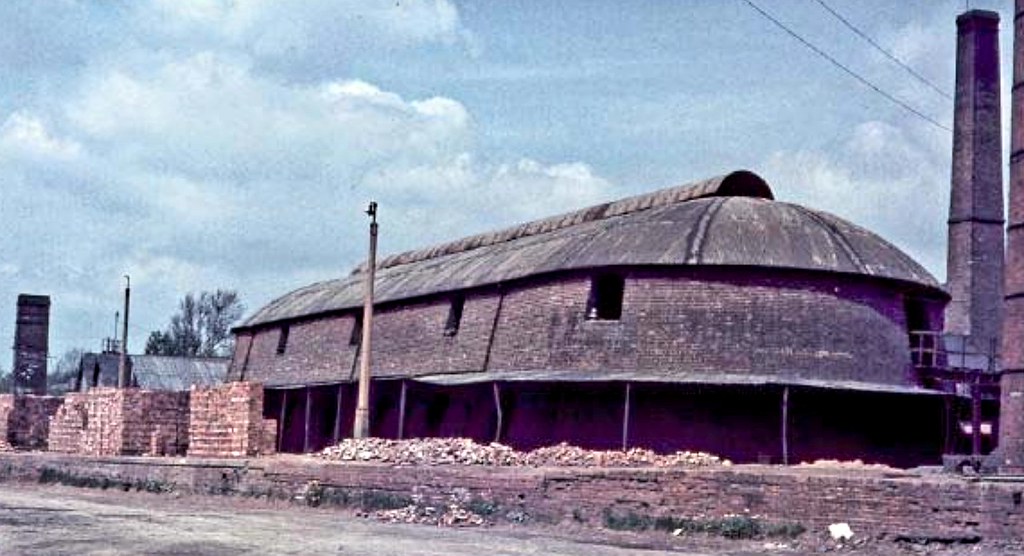 And starting to slip into dereliction (year unknown):

Now it is one of only six Hoffman kilns remaining in the UK, the others being at Prestongrange, Llanymynech, Meal Bank Quarry near Ingleton, Craven and Murgatroyd lime works, Langcliffe and Minera Quarry near Wrexham. The structure has been Grade-II listed since November 1986 but remains in a sorry state. The site’s current owner, industrial goliath Tata Steel, has planning applications filed with Erewash Borough Council’s to build 116 houses on two separate plots. However, much of the land was used for the dumping of offshoots from the nearby Stanton Ironworks. This includes clay pits filled with blast furnace and concrete slurry, oil residue, coke grit, ammonia and sulphur building waste including foundry sand, spent lime and asbestos-containing materials. The good news is that Tata intends to work with the Derbyshire Historic Buildings Trust (DHBT) to hand the kiln site over to the Derbyshire Archaeological Society so hopefully this historical industrial structure will be saved.

2. The Explore
With two fails nearby, namely Milford Mill (contractors on site starting demo) and Norton Plastics (upped security post-fire last year) we turned our attentions to the Hoffman kiln at the former Oakwell brickworks in Ilkeston. It comes up from time to time on here and is not the most spectacular of explores. But what it lacks in sheer wow factor, it makes up for in terms of its historical importance and photogenicity. Once in we had the place to ourselves and started snapping away. Not much else to say apart from if you are in the area, it is well worth a look.

First view that greets you through the woods: 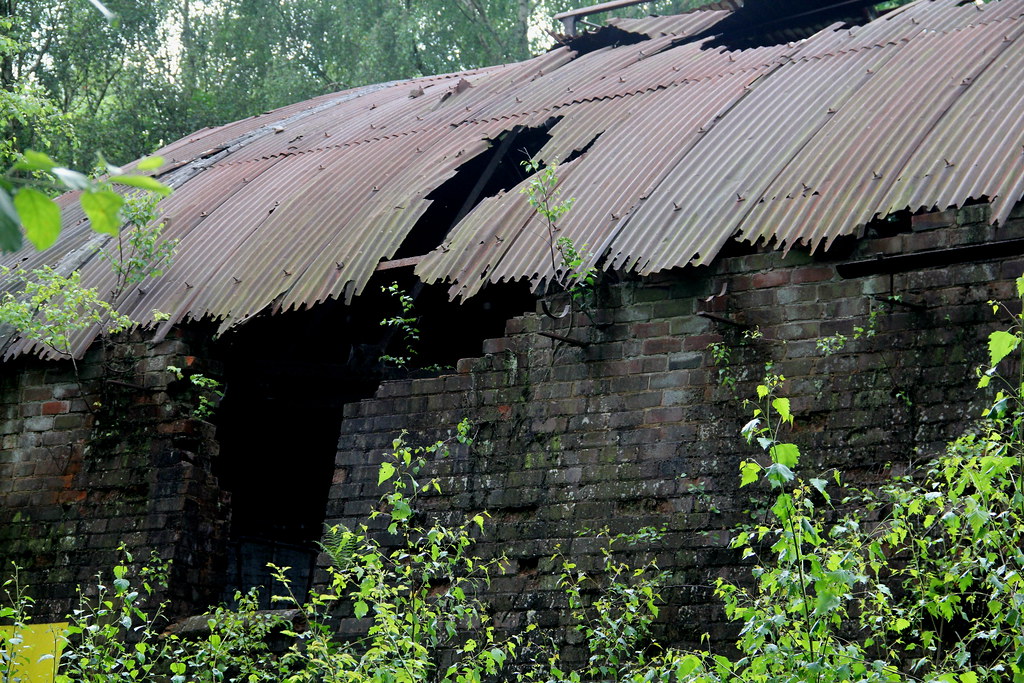 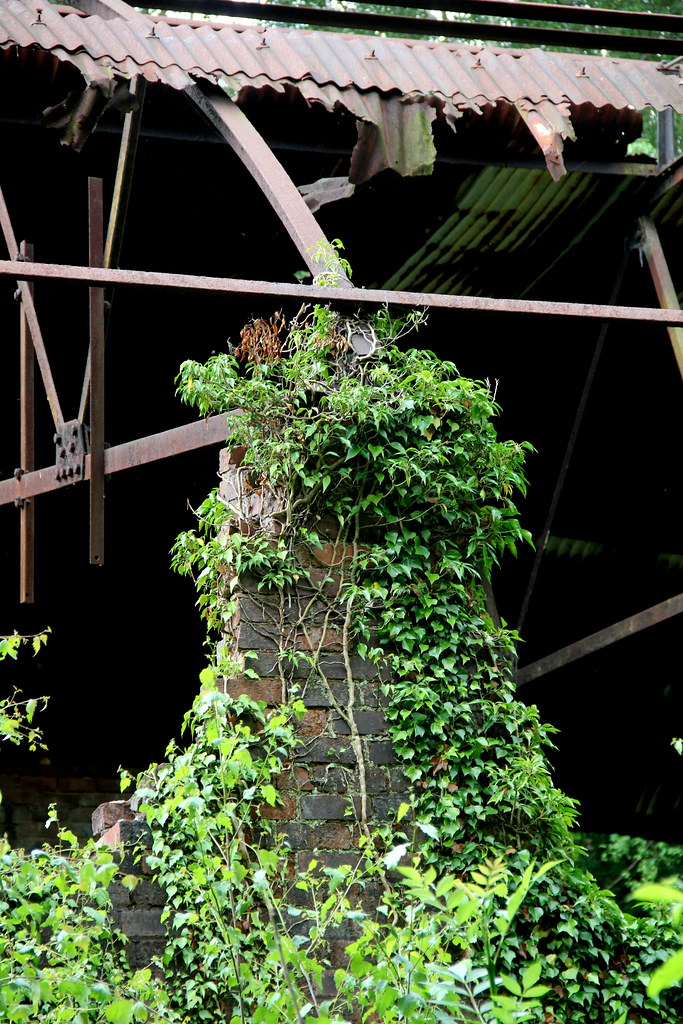 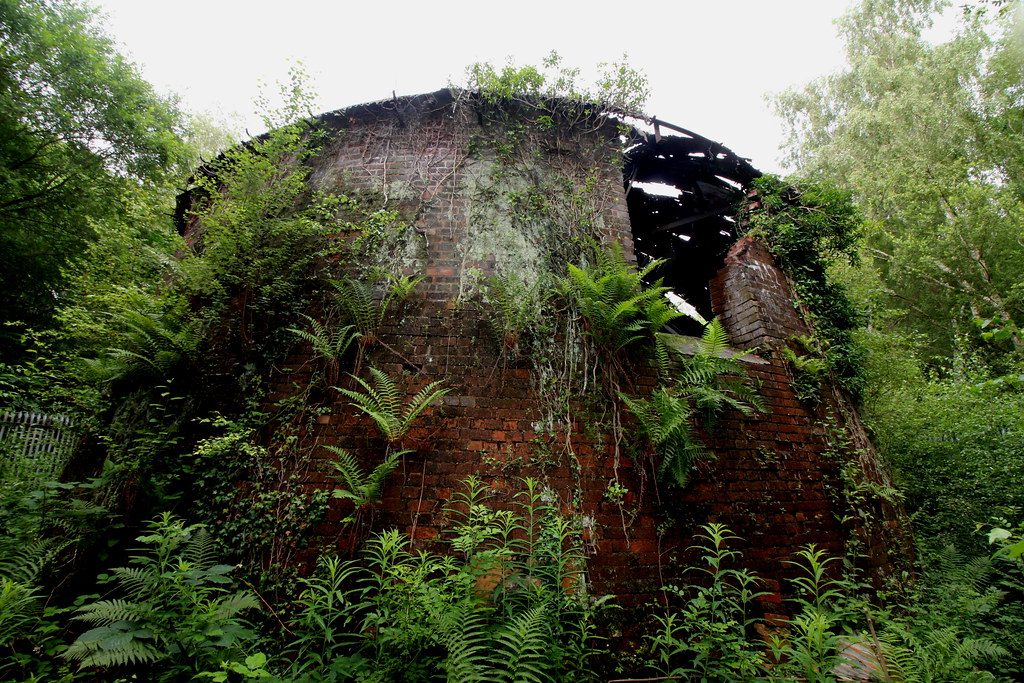 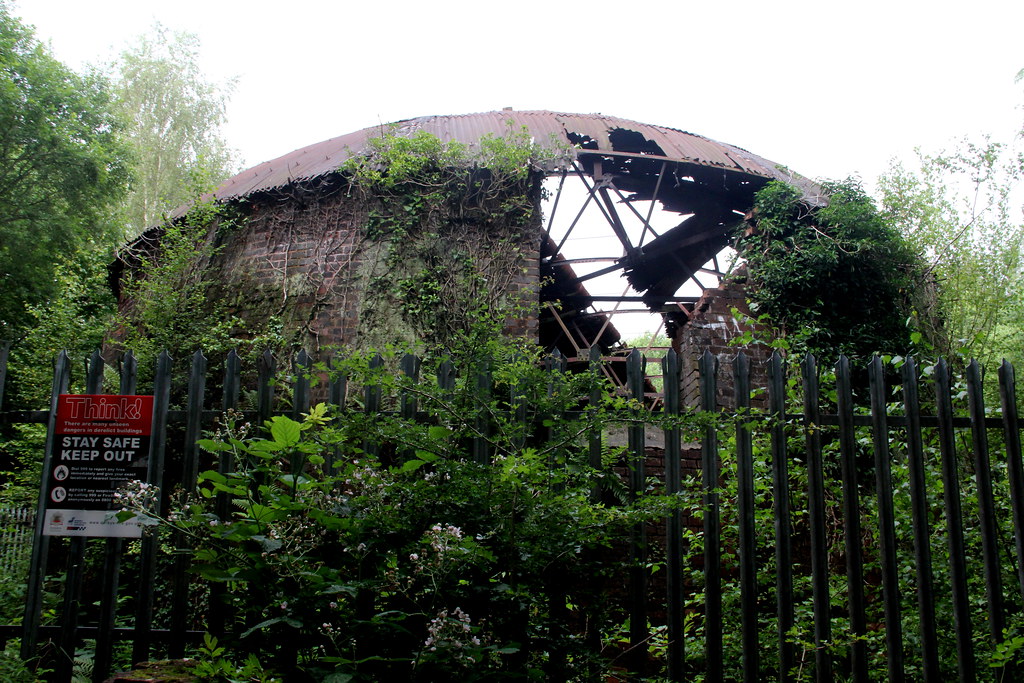 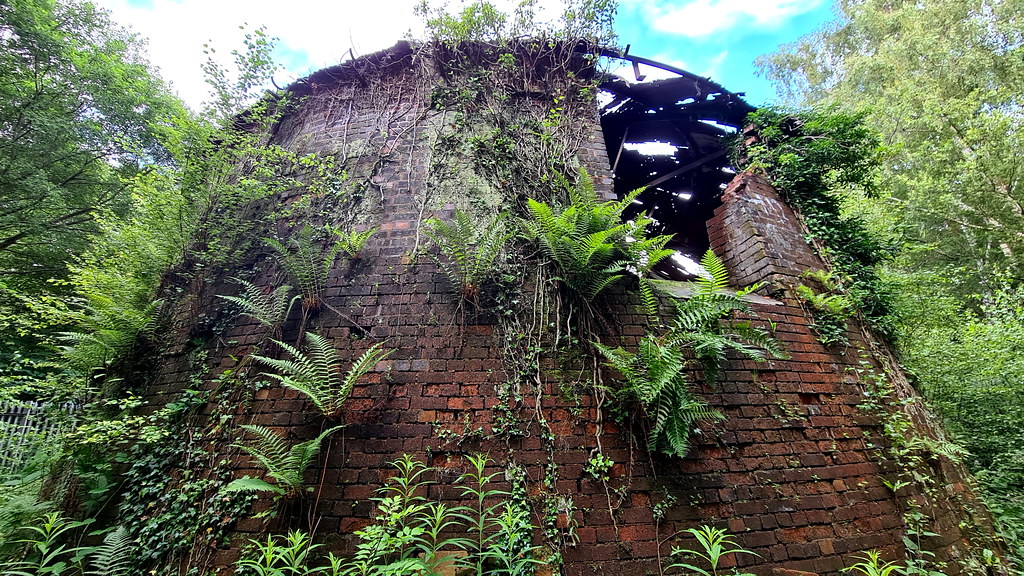 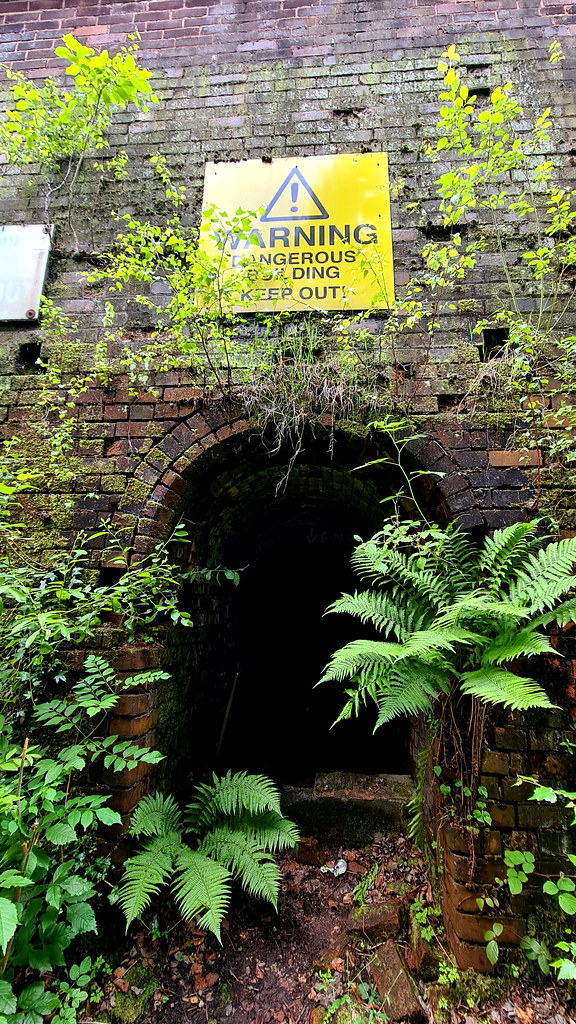 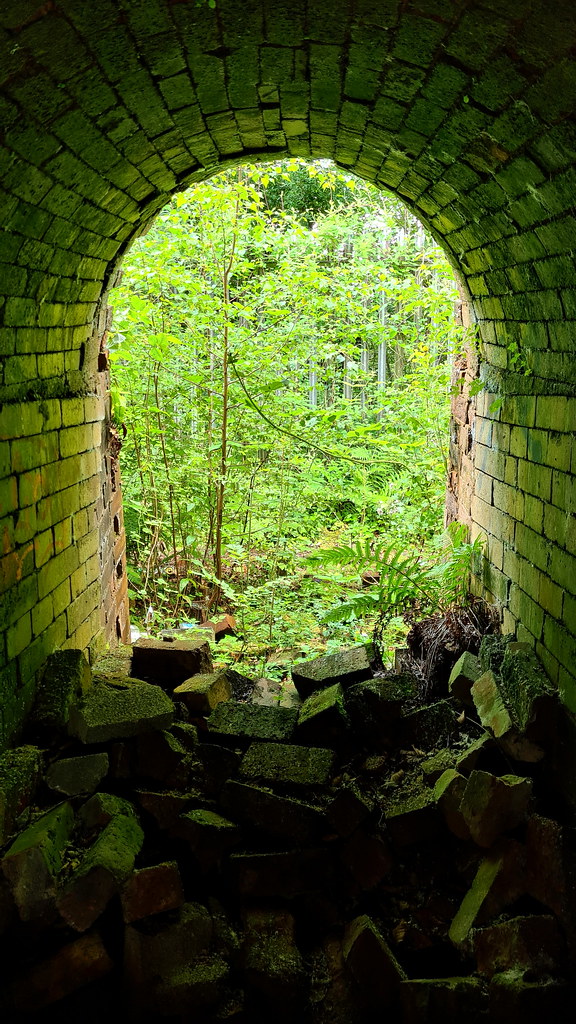 A quick circuit of the main fire passage to start with. This part has some nice natural light: 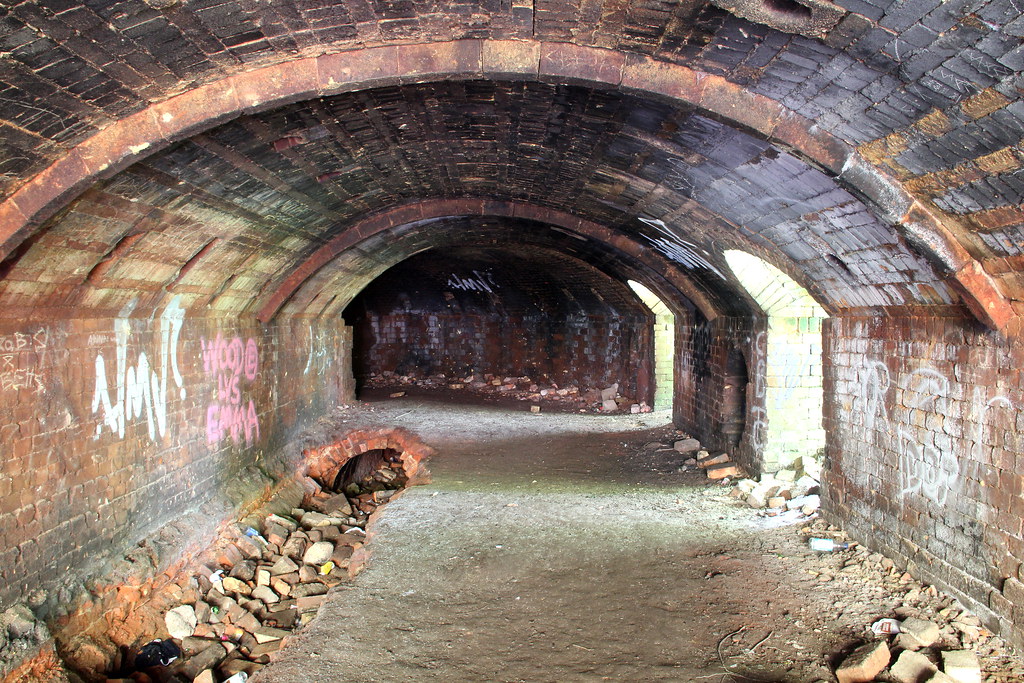 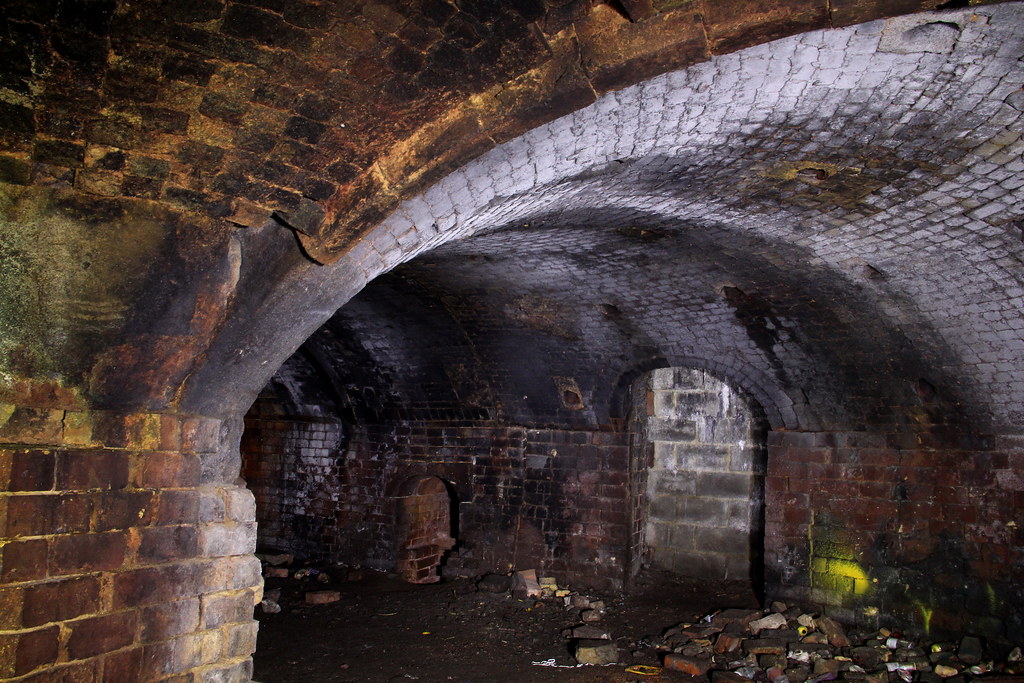 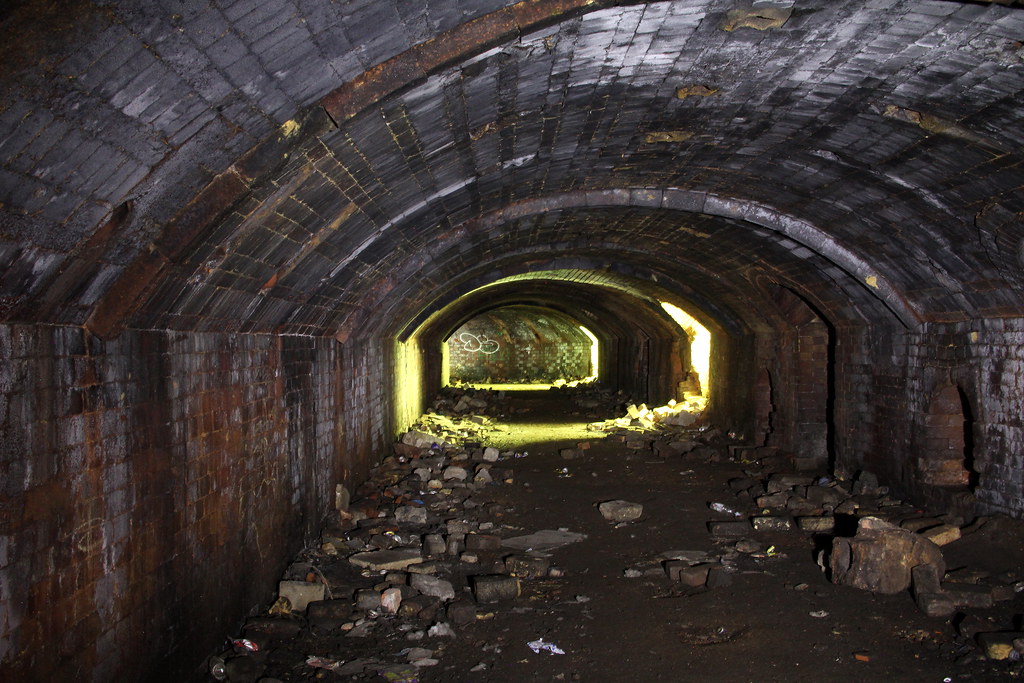 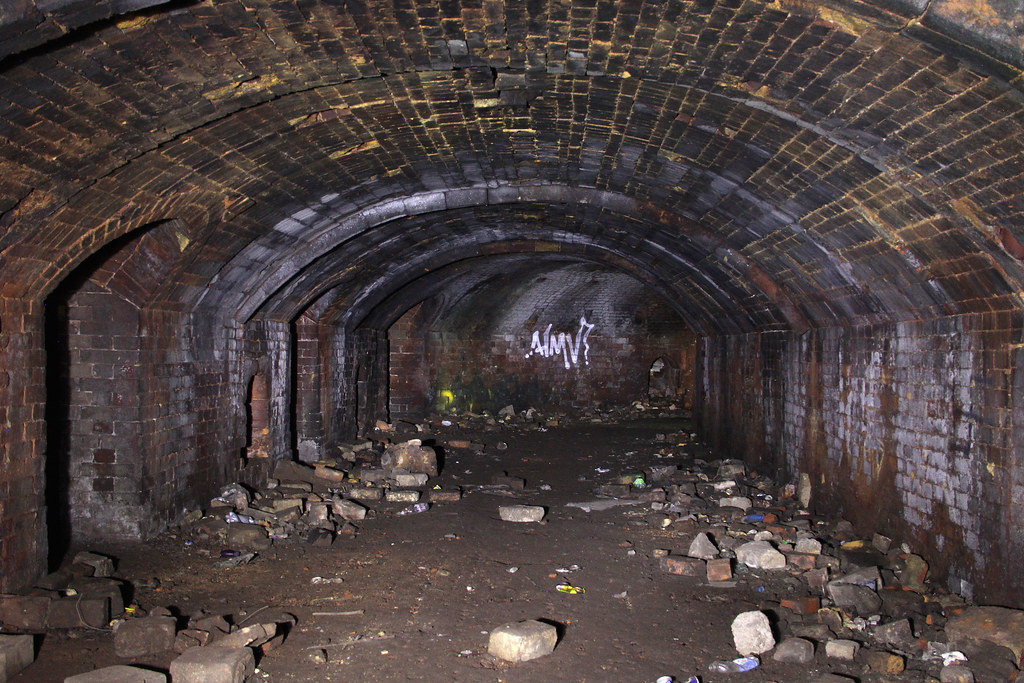 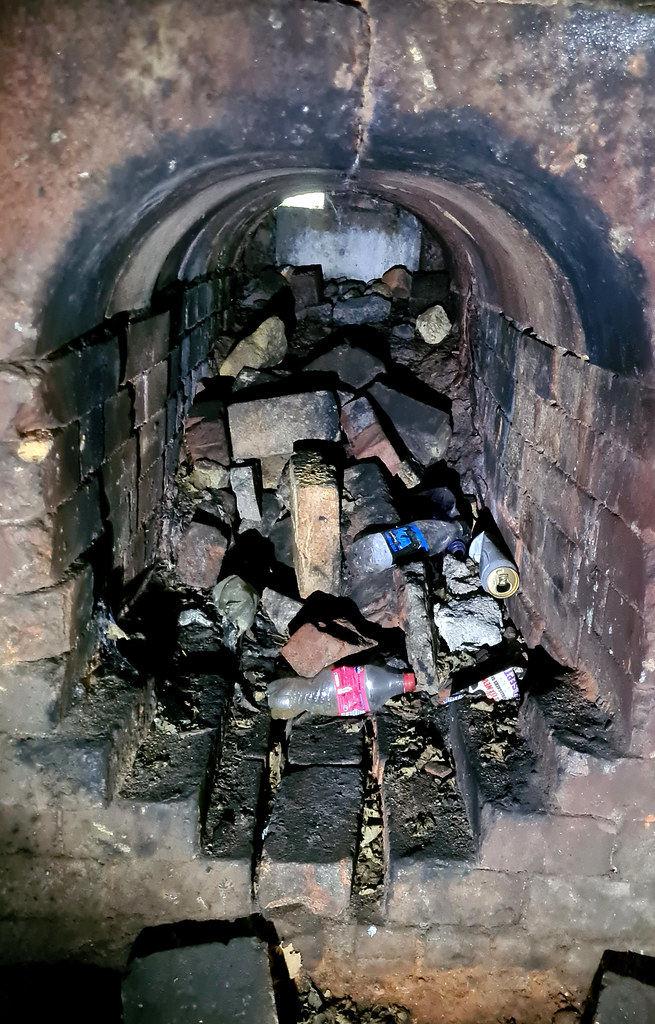 And round the corner back into the light: 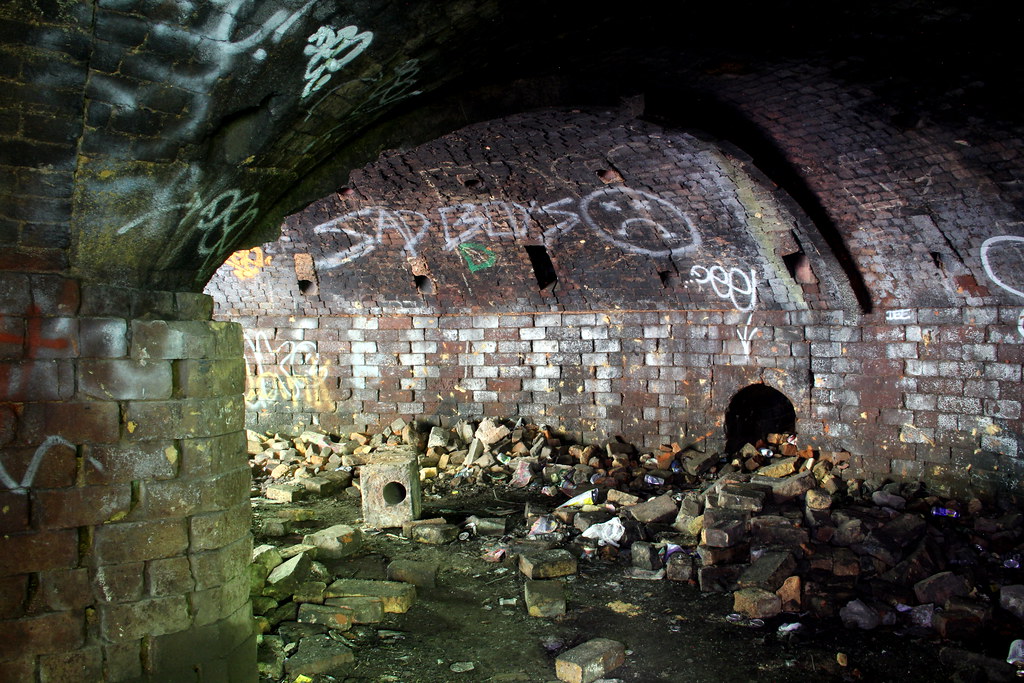 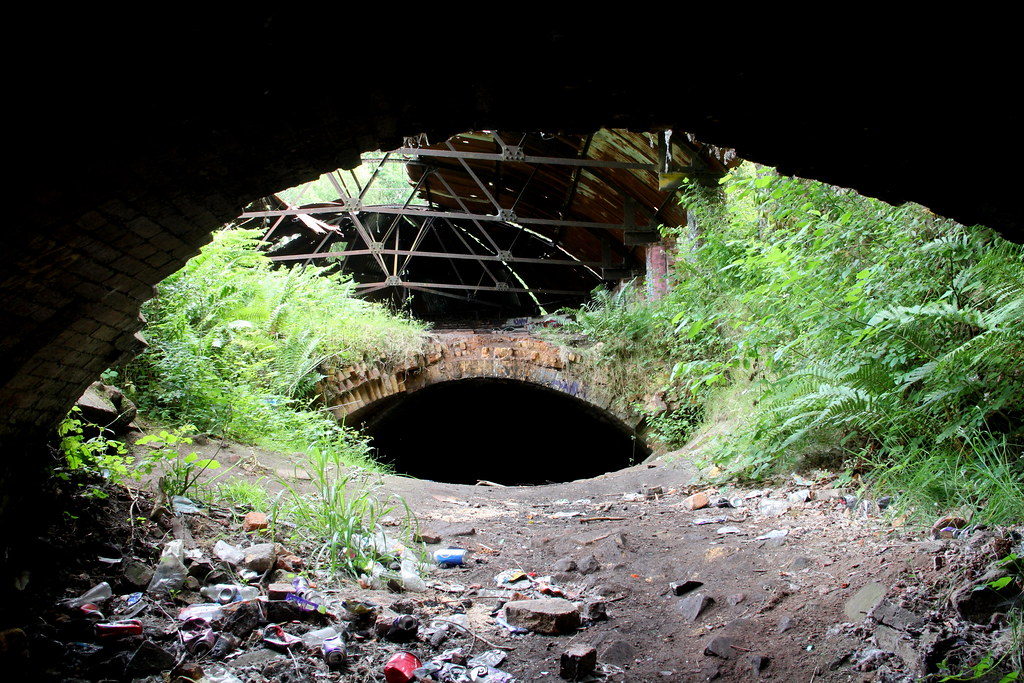 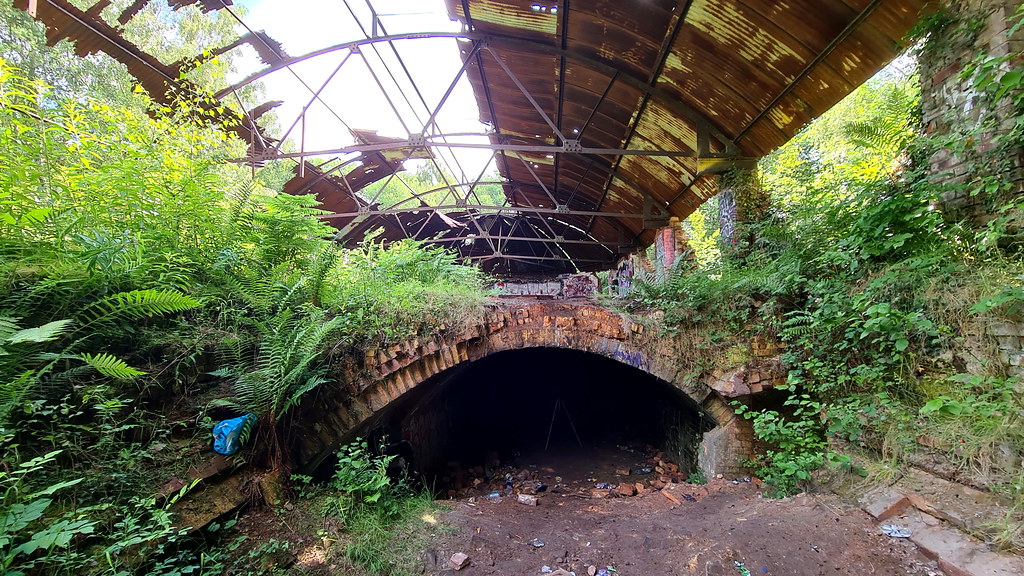 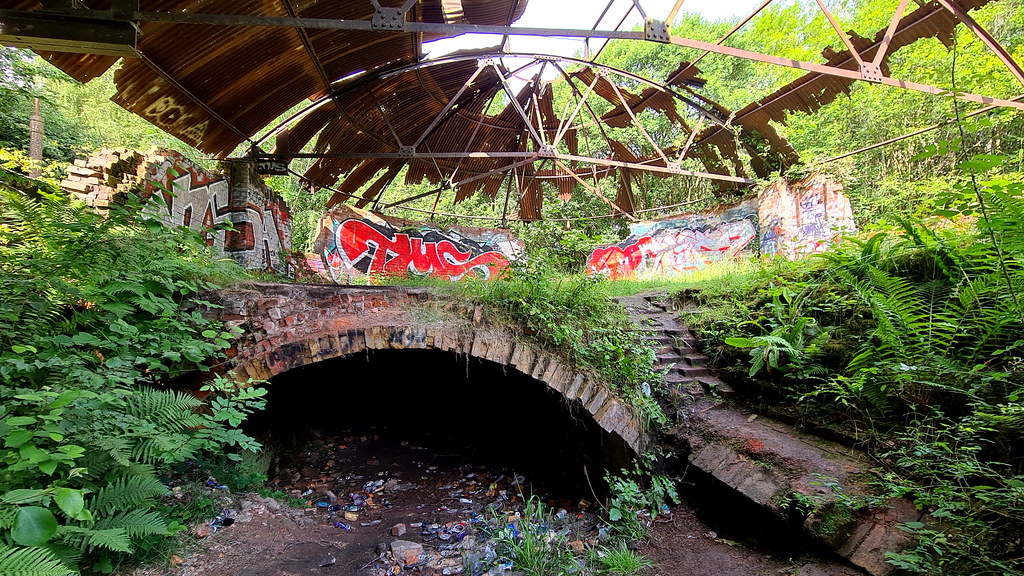 On to the upper floor: 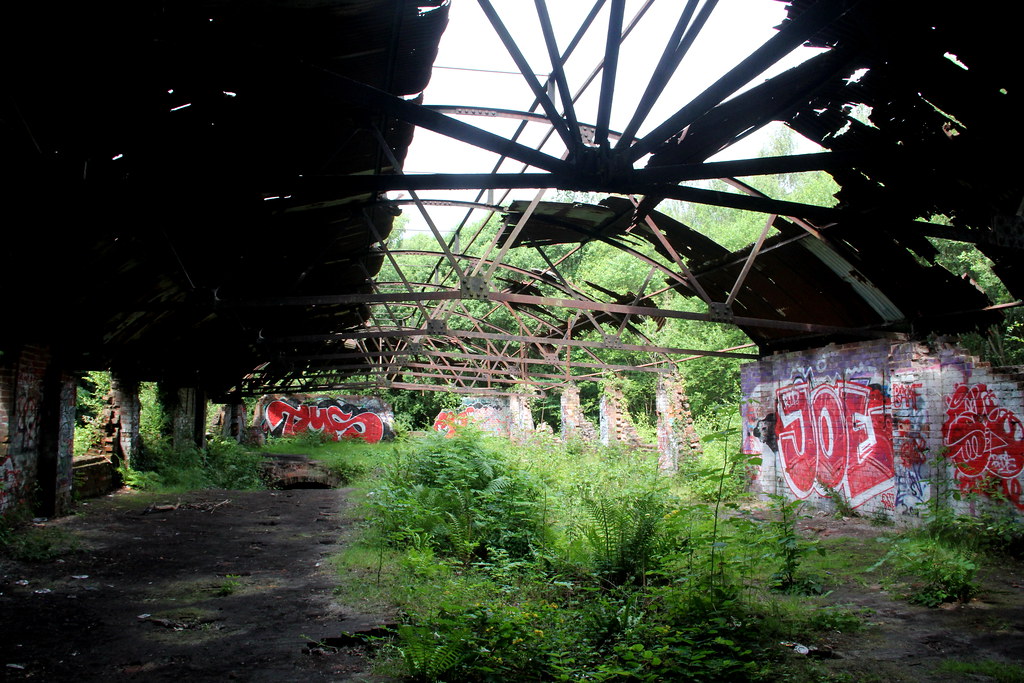 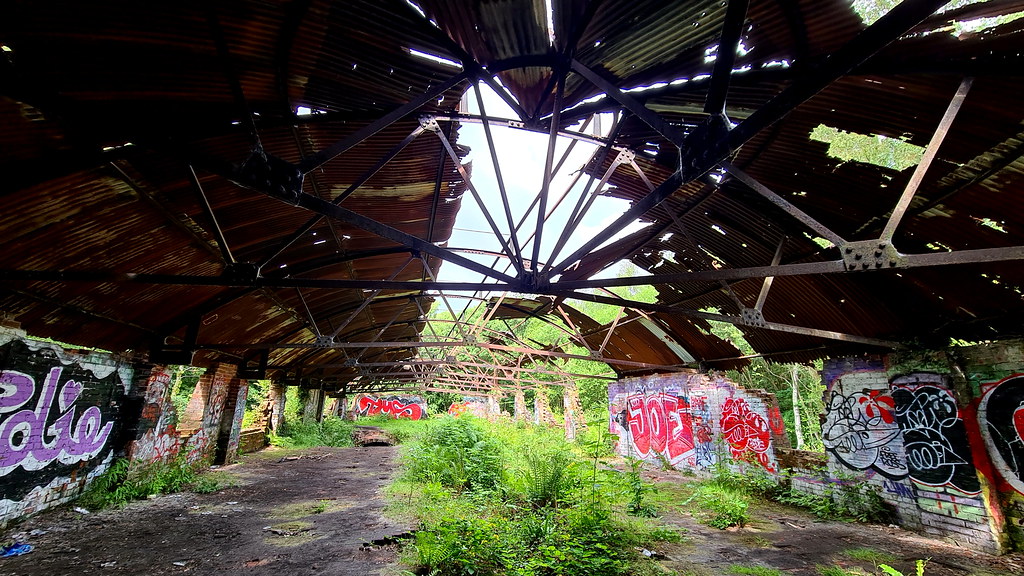 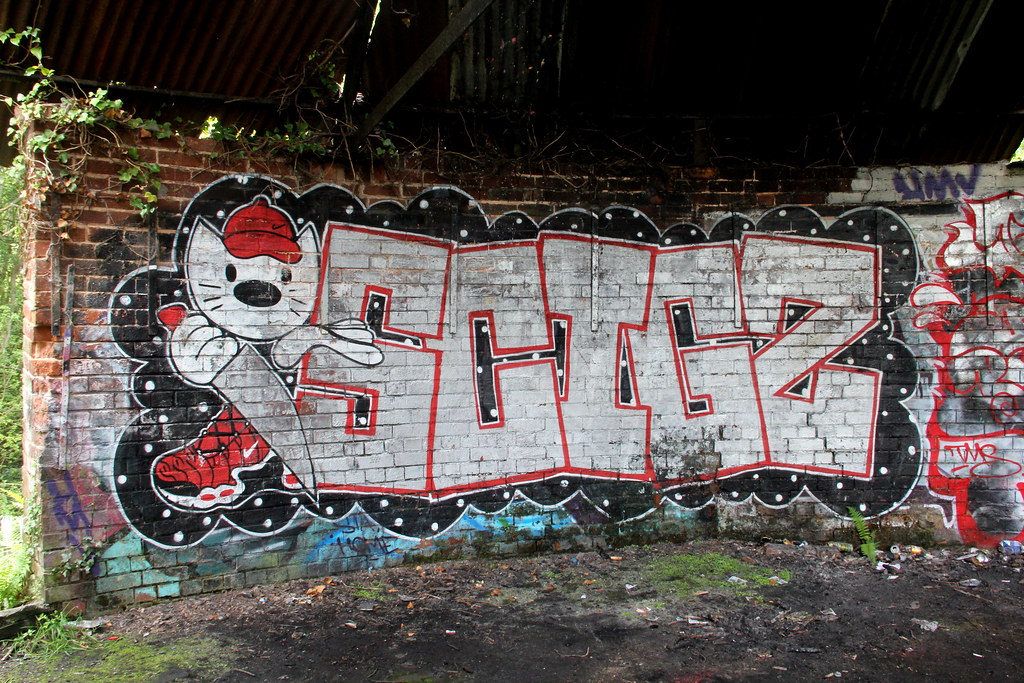 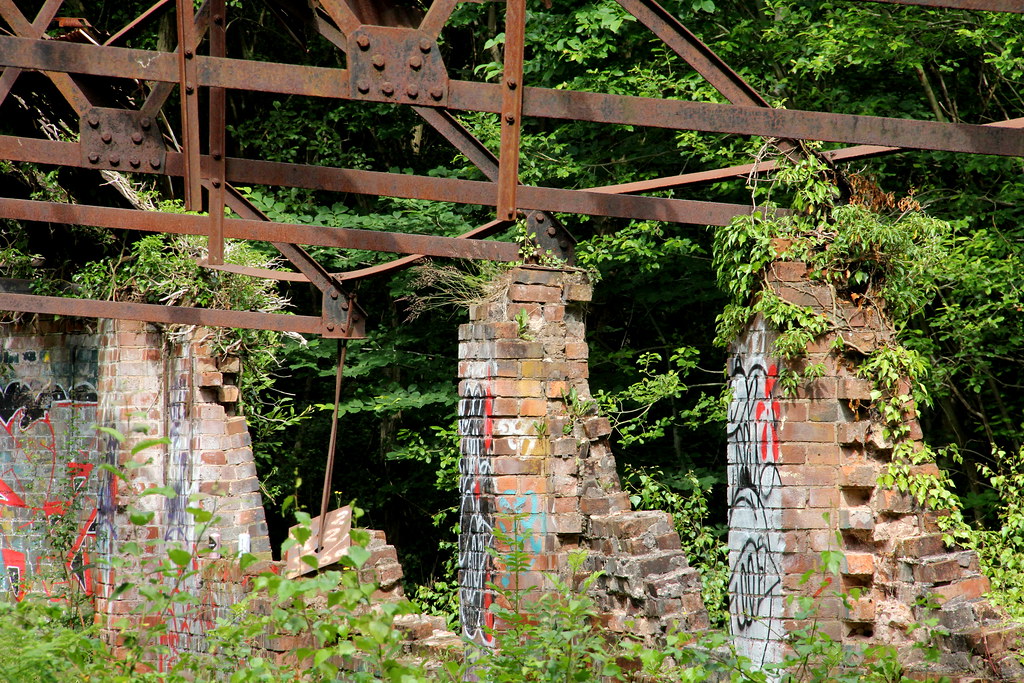 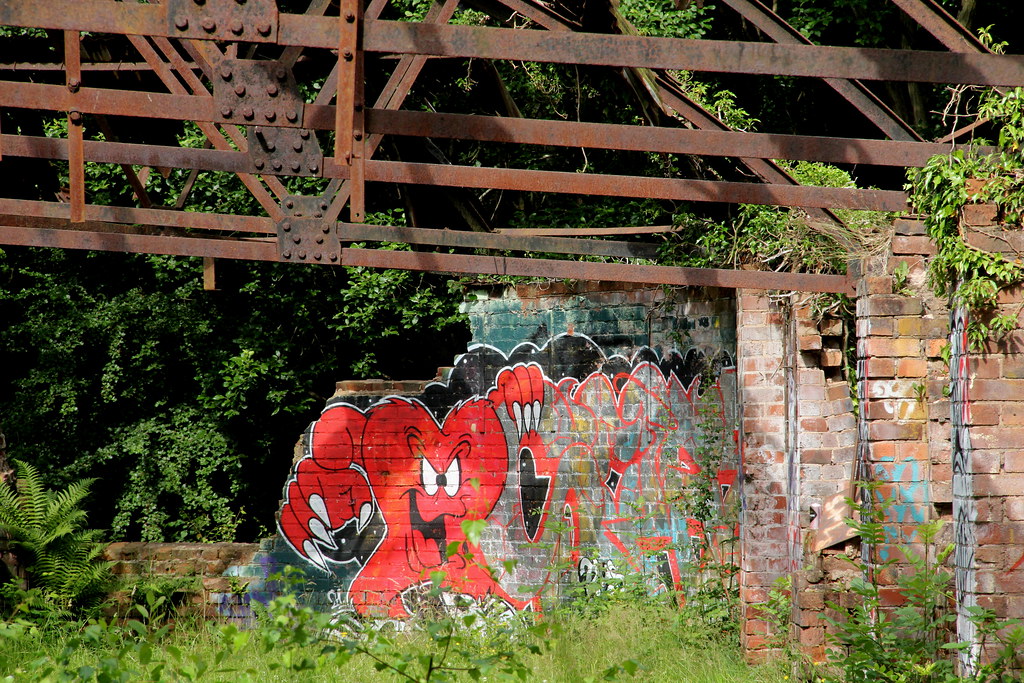 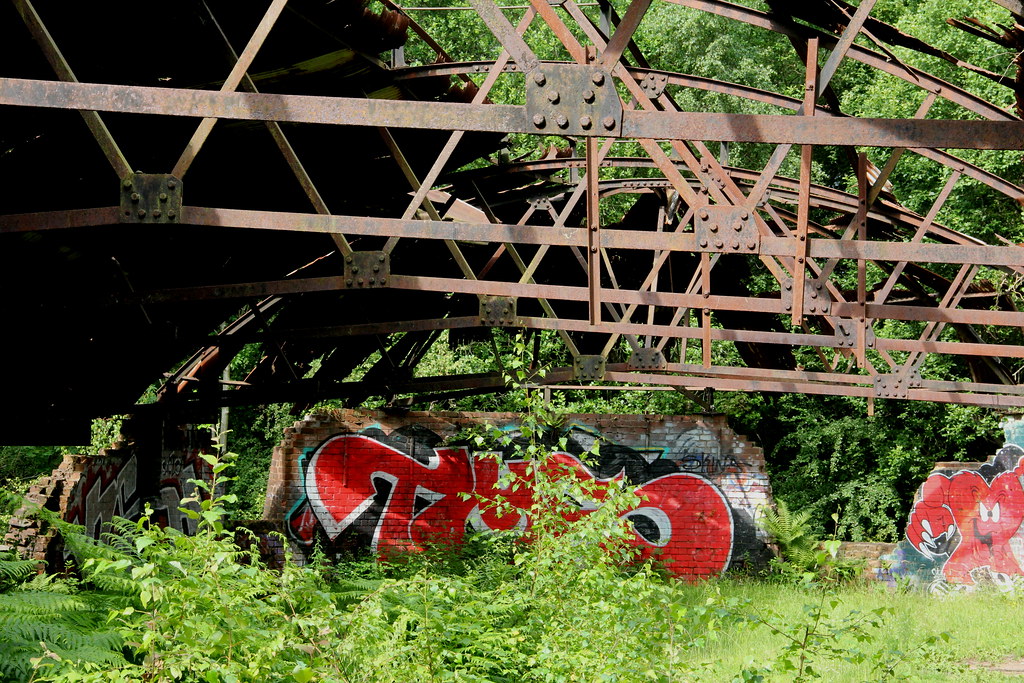 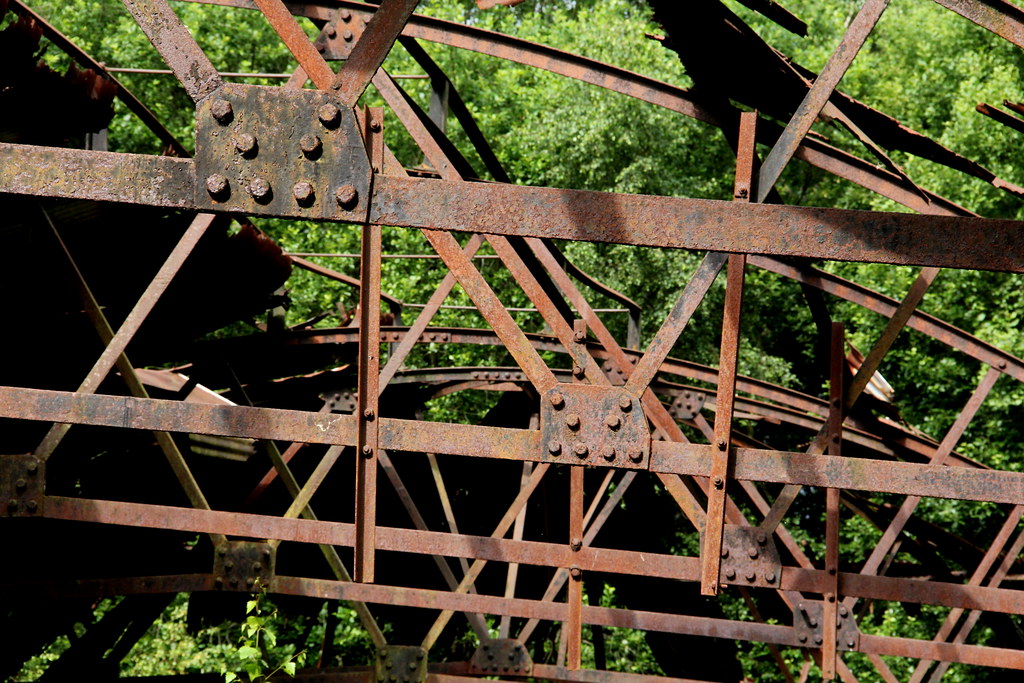 Bricked-up end of smaller kiln nearby: 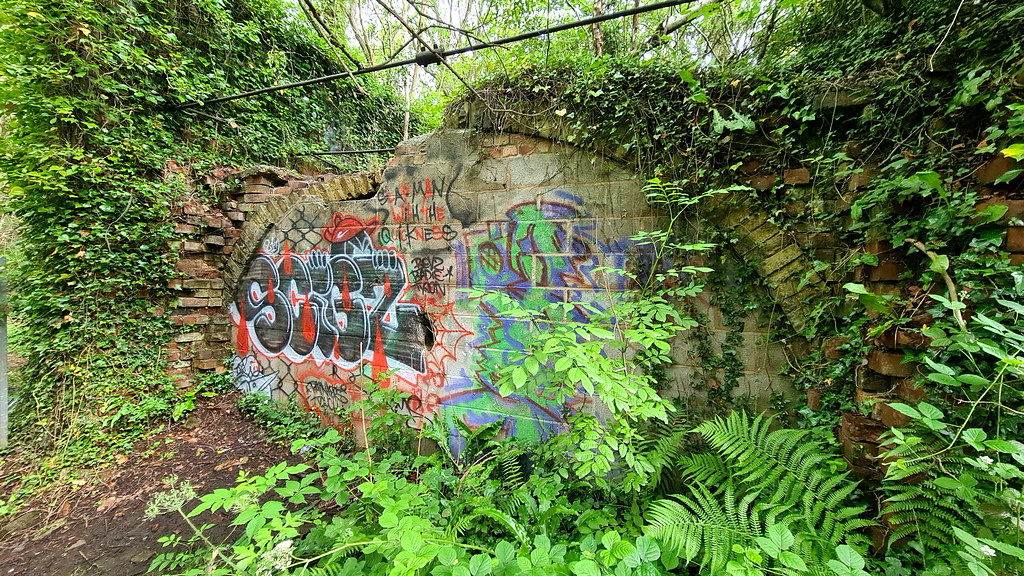 And looking inside (excuse the angle!): 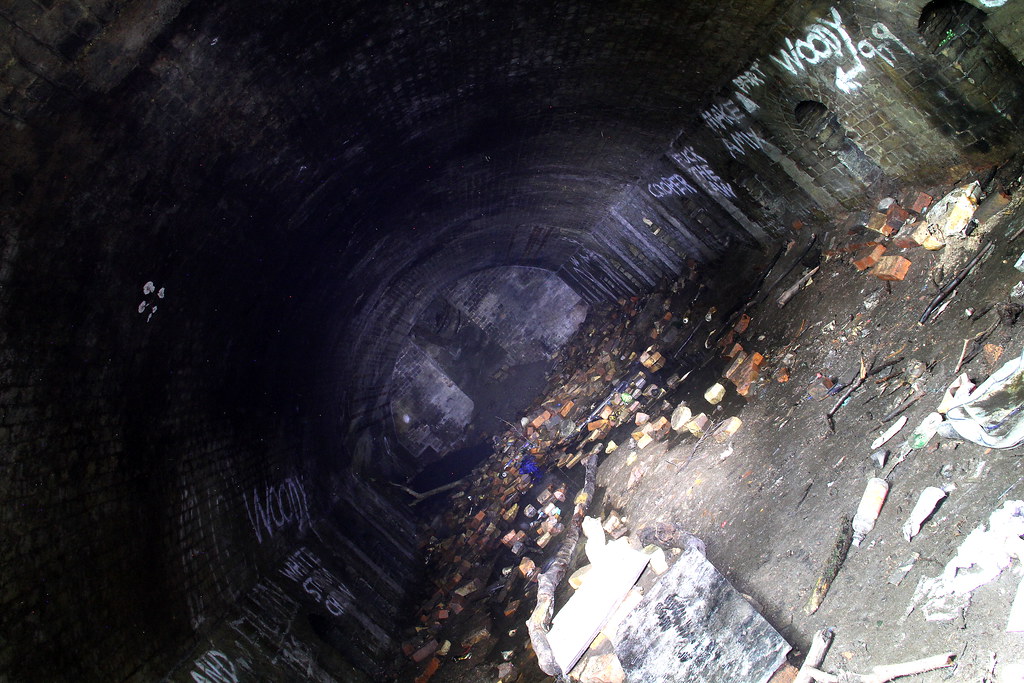 Finally, another now collapsed building with another bit of Scigz’s work: 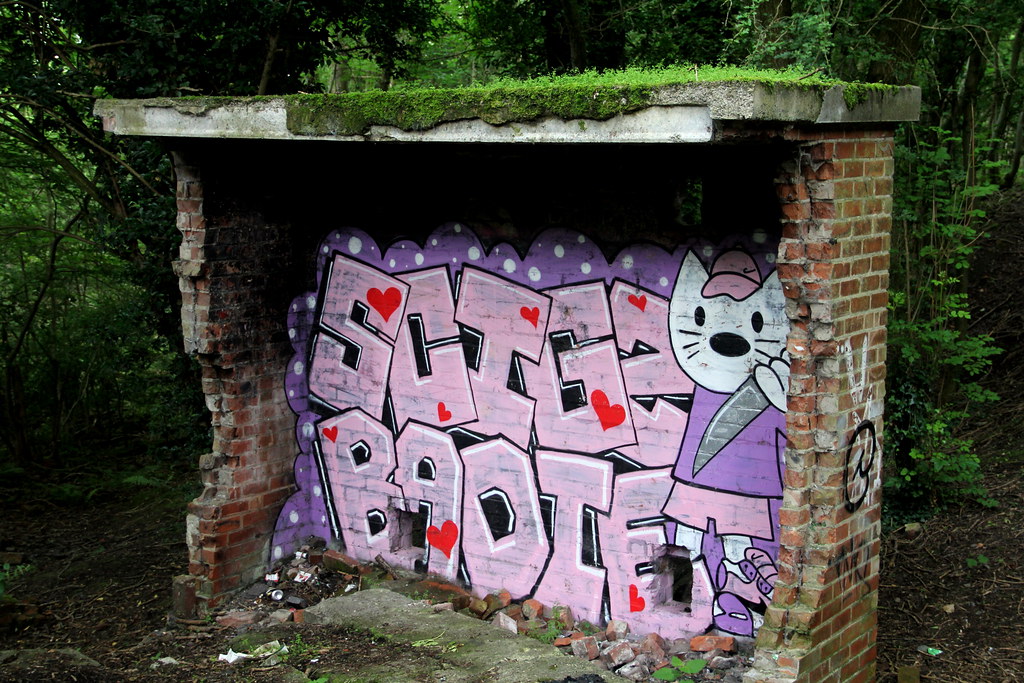