The pictures are of when me and some others came across this old observatory camp using a search of our local areas. As soon as we found out where it was located we decided to scout it out for entrances. We was all very surprised that it was still standing as this was quite local and we never saw or heard about it before. We originally only went to see if we could see if there was any previous entries or access points into the place but certainly changed our minds after seeing a huge entrance making it very easily accessible, unfortunately we had to keep it a short visit as had to be somewhere else. I think we will definitely go back to explore the rest of the place when we have some more free time!

Apologies about how many pictures there are and that some pictures are blurry as some of them was taken at night time where a phone camera performs awfully. The small building of the three. 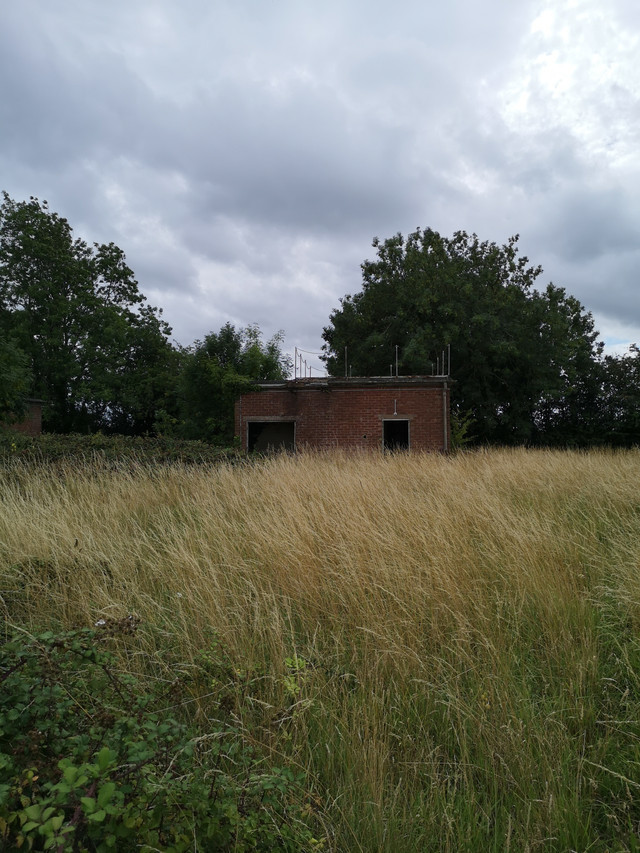 It looks as if someone has moved a bunch of furniture into the long building.. 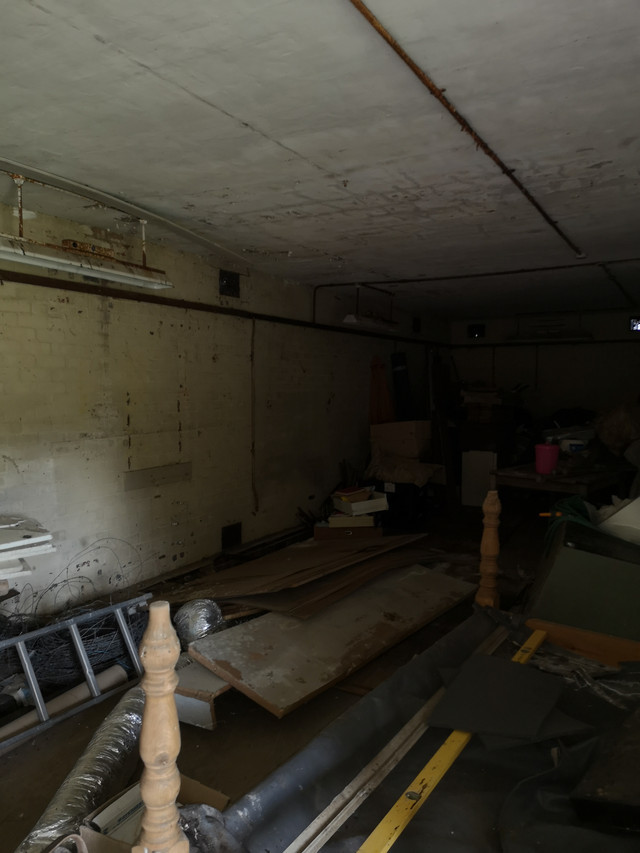 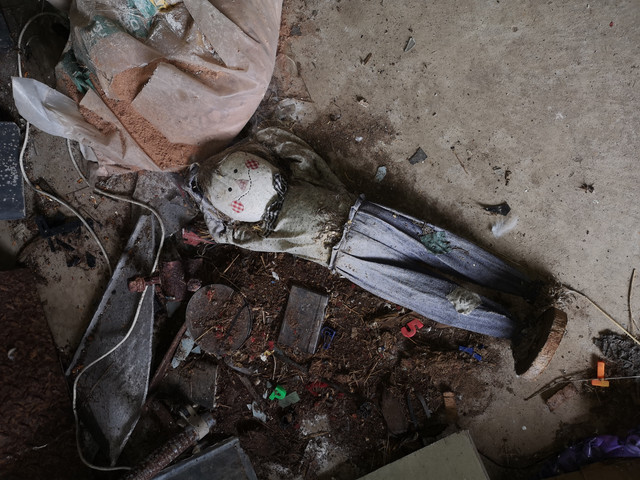 More pictures of the random storage.. The smallest building had been emptied, however seemed to be floorboards you could of pulled back at some point, however they was rotting and would've snapped if done so, and the other bunch was buried in dirt so was near impossible to lift. Inside of the military hut there was this. Was extremely cool to see in person as I believe this hut use to hold a huge piece of equipment in (I believe it was something to do with a radar system.) 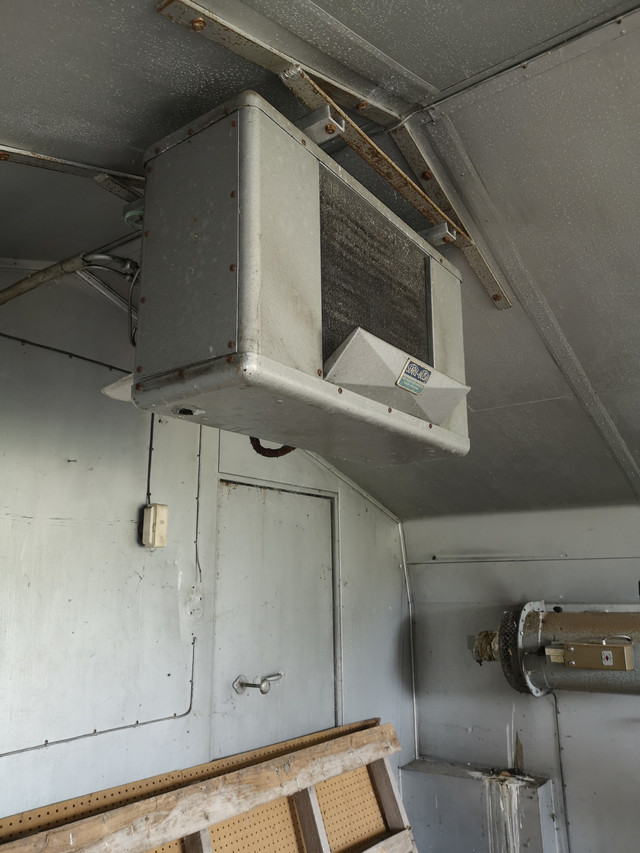 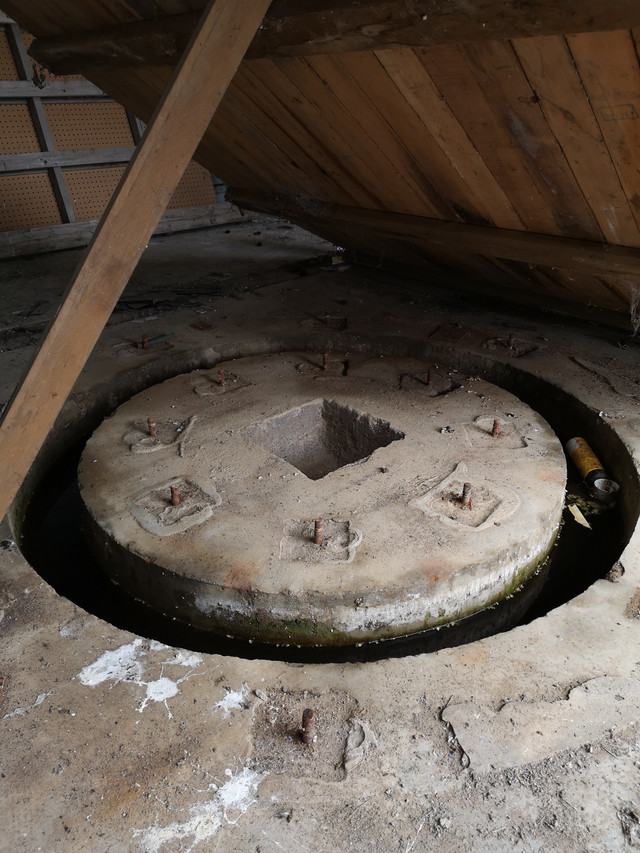 Some of the remaining bits inside one of the military buildings. A picture of what the huge piece of equipment looked like. 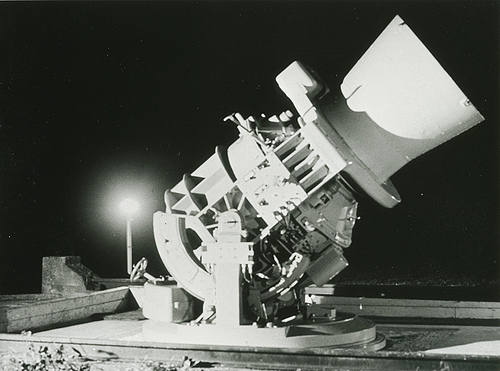 Some history found on a website after a few quick searches briefed up:
Early years of the second world wars.
A small Very High Frequency [VHF] ground wireless station for the RAF station at Pershore was established on that site.
Commucation site needed high ground, Sheriffs Lench was perfect for this.
During 1955/56 the construction of the plinth and housing by the Royal Radar Establishment (RRE) Malvern began for the building of a Ballistic Camera.
During 1957, amid great secrecy, construction of two brick built, single story buildings began.
The smaller of the two buildings housed a diesel electricity generator at its associated water cooling tanks.
The longer building of the two buildings was a Main Transmitter Hall
The original purpose of this project was to track the Blue Streak missile [a British medium range ballistic nuclear deterrent], however, when this project was cancelled in the early 1960’s it was decided that the Hewitt design could be used to track satellites for geodetic analysis.
In 1982, when it was decided to close Sheriffs Lench due to leasing and safety problems, a space was found for it at the Royal Greenwich Observatory at Herstmonceux.
In 2022 there's currently a notice saying that the sign could possibly be converted into houses.

Link to the planning that is currently ongoing I believe... Planning application: W/22/00307/FUL - Wychavon District Council

Any feedback on this report would be appreciated (I apologise some photos are blurry),
Hope you all enjoyed this report, was a fun one, can't wait to go back out exploring again!

Nicely done, pics r good & u made the most out if the place.

Definitely some interesting history of the place!!


BikinGlynn said:
Nicely done, pics r good & u made the most out if the place.
Click to expand...

Thanks mate, I recently returned this month and it's definitely looking worse than in these pictures I think it doesn't help that the entrance now has a MASSIVE entrance point allowing anyone to come and go as they please with ease.

Interesting place. Nice pics.
I wonder was that Radar/Equipment mounted inside the building?

HistoryBuff said:
Interesting place. Nice pics.
I wonder was that Radar/Equipment mounted inside the building?
Click to expand...

Glad to see this site again and the changes since I first visited eight years ago. Thanks for sharing. Looks like most the fittings and original bits have gone missing.
My understanding is the camera cover was insulated and air conditioned (big bit of rusting equipment on the back). They'd monitor the weather and try and predict the temperature at the time of nightfall, then over the day cool the entire telescope down to that temperature. If it wasn't perfectly matched then the moment they pulled back the cover the lenses would cover in condensation from the cold night air.